Review: The book “100 Most Beautiful Castles in the World” – Publishing house “Book World” – Book-bait: where would you like to go?)

The book “The 100 most beautiful castles in the world” is the brainchild of a team of European travelers, text and photographs were collected under one cover, translated into Russian by Daria Nelepina and published by Mir Books in a limited edition of 4000 copies. If you did not get it, you can read the electronic version of the publication

This is a kind of guide to the most beautiful palaces, castles and fortresses of the world. The most beautiful, of course, from the perspective of the publisher: travelers write about the places they have visited, what they saw and felt personally. It is not necessary to share their opinion, but the publication is interesting enough, though not without flaws, useful for broadening the horizons.

The book itself is very large format, 24 x 35 cm, weighs almost 1.5 kg, 208 pages, coated paper, so that, to handle it is not particularly convenient. I can’t take it with me when I travel or in a drawer at work, so I have to read it at home). It’s probably for the best, because I can concentrate on something and not get distracted. However, although I really love paper books, this is one case where I want to recommend the electronic version. 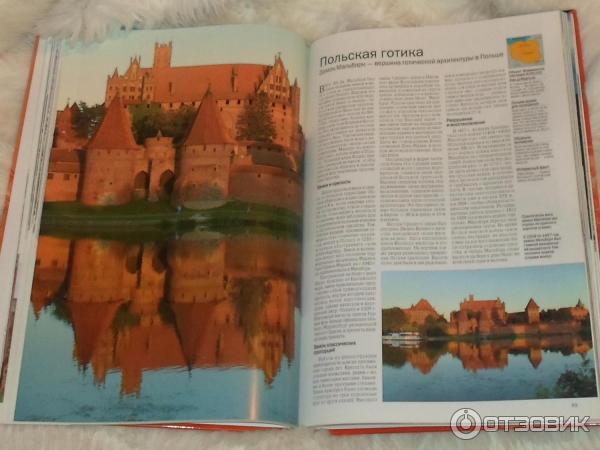 Each castle is given a spread, that is, two pages. It shows the location of the object on the map, gives information on how to get there, what time it’s better to go, and you can find interesting facts: for example, what original things to eat, what entertainment and cultural events to visit, what else is located nearby that deserves attention. For example, the Welsh castle Caerfilli has its own “Falling Tower”, the Romanian castle Pelesh the whole November is closed because there is a general cleaning, and near Cyprus Kolossi is the ruins of the sugar mill 14th century) However, the practical use of the book, in general, no, although the cover is decorated with the word “guide. It says you can get there by train – no train station; it says you can get there by bus – no bus number. Well, you get it)

READ
Isle of Man possession of the British Crown

The text is accompanied by colorful photos of the described places. In general, the photos are good, but somewhere blurred, unfortunately – apparently, they were stretched to the limit. Editor of the project “D”, you can not miss this. In general, the emphasis is on the photos, but somehow ineptly, the selection itself, the location on the page, size, often cause questions. They could print a wall close-up, without the general view of the building, or people in national costumes, although it would be possible to show the interior decoration of the fortress. And it’s little things like that that spoil the impression. 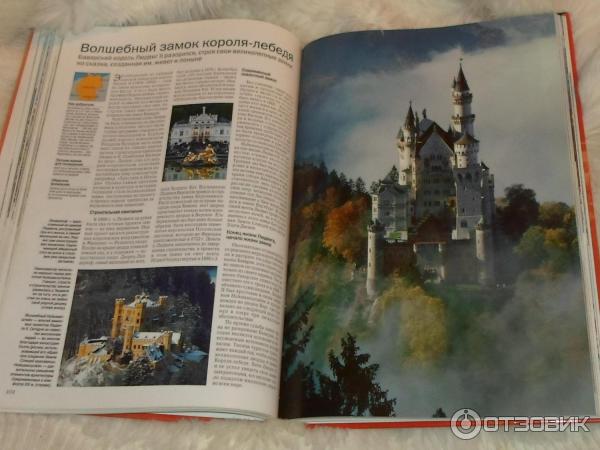 The beauty of the places described is subjective, of course, I personally found some of the buildings to be not only ugly, but even ugly)). But behind them is history, and covers a decent chunk of land – Europe, Asia, India, Africa, the Muslim world. It starts with Ireland’s Trim Castle, where Mel Gibson filmed Braveheart, and ends with Japan’s Matsumoto Castle, a samurai stronghold that now hosts a drum festival every fall.

America is strangely ignored, and Russia, Belarus, and Ukraine are touched upon in passing. The publication is not very new, therefore, included in the top 100 “Swallow’s Nest” – guess where on the map; but the kick in the direction of gastronomy St. Petersburg, which has become better, I do not understand. What was wrong with food in St. Petersburg? In what years did the authors visit the city? Such points should be explained so as not to seem halachic. 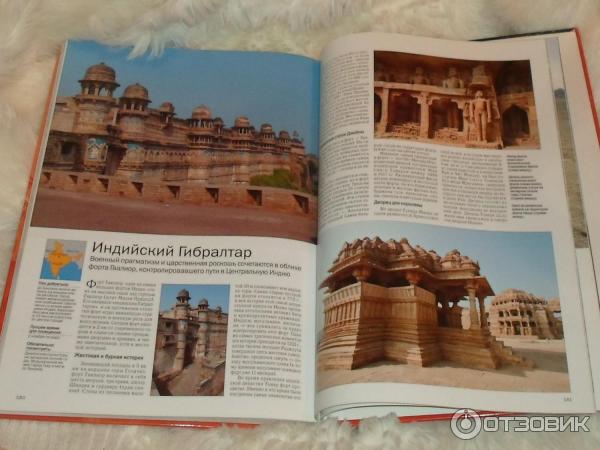 There is an ambiguous impression about the texts. The history of each castle is given concisely: who built, who lived here, who was killed, who did serious damage, who restored, what legends appear, etc. Yes, it’s fascinating. Did you know that legend has it that Glamis Castle in Scotland has a secret room where a monster lives?

Or even the Devil himself plays dice there) Practically, the birthplace of writer Joan Rowling, her mother is half-breed, half-French, half-Scottish, who knows what she told little Jo. And what inspired the now-adult Jo at the birth of “Harry Potter.” ) But I was surprised that, often, surnames are omitted and written simply something like: this castle has long belonged to a noble family, this castle in this place decided to build a Russian general. Well, what is all this? Names and dates are the basis of everything. I really don’t like it when a potential reader is considered a fool who won’t remember anything anyway. Maybe he won’t, but if you’re going to publish a guidebook, let’s do it properly.

READ
The world's 100 largest and most beautiful cathedrals

In general, if you’re going on vacation, the guide will not help to pave any particular route, but, to give an idea, to make you dream – where to go, what to see with their own eyes, yes, it can do that. Even if you’re not going anywhere in the near future, it is interesting to see what people have built over the centuries, to admire the craftsmanship. Not a bad base, so to speak, and if something is of interest, you can study the issue already in more detail, find additional materials.

All castles of the world

A castle is a structure combining dwelling and defense functions, residence of a feudal lord. Castles first appeared in medieval Europe and were intended to defend against enemy raids. Unlike castles they were personal property of feudal lords.

Medieval castles were characteristic of all Medieval Europe. They were most widespread in France (Loire valley), Germany (Rhine valley), Spain. Outside Europe castles were found in the Middle East (Crusader castles) and Japan.

The medieval castle of Trakai is a popular tourist attraction in Lithuania, and there are several other interesting sights in Trakai.

Hohenschwangau is a castle perched on a mountain in the middle of forests and lakes. The history of knights’ tournaments and tales of noble kings are reflected in the decoration of the halls.

Chateau Malmaison is the former residence of Josephine, the first wife of Napoleon Bonaparte and the first French empress. It is located 20 km from Paris.

Details about the history of the castle Czech Sternberg, as well as all the necessary tourist information, prices and tours.

History of Sforza Castle, its museum and underground tunnels, as well as all the information you need to visit it.

Linderhof Castle, a true masterpiece of Bavarian architecture created by the Romantic King Ludwig II, attracts tourists from all over the world.

READ
Saint Helena is an island of volcanic origin

Kreuzenstein is a knight’s castle with a rich collection of weapons, beautiful chapel, knight’s hall and hunting room, it takes half an hour to get here from Vienna.

A detailed description of Konošpīte Castle in the Czech Republic. A brief excursion into the history, where is located on the map of Bohemia, what to look for during the tour

Detailed description of Karlštejn Castle in the Czech Republic with a brief excursion into history. Where the landmark is located, peculiarities of architecture, what excursions are held today

Full description of the castle Hluboka nad Vltava. Where is located, the history of the castle, the features of the landmark today

The Austrian castle Herberstein is a must-see during the famous tour “The Road of Castles of Styria”. In high season it is visited daily by thousands of tourists.

The castle or correctly Fort Löwenstein is famous in the Netherlands, a fame associated with the scholar Hugo Grotius, who escaped from the castle in 1621.

The most famous and probably the most beautiful castle in the Netherlands, Meuderslot, is located in the city of Meuden, which is 15 kilometers from Amsterdam.

Bodelwydan Castle is located in Wales, Denbyshire, a castle with a rich history and a park, which occupies a significant area and of course ghosts.

The picturesque ruins of Berry Castle Powmroy is located in Devon, England. The local atmosphere impresses absolutely everyone.

Zolochevsky Castle in Lviv Region (Ukraine), at different times in history was a royal residence, prison and school, now a museum.

Direct indexed hyperlink is obligatory when using materials of this site in full or in part.

Photo and video materials published on this site are the property of their authors and are used solely for informational purposes under a Creative Commons license.