UNESCO World Heritage includes 206 natural and 35 mixed (cultural-natural) sites in more than 150 countries of the world. The natural sites included into the list must correspond at least to one of the four criteria, imposed by the UNESCO organization (the special aesthetic value, the outstanding sample of the main stages of the planet development, the diverse habitat, the sample of ecological and biological processes in the ecosystems and in the plant or animal communities).

Detailed description of Loire valley in France. Features attractions, the history of the castles and their architecture, what excursions are held today.

The Kaziranga Park in India, its popularity is due to the endangered species of one-horned rhinoceros for its protection and created the park.

Rocky Mountain National Park in Canada is a prime example of the nature of this region where nature is the most important attraction.

The Champaner Pawagadh Archaeological Park in India is a World Heritage Site and a former city and tourist ruin on a 42 km long plateau.

In the heart of Patagonia at the southern headwaters of the Andes, glaciers surface in the middle of rocky mountains to form a bizarre terrain of beaches, mountains and ice.

Belovezhskaya Pushcha is a unique natural complex that can amaze all its guests with its diversity.

Park Guell is one of the most fantastically beautiful places on our planet.

READ
100 Most Beautiful Buddhist and Hindu Temples in the World

Smolensk Lakeland National Park was founded in 1992, on its territory there are 77 archaeological monuments.

Ugra National Park – a number of separate woodland areas in Kaluga region, in 2002 it was awarded the status of UNESCO Biosphere Reserve.

Cinque Terre or Five Lands is a very beautiful National Park on the west coast of Italy.

The Durmitor National Nature and Landscape Park was created in 1952 and is a UNESCO World Heritage Site.

The Canaima National Park in Venezuela is a lost world from the books by Arthur Conan Doyle and was founded on June 12, 1962.

Yellowstone National Park in the United States is widely known for its numerous geysers, thermal springs, scenic landscapes, and rich flora and fauna.

Lena Pillars is a natural wonder and park in Russia on the Lena River, a natural mountain system two hundred kilometers from Yakutsk.

World Heritage Sites are of great interest to the inhabitants of the planet. The uniqueness of sites makes it possible not to forget the greatest monuments and special areas of nature, demonstrating the limitless possibilities of the human mind and the boundless richness of nature. 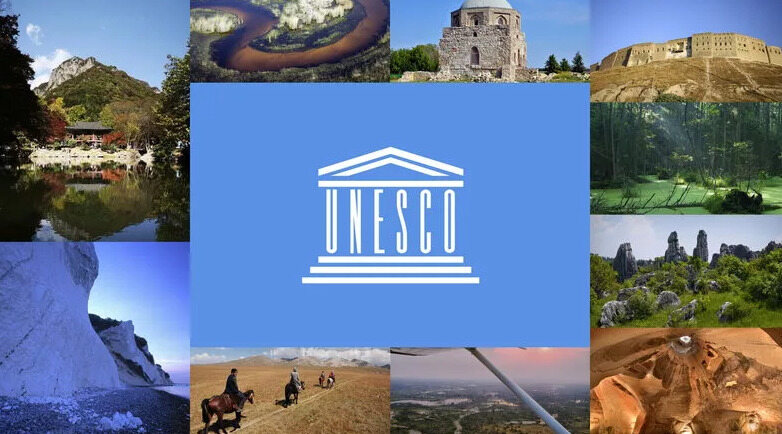 What is World Heritage

World Heritage is the structures and places of the planet that have been selected by the United Nations for science, culture and education on the basis of the Convention concerning the Protection of the World Natural and Cultural Heritage. The purpose of the convention: to preserve and protect the values which are the heritage of mankind and were created thousands of years ago.

UNESCO is a UN agency for science, education and culture.

There are 193 States Parties to the Convention. The UNESCO list of natural and cultural world heritage includes 1,121 sites in 167 countries.

Monuments of human heritage under the protection of UNESCO are represented by unique cultural and natural objects, outstanding works of human genius, protected islands of natural landscape, objects of cultural and religious traditions of the past millennia. The list includes the Egyptian pyramids, Victoria Falls (height of 120 meters), the Tower of London, the historic city centers. Leaders by number of sites are Italy, China and Spain.

The highest governing body is the general conference. It meets every two years to determine plans for future work. During the session approves the budget and work program. Every four years, a general director is elected.

Executive Board meets every two years. Exercises control over the implementation of the planned goals.

The first state inspections and ad hoc heritage commissions were established in the 19th century in many European countries. Then adopted the first normative documents on the protection of monuments, and began to work on the registration and popularization of heritage. Over time, such issues were more frequently heard in the international arena.

UNESCO was founded in November 1945, with its headquarters in Paris.

In 1954, the organization drafted the so-called “Hague Convention”, the essence of which: protection of cultural property and sites in case of armed conflict.

In 1965, the creation of the “World Heritage Organization” was discussed at a conference in Washington. It was to act as an international platform for the protection of “the most outstanding sites for the future of all mankind”. In 1968, the International Union for Conservation of Nature got a vote in the discussions. As a result a unified text of the document “Convention on the Protection of the World Cultural and Natural Heritage” was agreed upon. The date of adoption was November 1972, as voted for by numerous participants of the 17th session of the UNESCO General Conference.

Criteria for the selection of world heritage sites

The purpose of the list is the protection and promotion of unique sites. For objectivity, certain evaluation criteria were developed. Initially the criteria were spelled out for cultural heritage sites, in 1978. For the sake of fairness later criteria were drawn up for natural objects as well.

Criteria of cultural heritage of UNESCO

According to the recommendations of the UNESCO committee, the latter criterion is recommended to be used in addition to the others.

The Convention Concerning the Protection of the World Cultural and Natural Heritage was adopted in 1972. The law became effective in 1975.