An adventurous friend of mine invited me to have a trail biking to Batangas. She is a member of one of the bikers club here in Metro Manila, so she probably could be called a certified biker. She has been, according to her, biking a place to another and one morning, while walking in the village with her, she invited me to join with them —  to go trail biking to Batangas. 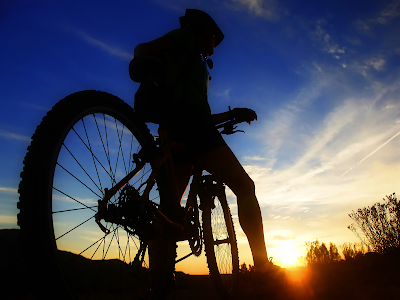 I haven not tried myself biking far places nor I don’t have any biking gadgets. I don’t even know how far that place that we’re going to trail or so. But since she really wanted to me try and experience the fun and excitement, she said that I could go with them, just for an experience even once, and during that time she’ll just ask one of the club member to bring with them private car with a softride bike racks so that if I’d feel tired and need to stop biking, I can ride on the car instead.

Hmf! That would be a great idea but since I still have no vacation scheduled from school, that stuff — the trail biking to Batangas would yet still remain a plan for now. Hopefully, I could really experience such great fun.

Every time I go to resorts especially for the very first time, I almost always check for the swimming pool slide and even try it for myself. And the Bambulo Resort and Restaurant‘s Swimming Pool Slide was not an exemption on this during our visit at the place.

Take a look at these pictures I took at the Bambulo Resort and Restaurant‘s Swimming Pool Slide.

This image above is what one can see and must-experience pool slide at the Bambulo Resort and Restaurant. I can’t exactly describe how it looked like but I am pretty sure that, though it is not too high, it still kind of an adrenaline excitement pool slide.

If you happen to visit The Bambulo Resort and Restaurant, never hesitate to try their Swimming Pool Slide.

To Travel with Elders

Should I say, I don’t choose who I would be when traveling. I’ve been going to places with kids like Didong and Didang and some of my cousins. But to travel with elders, I don’t think so and I haven’t tried yet.

To Travel with Elders (image from yimg.com)

For all we know, Elders are the extreme opposite of kids. In fact, in medical perspectives, they are the second group of people who are difficult to treat and to deal with. That is what I also think of when traveling especially to travel with elders who have difficulty in hearing and who need hearing aid, which one can find samples here www.hearingaidselite.com. I have not experienced this yet but I don’t think I can manage to. Pardon me, but this is just my opinion.

The Bambulo Resort and Restaurant

Pardon me for being very late in sharing my pictures and experiences when I got to drop by at Bambulo Resort and Restaurant in Dumaguete City.

The Bambulo Resort and Restaurant

Resort is not really that good and very welcoming when we visited it since according to their staff and crew, they were still working to re-beautify the resort after the Typhoon Sendong badly affected the city, including the resort. In fact, when we arrived there at around 2:00 o’clock in the afternoon, we saw a lot of their crew still working on the resort.

In my upcoming posts, I will share to you more of The Bambulo Resort and Restaurant — the swimming pool, cottages and other amenities.

Ideas seem endless when it comes to things we can do for fun. Unfortunately, not every day is fun-making day. Going to work from nine to five is absolutely no fun neither the kids waking up early in the morning, hoping to regularly catch the school bus to make it to their classes every day. Routine, as we all call it, where boredom has its own way of settling in around and in most part there’s nothing we can do about it. But not if you own a provo summer fun passport!

Also known as Endless Summer Passport, the concept of this deal is designed to let everyone experience summer at any time and season of the year. A holder of this passport is entitled for a year-round admission at Provo Beach Resort any time he wishes to visit. In other words, this passport will help you bring back that summer season that you haven’t got enough with before it ended plus attractive extras on the side – special discounts for one.
Provo Beach Resort is boasting its 50,000 square feet of indoor fun with variety of activities for the whole family to enjoy. So if you don’t want to miss this awesome offer, you might as well do something now.