6 of the world’s most beautiful cities 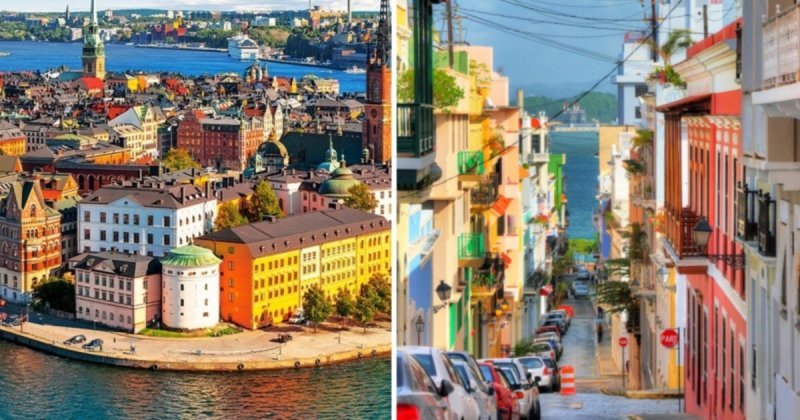 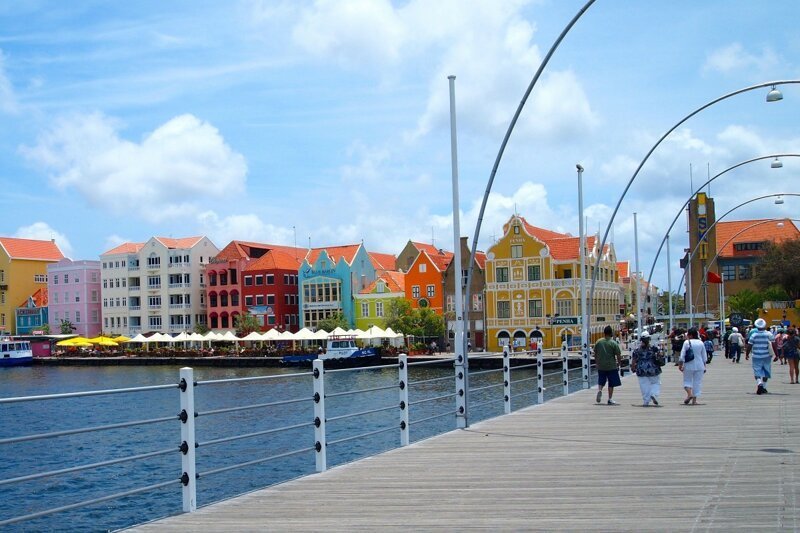 The capital, state of Curaçao, is located in the southern Caribbean Sea and is part of the Kingdom of the Netherlands. The city of Willemstad was founded by Dutch sailors in the early 17th century and it is the old architecture that gives it its special color and beauty. The picturesque harbor and historic buildings are part of the UNESCO World Heritage Site. 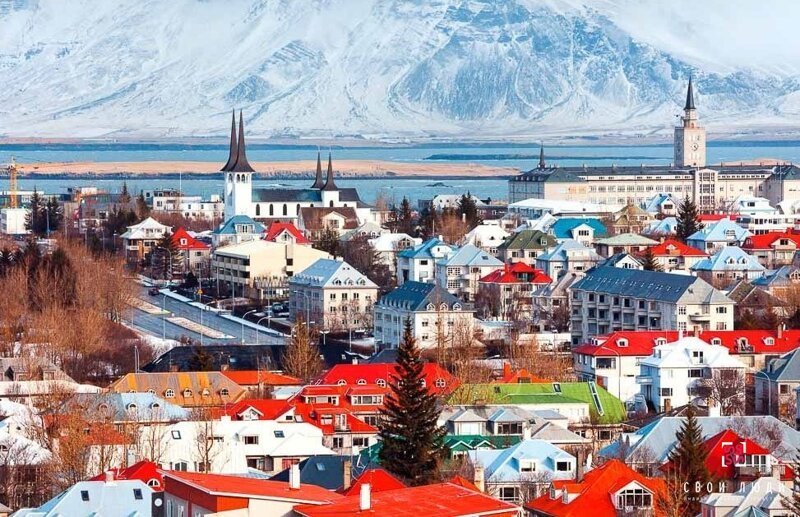 This northern and cold city is the capital of Iceland. The sun warms it only 1300 hours a year. Back in the day, all the houses in the city were black because they were smeared with tar to make the wood more durable. But with the invention of paint, locals decided to liven up the gloomy walls. Today, the colorful houses in Reykjavik look like fairy tales against the harsh and wild nature. 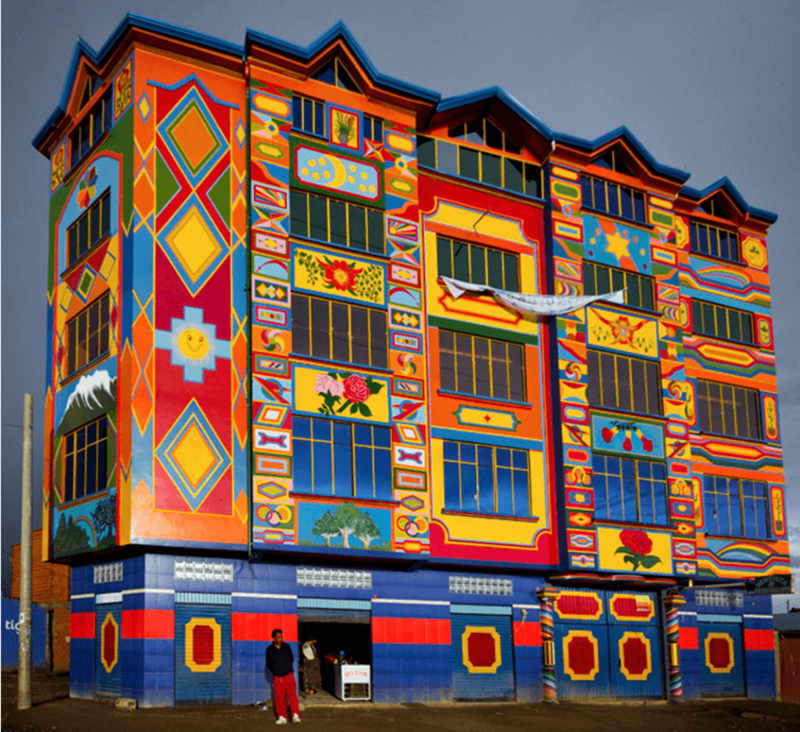 The houses in this highland Bolivian city look like the work of aliens. Not only are they painted a rainbow of colors, but they’re also a futuristic design. They were created by local talented architect Freddy Mamani Silvestre, who drew inspiration from the natural surroundings of the majestic mountains. And La Paz, the capital of Bolivia, has something to show tourists. There are also very bright and colorful buildings that really brings to life the harsh surrounding landscape and also there is the highest airport in the world. 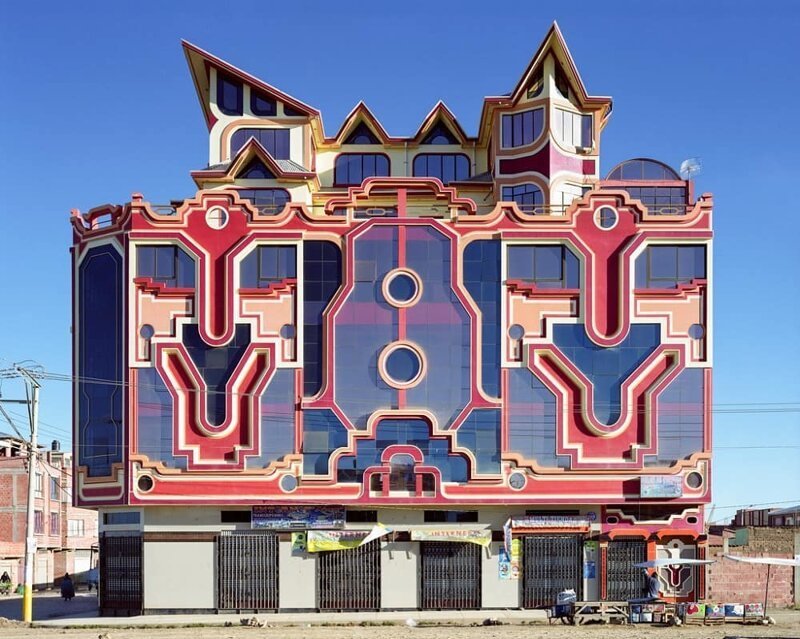 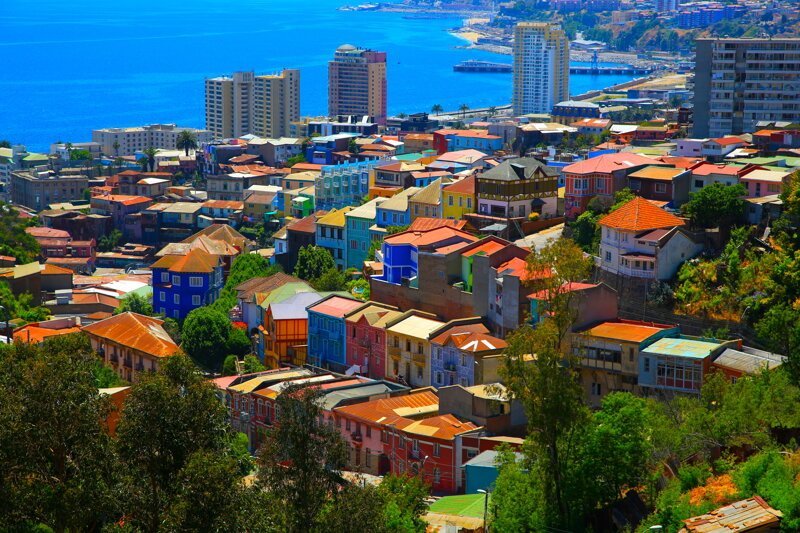 At the end of the XIX century, this ancient city and seaport was called the “Pearl of the Pacific. The architecture here is distinctive and known far beyond its historical value and vivid colors. But the city is also famous for the street works of artists who create real masterpieces. 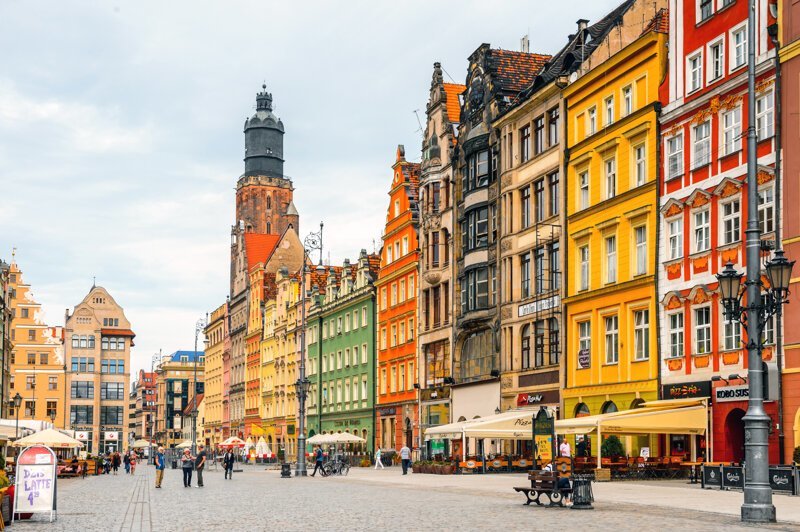 A city of thousands of years of history, situated on the banks of the Odra River, it is the cultural and financial center of Silesia. Wroclaw is the fourth largest city in Poland, and is known far beyond its borders for: stunningly colorful architecture and ancient sights. In 2016, Wroclaw was chosen as the European Capital of Culture. 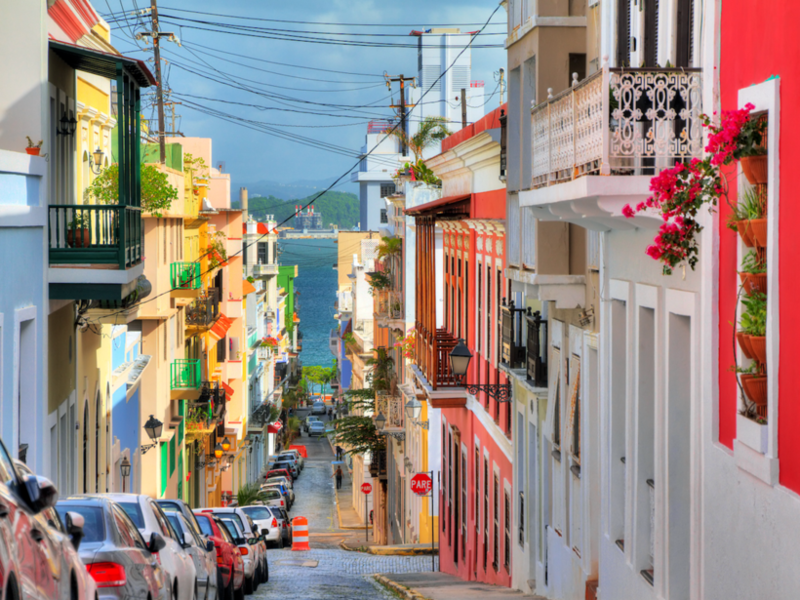 The largest port city located in the west of the state of Puerto Rico, which is both an important cultural and tourist center. Old San Juan is one of the oldest settlements of Europeans in the New World. There are many beautiful old buildings from the 16th to the 17th century and narrow streets paved with blue stone. The center of the city is full of bright colors. San Juan is included in the list of World Heritage Sites by UNESCO. 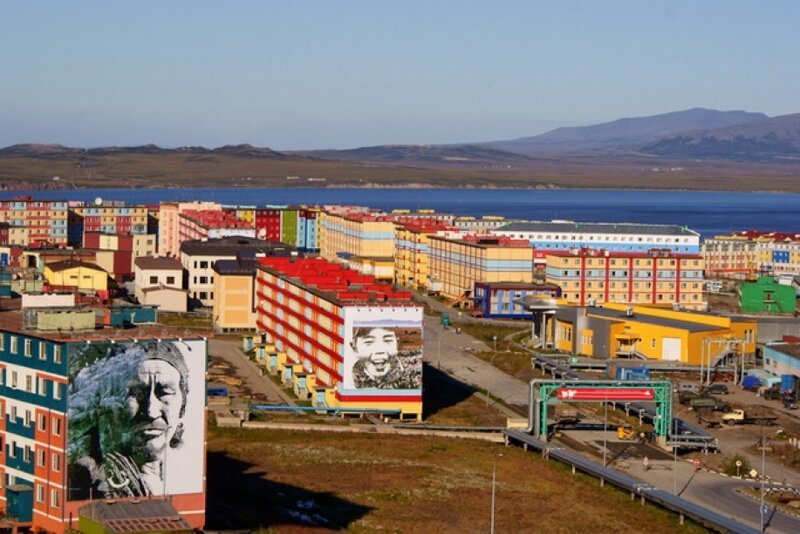 This port city is located on the very east of our country and is the administrative center of Chukotka Autonomous Area. Although almost the entire space is built up by the usual five-storey block buildings, mostly on stilts, it bears the tacit title of the most colourful city of Russia. And all this because the walls of houses are painted in bright and cheerful colors, sometimes you can even find pictures that do not let the residents and visitors of this harsh region be sad. Anadyr received several times the award as the most comfortable city to live in. 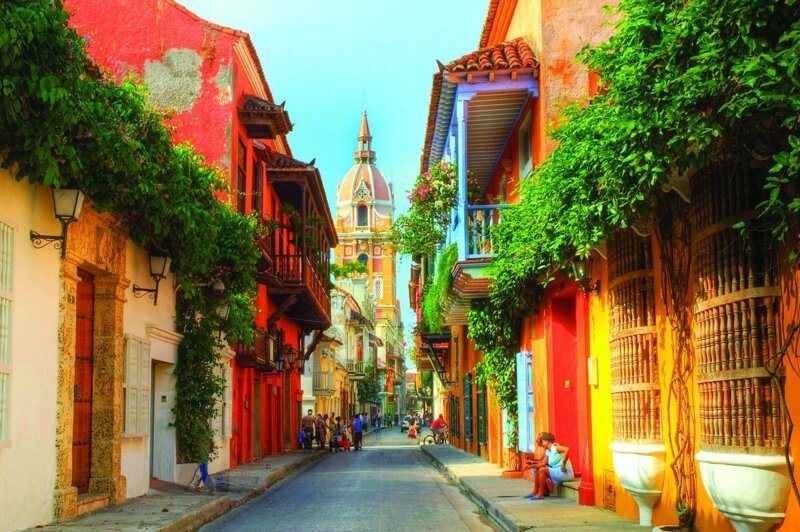 The administrative center and a major port located on the shores of the Caribbean Sea. Cartagena is called the most Spanish city in the world, and also the “Venice of Latin America”. Here you can see: the beautiful colonial buildings and palaces, decorated with fine carvings. The city looks very smart, because of the large number of low buildings, painted in different colors. 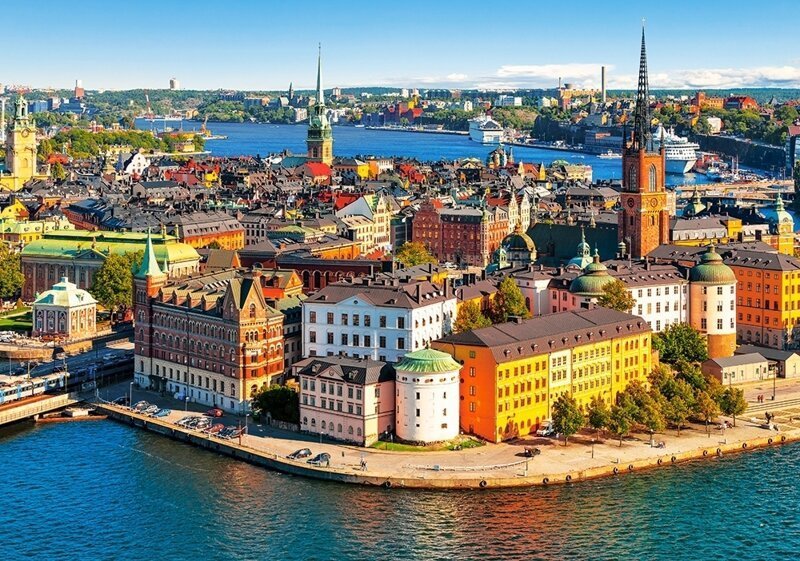 The capital of Sweden is the most populous city in the country. It lies on fourteen islands and it has something to surprise tourists. The architecture of the city is full of bright colors and the local subway is called the longest art gallery in the world.

READ
The most famous aerial tramways in the world 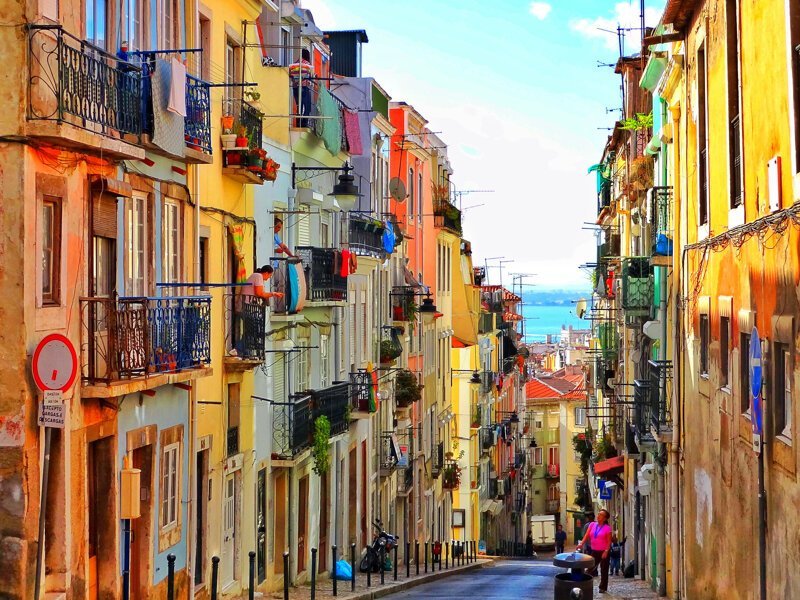 This is the capital of the state and one of the oldest cities in Europe and the world. Different architectural styles have come together in Lisbon. But the hallmark of the Portuguese capital are the colorful houses with bright red roofs.

What are the most beautiful cities in the world? 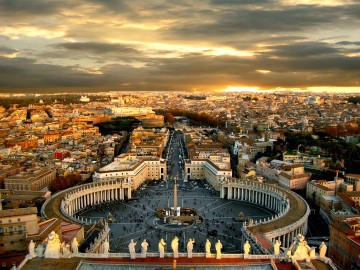 The most beautiful cities in the world (according to Forbes magazine)

The editorial staff of Forbes magazine tried to approach the issue objectively and asked many designers, engineers, architects and experts involved in urban planning. As a result were named 10 most beautiful cities in the world.

Top 10 beautiful cities in the world. 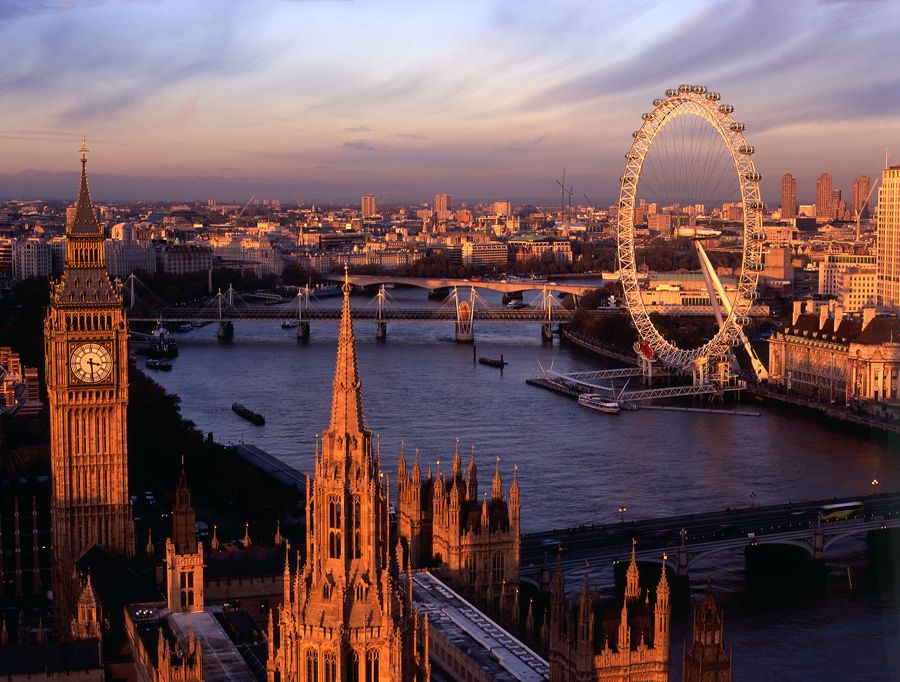 First on the list was London – the heart of Britain, the city of rain and fog. It rains here almost every day, but people are in good spirits and are always happy to see the visitors. Tourists arriving in London rush to see the main attractions: the Big Ben Clock Tower, the third tallest in the world, the Tower and Tower Bridge, which have become symbols of London and the country as a whole, Buckingham Palace with its luxurious garden. There are plenty of parks and cafes to keep you busy on a Friday night, but by Sunday evening the activity dies down. 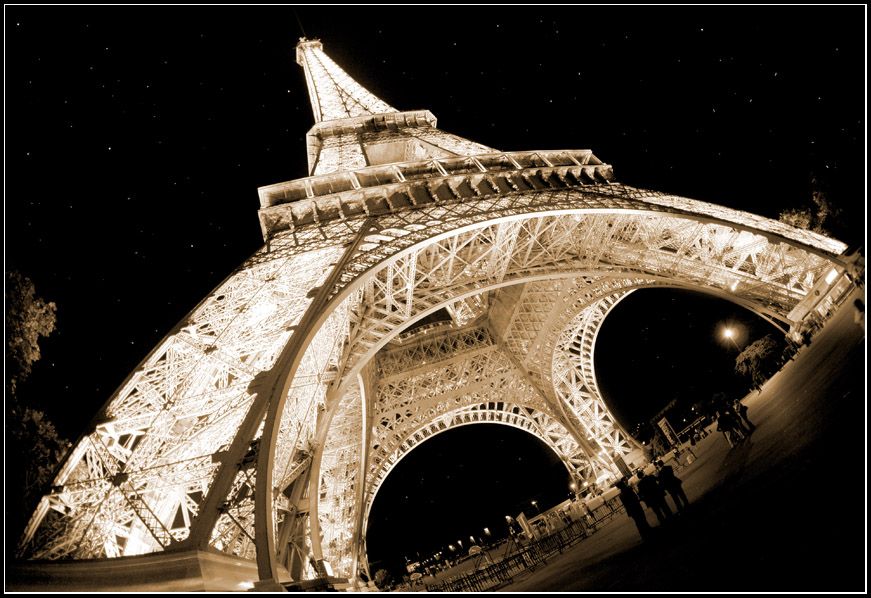 In second place is Paris, the city of love and romance, the most glittering city on the planet. It is beautiful at any time of year, which is why millions of tourists come here. But not in order to “see Paris and die,” but to enjoy the unique atmosphere of the city, admire the shady boulevards, unique architectural structures. Those who have been here at least once, will always remember Versailles and the Champs Elysees, the Eiffel Tower and the Arc de Triomphe, the world famous Louvre and the legendary Disneyland – all the things that have long been considered the symbols of the country. But Paris is also the fashion capital of the world: it has fashionable stores and restaurants. It’s a great place to visit and see the beauty of the city for yourself! 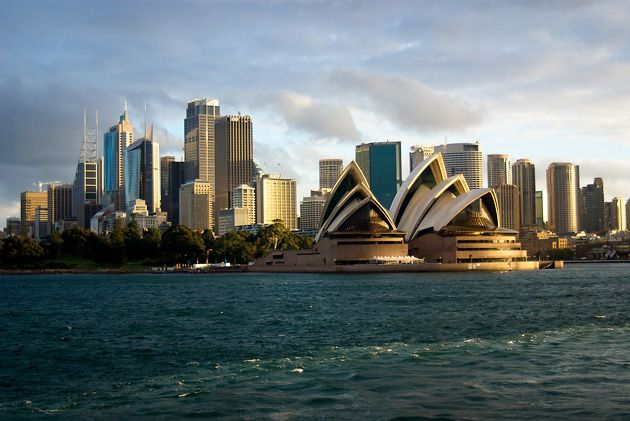 In third place on Forbes’ list is Sydney. This Australian city became known worldwide after the 2000 Olympic Games were held there. Located by Port Jackson Bay, it is a true tourist paradise. The wilderness of the greenest continent blends in peacefully with all that is man-made. Parrots are often seen on the windowsills of downtown skyscrapers, and the skyscrapers themselves blend perfectly with Victorian antiquity. Tourists come here to relax on the golden beaches, to see the Jacaranda blossoms, to see the sights of the city (Sydney Opera House, which has more than 1000 rooms, or the arched Peace Bridge). 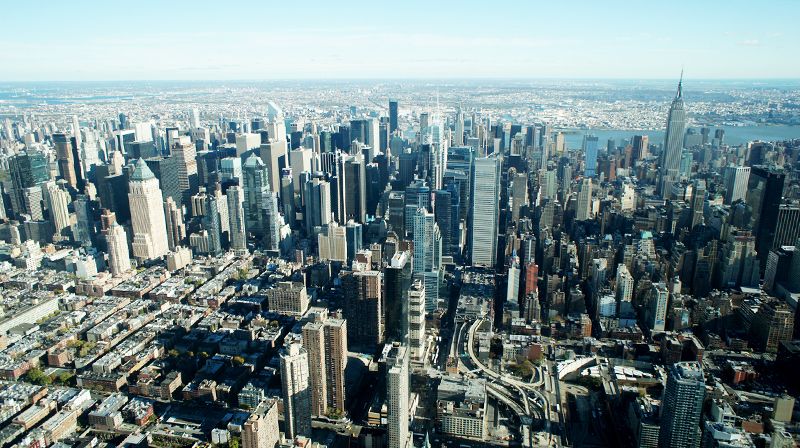 New York City continues the list of the most beautiful cities. Considered a city of great promise, it attracts with its spirit of freedom and diversity of possibilities. Because of its political and economic importance the city is called the capital of the world. Its geometric beauty, the glass and concrete skyscrapers, the breathtaking view over Manhattan, and the unique theaters and concert halls leave no one indifferent. Museums, theaters, parties in the Bronx, programs at the Metropolitan Opera House, strolling down Broadway or Fifth Avenue – there’s something for everyone.

READ
The most famous underground cities 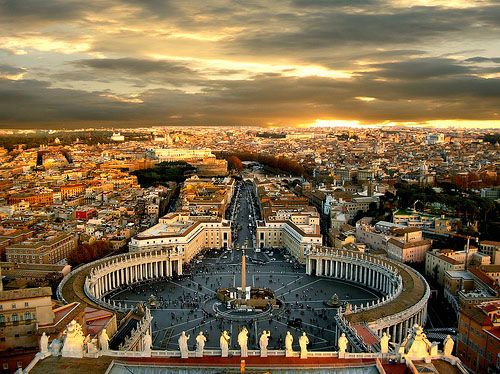 The top most beautiful cities in the world could not do without Rome . It is a very old city, it has witnessed the rise and fall of the greatest civilization on the planet. At the same time, Rome is eternally young. To explore this city, where all roads lead, you can spend weeks because there are many monuments: the Colosseum, the Pantheon, the Forum of Trajan, the tomb of Raphael, the imperial palaces, baths, temples and churches. For those who are not attracted by the many ruins, there are charming embankments, excellent restaurants, active nightlife. 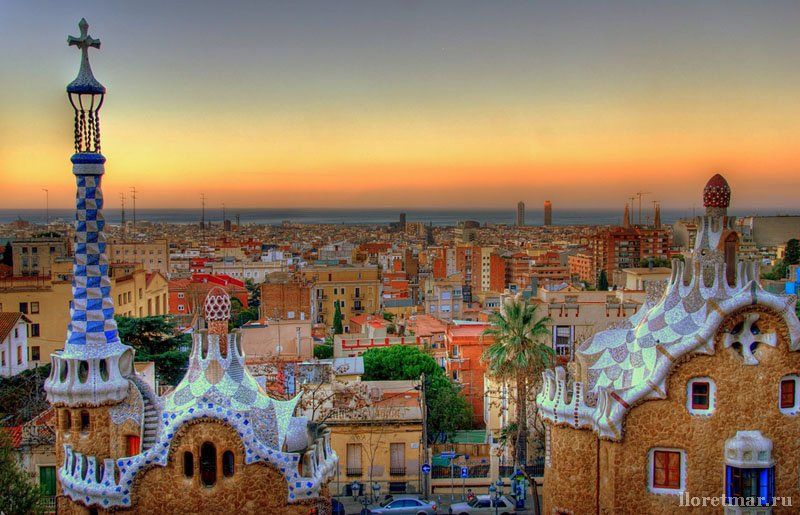 Barcelona was also voted the most beautiful city in the world in 2014. How could it not be called: proud, narcissistic, falling in love. Barcelona – it is the sea, the sun, the good mood, the bicycles, the irrepressible energy of Dali, the incredible architecture of Gaudi, the extravagant outfits of the LGBT community, the endless parties and rivers of sangria. It is impossible to list all the attractions of Barcelona, all of it must be seen. 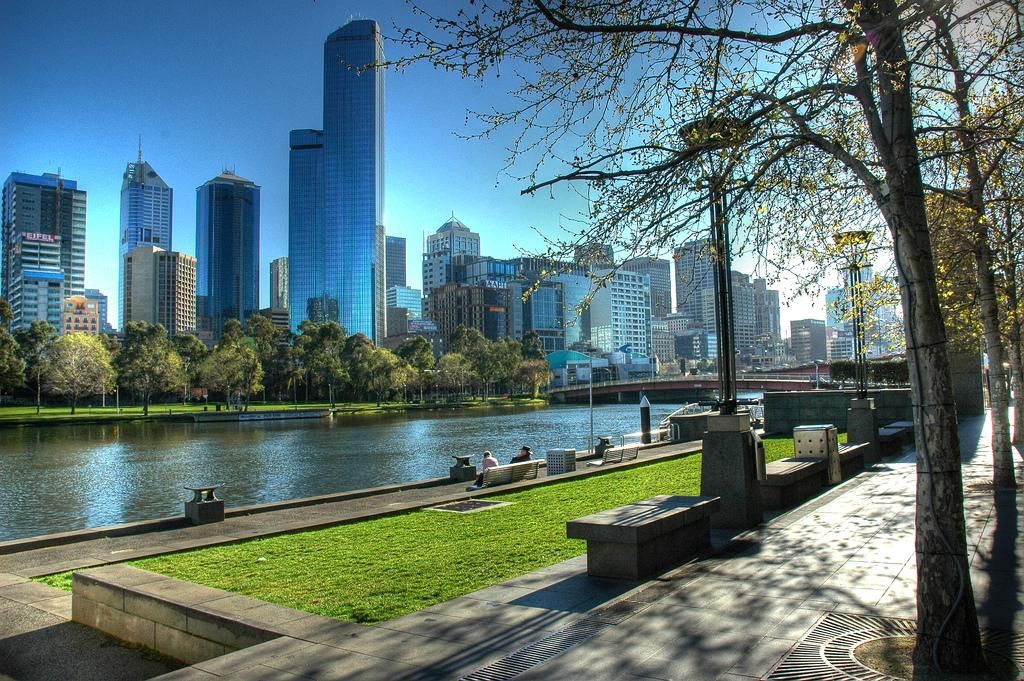 In seventh place on the list of the most beautiful cities in the world is another Australian city – Melbourne . This cultural and sports center of Australia, where the tennis and Formula 1 championships, festivals and carnivals are held, is distinguished by its unique architecture. Melbourne’s most famous attractions include the Melbourne Aquarium, the Melbourne Museum and Zoo, and the Victoria State Library. Melbourne is able to please people with very different demands, not without reason it is considered the most comfortable place to live. 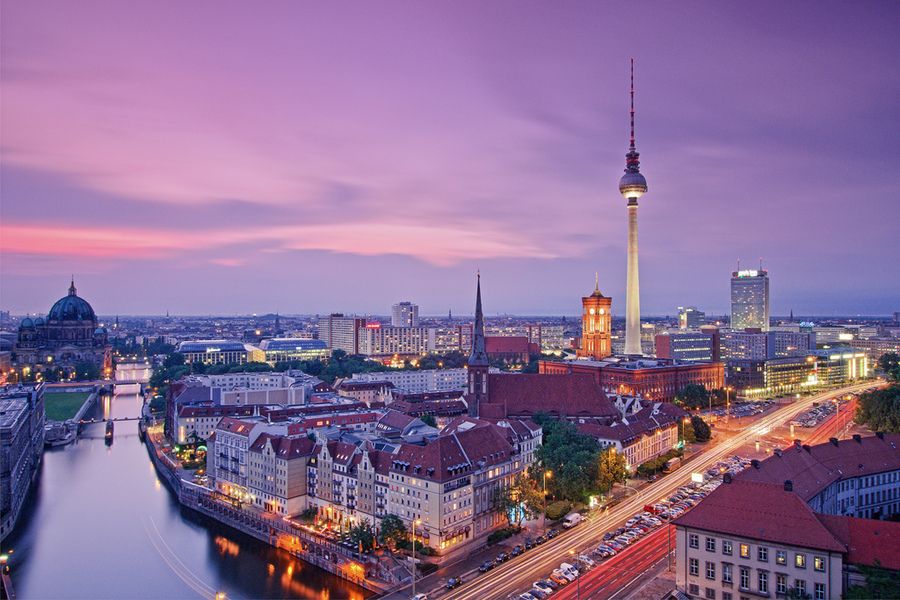 The eighth city on the Forbes list is Berlin. It is difficult to name all the attractions and entertainment in Berlin. It is a very lively, cheerful and comfortable city. Young people prefer local clubs, where the hippest parties are held, new styles, movements and subcultures are born. Older people are attracted to shopping in Berlin – the quantity and quality of local shopping centers are known throughout the continent. And art lovers can also enjoy their time in Berlin: the collections of Berlin’s museums are superb. 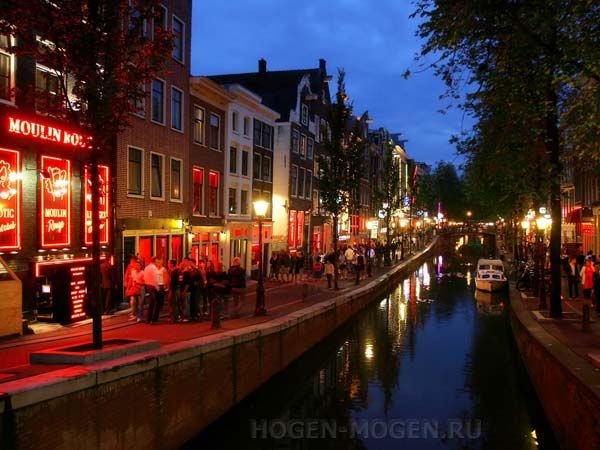 Amsterdam is another city that deserves the nomination “most beautiful cities in the world”. What makes it so appealing is its combination of seventeenth-century atmosphere and big-city mentality. No other European capital has so many attractions per km². Amsterdam is also famous for its nightlife and even allows the sale of soft drugs. In the city there are many institutions – small, cozy, modern. The city will please its guests and excellent cuisine. 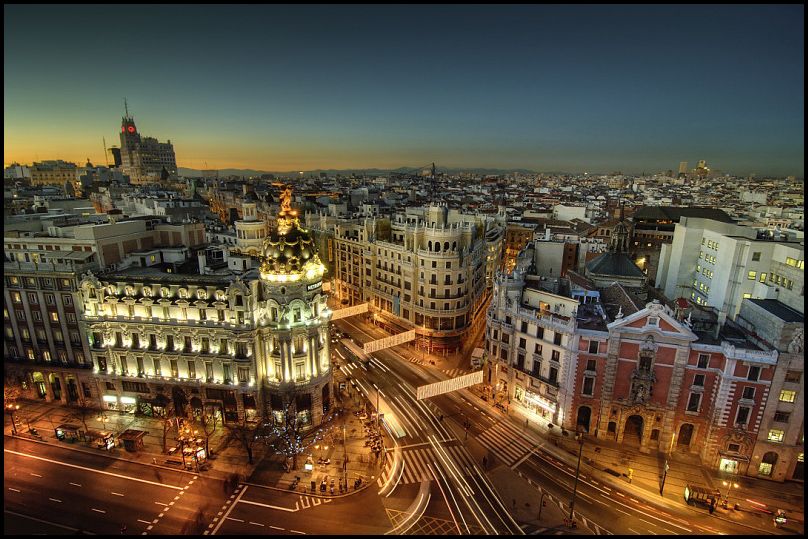 Finishes top ten beautiful cities in the world is Madrid. It is one of the most favorite cities among tourists. Hot, interesting, fun, it appeared on the world map in ancient times. There’s plenty to see in Madrid, with museums galore. Also here is made very tasty wine.

Other beautiful cities that were not included in the top 10

This list can go on for a long time. It should definitely include the Italian pearl of Florence, ultra-modern Dubai, sunny Rio de Janeiro, Cape Town, the surfing capital of the world, frozen in water Venice. Each of them has that unique charm that makes you rush to the edge of the world to walk the streets of your favorite city again.