Shanai-Timpishka: a tropical river with boiling water instead of water 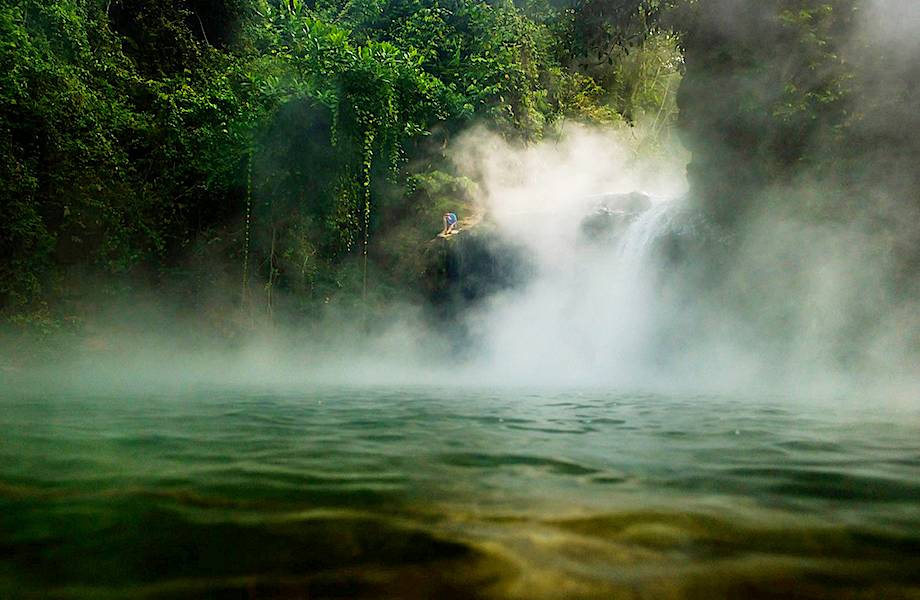 There are many interesting places in South America, but this river is capable of surprising even experienced travelers. The Chanay-Timpishka runs through Peru, surrounded by tropical forests. It is interesting because the temperature of its water is close to 90 degrees, while there are no active volcanoes or geysers in the area. 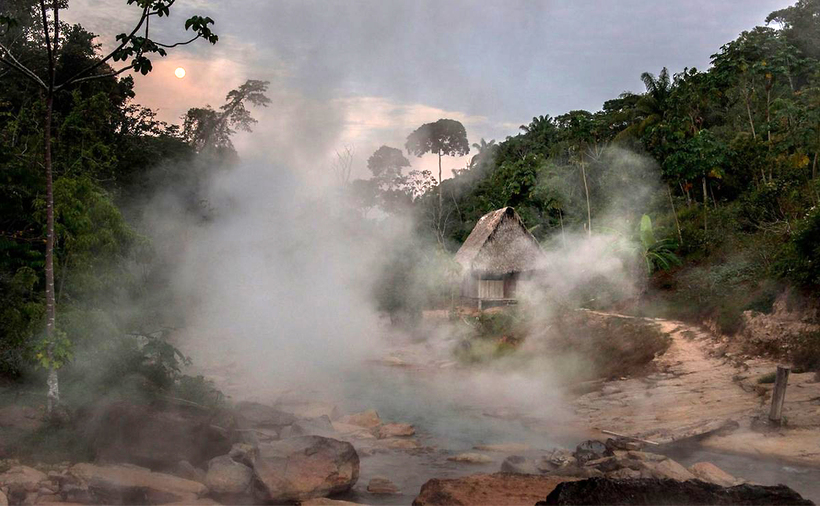 The existence of the boiling river has long been known to the Peruvian Indians. At the same time, most researchers have long attributed stories of such a body of water to the realm of folklore. On geographical maps this river is called Mayantuyacu. But the Kampa Indians, to whom this forest area belongs, call it Shanai-Timpishka, which means “river warmed by the heat of the sun” in the local vernacular. The fact that the sun had nothing to do with it became clear as soon as the first scientists reached the shores of the mysterious body of water. To heat water to a temperature of 80-90 degrees with sunlight is simply impossible. Geophysicist from Peru Andreas Ruzo was the first researcher who visited this boiling river in 2011 and told about it to a wide scientific community. 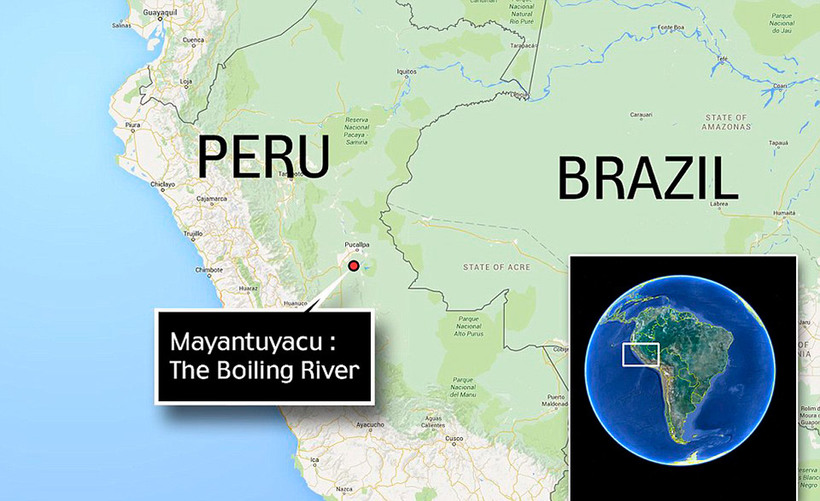 Upon detailed examination, it turned out that the Shanay-Timpishka River boils boiling water only for 6 kilometers, in its middle course. The average temperature of water on this stretch of the river is +86 degrees. 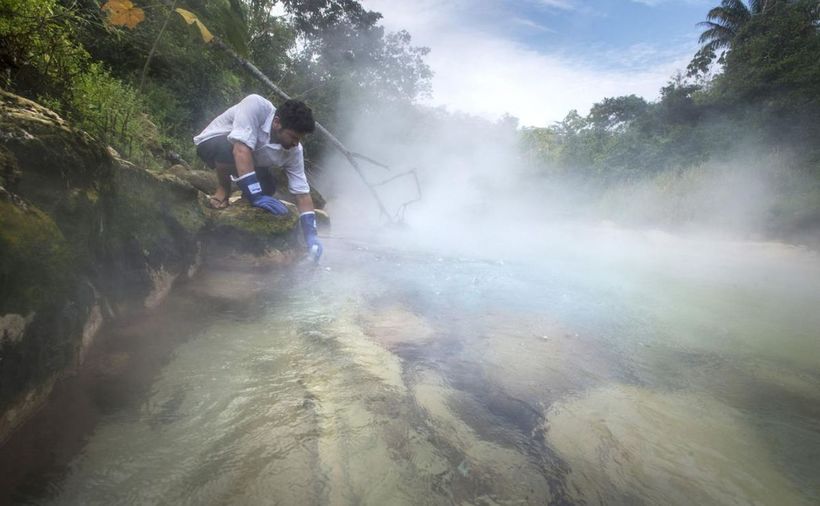 Hot rivers on our planet is difficult to surprise anyone. In regions of volcanic activity such natural wonders abound. But what makes Shanai-Timpishka unique is that it flows in the middle of a tropical forest full of life, and the nearest active volcanoes are hundreds of kilometers away. 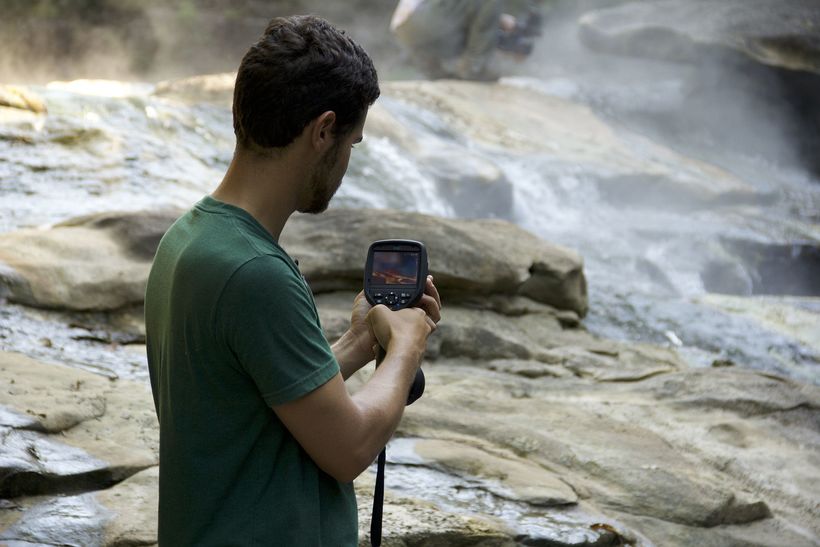 Upstream, the river is no different from many others in the region. But after a few kilometers it crosses an area where there are hot springs. The thermal water mixes with the waters of the Shanai-Timpishka, turning it into a boiling stream, the steam from which hangs over the valley. According to researchers, the reason for this unusual phenomenon is that at the bottom of the river there are outlets of thermal water and steam that rise from a depth of 2 to 3 kilometers. Although this mechanism has not yet been fully understood. 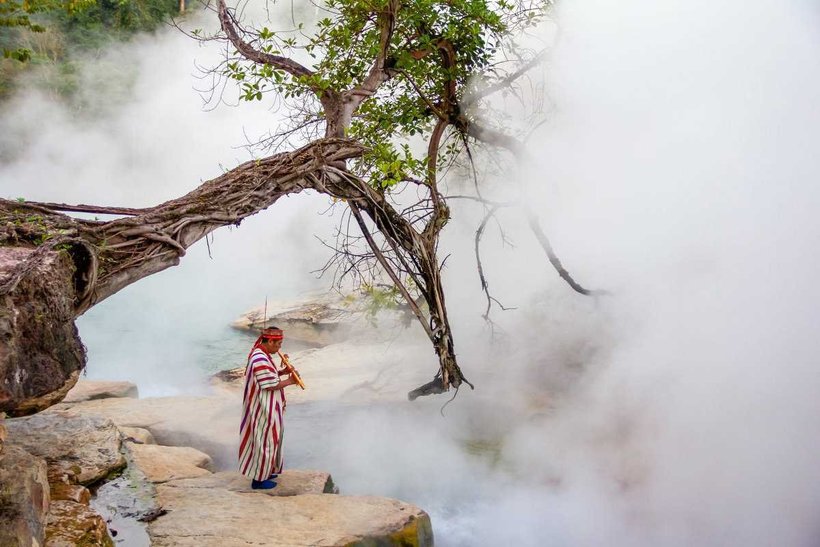 After the chemical analysis it turned out that the water in the river is suitable for drinking and contains no life-threatening elements. But local Indians knew this even before the scientific experiments: water of the river Chanay-Timpishka was always used by the forest dwellers for cooking and household needs. The fact that the water of the boiling river does not contain numerous impurities inherent in waters of volcanic origin, once again confirmed the version of scientists that the thermal springs are of artesian origin. 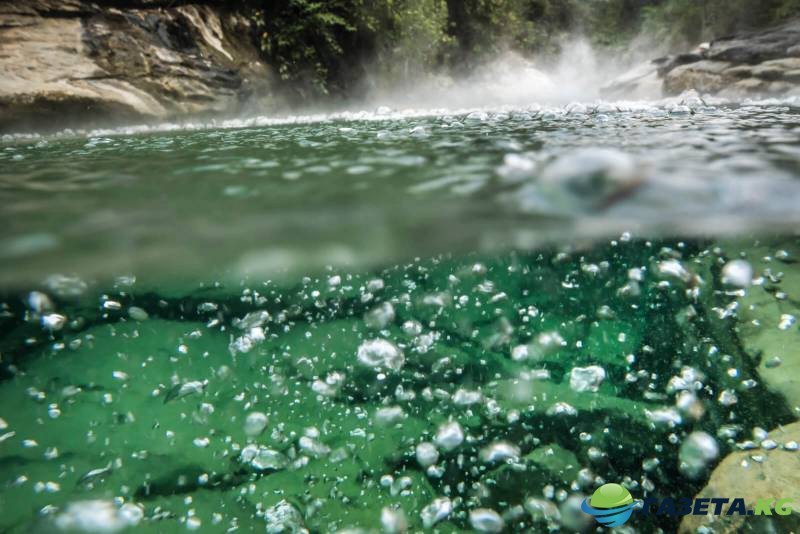 Because of the incredibly high temperature in the sacred river there are no fish or other large inhabitants of reservoirs. This unusual ecosystem is inhabited only by specific microorganisms that can exist in boiling water. But locals note that after a long downpour, the water temperature drops and you can even swim in the river. 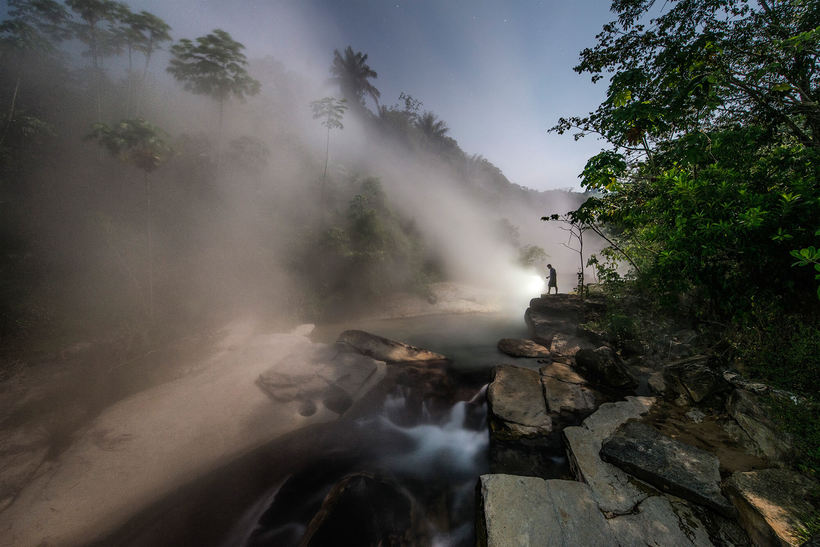 The material is copyright, when copying the link to the article or website travelask.ru is obligatory

Where is the boiling Shanai-Timpishka River hiding, and why is it boiling without the presence of thermal springs?

We live in a modern world where we think everything is already discovered, studied and mapped, but, from time to time nature surprises us with new phenomenal phenomena and unique facts.

In the jungles of Amazonia, in the most impenetrable tropical forests, flows the boiling Shanai-Timpishka River, which means warmed by the heat of the sun. At its widest point the distance between its banks is 25 meters, the river is six meters deep and the length of the boiling stream is 6.4 kilometers. Although its name is associated with the celestial luminary, it is clear to everyone that the sun is not able to heat the water to such temperatures, even in the tropics.

The main distinguishing feature of the river is that the average temperature of the water in it is 86 degrees, while the temperature minimum is 45 degrees, and in some areas the water is just boiling, letting the clouds of steam into the sky. It is also surprising that no one can still give a clear answer as to how the water in the river reaches such high temperatures. Someone will say that there are other hot rivers on Earth and will be absolutely right, but all of them are heated by thermal activity of volcanoes. Here the situation is different, there is not a single thermal source nearby, and the distance from Mayantuyaku (the official name of the river) to the nearest volcano, which could at least slightly warm the water, is about 700 kilometers.

No fish swim in this river, no waterfowl come here, and if one of them recklessly falls into an unusual water body, he is instantly boiled in thick boiling water. If one dares to dip one’s fingers into such water for a few seconds, a third-degree burn will be assured.

The first mention of the river appeared in the nineteenth century, officially Mayantuyaku was discovered just 11 years ago (in 2011) by geophysicist from Peru Andres Ruzo. When he was twelve years old, his grandfather told the boy an old Indian legend about the Spanish conquerors who killed the leader of the local tribe. Angry Indians took revenge on the conquistadors, they sent gold hunters to the imaginary city of Eldorado (Golden City), which is located in the impenetrable Amazon jungle. Few returned from the dangerous trek, and those who did manage to survive no longer thought of gold. They recalled in horror the wild warriors releasing poisoned arrows, the spiders hunting great birds, the snakes swallowing a man whole, and their comrades who had been taken by the boiling killer river.

Impressed by what he heard, the boy decided to find the place in the jungle by all means. When Andrés finished college and got his degree in geophysics, he set out to fulfill his childhood dream, even though deep down he did not believe the boiling river really existed. It turned out that his aunt had not only seen this miracle of nature, but also knew the way there, and the two set out on their journey.

The river is hidden from sight in the thickets, and its noise can be heard at a distance, growing and intensifying as they approach. Already dense clouds of steam rising from the river have appeared over the treetops. And now the hot and rushing river appeared before the eyes of the travelers in all its glory. There was no limit to Andres’ admiration as the legend came true.

The water of the river, unlike other geothermal springs, is crystal clear and pleasant to the taste. If you want to drink a cup of coffee from the road, it is enough to have a bag of instant coffee in your pocket, and there is a whole river of pure boiling water here. For many centuries the locals have been drinking boiling water without fear, cooking food with it, doing laundry, and a shaman has been conjuring up healing potions.

There are days when locals bathe in the hot river without any unpleasant consequences, it happens during heavy tropical rains that cool the water to normal temperatures.

With the blessing of the shaman, a young geophysicist begins to investigate a unique river, something no one has done before. It turned out that the water temperature is not the same everywhere, and at the very source it is completely cold. The temperature varies throughout the river, now rising to maximum marks, then falling almost to 40 degrees Celsius.

And the main question to be clarified is why the water in the river is boiling. The answer has not yet been found, but scientists have speculations not far from the truth. Perhaps meltwater flows down from the Andes mountain glaciers and goes deep underground, where it is heated by magma and then returns as a hot spring to the boiling river.

Today, a unique phenomenon of nature is in danger. Day by day, uncontrolled tree felling and cattle grazing cause irreparable damage to the boiling river ecosystem. Scientist geophysicist Andres Ruzo urges everyone to help preserve the Amazon’s natural treasures as much as possible:

“What is the significance of the boiling river, what is the significance of the permanent cloud that always covers this part of the jungle? For the shaman and his people it is a sacred place, for the illegal loggers it is another resource that can be used, for the Peruvian government it is just a piece of land that can be developed. My goal is for whoever is running this country to realize the uniqueness and importance of this river … We live in a wonderful world where shamans still sing their songs to the jungle spirits, where rivers boil and legends come true.”