What is in the Turkish resort town Akcay

Akçay resort, Turkey, located on the shores of the Aegean Sea, is little known among Russian tourists who prefer to rest on the Mediterranean coast.

In Akçay prefer to rest the Turks themselves, especially the inhabitants of Istanbul and Izmir, located nearby. For those who want peace and quiet and the absence of crowds of foreigners, Akçay is the exclusive offer on the market of Turkish resorts.

Geography and prices of the resort

Akçay is located on the coast of the Gulf of Edremiti on the Aegean Sea in western Turkey at Balıkesir. Akçay is located in the suburbs of the much larger city of Edremit, known since ancient times. The bay of Edremit, nicknamed the “Olive Riviera” because of its shores covered with olive trees, is a major resort area, in which Akçay plays a major role.

Despite the fact that the Aegean coast is characterized by high prices for accommodation and services, Akçay is a resort with democratic prices. There are dozens of hotels in Akchai and its suburbs. The prices for accommodation range from 1000-1500 rubles for a double room with a shared bathroom to 6500 rubles for a double room with a sea view per night in a hotel with a swimming pool and half board.

Average price for hotel accommodation in Akchaya during the high season is 3500 rubles per night in a double room of comfort class.

Another important advantage of recreation at the resort is the climate of the Gulf of Edremit. The dry and warm climate of the Aegean coast is much easier to bear children and older tourists than the hot and humid climate of the Mediterranean coast of Turkey. Therefore, the Aegean coast and Akçay in particular is a center of family tourism. The average temperature in July and August is +32 ° C, the monthly rainfall during the holiday season does not exceed 8-9 mm. The water temperature in the summer is about +25 °C.

All beaches in Akchai are sandy and wide (up to 50 meters). The town is surrounded by olive groves, bushes of eucalyptus and conifers, so the air in the resort is considered particularly healthy for any tourist. Near the town there are healing springs of Gure. All the local tap water is taken from the mountain springs, so you can drink it from the tap.

How to get to the spa town

Getting to the resort is a non-trivial task, which, in many ways, stops foreign tourists. The base for access to Akçay is Edremit, located 8 km from the resort. Edremit/Korfes Airport is 9 kilometers from Edremit and 18 from Acchai. The airport receives flights from Istanbul:

There are also flights from Ankara.

Due to the large distance between the resort and Istanbul (about 400 km) travel by car between the cities is not so common. By personal or rented car to get the easiest way through the Asian part of Turkey. The way passes:

You can get to Akçay from Istanbul by bus. Istanbul-Akçay buses leave Istanbul twice a day at a cost of 800-1,200 rubles, travel time is about 9 hours, and the route includes the ferry Eceabat-Canakkale across the Dardanelles. The second option is to take the Istanbul – Bursa bus (400 – 1100 RUB) and change to the Bursa – Akçay bus (650 – 900 RUB). This option is a little bit more expensive, but despite the change it is faster – travel time including waiting at the Bursa train station will be about 8 hours.

READ
Mersa Matruh in Egypt, detailed description of the resort

The resort itself, because of its young age, cannot boast of special attractions that attract tourists. The only unusual place near the town is Kazhdagi National Park, located north of Akchai. Jeep tours to waterfalls, lakes or to the top of Sarykyz Mountain are organized in Kazhdagi. The cost of the tour starts at 750 rubles. There is an old legend connected with the Sarykyz mountain, about a girl named Sarykyz, who gifted the town and its surroundings with fresh water from the mountain springs. The statue of Sarykyz is installed on the Akchay embankment and represents a figure of a girl with a jug in her hands and swans accompanying her.

The coast of the Aegean Sea and the Gulf of Edremit in particular was densely populated in ancient times, many of the structures of that time have survived to this day. To visit the ancient ruins you have to leave Akchai and go to the sights on your own or as part of an organized tour.

The main sights are:

The easiest way to get to Edremit is by suburban bus, trips to the ancient sites of the coast can be made independently by intercity buses. Organized excursions take the whole day and cost 750 to 1500 rubles, depending on the destination.

Are you going on a trip? Have a look at what you can visit during your rest. We have over 4000 sights all over the world in our database! Back? Add to our collection of interesting places. 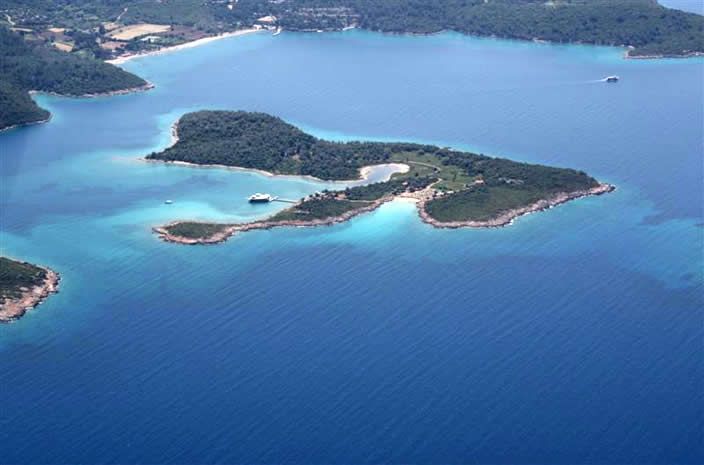 Cleopatra Island is one of the most beautiful places. It’s a sanctuary. And a place that shows us what you can do for love. […] 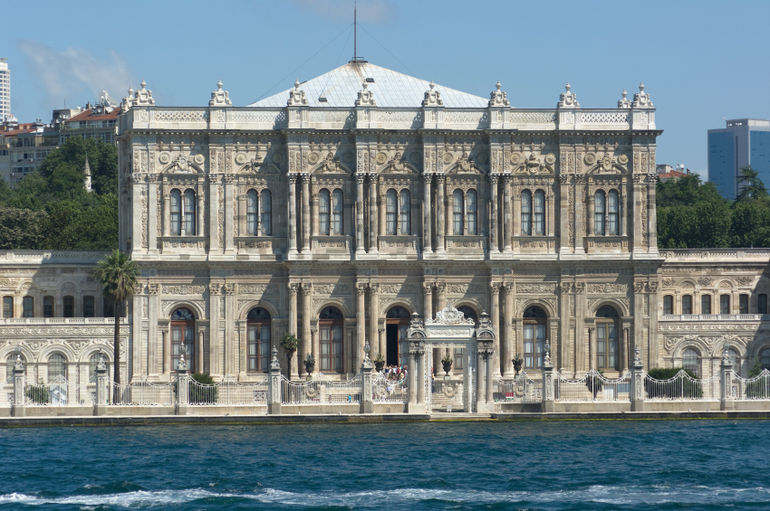 “Dolmabahce” means “bulk garden” in Turkish. The palace got it because there was once a bay in the place, then it was filled in and built […] 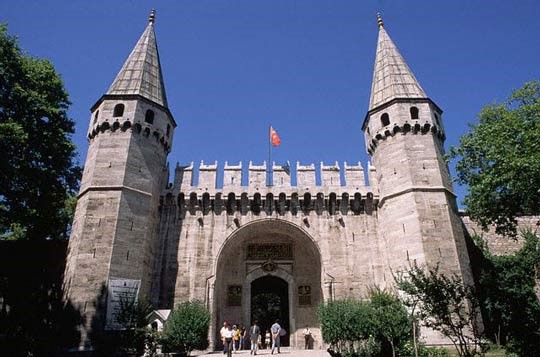 Topkapi is the main attraction of Sultan’s Istanbul. The territory of Topkapi is a huge complex of buildings, equal to about half of Monaco. It […] 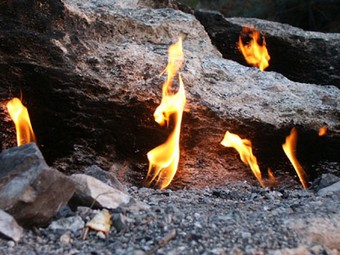 Yanartas is both fascinating and intimidating because on top of this mountain in Turkey fire burns constantly. Here is the “fire-breathing Chimera”, an amazing […] 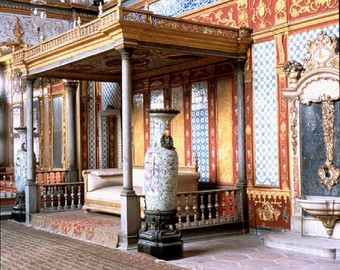 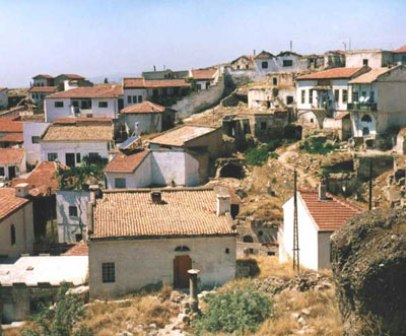 Turkey is not only beaches and luxurious hotels, but also beautiful areas where ordinary, quiet life takes place. Avanos is one of the small towns of artisans, in […] 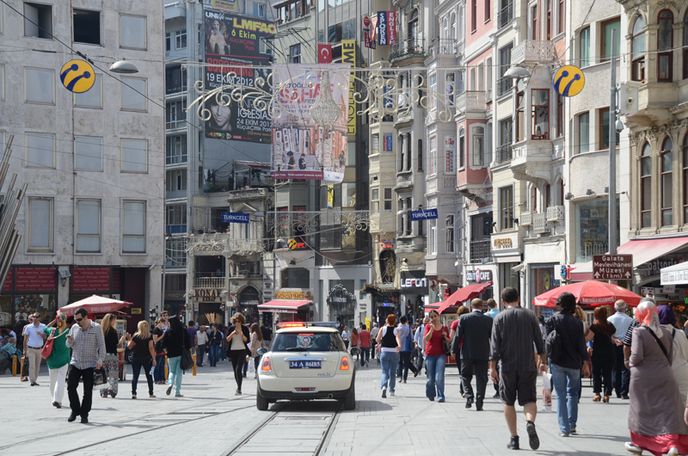 Taksim Square in Istanbul is the heart of the modern city. […] 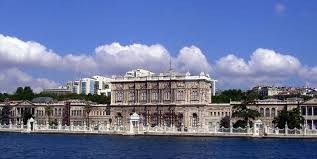 Built in 1856 on the Bosphorus, the palace, which covers an area of 250,000 square meters, very soon became the new residence of the Sultan. During the westernization of the Ottoman […]

READ
Soma Bay in Egypt, a detailed description of the resort

Attractions of Turkey. The Ancient City of Anemurion 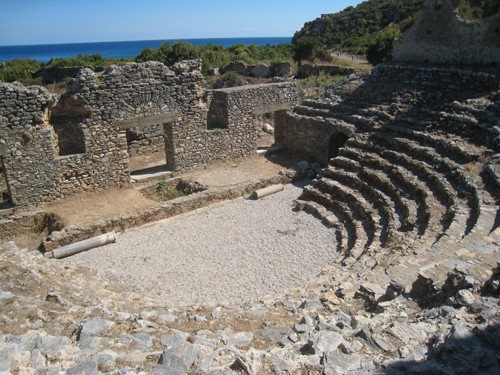 In Anemurion, situated about 120 km east of Alanya, the first traces of human settlement date back to the 8th century B.C. […] 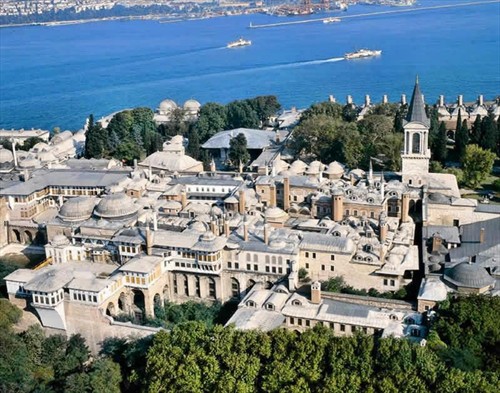 High above the Bosporus Bay of the Sea of Marmara, in the place where the great city of Constantinople once stood, lies Topkapi Palace. The main residence of the sultans of the Ottoman […]

Only authorized users can add content! Please log in if you are registered (if you were already logged in – try again, maybe session time expired). If not, please register.

Vacations in the Crimea

Time to have a rest in Russia

How the stars are vacationing

Try the country for yourself

Tourists will love the atmosphere of carefree holidays…

Love for sea creatures has already cost her health…

It is suggested to use other air harbors…

Belvedere is a palace complex located southeast of the center of the city.

It is one of the most famous and recognizable symbols of the city, often depicted…

New Town Brewery is located in the center of Prague, 400 meters away from Wenceslas Square…

© 100 Roads Ltd. , 1996-2022 100 Roads ® registered trademark. Support service All rights reserved and protected by law. Free non-commercial use of 100dorog.ru publications on the Internet, in whole or in part, is permitted only with the indication of the source “100 Roads” with an active, indexed link to 100dorog.ru, required for each publication. In other cases, written permission of the administration is required.