Akershus Castle is the oldest building in Oslo, preserved since 1308, a medieval fortress to protect the city.

Norway is a country of the snowy kingdom, fjords and magnificent waterfalls, the freshness of which allows you to breathe deep. Unforgettable sunrises and picturesque sunsets, while contemplating which you understand the greatness of this cold, but friendly mountain country.

Akershus Fortress is located near the sea and was formerly closely linked with the shipping. It has been said that he who owns a fortress has all of Norway at his disposal!

Akershus Fortress is one of the most interesting sights in the Norwegian capital of Oslo.

In addition, the fortress served as a protective structure of the city.

In 1308 the Swedish Duke Eric Knuttson intended to seize the throne of the castle, but after an unsuccessful attempt to conquer the fortress was forced to admit defeat.

Chronicles mention an interesting fact: in 1537 a lightning struck the castle, after which it caught fire and was completely destroyed. Here is a life paradox: what technology and people could not do, nature has easily created.

Many who have been on excursions to Norway and visited the castle, point to the modest simplicity of the interior decoration. By European standards of the time, it should look majestic in a secular way, to impress with variety and splendor of decoration. No, the castle breathes with gray poverty, which is fully explained by the history of this wonderful region.

Norway in the Middle Ages was a poor country, because the sea routes had their limitations, and times of plenty in Oslo often gave way to periods of poverty. Nevertheless, some halls surprise with quite chic interior with magnificent furniture and tapestry decoration of that time, and the mystical smell of antiquity creates a special, unique atmosphere.

The fortress has over a dozen large, spacious rooms that once served specific functions. There is a garrison church with a tomb, a room where the court bailiff collected taxes, the royal kitchen.

In those times the style of Renaissance was in fashion, the opulence and rich furnishings of which the court nobility was very fond. Features of this trend can be traced in the medieval costumes, exhibited in one of the rooms of the castle. They are used even today for spectacular historical performances.

Ackershus, like any castle or fortress, has secret passages. During battles, and especially during sieges of the castle, one could freely move between the northern and southern wings of the citadel with the help of secret passages. The secret passages are superbly executed and reliably reinforced and have retained their strength and reliability to this day.

By the way, you could get to the school class, where children of the local governor studied, by these passages.

An interesting fact: the lower part of the walls was covered with a cloth like a canvas, and children could transfer their fantasies to the wall paintings during the drawing lesson. To this day, you can see partially preserved drawings of that time on the walls.

The casemates in Akerhus occupy a special place and position. Under the old church, on the site of the powder cellar, four prison rooms were built, one of them bearing the name “witch pit”. It must have had something to do with the inquisitions that raged at the time. The atmosphere hovering in some of the rooms of the castle is quite eerie. The basement prisons of the castle have preserved in their stones the suffering of those who were imprisoned for breaking the law.

In 1948 the tomb of the Norwegian kings of the Glucksburg dynasty was built, which is located in one of the rooms of the castle. Two marble sarcophagi (white and green) are located there to this day.

As the locals say, embedded in the wall are the remains of the legendary konung Sigurd Ring, who defeated Harald Boezub, and then ruled the kingdom until his death. What a plot for The Lord of the Rings!

Akershus Castle to this day retains its mystique. And, it should be noted, it’s hard to call it hospitable. Often during a visit to the halls of the tourists clearly hear the ringing of keys, calling to leave the fortress. 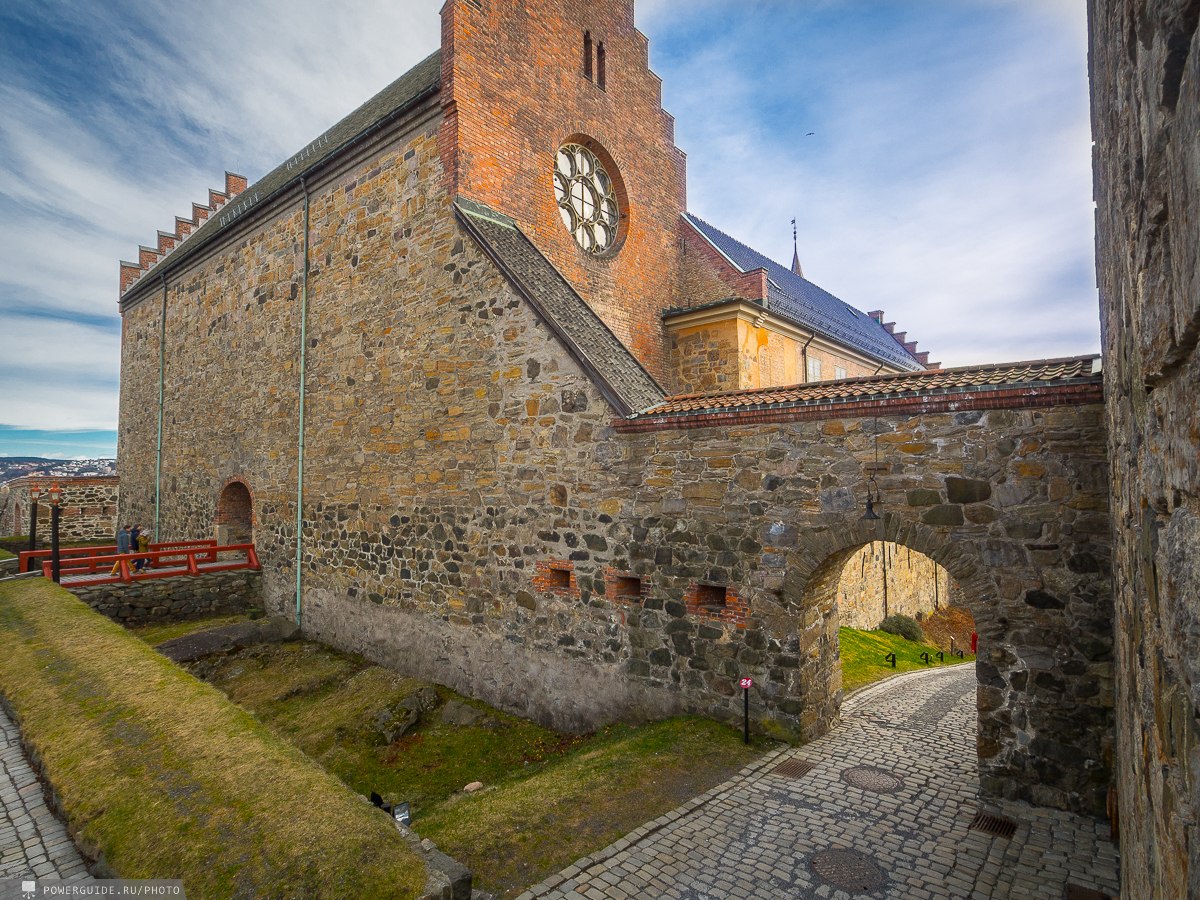 Akershus Fortress, located on the shores of Oslo harbor, is one of Oslo’s architectural masterpieces and most famous landmarks. The castle’s massive walls enclose an elegant Renaissance palace, the castle chapel where Norway’s kings are buried, and the Norwegian Resistance Museum which recounts the events of World War II. 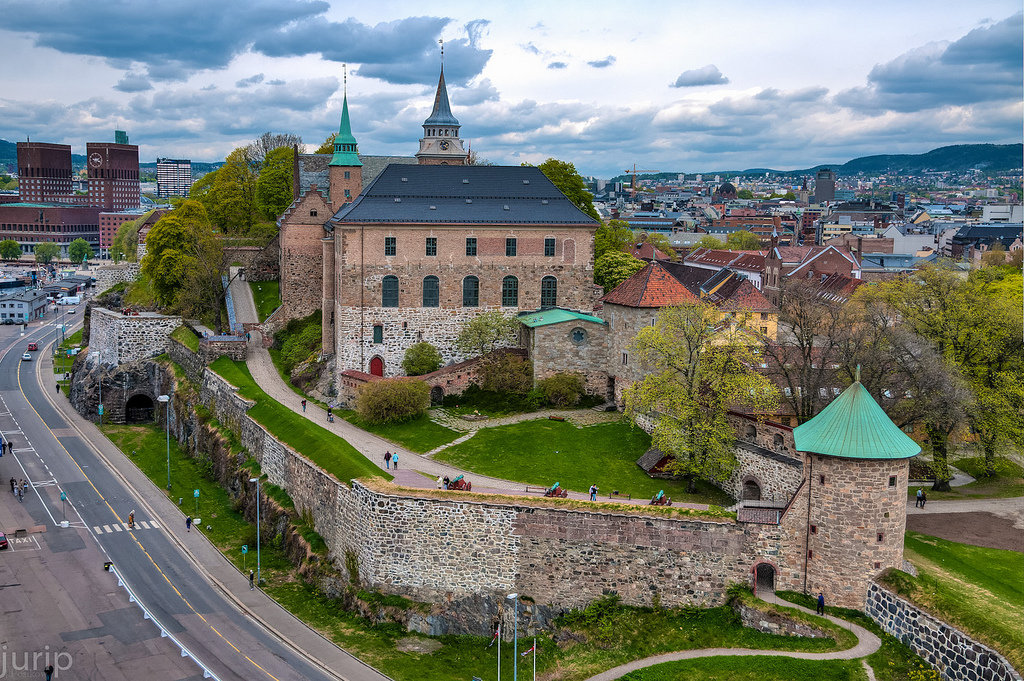 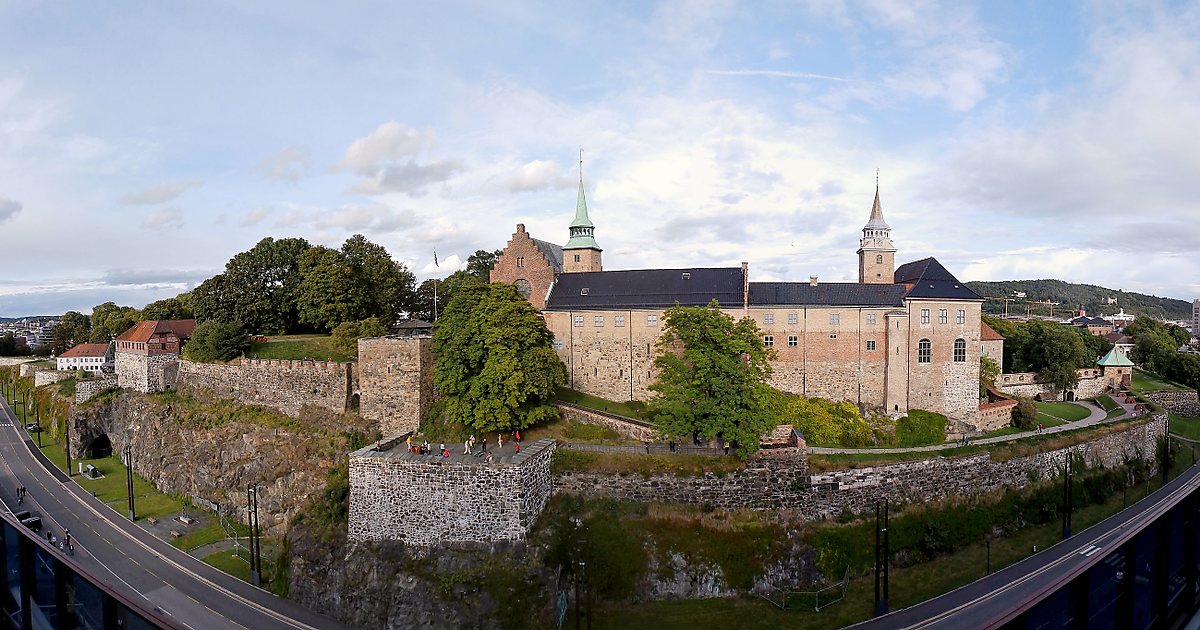 When Oslo became the capital of Norway, King Hakon V ordered a military fortress built to protect the city from threats from the sea. But this was only the beginning of the history of Akershus Fortress. Over the centuries it was rebuilt several times. In 1624, after a fire Oslo was rebuilt from scratch.

Then the bulk of the city blocks were moved to the land behind the fortress. The last changes were made by King Christian IV in the seventeenth century. It was then that elegant reception rooms and sumptuous banqueting halls appeared here. The cellars were used more rationally – unwanted nobles were sent to the narrow cells.

Today Akershus Fortress still serves military purposes, but it is open to the public. Today its grounds are the headquarters of the armed forces and the Norwegian Ministry of Defense. 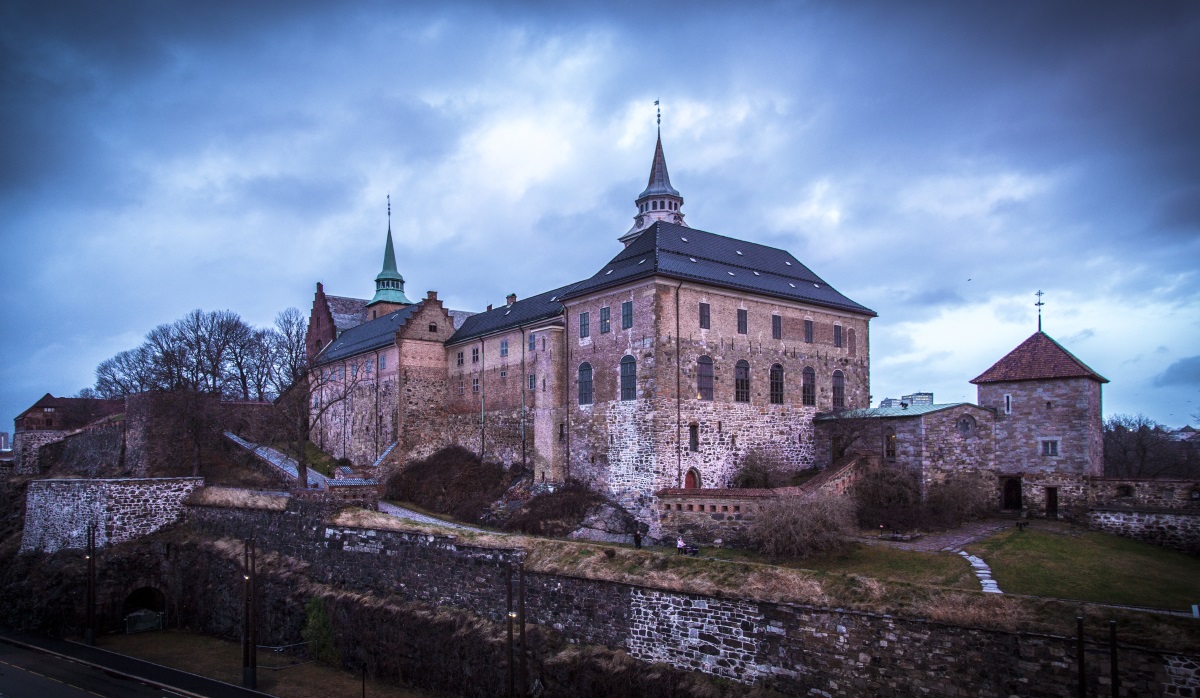 Akershus Fortress in Oslo is of some architectural interest: the Vikings built their citadels out of wood and earth. The explanation is very simple: working in stone requires some effort, and the Vikings were restless people. This building practice was used until the XV century. The castle in Oslo was the first time a fortress was built of brick. In the evening, when the fortress is plunged into darkness, spectacular illumination lights up.

The fortress has a huge number of spacious rooms, each at one time served a specific function. There is a garrison church with a tomb, a room in which the courtier collected taxes, the royal kitchen. Akershus Fortress in Norway, like any other fortress, has secret passages.

During the war they could be used to move between the southern and northern wings of the citadel. To this day, the secret passages have survived in their original form. They used to be the exit to the classroom where the local governor’s children studied. 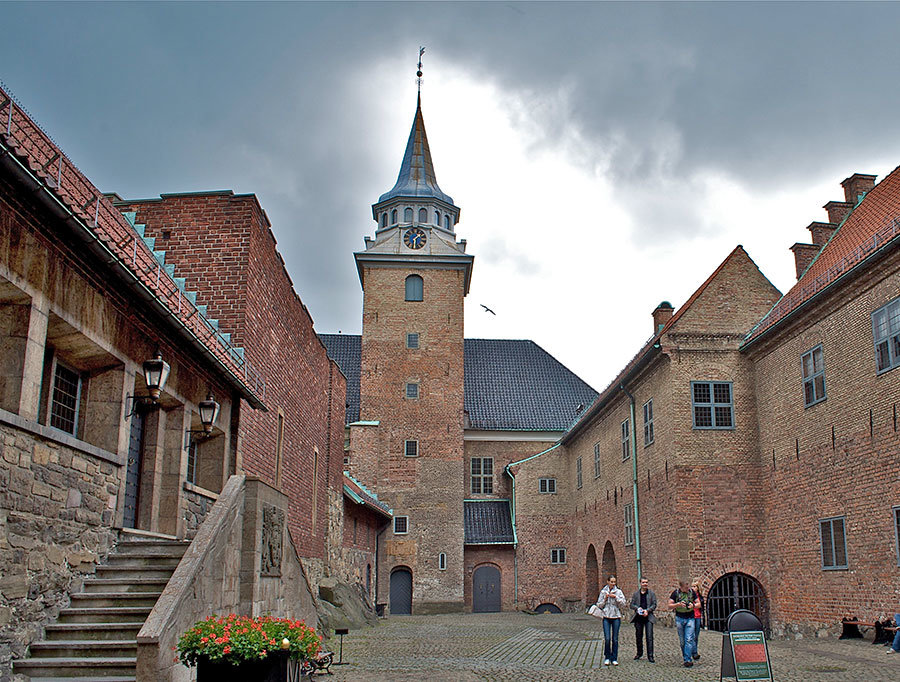 Akershus Fortress is of interest to tourists from all over the world. Of particular interest are the ceremonial halls, decorated in medieval style, with a large number of historical artifacts.

In the chapel there are tombstones of the kings of Norway. Here are still held services for the glory of the army. If you walk along the walls of Akershus Fortress, you can admire the magnificent views of the city and the bay of Oslo, and at 13.30 you can see an unforgettable spectacle – the change of the guard.

In the museum of this famous Scandinavian fortress, which is located inside the main gate, you will learn about the history of construction of the complex. If you do not know what to see in Oslo, go to the second museum, which is dedicated to the events of World War II.

Among the artifacts you can find maps and photographs, underground newspapers, and a set of dentures with which one of the prisoners used to receive radio broadcasts. Old cannons and other artifacts are on display in the open area of the fortress.

The fortress is open every day from six in the morning until nine in the evening. You can get into the castle from ten to four. You can get to Akershus Fortress by public transport. By bus number 13 and 19 you need to go to the stop Wessels plass. From the station or from the pier to the fortress you can walk.