Arwalem Falls are located on verdant slopes in the lushly forested area with a rich history. When the water falls from the cliff, it forms a lake in which you can swim.

Arwalem Falls are very small in size. With a height of only 50 meters and a width of 7 it is a popular place for tourists and a picnic spot for locals, especially during the monsoon season, when the waterfall increases and becomes a rushing stream, rushing uncontrollably into the lake below.

If you are going to Goa, I advise you to get an international SIM card for travel Drimsim. For only 10 euro you can get the incoming / outgoing calls and Internet for the entire stay in India. Convenient and inexpensive.

Arwalem Falls in Goa is not as impressive as the famous Dudhsagar Falls, but it is much easier to get to, making Arwalem an ideal choice for a fun trip with family and friends.

Arvalem Falls, also known as Harvalem Falls, is located near Mapusa in North Goa, 33 km from Panaji. The nearest villages are Bisholim, which is 8 km away, and Sankelim, 2 km away.

But during the tourist season and especially in hot weather without rain, it is better not to come here. During such times, the waterfall is a pitiful sight. During the winter and summer months the waterfall dries up to a small silver stream, but the lake that forms at the bottom of the waterfall is still deep enough and large enough to swim in it.

The waterfall is part of the beautiful scenery that opens up here. The surrounding hilly slopes are covered with bright greenery, and the waterfall complements the beautiful views. There is a park near Arwalem Falls, a good place to quietly enjoy the view of the waterfalls or stop for a picnic.

READ
Where is the Victoria Falls on the world map

The old arch bridge, which lies a little further away from the falls, is a great place to walk and take pictures, as it offers a good view of the falls.

The area surrounding the waterfall is also popular for its other attractions. Nearby is the famous Lake Mayhem, just a short walk from Bishomim.

Within walking distance of the waterfall lie the Arwalem Rocks, which are believed to have been carved by Buddhist monks or were the place where the Pandavas took refuge for a time during their 12-year exile.

The Rudreshwar temple is a short walk from the waterfall. The stone steps leading to the temple are on one side of the waterfall and the bridge is on the other side.

Those who like more extreme activities can combine a visit to the falls with rafting. The start is in Valpoje, a village that is only 13 kilometers (about 20 minutes by road) from Arvalem Falls.

This area of North Goa has a rich history that begins according to the chronicles in the 6th century AD. According to historians at this time the caves were created and were carved in the rocks.

In later times the area gained notoriety for being the place where Rajput mercenaries were defeated by the British colonial government. These mercenaries, known as “Ranas,” were sent to live here around 1700. It is also the site of their rebellion in the 19th century.

Reviews about Arwalem Falls are mostly positive. Of the negative reviews, only the discrepancy between the expected size of the waterfall and what you see. But now you know that you should go to the waterfall only during the monsoon season and what it is like the rest of the time. So the waterfall is unlikely to disappoint you.

It’s a very beautiful place. I took great pictures of the waterfall and my Mom in front of the waterfall. If you love nature and photography, if you are looking for a photo shoot, this is a good choice! There are a lot of monkeys in the jungle near this place, you can see them very close right from the parking lot near the waterfall.

The waterfall is small, but the place is beautiful. There is a large temple, a store and a cane juice store on the grounds. You can walk around the area and go out to the working quarry.

We visited the waterfall in December. At this time there is not much to look at. The waterfall is small, falling into a dirty puddle. Probably much more interesting to be there just after the rainy season, when the waterfall is more full-flowing.

A small waterfall, the water is dirty, the bottom is not pleasant. If you’re on the way, you should definitely check it out, you won’t regret it.

Very beautiful place, definitely worth a visit. First of all, free of charge. Secondly, there are almost no tourists. The waterfall is not small. Average. But very picturesque. In general, I recommend it.

A small waterfall. An interesting place. Could not swim, the water is dirty.

Nice waterfall, there is a place to freshen up and relax in the shade.

Nothing special. If you’ve seen any waterfall before, this will seem ordinary and unremarkable. Therefore, if your route runs in the immediate vicinity, you can stop by for 30 minutes for solitude and sightseeing.

Drove 1.5 hours from Vagator and there is a tiny waterfall.

Amazing secluded place. Few tourists. If you walk down the river bed just below and cross the metal bridge. Follow the path to the left and walk about 200 meters you will see a beautiful jungle lake with stone islands and banks. In addition to the waterfall there is also a temple.

A beautiful and quiet place, definitely worth a visit.

The waterfall is not very impressive, but the place itself is beautiful and secluded.

It is a beautiful waterfall but there is no point in spending 2 hours on the road. It is not possible to swim here. 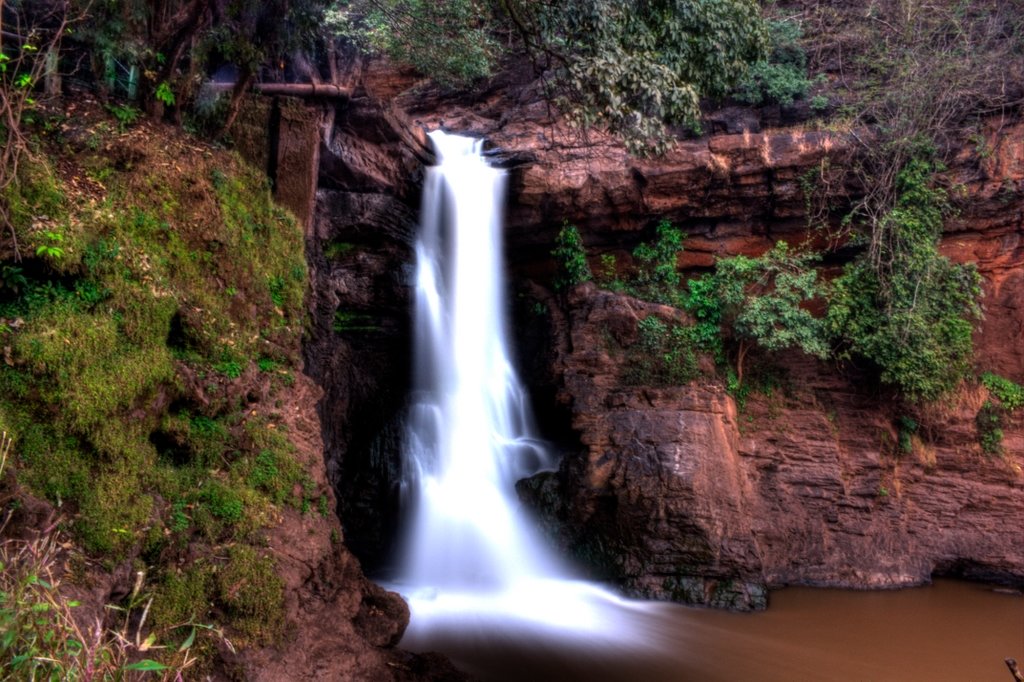 This natural attraction can be heard several kilometers away. These sounds mean one thing – the noise with which thousands of drops break on the surface of the rocks, flying half a hundred meters. We are talking about Arwalem Falls.

The waterfall is located in close proximity to North Goa, on the cliffs of the Western Ghats. At the base of the waterfall is a lake that forms a unified whole with the surrounding landscape. very near there is a stone path leading to a Goan temple dedicated to the Trimurti, which unites the three fundamental universal forces: creation, symbolized by Brahma, conservation, personified by Vishnu, and destruction, an expression of which in Hinduism is considered Maheshwar. 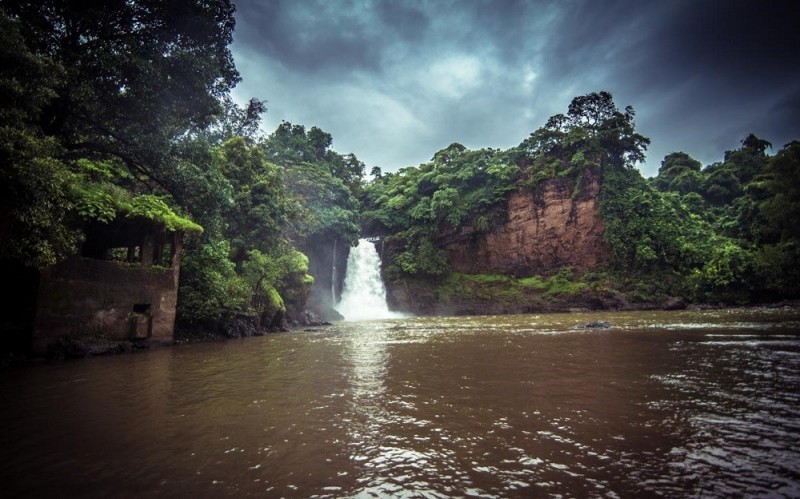 Those who visit the waterfall, be sure to visit the caves of Arwalem. According to local lore, they came into existence thanks to the labors of traveling Buddhists. They created shelter for themselves where they saw fit. Scientists believe that this happened somewhere in the fifth century AD. The corridors of these caves converge into a large hall. There are inscriptions on the walls that are about eight hundred years old. There are several legends describing the appearance of these caves. One of the most common tells of five brothers who were at one time also warriors and had been in exile for many twelve years. Here they lived during the entire period of their exile. The locals refer to them as the heroes of the Hindu epic Mahabharata. 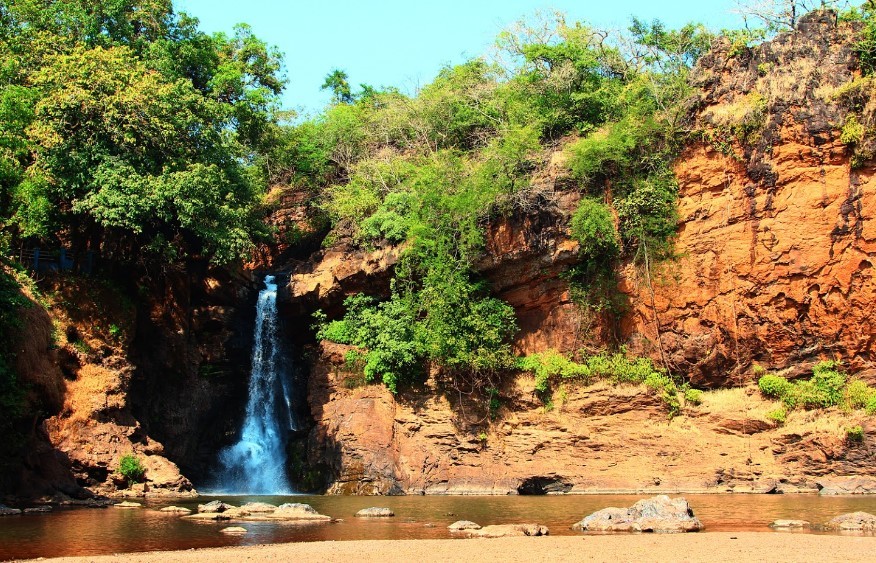 The Arwalem Caves are considered one of the most mysterious attractions of Goa. They are located near Avralem waterfall and Sri Rudreshwar temple. The Pandava Caves are created in a laterite hill. It is a rather soft rock that has a reddish color. This place is referred to as a grog temple, in other words, it is a cave created by human hands and arranged as a temple. 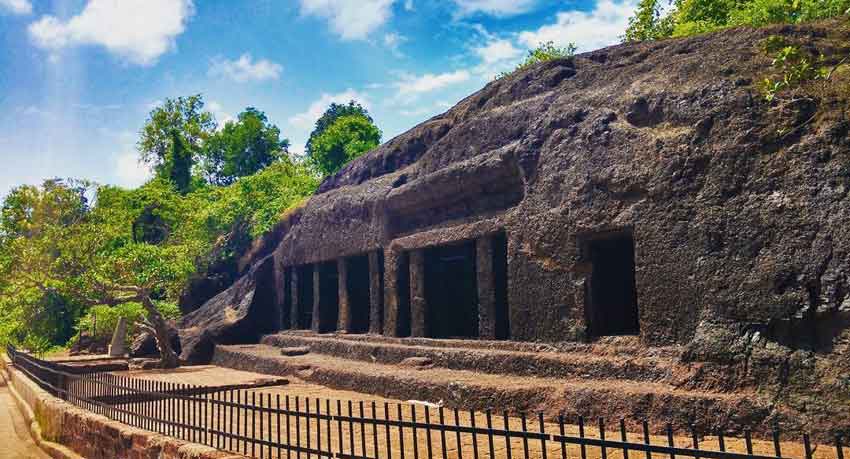 The waterfall itself falls as a cascade, starting at the top of a fifty-meter cliff and ending in a small lake. Opposite the waterfall there is a stone bridge, which many people use for photography and observation. There is plenty of water all year round, but after the rainy season the view is particularly impressive. 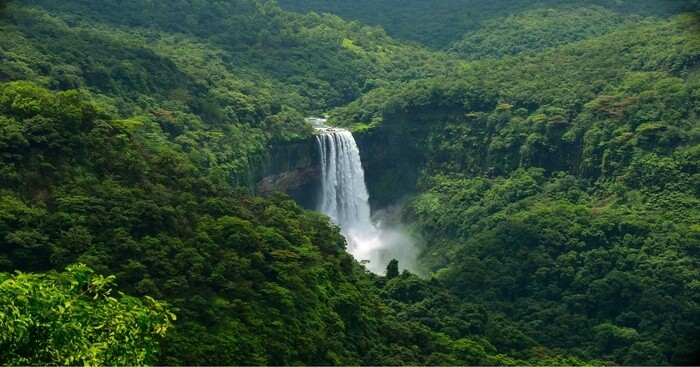 It is accessible by public transport: two hours from Mapusa. The stop is Arwalem. Then you have to spend half an hour to get to the falls.

The train will be inconvenient to use, due to the remoteness of the railroad tracks from this point.

Lena, 23 years old. Chose this route as the safest for the whole family. It is rumored to be suitable even for inexperienced travelers, which we belong to. In fact, we liked the attraction. It is beautiful, there are no huge crowds of tourists, which is nice. here you can relax with the whole family, however, the locals are not very good about swimming in the lake. The fact is that it plays a religious role – after a person disperses the ashes of the deceased, he must wash it off. and dip into this body of water. And to use for entertainment what is used as a holy place is bad enough. Therefore, it is better to choose another place to rest in nature, and come here to enjoy nature and beauty.