Lake Athabasca and sand dunes in the northern marshes

Lake Athabasca and the sandy, desert dunes are located in a place where you wouldn’t expect to find them. Let’s start from afar.

Canada, the second largest country in the world, lies at about the same northern latitude as Russia. In many respects the climatic conditions of both countries are the same. In particular the 59-60 degrees of northern latitude are occupied by thick forests, taiga and swamps. We did not take this small strip of the planet by chance. To make it easier to orient, our cities are located in these latitudes, such as St. Petersburg, Vologda and “sunny” Magadan. Have you imagined the climate and surroundings?

Now we go to the opposite side of our House, to Canada, and at these latitudes, we find the amazing Lake Athabasca with even more amazing sand dunes on the coast. 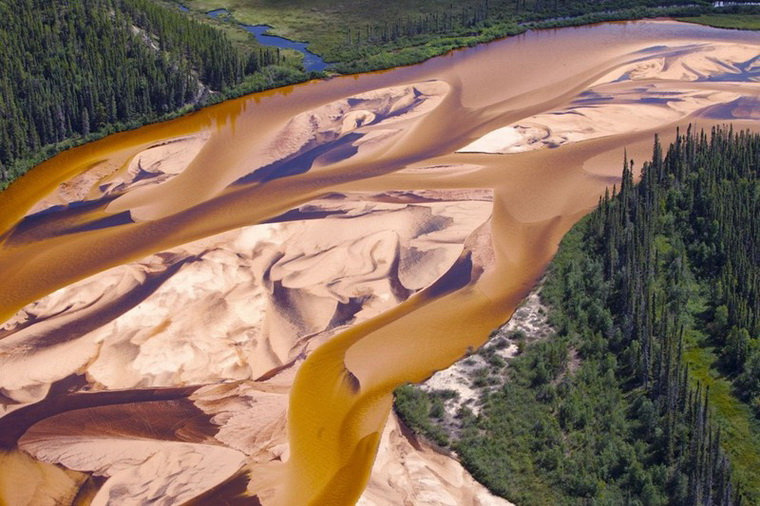 Water flows near the sand dunes of Athabasca

Where is Lake and the Athabasca Dunes located 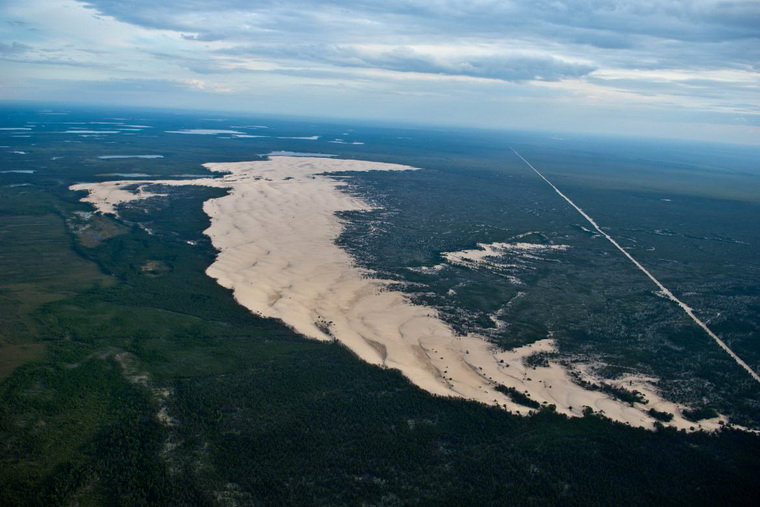 Sand dunes on the shores of Lake Athabasca

Lake Athabasca lies 26% in the province of Alberta and 74% in Saskatchewan. The lake is 283 km long, up to a maximum width of 50 km, and has a surface area of 7,850 km2. The volume of water in it is estimated at 204 km3. The maximum depth is 124 meters. It is the largest freshwater body in the provinces of Alberta and Saskatchewan by volume, area and depth, and eighth in all of Canada.

Stretching nearly 100 kilometers along the southern shore, the sand dunes are among the most northerly active dunes on Earth. Unlike most dunes, which are associated with dry and arid regions, the Athabasca Dunes are located in the middle of wetlands and boreal forests (sometimes called taiga).

These unique and geologically strange sand formations cover an area of more than 30,000 hectares. The dunes range in length from 400 to 1,500 meters and can reach 30 meters in height. 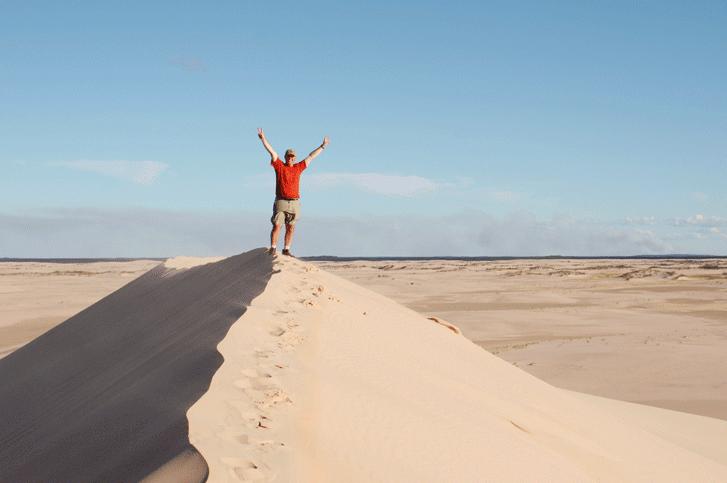 The picture below is a satellite image of Lake Athabasca and the dunes. Lest you get confused: the dark blue is open water, the light blue is ice, and the white areas are sand dunes.

Lake and dunes of Athabasca. View from space. Photo wikipedia.org

Interesting sand formations can be found in different parts of the world. Here, for example, the battlefield of sand and jungle on Fraser Island off the coast of Australia, or Lensois-Maranjenses, the “snow” hills in the Brazilian tropics.

Lake Athabasca, like any natural body of water, is beautiful in and of itself, for water is life. But here we want to focus your attention on the dunes and consider them in detail.

Where did the sand dunes in the taiga come from

The Athabasca Dunes sit atop what is known as the Canadian Shield, which is a giant area of exposed Precambrian rock. It is the oldest geological base of much of the North American continent, covering half of Canada and extending into the northern United States. It is 2.5 to 4.2 billion (.) years old.

The Athabasca Dunes were formed about 8,000 to 9,000 years ago at the end of the last ice age. As the ice shell melted, water washed huge amounts of sand, silt, and sediment from the local sandstone into Lake Athabasca. In those days, the water level in the lake was much higher than it is now. Gradually the lake receded, exposing these sandy deposits on the shores. The wind then carefully turned the sand into the formations that can be seen today. 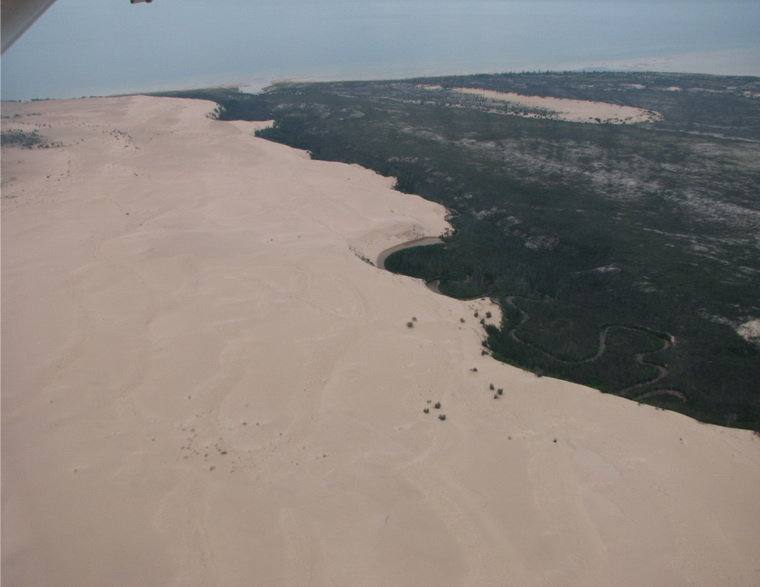 The sands of Lake Athabasca. View from an airplane

Just above, we noted that the Athabasca Dunes are active. This means that they are moving. So far, the wind is still pushing the dunes a little bit from the lake toward the forest. 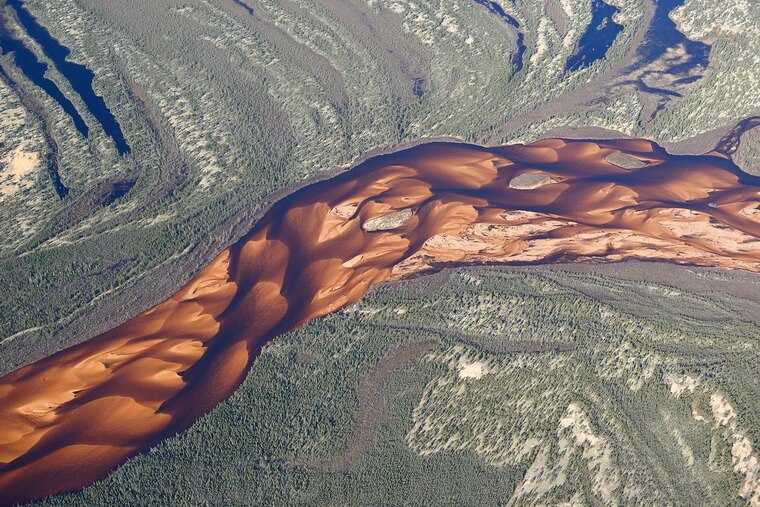 Moving dunes are quite a common phenomenon in the world. We recommend reading about the Skeleton Coast in Namibia. In particular about the story of the ship Edward Bolen. Its crew, after the ship ran aground off the coast of Namibia, spent several days ashore. When the men returned to the ship, they were surprised to find… Well, anyway, don’t be lazy and read on.

Animals and Plants of the Athabasca Region

Because of its unusual ecosystem, the area is home to an incredibly diverse flora and fauna. The entire sandy region, including the surrounding area south of the dunes, serves as a huge aquifer, which as a result significantly affects plant and animal life. More than three hundred plant species grow in the dunes, of which 52 are rare and 9 are generally endemic (remember, this means not found anywhere else and characteristic only for a particular area). The lake is inhabited by 23 species of fish, including pike, pike and trout. In 1961 a trout weighing over 46 kilograms was caught here.

As early as 1969, there were proposals to make the dunes and the surrounding area a protected area. But the idea was rejected.

In 1973, the Saskatchewan Natural History Society (Nature Saskatchewan) again proposed the creation of a Provincial Park in the region, and again the proposal was rejected. 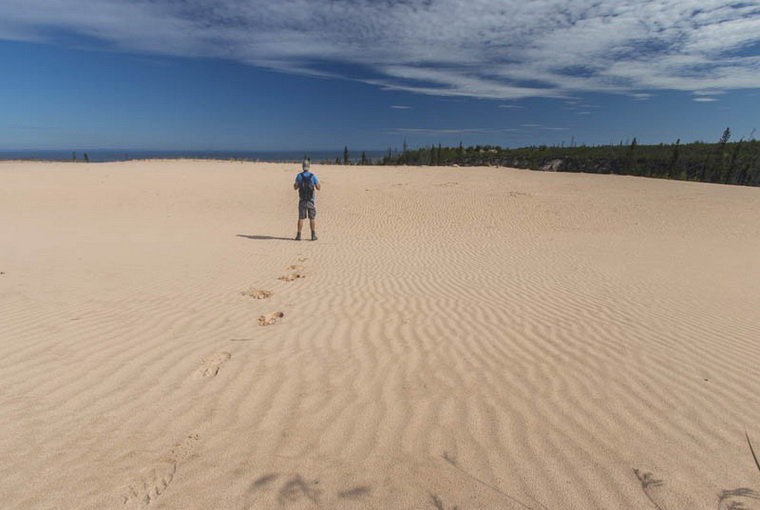 How to get to the Athabasca Sand Dunes

This natural attraction is difficult to access and far from the traditional tourist routes. You can only get to the sands by boat, boat or hydroplane. It is mostly visited by scientists, locals and rare tourists.

If you go to the lake, you may need the address and phone numbers of the Athabasca Park 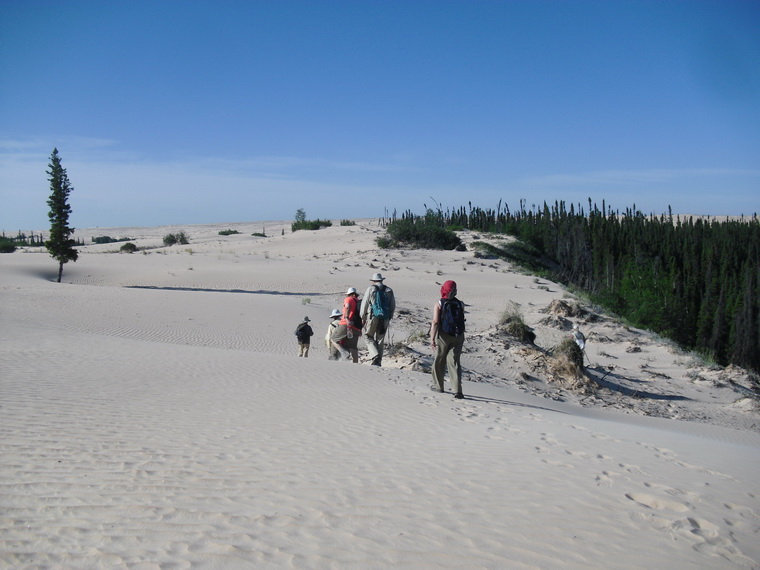 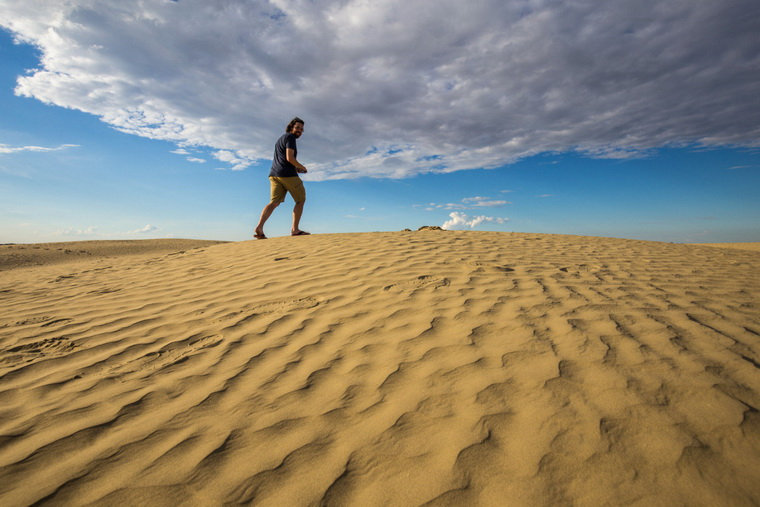 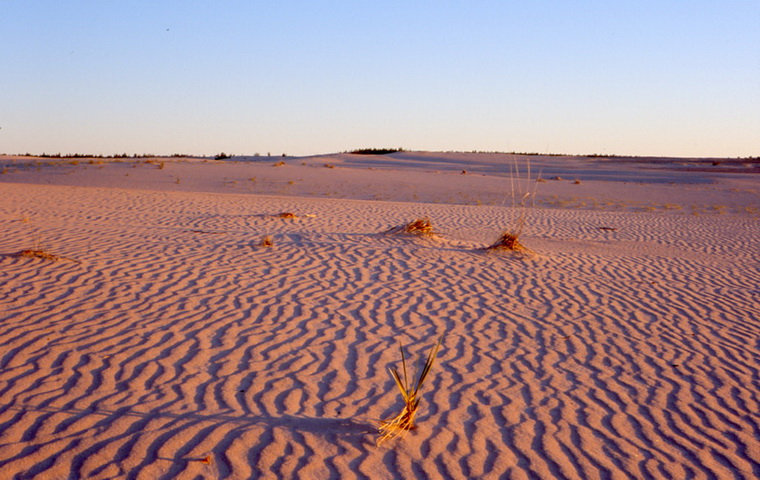 A veritable wilderness in the taiga. 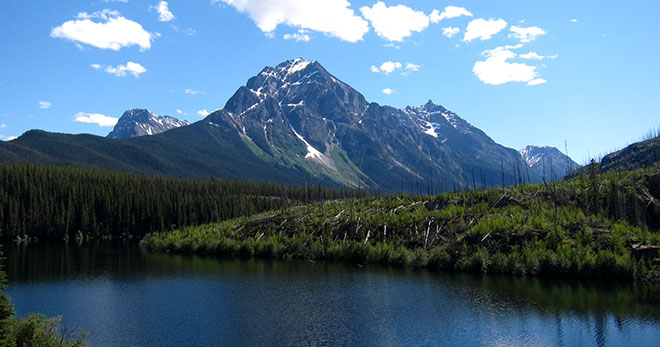 More than 2,000 years ago, the land around Lake Athabasca in Canada was inhabited by the Cree, Beaver, and Chipean Indian ethnic groups. It was from the Cree language that the name of Lake Athabasca (athapiscow means a body of water along which willows and reeds grow) came. Until the early 1980s, uranium and gold were mined in the lake area, and workers from the plants lived in the local town of Uranium City. Today, Lake Athabasca is part of the Peace-Athabasca Delta Wetlands and Wood Buffalo National Park, under the auspices of the UNESCO World Organization.

Where is Lake Athabasca located?

On a map of North America, we see that Lake Athabasca is located in two Canadian provinces, Alberta in the northeast and Saskatchewan in the northwest, and in the upper part of the Mackenzie River water system. 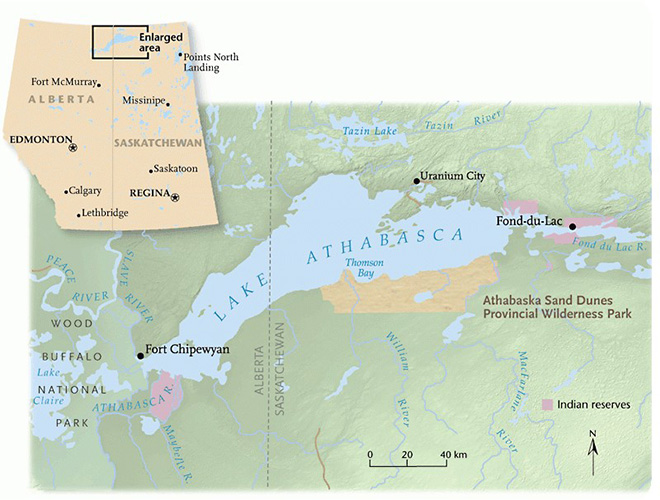 Here are some of the most important information about the Canadian body of water:

The vegetation along the shores of Lake Athabasca is quite diverse, but predominantly coniferous – firs, spruces, larches, pines, and junipers.

Since the mid-20s of the 20th century Atabasca organized fishing. Most of the catches are trout, pike, perch, burbot, northern pike and Arctic char. In 1961 a trout with a record weight of 46.3 kg was caught in Lake Athabasca. 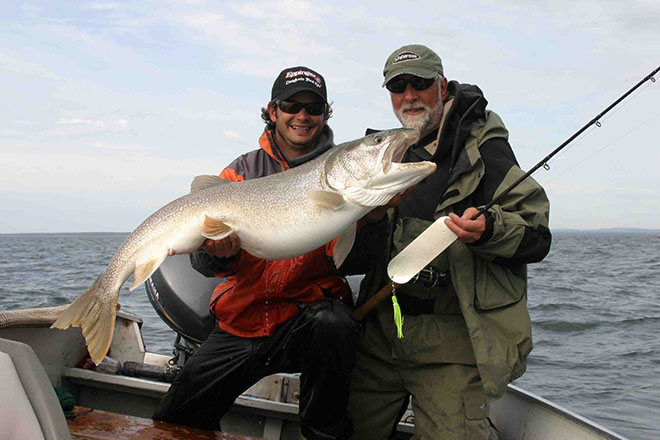 For quite a long time active uranium and gold mining had been going on in the lake and it could not but affect the ecology of the local places. The northern shores of the lake were heavily polluted, and in 2013, as a result of an accident at a coal mine, tons of slag entered the lake. In addition, oil deposits have been found in the vicinity of Lake Athabasca, which is also a cause of concern for environmentalists. 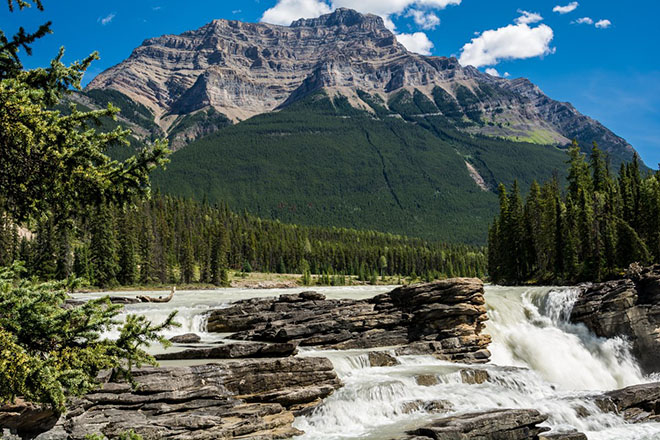 One of the most striking features of Lake Athabasca is the presence here of sand dunes. They are located near the southern shore of the reservoir. The dunes are more than 100 km long and can be up to 30 m high. Since 1992, the sand dunes of Lake Athabasca were included in the state protected area. It is called the Athabasca Sand Dune Park and belongs to Saskatchewan. 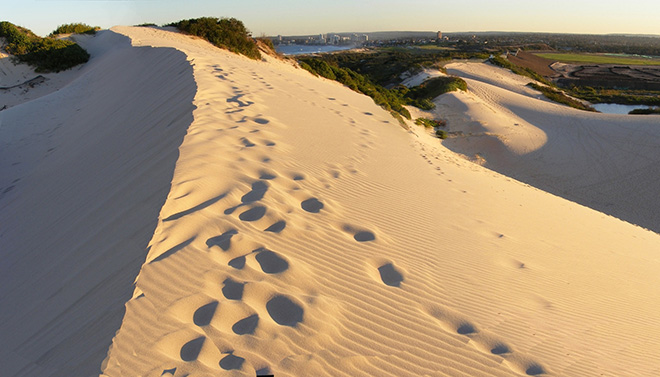 Because Lake Athabasca, with its sand dunes, is quite far from the cities, it is not easy to reach the area. It can be done by boat, boat or hydroplane. Tourists here are always few, the main mass of visitors are locals and scientists.