Baldwin Street is almost the steepest street in the world.

There are a huge number of cities on the planet and an even greater number of streets. But one of them deserves special attention. It is the famous Baldwin street. It is famous for its extremely large gradient. The street looks so unusual that it seems as if it is not real. But no, it is a very real street with houses that are just as real. Baldwin Street is the street, until recently, with the steepest rise (and consequently the descent) on Earth. 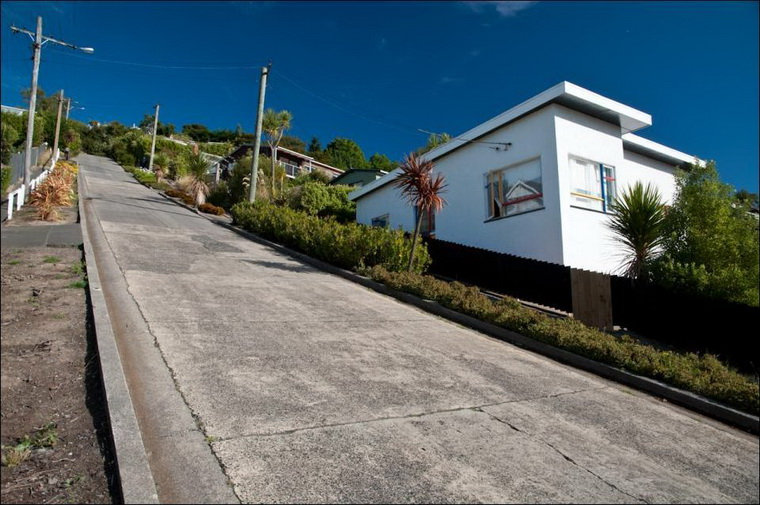 Baldwin Street is almost the steepest street in the world

Where is Baldwin Street

The steepest street (until July 2019) is located in the southern part of New Zealand’s South Island, in the town of Dunedin near the Pacific Ocean coast, in the Otago region. It is east of Lindsay Creek toward Signal hill in the Northeast Valley suburbs.

The street stretches 360 yards between Buchanan Street on the south and North Road on the north. It has a moderate slope at first, but then the street rises sharply, reaching a slope of 1:2.86 or 19 degrees. In fact, it rises 1 meter in height for every 2.86 meters of length. This is an astonishingly large gradient. The difference in elevation between the beginning and the end of the street is 70 meters. It starts at 30 meters above sea level and ends at a height of 100 meters.

It is worth noting that the average slope is just over 1:5. 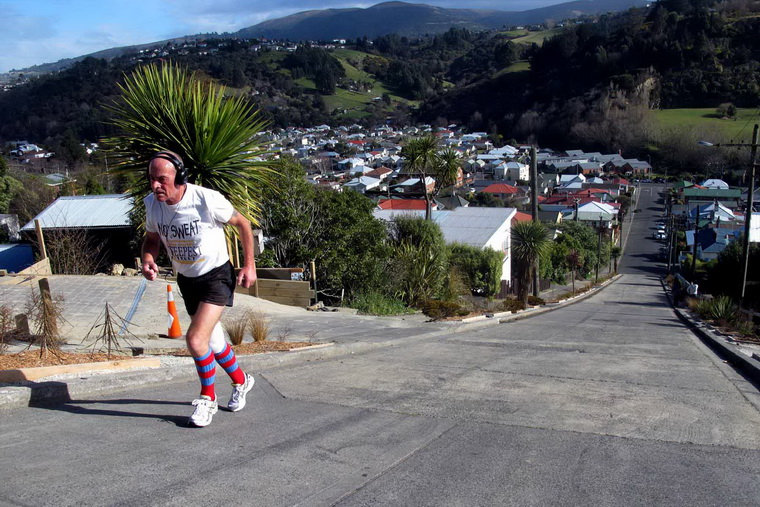 Baldwin Street and its conqueror

Where did this extraordinary street come from?

An inconsistency between theory and practice gave rise to Baldwin Street. The street’s incredible steepness is the result of ill-conceived planning. The urban development project was developed in London. The planners did not take into account the topographical features of the city and laid out the streets in the plan, absolutely disregarding the local landscape. This led to the fact that some of the streets passed literally on the slopes of hills.

Instead of taking steps to correct the construction plan or to change the layout of the streets already in place, they were simply placed on steep hills.

Residents of the city are very proud of this landmark. The famous Guinness Book of World Records ranked Baldwin Street number one in the “coolest street” category.

During the summer, there are interesting events held here.

Every year, since 1988, the Baldwin Street Gutbuster takes place. It is a race of hundreds of athletes and amateurs from the beginning of the street to the top and back. The running record is 1 min 56 sec. 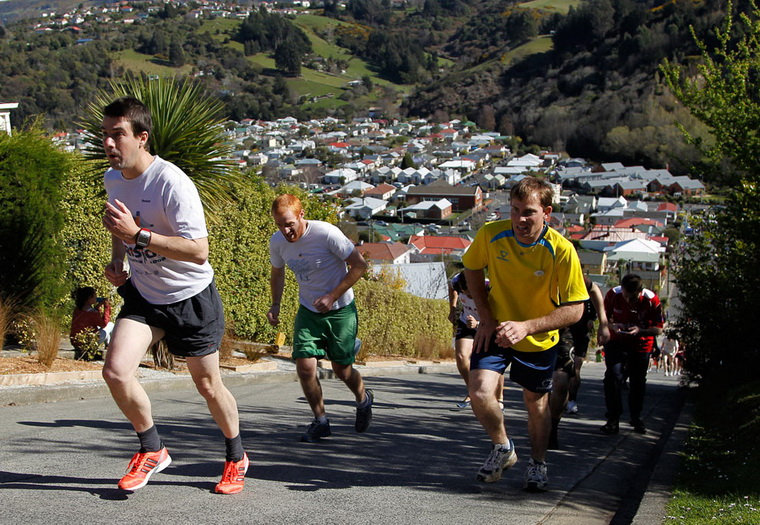 Since 2002, a more bizarre “competition” has been taking place in July. About 30,000 round candies covered in frosting are brought down the street. This event follows a tradition that began in 1998, when 2,000 tennis balls were released instead of candy. 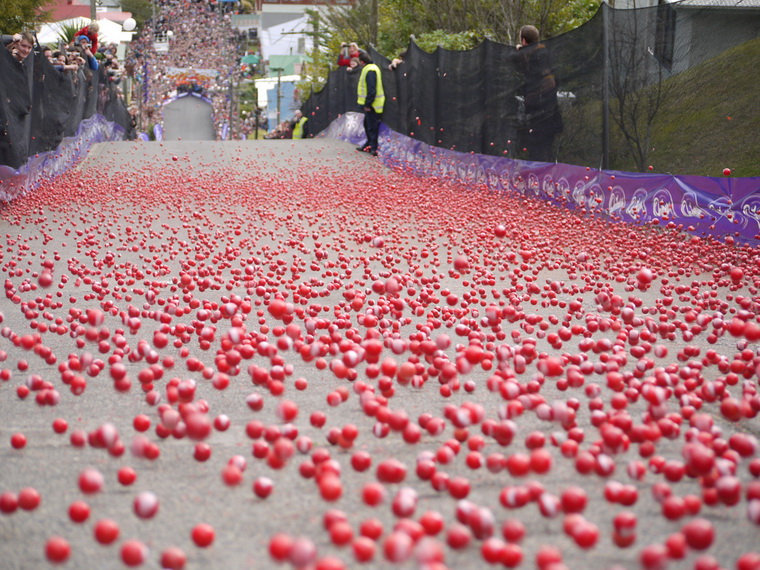 There are many other streets with steeper gradients claiming the title of steepest street.

Keep in mind that percent and degrees of slope are different units of measurement. Therefore, sometimes it is difficult to determine the slope.

READ
Fraser Island is a sandy paradise in tropical Australia

In any case, it was Baldwin Street that was considered the steepest street on the planet until July 2019 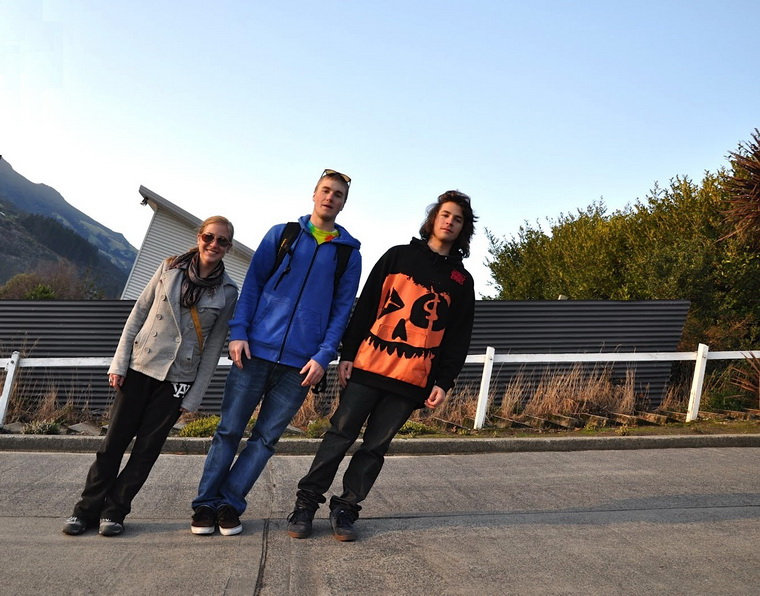 Who squeezed Baldwin Street into the Guinness Book of World Records

As of July 2019, the title of the coolest street in the world went to Ffordd Pen Llech in northwest Wales. The Guinness Book of World Records gave it the title.

Welcome to Baldwin Street, the coolest residential street in the world (7 photos)

Dunedin in New Zealand is home to Baldwin Street, the steepest residential street in the world. At almost 360 meters long, it rises to a height of 80 meters. 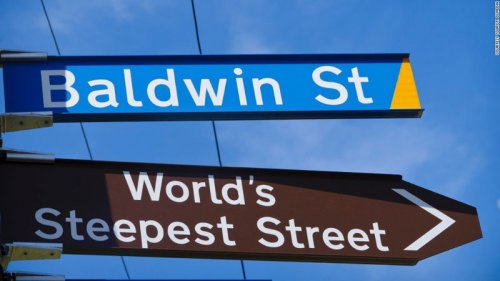 Like many claims to be the “biggest,” the “first,” and the “coolest,” the title “steepest street in the world” is still hotly contested by Canton Street in Pittsburgh, Bradford Street, Romolo Street, and Prentiss Street in San Francisco, and Waipio Valley Road in Hawaii.

However, despite the claims, only one street has been officially recognized by the Guinness Book of World Records as the coolest street in the world, and that is Baldwin Street in Dunedin, New Zealand. 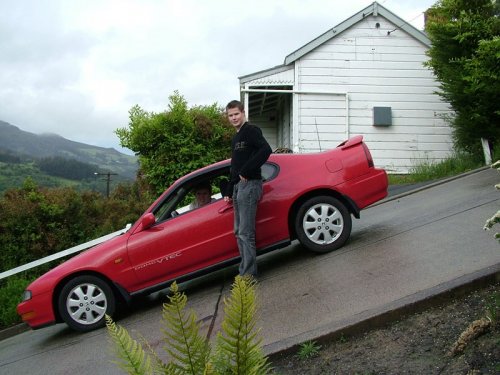 The steepness of the street was unintentional. Like many other parts of the city of Dunedin in its early days, and New Zealand as a whole, the streets were planned by London planners with a grid on a map without regard to the local landscape. In the case of Baldwin Street (and most of the planned streets of Dunedin), the plan was drawn up by Charles Kettle in the mid-19th century. The street was named after William Baldwin, a New Zealand politician, Otago councillor and founder of a local newspaper. 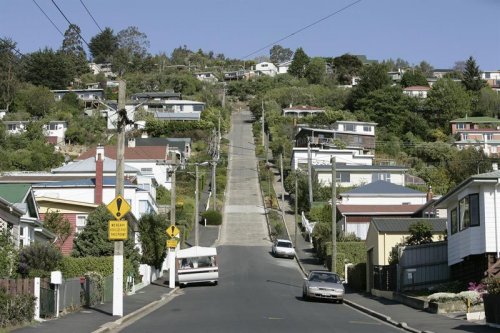 Baldwin Street is the site of an annual event in Dunedin called the Baldwin Street Gutbuster. Every summer since 1988, this stamina and balance contest involves athletes who must run up the street from the base and then “roll” back down the street at speed. The event attracts several hundred participants each year, and the record set is 1 minute 56 seconds.

And since 2002, in July, there has been an annual charity event featuring the Jaffa Race, a “competition” of more than 30,000 Jaffa candies (chocolate-covered, spherical-shaped confections) rolling down. Each such candy is numbered and belongs to one person. The winners are those candies that are the first to fall into a special funnel. Prizes are given to the winners, and the proceeds from the event go to charity. 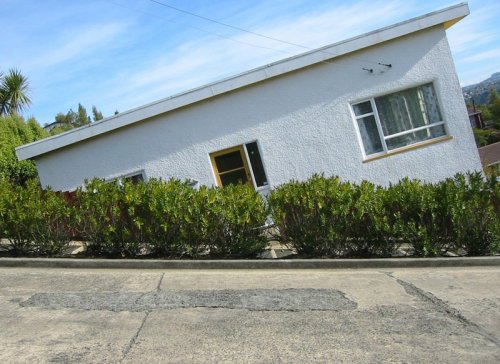 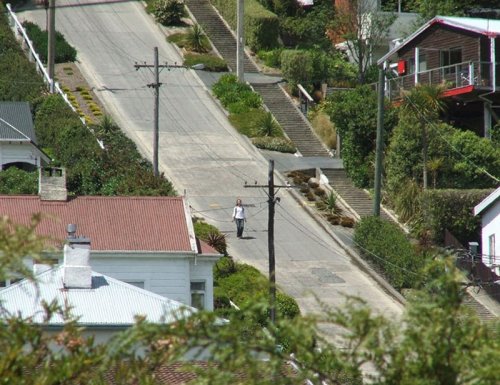 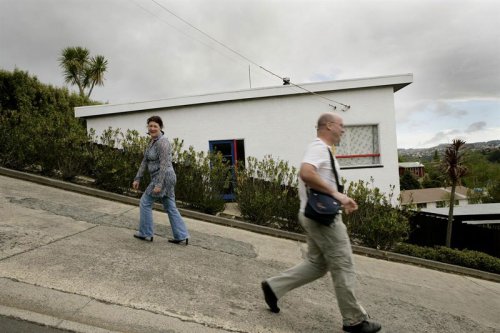 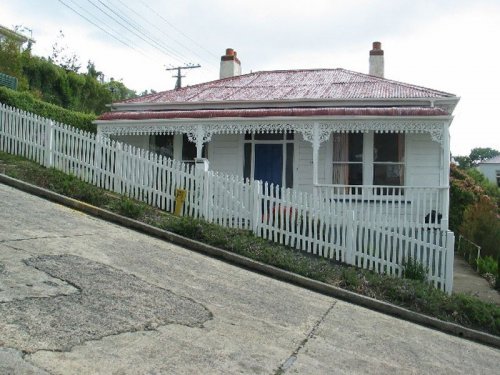