Barsakelmes is an island in the Aral Sea, translated as “you will go – you will not come back”, turned into a peninsula and disappeared.

Barsakelmes – an island located in the Aral Sea, got its name because of the strange phenomena occurring on its territory. “If you go, you will not come back”, this is how the name of the island sounds in translation. It becomes obvious that the “name” of the island has a meaning.

Former island in the Aral Sea, now a tract in the Aral district of Kyzylorda region of Kazakhstan. Area 133 km².

Local residents know enough legends and incidents occurring on the island land. There are many stories that there were not isolated cases of missing people who later returned.

However, there was one point, those who were thought to have disappeared without a trace, suddenly reappeared after dozens of years. According to statements of the participants of the amazing events themselves, they spent several days on the island.

There is a story that at the beginning of the last century, a law enforcement officer detained a man dressed strangely. The arrested man spoke a foreign language. When an interpreter was invited, everyone was amazed by the story of an unusual man. He claimed that he was born in the XVII century, and as a result of a shipwreck he was thrown ashore, where he was detained. The truthfulness of his words was argued by a rare dialect, which was spoken in the XVIII century, and the hapless navigator was fluent in it.

A similar case occurred with the expedition of surveyors. Having arrived on the island, part of the group headed for the center of the island. Having reached their destination, the surveyors turned on their walkie-talkies, but their attempts to establish radio communication with the shore proved to be fruitless. Communication was established after about an hour, but as it turned out, during that time a day had passed ashore and the missing were already searched all over the island.

Cases of unexplained disappearances of entire settlements have been reported. Once, in one of the harshest winters, in order to find fodder for a flock of sheep, the inhabitants of one of the villages decided to temporarily move to the island. The group of people, together with their flocks of sheep, that moved to the island land, was never seen again. Searches have yielded no results and no traces of what might have happened have been found. The only thing the search team found was a strange winged animal, similar in description to a prehistoric lizard.

In addition to cases of “loss” in time, there is much talk of strange mirages in the mysterious territory of the island. According to some witnesses, they saw some structures similar to military objects. There is a version, as if on this territory of Kazakhstan carried out experiments with various kinds of secret weapons. The island served as a proving ground for these tests. It should be noted that reliable facts and evidence of such a claim have not been found.

In fact, most stories about Barsakelmes are based on unconfirmed testimonies, guesses, and legends, and it is also claimed that the island owes its fame to a famous fiction writer. Many of the stories are likely to be fiction, but local residents shun the mysterious terrain. Perhaps there are objective reasons for this, but they have nothing to do with mysticism. Nevertheless, the land of the island “If you go, you won’t come back” arouses much interest. Maybe the legends are true?

Barsakelmes Island on the world map

The size of the island grew due to the shallowing of the Aral Sea. In the second half of the 1990s it became a peninsula, and in the early 2000s its size was 40 by 16 km.

In 2009, due to the drying up of the eastern part of the Large Aral, the peninsula ceased to exist.

Barsakelmes Island: The most mystical stories about the mysterious place

Barsakelmes Island in the Aral Sea is shrouded in legends about its anomalous past. Now the island is turned into a tract because of the shallowing of the sea, but the mysterious place still interests people, writes El.kz. 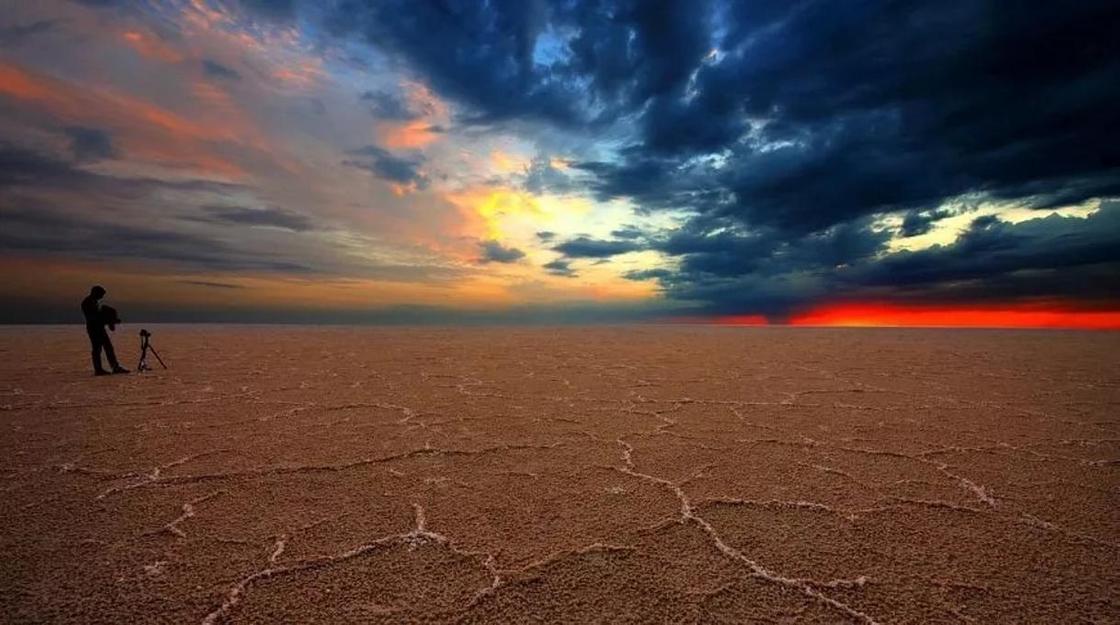 Its name sounds as terrifying as the legends of the anomalous past. In translation from the Kazakh language, the name of the island means “you will not come back”.

The history of the reserve 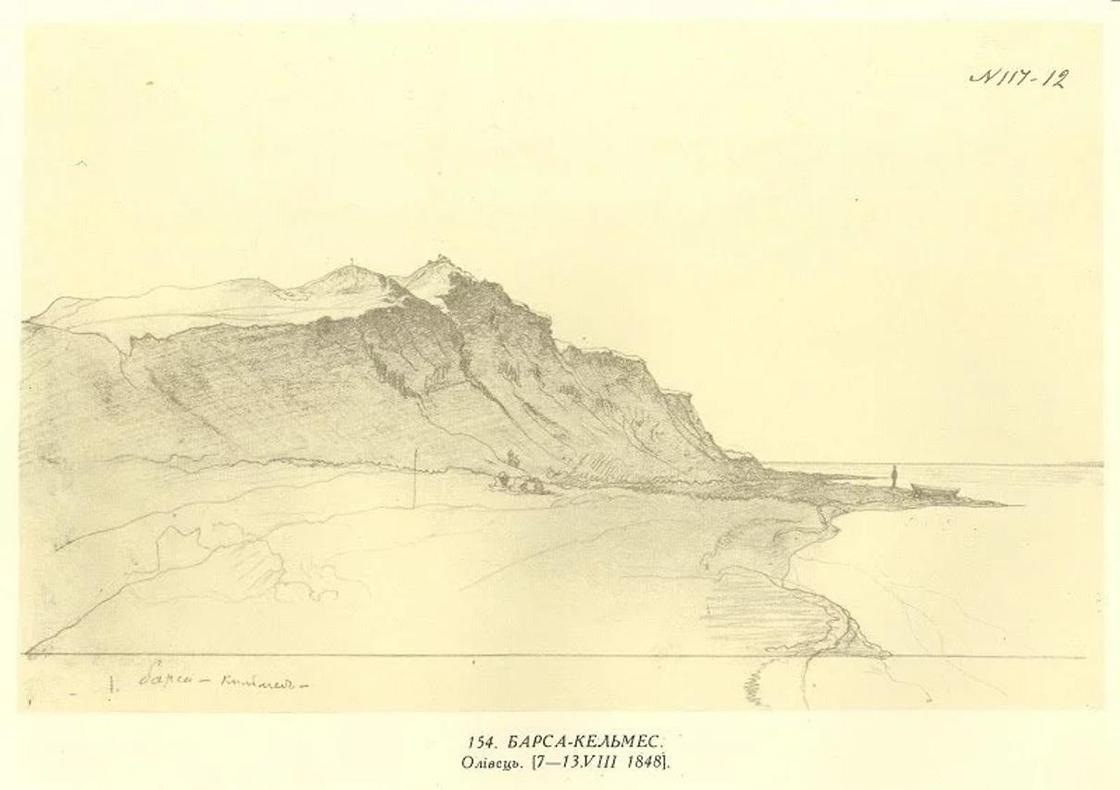 Barsakelmes Island was officially documented in the fifties of the 19th century by the Russian hydrographer Alexei Butakov. His expedition included the exiled Ukrainian poet and prominent personality Taras Shevchenko. Today, his drawings, made during his stay on the island, have been preserved.

In the 1920s, a gopher hunting farm was established there. Already ten years later the island was given the title of a national reserve.

The main task of the facility was to support the population of kulans, which were brought here from outside. However, the lack of fresh water caused many obstacles for the development of this reserve. 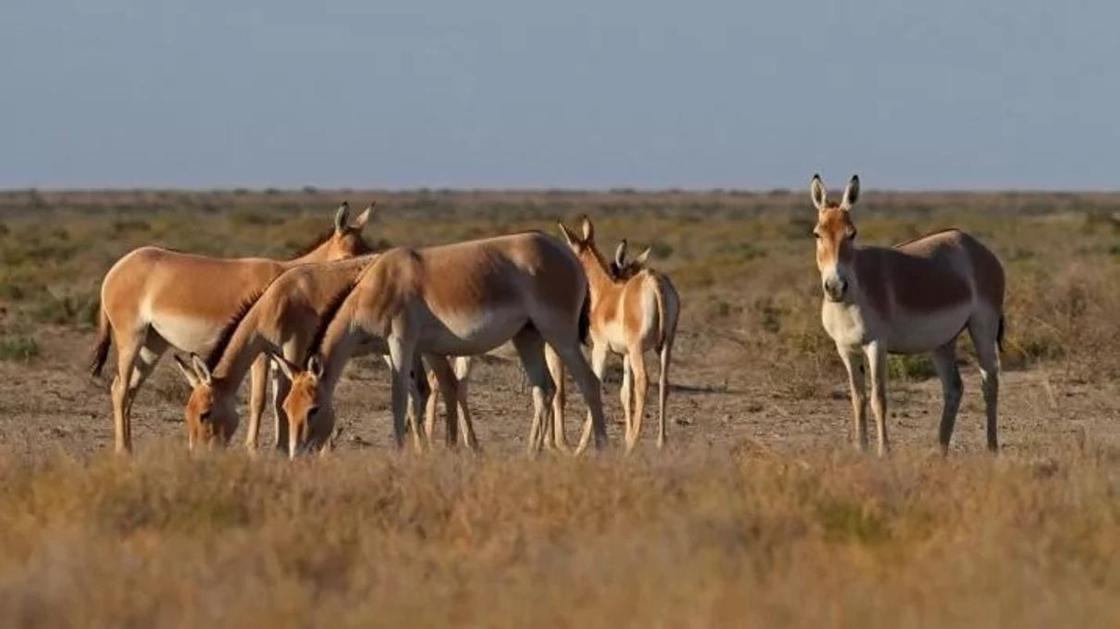 It is known that the kulans were taken back in the 1990s. 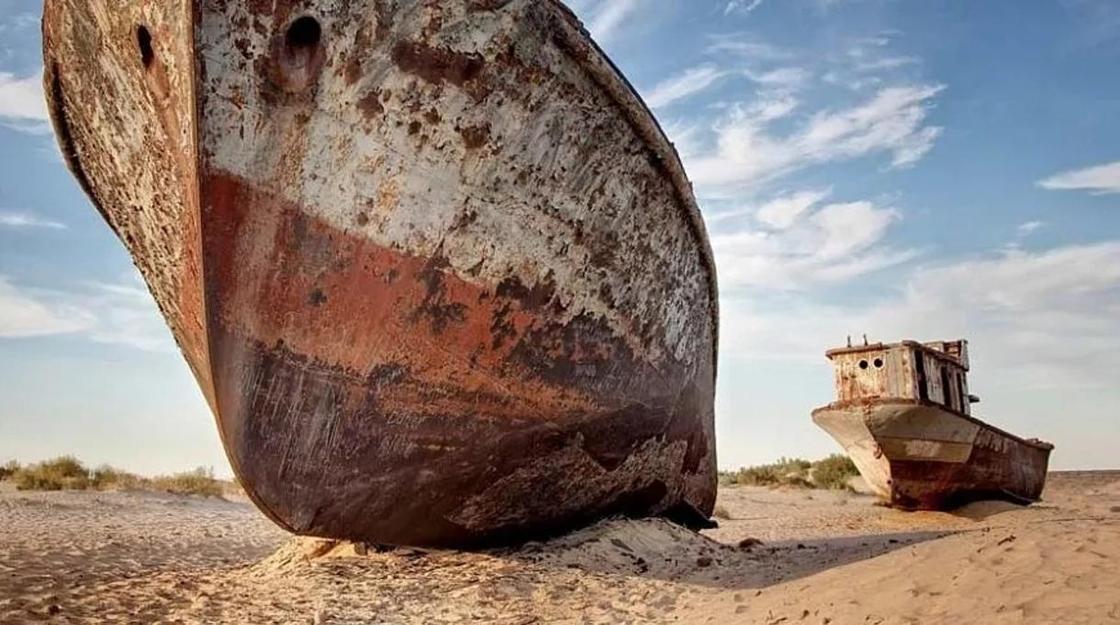 Barsakelmes was called the most “closed” nature reserve of the whole Soviet Union. It was almost impossible to get there because of the strict admission regime.

According to researcher Mikhail Antonov, at one time the Soviet government opened a secret biological weapons laboratory 60 kilometers from Barsakelmes on the island of Rise. As a result of tests of harmful substances, residents of neighboring villages suffered.

What happened to the island afterwards remains a mystery to this day. Such conspiracies gave rise to rumors and unbelievable speculations about the phenomena occurring on the island. These tend to mostly involve stories of mysterious disappearances of people.

What is in your name? 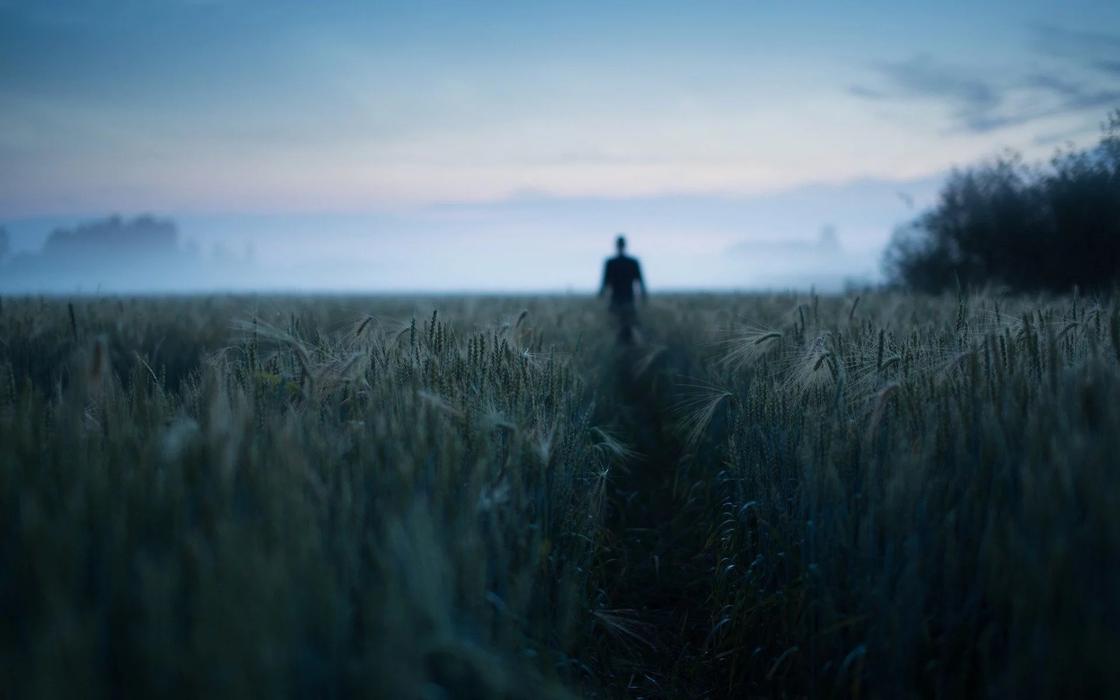 In times immemorial, an enemy attack forced a certain tribe to move to the island of Barsakelmes.

Legend has it that while waiting for frost to freeze to cross the frozen sea unhindered, an old man appeared to the tribal leader in a dream.

He prophesied a safe and happy life for the inhabitants of the tribe, provided no one harmed the animals and plants of the island. And indeed, soon after the move, the enemies finally left them behind, and the tribesmen indulged in unbridled merriment.

READ
The colored sands of Chamarel, a land of seven colors. Mauritius

However, it is human nature to forget the value of once unattainable riches. Intoxicated by their carefree lives, the tribesmen began to cut down trees and kill the island’s animals for their own needs.

In retaliation, the island angrily turned on the humans and sent them a pack of giant steppe snakes. Thus the people became victims of their own greed. 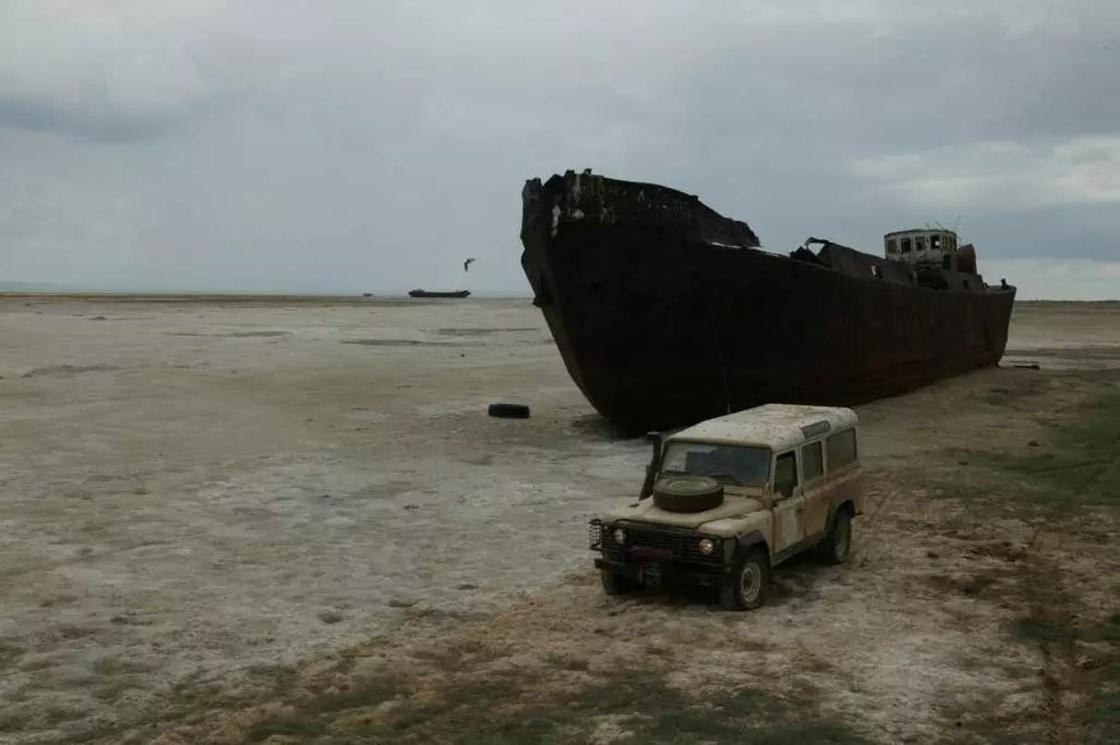 Another more plausible story of people being swallowed up by the island is that in the 1960s, a Soviet expedition brought a tank to the island packed with reconnaissance equipment. The tanker was instructed to be on the line at all times.

The tankman followed the order unconditionally and talked on the radio for a long time. But at some point the broadcasting stopped. The tanker never contacted us again. When the other members of the expedition arrived at the tank there was nobody inside and the military vehicle was covered with frost. It is still not clear where the tank crew member went. 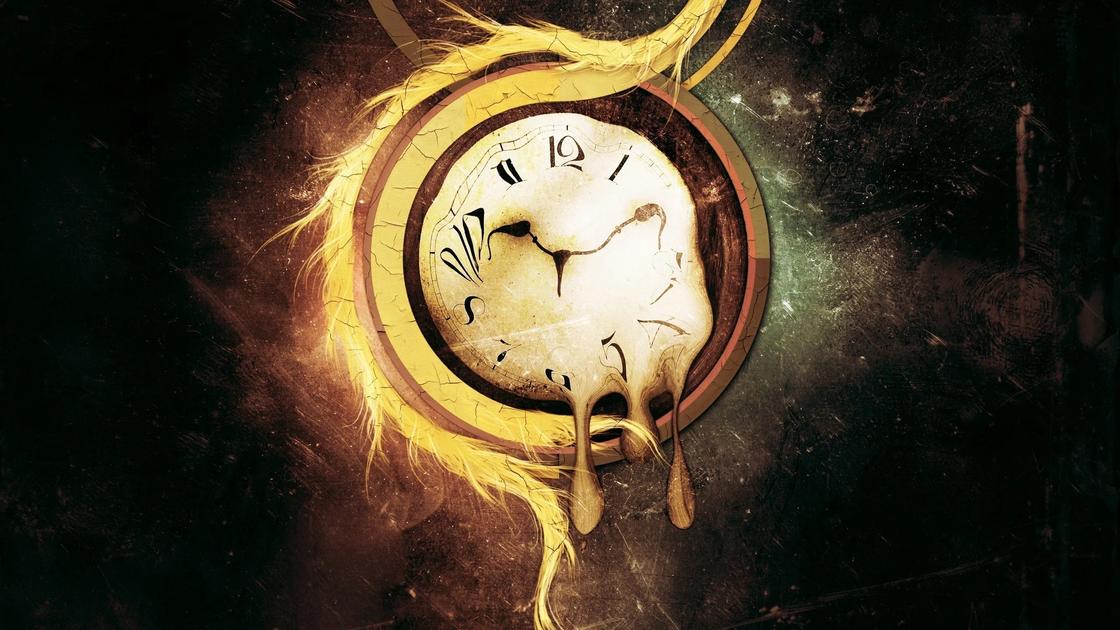 According to a popular story, in the 20s of the XIX century an entire topographic expedition disappeared in Barsakelmes. Its search took three months. At one point, however, the missing people suddenly turned up at their homes. When asked where they had been all the time, all of them said that they had been on the island for only three days, doing a survey.

A similar case occurred with escaped prisoners who hid here from the search parties. A few years later, the fugitives returned to their families. When they returned home, they were horrified to discover that not months but years had passed since their escape.

There are many such intriguing stories with “temporary” failures. Ufologists have their own version of this. According to them, the island of Barsakelmes is under the influence of a powerful geoactive zone. Hence the anomalous phenomena as a violation of the physical time. 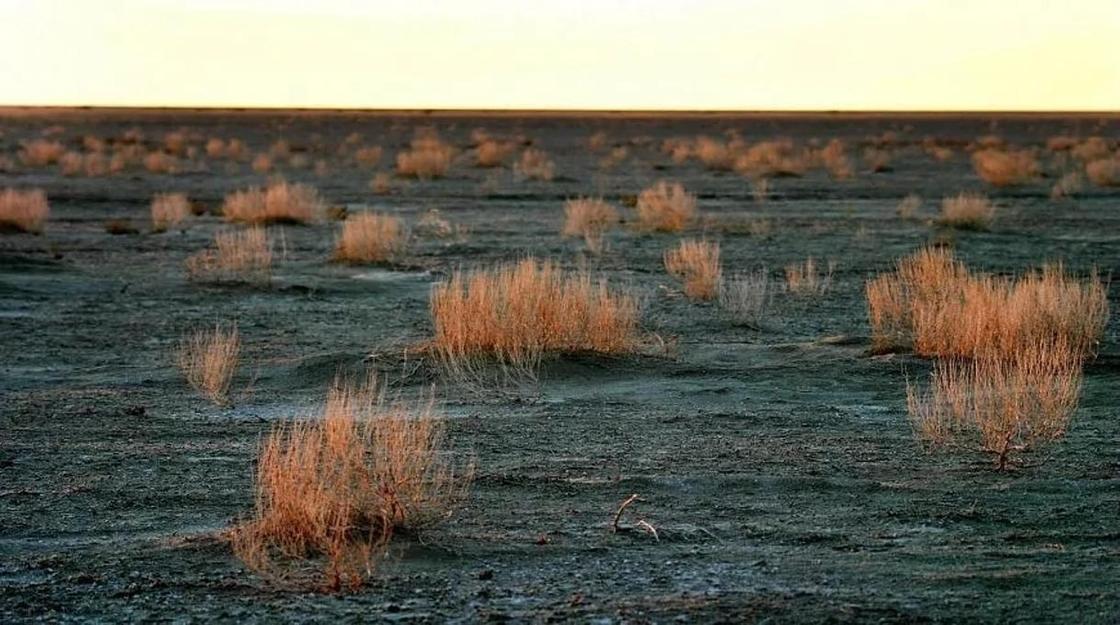 Meanwhile, many researchers connect the mysterious disappearance of people on the island with UFO activity. In the past, there were many eyewitnesses who claimed to have seen unidentified flying saucers.

If you search well, you can find a lot of information about the mysterious glow over the island. No one has yet found a rational explanation for these glows.

Despite such anomalous stories, the Barsakelmes National Reserve is still considered one of the main treasures of the nine protected natural sites in Kazakhstan. This mysterious place beckons with its frightening beauty many researchers from around the world.

Learn about everything first

Sign up to be updated on the latest news, photos, videos and other exclusive news of Kazakhstan.