Amazing selection of photos of people of Africa, the enchanting original beauty of the African continent attracts with its colors.

Today’s post is about the beauty of the people of Africa, conveyed through photographs. There are a total of 130 truly beautiful photos. Unfortunately, in the media Africa is often portrayed in a very narrow range of images: poverty, disease, or war. And in this post, we wanted to show a different side of Africa. We decided to focus on the people.

Africa is the second largest continent on the globe and is home to over a billion people. It has 54 nations and is the richest of the continents when it comes to mineral resources. In the scientific community, Africa is considered the cradle of humanity. There are over 2 thousand different languages: it is a very diverse and beautiful part of the world.

Shelter for the rain

Sudan, Khartoum, portrait of a cheerful schoolgirl with pigtails

A young student at school in Livingstone, Zambia

A girl in the vicinity of Bahar Dar

Look in my eyes – Ethiopia

A little lady from Turkana district of Northern Kenya

Tuaregs in the Akakus Mountains

30 Years of Civil War in His Eyes – Mudimba – Angola

Rendille of the Turkana tribe – Kenya

Alaba, the man with the big hat – Ethiopia

The most beautiful black girls in the world

Different parts of the world have their own special standards of female beauty. There are such standards in Africa. But despite all the similarity of the ideals and standards of beauty, African women are still clearly distinguished in the general order of the world’s beauties. The special shape, the shape and incision of the eyes, a clear facial oval, and most importantly, a good non-problematic skin make the black beauties in demand as models around the world. Let’s hold a small beauty contest for the natives and inhabitants of the African continent, and here are the most beautiful black women in the world. 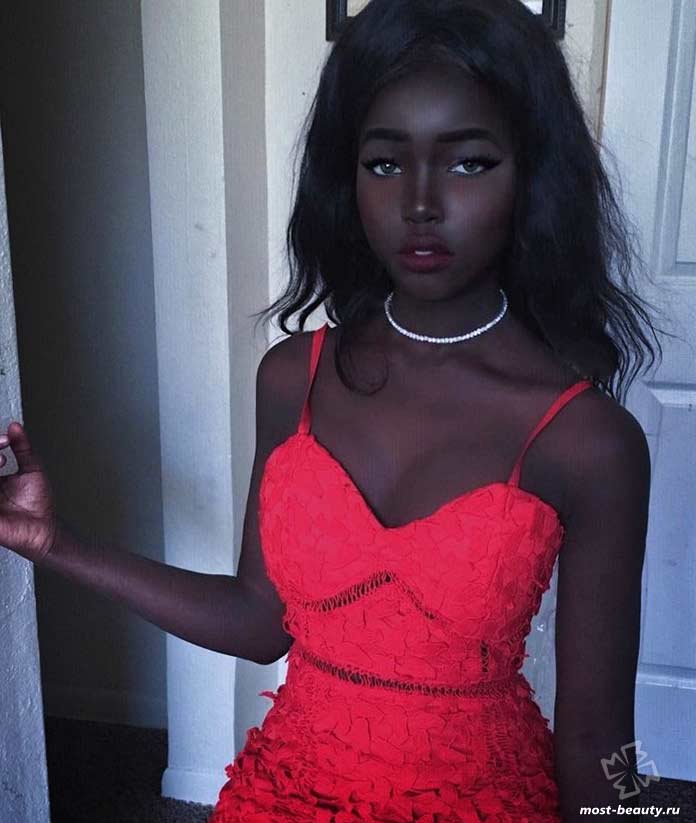 In the photo: Black Hannah Montana.

Our preference is for beautiful women who work and live in African countries, or who work in other countries, but have not changed their nationality.

In the second part of the article we will leave the stereotypes and patterns of the model appearance and present beautiful representatives of African tribes.

The most beautiful African women in the world: 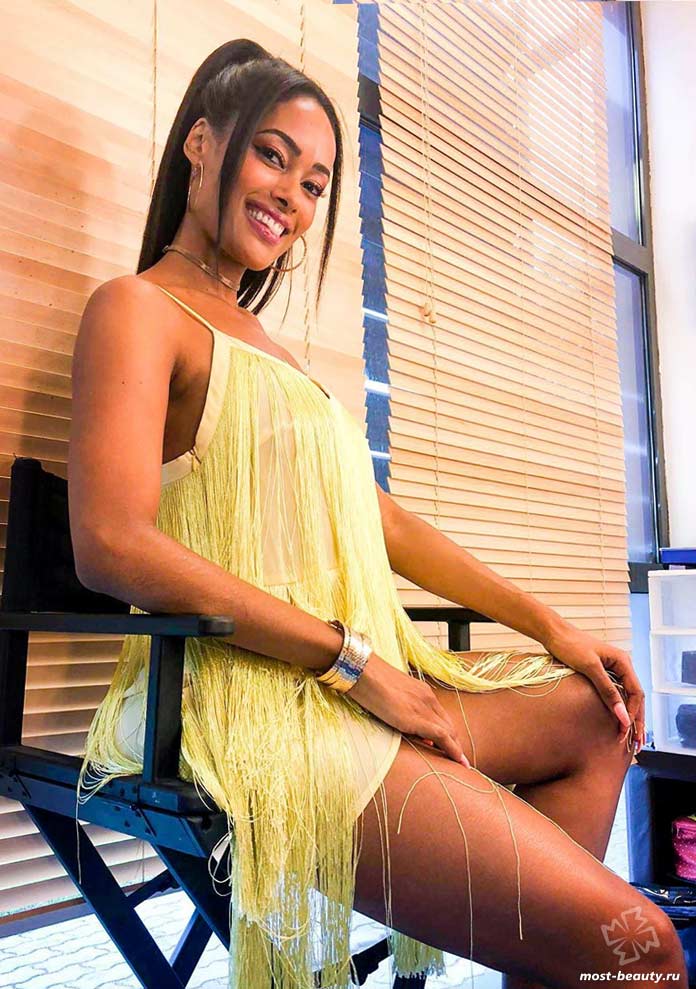 The beautiful girl, who won the titles of Miss Angola and the First Vice-Miss World in 2007, was born in a family of Portuguese and Angolan.

The beautiful Micaela was one of the ten most beautiful girls in the world at the Miss Universe pageant.

After participating in multiple international pageants, Micaela Reis settled in Luanda, the capital of Angola, and is pursuing a successful career as a model. 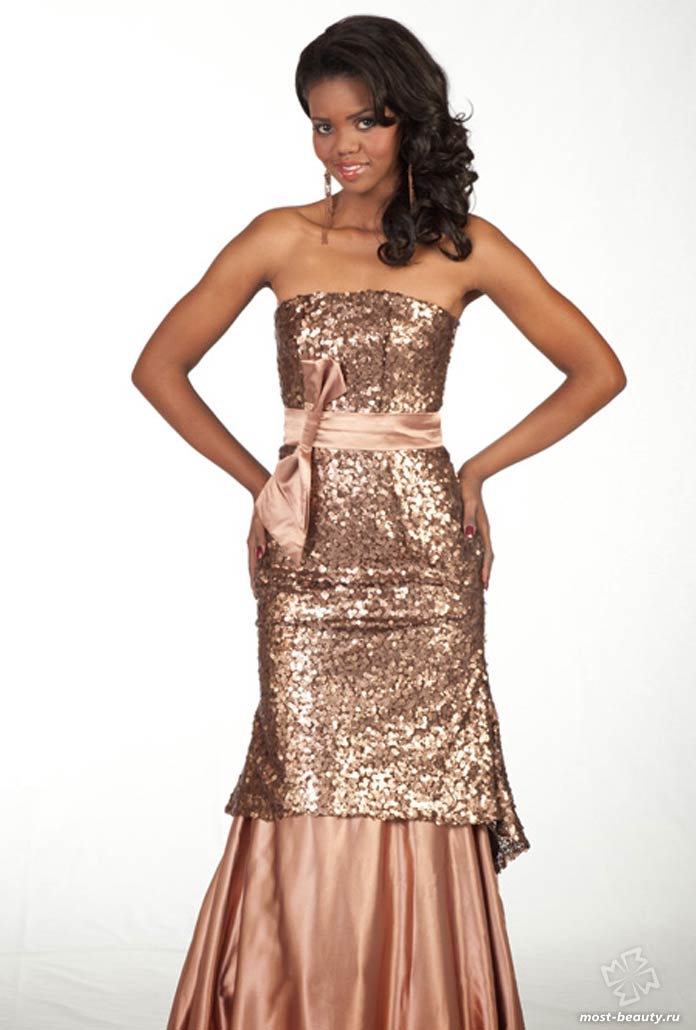 The dark-skinned beauty was born in the small African country of Botswana.

In 2011, the beautiful girl won the title of Miss Botswana and won the right to represent her country at the Miss Earth pageant.

Messaya submitted her country’s greening project for the contest. Now she is active in public activities and develops projects to attract tourists to Botswana.

By the way, you can learn about the most beautiful women according to most-beauty.ru in our article by clicking here. 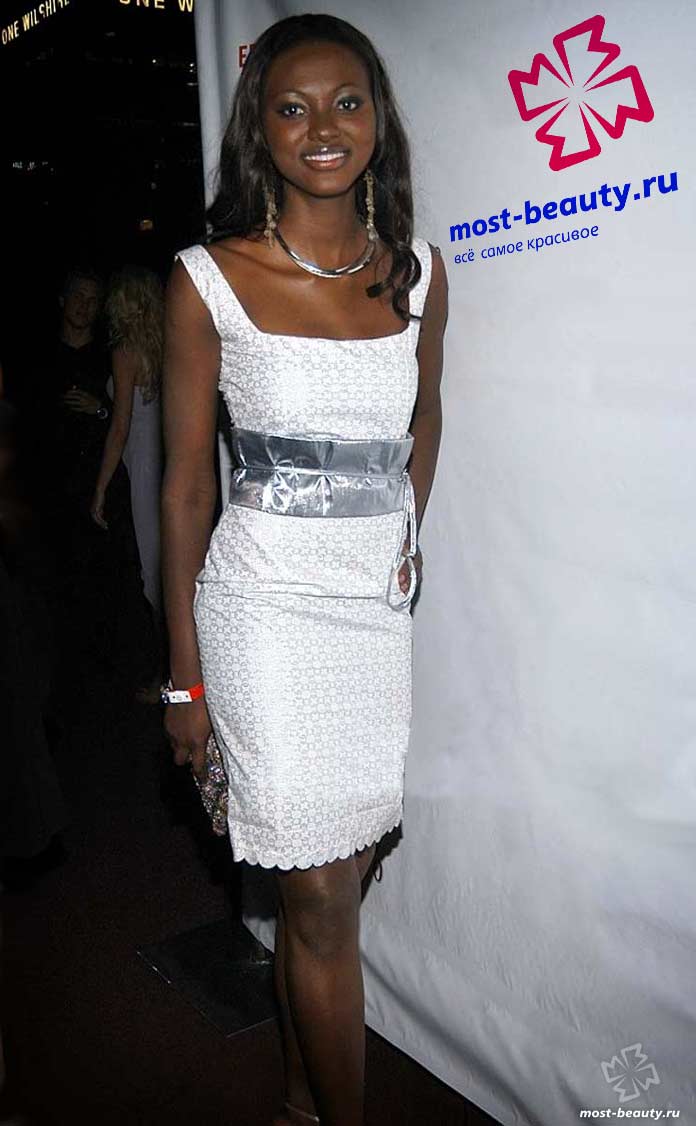 Beauty queen of Ghana – Angela, as a student, took part in the “Miss Universe” contest, where she received the prestigious title of “Miss Congeniality”.

The beauty of the girl was highly appreciated at home and in the world. Angela Asare was the face of RUNWAY AFRICA at the first African Exposition in the United States. She is Ghana’s national ambassador for AIDS awareness. 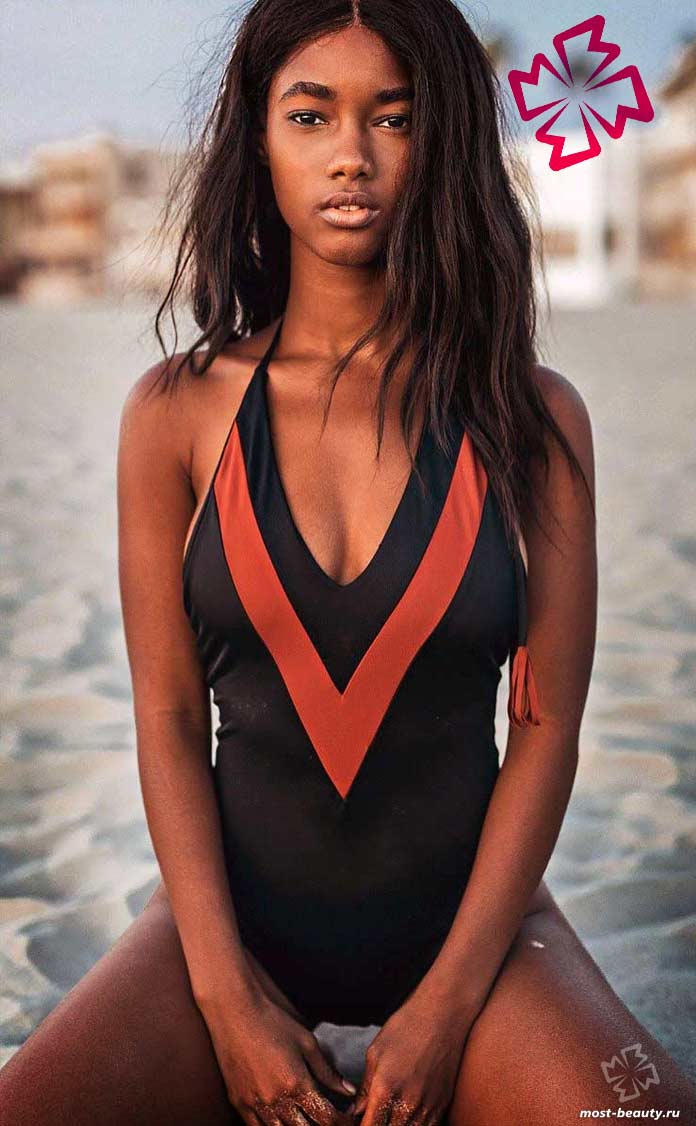 In 2013, Guinea, Africa’s poorest country, participated in the International Beauty Pageant. The honor to represent her country fell to the magnificent Mariama Diallo.

Before that, the young girl won the national contest, becoming the most beautiful girl of Guinea. After the competition she starred in several photo shoots for famous magazines. 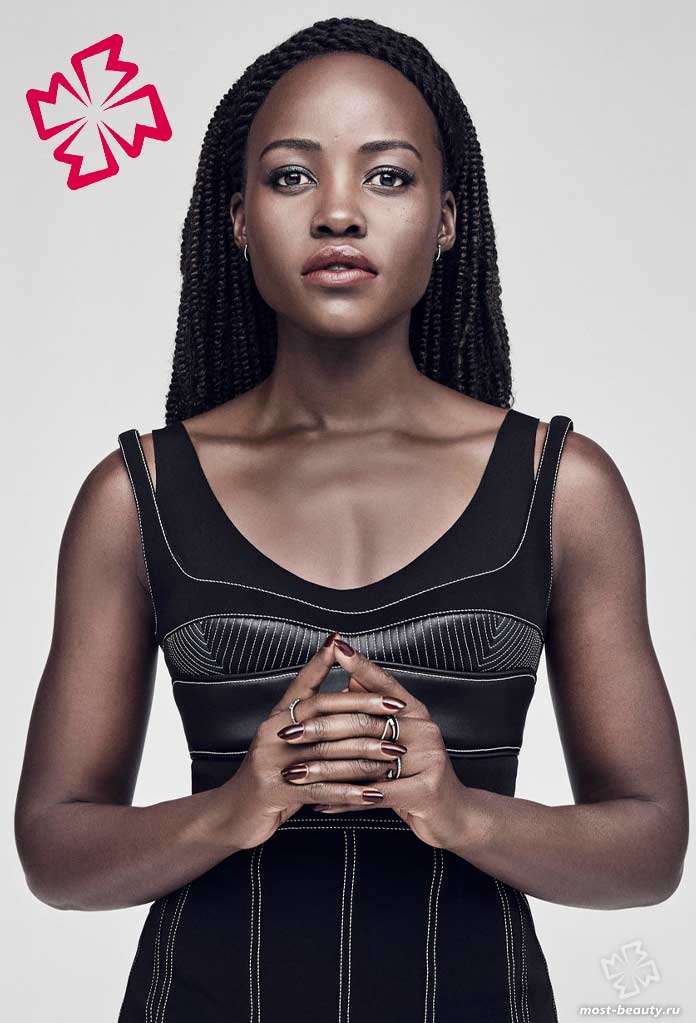 Successful actress and model Lupita Nyong’o is rightfully considered the most beautiful Kenyan woman in the world.

Lupita spent her childhood in Kenya. The acting debut of the gorgeous African was in the film “12 Years of Slavery”, and success awaited her immediately. Lupita Nyong’o won the Academy Award for Best Supporting Actress for her role as Patsy, the slave in the Oscar-winning film. 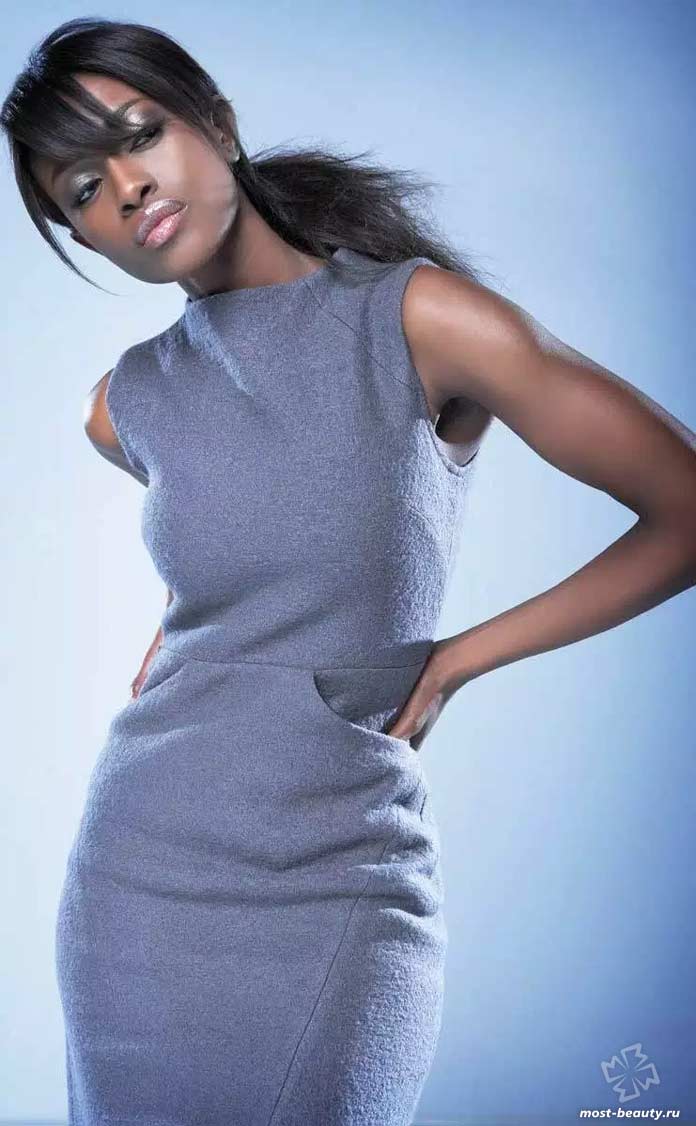 The Congolese Joelle began her career as a photo model. The beautiful black woman was also noticed by directors.

Joelle Caimbe starred in two films, one of which was directly about Africa, “Conspiracy Theory. Zulu,” co-produced by the United States and South Africa. In 2008, the beautiful Joelle was the centerpiece of the romantic, adventure film “Treasure Island Tropicana.”

READ
Cape Verde and points of interest, photos and descriptions 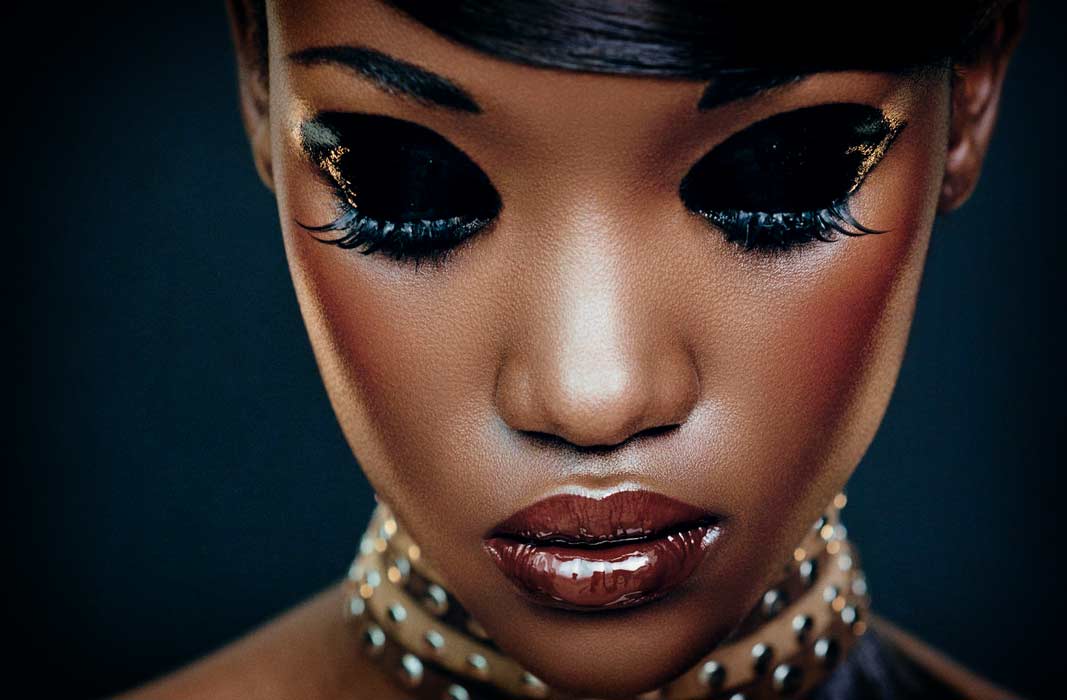 The black-skinned model graces Gouet’s first book titled “Soul.” Also the resident of Cote d’Ivoire works with famous modeling agencies of the world, using the exotic beauty of Nina in the show of exclusive branded collections. 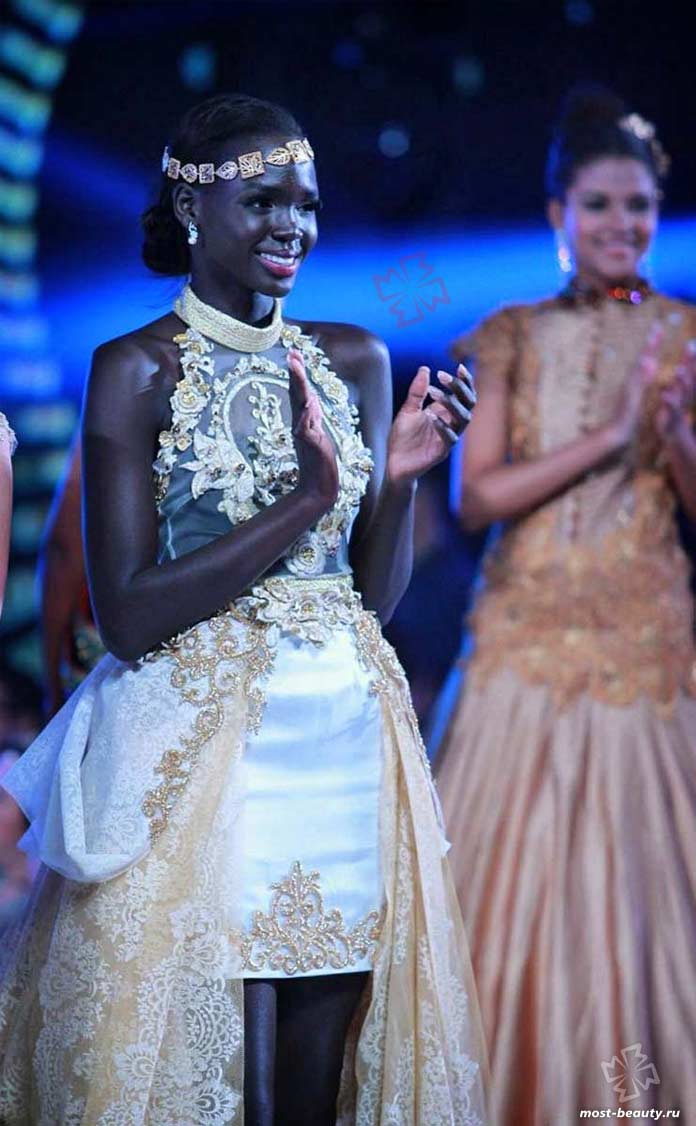 In 2013, this beautiful dark-skinned girl represented her country at the Miss World Beauty Pageant.

Manuela trained to be a doctor. The pretty doctor is a devout Christian. Her interests include a love of gospel music. In addition, Manuela not only loves to listen to music, but also sings beautifully herself. 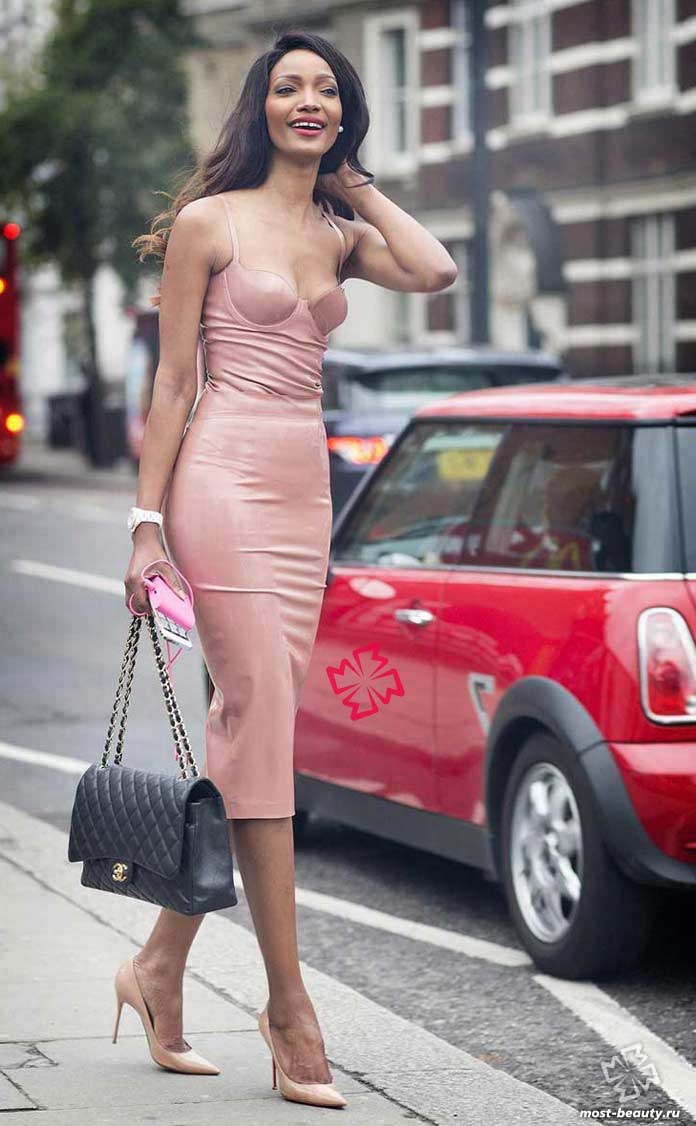 Tanzanian model Mylene was in demand at world fashion shows in Europe, Asia and South Africa.

It was her beauty and attractiveness that made the lovely girl recognizable around the world.

Mylene provides active charitable assistance to developing countries in Africa and Asia. In 2015, the charming native of Tanzania was awarded the first BET International Good Award, as well as named a Hero of Africa by the BBC. 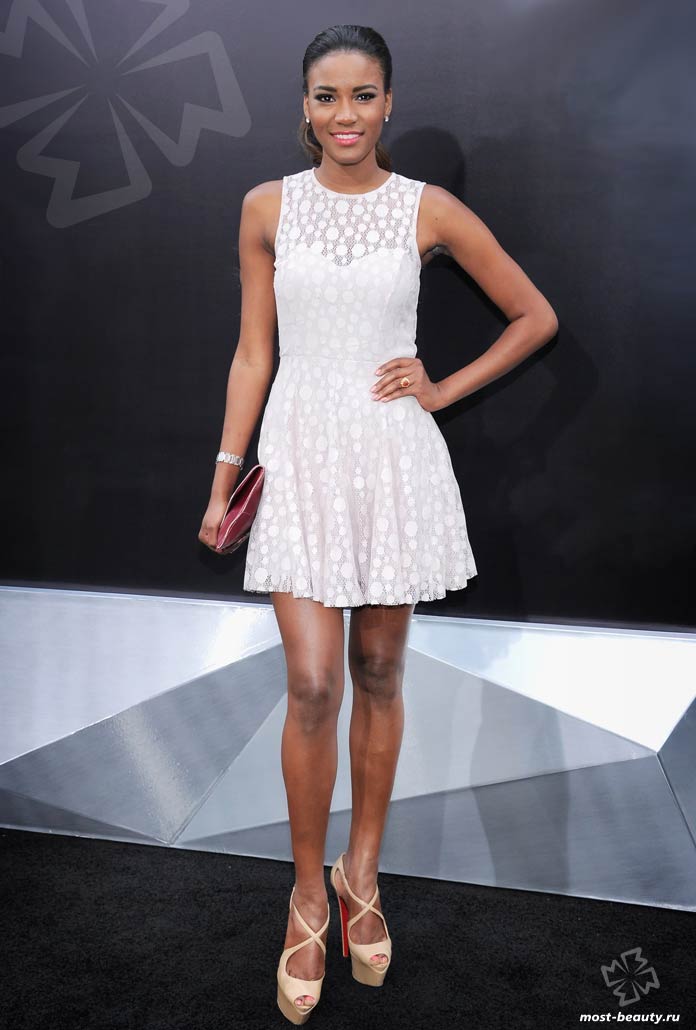 Leila, an Angolan woman, after winning a national beauty pageant in Angola, got the right to represent her country at the international level.

In 2011, the enchanting Leila Lopez won the title of Miss Universe.

The beautiful Leila trained as a manager in the UK, and with her beauty she proves that Angolans are the most beautiful African women. 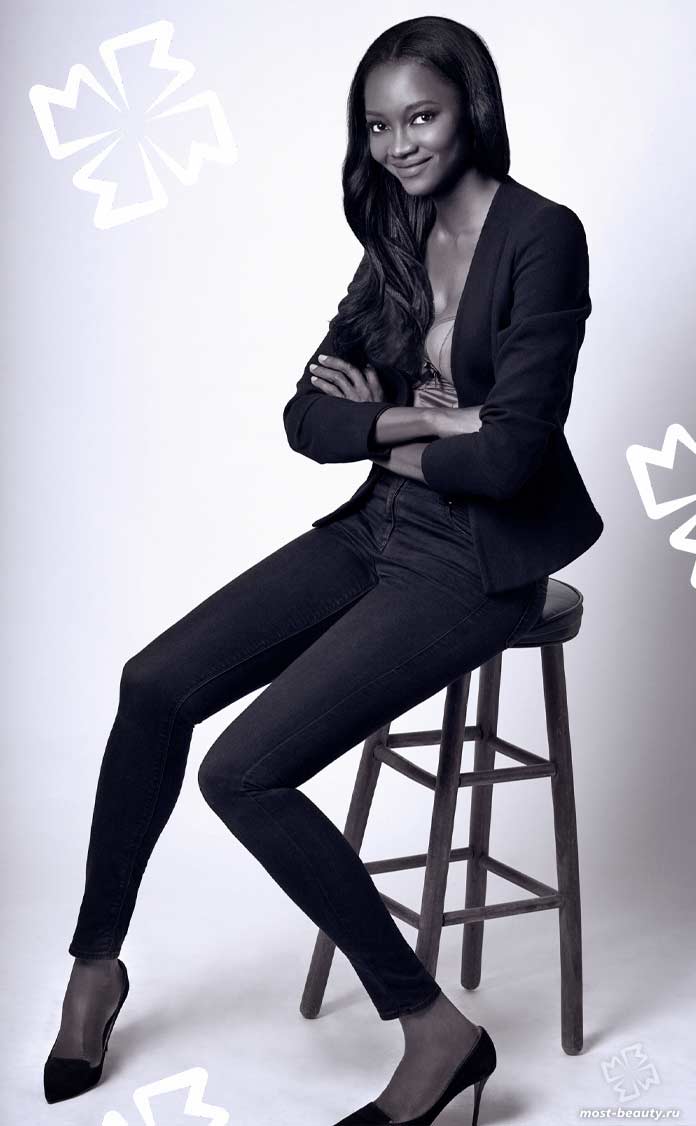 One of the most beautiful representatives of the Negro race Nigerian Oluchi Onwigba already at the age of sixteen won the “Face of Africa” contest. After success in her homeland, the beauty moved to the United States and became a famous photo model. Everyone who worked with the sexy and bright African beauty noted her good-naturedness and fine character.

In 2008, after a successful career as a model, Oluchi opened her own modeling agency in South Africa.

And now, directly, the exotic and unique beauty and charm of women of different African tribes. We may not sound politically correct to some, but black beauties are the real beauty of Africa. 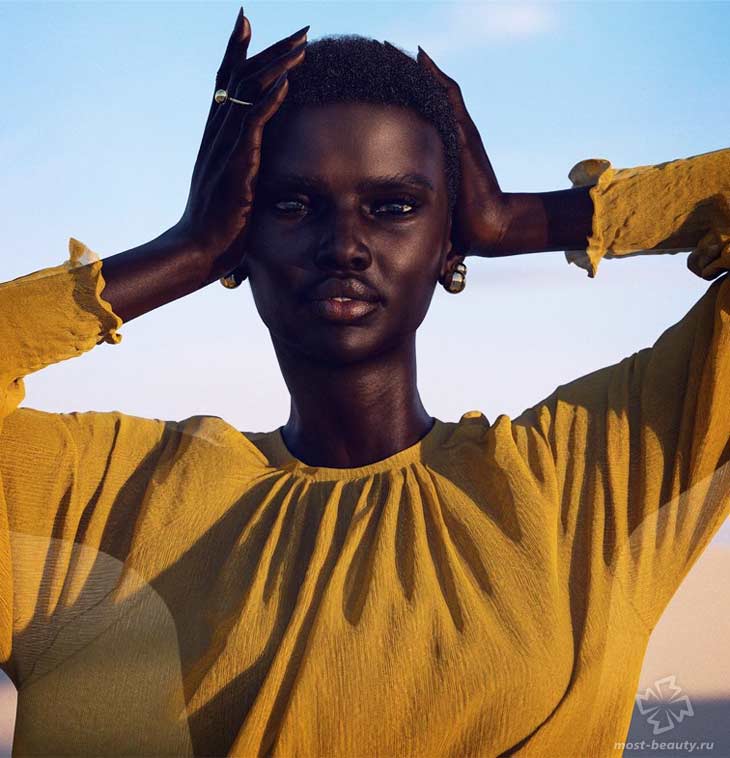 This unusual black model differs from everyone else on this list in that she is unrealistically beautiful! And the word “unreal” can be taken literally. Physically this girl simply does not exist. In fact, it is very well made 3d model of a black woman who looks very realistic. She even has her own account on instagram, which is signed by over 200 users. 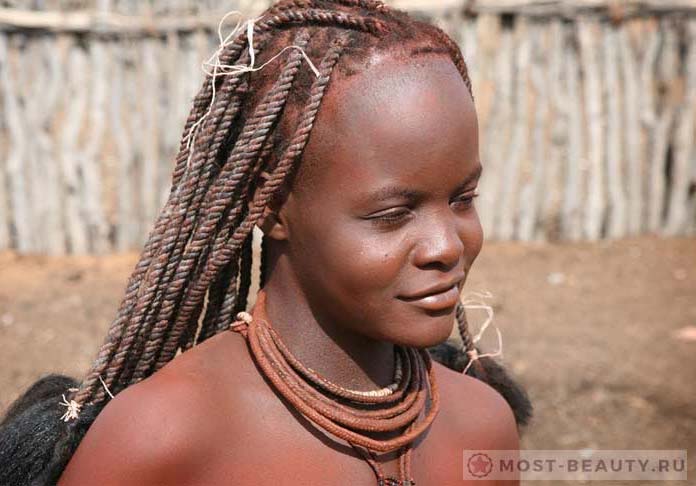 One of the most mysterious and enigmatic tribes of Africa, the Himba, live in northwestern Namibia.

For a long time they refused to reveal their way of life and traditions to the world. Recent reports on educational channels have revealed to the world the unusual tribe. 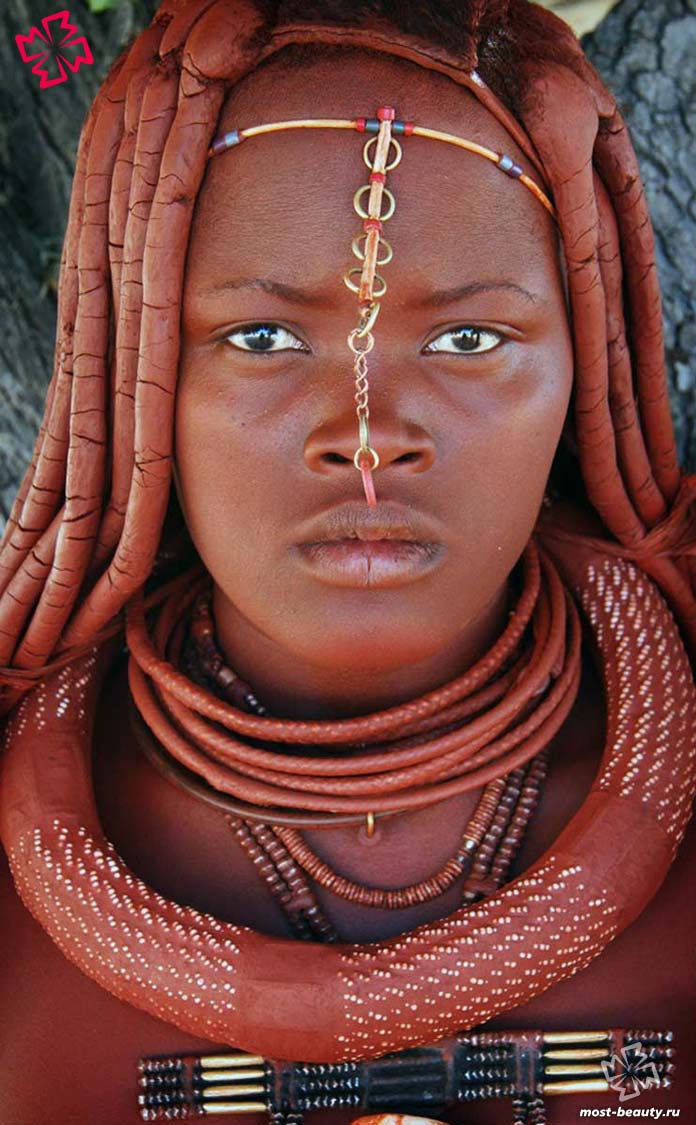 Himba women cover their bodies with an unusual oil and smear themselves with ochre, which gives their skin a reddish hue. For the most part, this is done for hygiene. But because of their red hue and their unusual hairstyles, Himba beauties are recognized around the world. 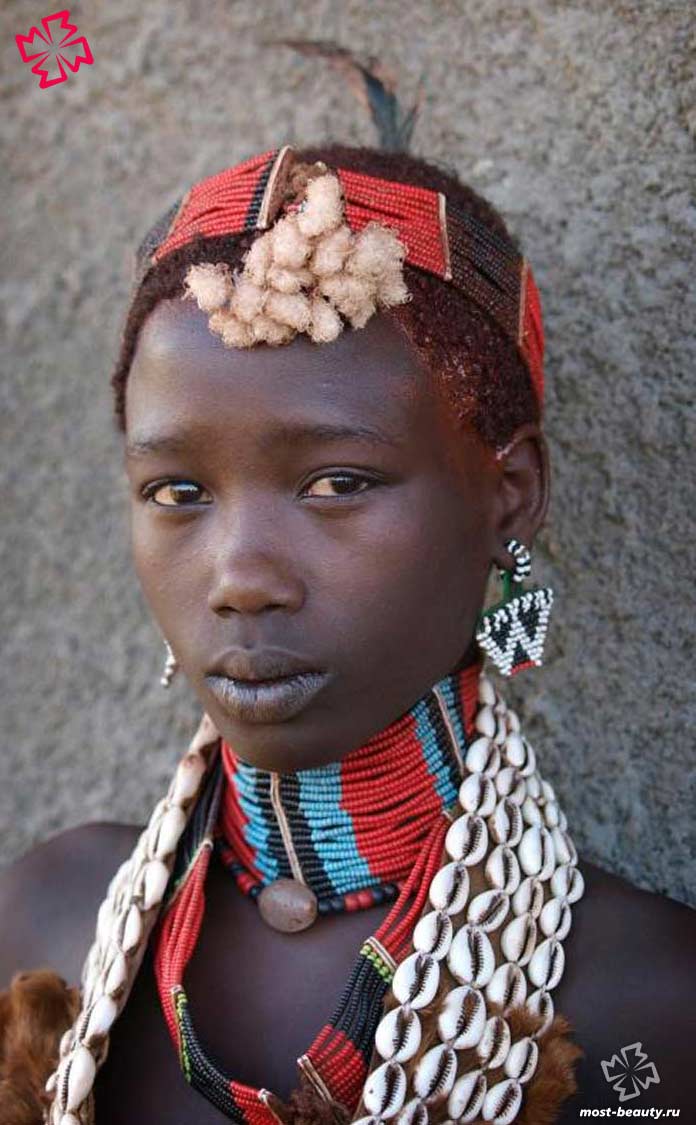 Kenya is home to the amazing Maasai tribe. Herders and farmers already use cell phones to make deals and communicate with each other.

But the women and girls of this African tribe absorbed the natural wild beauty and naturalness. Their peculiar attractiveness is supplemented with a lot of jewelry.

One of the features and standards of beauty in the women of the tribe is the stretched earlobes.

Rugged women of the Samburu tribe. 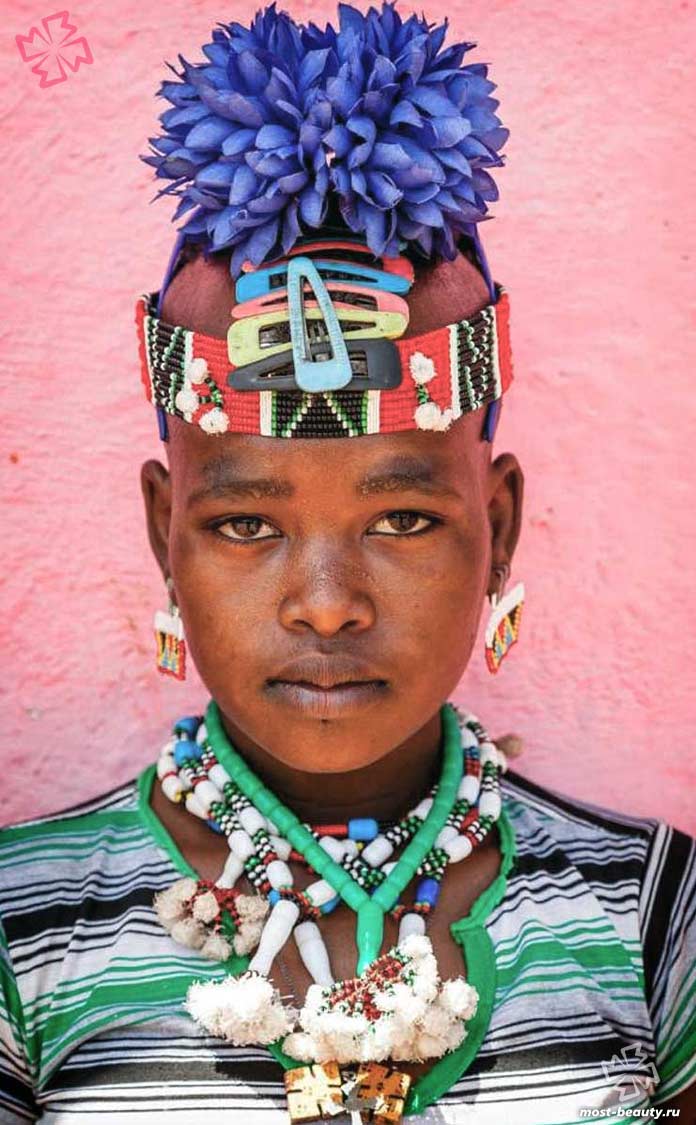 Something sinister, wild is hidden in the look of the beauties of the African Samburu tribe.

Of course, nature and lifestyle leave their imprint on the appearance of these women and girls. But the natural beauty, it can not be hidden. Complement the image of Samburu girls original jewelry and simple national costumes. Although you can also see the naked. 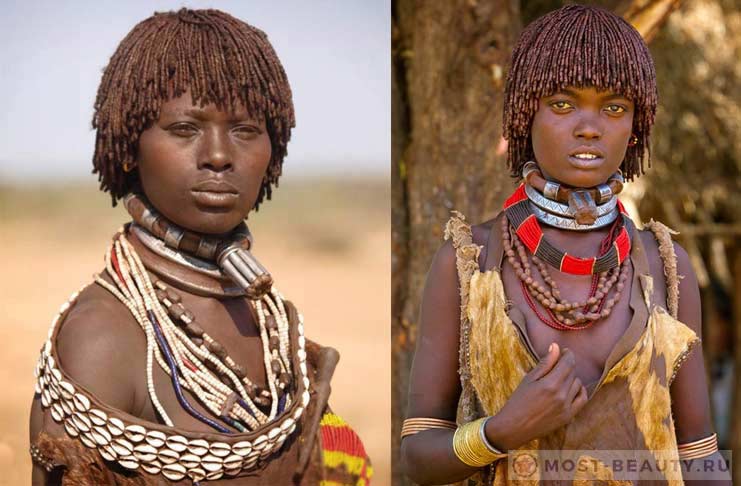 It is easy to distinguish between married women and single women. Married women pierce their ears after marriage. The Samburu tribe is polygamous, one husband has 3 or 4 wives. 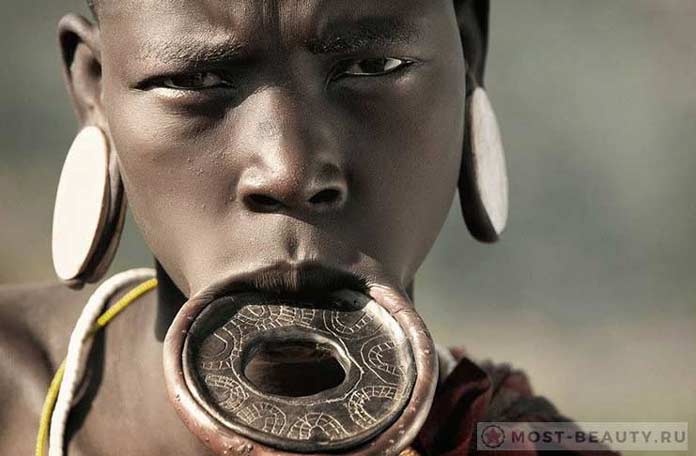 In conclusion, quite unusual and unique standards of African beauty.

Women of the Mursi tribe have plates implanted in their lower lips. The tribe’s fashionable calling card, which attracts tourists, is just a woman’s desire not to be enslaved. In the distant past, parents tried to disfigure their daughters as children, thus protecting them from the possibility of slavery. 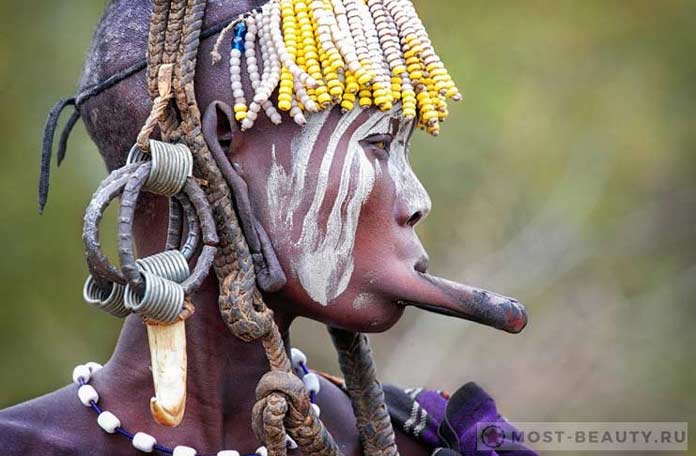 The tradition has survived to this day, bringing the tribe considerable profit for photographing unusual beauties. It shocks men all over the world, but the men of the tribe are apparently used to it.

But with the Ama-Ndebele tribe, the standard of beauty has always been a long, graceful neck. Since childhood, future beauties have had their necks wrapped in rings. Such sacrifice leads to the fact that it is impossible to live without rings. If they are removed, then under the weight of the head the neck vertebrae will break. 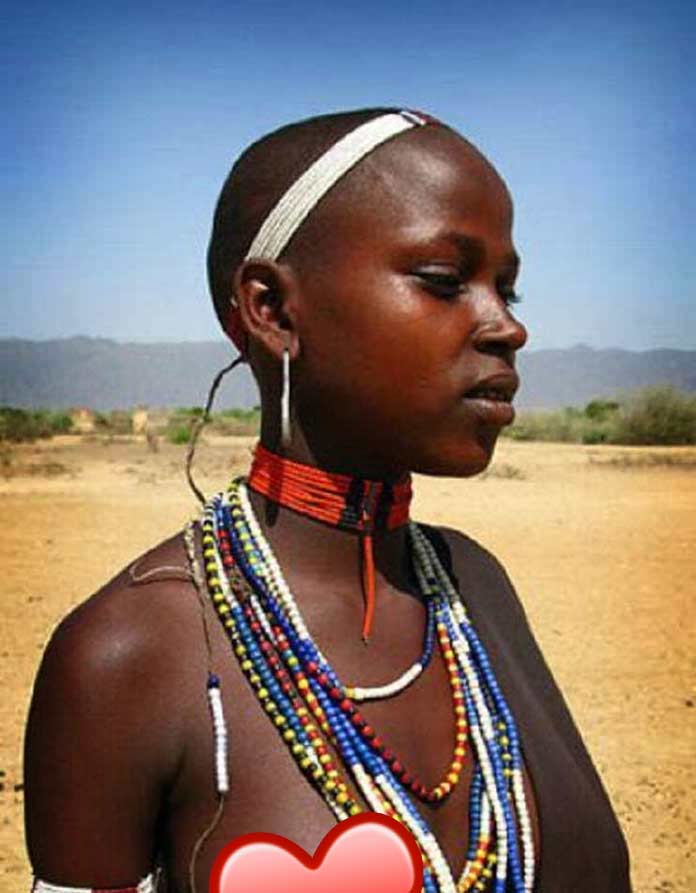 Africa is a beautiful and wonderful land with unusual traditions and ways of life.

We are sure that there are many more unusual and enchanting beauties in Africa. But… Here they are, the slightly shy, cute and funny beauties of the African continent. 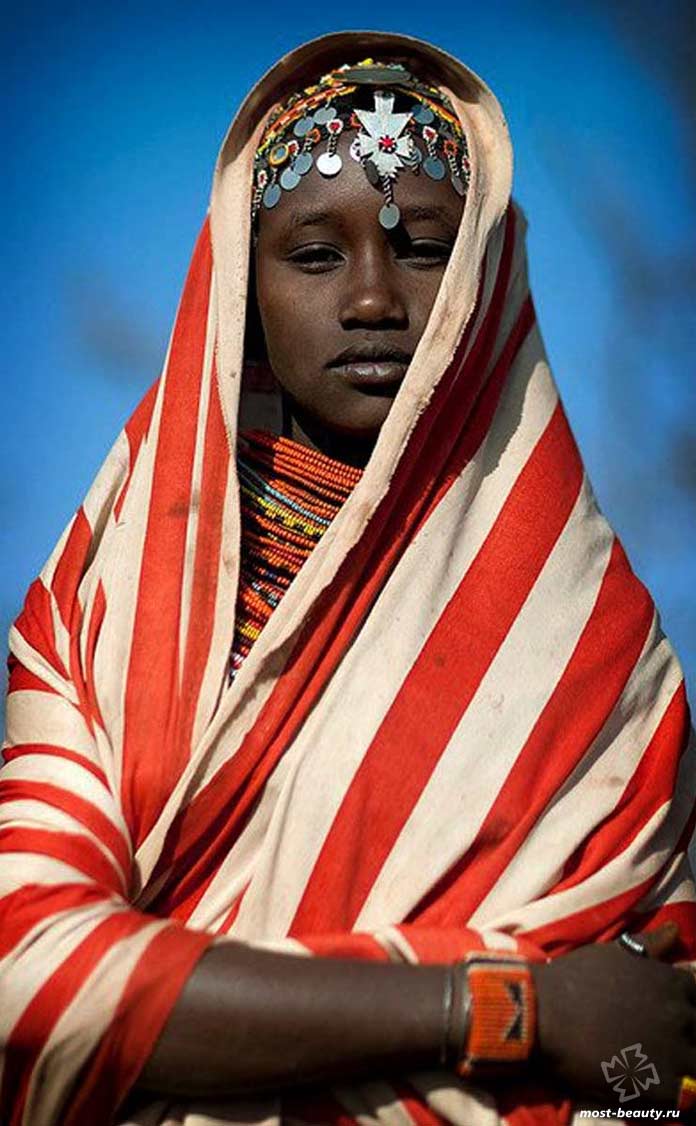 The beauty and sexuality of African women have conquered the world. The hot and peculiar nature of Africa has gifted them with extraordinary attractiveness and beauty.

The most beautiful representatives of the Negro race conquered not only the catwalks of the world, but also became famous actresses, sportswomen, journalists. Many of them, after participating in beauty contests are actively engaged in charity work around the world. 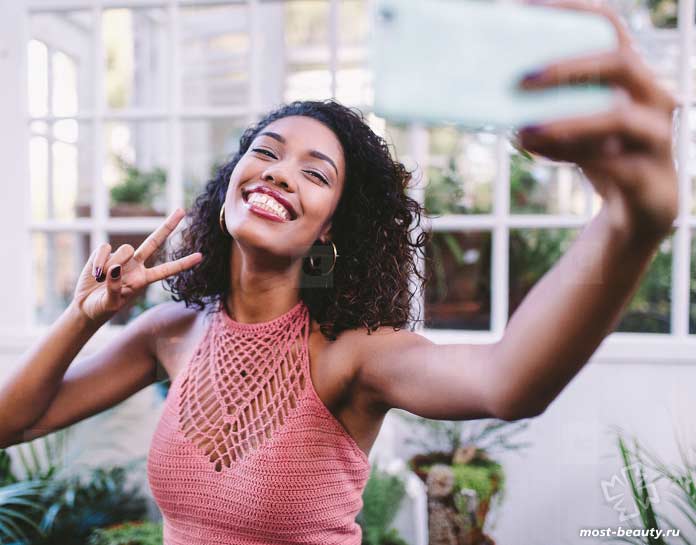 And the beauties of African tribes even without participation in the fashion business decorate many of the world’s magazines and television programs of educational and scientific nature.

This concludes our article. The editorial most-beauty.ru asks you to write in comments what other beautiful black women in the world should be in this rating. 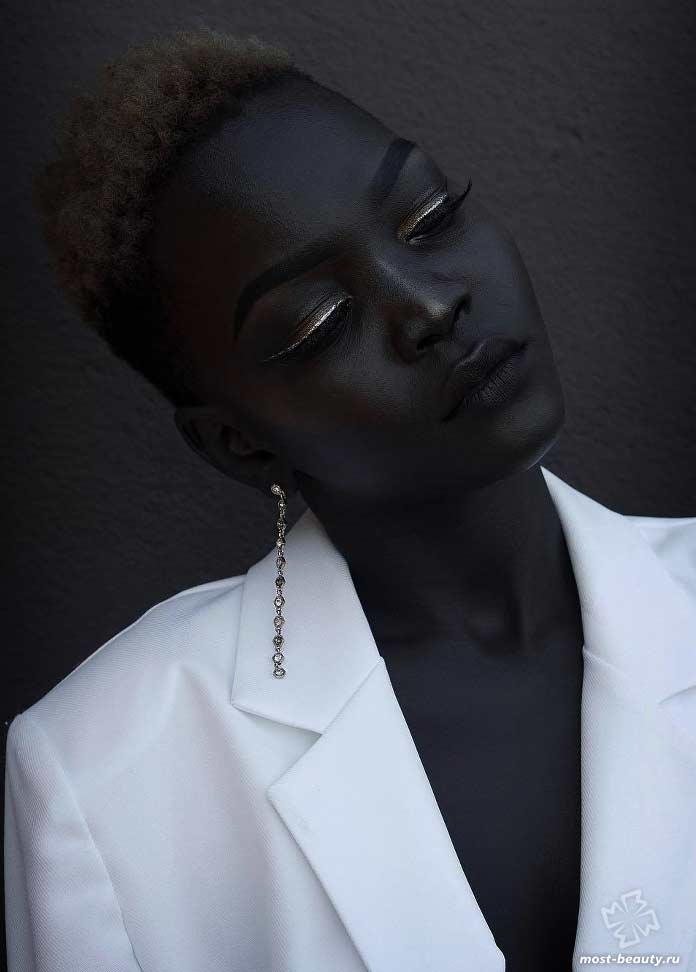 And this beautiful African woman with amazingly dark skin as a child suffered the ridicule of those around her. She was much darker than her fellow villagers. But now she is a successful model. Her Instagram profile [mask_link href=”https://www.instagram.com/queennyakimofficial/” target=”_blank”]@queennyakimofficial[/mask_link] has about half a million followers.

It is difficult to show all the beauty of the various peoples of black women in one article. But we have tried to do so at our own risk of being judged by our readers. Please do not judge our choices harshly, but offer your options in the comments. write down what other beautiful Negro women you think should make our list.

Editor’s note: This article has been updated since it was originally published in April 2017.