The Benaki Museum in Athens is a private art collection created by the son of a Greek politician, Andonis Benakis. It was opened in 1930, and in addition to archaeological finds, it houses a library and a restoration studio.

This museum is a private collection, so it is located in the mansion of the owners. The building itself can also be considered a landmark. The house was built in 1867 and the Greek politician and social activist Emmanuel Benakis lived here. His son, Antonis, was a fan of art. And there was no particular favorite, he liked everything at once. That’s why he collected 33,000 exhibits, which reflect the life of antiquity. The age range begins before our era and ends with the time of the fall of Asia Minor. Special places in the museum are exhibitions devoted to childhood, toys, Chinese art and the works of the artist Nikos Hadzikiriakos-Greek. Several paintings by El Greco can also be found here. El Greco’s works are also on display at the Museum of Art in Barcelona, Spain.

In the early years, all the exhibits were displayed in the same room. Then, as Antonis began to replenish the archive more and more frequently, separate buildings began to be built for new large-scale exhibitions.

In 2000, the original location was restored and as a result, several related museums were opened. Thus the new complex included the Museum of Islamic Art in Ceramica, the Nikos Hadzikiriakos – Gica Gallery in Kolonaki and an exhibition dedicated to childhood. The Benaki estate itself retains a collection of Greek culture.

The building is an old 19th century mansion. On two floors there is a rich collection of Greek art, paintings, household items, statues, jewelry, which plunge into the world of ancient Greece and tell a true story about the then contemporaries.

There’s a small cafe on the roof of the facility that overlooks the streets of the capital and the famous Acropolis. In addition, there is a library and several restoration workshops. 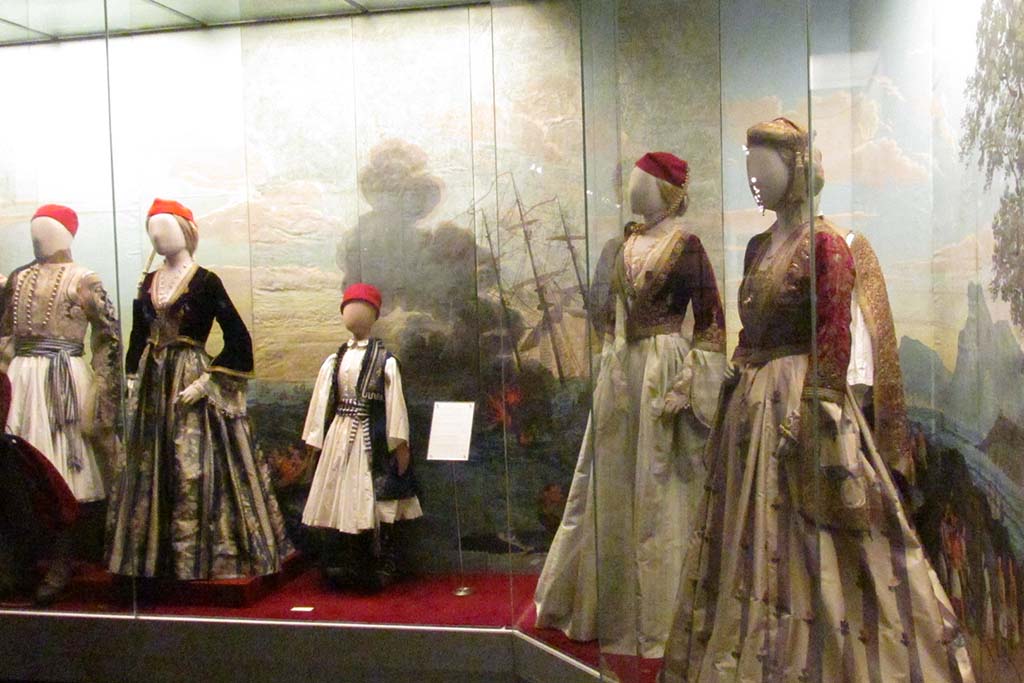 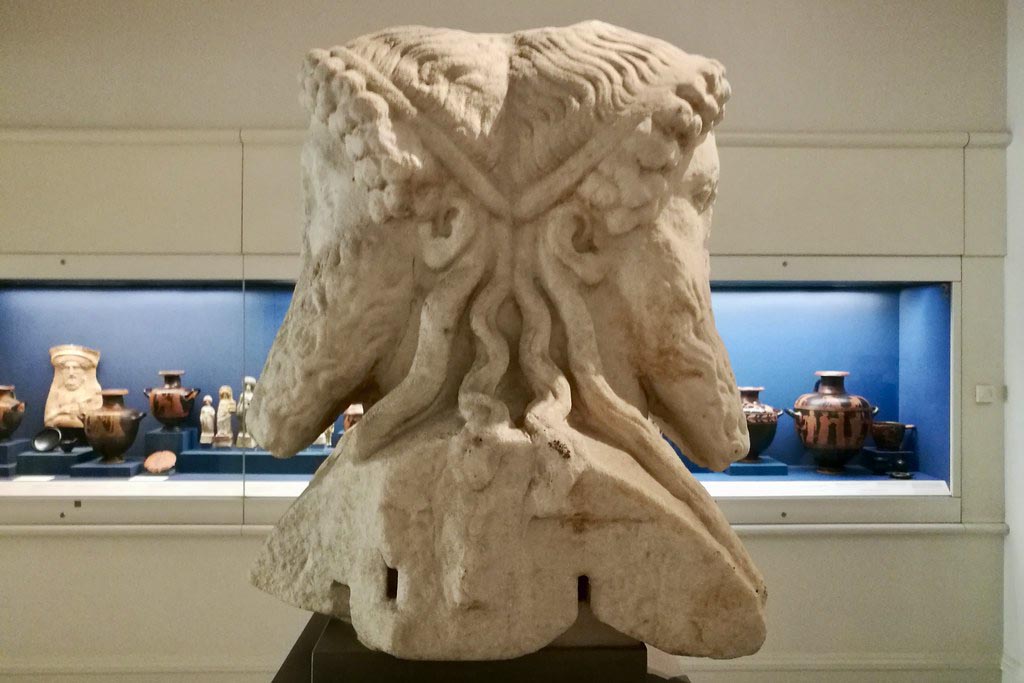 The Benaki Museum in Athens is beautiful at any time of day and in any season. That’s why it’s best to visit it when you have time to get lost in the rooms of the mansion. It’s good to come here in the afternoon to hide from the heat, or, if you’re early birds, to start looking around with the opening.

If the stars have aligned and you find yourself in Athens any Thursday or May 18, head to the museum without hesitation. First, admission is free and second, the exhibit is so majestic that even a small crowd of tourists won’t overshadow the experience. 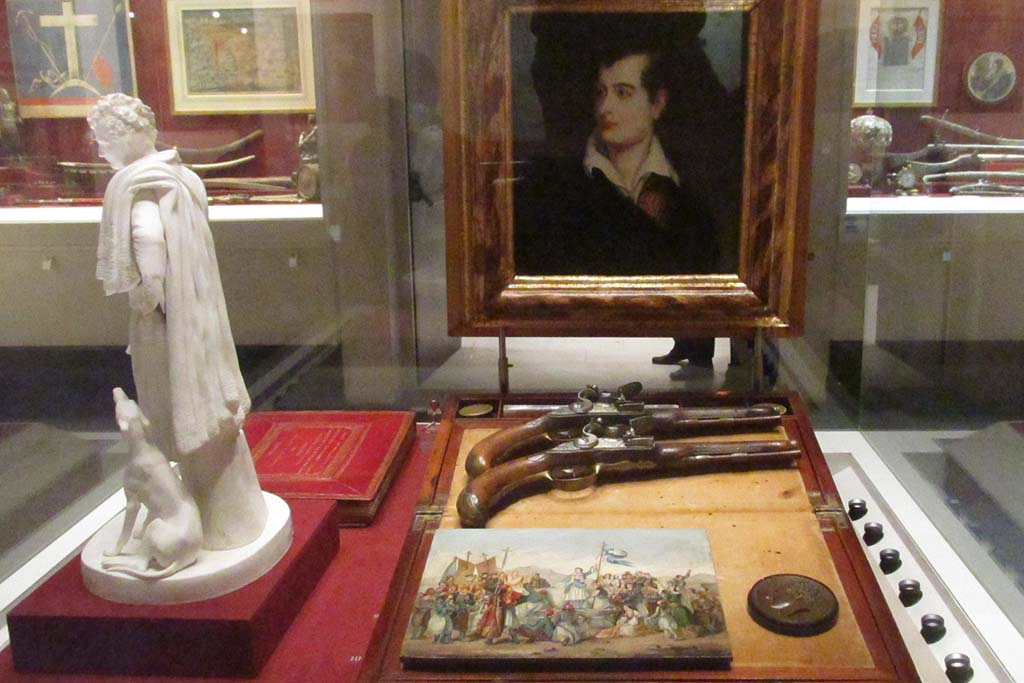 How to get to the Benaki Museum in Athens

The Benaki Museum in Greece is located in the center of the city and not far from the Acropolis. If you have the time and the desire to walk, find the temple complex (it’s visible from almost all central points of the city) and hit the road. You need to go to the Kolonaki district, one of the most luxurious and elite parts of the capital. It is home to many boutiques, expensive restaurants and conceptual galleries.

You can read more about shopping in Athens in our review.

Please note that you can’t park your car outside the building. You can leave your car in the nearby streets. 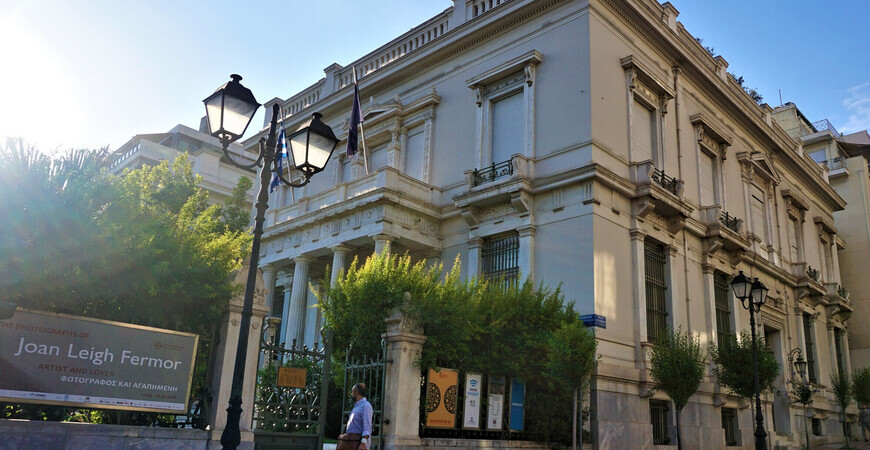 The Benaki Museum is one of Athens’ most beautiful museums, founded in 1930 by collector Antonis Benakis, son of influential politician and magnate Emmanuel Benakis. Antonis became interested in collecting as a teenager. Relatives later recalled that his pockets were always full of treasures. At a mature age, Benakis junior spent the lion’s share of his fortune searching for and acquiring valuable artifacts. The core of the collection was items related to history, art and life in Greece from prehistoric times to the early 20th century. Islamic art and Chinese ceramics were also included in the sphere of interest. Antonis placed his unique exhibit in the family mansion in the center of Athens and donated it to the Greek people during his lifetime. Other renowned collectors also supported this honorable deed. As a result, the museum fund increased several times over. One single building could no longer hold even a third of the exhibits. Therefore, since the beginning of the 2000s, the institution has had about ten branches, each specializing in a particular artistic area: the Museum of Islamic Art, the Gikas Gallery, the Museum of Toys, etc. This allowed the main branch of the Benaki Museum to concentrate on exhibits relating exclusively to Greek culture.

Antonis Benakis was born in Alexandria in 1873 to a family of prominent members of the Greek diaspora. It was on Egyptian soil that he began his serious interest in art and felt a passion for collecting. Antonis always had before his eyes the examples of his relatives, each of whom tried to contribute to the betterment of the lives of others. His sister Penelope Delta was the author of stories that were read by Greek children, and his father was regularly involved in charity work and contributed greatly to the creation of refugee settlements after the so-called Asia Minor disaster. Benakis, Jr. decided to donate his extensive collection to the Greek state. This opportunity arose after his eventual move to Athens in 1926.

The location for the exhibition was determined almost immediately. Back in 1910, Emmanuel Benakis purchased a 19th century neoclassical mansion in Athens. Antonis, who also had a good understanding of architecture, realized that their house itself was a work of art and best suited for a museum. In 1930, the necessary work was done to expand the building and reorganize the interior space. The transfer of the collection of 37,000 items into the hands of the state took place in 1931. But Antonis Benakis continued to fanatically improve his brainchild until his death in 1954. Moreover, he took care of the financial stability of the museum for several decades to come.

The Benaki Museum as a private initiative met with sincere support from the public. Many famous collectors did not stand aside and donated valuable works of art from their personal hiding places to the museum fund.

In the extensive reconstruction of 1989-2000 that followed the severe damage to the mansion caused by the earthquake, the usable area of the museum was doubled. At the same time, the exposition was revised. Only objects related to Greek culture remained in the main building. And for the Islamic and Chinese exhibits separate buildings were allocated. The ceremonial opening after the renovation, attended by President Konstantinos Stephanopoulos, took place on June 7, 2000.

Today the main Benaki Museum has its own library, restoration and conservation workshops, a small store and several temporary exhibition halls.

Antonis Benakis was interested in everything. He was unable to concentrate on a particular subject. Hence the eclecticism of the collection. The main museum presents sculptures, icons, paintings, jewelry, books, weapons, historical documents, photographs, textiles, dishes and other household items. The exhibition is formed in a logical order by time periods. First visitors of the museum get acquainted with finds from the Paleolithic and Neolithic periods, then follow Cretan, Minoan and Mycenaean objects and so on.

A special pride of the Benaki Museum staff is a collection of 6000 paintings and engravings from different eras. The most significant of these are the works of the much-loved painter El Greco, which can be seen on the fourth floor of the mansion. And the famous Portrait of a Revolutionary is also kept there.

Angelos Delivorrias, who has been director of the museum for about 40 years, thought about the need to reorganize it back in 1973. He promoted in every possible way the idea that the main museum in Athens should focus on Greek culture. But it took more than 25 years to realize his thoughts. Until the early 2000s, the state did not have the capacity to create branches. The Benaki Museum stood out because it never focused on the exclusivity of Greeks, but rather recognized and respected the influence of other cultures. The thematic division in no way affected this element of positioning.

The Islamic collection from the seventh to the nineteenth centuries was housed in a complex located in the historic Kerameikos district. The 1,000m² of space houses examples of ceramics, metal, gold, wood, glass, textiles and ivory, funerary steles, weapons and armour. Today this collection is considered one of the most important in the Islamic world and includes objects from India, Persia, Mesopotamia, the Middle East, Arabia, Egypt, North Africa, Sicily, Spain and Asia Minor. Of particular interest to scholars are unique pieces from the category of Ottoman art.

Following the Islamic Museum, several other curious sites were opened: the exhibition space on Pireos Street, the Nikos Hadzikiriakos-Gikas Gallery, the Toy Museum (aka Childhood Museum), the Penelope Delta House in Kifissia, the Studio of Yannis Papuas, the mansion with the collection of icons of Anastasia and Maria Valadoros.

The official website of the Benaki Museum contains detailed information about each of the branches and their exhibits. There you can also find out the details about the founder of the institution and the sponsors. But you can buy tickets only with the help of special services or offline at the ticket office.