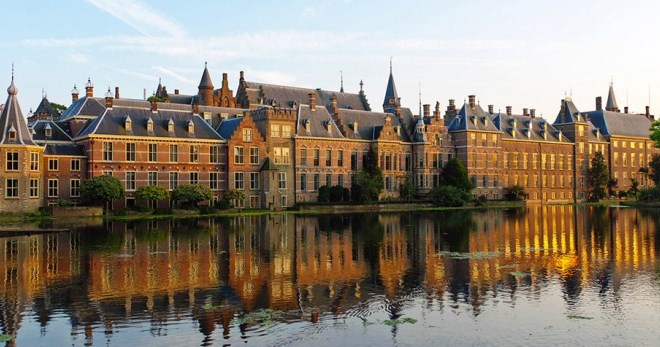 The Dutch city of The Hague is famous for its incredible blend of architectural styles. Here modern skyscrapers are beautifully combined with buildings of the Renaissance, baroque, classicist and romanticism periods. The crown jewel of the city’s architectural collection has been the Binnenhof Castle for centuries.

How did it all begin?

The history of the Binnenhof Castle complex is closely intertwined with the past of The Hague. It all started in 1230, when the Dutch ruler Floris IV expanded his possessions with a huge plot of land, on which the city later grew. His son built a hunting castle on the land in 1247, and his grandson Floris V completed the complex with the famous Knights’ Hall.

Since the 13th century Binnenhof was the county residence, and not surprisingly, three centuries later the castle became the political center of Holland. Since 1815 it was already the seat of the General States. Today the seat of government and the official residence of the Prime Minister of the Netherlands. And it is also in Binnenhof where the reigning monarch opens the parliamentary session. The king arrives at the festivities in a golden carriage, accompanied by a military escort, and gives a speech. 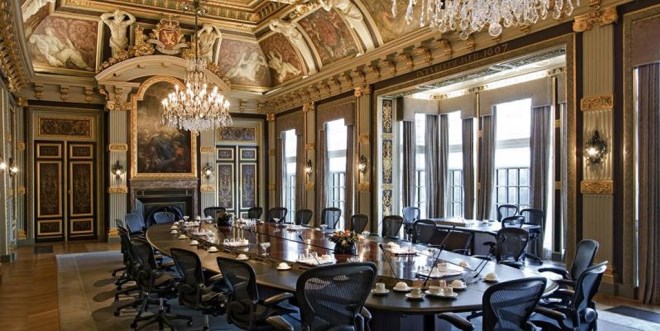 The Binnenhof is the oldest parliamentary building in the world, used in the same capacity. The castle complex is one of the top 100 attractions in the Netherlands. No wonder this medieval architectural masterpiece is visited by millions of travelers every year. On a tour of the Binnenhof in The Hague, pay attention to the following sites:

The Binnenhof is surprisingly situated – on one side of the castle walls the water of the lake splashes against it, and several centuries ago there was a huge moat protecting the palace complex. To the south, next to the Knights’ Hall, is the Binnenhoffontein fountain and a statue of King William II.

What do you need to know about visiting the castle?

A visit to the Binnenhof, the center of democracy and government in the Netherlands, is only possible during a tour, which must be booked and paid for in advance (at least 2 weeks in advance). The price includes a visit to the Knights’ Hall, the Upper and Lower Houses of Parliament, which gives you the opportunity not only to see the architecture, interiors and painted ceilings, but also to attend a parliamentary session.

If you can’t get into the palace, you can just take a walk in the courtyard (free of charge) and enjoy relaxing in the park around the castle and feed the ducks. Entrance to the park is possible from 10:00 to 16:00.

The Courtyard at The Hague

The Binnenhof Castle, which literally means ‘patio’ in Dutch, sits on the lakeside in the middle of The Hague and is probably the most beautiful place in The Hague. The status of this ancient castle is probably on a par with that of the Kremlin in Moscow. The Binnenhof has been the meeting place of Parliament and the center of political life in the Netherlands for hundreds of years, since 1446. 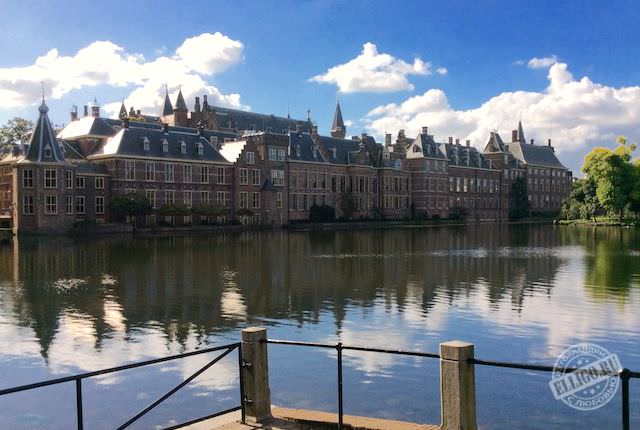 In 1229, Count Floris IV built a small hunting lodge where he and his entourage spent part of the year. This was the basis around which the Binnenhof complex was built. 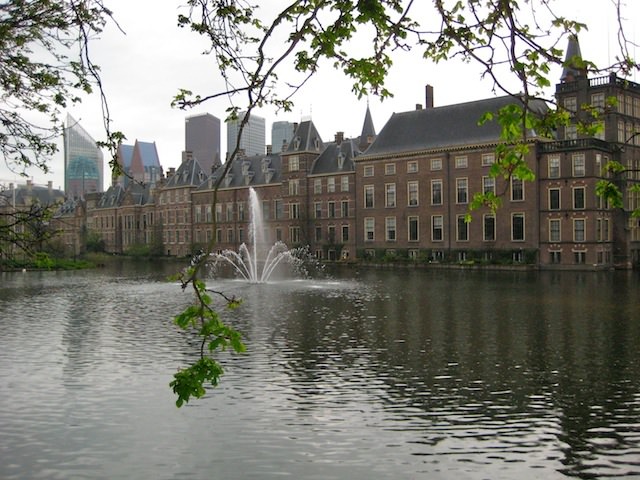 You can enter the inner courtyard of the Parliament by going through the Grenadier Gate. The entrance is completely free and open to the public.

READ
Het Loo Palace in the Netherlands, photo and description 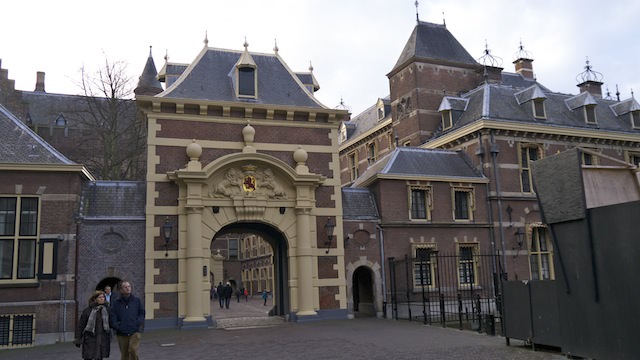 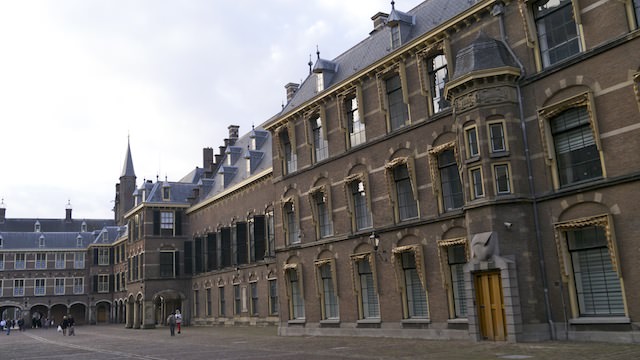 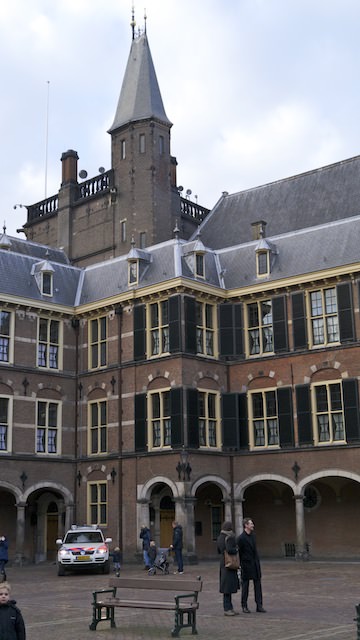 And, this small octagonal tower, to the right of the gate, has been the official office of the Dutch Prime Minister since 1982. 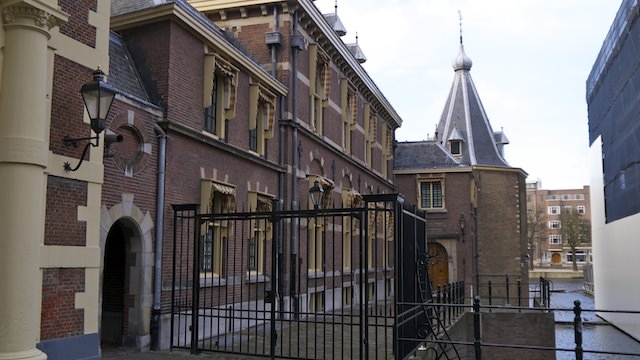 The central place, in the interior of the complex of buildings of Parliament, is occupied by the building of the Knights’ Hall or Ridderzal, made in the Gothic style. It was built by William II for ceremonies and banquets. 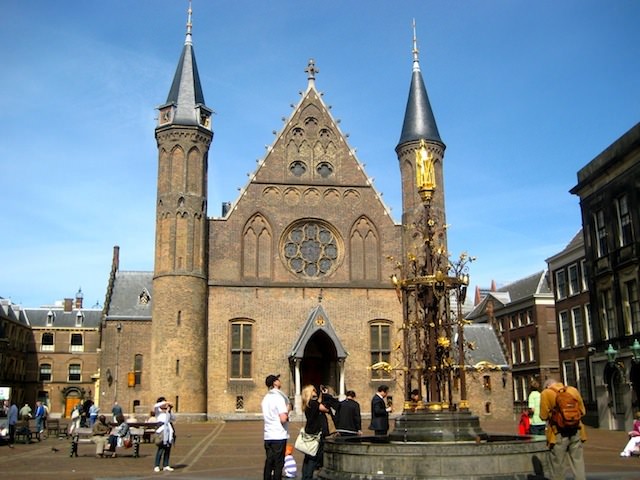 Nowadays, the Ridderzal is also used for celebrations and parliamentary sessions. 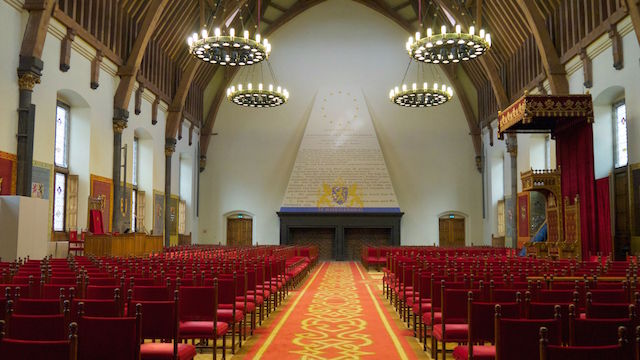 Every year on the 3rd Tuesday in September, called the Prinsjesdag, the reigning Queen Beatrix, after a ride in a gold carriage through the streets of The Hague, makes her Throne Speech in the Knights’ Hall, thus opening a new session of parliament. 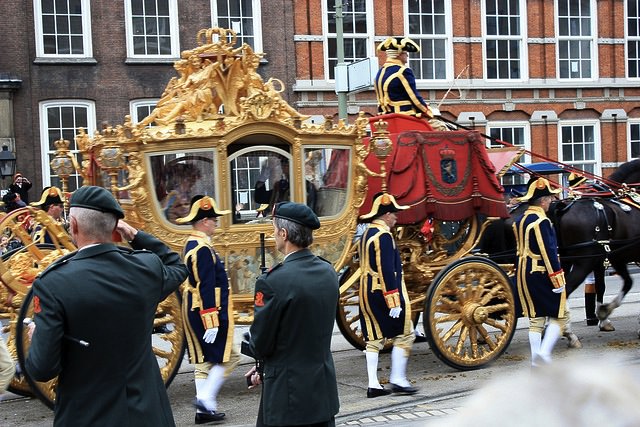 The square in front of the Knights’ Hall is decorated by a gilded neo-Gothic fountain. 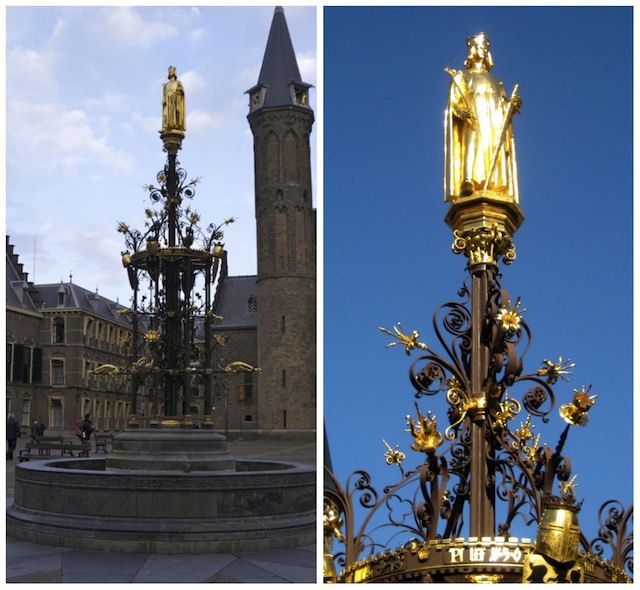 Members of the government and ministers, it is easy to see inside the complex of Parliament or in the streets of The Hague, rushing to do business or riding bicycles. The only way to distinguish them from ordinary citizens is by their official uniform – suit and tie. The photo on the left shows the current prime minister of the Netherlands on a bicycle. 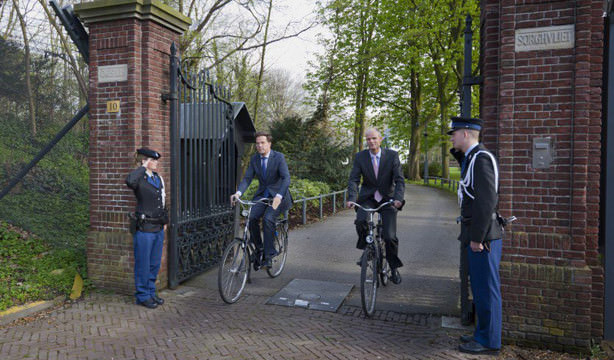 Another gate leading to the courtyard of Parliament is called the Governor’s Gate, and it dates back to 1600. 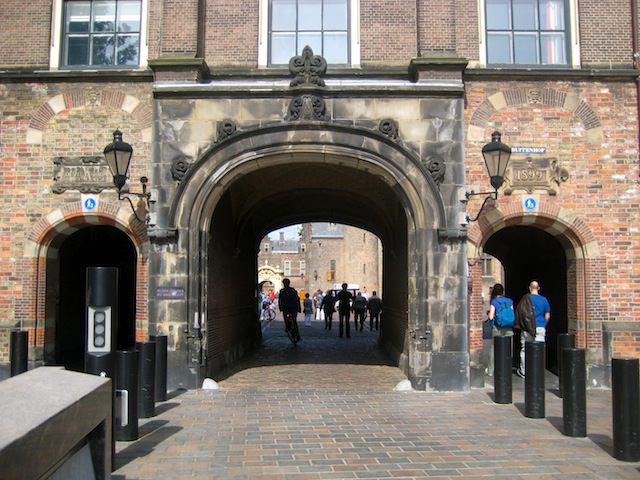 They are guarded by a monument of King William II on a horse. 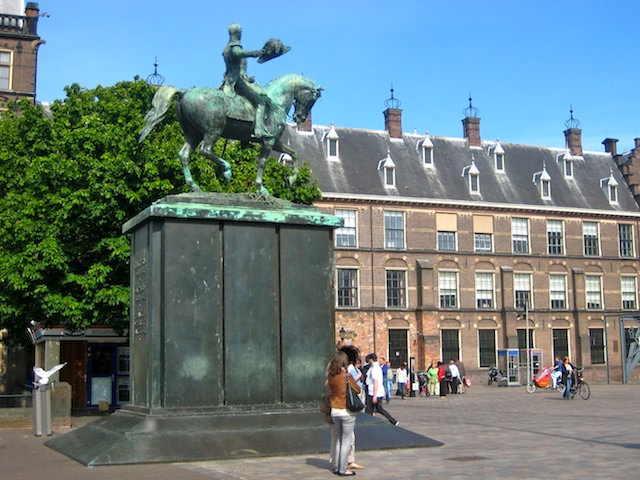 Next to the monument you can enjoy the famous Dutch herring, 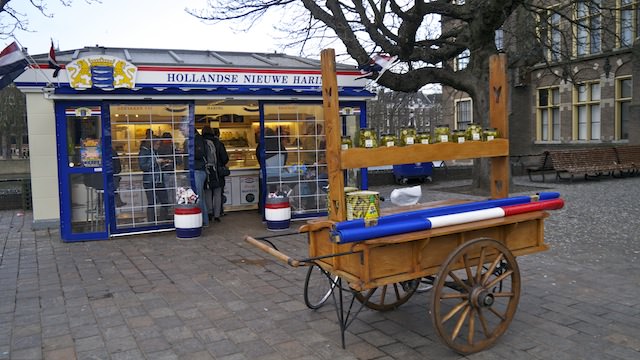 which, traditionally, is eaten by lifting it high by the tail and biting off small pieces. There you go: