The Caribbean Netherlands is an overseas territory of the Netherlands in the Caribbean Sea, consisting of three islands, Bonaire, Saba and St. Eustatius, located in the Lesser Antilles archipelago.

Bonaire is located in the southern part of the Lesser Antilles, 80 km from the Venezuelan coast. St. Eustatius and Saba are located in the north of the archipelago, about 1000 km from Bonaire.

The small island of the southern group, Bonaire (241 m), is the top of the submarine upland of the continental shelf framing the South American continent.

The islands of the northern group are formed by the tops of ancient submarine volcanoes, they are mostly circular in shape and have a fairly elevated relief.

The flora and fauna of Bonaire are quite poor. In addition to introduced Europeans pets, you can find here only a huge number of lizards and birds. Small evergreen forests, found here and there on the coast of the island, are formed by thickets of thistles, cacti and other thorny shrubs. Around the resort areas are formed extensive green belts of imported ornamental forms of vegetation.

The northern group has a somewhat larger array of wildlife. On the western slopes of the mountain areas there are rows of palm trees, forming in some places real forests. The eastern slopes retain slightly more natural forms of native vegetation and are mostly occupied by tropical forests, shrublands and relatively small patches of farmland.

Climate in the Caribbean Netherlands

The climate is tropical maritime, trade winds. For most of the year, the weather is warm and comfortable with minimal differences in temperature between the seasons. The average summer temperature is about +27 ° C (June – September), winter temperatures are +25 ° C (December – February), while the daily temperature differences are very small – the temperature at night rarely drops below +20 ° C, even in winter.

Northeast trade winds blowing from the Atlantic Ocean bring frequent and heavy rainfall. The average annual rainfall in Bonaire is 550 mm (65% of the rain falls between October and January), in Saba and Sint Eustatius – up to 700 mm (the maximum is from May to October to November).

Relative humidity is fairly constant throughout the year, averaging 76%.

Bonaire is located to the south of the Caribbean hurricane belt and is hardly affected by the elements, while Saba and Sint Eustatius are on the southeastern periphery of the zone and can be affected by hurricanes, most likely between July and August and October.

Ethnically, the local population is descended from European colonists and African slaves. Most of them are mulattoes and blacks (up to 85%), Native Americans (up to 5%), Dutch, Spanish, Portuguese and other natives of the European continent (up to 6%), and immigrants from East Asia and the Middle East.

To call from the Caribbean Netherlands to Russia dial: 00 – 7 – city code – subscriber’s number.

How to reach Caribbean Netherlands

There are no direct flights from Russia to the Caribbean Netherlands.

The easiest way to get to Bonaire from Russia is via Netherlands with KLM – with a connection in Amsterdam.

The easiest way to get from Russia to Saba and Sint Eustatius is via Sint Maarten and the Netherlands with KLM Airlines – with connections in Amsterdam.

From Sint Maarten to Saba you can get there by boat (prices and schedule – sabaferry.com ) or by air with Winair.

From Sint Maarten to Sint Eustatius you can get there by water (boat) or by air (Winair).

Departures from Bonaire and St. Maarten are subject to a tax of $22 for international flights and $10 for domestic flights. Children under the age of 2 (not occupying a separate seat on the plane), transit passengers leaving the country by air within 24 hours, and diplomats are exempt from the fee.

Tap water usually comes from desalination plants or natural sources and is relatively safe to drink, but bottled water is generally recommended, especially during the first few days in the islands.

Particular attention is paid to cleanliness and order in public places, so littering in the street is not recommended – the fines are quite substantial. 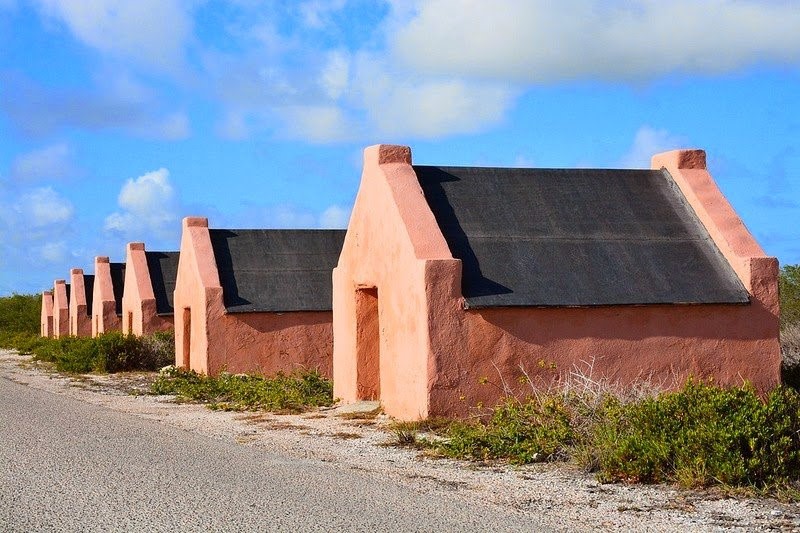 This small island in the Caribbean Sea, belongs to the Leeward Islands and is located near the western coast of Venezuela. At the moment it belongs to the Netherlands, but the Spaniards discovered it back in 1499. In fact, the Spaniards eventually turned Bonaire into an island of slavery. On Bonaire, they built incredibly cramped and low houses for slaves. Such “houses” could hold up to six people, and only a child could stand at full height. The island was deserted and the houses remained to commemorate a tragic part of the island’s history.

Let’s find out more about this story … 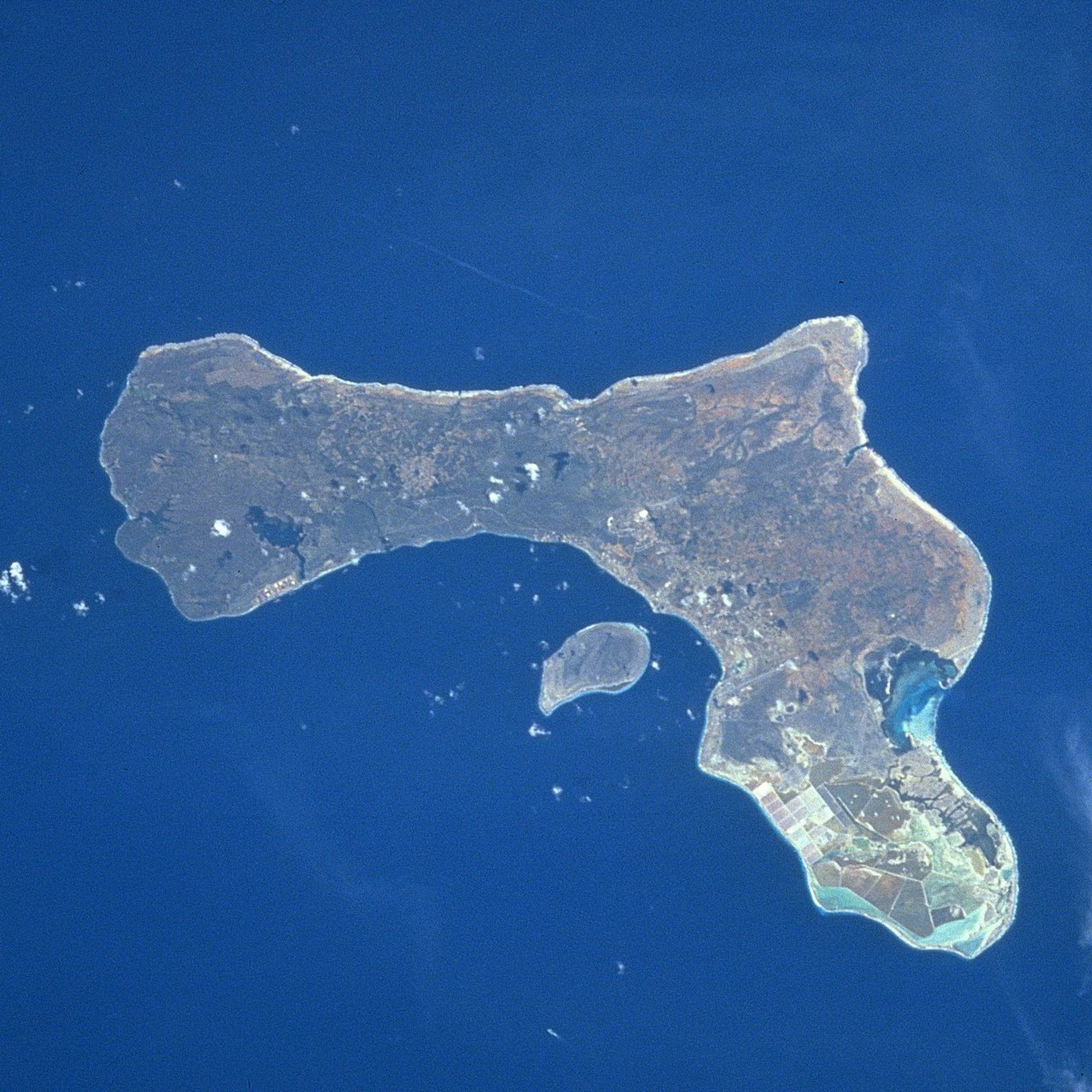 Bonaire (Bonaire in some sources, Dutch: Bonaire) is an island located in the Leeward Islands of the Lesser Antilles, 90 kilometers north of the Venezuelan coast in South America and about 30 kilometers east of the island of Curacao. The island of Bonaire is washed along its entire coast by the waters of the Caribbean Sea. To the west of Bonaire lies a small uninhabited island, Klein Bonaire, referred to in some sources as Little Bonaire or Little Bonaire. There are several versions of the origin of the name of the island, according to one of them, the name “Bonaire” was assigned to the island when it belonged to the Spaniards and comes from the language of the Kaketios Indian tribe, where it means “Desert Coast”.

READ
Indonesia - the official name of the Republic of Indonesia

The total land area of the island is a little over 288 square kilometers.

The island of Bonaire, as well as the islands of St. Eustatius and Saba, is part of the Dutch dominion, which in some sources is called the Caribbean Netherlands, in fact, at this time Bonaire is a special municipality in the Netherlands. 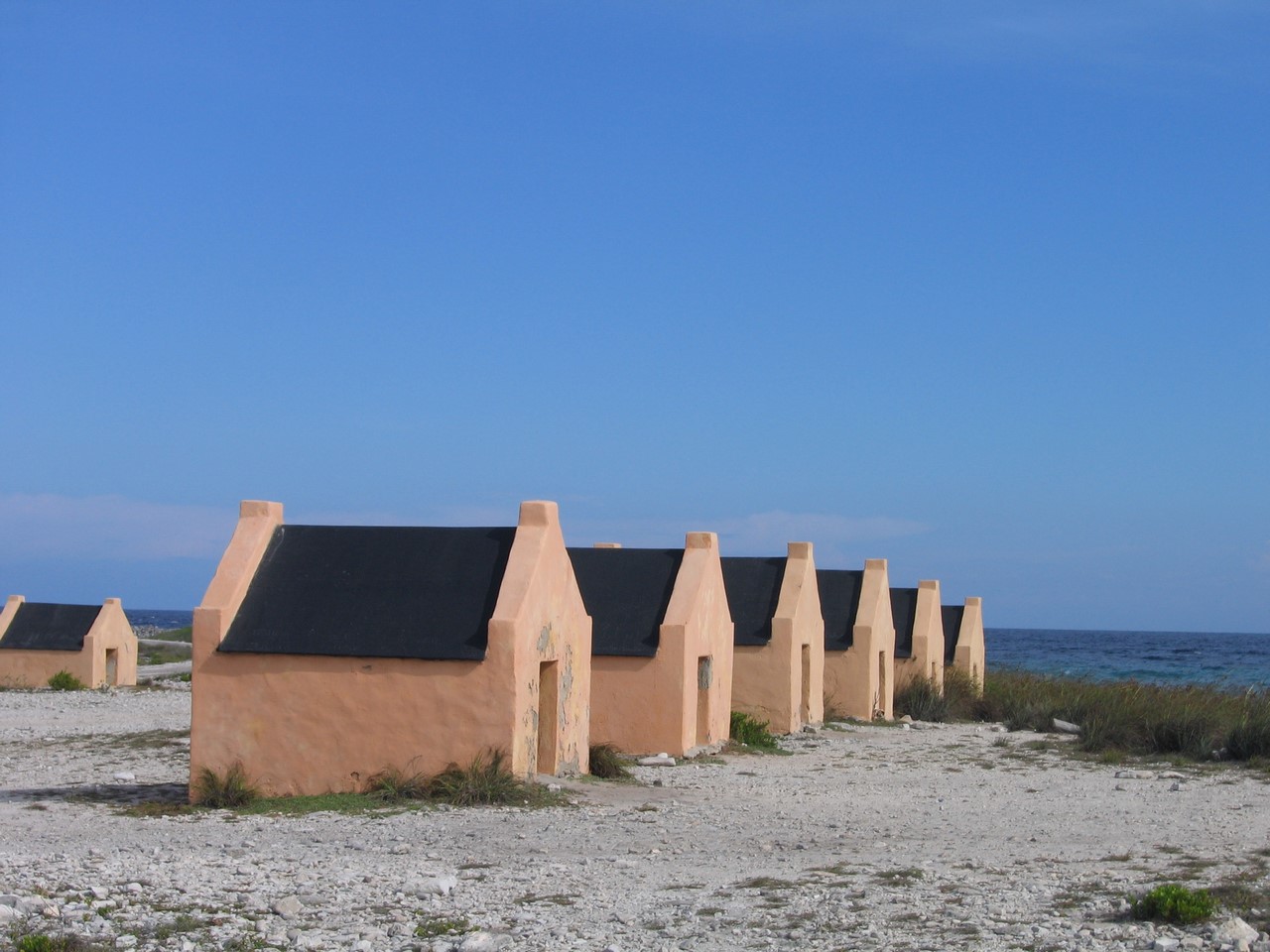 Before the discovery of the arrival of Europeans on the island, Bonaire was inhabited by the Indian tribe Caquetios, whose ancestors came here, most likely from the coast of modern Venezuela about 5-6 centuries AD.

In 1499 Bonaire and Curacao were discovered by a Spanish conquistador Alonso de Ojeda’s expedition which set out to conquer present-day Venezuela. It is believed that the island was discovered by a ship in the expedition commanded by Amerigo Vespucci.

The island was included in its American colonies, but Spain showed no interest due to the lack of gold and resources, as well as the unsuitability of the land for agriculture and plantations. During the first 20 years of Spanish rule, the local population was practically entirely exterminated or transported to other islands and continents to work as slaves. 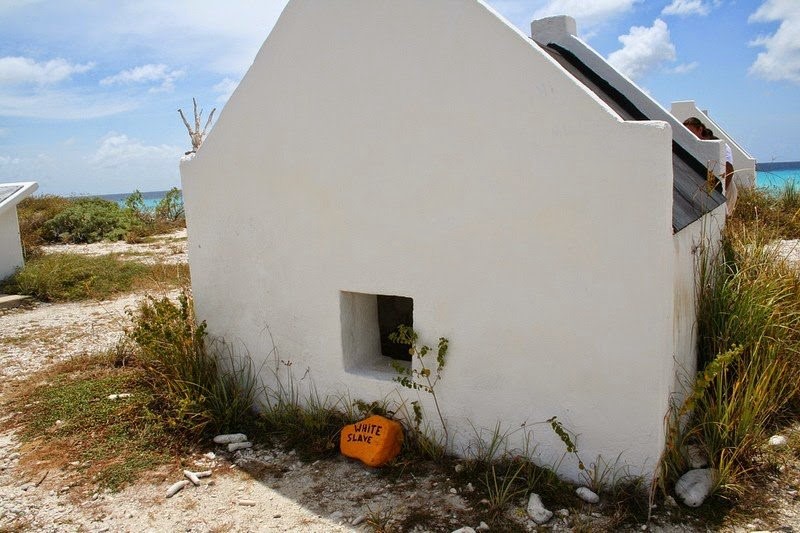 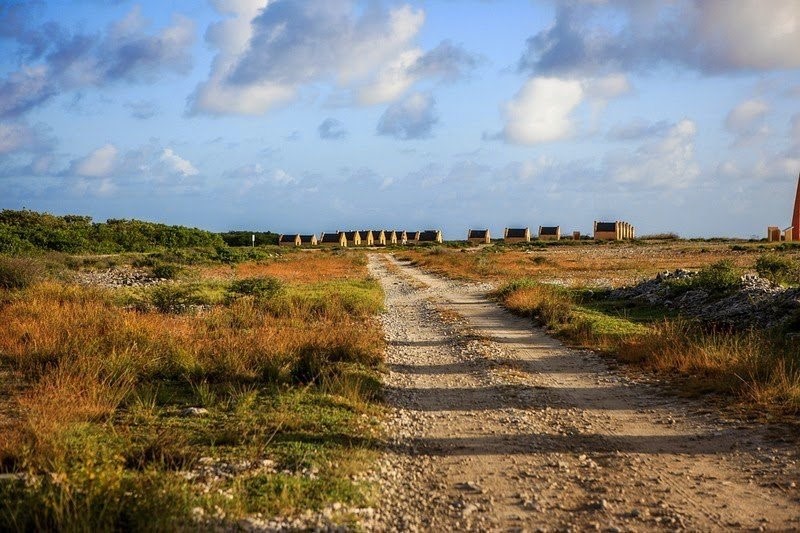 In 1526, cattle were brought to Bonaire and an attempt was made to establish several settlements of European natives, but the venture failed. Meanwhile, the small settlement of Rincon on the island did survive in the interior of the island in a valley between hills that relatively protected it from pirate attack. The first settlers of Rincon were convicts and exiles from continental America.

In 1633 the island of Bonaire was invaded by the Netherlands under the leadership of Walter van Twiller, declared metropolitan governor of New Netherland (Bonaire, Aruba, St. Eustatius, Saba, the community of St. Martin and Curacao), which were administratively subordinate to the West Indies Dutch Company. Almost immediately the Dutch authorities began importing slaves from Africa to Bonaire to work in the corn plantations as well as in the salt mines. Salt during this period became the main source of income for the islanders. 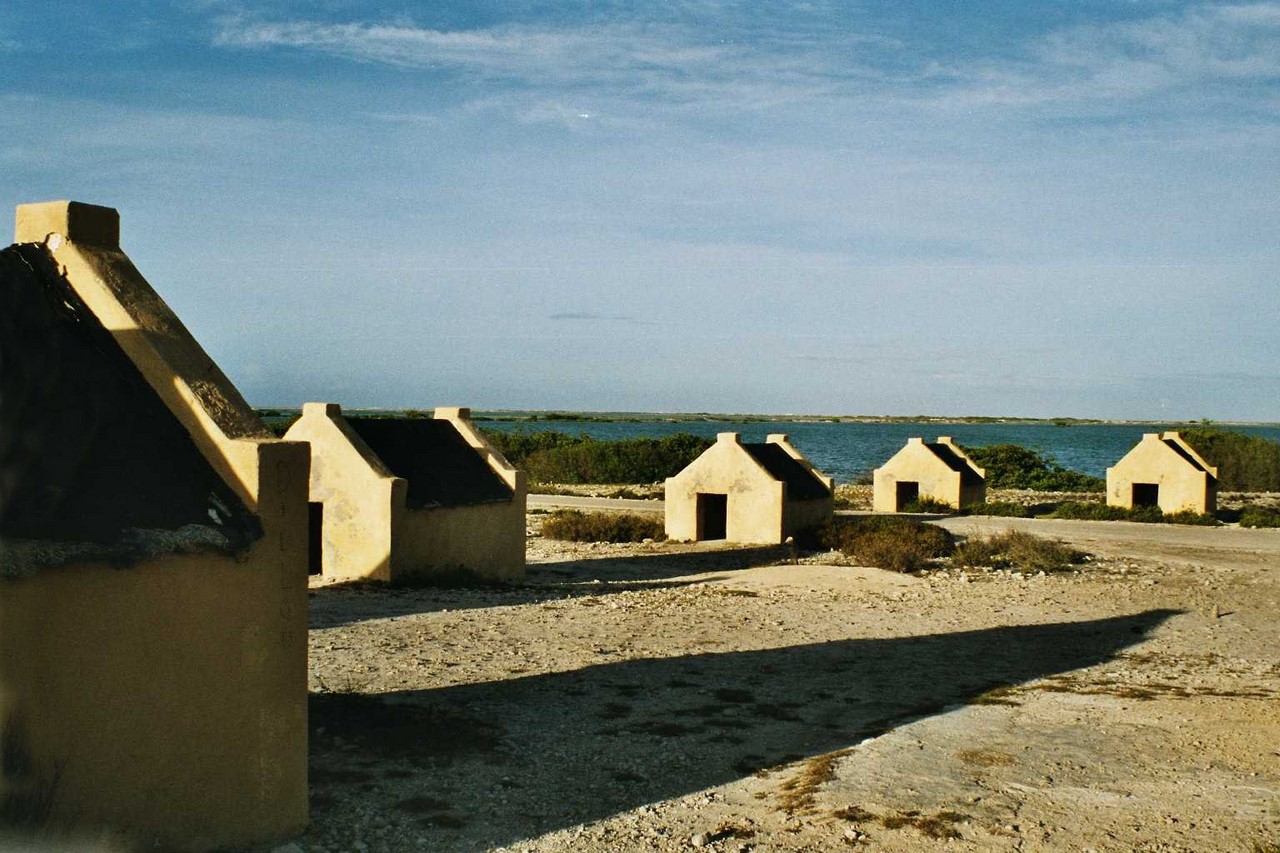 In the early nineteenth century, the Netherlands lost power over Bonaire for a short time, which came under British control, which was associated with the Napoleonic Wars in Europe.

In 1816 the Netherlands regained Bonaire and began building Fort Orange near the modern town of Kralendijk.

In 1863, slavery in the Dutch colonies was abolished, and the island of Bonaire, like other islands, began an economic decline.

World Wars I and II bypassed the island of Bonaire, although the island for a long time was a camp for German prisoners of war and Dutch Nazis. In the postwar period, two seaport terminals capable of receiving large cruise ships, the Flamingo airport, and other transportation infrastructure were built on the island.

In 1954, Bonaire became part of the Netherlands Antilles and receives relative autonomy under the Dutch Crown.

On October 10, 2010, the Netherlands Antilles dissolved, the island of Bonaire became a special municipality of the Netherlands, and the islanders from September 12, 2012 received the right to vote when electing members of the Dutch parliament. 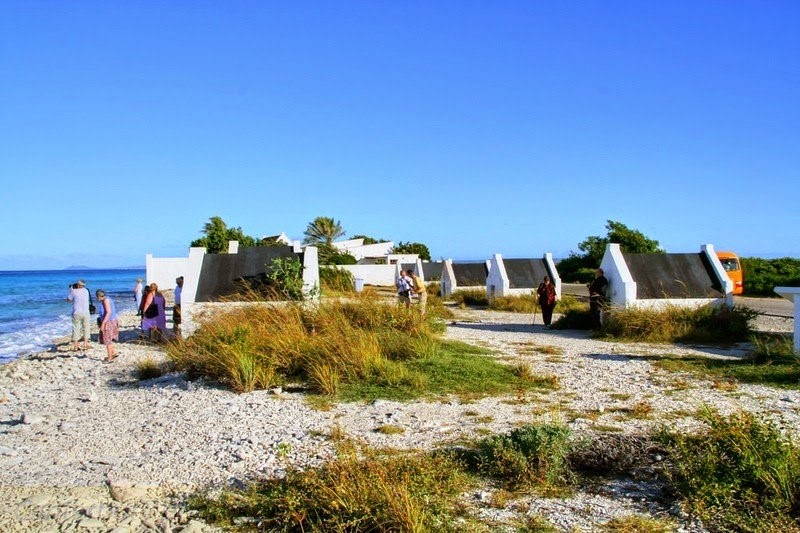 Bonaire Island is, in fact, the tip of the submarine uplands on the continental shelf of the South American continent. Bonaire is a volcanic island by origin. Its formation, due to the rise of the seabed in volcanic eruptions, occurs around the Miocene period, 5-6 million years ago.

Bonaire is curved in a boomerang or banana shape with a length from northwest to southeast of about 40 kilometers and a maximum width of 11 kilometers. The coastline extends only in one place (southeast) to form a relatively deep inland bay of Las Bay. The relief of the island is hilly in the central part and low-lying closer to the coast. The highest point is Mount Brandaris, on the north-west, which is only 241 metres above sea level. There are several small rivulets on the island, which probably resemble streams after a heavy rain. In addition, there are several small lakes in the northwestern part of the island, most of which are saline.

READ
The country of Bermuda or Bermuda Islands

The island of Klein Bonaire (Little Bonaire) has geographic coordinates: 12°09′29″ N. 68°18′39″ W. Its shape is more like a rectangle with smoothed corners. Its topography is also lowland and flat. The height of the island above sea level over its entire area is less than 1.5 meters. There are no natural sources of fresh water on the island. The area of Klein Bonaire does not exceed 6 square kilometers.

Both Bonaire and Klein Bonaire are surrounded by a coral reef which is interrupted in several places and is not massive. 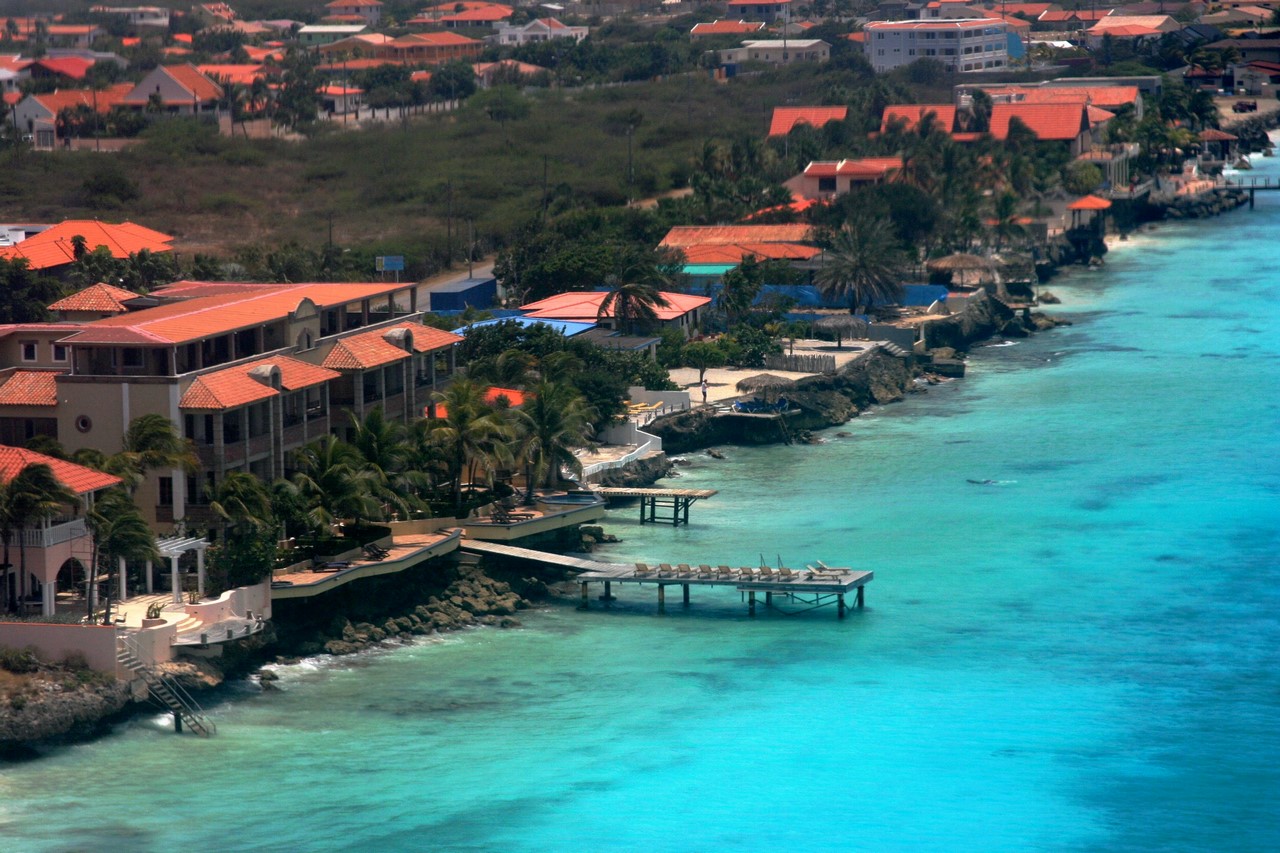 Currently, tourism is the main sphere of employment for local people and foreign workers on Bonaire. All conditions for the development of this industry are created here. You can get to the island either by air through the international airport “Flamingo” or by sea – through marine terminals in Kralendeika, which even take cruise superliners. Hotels on the island are mostly concentrated on its coast near the beaches and surfing centers. The island’s beaches have white sand and clear coastal waters, which especially attract beach lovers from Europe and America. For trekkers, there are trails inland, mostly in Washington Slagbay Park, which attracts a huge number of wildlife-loving tourists every year. 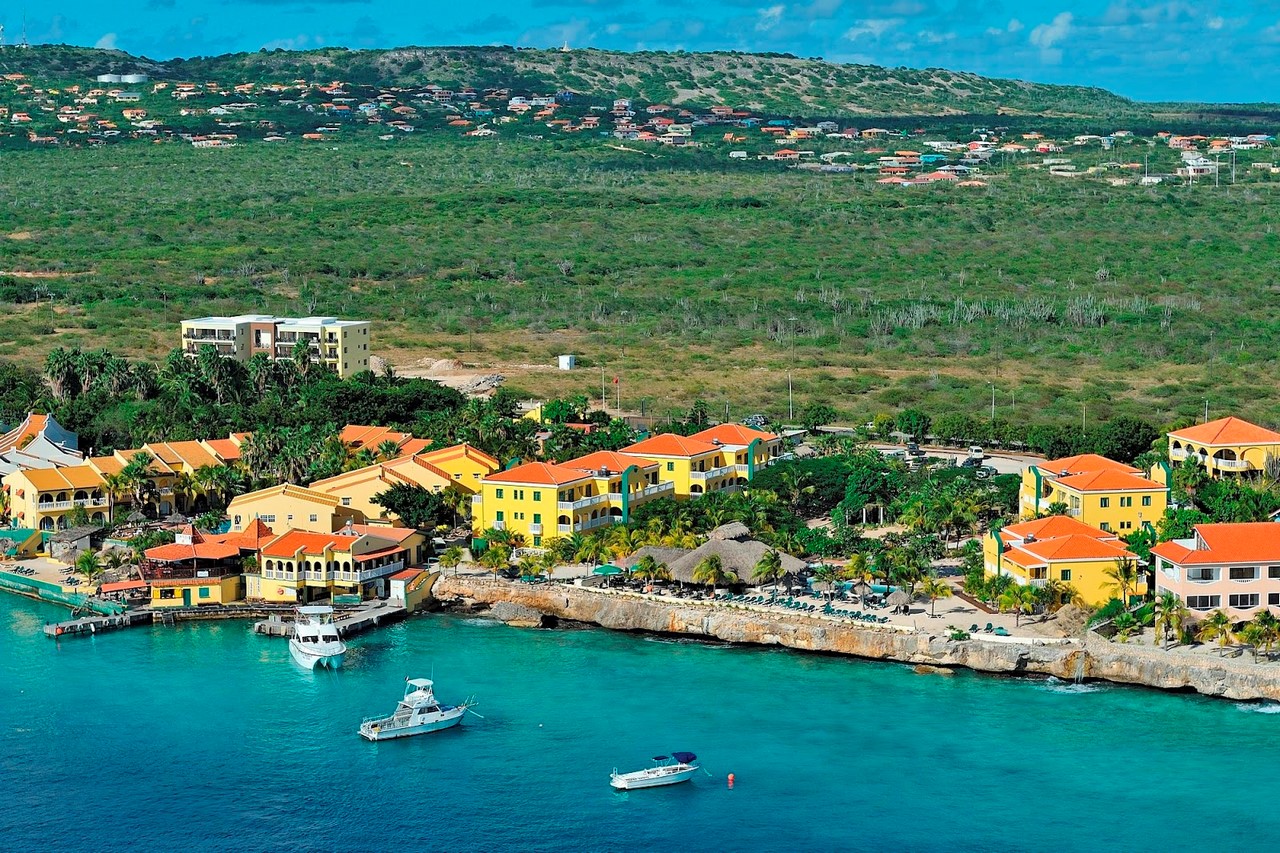 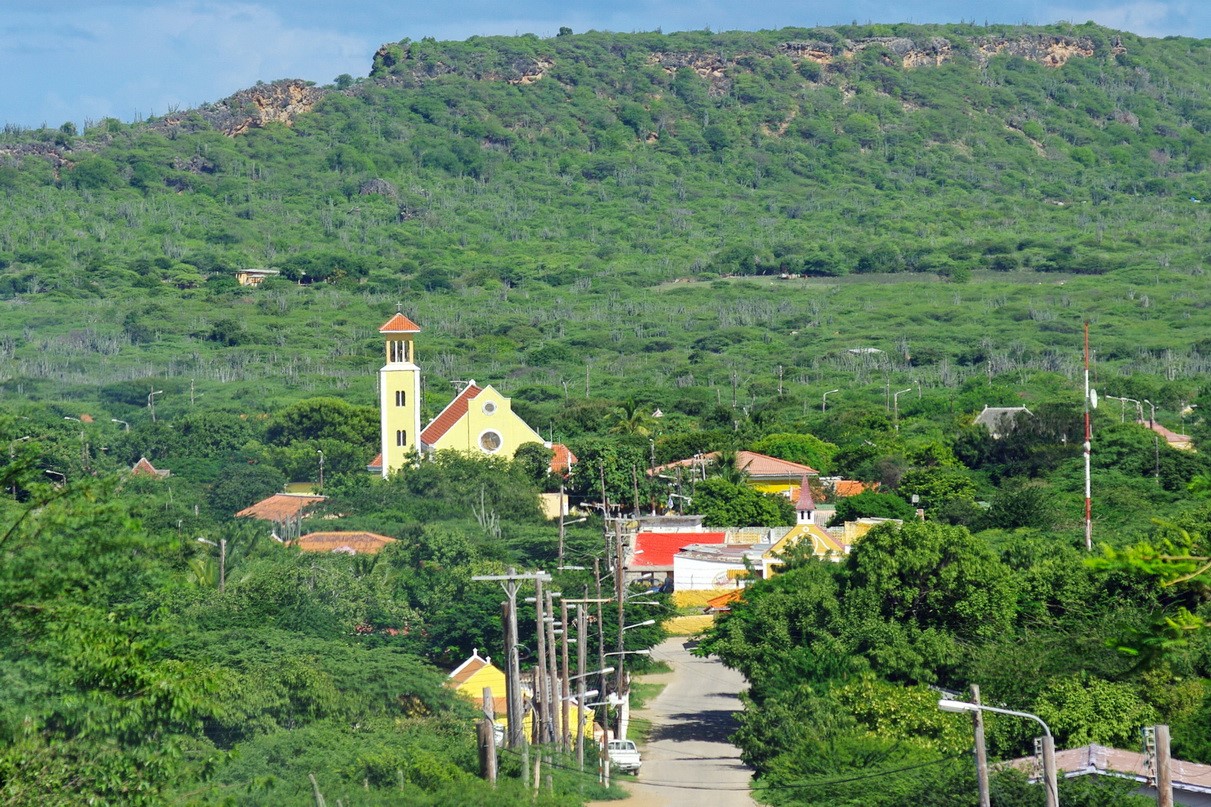 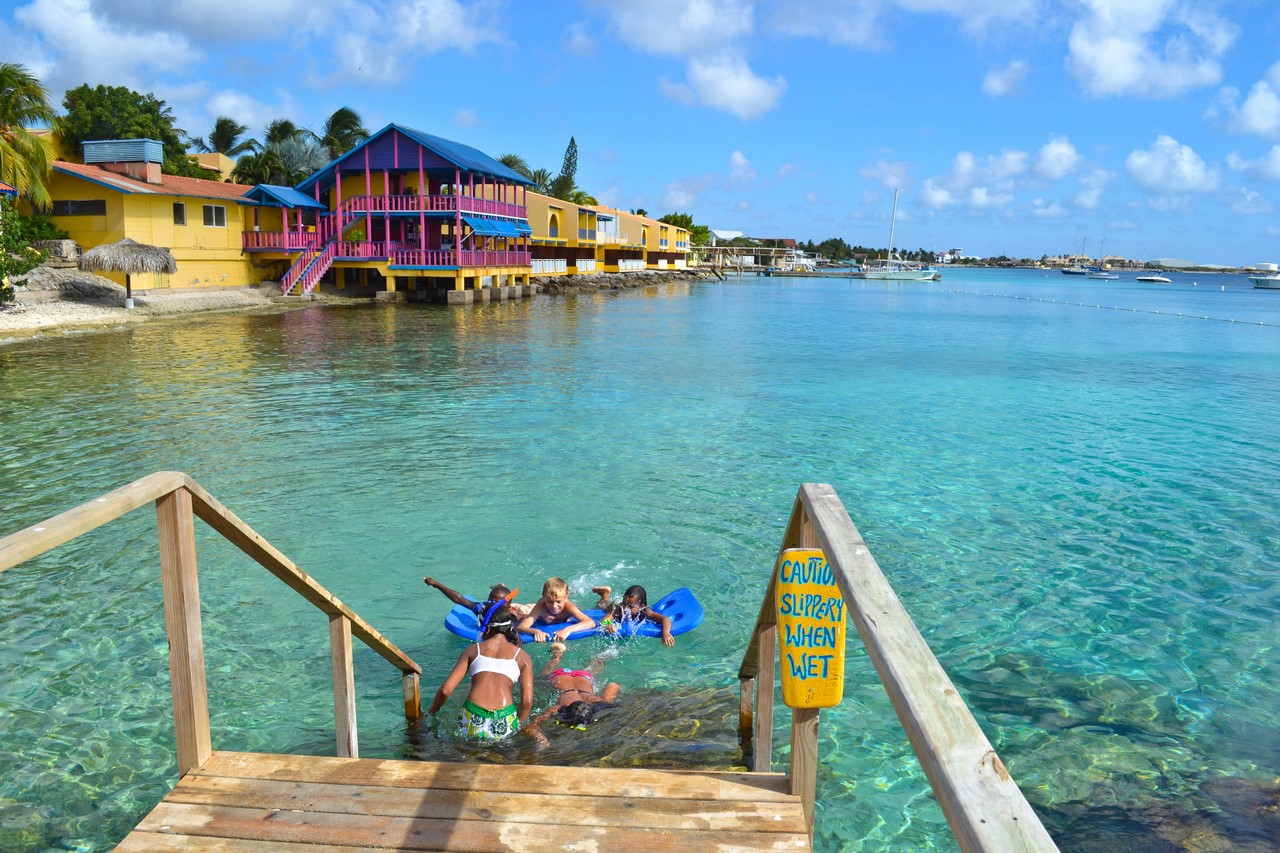 And here are some more interesting islands for your attention: here is Rockall, the “golden rock,” and here are the Horses of the Wandering Island and the Story of the Rebel Bounty. Let’s also look at the Balls of Champa Island and the famous City in the Ocean