In the north of Scotland, in the center of the magnificent Cairngorms National Park in Aberdeenshire is the impressive Bremar Castle. This famous landmark, located in a picturesque mountainous area 1 km from the village of the same name, is a perfect example of a Scottish fortified L-shaped fortress house.

Built in 1628 by John Erskine, Earl of Mar, Bremar Castle served a dual purpose. It was a hunting lodge in the summer, but its primary purpose was to protect the Mar homestead from the neighboring Farquharson clan of Inverie. Despite government support, however, a Jacobite rebellion led by the Farquharsons resulted in the burning of the castle. After the death of the last of the Stuart dynasty, Queen Anne, in 1714, the Earl of Mar was forced to flee into exile after falling into the disfavor of George I who came to the throne. 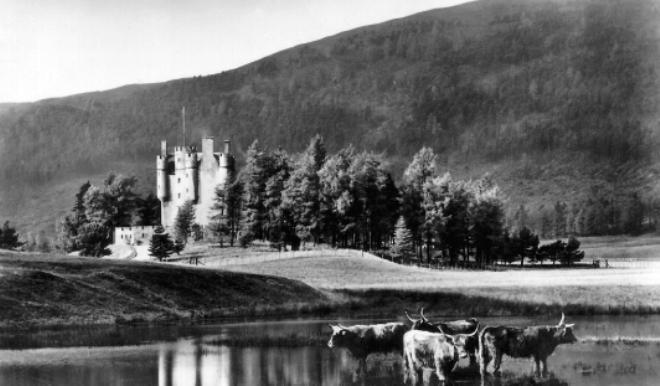 In 1732, the ruined Castle Bremar and its surrounding lands were sold to John Farquharson, 9th Lord of Invercald. He refused to support the Jacobite cause in the 1745 rebellion, and his holdings were plundered. As a result, he was forced to lease the castle to the Hanoverian government for use as a barracks for 99 years.

The army stopped using the castle in 1797, and in 1807 James Farquharson, 10th Lord of Invercauld, negotiated its return to the owner. The castle was restored and subsequently became the Farquharson family home, which often hosted Queen Victoria during her regular visits to Bremar. 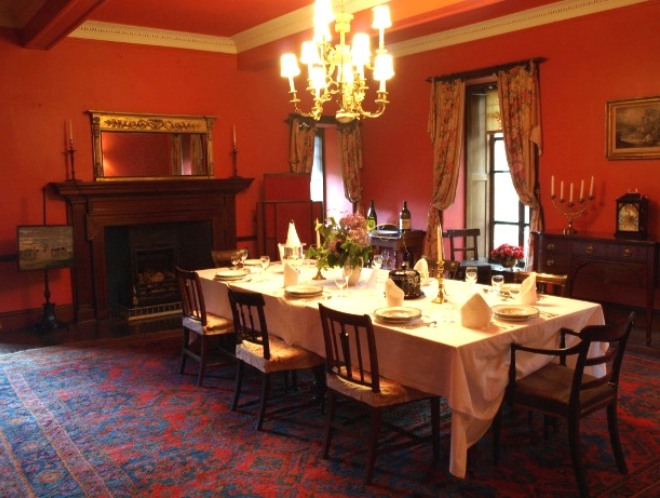 Any Scottish castle deserves a good ghost story, and Bremar is no exception. The place is said to be haunted by the ghost of a bride who was abandoned by her groom before her wedding, causing her to throw herself from the top of the castle in despair.

This castle is the only one in Scotland run by a community. Over the past 10 years, the village of Bremar has been working to raise funds and gradually restore the castle, providing an even better experience for visitors. Local volunteers, with their extensive knowledge of the area, welcome visitors and give tours.

Bremar Castle is often used for filming and has appeared in many popular movies. In 1954, it was a production of Prince Valiant, starring Janet Leigh and James Mason. More recently, the building was used for the filming of Neil Oliver’s series A History of Scotland. 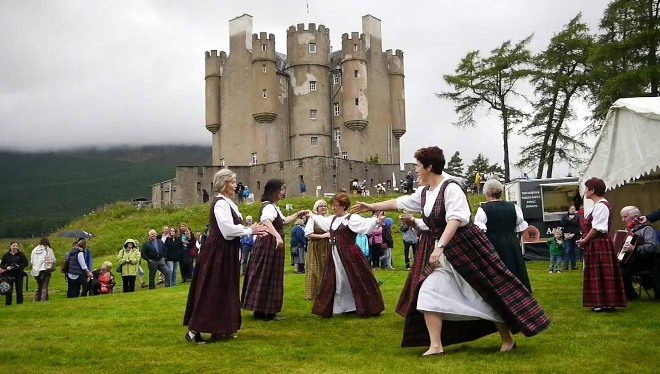 Bremar Castle is a modified L-shaped house with a circular stair tower, the corners of which are crowned with bartisans. The castle is surrounded by an 18th-century star-shaped artillery defense. Visitors can explore the castle’s 12 rooms. These include:

After ascending to the upper bedrooms, visitors return to the dining room, then descend a service staircase leading to the vaulted kitchen and store on the 1st floor. Here is the entrance to the dungeon with a bottle-neck, where prisoners were thrown in the 17th century. 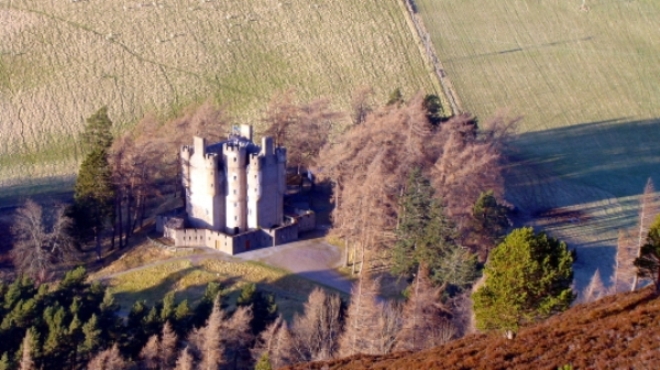 How to get to Brémar Castle?

The site can be reached from the city of Dundee by bus 201 or as part of a tour group through the Cairngorms National Park.

To feel like a medieval knight in shining armor, you only need to visit Scotland’s rugged and rugged castles. They were built mostly for defence, and are seen mostly on the cliffs by the ocean or the lake. From afar they look completely impregnable.

This structure stands on top of a cliff overlooking the northeast coast of the country. Today it is just a ruin, but a ruin with an interesting and multifaceted history. Such historical figures as Queen Mary, Scottish figure William Wallace, and King Charles II are closely associated with the castle. The castle became famous because, saving the Scottish crown jewels, its small garrison withstood a siege of Cromwell’s army. To get to the castle is difficult, because you have to overcome a huge number of stairs leading to it.

The castle is located on the Isle of Mull. At first it was a rectangular wall enclosing the inner courtyard. The Scottish ruler began to own the castle in the middle of XIV century, having got it together with the dowry of his bride. For many centuries in a row the castle was slowly ruined. Its last owners were the McLean clan who owned it for the last 4 centuries. Located on a hill overlooking Lake Mull the stone outpost may be seen today by tourists to explore the dungeons and admire the castle surroundings.

Once this castle was considered the largest in Scotland. Only the remains of its tower have survived. From this point you have a breathtaking view of the famous Loch Ness. The history of the building is similar to that of many castles. For many centuries for the right to own it fought not only numerous clans, but even Scotland and England. In 1692 the outpost was blown up so that it could not be used as a citadel in hostilities. Today tourists can see the ancient artifacts preserved there. Many claim that it was from here that they saw the famous monster from the lake.

This castle was under construction for several centuries. The castle was built centuries ago on the site of King Robert II’s hunting lodge in the 13th century. The building, which survives to this day, is usually considered a Scottish baronial manor, though it looks like a solid castle. It is now the royal family’s holiday home. Some of the rooms are closed to the public as they are considered to be the private rooms of the Queen. Many apartments and numerous grounds are freely accessible to tourists.

A must-see on the west coast of Scotland is this castle. The Dukes of Argyll remained its owners for many centuries. It was built over 43 years and part of it was destroyed by fire in 1877. The rooms of the building tell the story of the Campbell clan, once the most powerful in the country. It will be interesting to see the rich collection of weapons and wander through the beautiful gardens. In the tea room tourists will appreciate the traditional Scottish dishes. You can visit the castle from April to October.

This castle was considered the center of art in Scotland in the 16th century. The kings of the country considered it a major strategic and historical place. The structure itself is impressive in its size. Here you can get acquainted with the life of the royal family. In the exposition of the castle is kept the crown with which Mary Stuart was crowned in 1534. In the castle Robert Burns wrote many of his poems.

The structure is a perfect example of the country’s ideology and architecture. It was built on the top of a dormant volcano. Played an important role in the political and military life of Scotland. You can see the castle from any direction, at a distance of several kilometers. For his major battles the castle was used by the Scottish king. The castle is one of the Scottish landmarks and a symbol of the country’s struggle for its independence.

One of the most visited attractions in the country. It was built in the late 18th century. Its first owners were members of the Kennedy clan – descendants of King Robert the Bruce. The top floor of the castle during the Second World War was occupied by Dwight Eisenhower, he was given it as a sign of appreciation for U.S. support. Now these rooms are a hotel. Visitors will be interested to see the antique furniture and one of the richest collections of guns and swords. Glamis

Not only Queen Elizabeth was born in this castle, but also her mother and grandmother. It was also the birthplace of Princess Margaret. This castle was once Shakespeare’s favorite. Today it is recognized as one of the most beautiful in the country, surrounded by a huge number of trees. Guests are invited to take a fascinating journey into its garden and historic rooms.