Brazil is famous not only for soccer, it’s also the country of Carnivals, as each city holds its own Carnival. The most grandiose holiday is held in Rio de Janeiro.

Carnival has historical significance for the country. For many years it has been held forty days before Easter. Carnival itself is the beginning of Lent. For Roman Catholics, Lent is a time of abstinence from carnal pleasures, while the Carnival symbolizes a farewell to them.

How did the famous Carnival come about?

Historians have their own versions of how Carnival arose. One version says that in the XVII century, the holiday “Fun Day” was imported from Portugal. The festivities were noisy, with participants trying to prank each other, throwing food and water on each other, and accompanied by dancing and singing.

The participation of slaves in the festival allowed to introduce the customs of the African people, and in the XX costumed carnivals of France and Italy became an integral part of the Brazilian Carnival, which was becoming more and more popular in the world.

Parades of samba schools have become traditional at this holiday since their appearance in Rio at the beginning of the 20th century. It was the samba school parades that made Rio and São Paulo famous, although of course Rio de Janeiro is world famous for its Carnival. The samba schools perform on special sambadromas, which are not free to attend, but on Carnival days, the dance is free of charge.

In modern Brazil, a tradition has remained, which involves participation in street carnivals of all comers. In the northeastern cities of the country, everyone participates in the carnivals. Here, townspeople pour out into the streets and in a procession of thousands of people sing, dance, party, and celebrate.

Here you can hear the traditional rhythms of samba, as well as the rhythms of frevo, afosha, maracatu.

Carnival in Brazil paralyzes the traditional way of life, forcing people to have fun and rejoice. It is the biggest holiday in the country. Residents of the country and many tourists celebrate Carnival day and night.

During the celebration more than 50% of the annual amount of beer is consumed, and the country is visited by more than 70% of tourists. Recall that the Brazilian Carnival begins in February.

Carnival in Rio begins in summer, it is celebrated for four days and nights. The festivities are broadcast by all central TV channels. The “king” of the city becomes the master of the city for the Carnival period, with the mayor himself handing over the keys to the city.

Features of the Carnival

Only professional samba schools participate in Carnival in Rio. One school can put up to four thousand participants. Carnival, like any grand event, is prepared for in advance. Participants think through every detail of their performance, prepare costumes and decorations, find music, learn the choreography. On Carnival Day, all participants from one school must act as a cohesive unit, the only thing that can bring success.

The competition is watched by a strict jury of 40 people. They give scores to the schools, and closely monitor the performance of each element.

The main person during the performance of the school is the woman who carries the banner of the school. She is at the head of the dance floor, and her performance is also judged by the jury.

The main events of the celebration unfold on the street – Sambadrom.

This street, which is 700 meters long, has seats for spectators and holds up to 90 thousand people. More than 2 million people take part in the Carnival, every day they flock to Sambadrom in anticipation of the main action – the solemn procession of schools, which at times can last more than ten hours.

At the beginning of Carnival, the school that won the previous year performs. The schools then begin walking through Sambadrom on the list. Participants in the festivities parade in festive costumes, accompanied by dancers and musicians surrounding the decorated bandstands.

After a jury selects the best samba schools, they will demonstrate the Parade of Champions. The triumphant school will be determined at the end of the festivities, with a cash award as the prize.

To visit the Brazilian Carnival is a dream of many tourists. It is absolutely inexpressible impression when the country for several days becomes a single organism, which craves only one thing – the holiday.

There are no words to describe it, Carnival should be experienced, become one with it, and then it will stay in your heart for life. 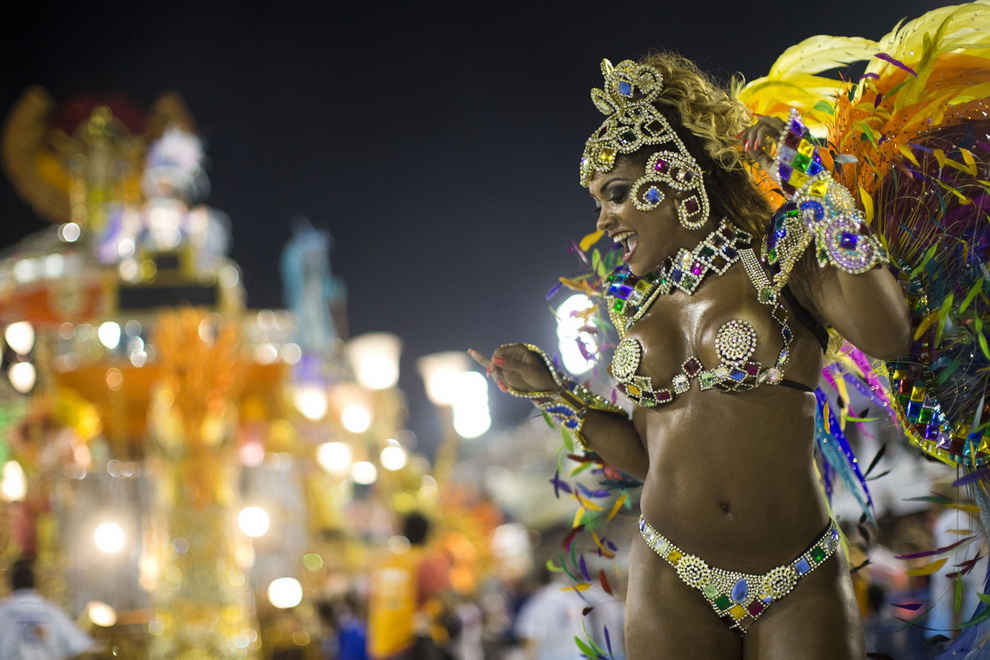 The traditional carnival in Brazil takes place despite the Zika virus epidemic. This year at least a million people turned out for the colorful event. 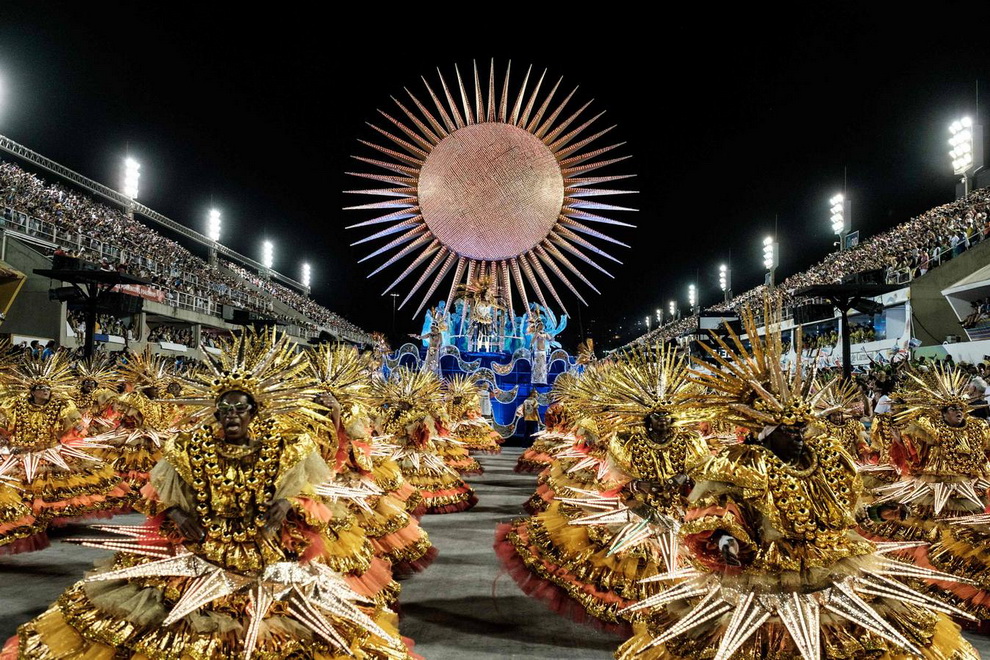 The Brazilian carnival usually takes place in the last days of winter. It has pagan roots and is analogous to the Russian Shrovetide. That’s energetic colorful samba Brazilians greet the arrival of spring. 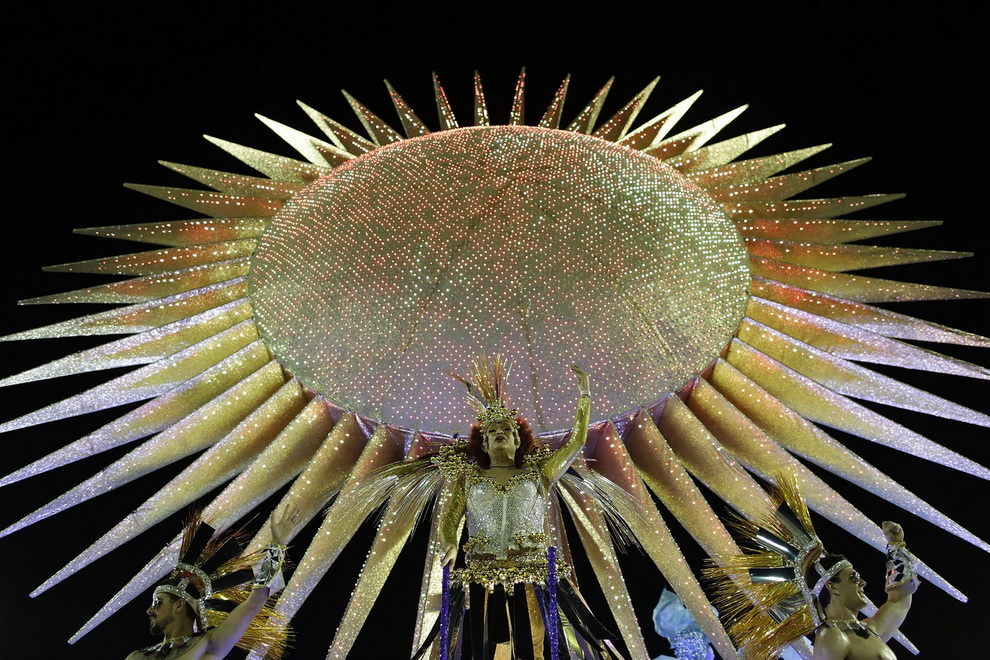 The carnival in Rio de Janeiro began with a traditional ritual. Mayor Eduardo Paes handed the key to Rio de Janeiro to King Momo, a chubby Brazilian chosen to lead the carnival. The king kicked off the fun – with his instructions, the parade of 12 samba schools began. 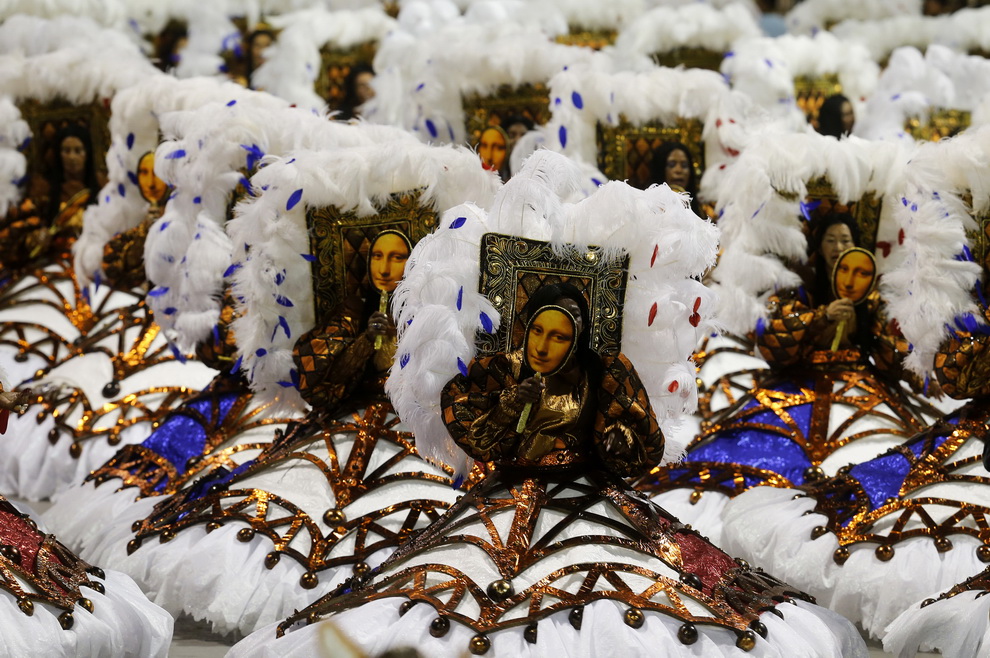 The competition-parade takes place at the Marques de Sapucaí sambodrome, an elongated 700-meter platform with bleachers on either side. At the end of the festival, there is also a parade on the same sambodrome for the winners who have received the highest marks from the jury. 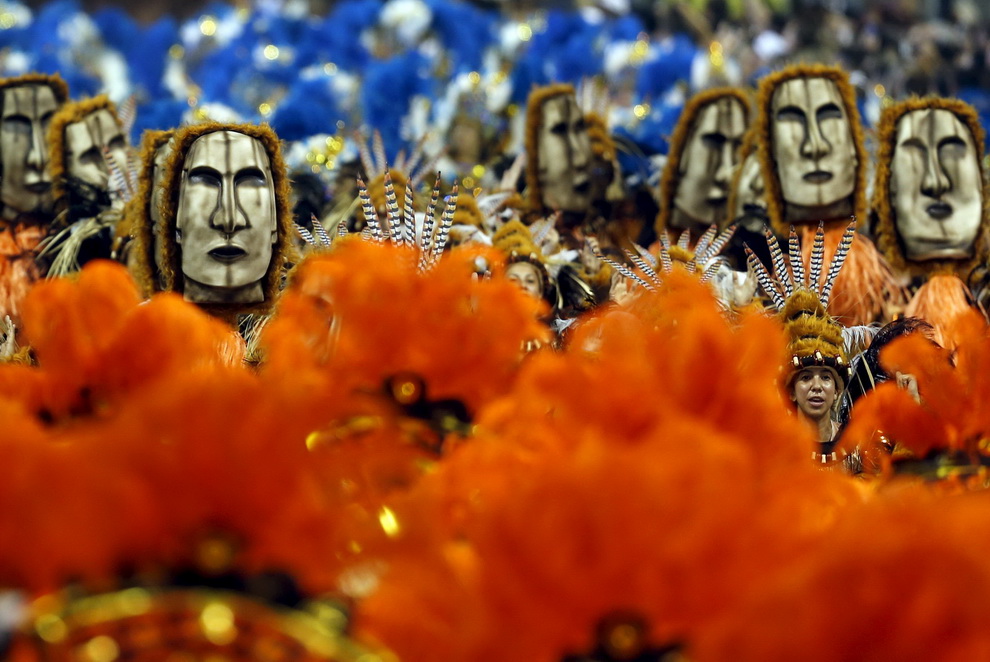 Each school is represented by between 2,000 and 5,000 people at the parade. All participants have been preparing for the long-awaited event for a whole year. For the sake of winning the competition, they rehearsed dances, sewed costumes, and made decorations.

READ
Rules of Behavior in Egypt for Women and Men 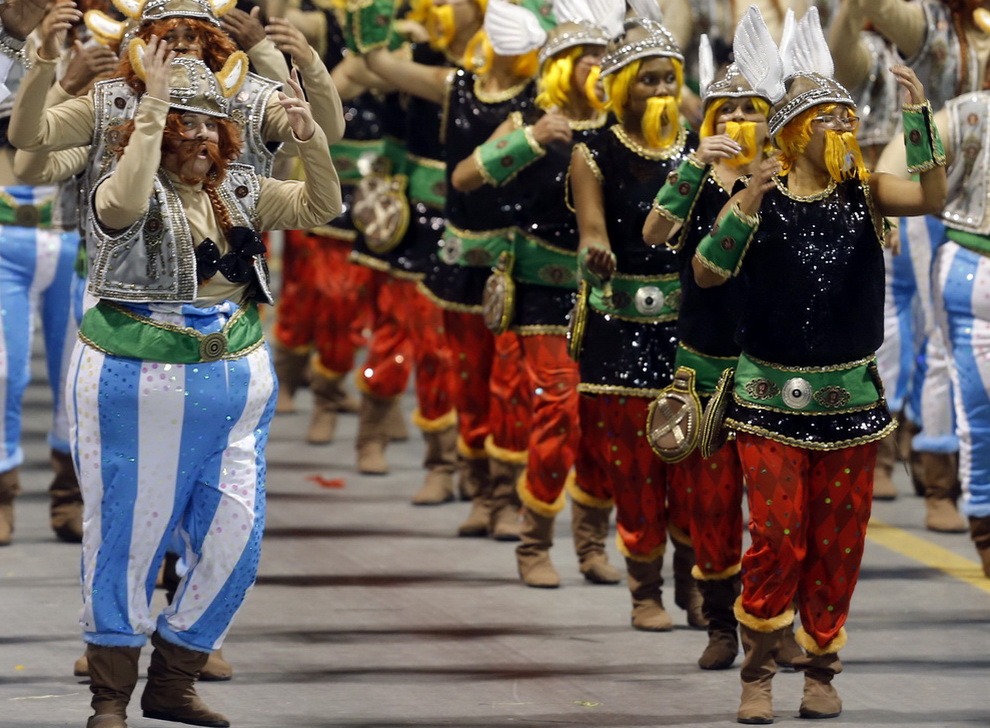 In addition to the official carnival, other squares and embankments of the city these days will hold mass costume parades. Anyone can participate in these parades, called “street carnival”. For every Brazilian, carnival is not just a parade; it is part of the national spirit and culture. 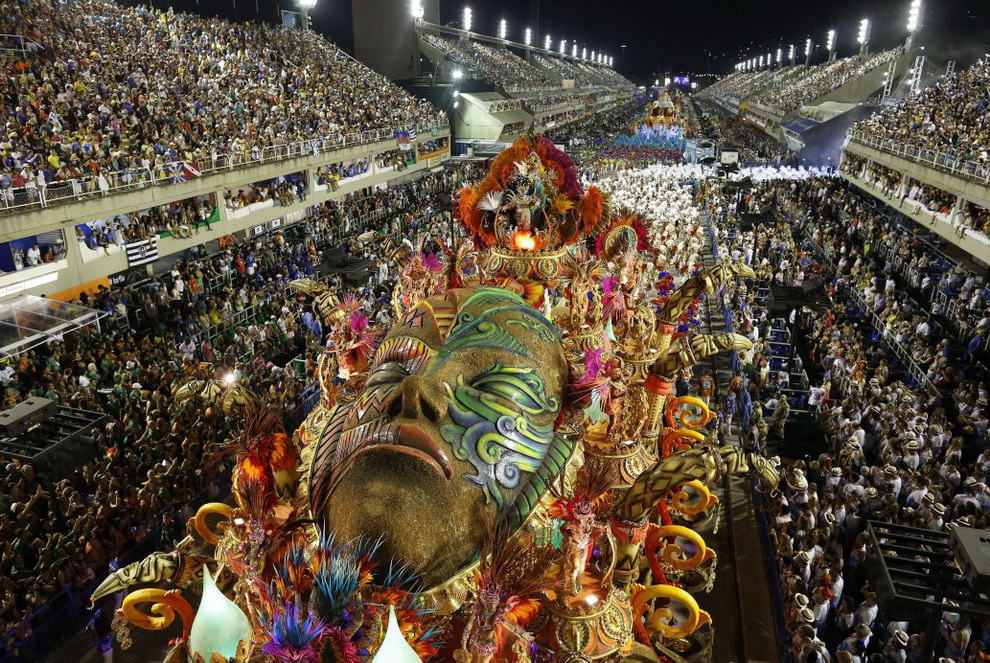 In addition to Rio de Janeiro, carnival takes place in São Paulo, Recife, Salvador and other cities in the country. In the city of Recife, more than one million people turned out for the traditional Galo da Madrugada festive procession. In Sao Paulo, representatives of the Brazilian Ministry of Health handed out half a million booklets about Zika to carnival participants. 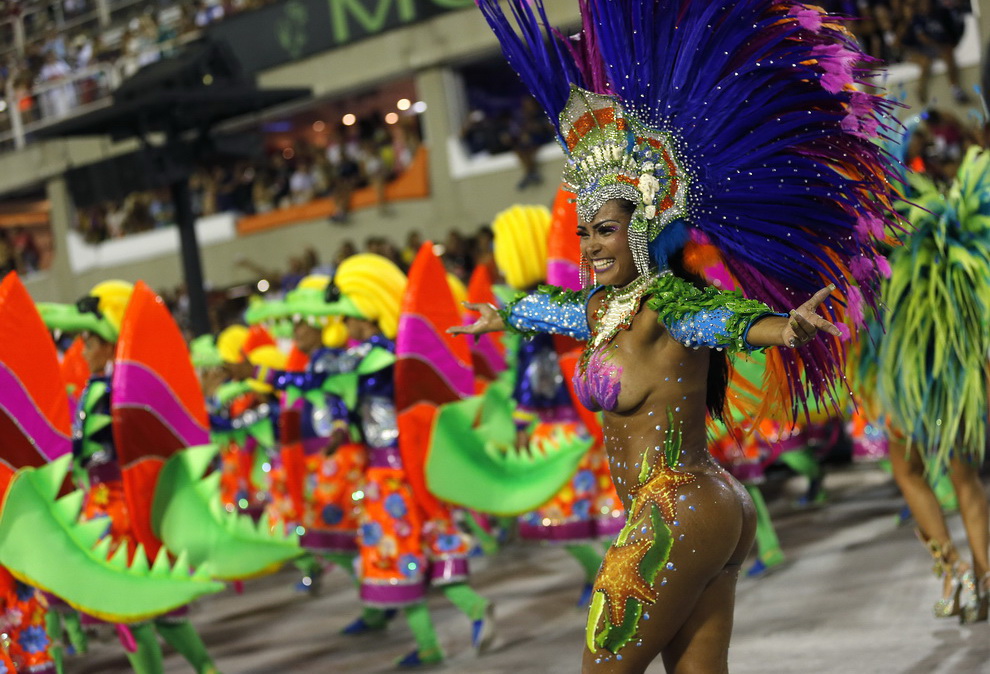 Tourists come to the carnival in Brazil from all over the world to immerse themselves in the atmosphere of the legendary festival, to see the splendor of fantastic costumes and exotic dance skills. 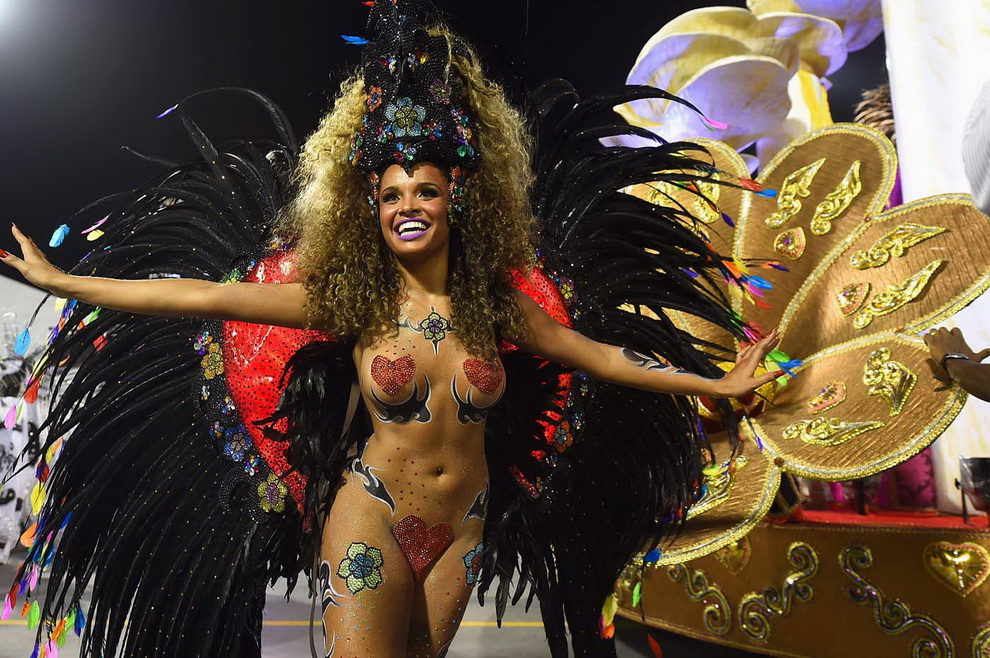 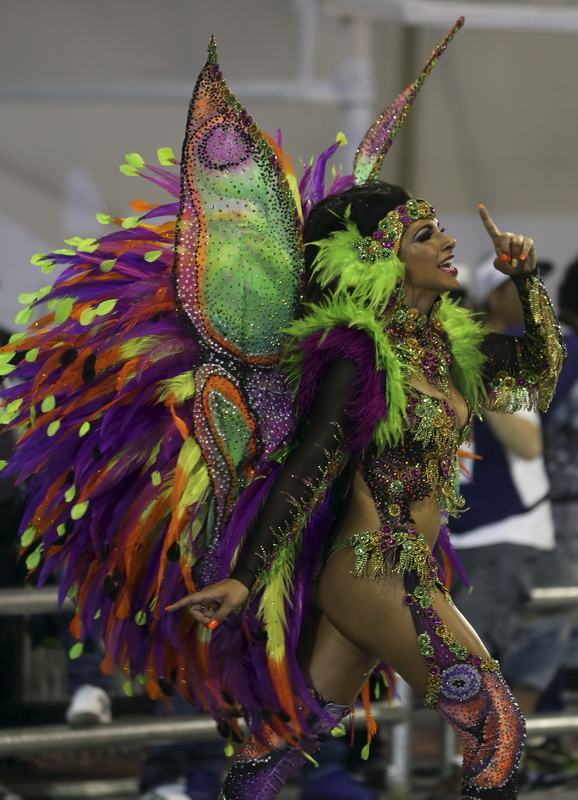 According to the Brazilian Ministry of Tourism, 6.6 million tourists visited the country during the 2014 carnival. Revenue from the carnival was more than $2.3 billion. 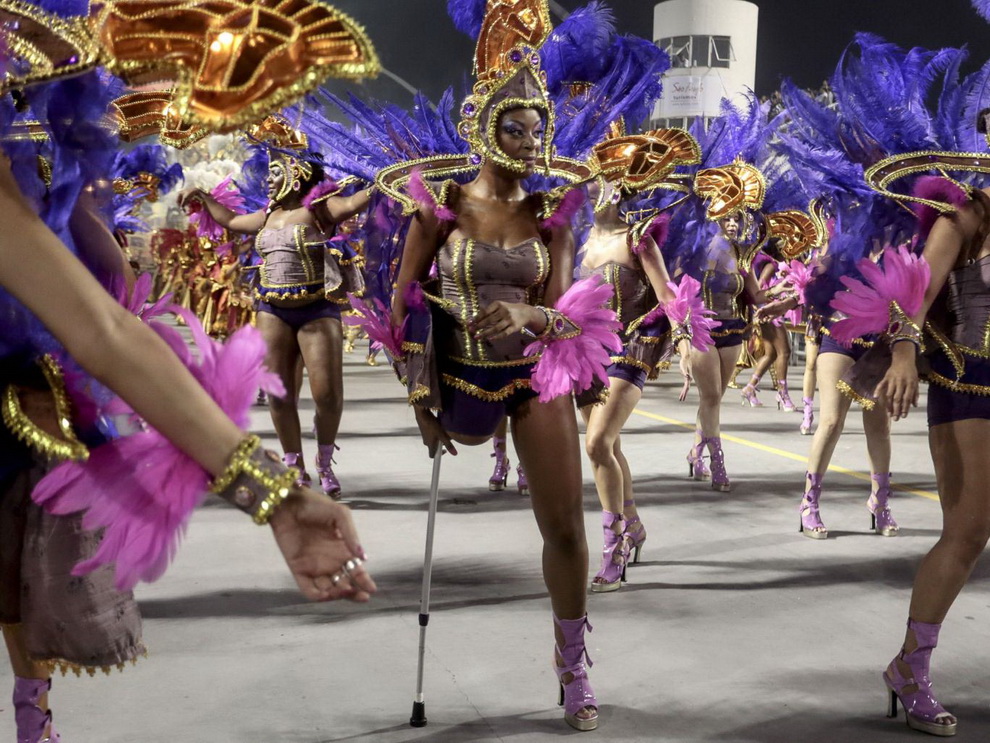 The annual carnival in Brazil is held forty days before Easter and marks the beginning of Lent. During Lent, Roman Catholics must abstain from all bodily pleasures, particularly – from the consumption of meat. Carnival, which is thought to derive from the pagan Saturnalia, can be considered an act of farewell to the pleasures of meat. 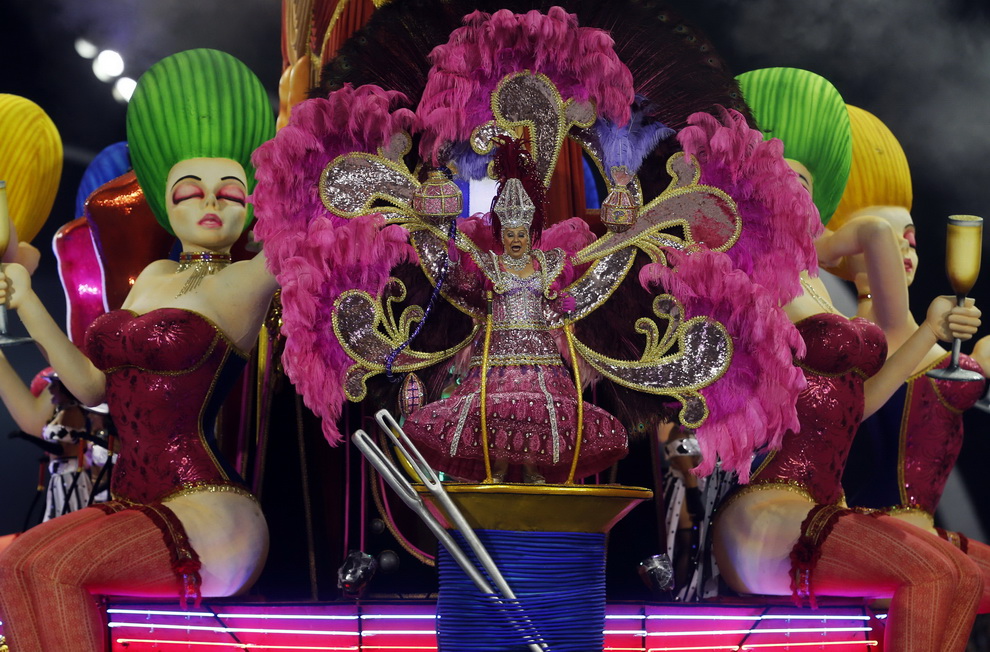 Brazilian carnival is the country’s largest folk festival and has some differences from carnivals in both Europe and other Latin American countries. In addition, there are regional variations of carnival in Brazil itself.