Castles have been built in Europe since ancient times. They were used both as defensive constructions and as residences of rulers (usually both at the same time). The heyday of castle-building came in the Middle Ages, the era of knights and the many internecine wars.

Now some castles have undergone modernization, while others have been destroyed. Only small part of castles can boast of its almost pristine appearance. One such historical monument is Marxburg Castle in Germany. 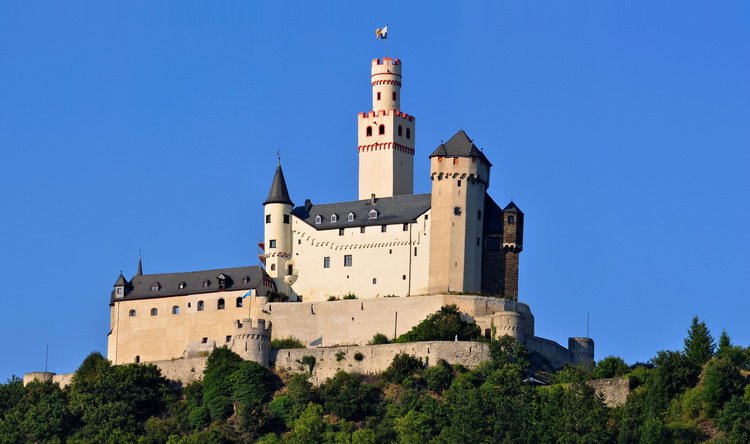 It is a beautiful medieval castle located on a high hill in the Middle Rhine region in the federal state of Rhineland-Palatinate in western Germany. It literally looms over the town of Braubach. 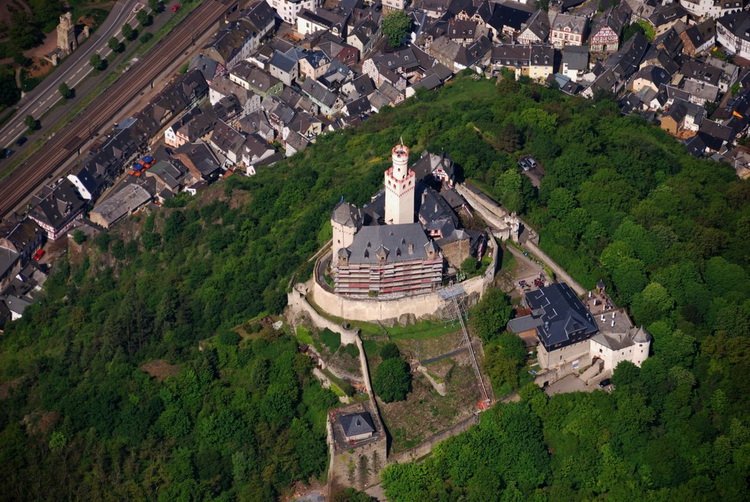 Marksburg Castle on the map

The first historical mention of the castle dates back to 1231. At that time it served as a customs office and was known by the name of the nearby town of Braubach. However, there is information that the first fortifications were built here in the early 12th century (approximately in 1100). In 17 years it was already a full castle, which belonged to the family Eppstein. By the end of the 13th century (more precisely in 1283) the right of ownership passed to Earl Eberhard the second von Katzenelenbogen. He reconstructed the castle, as a result of which the architecture of the building showed clear signs of Gothic style.

By 1479 the Katzenelenbogen family had ceased. It so happened that the only heiress of this family married Henry of Hesse. Thus, since then, the castle has been owned by the Hesse family.

In the late 17th century, during the war with France, many castles in this area were captured or destroyed by the French army, and only the castle of Marxburg remained unconquered and thus preserved its architecture to this day.

At the beginning of the 19th century the German Empire ceased to exist, and since 1803 Marksburg belonged to the Duchy of Nassau. It was turned into a prison and home for disabled soldiers. 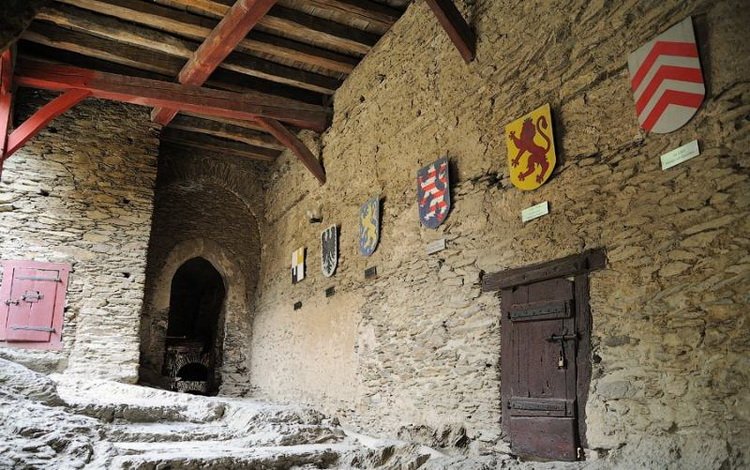 In 1900. The German Castle Society purchased this castle for one thousand gold marks.

It is noteworthy that such an interesting society was founded only a year before the purchase of the castle. The purpose of this organization was the preservation and protection of castles of the country. Since 1931, the headquarters of the Society is located precisely in the castle of Marksburg.

In fact, the castle got its modern name only in the 15th century (before that it was known as Braubach). In 1437 on the territory of the castle a chapel was created, which was illuminated in honor of St. Mark. And after a while the castle became known as Marksburg.

Nowadays, Chateau Marksburg is open daily to tourists. The castle has a museum and ancient living quarters, including a children’s room, master bedroom, hall and that very chapel. Equally interesting is the kitchen with a wine press from 1767, the armory, the wine cellar and, much needed in any castle, the torture chamber. 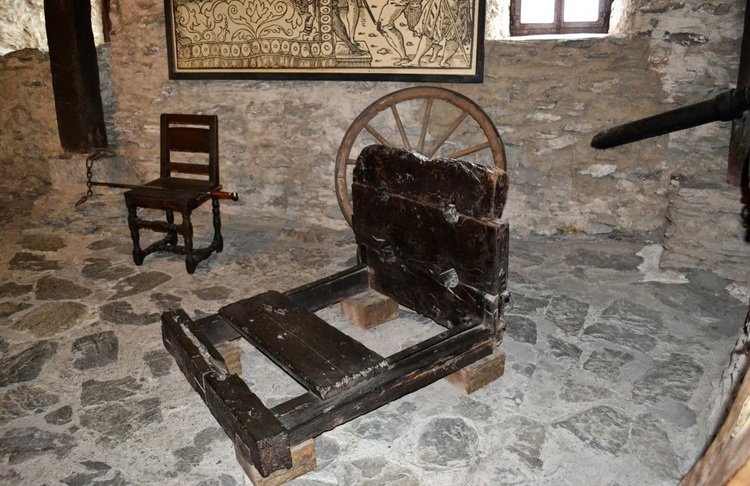 In the Middle Ages cannons were used to protect the castle, and today you can see as many as two cannon batteries.

In 2002, Unesco inscribed Marxburg Castle on the list of World Heritage Sites.

Marksburg offers guided tours lasting about 50 minutes and costing 7 euros for adults and 5 euros for children from 6 to 18 years old. Children under the age of 6 are admitted free of charge. Discounts are usually available for group visits. Do not forget to buy “medieval” souvenirs, which are offered in the souvenir shop.

The Rhine valley is a real kingdom of castles of chivalry. Statistically there is one medieval castle for every 1.2 km. Most of the German citadels were repeatedly destroyed and built again. But among them is a fortress, which for 900 years of its existence could not be taken by storm any enemy – the legendary castle Marxburg.

History of the castle Marksburg

The castle of Marksburg is located in Rhineland Palatinate near the town of Braubach. The first castle appeared here in 1100 and belonged to the family Eppstein, among the representatives of which were the electors and archbishops of Mainz and Trier. The first documented mention of the castle, then called Braubach Castle, dates back to 1231.

In 1283 the castle came into possession of the counts Katzenelenbogenov, but by the early XV century, this family had no male heirs, and the castle became the property of the counts von Hessen.

In 1437, St. Mark’s Chapel appeared in the castle, and it was called Marksburg. During the Thirty Years’ War, the French destroyed all the German citadels in the Rhine valley except Marxburg – the castle survived the siege and remained impregnable.

At the beginning of the 19th century Napoleon conquered Germany and gave Marxburg to the Duke of Nassau, who built a prison and an asylum for the disabled in the citadel. In 1900, the German Castle Society bought the Marxburg for 1,000 gold marks. 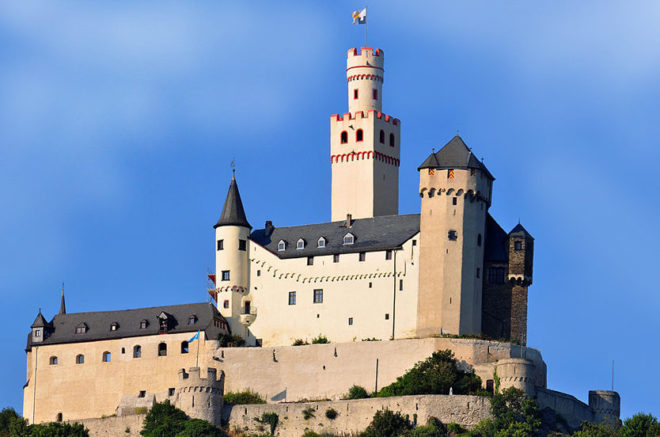 Today the citadel houses the office of the Society of Castles and a museum. In 2002 the castle was included in the list of UNESCO World Cultural Heritage as part of the “Valley of the Upper and Middle Rhine” complex.

Architectural relic of the Middle Ages

Germany is famous for its picturesque medieval fortresses. But most of them are the product of restoration: in the past they were turned into ruins and in the 19th and 20th centuries they were rebuilt. But Marxburg Castle has never undergone any significant destruction, which is why it is the only medieval citadel in the Rhine valley, preserved in its original form since the 14th century.

The fortress sits on top of a rocky hill 150 meters high. Some of the interior furnishings are of 12th century Romanesque origin, but the majority of the buildings and fortifications are of Gothic tradition. 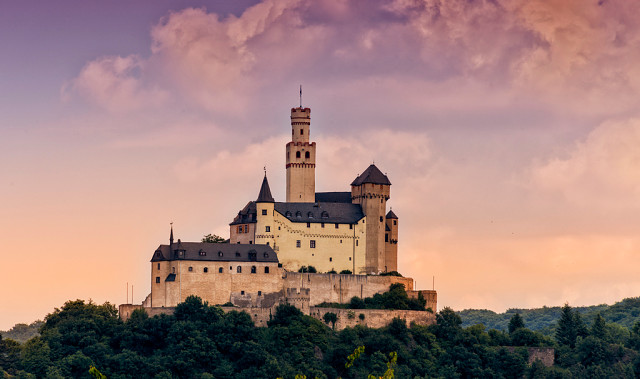 The castle is accessed by a long flat staircase designed for horses. Riders could ride up it inside the fortress without dismounting. The walls along the stairs are decorated with the coats of arms of all former owners of Marksburg.

In the Romanesque palace – the oldest part of the complex – are rooms of the castle masters. Here you can see a bedroom with a bed under a canopy, an inner living room and a women’s room with an antique spinning wheel.

The first floor of the Gothic castle is occupied by the kitchen and dining room for servants and soldiers. The kitchen has preserved old crockery and an unusual medieval refrigerator.

The upper floor was used for feasts and meetings for noble guests. In the main hall there is a dining table with a removable tabletop which was taken away with the dishes when they were changed. Seating is arranged in window niches.

The door in the corner leads to an originally designed palace toilet: it is attached to the outer wall of the fortress and hangs high above the ground. 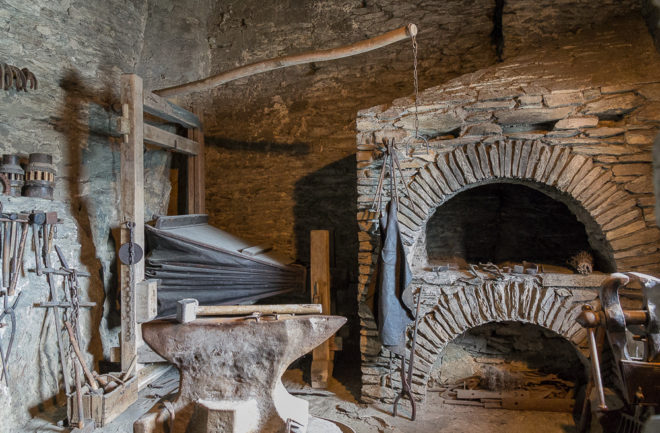 From the hall you can go to the chapel of St. Mark, which gave its name to the castle. It is a small room with a ten-sided arched dome, frescoes on the walls and a statue of the Madonna in a niche.

In the armory are collected armor of German knights, cold and firearms of XII-XIX centuries, ancient coins. In the former stables is a torture chamber with barbaric medieval devices.

In the wine cellar there are ancient oak barrels for wine and beer. In the past there were many more of these: drinking raw water often caused illness, so the German knights drank wine instead of water.

On the artillery batteries you can see the cannons of Napoleon’s time.

The main tower of the castle is built in the form of a cylinder which rests on a square base. From a height of 40 m a great view over the Rhine River and the surrounding countryside opens up.

Marksburg can only be visited as part of guided tours. A walk through the fortress will take about 50 minutes.

On December 24 and 25, the Christmas holidays, Marksburg is closed.

Tickets cost 7 € for adults, 5 € for children and teenagers up to 18 years old, 6 € for students. Toddlers under 6 years old visit the castle for free. Parents with two children from 6 to 18 years can buy a family ticket for 16 €.

Unfortunately, the castle is not equipped for visitors in wheelchairs.

Amateur photos are allowed in the area, but it is forbidden to take videos and use tripod cameras.

The castle has a store where guests can buy postcards with images of the impregnable Marksburg, books, original jewelry and souvenirs.

How to get to Marksburg

The castle is located in Braubach at Deutsche Burgenvereinigung e. V., Marksburg, 56338 Braubach.

The nearest large city to Braubach is Koblenz. From Koblenz to Braubach there are local trains and shuttle buses.

From the train station in Braubach you can walk to the castle on the picturesque Castle Path, a walk which takes about 20 minutes. 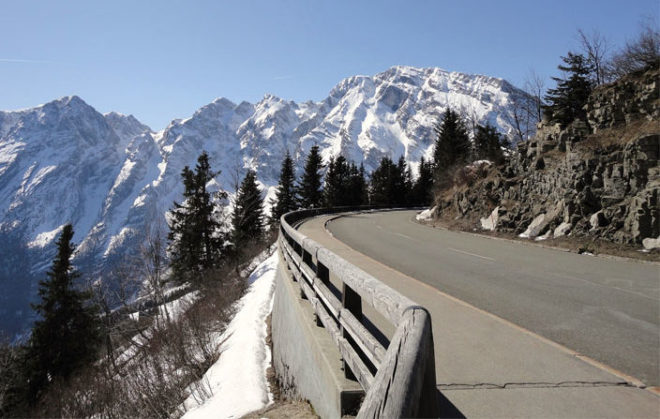 By car you can reach Braubach and Marksburg Castle along the B42. Near the castle there is a large parking lot. Parking costs: 2 € for a car, 5 € for a bus or trailer, 1 € for a motorcycle.

From March to October 15, from Braubach to Marksburg runs a mini tourist train. Carriages, decorated in the historical style, can take 50 tourists, the fare is 3 €.

If you want to stay in Braubach, you can stay in the hotels and guesthouses that are located near the castles Marksburg and Philippsburg:

Marxburg Castle is a unique historical heritage of the Middle Ages. If you are fond of the romanticism of chivalry you can get to know the feudal life and traditions.