The cave of the winds

The destructive force of nature, manifested in the eruption of the Pico Viejo volcano, triggered the formation of a true natural wonder – a system of enclosed labyrinths and tunnels, the so-called Cave of the Winds. The remote corners of the dark caves remain a mystery to explorers, and tourists are given the opportunity to visit a tunnel formed from solidified lava more than 27 thousand years ago.

A huge network of labyrinths 18 kilometers long – the fourth longest system of natural underground passages in the world. It is the molten lava that has shaped the structure of today’s caves as they are accessible to the public. Freezing on the outside, the lava remained hot inside its own crust, and as it flowed out, it formed underground passages and tunnels.

The uniqueness of the Cave of the Winds is not only in its origin. The cave has three levels of passageways, something not found anywhere else in nature. Walking here you can explore the rich geomorphology: outgrowths and formations of lava, cascades and terraces, lava lakes. Most of the labyrinthine fauna lives exclusively in this unique ecosystem.

The natural composition of lava got its unusual name literally because of the winds strolling through the underground tunnels. The presence of several levels provides different pressures and contributes to the formation of strong air currents.

During the tour, it is possible to find oneself in complete darkness. To do this, visitors turn off all the lights for minutes and listen to how the cave lives from inside. 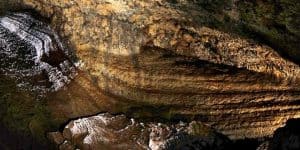 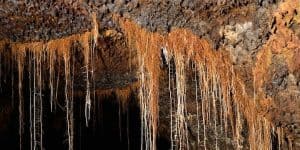 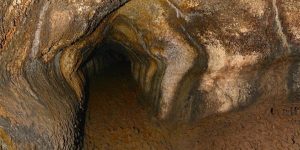 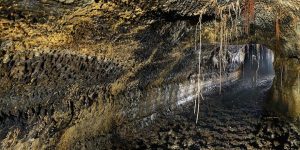 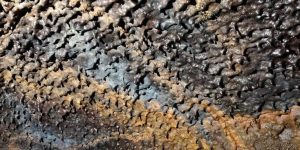 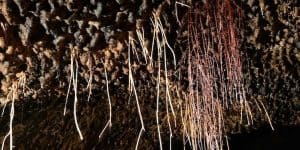 The Cave of the Winds, located in the Icod de los Vinos area, can be reached independently by bus from Los Gigantes or Las Americas, but the way goes through the mountains and will involve transfers.

By car, take the TF-42 from Garachico. You can park near the entrance to the caves or in the town on a parking lot.

Time and Cost of Visiting

The cost of admission is 16 euros for adults and 5 euros for children from 5 to 14 years old.

The visit is collective, in groups of up to 16 people, accompanied by an instructor, three times a day: at 10:00, 12:00 and 14:00 and takes about 2 hours. For the convenience of visitors can choose the most accessible language of the tour. For the safety of guests issued helmets with flashlights, unexplored areas are fenced. It is not recommended to visit the underground labyrinth for people with claustrophobia and problems with knees and ankles, as well as children under 5 years. 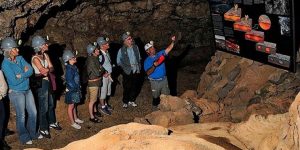 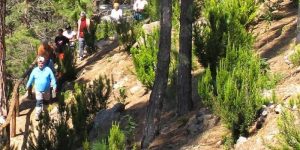 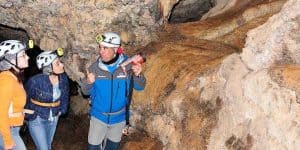 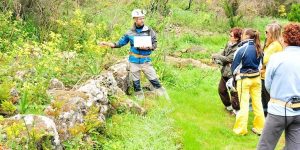 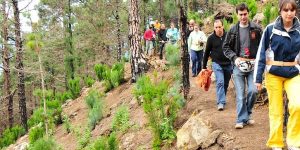 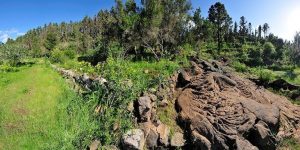 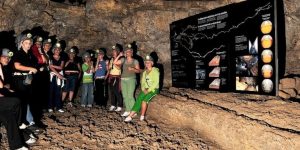 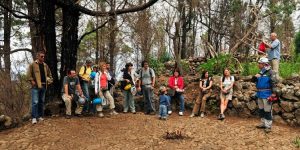 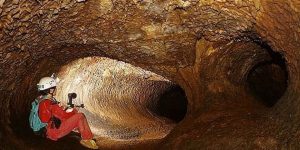 There are some rules for visiting the Wind Cave:

Being inside the tunnel created by the lava, each tourist feels the power and majesty of the natural elements. The system of volcanic labyrinths and passages with its unique internal ecosystem fascinates and beckons true adventurers!

The Cave of the Winds is a unique and the most complex volcanic cave on the planet. It is located south of the town of Icod de los Vinos in the northwestern part of the island of Tenerife in the Canary archipelago. So far, 18 km of the cave have been explored, making it the fifth longest cave of volcanic origin in the world.

Interestingly, the first four such caves are located on the opposite side of the world, on the largest island of Hawaii.

How the Wind Cave was formed

The cave was formed about 27,000 years ago during the eruption of the Pico Viejo volcano, located near the famous volcano Teide.

The processes of creating this type of volcanic tube are characteristic of some basaltic flows, where the maintenance of heat within the flow makes it resistant to solidification. At the end of an eruption, the lava of these tubes continues to circulate until they are empty. Three levels of ducts in which underground galleries have been formed are observed in the Cave of the Winds. The most famous of these are: The English Gallery and the Lower Sordado Gallery.

The name of the cave is related to the air currents that circulate through its many branches.

History of the study of the Cave of the Winds

The local Guanches knew about the Cave of the Winds already 2000 years ago. Proof of this are the mummified remains of burials in the cave cavities. The first descriptions of the cave date back to 1776.

Extensive research began only in 1969. A little later came the first topography of the underground passages, about 6 km long, made by the speleological department of La Guancha of the Montanero de Tenerife group.

In 1973, speleologists from the Shepton Club discovered the passage connecting the third level with the large cavity at the deepest level. At that year, about 10 kilometers of underground tunnels had been surveyed.

In 1989, the cave is already being studied for 14 kilometers.

In 1994 at the end of one of the branches of the cave during the excavations a passage 17 meters deep was found leading to another volcanic tube 2350 meters long.

Cave of the Winds is a ramified system of volcanic caves, passages and grottos. At the moment, explored areas with a total length of about 18 kilometers. But this does not mean that the cave is fully explored. Perhaps, new discoveries and new kilometers of natural underground passages are waiting for us in the future.

READ
Bridge of Sighs in Venice.

Flora and Fauna of the Wind Cave

Research in biology by the University of La Laguna has revealed a great diversity of fauna. There are 190 species in the cave, mostly invertebrate living organisms. 44 of them belong to the troglobites, that is, organisms adapted to life in the underground environment. Among them, 15 were completely new to scientists, such as the eyeless cockroach.

Fossils of extinct vertebrates, such as giant rats and lizards, and other remains of long-extinct species can be found in the caves.

Darkness, high humidity, constant temperature and almost complete silence, are characteristic of the Cave of the Winds. There are no green plants because there is no light. Therefore, plant food is extremely scarce. Sometimes, through the cracks in the vaults of the cave, the roots of plants, water and some living organisms break through. 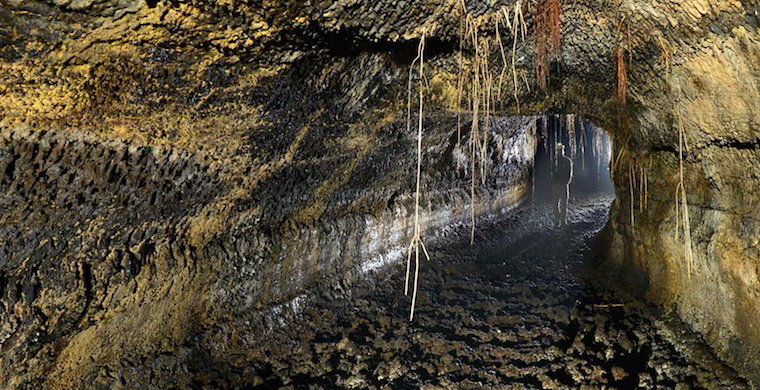 Roots in the Wind Cave

Surviving in such conditions forced cave species to adapt and evolve.

In 1982, the Cave of the Winds was thoroughly studied by a team of biologists from the University of La Laguna. Saprophages (living organisms feeding on dead organic matter) were found. Thirty-seven animal species were found, among which nine troglobites, characteristic of the cave ecosystem (not to be confused with troglodytes). In 1987, several more species were found, reaching a total of 43.

In this type of cave, animals follow the “adapt or die” principle, and truly incredible changes occur, such as bodily metamorphosis or loss of vision. Sometimes the pigmentation disappears or the organs of vision atrophy completely. But other features, such as a particularly light-sensitive skin or a keen sense of smell, develop very strongly. Food is scarce in cave conditions, so most organisms have a very slow metabolism.

Vegetation is very sparse and appears in the form of vascular plants and some ferns, mosses and lichens. Since 1998, the Cave of the Winds has been protected by the government of the Canary Islands. 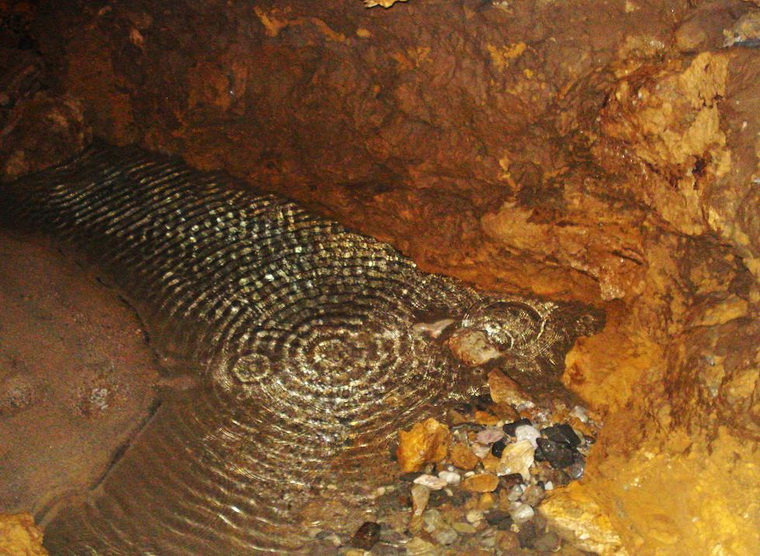 The Cave of the Winds in tourism

The Tenerife Museums Organization leads an introductory tour that tells about one of the largest volcanic tubes in the world, complemented by an explanation of other geological phenomena and interesting aspects of ethnography. The itinerary begins at the Icod de los Vinos Visitor Center, where you can see a number of information modules that serve as an introduction to the tour. Then a short journey in the organization’s vehicle before beginning the walking route.

Information display at the entrance to the Cave of the Winds

The cave has no artificial lighting, so the inside tour is done in a helmet with electric lighting. The caves visited contain numerous lava formations and amazing paintings “drawn” by the lava as it advances and changes in its viscosity. The darkness and silence of the environment absorb the visitor and take him or her to ancient geological phenomena.

The duration of the tour is two hours. 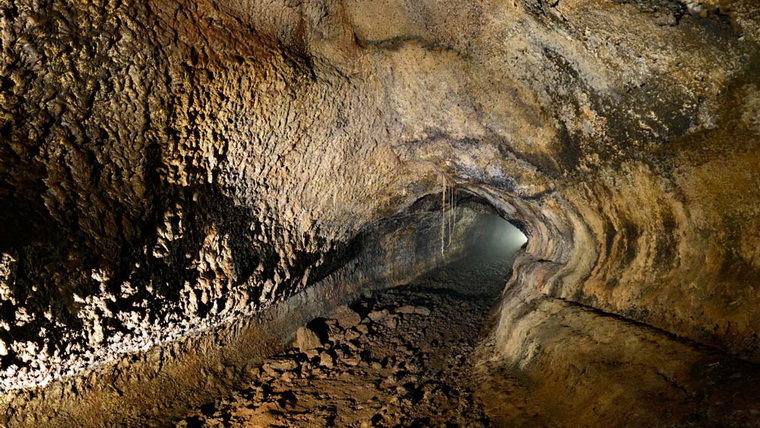 The Visitor Center is open daily in the summer: Monday, Wednesday, Thursday and Friday: 9 a.m. to 7 p.m. Tuesday, Saturday and Sunday: 9 a.m. to 4:30 p.m. Winter (October through March): Every day (except Thursday): until 5 p.m. Thursdays: until 6pm.