Field trip to the Cheburashka Museum 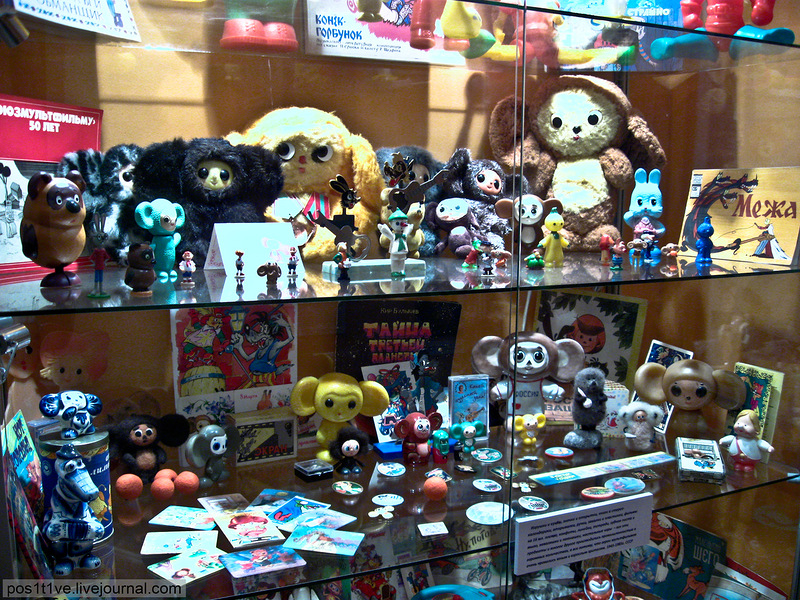 You can book an individual excursion, which will be designed according to your interests.

We are ready to organize a tour with the participation of foreigners. Depending on the itinerary of the excursion we can offer a personal guide who will accompany the participants during the whole tour. Or we can offer you alternative means of getting the tour. If you have any questions please contact the manager

Our tours are accompanied by professional tour guides with years of experience working with groups of schoolchildren. All our buses are licensed to carry passengers, have seat belts and qualified drivers. The cost of organizing tours for students includes: entrance tickets, sightseeing according to the program, escort services, additional bus service. On the questions of organization please contact the manager

The price for the excursion includes

– Transfer to the place of the excursion and back in an insured transport of a certain capacity with adjustable backrests, air conditioning, TV, seat belts

– Entrance tickets to the site

A modern, climate-controlled fleet of vehicles. Experienced and correct drivers. We provide all transport documents on request.

Prompt consultations 24/7 in the main messengers. Quick professional selection of excursions on request. Possibility to order an exclusive tour, created to your order.

Full coverage of the most popular destinations. A large number of unique and rare routes. Creative author’s tour programs.

Excursions are available in 34 languages. All our guides are professionally accredited. We employ only professionals who love and know the city.

We are the leading tour bureau in Moscow. More than five years in the tourist market of the capital. Our services have taken advantage of hundreds of thousands of sightseers.

Can be made in any way – in cash, through online banking, payment systems, the bank account, courier delivery. We provide closing and other financial documents.

The meeting place depends on the wishes of the customers of the tour, it can be a school, an apartment building or organization.

Cheburashka museum is located in the Kozhukhovo district in kindergarten № 2550. In front of the entrance pupils will be met by crocodile Gena and Cheburashka, next to them there is a telephone booth, in which in the cartoon Cheburashka lived. For about fifty years this touching and unknown to science animal, invented by writer Uspensky and cartoonist Kachanov, has been occupying the minds of not only children, but adults as well.

The Cheburashka Museum consists of one room with more than 100 Cheburashka and other characters’ handicrafts for children. The collection includes numerous images of the famous character: toys, postcards, badges, books, dishes, clothes, etc. Almost all of the exhibits can be touched with your hands.

During a tour of this unusual and touching museum, schoolchildren will be told about the legendary cartoon character, the history of his creation, how they came up with his name, and will even be shown the typewriter Eduard Uspensky, on which the tale was created. The students will be explained what claims the censors had to the book, why the release of the book was threatened and why Uspensky’s teacher Zakhoder thought the story of Cheburashka was a rather inexpressive piece of work.

Students will be interested to know the names that the famous hero received in other countries. If in the countries of the former Soviet Union the name most often is not translated, the Germans came up with the name Cheburashka Plumps, the Swedes call him Drütten, and the Finns call him Muxis.

READ
Moscow Lights Museum, description of expositions and how to get there

All this and much more the pupils learn at the excursion in one of the smallest museums of Russia – the Cheburashka Museum.

Cheburashka Museum in Kindergarten 2550 in Moscow

Do you like reading books? Do you want to be aware of literary events? Welcome to the extraordinary continent – THE BOOK CONTINENT, where you will learn many interesting and informative things from the wonderful world of books! 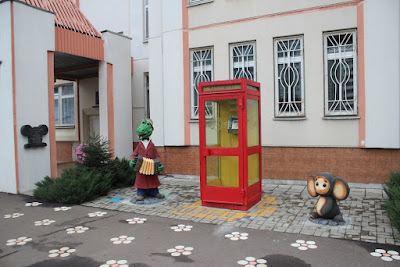 Perhaps one of the most famous and favorite characters that children, parents, and even grandparents know is Cheburashka, the literary character of Eduard Uspensky’s fairy tale “Gena the Crocodile and His Friends.” It’s no coincidence that this kind and so beloved character of children has a museum, located on the premises of kindergarten №2550 in Moscow. Moscow. 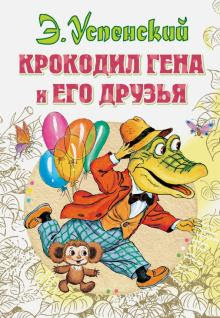 As you know, at the end of the book “Crocodile Gena and His Friends” Cheburashka goes to work in a kindergarten. So the head of the kindergarten decided to “employ” this touching character in her institution. So in 2008, with the help of Eduard Uspensky a museum was opened. The Cheburashka museum is one of the smallest in Moscow. The main character will meet you at the entrance together with his friend crocodile Gena. Here you can also see the telephone booth in which Cheburashka lived. 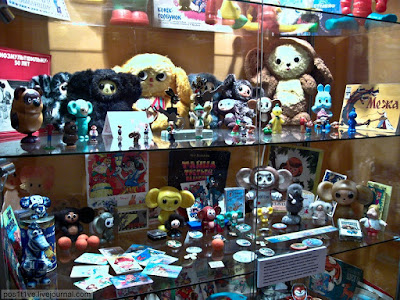 The second part of the museum exhibit consists of a room with many things dedicated to the beloved hero. The collection includes numerous images of the little ears: toys, postcards, badges, books, dishes, clothes, etc. The collection is made up of exhibits provided by fans of Cheburashka.

There are more than 100 Cheburashka and other characters that were drawn, modeled and sewn together, presenting children’s views and interpretations of the character. 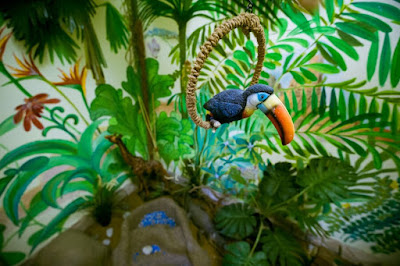 The museum has expositions “The Tropical Forest – Home of Cheburashka” and “Cheburashka’s Apartment” with personal belongings of the writer. 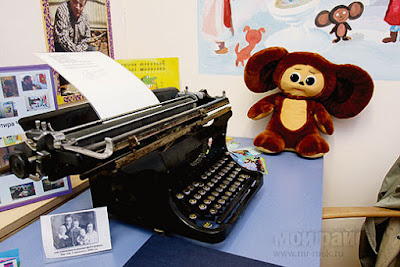 During the tour kids will be told about the legendary hero, the history of his creation, how they came up with his name, and even show the typewriter Eduard Uspensky, which was used to create the tale. 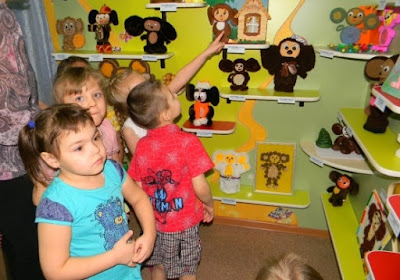 To the delight of all the little visitors, in the museum you can not only hear the stories about Cheburashka and his creator, but also touch and even play with almost all of the exhibits. 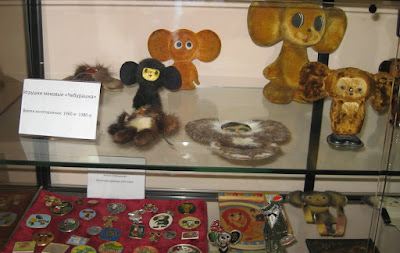 Despite the miniaturization and even some conventionality of this place, the museum is active in creative work – creative workshops, concerts, and exhibitions. 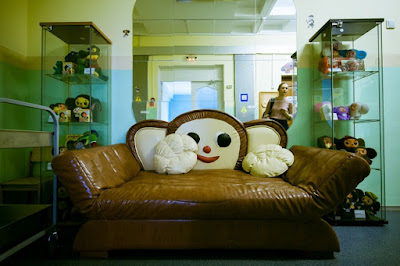 A separate “branch” of the museum can also include a small literary living room, where meetings with children’s writers periodically take place, during which you can learn, for example, why the release of the tale was threatened, and why Uspensky’s teacher Boris Zakhoder considered the story of Cheburashka a rather unimpressive piece of work. 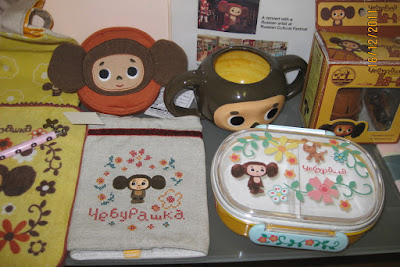 It will be interesting to know the names that the famous hero received in other countries. If in the countries of the former Soviet Union the name is most often not translated, the Germans have come up with the name Cheburashka Plumps, and the Swedes call him Drütten, the Finns – Muksis…