Comoros islands – very beautiful, but seldom visited in the world

The Comoros are located in the Indian Ocean, between Madagascar and Mozambique, the islands are surrounded by coral reefs, the climate there is tropical – humid and hot. Comoros islands are considered the least visited in the world, on these mysterious shores is visited annually no more than 3000 tourists. Travelling here is not exactly easy, but it’s a real adventure! 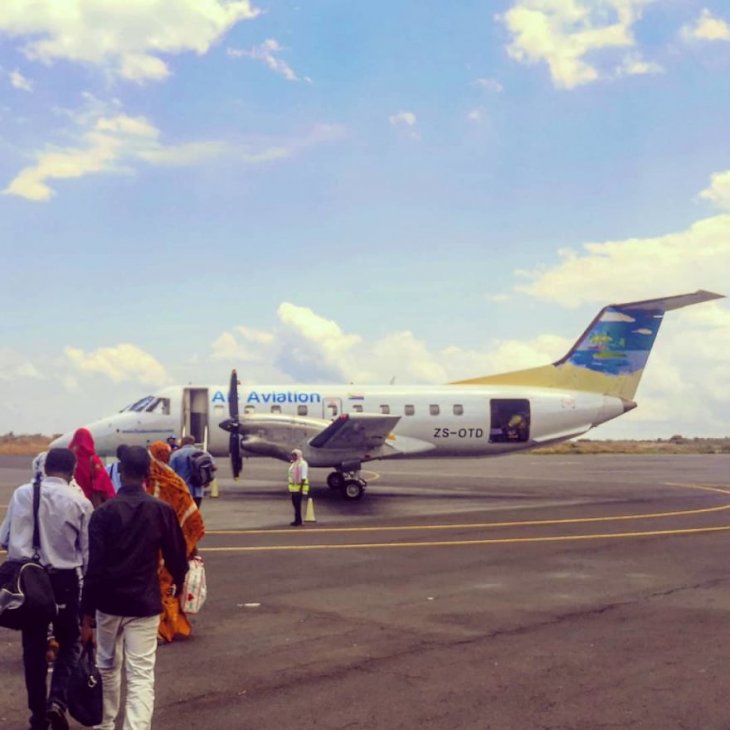 The best way to reach the Comoros is to fly through Kenya or Ethiopia. The international airport is on the “main” island of Grande Comore (Ngazija), where the capital, Moroni, is located. Upon arrival you will immediately notice Mt. Karthala, a massive active volcano that dominates the landscape and last erupted in 2007. Most travelers prefer to go to the next island Moheli (Mwali), the jewel in the crown of the Comoros. Moheli is the smallest island of the three and also the most beautiful – it is lush and green, a true tropical paradise. So we did. 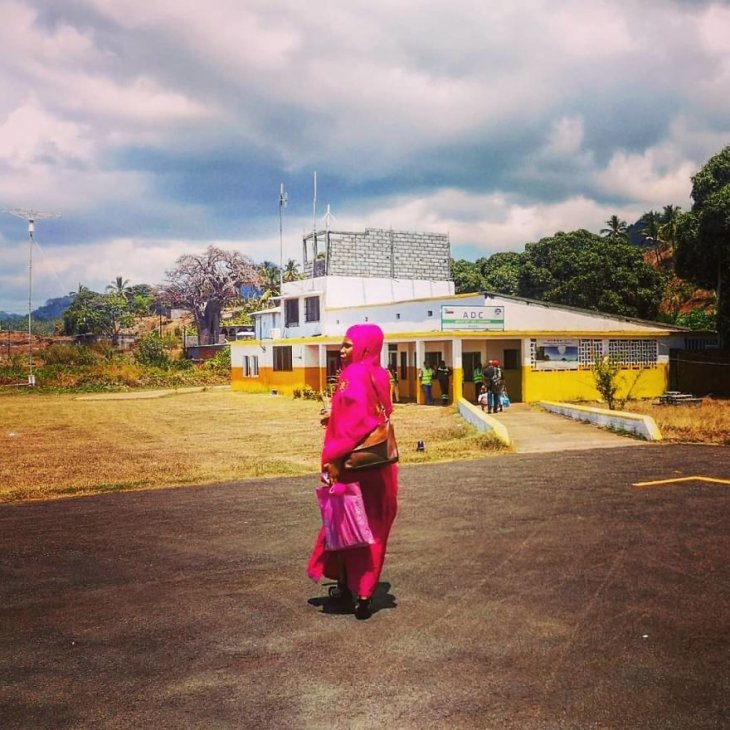 The flight was short and scenic, and we even managed to see humpback whales along the way! Their huge ghostly silhouettes were easily visible from above through the crystal clear waters. Just 20 minutes later we arrived at the tiny airport in Fomboni, the capital of Moheli. 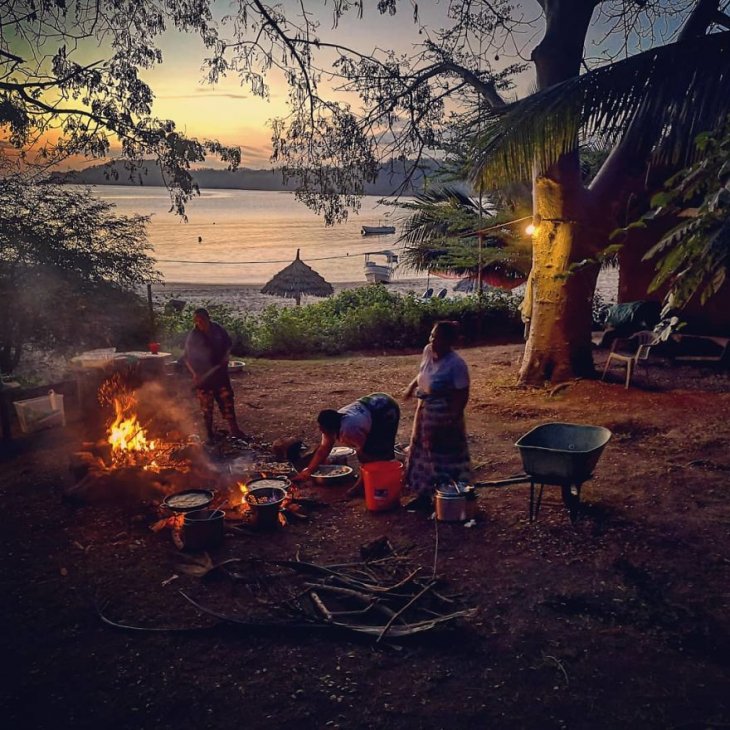 We are picked up by the ever-smiling Abdu, the driver at Laka Lodge. “How long will it take to get there?” – I ask. “Oh, about half an hour,” he says with a chuckle. Two hours later we arrive. This is the first of many “island times” we encounter: life just hums at a different pace. No stress, no worries, just go with the flow.

The lodge itself has the most incredible settings. Located on the edge of the nearby village of Niumachua , it has a gorgeous private beach and a cozy, intimate atmosphere; there are only a few small beachfront bungalows scattered among palm trees, papaya and fragrant ylang ylangs. Local lemurs visit a certain bamboo tree every day at sunset, waiting for visitors to feed it bananas. Giant bats hang lazily from the branches, feeding on whatever fruit they can find, and colorful hummingbirds flutter around, drinking nectar from the thousands of blooming flowers on the ground. It’s pretty sweet! The bungalows themselves are simple but comfortable, and all the energy is generated by solar power. Sustainability is central to everything Laka Lodge does.

Visitor numbers have doubled since 2016, but in 2018 they are only 700, that’s in season, August through October. This is mainly because of the humpback whales that visit the nearby marine park to give birth at this time. When conditions are right, you can swim alongside them and their babies! Unfortunately, we missed the humpbacks during our stay.

We weren’t too disappointed because there are plenty of turtles year round and they can be found everywhere. The Moheli shores are the second largest turtle nesting grounds in the Indian Ocean, and Laka Lodge is happy to arrange tours to go and see the giant creatures laying their eggs. It’s really interesting.

Not far from the shore the reef is a great place for diving. When diving here you can see: tuna and gray sharks, ugly ugly moray eels with their dinosaur-like array of teeth and stingrays. 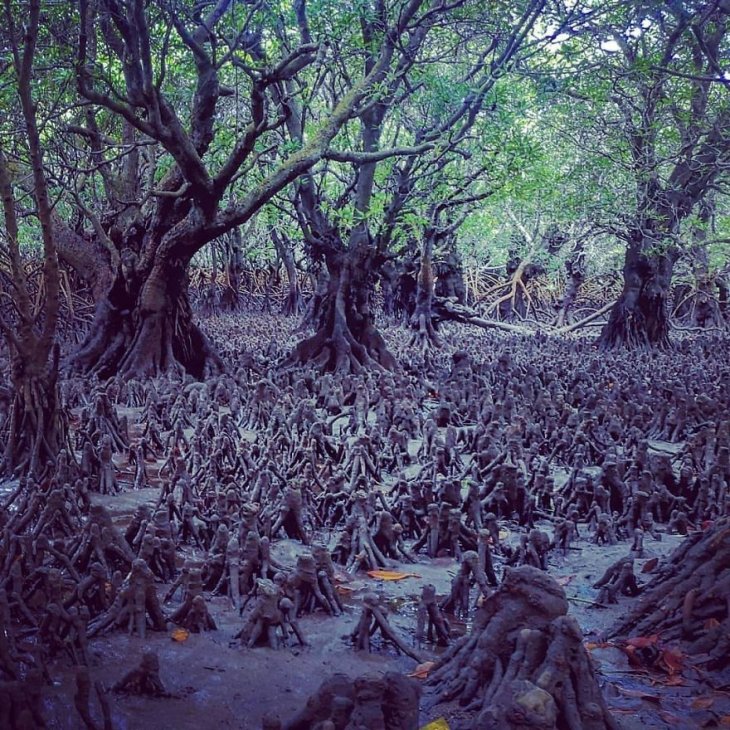 At low tide you can penetrate deep into the mangroves, picking your way carefully through the roots, which look like bony fingers descending into the soft viscous earth. At their edge, on the firmer ground, the ground is riddled with hundreds of small holes.

If you stand still long enough, you can see coconut crabs. They are formidable in appearance, but disappear into their burrows at the slightest approach.

Niumachua is the village next to the lodge. It is small and compact, with only a few thousand inhabitants, and it is the warmest and most welcoming place you can imagine.

Unfortunately, the Comoros as a whole still has serious economic and political difficulties: job shortages, basic services such as electricity often disappear for days at a time, and people complain about the corrupt and useless national government. There are few honest ways to make a living: fishing, farming, or hard work in the mountains picking carnations.

There are many sad and unfair reasons why the Comoros is one of the poorest in the world, but people communicate with genuine warmth and greet each other with smiles and open hearts.

READ
Cape Verde - The Republic of Cape Verde, a state in West Africa

On the western part of the largest island of the Comoros, Ngazija, there are excellent beaches with all kinds of entertainment: cafes, bars, restaurants, casinos.

Buni is the best beach on the island, with exotic wildlife, peace and quiet, which disposes to a romantic vacation. South of Buni is the town of Chaumoni, in a beautiful bay with a white sandy beach and black lava rocks, the contrasting combination of which makes the beach a spectacular and special feature.

Fumbouni is rich with white sand beaches and is considered the best place for diving. Moya – a quiet place where you can take a break from the boons of civilization. Characterized by fantastic beaches, which are associated with a “tropical paradise,” has ideal conditions for snorkeling thanks to the reefs.

Climate of Comoros:: Tropical maritime. Rainy season (November to May).

Comoros, can provide tourists with many options for a comfortable and cozy accommodation. You can rent a room in hotels of different “star”, as well as inexpensive bungalows. Prices for hotels in Comoros depend on the number of “stars” and the season. During low season, many hotels reduce the cost of living, because a lot of rain does not dispose to beach vacation and tourists are not in a hurry to come to the Comoros. Visiting the island of Anjouan island state, you can stay in hotels: “Al Amal”, “La Paillotte” or “Moya Plage Bungalows”. Coming to the island of Moheli, a good choice would be the hotel “Les Abou”, “Relais de Singani” and “Moheli Laka Lodge”.

The topography of the Comoros: Volcanic Islands, the terrain ranges from steep mountains to low hills.

The main attraction of the Comoros is pristine wildlife, warm sea with a rich water world and clean sandy beaches. But in addition to a pleasant beach holiday, the island state can offer tourists to visit the Old Friday Mosque, which is located in the state capital – Moroni.

This attraction, a popular place among tourists and is located on the shores of the harbor. The mosque was built presumably in 1472 and since then, for five centuries, services have been held there. The temple is made of coral limestone of white color. In keeping with traditional Arabic architecture, the Old Friday Mosque has arched two-tiered galleries, a carved perimeter roof and a square minaret topped with a green crescent-shaped dome.

When you come on a tourist trip to the Comoros, it is a must to visit its capital, Moroni. It is a bustling young city with many cafes and restaurants, a bazaar, a variety of stores, which will be interesting to visit for shopping lovers. The city is bustling with life at all hours of the day and night. Tired of the bustle of the city, you can find solitude on one of the remote beaches of the island, enjoying the smell of cinnamon, vanilla, ylang-ylang, aromas which fill the air. Diving lovers come to the country, because waters that washed the island have a lot of water inhabitants. Diving it is possible to see the exotic tselakanth fish, sailfish, sunfish, stingrays and other sea inhabitants.

Whether visiting the Comoros, traveling through the country or just having a quiet beach holiday, tourists are interested in the National Museum of the Comoros. The museum is located in the picturesque capital of the state, the city of Moroni.

The National Museum allows its guests to get acquainted with the history of the Comoros State and the people living there. The museum exposition is represented by exhibits of both ancient and modern times and allows to plunge into everyday life and traditions of different epochs, to understand the way of life of bygone times.

It is also worth seeing ancient books and writings, myths and legends, by which you can better learn the history of the country, collected in the National Library. This collection of books is freely accessible by visiting the library of the city.

The island state of the Comoros, has four airports on the territory of the country. Two of them are located on the main island, one international, located in the state capital, Moroni. Between the islands of Ngazij, Anjouan and Moheli, it is possible to travel by local airline. There is no public transport on the islands of Comoros. To move around the islands, you can rent a car or take a cab. It is worth noting that the country has water transport that connects the islands, but it is rather inconvenient and rare, and it is not always safe to use because of the condition of the ships. Large ships run between Moroni and Fomboni several times a week. Boats, more mobile, and connect the main island to Moheli, and a shuttle ferry connects the capital to the island of Anjouan.

The Union of the Comoros, one of the poorest Arab countries in the world. Life expectancy in the country does not exceed 60 years. In the state there is a low level of development, both of health and education. In the country, a compulsory secondary education, nine grades, was recently introduced. The Comoros has no higher educational institutions. The main branch of economy, in which a large part of it is engaged, is agriculture, both for internal needs of the country and for export. Livestock breeding is sufficiently developed, as well as fishing. Comoro Islands export vanilla, ylang-ylang, cloves for the perfumery industry. They also export coffee, essences, copra (dried coconut pulp).

The capital of the state is the city of Moroni, located on the largest island, Ngazija (Grande-Comore). The main city of the republic has about fifty thousand inhabitants.

The second most populous is Mutsamudu, the largest city of the island of Anjouan.

Fomboni is the third largest city of the country, the center of the island of Mohéli.