Copper Canyon is located in Mexico, state of Chihuahua on the Tarahumara Peak, and is a chain of six enormous canyons. Each canyon is much larger than the Grand Canyon, the total area is about 65,000 km². The depth of the canyons is astonishing, from the shallowest of 1000 m to the deepest of 1870 m. By comparison, the average depth of the Grand Canyon is only about 1200 m.

Deep, dangerous canyons in the middle of the hot desert and connected to each other by six scenic rivers make a truly powerful impression on anyone who finds themselves here. Through Copper Canyon runs the railroad from northern Chihuahua to Los Mochis, California. During the journey, the train makes scheduled stops to tour the area.

The canyon owes its name to slopes overgrown with greenish moss. By mistake, the Spaniards mistook the moss for copper. By the way, in Russian the name of this place is often translated as Cooper Canyon or Cooper Canyon (from the English word for copper).

On the slopes of Copper Canyon, in small caves and hand-built huts live about 60 thousand Indians. Their modernity resembles the life of their ancient ancestors – subsistence farming, growing vegetables, wearing traditional clothing, and performing ritual dances. Messengers are sent to communicate with other tribes. Tourists are attracted by souvenirs and household items made by Indians: baskets, dolls in national costumes, pottery, musical instruments. Here you can fully immerse yourself in ancient Indian traditions, living in a camp among these Indians, taking part in their ritual dances and hunting.

The canyon that gave its name to the whole chain is located between Urique and Creel, in the heart of the National Park of Barranca del Cobre Natural. It is 1,300 meters deep and takes its name from the old mines where metal was mined. From the mirador (observation deck) of Mogótabo, you can admire stunning views of the cliffs and the beauty of the forest of many pines and oaks.

Sinforosa Canyon is located in the southeastern part of the national park, 16 km from the town of Guachochi. It is about 120 km long and has a stunning view from the observation deck of Cumbres de Sinforosa. At its deepest point is the mirador Cumbres de Guérachi, at 1830 meters.

Urique Caño is located in the central part of the national park, near El Divisadero. It is considered the deepest canyon of the complex, with a maximum depth of 1879 m. To get there, you must arrange for transportation from Creel. This canyon is rich in its wildlife, such as eagles, woodpeckers, deer, raccoon and otter.

Batopilas Canyon is located in the southern part of the national park, between the towns of Creel and Guachochi. It is a canyon, up to 1800 m deep, with a viewing platform de La Bufa, where you can see breathtaking scenery.

Chinipas Canyon is located in the southwestern part of the nature park, next to Urique Canyon. You can get there by dirt road from the railway station Temoris. At a depth of 1600 m, the Chinipas River flows, which is part of the Rio Fuerte basin. Here is the Chinipas settlement, the oldest missionary settlement in the Sierra Tarahumara, founded in 1626.

Otero Canyon is located in the northern part of the natural park, between the towns of Uruachi and Maguarichi. From Maguarichi, there is a road to the hot thermal springs.

Kandamenya Canyon is located in the northwestern part of the nature park. Here is the Basaseachi waterfall, 246 meters high, which is considered the highest in Mexico, the fifth highest in the Americas and the 21st highest in the world. From the observation deck of La Ventana, there is a magnificent view of the waterfall.

It is noteworthy that at the top of the canyon and at its bottom there is always a difference in temperature. This is due to the large differences in elevation, reaching 1.5 kilometers. In winter, for example, the slopes are always covered with snow, and at the bottom of it grow subtropical forests. It is because of its climate that the area near the canyon is considered the most biologically active in Mexico. It is home to one-third of the country’s mammals: the cougar, the black bear, and the Mexican wolf. Copper Canyon is home to a huge number of birds and home to over three thousand plant species.

You can stay overnight in the town of Creel, located near all the main attractions of the canyon. You can find numerous hotels in Creel where you can book rooms in advance. The hotels offer tours with professional guides.

The trip to Copper Canyon is a real journey. You can get here only on a comfortable train El Chepe from Mexico City by train 655 kilometers long. The way the train passes through 35 bridges and 80 tunnels. Throughout the ride you can admire the gorgeous scenery: Green mountains, rivers, waterfalls, and scenic bridges.

The Copper Canyon (Spanish: Barranca del Cobre) is a canyon chain in the Sierra Taraumara region of southwestern Chihuahua, Mexico. 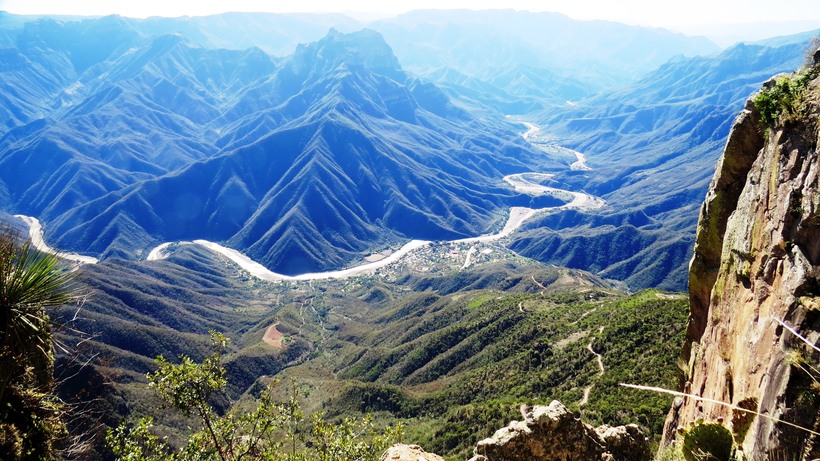 This canyon chain is larger and deeper than the Grand Canyon in the neighboring United States, even though the Grand Canyon as a whole is larger than any of the Copper Canyons individually. Although it could be a national park in Mexico, the canyons have no such official status to date, as it has been hindered by disagreements between loggers and local residents of Raramuri. It is one of the most remote places in Mexico because of its location in the Tarahumara mountain range. The views from here are incredible.

The area is rich in flora and fauna, cultural history, and a growing tourist infrastructure. The town of Creel is probably the most popular entry point into the Canyons. But the town of Hidalgo de Paral south of Chihuahua is a good alternative, and it is useful for exploring Sinforos Canyon. In the canyons lie the towns of Batopilas and Urique. Life in these cities moves more slowly and it is hard to imagine that you are in the same country as Mexico City, Acapulco, Cancun and other places that attract crowds of tourists. The stores and restaurants are simple, opening late and closing early, but that doesn’t take away from their charm. And the small canyon towns are great places to stop and relax. There are historic Catholic churches run by Jesuit missionaries from other parts of the Latin world. But the real attraction of the Canyons is the natural splendor of the area. Hotels in the cities of Copper Canyon can be booked on booking, and you can compare prices from different sites here. If you want to rent accommodations from private individuals – you can look at the offers here. 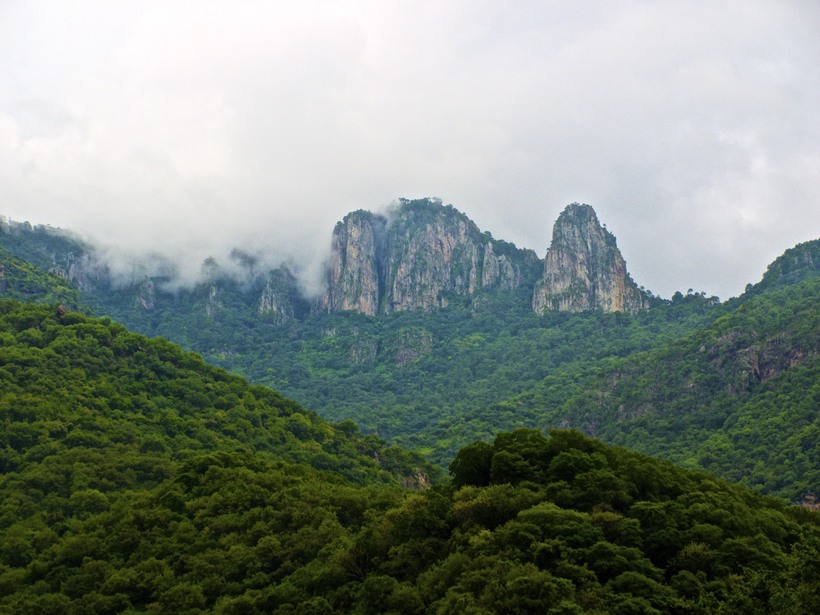 Numerous waterfalls and hot springs are hidden from civilization. You will reach them on foot, on horseback, with a guide or on donkeys. An overnight stay under the starry sky on countless sandy islands is wonderful. The regions have enough travelers and tourists, but they are not overcrowded. Rather, the smaller towns keep the right balance: there are enough visitors, so you can meet like-minded people and go on expeditions together.

Although many places for entertainment are available to visit, most tourists go to Divisadero. This town has two train stops, Divisadero and Posada. 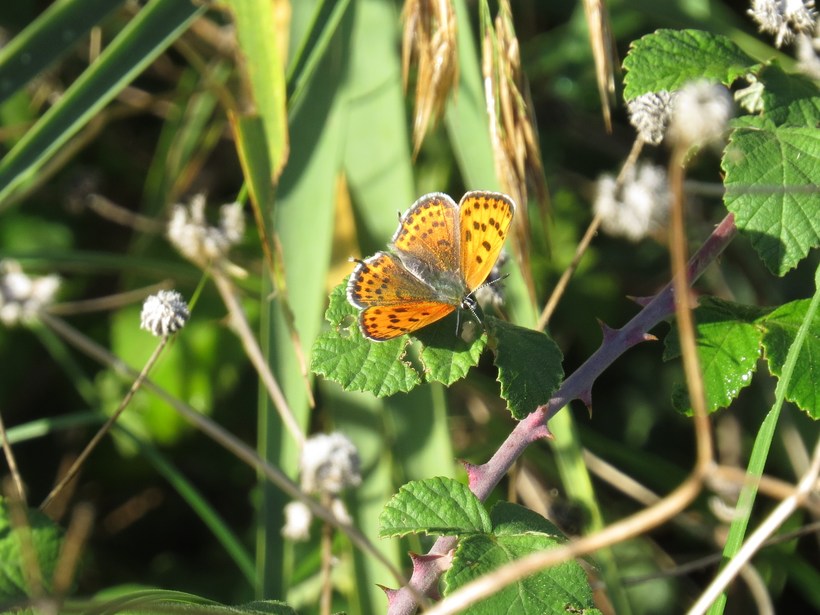 There has been very little scientific research on flora since the late 1800s, in the early 1900s, and until recently. A visitor to Copper Canyon in 2004 saw many beautiful flowers, but found that no guidebook for Copper Canyon described them and decided to write about them. Three trips were made to research them, she also found a botanist who identified the plants, and a professor from the University of Chihuahua translated the text into Spanish, so the guide is bilingual.

In July 2009, the first-ever Field Guide to Wildflowers from the Copper Canyon region of Mexico, written by Linda J. Ford, was published. She has created a very handy guide, so when a casual visitor makes a trip to the canyon in September and October when the wildflowers are in bloom, he or she will be able to find more than 140 different species of wildflowers.

The closest airport to Copper Canyon is in the city of Chihuahua (CUU). Flights can be picked up here, for example.

The Chihuahua al Pacífico Railroad, known as El Chepe, is a rail line running from the Pacific Coast in Los Mochis to Chihuahua City, passing through the canyon region. The train is famed for passing through some of the most spectacular scenery in the world: it passes through magnificent places between El Fuerte and Creel, especially between El Fuerte and Bajucivo, where the train rises rapidly at many thousands of feet. The route from Los Mochis heads east and is more scenic because trains often pass through the most scenic areas in the west after dark. In winter, it is more problematic to see the beauty from the windows because of the short days or if the 2nd class train is running behind schedule. Despite this, neither direction offers a direct view of the canyon itself. First and second class cars travel on the same train, with some stations reserved for 2nd class passengers only. First class is mostly traveled by foreign tourists and costs twice as much as 2nd class. First class tickets must be purchased in advance through a travel agent to avoid disappointment, while 2nd class tickets can be purchased on the train from the conductor.

Copper Canyon is well served by bus service. Buses from Transportes Turísticos Noroeste travel from Chihuahua to Disaverdo, stopping in Creel and other smaller towns such as Cuauhtemoc and San Juanito. If you have your own car, driving on Mexican toll roads is easy, and corruption seems to be a minor problem in Chihuahua outside of the Juarez area. The road from Copper Canyon to Divisadero goes through Cuauhtémoc, San Juanito, Creel and other small towns.

The most comfortable time to travel is from early spring to early summer and late summer to late fall.

Because of the difference in elevation of more than 8,000 feet, there are four very different climate zones with a wide variety of vegetation on the high plateau and canyon at 1,800 feet at the bottom of the canyon.

Madrean coniferous forests with spruce, pine, Douglas fir and Madroño redwoods grow in the highlands. Pine-oak forests with pine, live oak, and agave are found on the descent from the elevation. Below comes an arid tropical deciduous forest with large-fruited oak, mesquite tree, and Spanish artichoke. The last zone is at the bottom of the canyons, in tropical-subtropical coastal forests: figs, sycamores, grasses, reeds, and palms grow there.

During the winter months, temperatures can drop below freezing at the edge of the canyon, while down in the canyon the climate is subtropical. During the summer, it often rains during the day. These rains, streams and waterfalls bring vegetation, including wildflowers, to life in late August, September and early October. In addition to the variety of wildflowers, temperatures in the fall are more moderate on the fringes, just as they are in the canyon at this time of year.