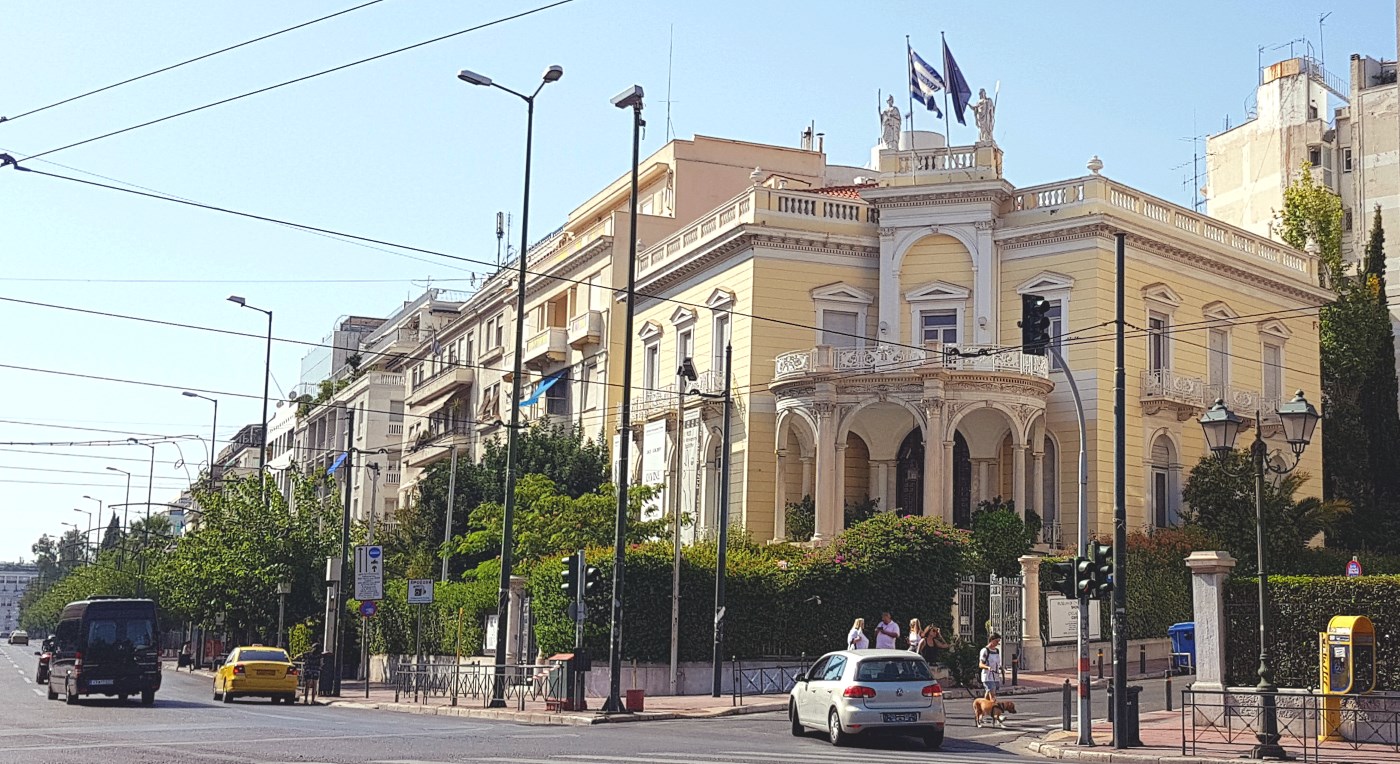 The Goulandris family is known in Greece not only as a distinguished and wealthy family but also as the family that founded the Nicolas P. Goulandris Museum of Cycladic Art. The museum, located in Athens, focuses on the ancient culture of Cyprus and the Aegean Sea with a special emphasis on Cycladic art from the 3rd millennium BC.

After receiving permission from Greece to collect archaeological objects, Nicholas Goulandris, with his wife Dolly, began searching and collecting these objects in the 1960s. The rare artifacts they found in the Cyclades (an archipelago in the southern Aegean Sea) are represented by marble figurines and ceramic vessels, which interested scientists. Christos Dumas is a scientist who researched them in 1968.

The first museum to display the Gulandris finds was the Benaki Museum, which exhibited them in 1978.

The Gulandris collection has been exhibited around the world in major galleries and museums. Topping the list are the National Gallery in Washington, DC (exhibited in 1979), the Museum of Western Art in Tokyo (in 1980), the Houston Museum of Fine Arts (in 1981), the Royal Museum of Fine Arts in Brussels (in 1982), the British Museum in London (in 1983).

Nicolas Goulandris died in 1986, after which his wife Dolly gave the entire collection to Greece. Thus, in 1986, the Museum of Cycladic Art was born. It is located in the house of Goulandris, in the center of Athens, which was built in 1985.

The collection of the museum was growing and so in 1991 it was decided to build a new wing for the exhibits. Today part of the collection is housed in the Statatos Estate in Athens.

Cycladic Museum is open every day except Tuesday.

The last visitors can enter the museum 15 minutes before closing time.

The museum offers a 50% discount to students and senior citizens (over 65 years old).

There is a cozy cafe on the territory of the Museum of Cycladic Art, you don’t need to buy a ticket to visit it. The opening hours of the cafe correspond to those of the museum. The cafe has free WiFi

The Cycladic Museum is located in the center of Athens, a 10 minute walk from the main square ΣΥΝΤΤΑΓΜΑΤΟΣ (Syntagma), or Constitution Square.

The best way to get to the Museum of Cycladic Art is from the metro station ΣΣΤ.ΕΥΑΓΓΕΛΙΣΜΟΥ (Russian Evangelismos). Travel time is 7 minutes, the length of the route is 500 m.

The Museum of Cycladic Art can also be reached on foot from the metro station ΣΤ.ΣΥΝΤΑΓΜΑΤΟΣ (English Syntagma, Russian Syntagma). Walking time is 10 minutes, and the route is 700 meters long.

Buses run at 7-10 minute intervals. You can see the bus schedule for Athens on http://www.zee.gr/.

Of course you can also get to the Cyclades Museum by rented car or cab, but you must take into account that the museum does not have its own parking lot and there are no public parking lots in central Athens. The free ones are always busy, the paid ones cost 6 euros per hour. 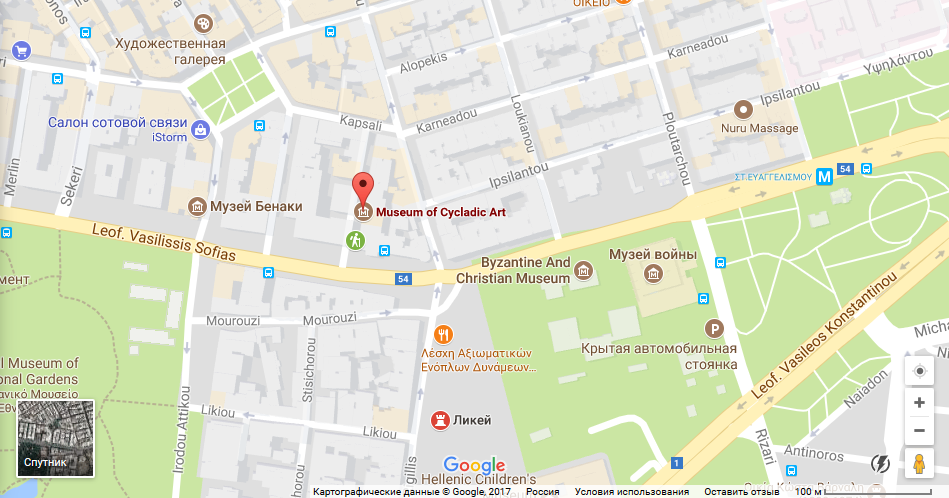 The Museum of Cycladic Art is located in two buildings, which are located next to each other and are connected by a corridor with a glass roof. The main building, built in 1985 by architect Ioannis Vikelas, houses the permanent exhibition of the museum. The Statatos Manor, a neoclassical building built by architect Ernst Ziller in 1895, is a later addition to the museum and usually contains temporary exhibitions. Although the museum takes its name from the famous Cycladic collection, the visitor will be pleasantly surprised by other collections, such as the beautifully presented information on various artistic techniques, daily life and customs of the ancient Greeks. 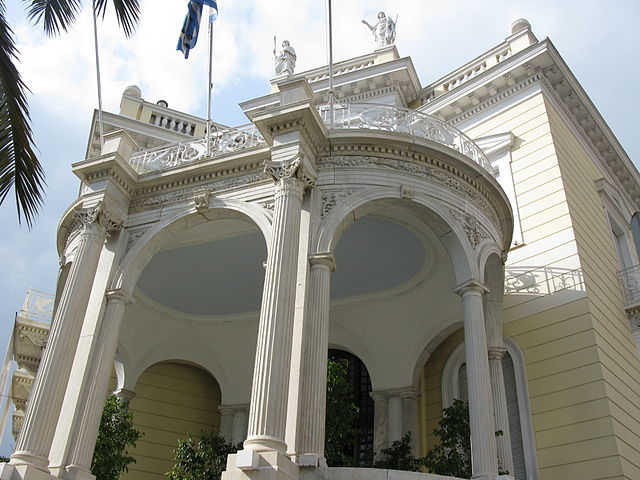 The first floor of the museum houses the Cycladic collection. Cycladic civilization developed mainly in the Cycladic Islands between 3200-2100 BC. During this period, metal (bronze) was first used to make tools. The collection contains artifacts from three different periods of the Cycladic civilization. The visitor will be able to see tools, vases made of clay and stone, and most importantly, statuettes from these periods. The more or less abstract marble Cycladic statuettes became famous because they inspired many contemporary artists (Picasso, for example). There are several early and late examples of statuettes in the collection that are really sketchy and abstract. The more figurative ones belong to the middle period, the time of the peak of civilization. One statuette that will definitely catch the visitor’s attention is the one that stands and raises her cup to make a toast. Besides, the large statuettes are really impressive. 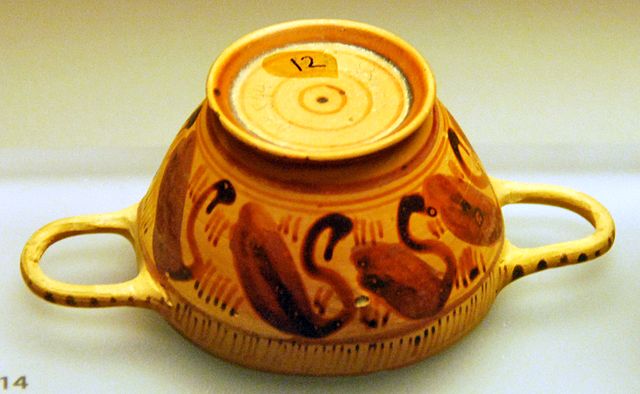 On the third floor is a collection of Cypriot art, covering the period from prehistoric times to the Roman Empire. The collection includes samples of vases, coins, glassware and jewelry. All of these artifacts are very similar to Greek artifacts from the same period, indicating that Greek and Cypriot cultures developed together. 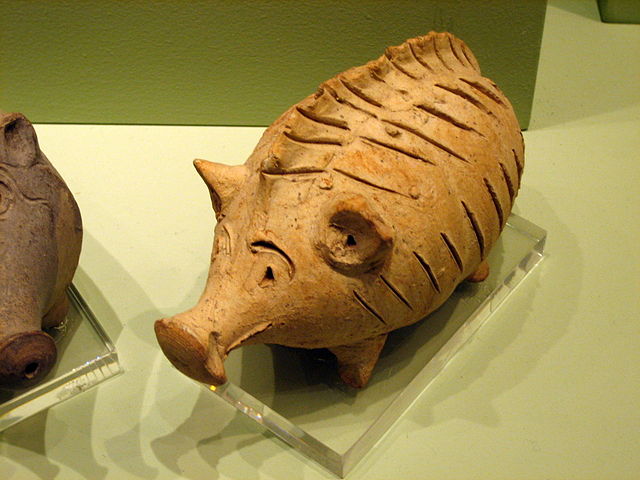 The fourth floor is devoted to the daily life of the ancient Greeks. Here the exhibits are complemented by photographs, diagrams and videos that explain how they were used. There are several stands devoted to the various events that made up the life of the common man of the time. In addition, videos on the same subject are projected on the back wall of the hall. The visitor has a unique chance to see the rituals depicted by the actors. Each video is combined with ancient text and images of sculptures and vase ornaments that provided archaeologists with the right information about Greek life and customs. 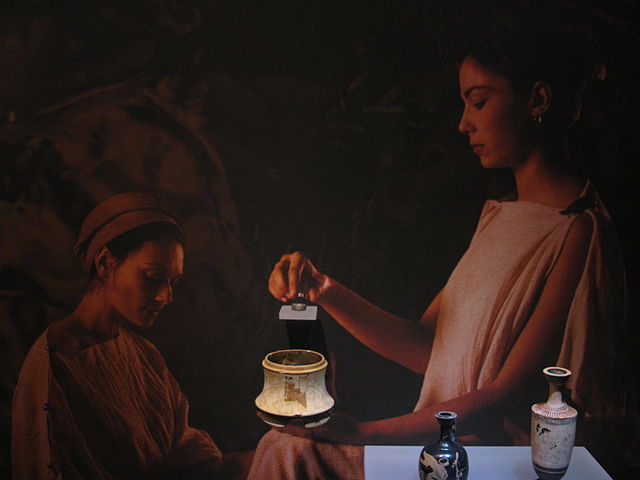 Installations on the following themes are presented: 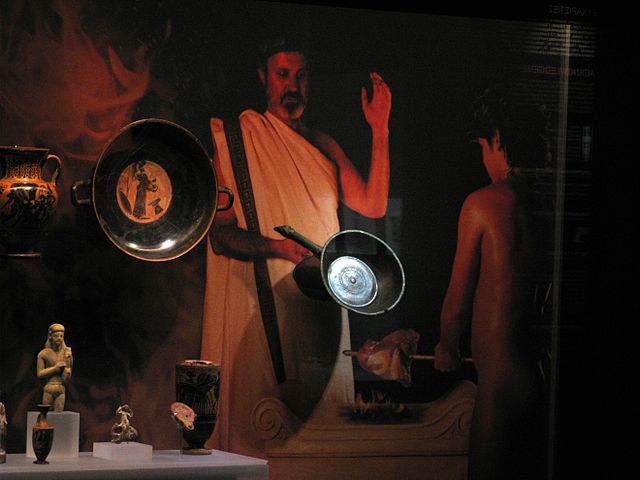 Another section presents traditions and rituals related to death:

The Cycladic Art Museum has two unquestionable pluses: an impressive collection of works of art and a high informative and educational value. Rather than simply presenting artifacts of an ancient civilization, the goal of the museum is to offer visitors information in a fun and easy-to-understand way. In this way, the objects presented take on new meaning and value in the eyes of the visitor.