De Haar Castle, the largest landmark in the Netherlands, is rightly considered a significant achievement of the masters of the Middle Ages.

At the end of the 19th century, extensive reconstruction work was carried out on the building, as a result of which the castle took on neo-Gothic features. The chapel and the park, situated nearby, form a single architectural ensemble.

Few facts about the history of De Haar Castle

We find records about the castle in the documents dated late 14th century. Originally there was only one tower surrounded by fortifications and a moat with water. Near this territory, which at that time belonged to the Van Vianen family, there was a tributary of the Rhine River. Gradually other buildings appeared around the tower, designed to protect people from attacks by enemies, or set aside for housing and household premises. The next owners, after whom the castle was named, were the De Haar family. After 50 years, the land went into the possession of the Van Zeylen family, whose representatives are considered the rightful owners to this day.

Extensive reconstruction was carried out in the 19th century, after it has long lived here no one.

Like any other historical landmark in Europe, the fortress has been repeatedly subjected to restoration due to destruction. It’s not hard to imagine how much damage the building suffered due to the tornado that happened in the 70s of the 17th century. Power struggles, uprisings and civil wars also caused restoration work.

The rightful heir Etienne Van Zeulen, after his fortunate marriage to the Countess of Rothschild, made a fortune, which allowed him to rebuild the family castle. For this purpose, he invited the famous architect Peter Capers, who did an excellent job. The master along with his son Joseph completed the project for 20 years. By the way, in one of the statues, and now located on the first floor, he was able to convey to posterity his own image. Although the couple did not intend to make the fortress their family nest, the scale of the restoration work was impressive. The premises were equipped with all the innovations available at that time in European countries. A steam heating system was designed and installed, and a generator was used to provide the castle with electricity.

The kitchen deserves special attention, the walls of which are decorated with a custom-made tile with the drawing of the family coat of arms. Judging by the rich collection of tableware you can imagine how great the festive meals were. On a huge stove you could quickly prepare delicious dishes for the reception, which the owners held every year in September. By the way, this tradition lasted for quite a long time. The descendants of the noble family, their guests and attendants lived within the walls of the fortress in the early autumn.

This custom ceased only about 16 years ago due to the fact that all the buildings and the surrounding area, along with the nearby village, were taken over by the Natural Monuments Conservation Association. Furniture, paintings, tapestries and other antiquities (their total value, according to independent experts, amounts to about 10 million dollars) remained in the possession of the family of the last owner. After his death, with the support of many organizations of world renown, a foundation was created in order to preserve the rich collection in one place – the castle de Haar. The Van Zeylen daughters now own only the chalet located within the chateau complex.

The neo-Gothic interior is impressively luxurious. Most of the wood sculptures and decorations are either the work of architect Capers and his team, or were produced in the Roermond workshops. The furnishings of the central dining room are Catholic, thanks to the high window openings, mosaics, and other elements. The dining room furniture complements the overall atmosphere.

Special attention was paid to symbolism in the finishes. Coats of arms and signs of the families who have ruled the castle at different times, as well as their family mottos, can be seen on the elements of room decor. Some elements such as the Star of David in the Knights’ Hall and the hand with the five arrows remind us that Countess Rothschild was of Jewish origin. Many visitors these days are drawn to see in person antique ceramics by Chinese and Japanese masters, tapestries dating from the 16th and 17th centuries, and paintings on religious themes.

After a tour of the castle, you can stroll through the cozy park, created using the laws of classical English and French zoning styles. During World War II, vegetables were grown on its grounds and trees were used to heat stoves. After some time, it was restored to incorporate elements of the original design. Nowadays, small ponds, bridges, groups of trees, in the shade of which it would be nice to relax in hot weather, and a garden of flowers set the mood for romance. No wonder that it is in the vicinity of this castle every year holds a fantasy festival, where fairies and elves come to life and the ladies watch the jousting.

The Castle de Haar is located in the Netherlands near Urecht Kasteellaan 1, 3455 RR Utrecht, Netherlands +31 30 677 8515 kasteeldehaar.nl 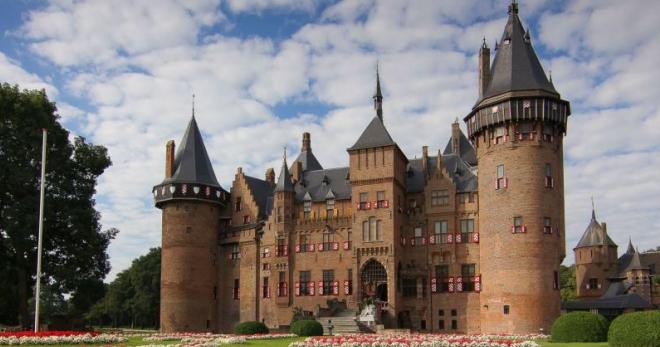 Few castles in the Netherlands can match De Haar in the perfect image of a medieval fortress with towers, ramparts, moats, gates and drawbridges. Like a true fairy tale castle, it towers majestically over a parkland of impressive trees, old gardens and ponds.

In this castle, behind every door, every detail and even the flower in its vibrant gardens is a story, stories of old times, different cultures and interesting characters. The De Haar Castle in Utrecht, the Netherlands, as it stands today, is the result of a marriage between two families, an old Dutch noble family and a secular one newly founded in Europe. He, Etienne Gustave Frederic Baron van Zuijlen van Nijvelt van de Haar, inherits a castle and estate that cannot be repaired. She, Hélène de Rothschild, whose last name speaks for itself and is sorely lacking in prestige. The two have different religious denominations, their union disapproved by neither side, but, as it happens, this marriage of love has turned out to be a happy one.

The first mention of the medieval castle De Haar dates back to 1391. At that time it was in the possession of a member of the Van der Haar family who, as a servant of the Prince Bishop of Utrecht, had enough prestige to build a fortified house for himself and his family. In the fifteenth century, through the marriage of Josina van de Haar to Dirk van Zuylen, the castle was given to the van Zuylen family. By the time Baron Etienne van Zuylen van Nijdewelt inherited the place in the late 19th century, the castle was a ruin that had been abandoned for centuries. After the wedding, the newlyweds decided to restore the family castle. 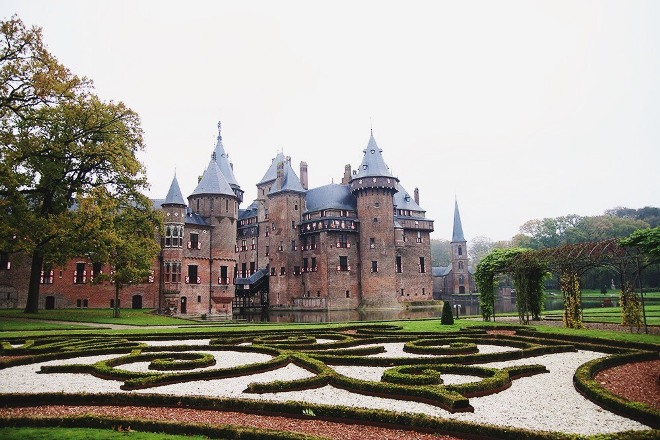 The rebirth of the castle De Haar

Commissioned by Baron Etienne van Zuijlen van Nijewelt, the famous Dutch architect Pierre Kuijpers built a new castle from 1892 to 1912, which was a unique project for all of Europe at the time. Kuipers’ magnificent design included not only the architecture of the castle, but also the interiors, the gardens, the chapel, and even the village of Haarzuilens. The architect succeeded in creating a unique, special world: a charming oasis of harmony and beauty.

The task was complicated by the fact that the baron and baroness wanted, on the one hand, to convey as accurately as possible the picture of the ancient castle, and on the other hand, to impress family and friends by equipping it with all kinds of modern comforts. Hot and cold water, central heating, electricity, a Turkish bath, a state-of-the-art kitchen and a passenger elevator were embodied in this extravagant (for late 19th century Netherlands) project. 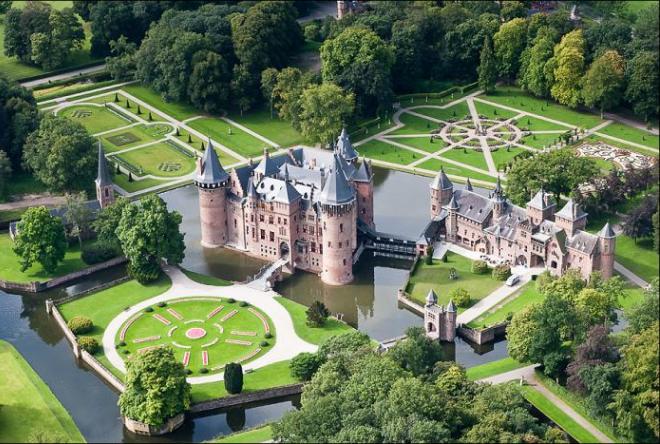 Tours of the castle and its surroundings are available daily all year round, except September. For more than a century, the Van Zuijlen van Nieuwelt van de Haar family has had a tradition of spending one month a year at the castle, inviting distinguished guests from various countries to sumptuous house parties. Notable guests have included Coco Chanel, Maria Callas, Gregory Peck, Roger Moore, Yves Saint Laurent, Joan Collins and Brigitte Bardot.

The park and gardens surrounding De Haar Castle deserve a special visit. The Rose and Roman Gardens, ponds and canals, as well as numerous bridges, romantic views and impressive avenues invite visitors for long walks or picnics. Each season in the park has its own charm. 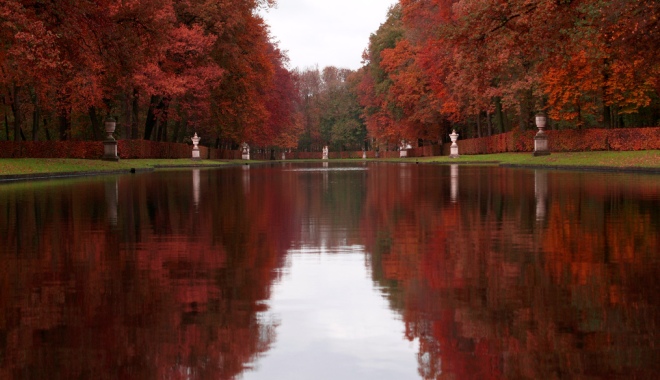 How to get to De Haar Castle from Utrecht?

De Haar Castle in the Netherlands is about 30 minutes from Amsterdam and Utrecht. Buses go from Utrecht Central Station 4 times an hour to Vleuten Station, where you should change trains: