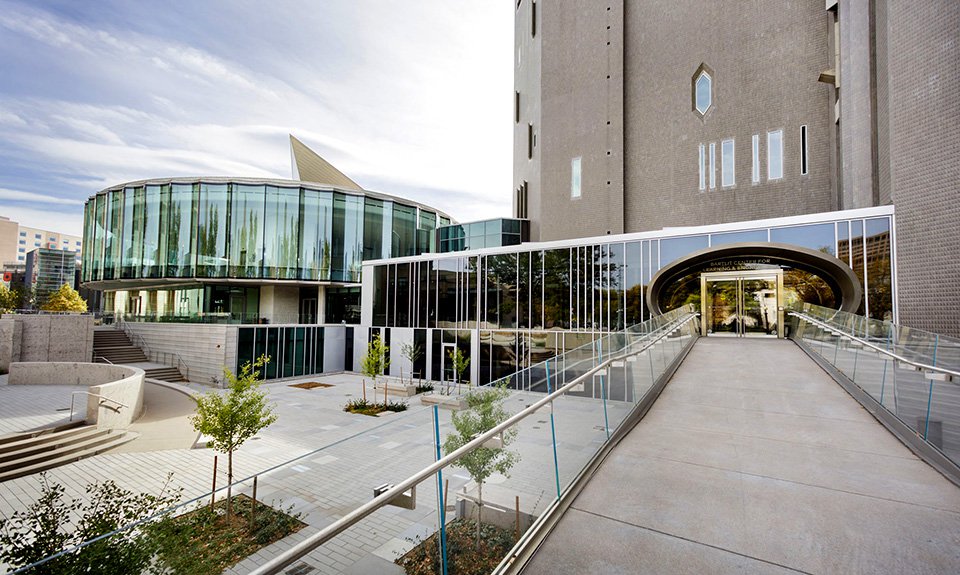 The half-century anniversary of the building designed by famed architect Joe Ponti provided a convenient excuse for a major addition to the museum space, where the collections are now housed differently

The Denver Art Museum’s historic building reopened this fall after a major renovation that lasted four years. The seven-story building, the first high-rise museum in the United States designed by famed Italian architect and artist Joe Ponti (1891-1979), is 50 years old, and on that anniversary, it was joined by a new ellipse-shaped visitors center that replaced the 1950s pavilion. And the center itself, in turn, is connected to the museum’s relatively new building, built in 2006 and designed by Daniel Libeskind. 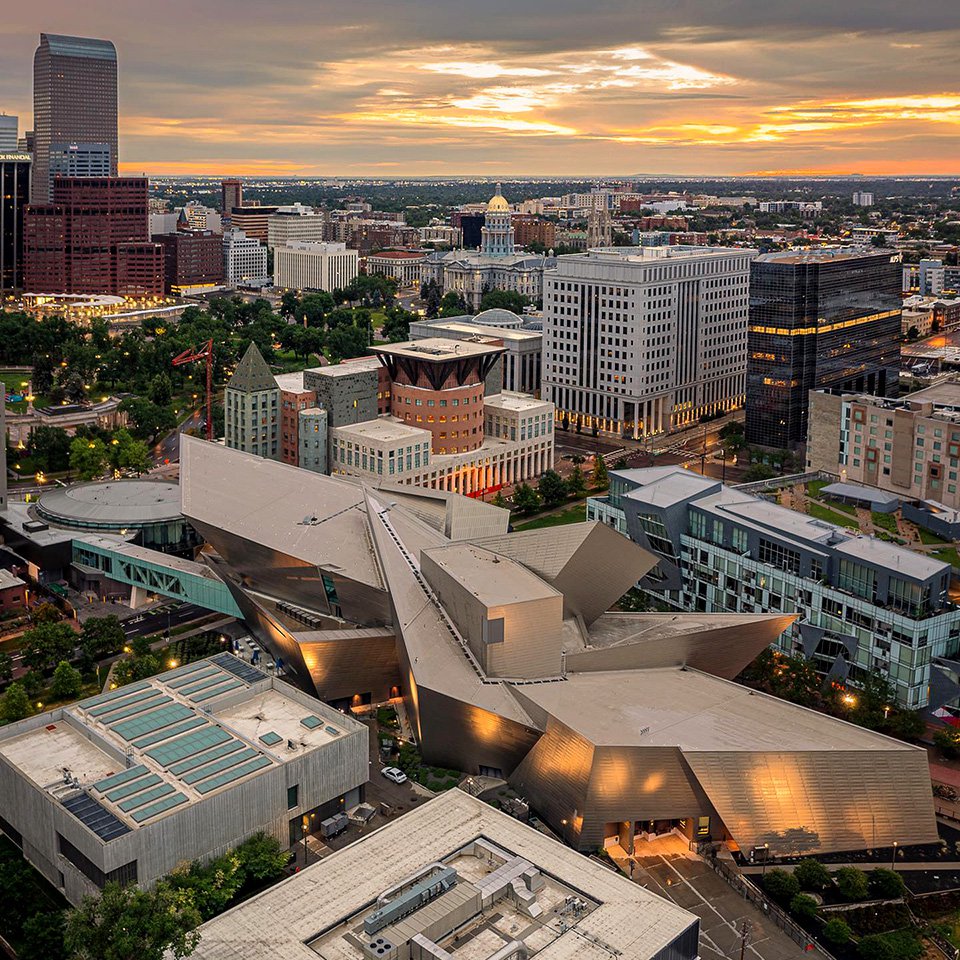 “The visitor center will be a point of attraction for local residents,” says museum director Christoph Heinrich, who thinks that museum buildings used to look a little ominous. – We had the opportunity to make the museum more modern, more open to the public. That was our mission. The German-born art historian came to Denver from the Hamburg Kunsthalle in 2007 as a curator and eventually took over the American museum in 2010. He recalls standing once on the unused terrace on the seventh floor of the Ponti Building, which offers a beautiful view. “I thought at the time: almost a thousand square feet of the best real estate in town, and it’s just empty!” – says Heinrich. At his initiative, they started using the top floor, “and it caused a domino effect.

It turned out that all the building systems needed to be upgraded, including a new elevator shaft so that the elevator could accommodate everyone (over the past decade, attendance at the museum has more than doubled to about 900,000 people a year). Originally, the entrance to the museum, designed by Joe Ponti, was on the other side. With the advent of the Libeskind building, the garage and the square next to it, the direction of travel through the museum grounds changed and there was a need for a visitor center unifying everything. 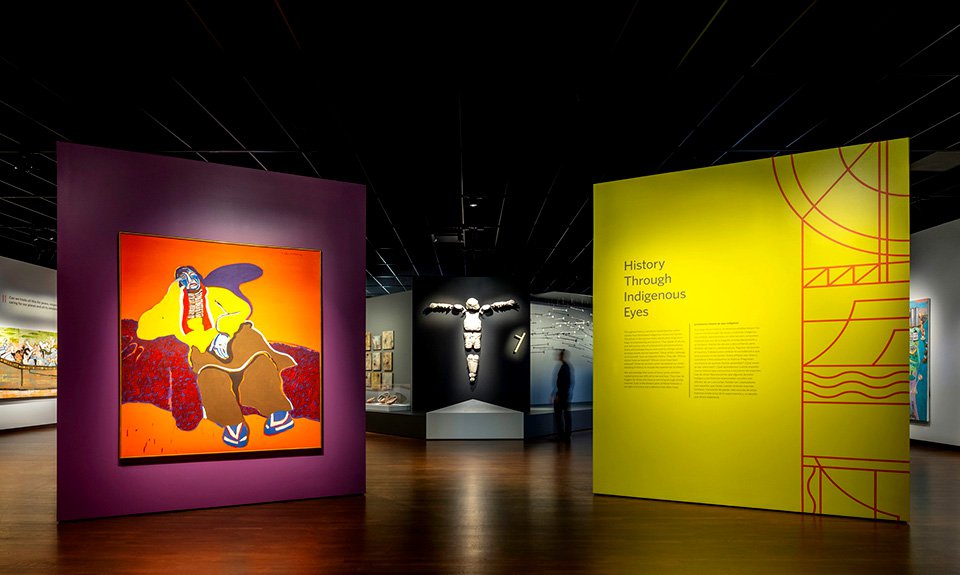 Then it came to the museum halls, which had not been renovated in a quarter of a century. Now, for example, in the Asian art exhibit, reassembled on the fifth floor, traditional Japanese robes are juxtaposed with contemporary fashion – the works of couturiers such as Issey Miyake and Yoji Yamamoto. And on the third floor, where the North American Native American art collection is on display, modern heroes have come to the forefront – in their connection to tradition. The collection of West American art is being actively expanded, a credit to local patrons. It is now on display in expanded galleries on the seventh floor with two new terraces. The architects also allocated an additional 1 thousand square meters, dividing the double gallery on the first floor into two single

The upper floors house a collection of architecture and design that is particularly well-represented in the twentieth century. It has also undergone a serious rethinking, and the first exhibition here is devoted to the design of Joe Ponti. The lower gallery is dedicated to thematic exhibitions from the museum’s collection – this program opened with “ReVisión. Art in the Americas.” “For the first time, we are combining here the pre-Columbian period of history with the Spanish colonial period and our contemporary Latin American collection to create a more holistic picture of Latin American art,” explains Christoph Heinrich. These sections themselves were permanently installed on the fourth floor. 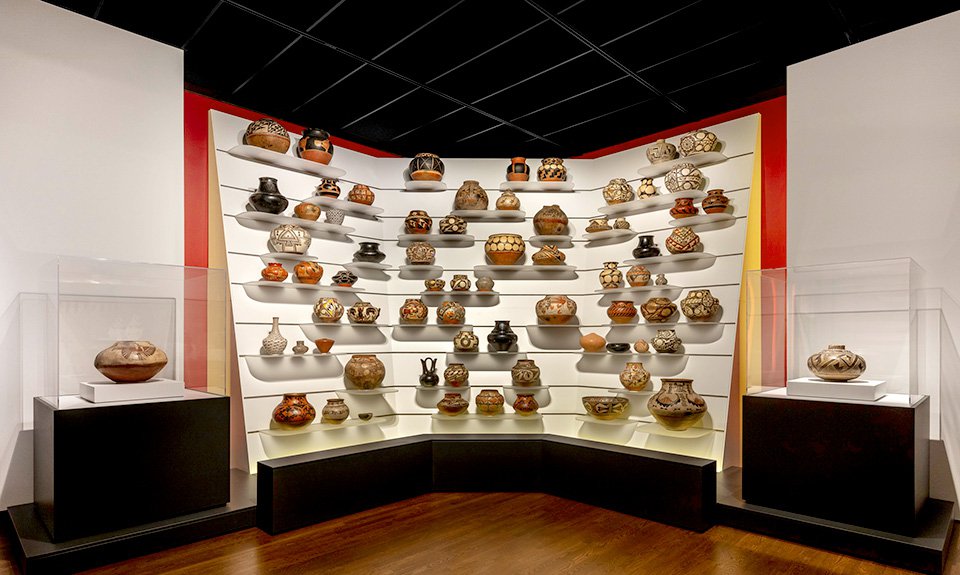 Thanks to the renovation, the museum has gained over 3,000 square meters of additional space, including a large public space on the second floor of the center for visitors, where events can be held for over a thousand people. This floor-to-ceiling rotunda, covered with curved glass sheets, also houses the restoration center, a restaurant, and a café. The lecture hall, formerly tucked away in the basement, is now on the first floor of the Joe Ponti building.

“If I had been told before that I would have to find $175 million for a project like this, I’m not sure I would have taken it on at all,” says Heinrich, who nonetheless raised the full amount needed, including a $25 million endowment fund. – Moving to America, to a country of collectors and patrons who really want to see their city look better, gave me encouragement.

The Denver Art Museum (DAM), one of the largest art museums between Chicago and the West Coast, introduces visitors to art and creativity through hands-on activities, extensive art collections and world-class exhibitions. 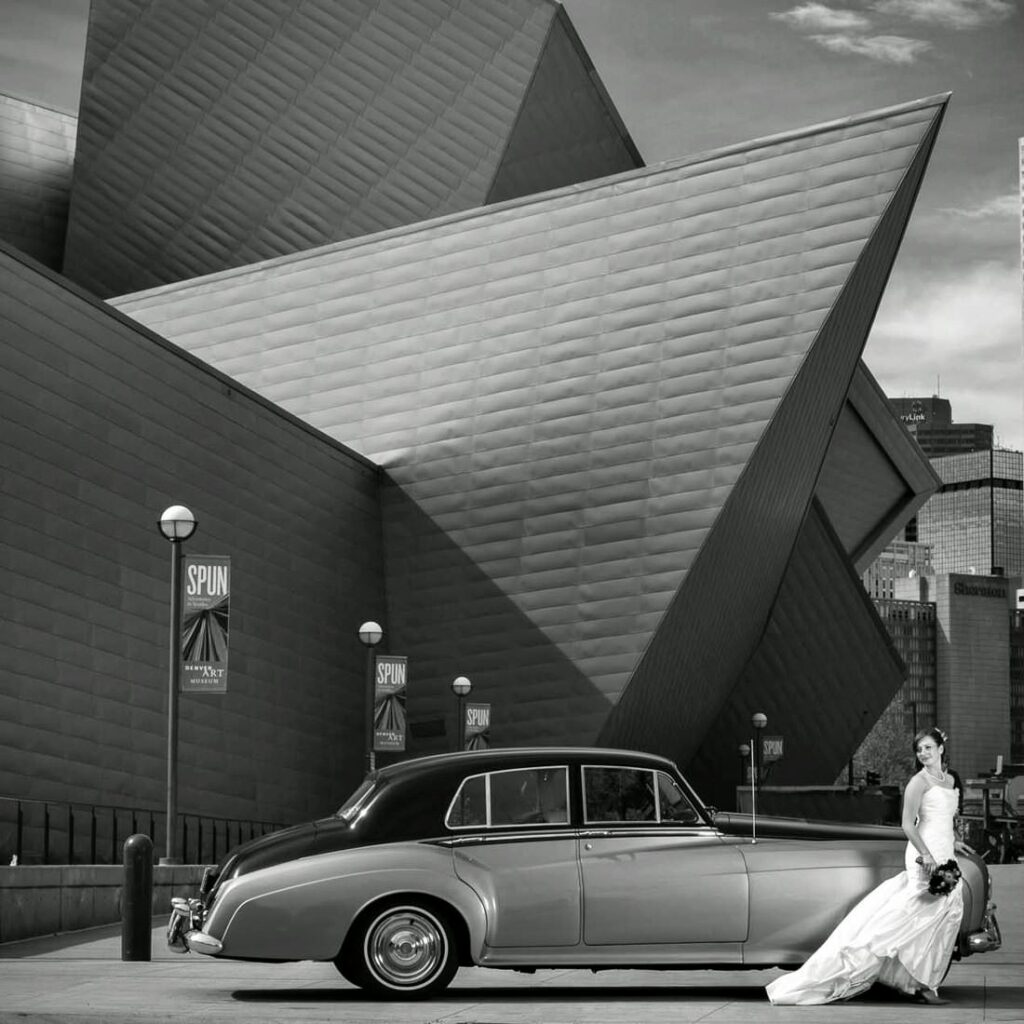 The Denver Art Museum has two buildings, the north building and the south building. The north building, designed and built by an Italian architect in 1983. The museum’s old building is built in the style of a 17th-century castle with a modernist facade This museum building is in the process of restoration work in 2019.

A new museum building, the Hamilton Building, was built in 2006 to expand the museum’s exhibits, and the new building itself has become an architectural work of art. The new building also serves as the main entrance to the rest of the museum complex. 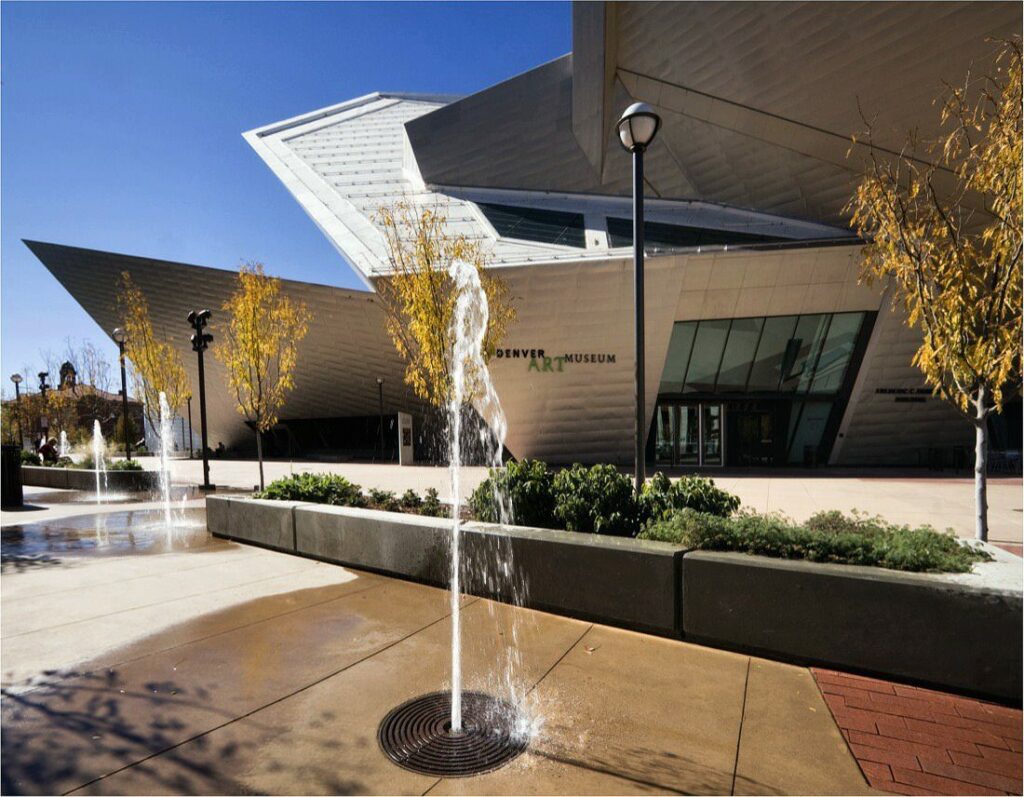 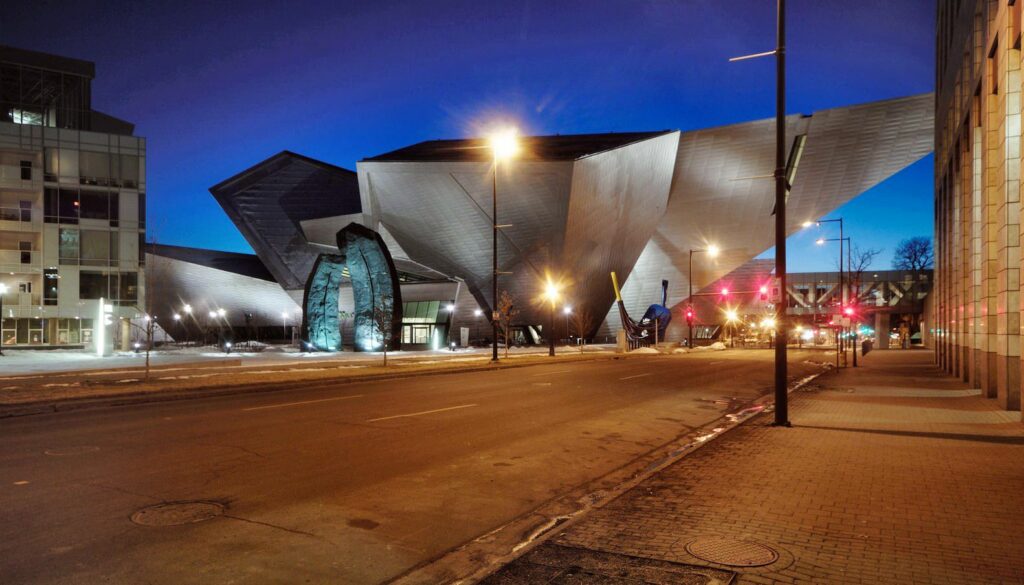 While the old part of the museum is eye-catching, it is the new building, designed by Daniel Libeskind, that will change your perception of art and architecture. 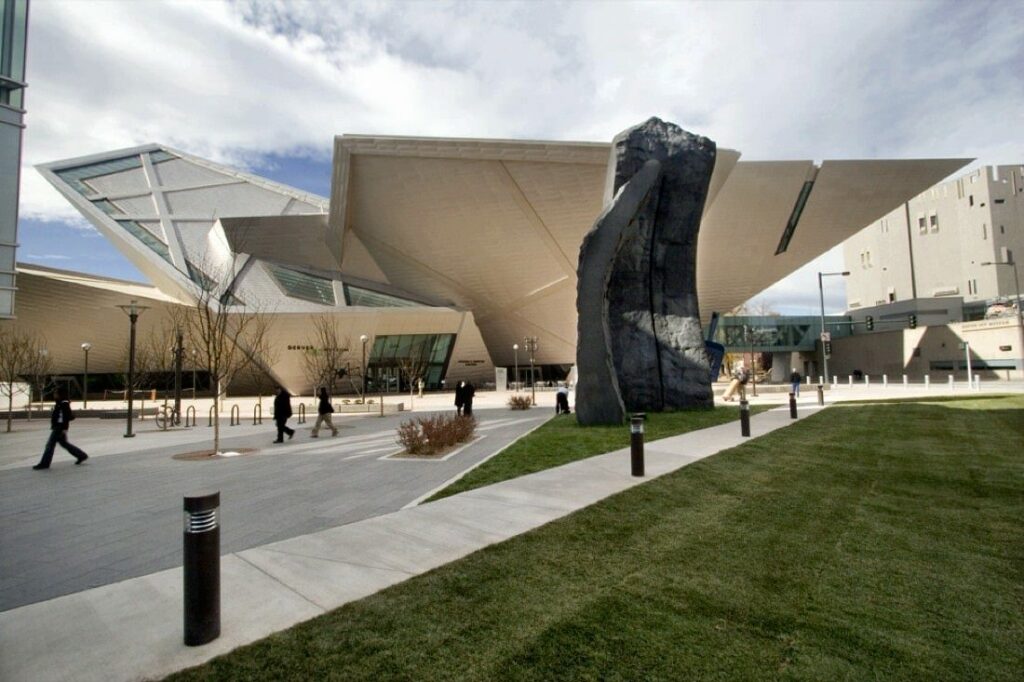 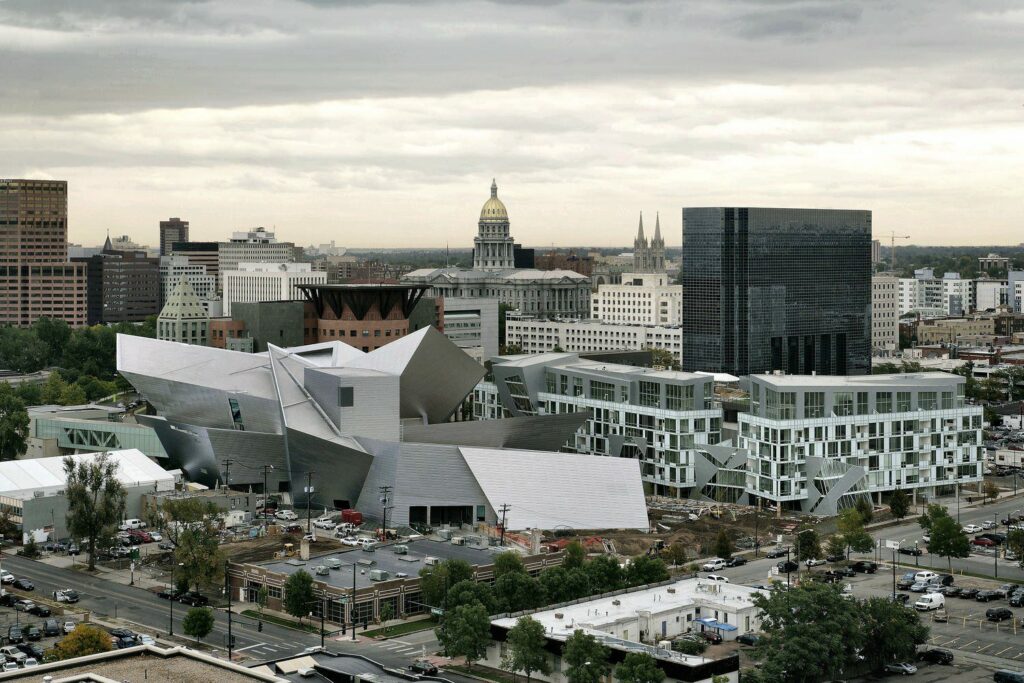 The architect’s challenge was to update the look of the museum so that the exterior of the building would convey the mood of the exhibitions in this building. The main collection of the new building is Modern and Contemporary Art.

The architecture of the building

The complex deconstructivist geometric design of the Hamilton Building consists of 20 inclined planes, totaling 21,000 square meters, with panels made of titanium to lighten the weight of the structure. None of the 20 planes is parallel or perpendicular to another. 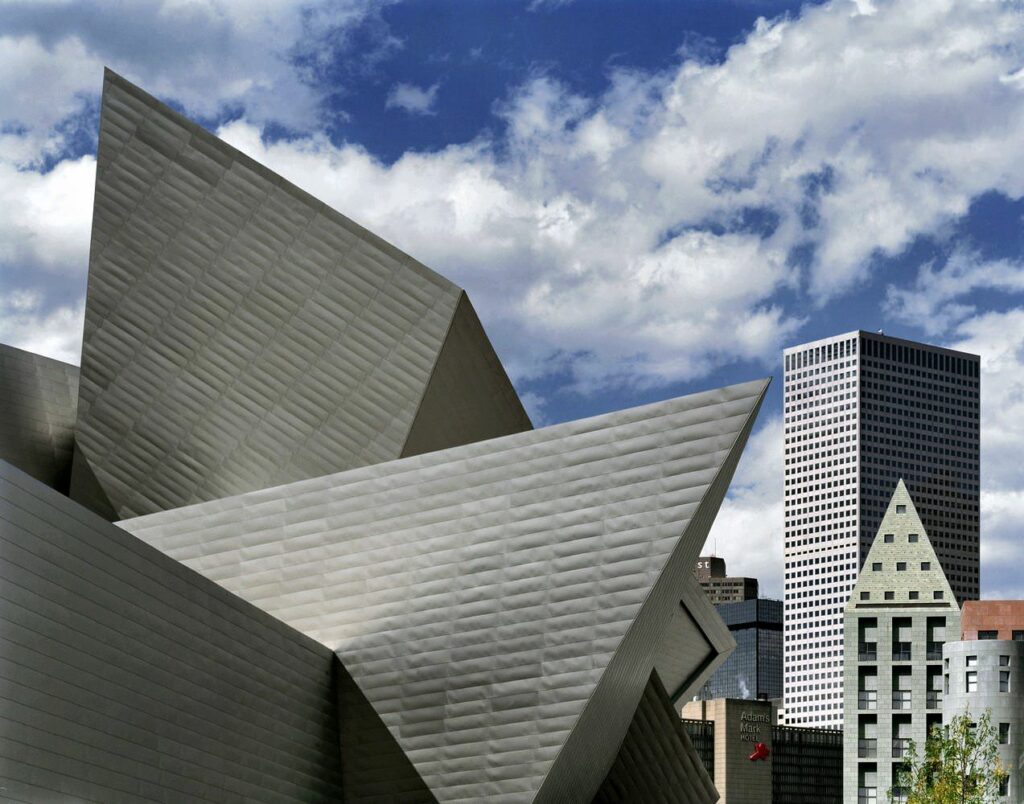 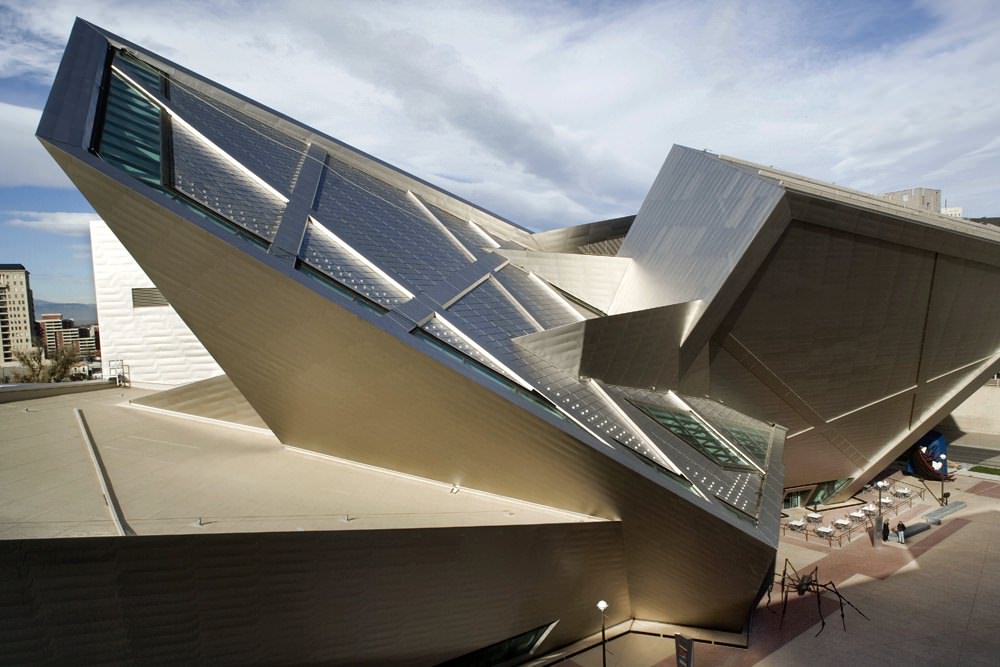 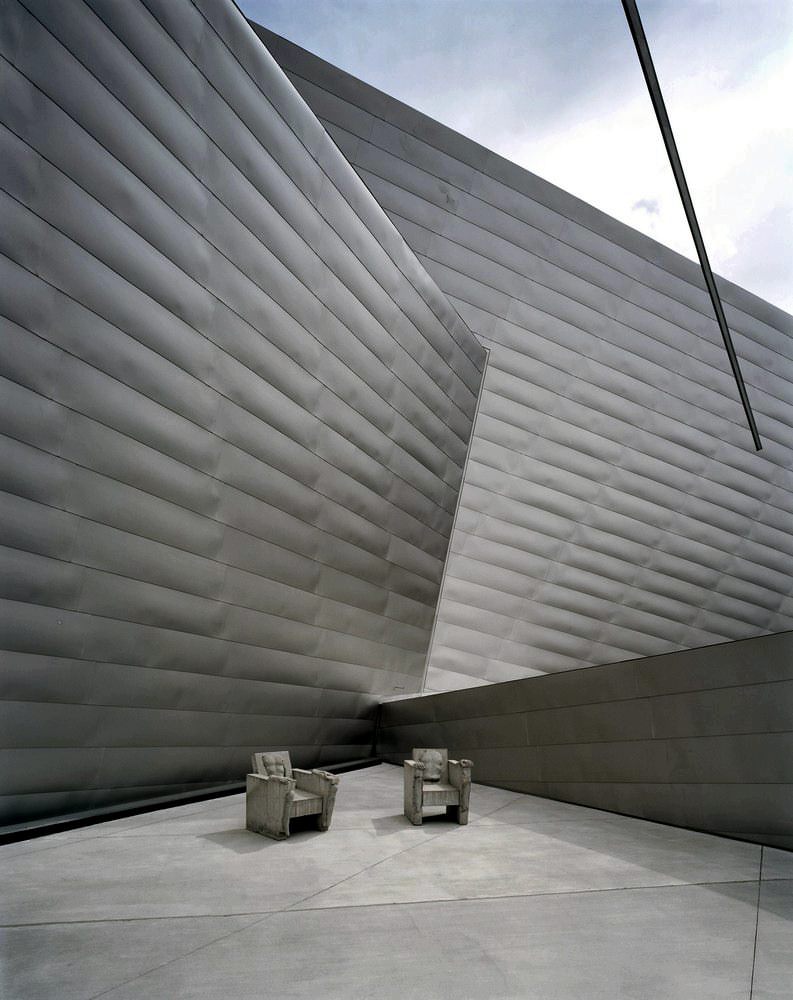 The angled multidirectional structure is mounted on a 2,740-tonne support consisting of 3,100 steel blocks. One of the corner elements overhangs the street at a height of 15.5 meters and extends almost 10 meters above the street. 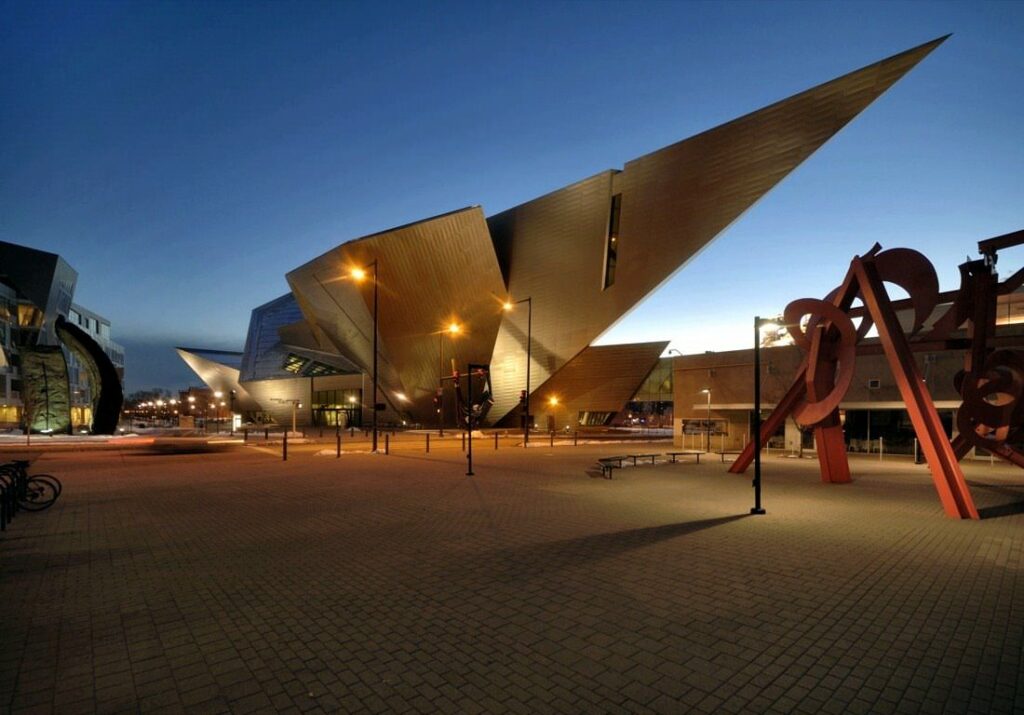 The building’s design, using angled structural elements and flat surfaces between faces, mimics the landscape of the nearby Rocky Mountains as well as the geometric crystals found at the foot of the mountains near Denver. 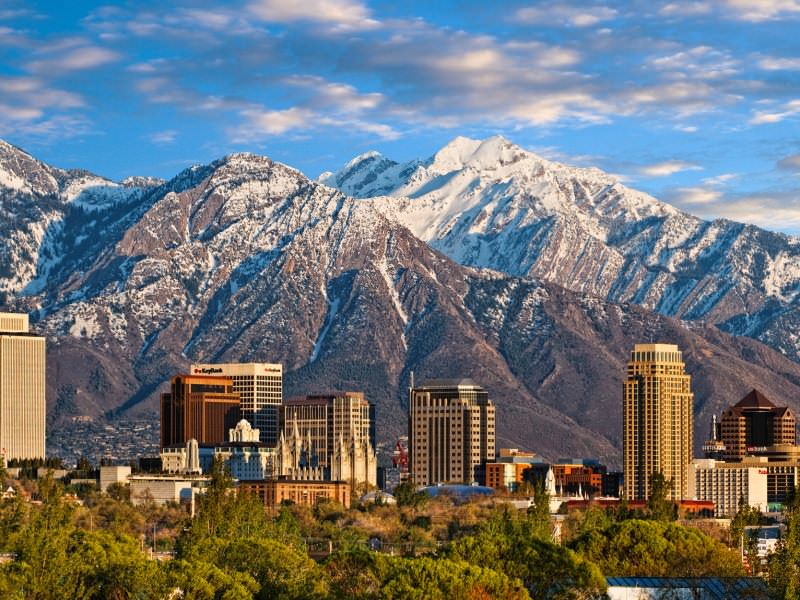 From some angles, the building’s design resembles an arrow or a bird pointing up into the sky. 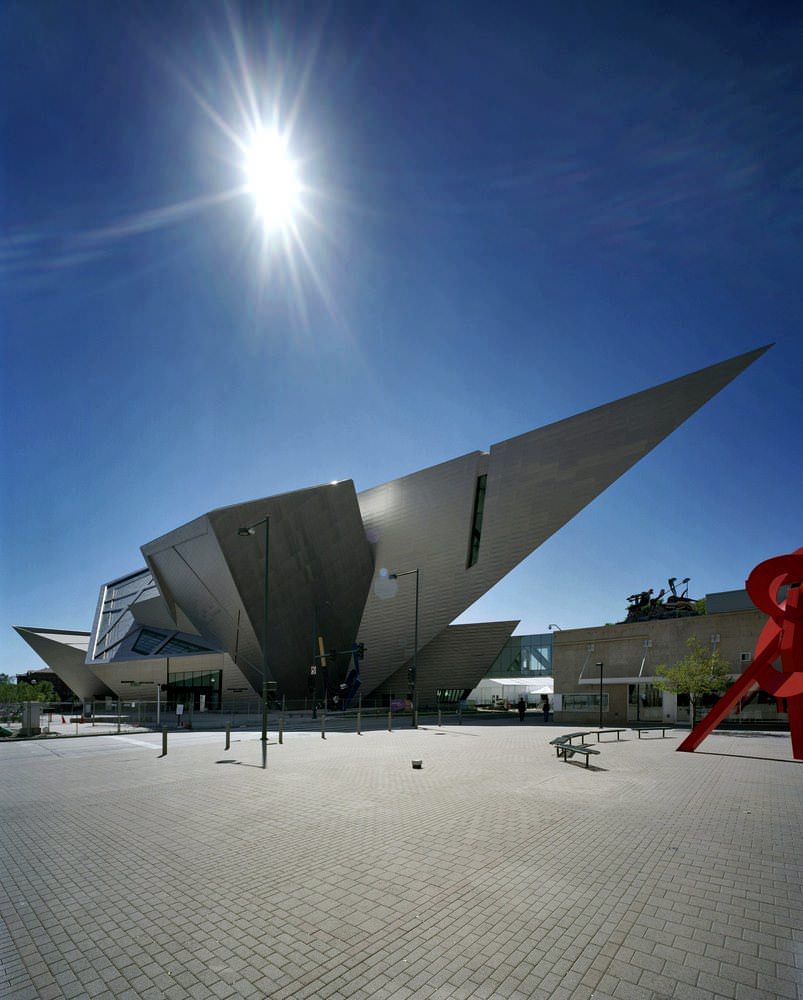 Inside the intricate architecture of the building, a space has been created in which contemporary art installations and modern abstract paintings look very appropriate. The building has many sharp corners and staircases because of its angular shapes and windows.

Art and architecture connoisseurs, plan a visit to the Denver Museum of Art in Denver, USA. The museum will not leave you indifferent, and will be able to attract attention not only with its exhibits, but also with its appearance.