Devil’s Sea is the name given to the Pacific waters around Miyakejima Island 128 km south of Tokyo by Japanese fishermen.

The anomalous zone, located in the Pacific Ocean, is believed to be a triangular area between Japan, the Philippine Islands, and the island of Guam. It is said that inexplicable devilry happens in this area, people, ships, and planes disappear, and fishermen have noted that there are no dolphins, whales, or albatrosses in these waters.

Even in ancient times, the natives believed that at the bottom of the ocean are underwater palaces, inhabited by dragons, as well as in the sea abyss are various monsters, demons and giant toothy fish. Those unusual phenomena that fishermen observed in these waters, such as: the change of color of the water, the appearance of water domes over the surface of the ocean, the occurrence of suddenly the strongest storms, the disappearance of boats and ships, people attributed to the actions of huge dragons hiding in the ocean. In the ancient Japanese chronicles often can be read about the dragon living in these waters, which rises to the surface, sinking fishing boats, drags the sailors and fishermen to the bottom of the ocean in its underwater lair. However, even now scientists have not come to a general conclusion about the disappearance of ships and people, but are increasingly explaining this fact by the presence in the Pacific waters near the island of Miyake, a portal to another dimension or the impact of UFOs.

Japanese authorities declared the Devil’s Sea an area of danger in 1955, after a series of mysterious disappearances. Small fishing boats had disappeared in this area before, but nobody paid much attention to these facts, as boats of fishermen are not stable and they can overturn even in a light storm, and this region is characterized by strong winds and powerful storms. But when in a few years nine large vessels disappeared in the Devil’s Sea, among them were modern cargo ships with powerful engines and reliable radios; a military destroyer equipped with the latest quality electronic equipment capable of detecting objects moving 200 kilometers away, authorities declared the place anomalous and urged to avoid it. The destroyer’s disappearance without a trace was simply unbelievable. The search for the warship lasted more than a month, and were used the most modern means, but no traces of the ship and could not find.

Miyakejima is a volcanic island in the Pacific Ocean. Devil’s Sea – so fishermen nicknamed the Pacific waters around the island of Miyakejima (128 km south of Tokyo).

All nine vessels disappeared completely suddenly, and only one vessel sent a distress signal before disappearing from radar, and, surprisingly, most of the cases occurred in good windless weather. The official reason for the disappearance of the vessels has not been established by the authorities, but a number of speculations have been put forward, among them the possibility that the vessels went down due to volcanic eruptions and were pulled into a volcano crater.

There is also the hypothesis of a gigantic wave which could have swamped the vessel. The Coast Guard of Japan has not managed to find any remnants of the missing ships and their crews. Staying in the anomalous zone, according to scientists who have studied it, is accompanied by a depressed human state, lethargy and weakness, which justifies its frightening name.

READ
Nazca drawings in the desert satellite view in Peru

More than once in the Devil’s Sea there were observed magnetic and gravitational anomalies, there were fogging of the radar signal, the radio communication was lost, the work of the devices on the ships was broken. In 1975 the Soviet Union after 20 years after the Japanese authorities recognized the Devil’s Sea as a dangerous place for navigation after the wreck of the motorboat “Tiksi”.

Despite all warnings and bans, even today quite a few ships with human lives take this mysterious place.

A place scarier than the Bermuda Triangle, which sailors call the Devil’s Sea 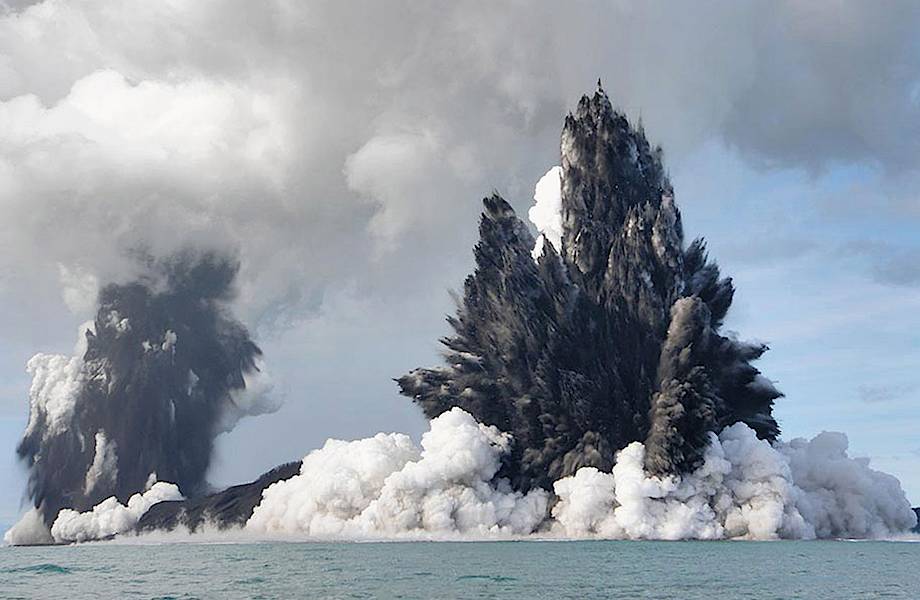 The Bermuda Triangle, located in the Atlantic Ocean, has earned notoriety for dozens of ships and several planes that disappeared without a trace. But there is an equally sinister place in the vast Pacific Ocean that sailors call the Devil’s Sea. 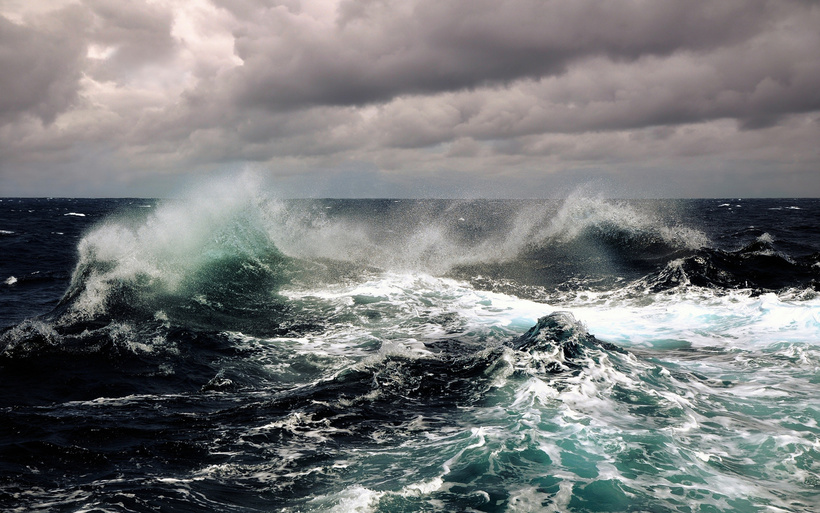 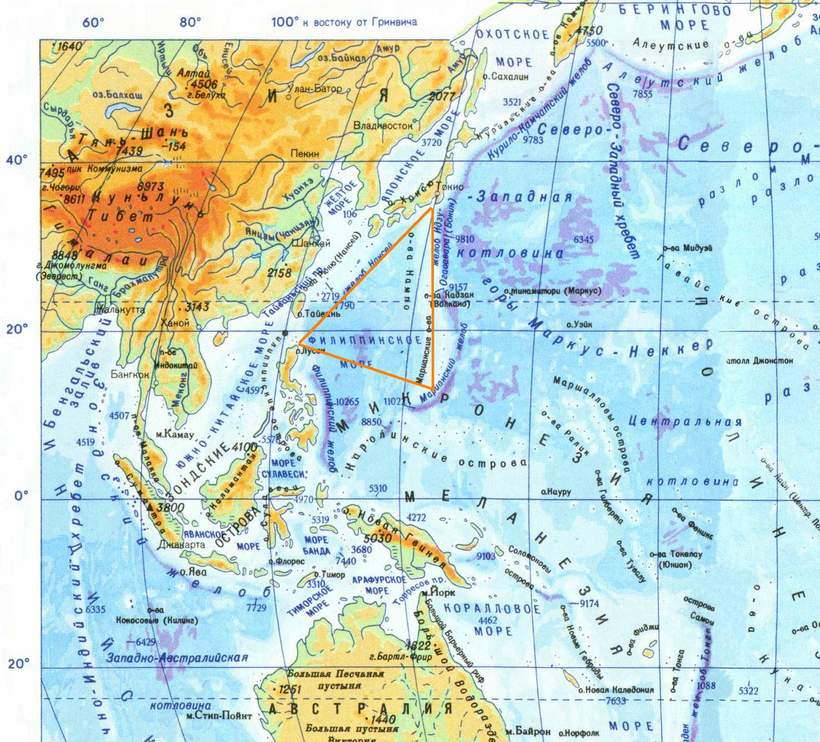 The exact number of lost ships here is incalculable. In 1981, in one week 6 ships were lost in this strange place, and their total number long ago exceeded a hundred. The Devil’s Sea can easily compete with the Bermuda Triangle in this respect. In the 80s of the last century, Japanese scientists conducted a large-scale survey in the area in order to find out what caused the loss of ships. But according to experts, the mysterious disappearances can be explained by natural causes and have nothing to do with mystical phenomena. The fact is that tropical cyclones actively form in this place. In addition, there are migration paths of tropical cyclones that originate in the more southern latitudes of the Pacific Ocean. This part of the Pacific is much like the Caribbean Sea, where a huge number of tropical cyclones also form. Wind speeds in this part of the Philippine Sea often reach 20-25 m/s, making navigation difficult. Up to 35 typhoons form every year in the Devil’s Sea. Poor visibility and strong gale winds are the main cause of loss of small fishing vessels. Cases of disappearance of large vessels are extremely rare, and their number does not exceed similar precedents in other areas of the world’s oceans. Another factor that also contributes to shipwrecks is the presence of treacherous underwater volcanoes. This seismically active part of the Pacific Ocean contains underwater volcanoes that erupt and cause shipwrecks. From the depths of the sea, a huge bubble of gas and ash suddenly erupts, capable of overturning even a large ship. At least one such case is known to have occurred in the waters of the Devil’s Sea in 1952, when the Japanese ship Cayo-Maru fell victim to an underwater volcano. 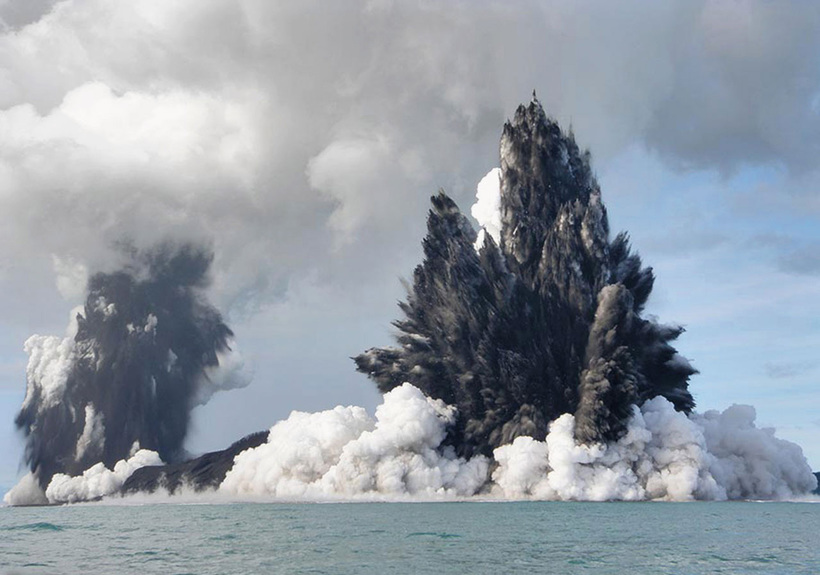 There are especially many volcanoes near the Bonin Islands. The islands are often the result of powerful eruptions, when new patches of land appear above the water surface of the ocean. Seafarers unaware of their appearance have also fallen victim to underwater volcanoes, crashing on the rocks. Conversely, small islands may be replaced by tiny patches of land or a few rocks that are almost invisible in poor visibility after an eruption. Therefore, sailors have long known that if you can smell sulfur in the air, it is better to avoid this place to avoid being hit by an underwater volcano. Thus, ship deaths in the Devil’s Sea are associated with frequent tropical cyclones and underwater volcanoes. Most often their victims are small fishing boats, not equipped with meteorological and navigation equipment. The material is copyright, at copying a reference to the article or site travelask.ru is obligatory