Review: The Diorama “The Fiery Arc” (Belgorod, Russia) – Belgorod Diorama is the largest in Europe.

As promised, I continue to acquaint you with Belgorod sights. For those who do not know – we moved to this glorious city only six months ago, so I am discovering it for myself and the readers of Otzovik with great pleasure and interest. I have already told you about B. Khmelnitsky Oak and the Mega Grinn shopping and entertainment complex, as well as the Zoo in Belgorod. The 9th of May, a great day for our Motherland, is just around the corner. Partly because of this, today I want to tell you about the Diorama of Belgorod, which is called “The Fiery Arc”. Its full name is the Belgorod State Historical and Art Museum-Diorama “The Battle of Kursk. Belgorod direction. Belgorod Diorama is located on Popov Street 2.

The light building on a hill, built in 1985, is shaped like an arc, and resembles a sail. 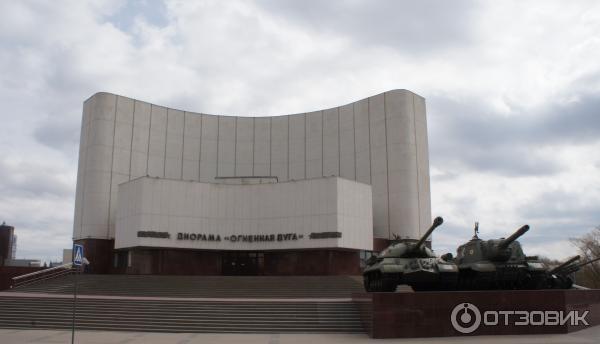 In May 1985 was opened the first photo exhibition devoted to the Great Patriotic War, and August 4, 1987 opened Belgorod Diorama “Fiery Arc”. The stunning pictorial canvas was created by a creative group of artists-battalionists of the Grekov studio under the leadership of People’s Artist of the RSFSR N.Ya.

If you go to Belgorod diorama through the Victory Park, the road will pass through the alley of heroes. 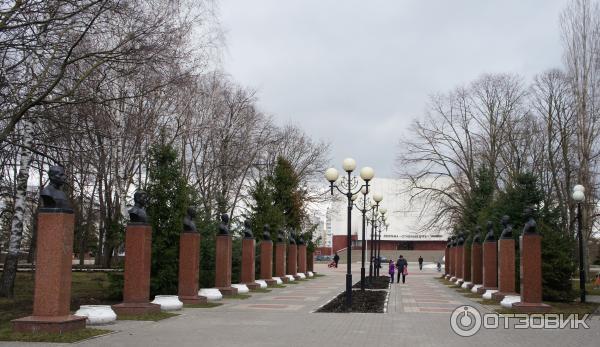 This is how the place looks like if you look at it from the porch of the Belgorod diorama. 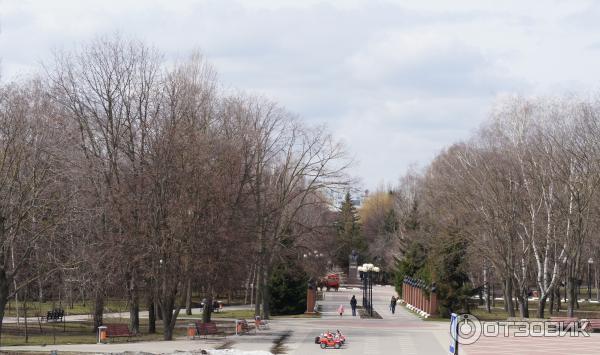 In front of the Belgorod diorama and behind it there are exhibition areas, where military equipment of the Great Patriotic War period is presented. This exhibition bears the proud name “Weapon of Victory”. 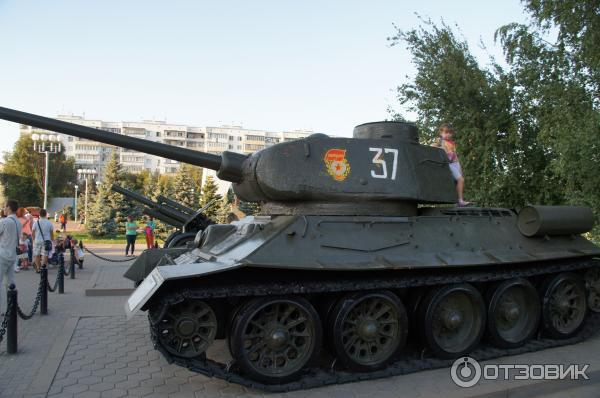 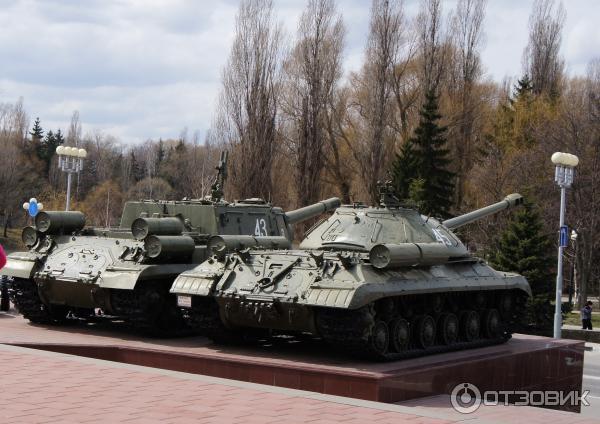 The diorama in Belgorod is the largest in Europe. The pictorial canvas of the Belgorod Diorama is 67 meters long and 15 meters high. Between the canvas and the observation deck is a subject plan, on which is made a relief model of the area. Its area is 551 square meters. 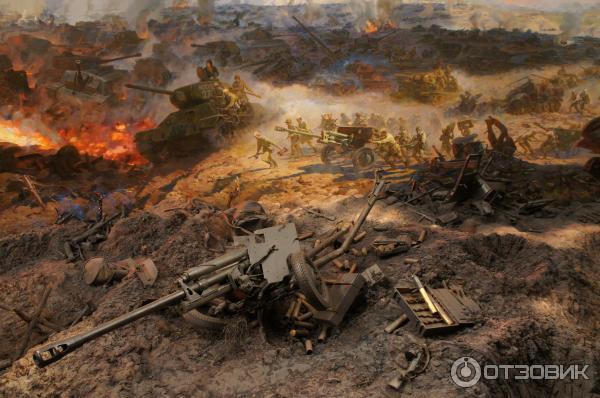 As befits a diorama, the Belgorod diorama is executed in a form of a semicircle, its viewing angle is 230 degrees. The canvas of the diorama is fully woven, it was made under a special order in the Penza region. 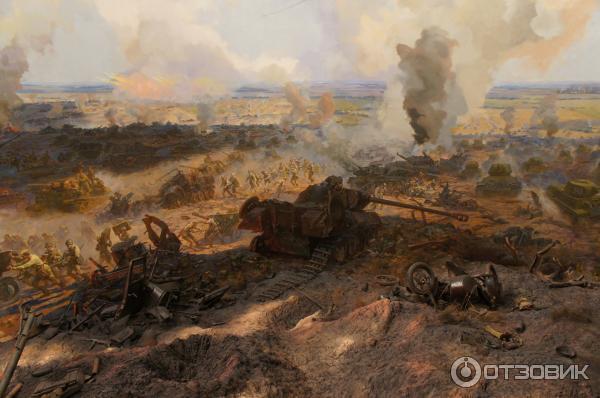 The main subject of the Belgorod diorama is the tank battle near Prokhorovka on July 12, 1943. On a huge canvas the authors managed to depict the heroism and courage of soldiers of different kinds of troops – tankers, infantrymen, armored men, signalers, pilots, artillerymen, medics. 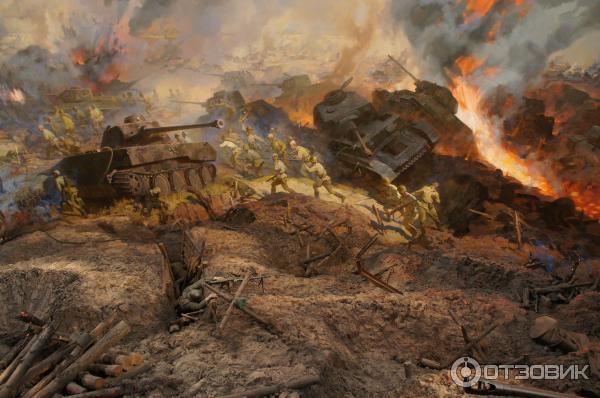 Military skill, which led to victory in Prokhorovka battle, served as a turning point in the defense of the Kursk prominence. 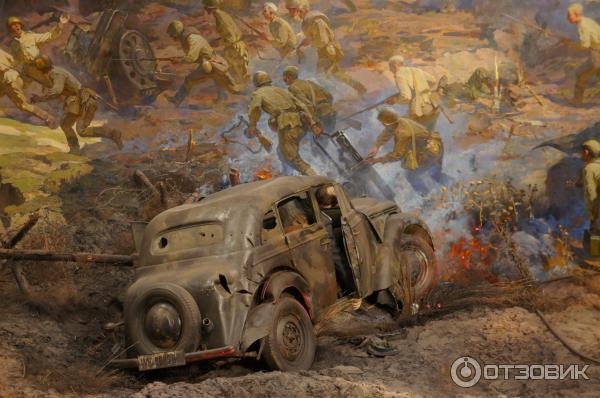 Take a closer look at how amazingly realistic the subject plan of the Belgorod diorama is. Even smoldering wood looks absolutely real! 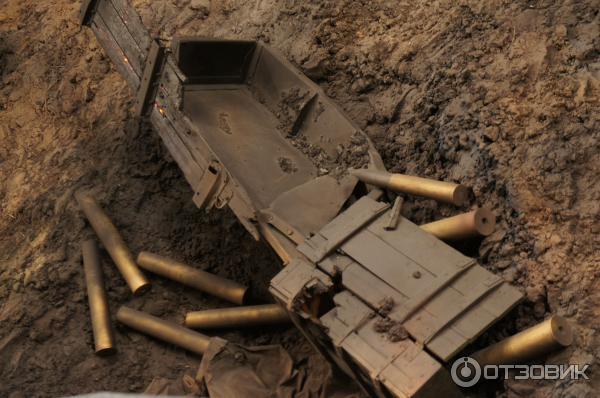 You can sense the scale and intensity of the great battle with the sound track. I had to explain to my child for a long time that it wasn’t real and convince her not to be afraid of it. Even an adult feels completely immersed in what’s going on in the installation. 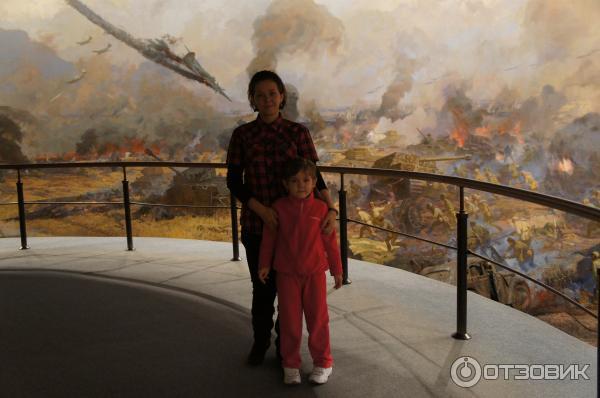 In addition to the diorama, the museum has a permanent exhibition “On the Land of the Disgraced”, which was opened in 1993. Its interesting materials tell us about the defensive stage of the Battle of Kursk and the liberation of Belgorod from the forces of Nazi Germany. In addition to the permanent exhibition, the museum regularly holds temporary exhibitions, runs a section “Memory”, where you can leave a request to find a relative who was missing or died during the Great Patriotic War. The museum has a very handy inter-active guide – a map, on which all the war memorials of Belgorod region are marked. I won’t dwell on the detailed description of expositions, but I will place some photos for demonstration purposes. 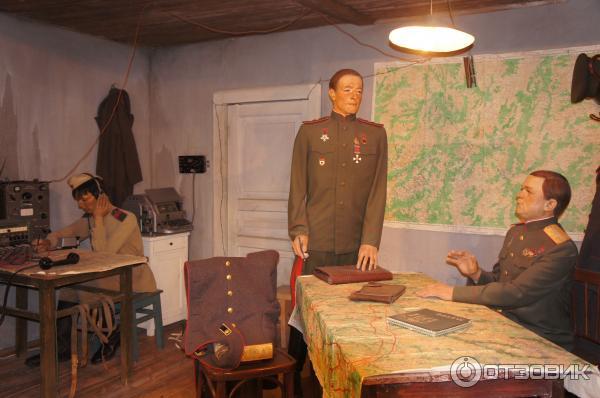 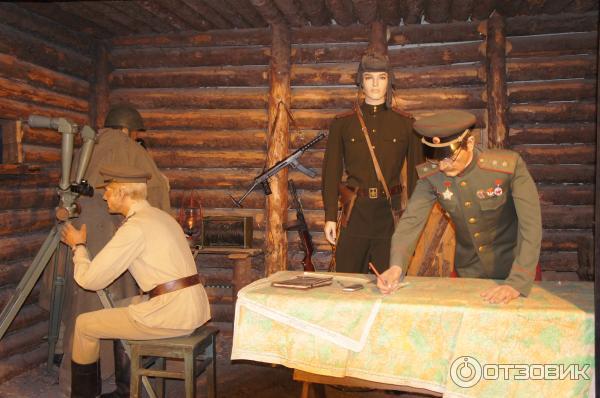 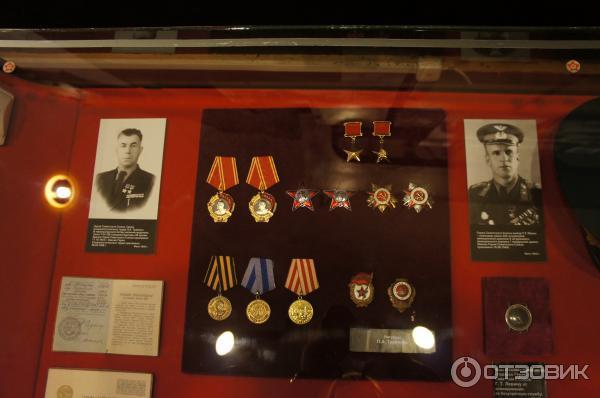 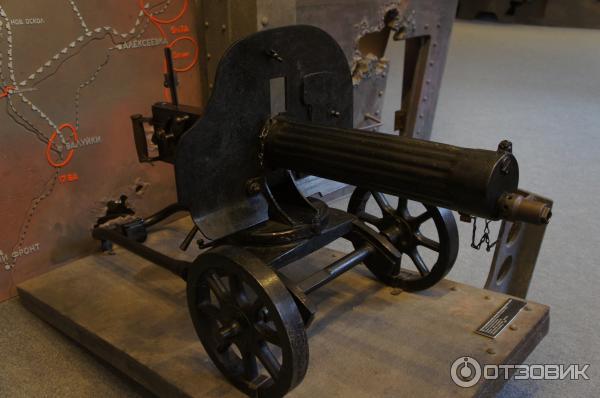 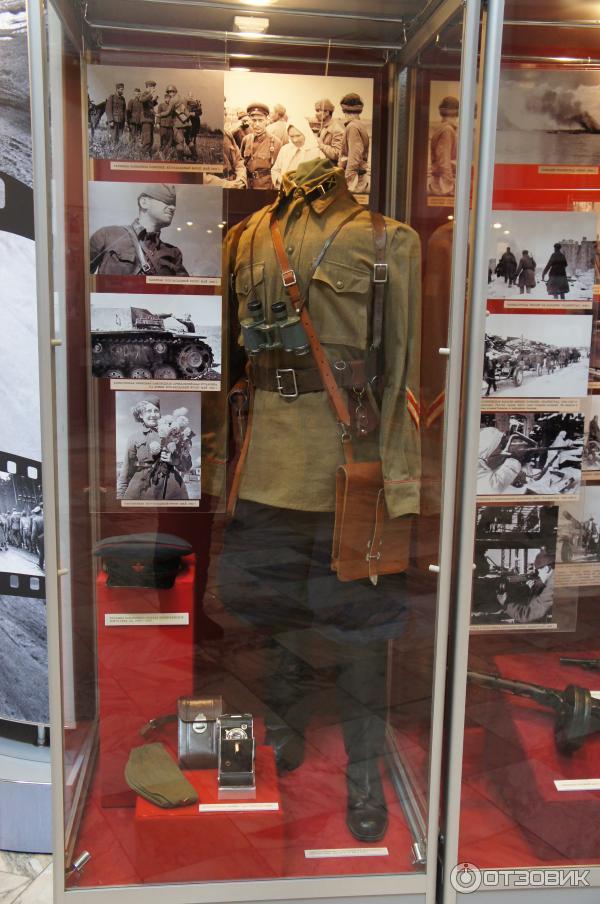 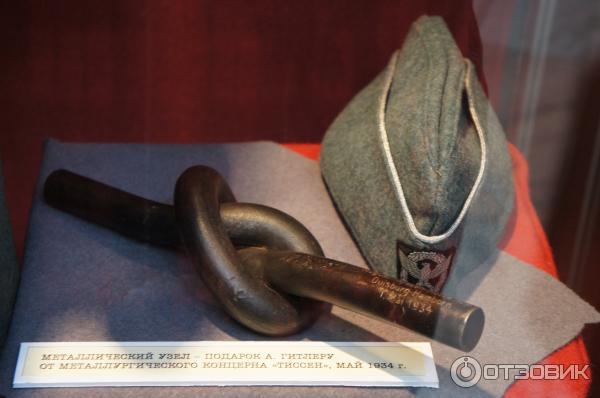 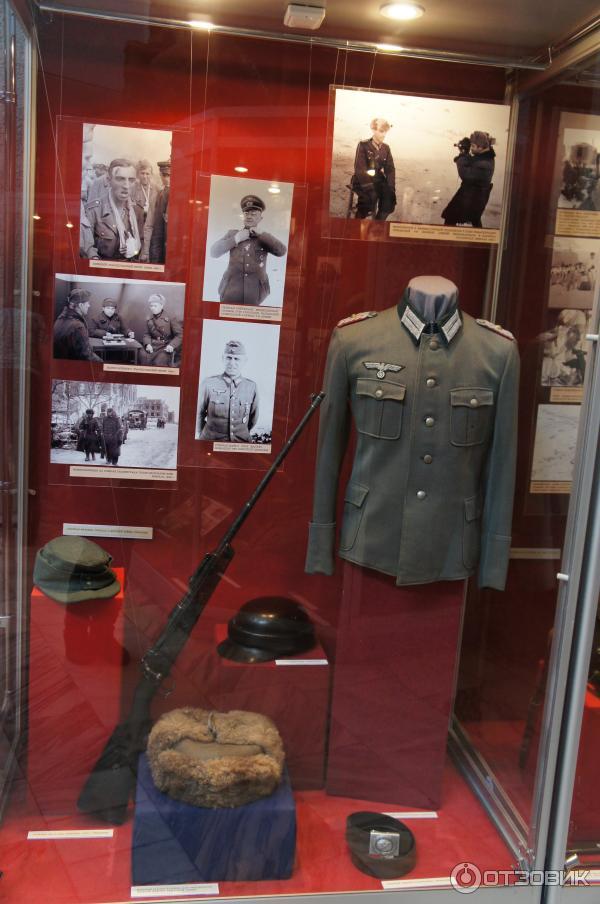 In 2010 the museum staff was awarded with a commemorative medal “For the 65th anniversary of Victory in the Great Patriotic War” of the organizing committee “Victory”, headed by the President of the Russian Federation. 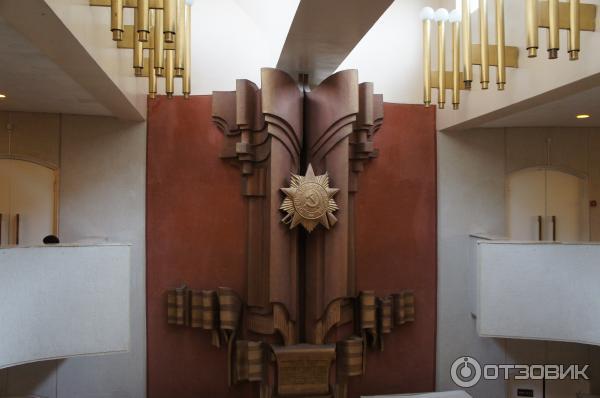 After visiting the admirable Belgorod diorama “The Fiery Bulge” I can say that the museum is wonderful, it is staffed by professional experts and lovers of their craft. Definitely, I recommend to visit this place for the guests of the city. Tickets are cheap – 7 rubles for preschoolers, 50 rubles for pupils, 56 rubles for students, and 100 rubles for adults. True, for foreigners the rate is 135 rubles. I respect the history of my country and I am proud that I live in the city of military glory – Belgorod!

Diorama of the Fiery Arc in Belgorod, photo and description 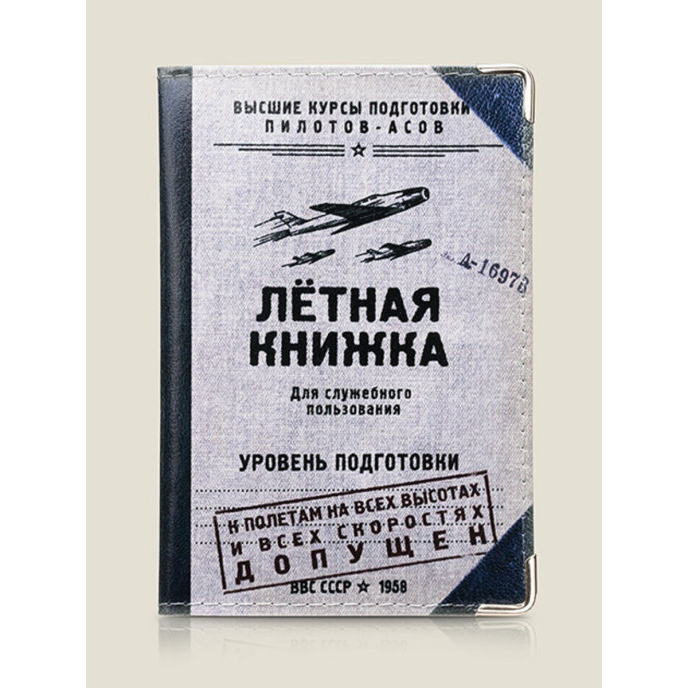 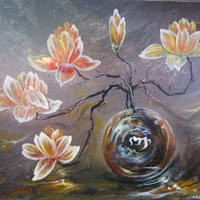 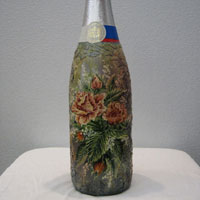 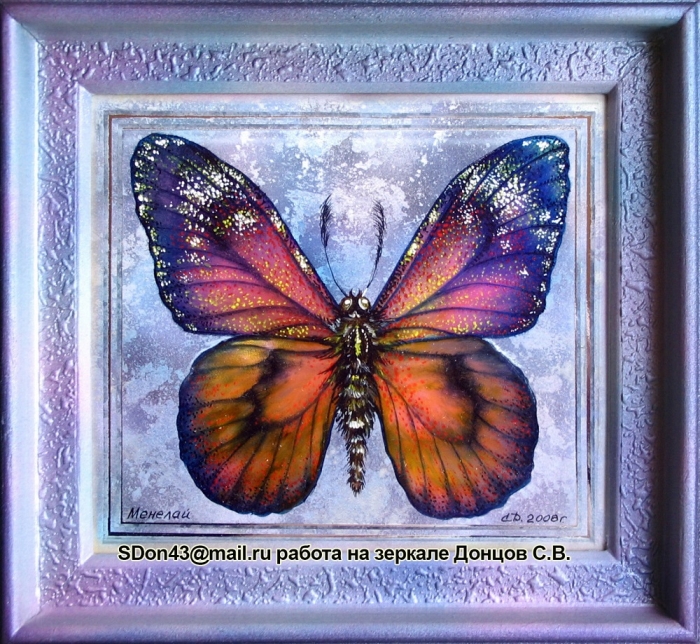 Butterfly Menelaus – a picture on the mirror 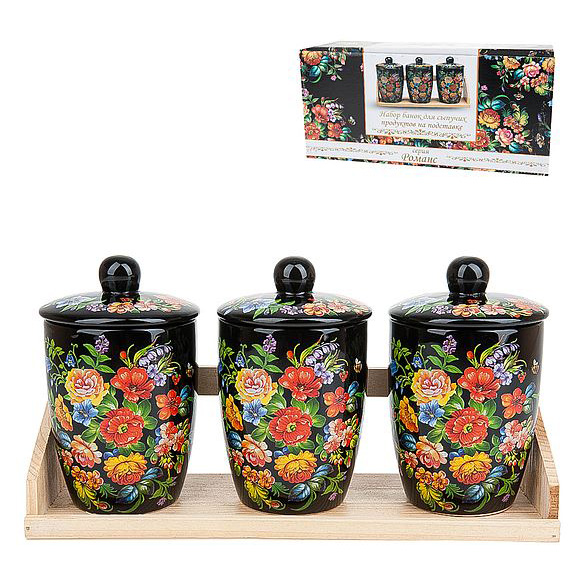 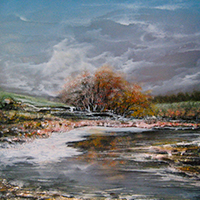 Landscape – painting on the mirror. 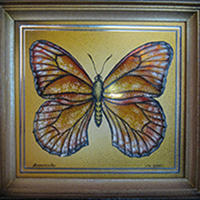 Butterfly Danaidae – painting on the mirror. 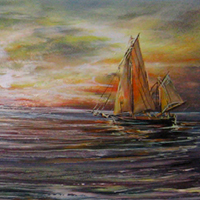 Painting on the mirror – Landscape. 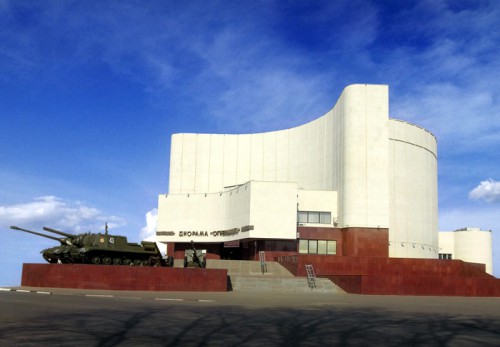 On the day of the celebration of the 40th anniversary of Victory in the Great Patriotic War in Belgorod near Victory Park was erected a grandiose diorama building, and the August 4, 1987 opening of the Historical and Art Museum-Diorama “Battle of Kursk. Belgorod direction”. On the very first day it was visited by more than 50 thousand people. Museum-diorama was created on the initiative of veterans of the Great Patriotic War, headed by the chairman of the Regional Council of veterans Maria Afanasyevna Derkach and on the initiative of a number of enterprises and organizations of the city, thanks to which more than twenty years ago was approved the plan of the museum. In a year in the center of the city there was a new building of the original construction.

The individual project of the building of the museum-diorama was designed by employees of the Institute “Belgorodgrazhdanproekt”. The arc-shaped central building is adjoined by an engineering building. Artists-battlers of the studio named after Mitrofan Borisovich Grekov created the artistic part of the diorama. The creative team for creating the diorama in Belgorod was headed by People’s Artist of the RSFSR N.Ya. It also included honored artists of Russian Federation G. K. Sevostyanov, V. N. Scherbakov and artist-assistant M. A. Sychev. Consultant was a senior researcher of the Institute of Military History, candidate of historical sciences, a participant of the Battle of Kursk Colonel G. A. Koltunov. Heroes of the Soviet Union A.G. Achkasov, N.N. Kononenko and G.T. Levin provided great assistance to the authors.

The area of the whole-woven canvas is 1005 sq.m. (length 67 m, height 15 m); the area of the object plan is more than 500 sq.m. The unique one-piece woven canvas was made to a special order by masters of the Sura plant of the Penza region and primed by specialists from Podolsk.

Between the painting and the observation deck there is a relief model of the terrain, which occupies more than 500 square meters. It brings the viewer closer to the battle situation and helps to feel it even more visually. One of the largest dioramas in the country is based on the tank battle near Prokhorovka on July 12, 1943, the victory in which became a turning point in the defense of the Kursk region. The artists reproduced the events observed from a height of 252.2. The viewer seems to be in the center of battles of the 5th Guards Tank Army – in the fighting lines of the 29th Tank Corps. On the horizon on the right is Prokhorovka station, on the left – Beregovoye village. In the center of the diorama one can see a department of the state farm Oktyabrsky. To the left of the river Psel are villages Polezhaev, Prelechnoye, and Andreevka, and still to the left is Komsomolets state farm. South of the height of 252.2 passes the railroad Belgorod – Prokhorovka.

The artists sought to cover the operational scale of joint action in a single picture in a coherent composition of the defensive battle of the two ground armies and supporting them with the air formations of the 2nd and 17th Air Armies. In order to more fully show the events on the battlefield, the authors presented the canvas and the subject plan in dynamics. In the center of the diorama the tankers of the 31st Tank Brigade of Colonel S. F. Moiseyev, acting to the north of the Belgorod-Prokhorovka railroad, are shown close-up.

A number of heroes of the painting have a portrait likeness to the real participants of the events. The spectators see images of armored gunner Pavel Shpetny, who stopped the last enemy tank at the cost of his own life, mechanic-driver Alexander Nikolayev, who committed a tank ram; nurse-driver Maria Borovichenko, who covered the wounded tankman Alexei Palchikov, who left the burning car and led a group of soldiers into an attack; pilot George Beregovoy, who miraculously survived. Every year on May 9 thousands of people gather at the diorama. Belgorod region receives many visitors and their program usually includes a visit to the museum-diorama and treats with real soldiers’ porridge.

Belgorod State Historical and Art Museum-diorama “The Battle of Kursk. Belgorod direction” has concentrated in its expositions and funds more than 5000 unique exhibits of military history of the region, as well as a collection of fine art. Museum exhibition continues in the open area, where the exhibition of military equipment of the Great Patriotic War. It also demonstrates the film “On the Land of the Disgraced” which was awarded the silver medal at the festival of documentary films by Dovzhenko in 1987 (the authors – B. Karpov and N. Ryapolov). The topics of lectures and film lectures offered by the museum-diorama introduces everyone to the heroic history of Belgorod region.

On August 4, 1993 the permanent exhibition “In the Land of the Disgraced” was opened. In 2007 – 2008 the exhibition was equipped with a sensor booth with presentations on military subjects (forces and composition of the warring parties, detailed biographies of commanders and participants, the full description of weapons and equipment of the battle participants, ideology and everyday life of military operations) and the electronic memory book with access to the Defense Memorial database site. Another sign of patriotism was the unveiling of the memorial sign “Entry Pillar”, which is located between the buildings of the museum-diorama and the local history museum. A similar memorial sign was established at the beginning of the XX century in honor of the stay in Belgorod in 1787 by Empress Catherine II and Emperor Alexander I in 1820.