El Tatio is a vast geyser field in South America. It is located in the mountain range over 4.5 thousand meters above sea level. El Tatio is only the third largest in the world, with Yellowstone in first place and a geyser field in Kamchatka in second. El Tatio is located in northern Chile, near the Bolivian border. Geysers are a specific environment that does not like proximity, so the closest settlement to the field was located there until 1959 and was engaged in sulfur mining.

The history of geyser formation in the desert goes back 2,000 years BC, attributing their appearance to volcanic origins. However, there have been no volcanic manifestations in the Chilean valley, which means the theory remains more of a guess. 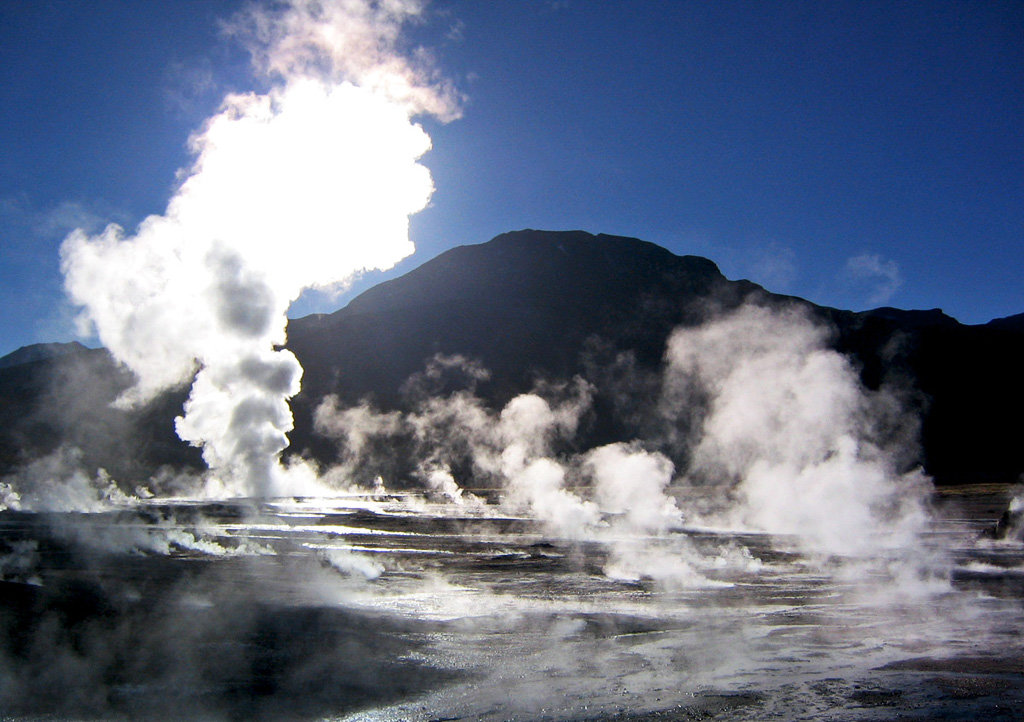 The field where the geysers are located belongs to Los Flamencos National Reserve. It consists not only of geysers and boiling fountains, but also fumaroles and mud volcanoes. The geysers reach their most active phase in the wee hours of the morning and become quieter by 9 am. Scientists have calculated that the height of hot springs can be up to 1 m high.

The springs contain their own microflora with some microorganisms, so-called extremophilic. This is a particular type of bacteria that can exist and multiply in geothermal conditions. 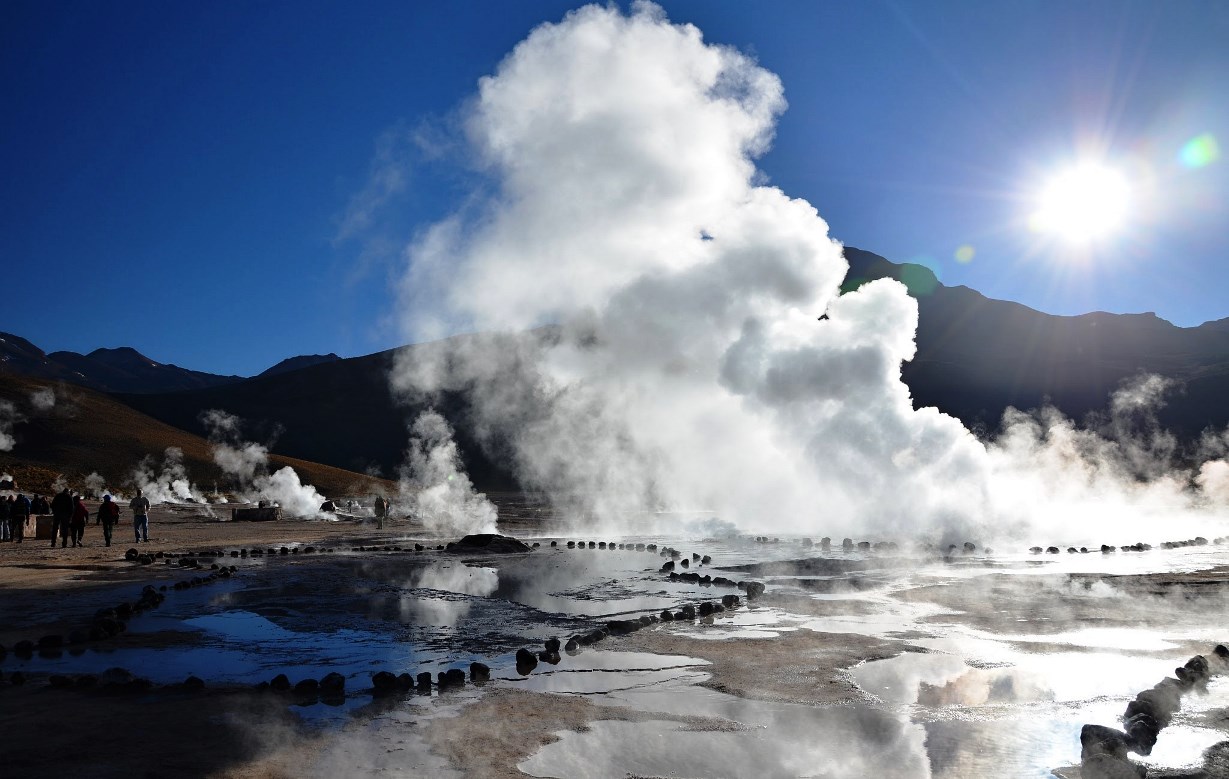 It is believed that this is the composition of soils that prevails on Mars and once upon a time was on our planet, at the time of the origin of life on it. Plots of the field with vegetation are not deprived of animal inhabitants either. Chinchillas, llamas, and other herbivores live there.

Tourists never miss an opportunity to swim in geysers that are encircled with stones and provide a smooth approach to the water. You can bathe for no more than 20 minutes, as the mud bottom has a high temperature, but it is not able to warm the whole thickness of the water to the optimum temperature, so a long stay in the water can seem uncomfortable. 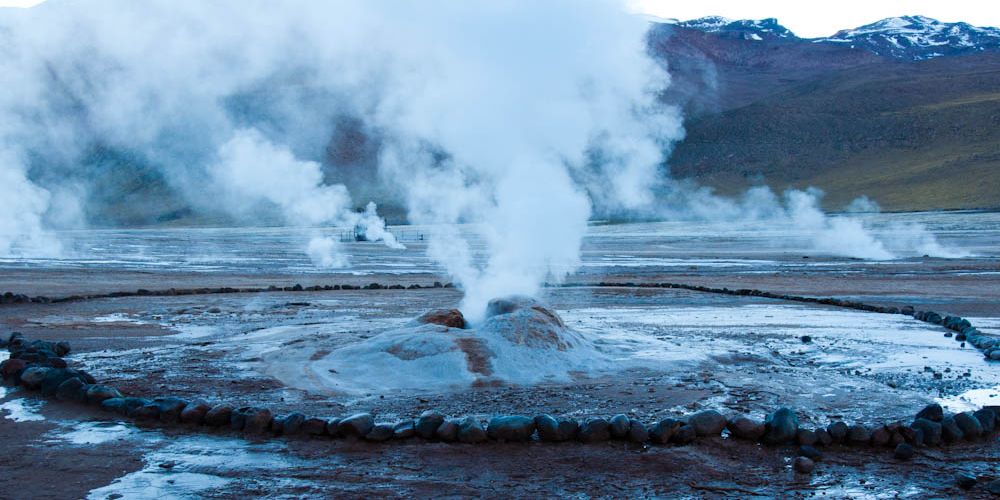 This desert is so inorganic that you can see quite unpredictable inhabitants of animal fauna near geysers. On a hill not far from the geyser field a flock of flamingos has settled peacefully, and a bit farther away you can see a vicuña grazing.

However, due to a large number of various chemical elements that are released into the soil and atmosphere, having the springs close to human habitation can be dangerous. 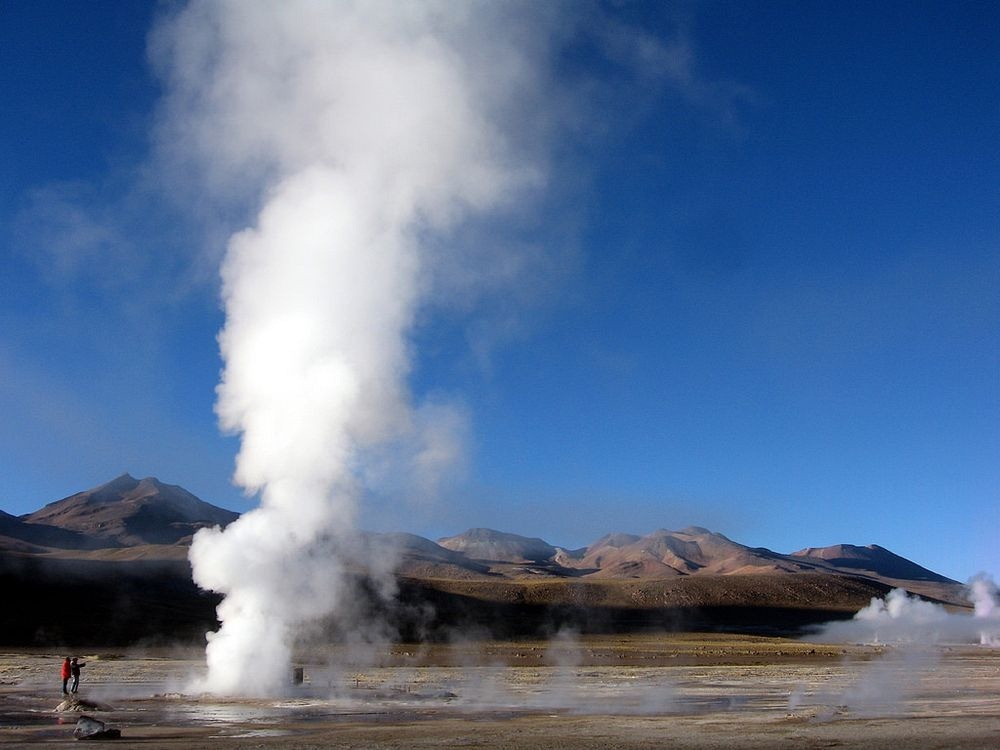 The fact that geysers contain arsenic, and its hourly presence in the soil not only poisons the surrounding areas, but also spreads with water further and can cause unfit for consumption water.

El Tatio concentrates 8% of all geysers and hot springs on the planet. In 2010 the geysers were designated as a protected area which brings considerable profit to the region. 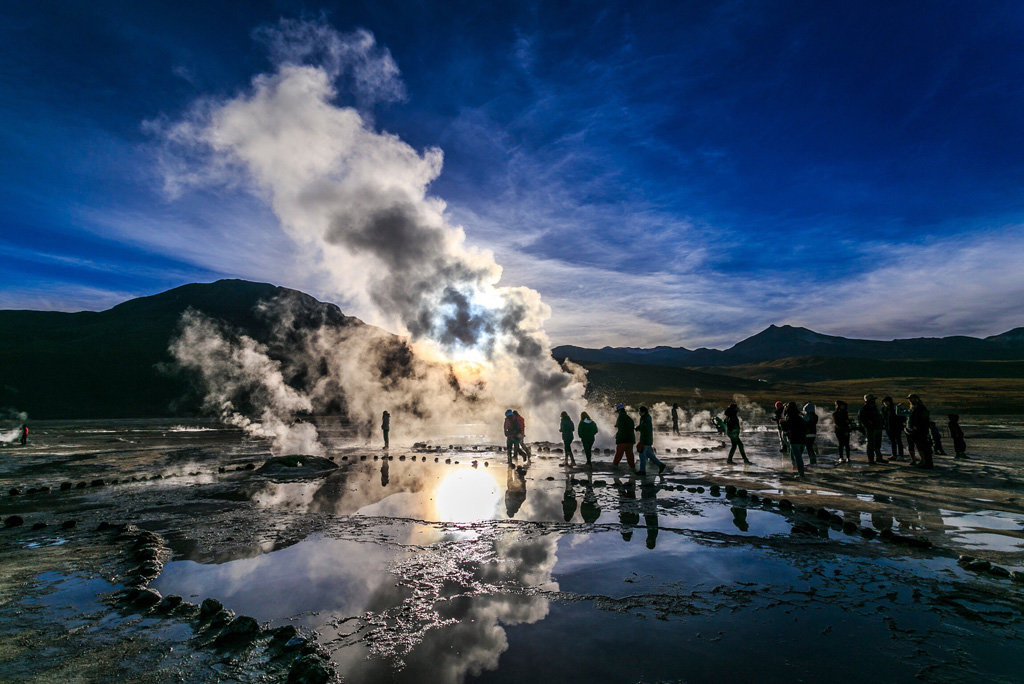 The daily tourist attendance at the field is about 350-400 people. However, due to the remoteness of the region, the energy of the springs cannot be used on an industrial scale. 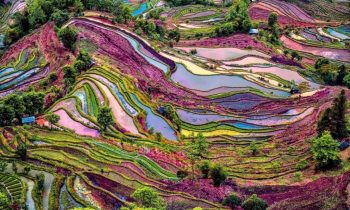 Many years before our time, Chinese civilization was actively cultivating rice. It was not just a food, but an undeniable part of the Celestial Empire. Once only the wealthy could consume it, in time it was consumed by all. 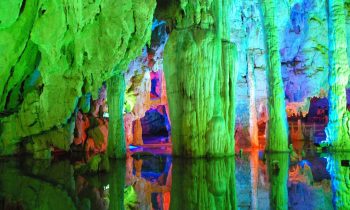 Caves are cavities beneath the earth, which are communicated by passages between them, and also come to the surface in certain places, forming entrances and exits. The largest of them form. 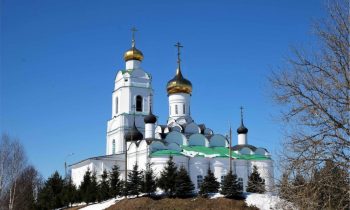 Vyazma is one of the cities of Russia, which is located in the Smolensk region. It has many architectural and historical monuments. Thanks to its attractions, many tourists go on an excursion. 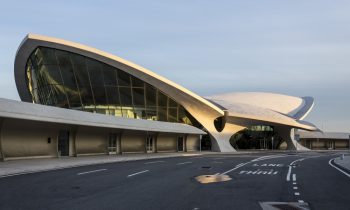 There are more than 20 thousand airports in the world, but only two hundred of them are named after famous figures. Who does it take to stay in the memory of millions of tourists from around the world? Charles de Gaulle airport, Paris. 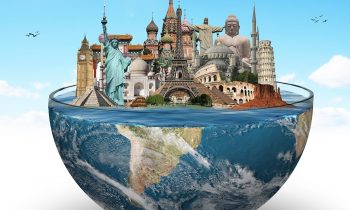 Most travelers visit a particular part of the world just to experience specific landmarks that are the heritage of the country. These sights are. 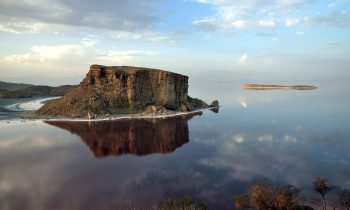 Due to natural causes and human activities, many bodies of water are on the verge of extinction. Some of the most famous dried up lakes include the following. Aral Sea The Aral Sea is located.

El Tatio is a giant geyser field in South America. It is located in the Andes mountain range at an altitude of 4,200 to 4,600 meters above sea level. This is the highest geyser field in the world. In addition, it is the largest in all of South America. El Tatio is the third largest in the world. In first place is Yellowstone in the U.S., and the Valley of Geysers on our Kamchatka. 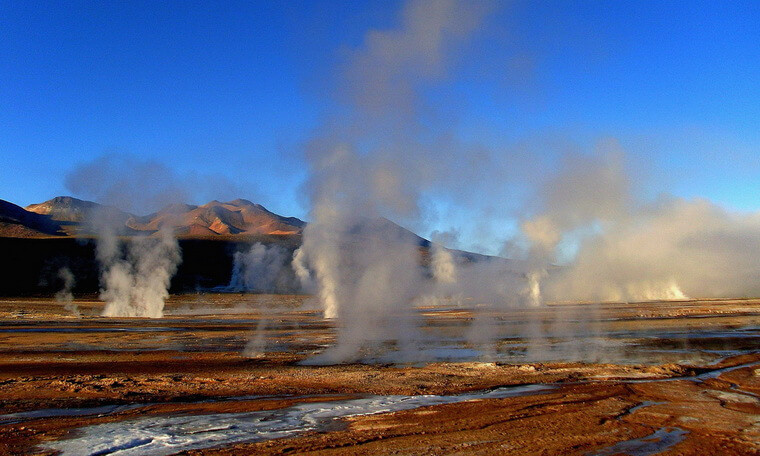 El Tatio lies in northern Chile near the Bolivian border. The geyser field is located in Antofagasta province, 80 kilometers north of San Pedro de Atacama and 100 kilometers east of Calama. Until 1959 the sulfur mining workers’ camp was the only small settlement practically next to the geysers.

Just 25 kilometers to the east, in Bolivia, is the amazing red Colorado Lagoon.

The Field of Geysers is an incredibly breathtaking sight. This fabulous high mountain location, surrounded by stratovolcanoes, is part of the local geothermal system.

El Tatio is 30 km 2 geysers and boiling fountains, hot springs and fumaroles, mud volcanoes and pools. It is all literally squeezed out of the ground and seeps to the surface. Geysers form pools of water with temperatures of 60-80 o C. Sometimes the water reaches a boiling point of 85 o C. Yes, don’t forget that as the altitude increases, the boiling point decreases. Therefore, water boils at lower temperatures in the mountains. 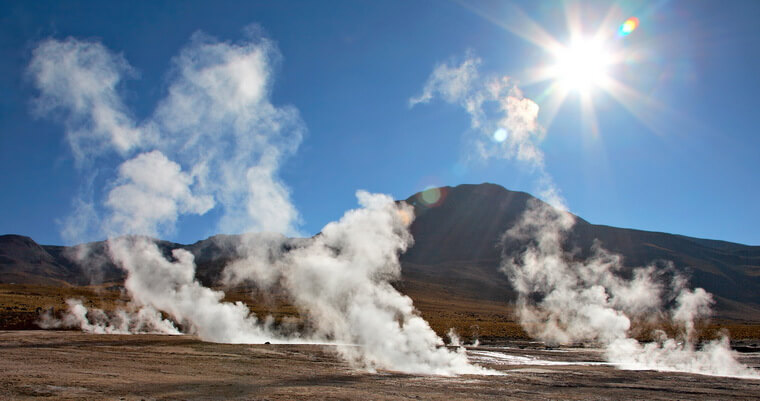 Water is rich in minerals and various chemical elements. In particular, there is a lot of sodium chloride, bromine, magnesium, boron, potassium and even arsenic, which pollutes the area and leads to health problems in the local population.

The surreal terrain allows scientists to speculate that such conditions may have been present on Earth at the time of the birth of life on it. It is possible that Mars had similar environmental conditions. 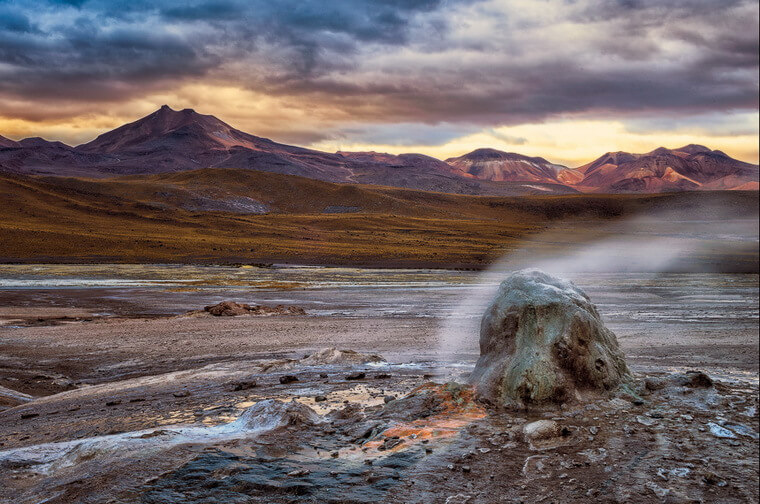 From March 19 to 21, 2002, researchers conducted an inventory of geothermal fields. As a result, they counted more than 110 sources. 80 of them were recognized as full-fledged geysers, and 30 just hot springs.

Despite the fact that the geothermal activity in the area is quite powerful, water eruptions usually do not reach even 1 meter in height. The average height of eruptions is about 70 cm. Depending on the season, hot springs produce 0.25-0.5 cubic meters of boiling water per second. 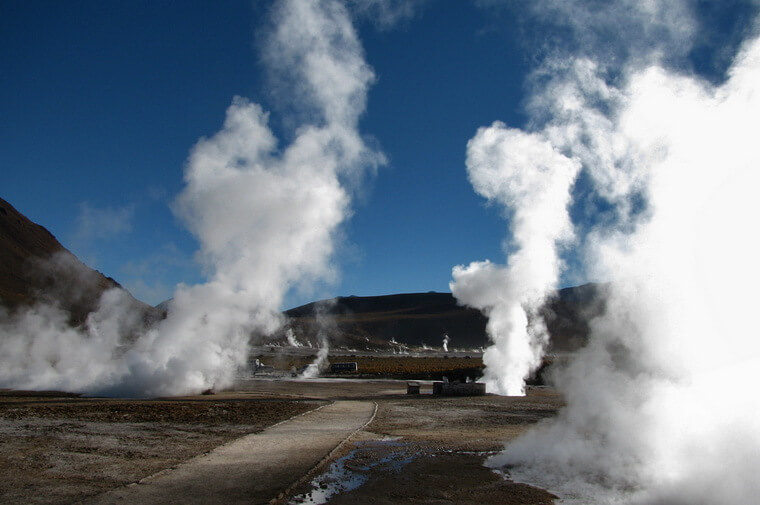 Interesting fact – El Tatio is home to 8% of all geysers in the world.

I must say that at different times there were different numbers of geysers and hot springs. At one time there were about 300 springs. It is said that at one time hot water springs were up to 10 meters high. 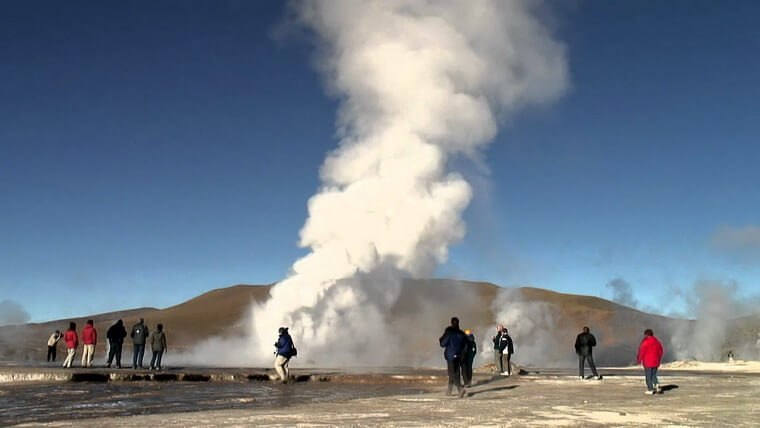 Several of the geysers had their own names. They are “Boiling Geyser”, “El Cobreloa”, “El Cobresal”, “El Yefe”, “Base Geyser” and “Vega Rinconada”.

An interesting fact is that an ancient Inca Indian trail from San Pedro de Atacama to Siloli passed through the geyser field. The Indians had a mountain sanctuary on one of the volcanoes. El Tatio is also known as the geysers of Copacoya.

It is customary to divide the geyser field into 3 separate zones. And each has its own characteristics.

READ
The Yungas Road of Death in Bolivia

The Middle Basin is a plane of silica which lies south of the Upper Basin. Geyser activity is much lower here. But there is a small artificial pool here for tourists. 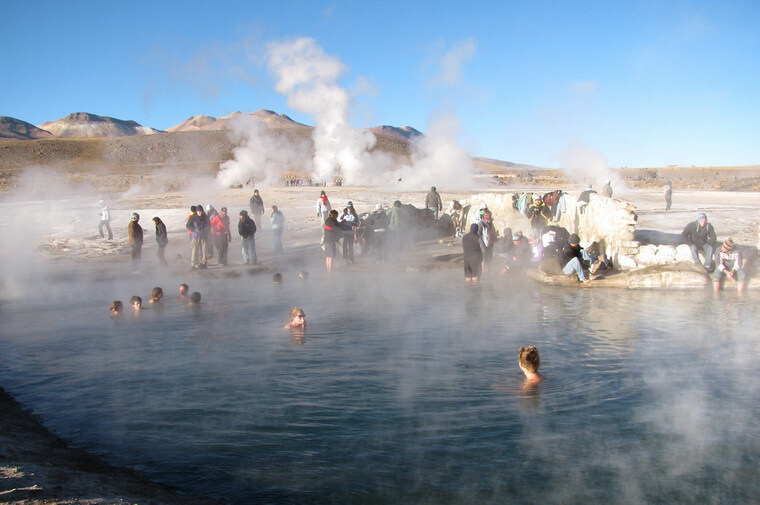 The Lower Basin is located on the banks of the Salado River, 2 km downriver from the Middle Basin. The peculiarity of this site is that it has geysers right in the river.

A bit of history and geology

El Tatio and a number of other local geothermal sites, such as Sol de Mañana, are part of the Altiplano-Puna volcanic complex.

The topography of the geyser field is formed by deposits of marine and volcanic origin from the distant Cretaceous period. Recent (from the historical point of view) deposits are created by glaciers, sediment and agglomerate.

Despite the many volcanoes in the region, there is no volcanic activity in El Tatio. This is proved precisely by the presence of agglomerate (strata compacted by time and mineral deposits).

Deposition of agglomerate from geyser waters produces spectacular landforms, including terraced basins, geyser cones, and dams. The deposition rate of sinter is estimated at 1.3-3.4 kg per m 2 per year. 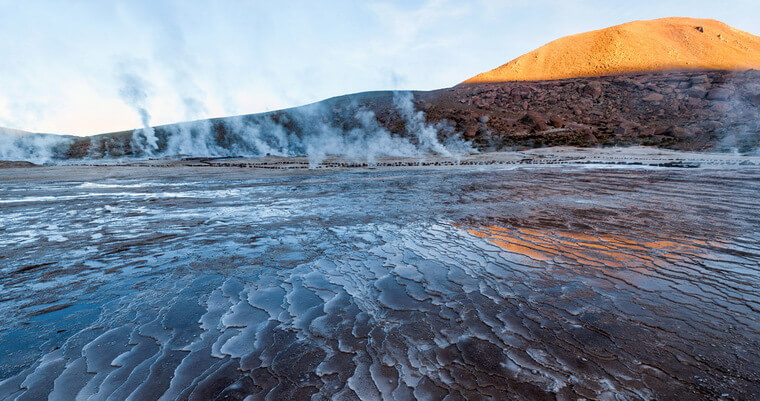 The high content of silica gives the water its blue color. Organic compounds such as carotenoids often color the agglomerate orange-brown. Some bacteria give the sediment a greenish hue.

READ
End of the World Swing - Extreme Swinging Over the Abyss

The earliest mentions of geysers in the region date back to the late 19th century. The first investigations took place in the 1920s.

Who lives in El Tatio

Yes, there is life in and around the geysers. Extremophilic microorganisms have been found in the hot springs. Vegetation is represented by small patches of grass. Animals include chinchilla, llama, and vicuña.

El Tatio in the economy

Approximately the geothermal energy of geysers is estimated to be at least 40 MW. And if we use all the hidden power, it’s already about 400 MW.

The Chilean government and private companies are looking for ideas to use this energy. But so far there has been no success because of the remoteness of the area. In addition, environmentalists are trying to prevent the industrial use of geysers. 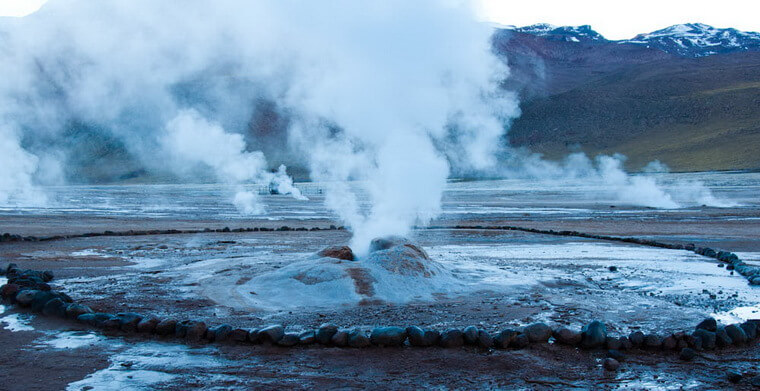 In 2010 the geysers were declared a protected area. But it is accessible to tourists. Up to 400 people visit these geysers daily, bringing additional profits to the region. People usually arrive here in the early morning to see the geysers “floating” in the air.

It is recommended to use the services of guides and observe safety regulations. Burns and even deaths are often registered at geysers.

Geysers and fountains can erupt suddenly. The fragile ground, under which the hot spring is located, can also be dangerous. In addition, geysers are at high altitude, which often leads to altitude sickness. The cold, dry climate creates an additional danger. Do not forget about the elevated levels of ultraviolet radiation.