What are the Great Lakes?

The Great Lakes are 5 lakes in the United States and Canada, are a kind of Lake Baikal in America and are the repository of 18% of all freshwater in the world.

The Great Lakes are unique. They are located in two countries (USA and Canada) and are connected by a network of rivers and canals, forming a water system. These freshwater lakes are called “great lakes” for a reason, there are 5 of them in total, the volume of drinking water in them is 22,671 km3 and the total area is 244,106 km2. Without this huge basin, much of North America would be without water.

The Upper is more than 400 meters deep. Michigan and Guron provide water for such major U.S. cities as Chicago and Detroit, and between Erie and Ontario is the magnificent Niagara Falls. According to one version, these unique waters were formed after the melting of the glaciers. Scientists have determined from the chemical composition of the fossils that the water in the lakes was once much colder. It took more than a hundred thousand years for the ice flow to carve out five of the largest pools on earth.

The most majestic of the five is Lake Superior. In a storm, its waves are up to 12 meters high. The volume of the lake is second only to Lake Baikal (the deepest and cleanest lake in the world). Along the coast there are many places for recreation and camping, which tourists are happy to visit in the summer. Scientific research is done here all year round.

Lake Michigan, which means “big water” in Native American, is 2,500 miles long and resembles the Pacific Coast. It surprises even the most fickle tourists. Holidays near this reservoir elite and expensive pleasure, and the most popular activity among locals and visitors here is fishing.

The name Guron comes from the Native American tribe of Huron, who formerly lived along its shores. The reservoir contains a huge number of islands (about 30 thousand), many of which are natural and historical reserves. Guron water is clean and clear, but it only heats up to +14 – +16 degrees.

Lake Erie is the smallest of the Great Lakes. Its waters and favorable environment have a great influence on the emergence of many different fish, which makes the body of water very popular for fishing. On the banks of the Erie the best grapes are grown. Agriculture and shipping are well developed here.

Lake Ontario is like a vast blue sea, and the city of Toronto, near Lake Ontario, is a great entertainment center for families during the summer. The large port cities of Hamilton, Rochester and Kingston are situated on the lake’s low-lying shores. Because of its shallow depth, it never freezes or storms, making it ideal for agriculture.

Researchers believe that the lakes contain about 18% of the world’s freshwater supply. The Great Lakes basin is home to more than 174 species of fish (perch, salmon, carp families, etc.). The best bass fishing in the world, according to scientists, takes place in these very places.

Groundwater is the main source of power for the vast basin. And the famous reservoirs themselves supply water to more than 30 million people living in Canada and the United States. The main activities of the population are industry, trade, tourism, and communication. Because of the large concentration of pollution, reduction of fish number and presence of dangerous chemicals in reservoirs, in 1972 an agreement was signed between the United States and Canada to improve water quality in the Great Lakes basin, on which countries have allocated several million dollars.

People from all over the world are eager to visit this unique natural monument. Tourists call the place a “resort paradise”. They go there in search of unforgettable experiences, fresh healthy water, and clean air, which are enough for everyone.

The Great Lakes of North America are a unique natural system consisting of five large lakes connected to each other by rivers and straits. In this article we will learn which lakes are honored to be called the Great Lakes, their history of origin and where they are located.

The Great Lakes are located on the territory of two countries: Canada and the United States. They belong to the basin of the Atlantic Ocean, and the occupied area is 245.2 thousand square kilometers with a water volume of 22671 cubic kilometers. This water system includes five major freshwater lakes and numerous smaller lakes and rivers. 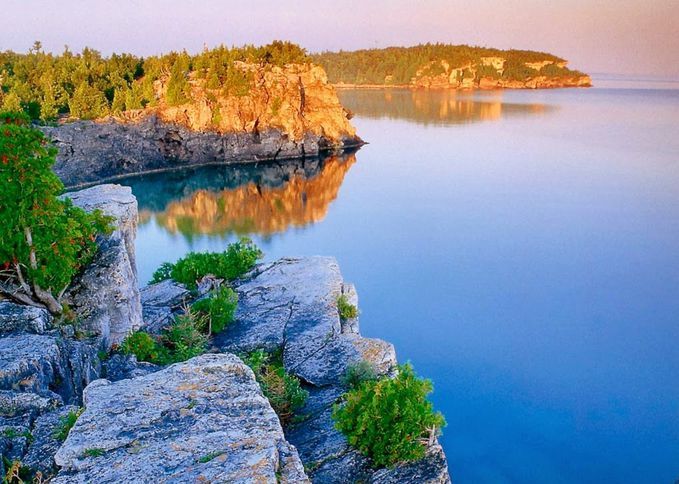 The Great Lakes are about 7.5 times larger than even Lake Baikal in terms of area occupied. Despite this, Baikal holds more water, indicating that the Great Lakes are shallow. Baikal has an average depth of 744 meters, while the North American Pearl is 147 meters deep.

The Great Lakes include:

All lakes are connected by rivers, canals, and straits and together form a unique water system that exists only in North America.

The origin of the Great Lakes system dates back 12,000 years ago, when the territory of modern North America was covered by ice. Under the influence of tectonic processes, depressions – pits were formed, which gradually filled with fresh water. Where did the water come from? The truth is that the climate was gradually changing and the continent was getting warmer. The ice melted and the water filled the hollows and thus formed lakes.

Read along with this

Lake Superior is the largest lake in the world by area, the other lakes in the water system under study are quite “small” in comparison. It got its name because of its location. It is 186 meters above sea level. The lake is located on the territory of Canada and the United States at the same time. The St. Marys River flows out of this lake. 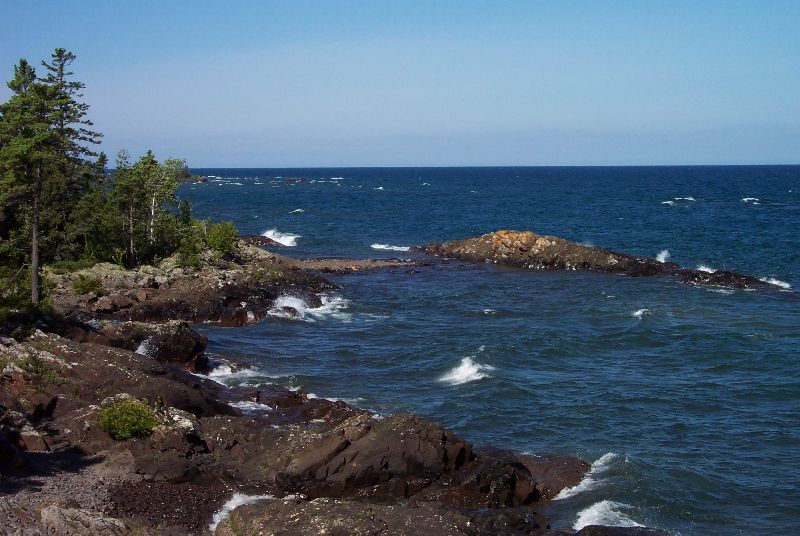 What does the Canadian province of Ontario and one of the U.S. states of Michigan have in common? Both territories have access to Lake Guron. This lake is unique in that it is connected to the Upper, Michigan, and Erie through the St. Marys River, the Straits of Machino, and the Detroit River, respectively. The lake is also located in both Canada and the United States at the same time. 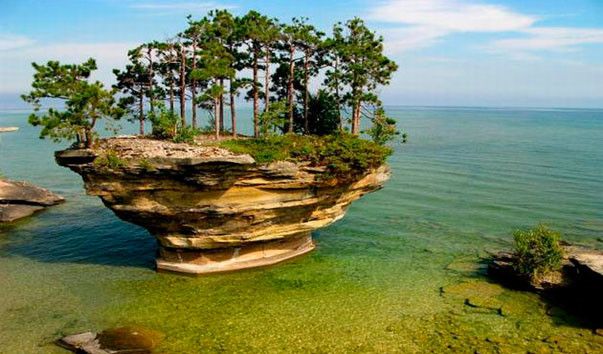 Lake Michigan is the fourth largest freshwater lake in the world. Its peculiarity lies in the fact that it is located exclusively on U.S. territory. All other lakes of the “Great Five” occupy space in both the U.S. and Canada. Scientists often do not separate Guron and Michigan into separate lakes, but consider them as one. After all, they are on the same level and are connected by a deep strait.

In the language of the Native Americans who originally lived on these lands, the name mishigami translates as “big water.”

Most of Lake Erie is in the United States, in Canada it washes the shores of the province of Ontario. It is connected to Lake Ontario by the Niagara River. It is in the bed of this river that the world-famous Niagara Falls are located. The lake is not as deep as other lakes, and the water is well heated, which helps a lot of fish species to breed.

The last lake of the Great Lakes is Lake Ontario. It is the smallest in this water system. Its area is 20,000 square kilometers. It is connected to the Atlantic Ocean by the St. Lawrence River. Because the Atlantic Ocean is very close, the water in the lake almost never freezes.

What have we learned?

The Great Lakes System of North America consists of 5 major freshwater lakes. They are all in two states, the United States and Canada, except for Lake Michigan, which is entirely in the U.S. states. All of the lakes are of glacial origin and are connected by rivers and straits.