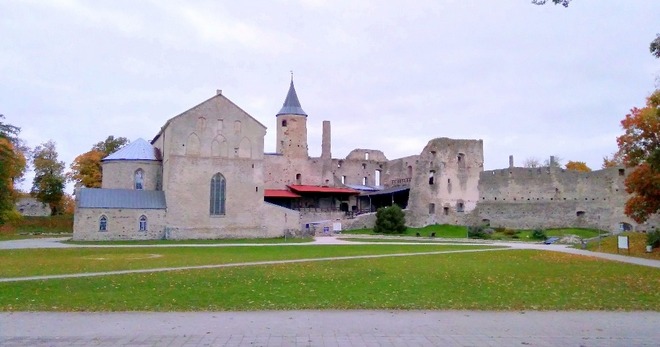 Haapsalu city is famous for its ancient monuments of architecture. Many of the medieval buildings have survived to this day, so tourists come to Haapsalu with two goals – to improve their health and to admire the interesting sights.

There have been human settlements on the site of Haapsalu (Estonia) since ancient times. Originally they were villages, but since 1279 they turned into fortified buildings, which became the main residence of Ezel-Viksky bishop.

In the old days the town was called Hapsal, but then it was renamed “aspen grove”, which is how Haapsalu is translated from Estonian. A trip to the resort will be quite educational, because the history of Haapsalu counts 300 years of colonization by the Swedes, Germans and Danes. A lot of time the city is a part of the Russian Empire, which was reflected in the architectural appearance. 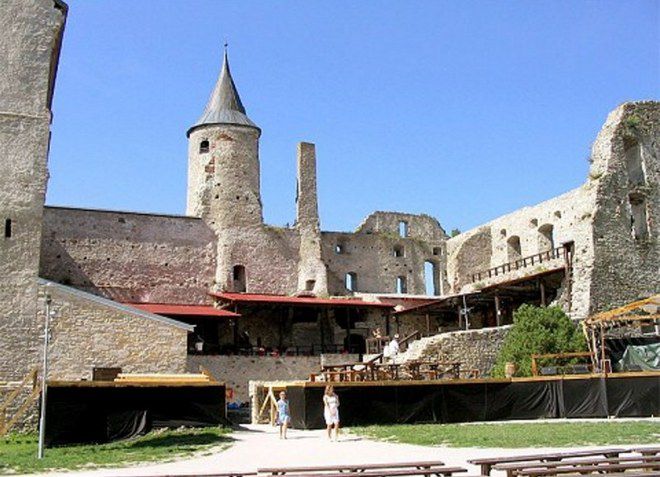 What is interesting about the city?

This place has long been famous as a resort for the Russian aristocracy and still attracts people with its quiet and measured pace of life. The city of Haapsalu hospitably welcomes tourists and allows them to visit exquisite restaurants and take part in numerous international festivals.

It is really worth wandering around the city, given that you do not have to travel long distances. After all, Haapsalu covers an area of only 10.6 square kilometers, but on this territory there are numerous churches, old houses and museums, parks. Haapsalu, the sights of which are known throughout the world, is especially famous for its medieval Bishop’s Castle. It is located in the center of the city and attracts tourists with the legend of the White Lady. The latter is a non-state symbol of the city. 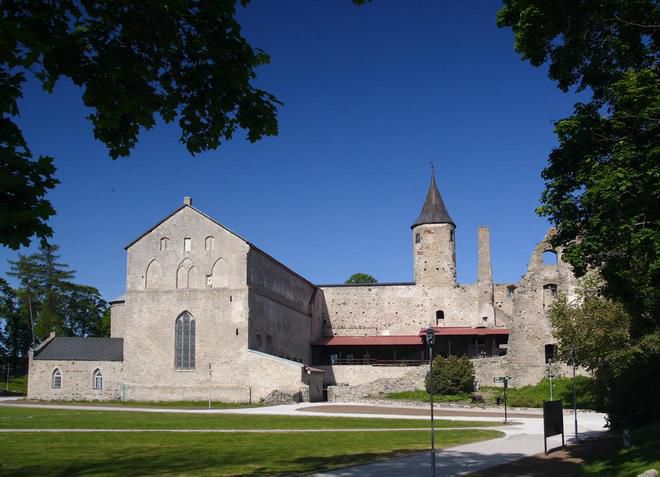 Haapsalu is a resort that must be visited with the family, because here you will find entertainment for all tastes. In addition to taking mud baths, you can go on a picnic or go sailing. Doubting the quality of services today is simply impossible, given the development of tourism infrastructure.

READ
Events and attractions in Manarola.

You can raise your cultural level and get acquainted with the historical facts in museums such as:

On the streets of the city there are a large number of monuments to prominent people, as well as a variety of entertainment places, such as a birdwatching tower or a children’s playground near the castle.

The weather in Haapsalu is quite comfortable despite the proximity of the Baltic Sea, but in the summer it always rains a lot. At the same time, summers are warm and winters are mild. Vacationers will be able to relax on the sandy beaches, swim in the warm sea water and improve their health in the healing mud baths.

Hotels Haapsalu (Estonia) is diverse, so any tourist will be able to find suitable temporary accommodation. Many of them are located in picturesque places with pine forests and all modern conveniences in the form of stores, swimming pools and free parking. If you wish to see the amenities of Haapsalu hotels, you can take a look at the pictures, which will help you get acquainted with their furnishings and conditions. Some of the most popular hotels include: 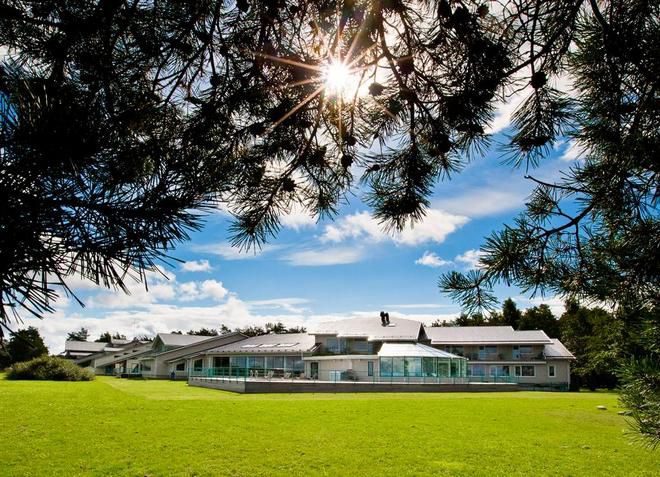 READ
Havana, the capital of Cuba: all the sights of the city

How to get to Haapsalu?

To get to Haapsalu you can use buses that run from Tallinn and Pärnu. There are no direct transport connections to other major cities in Estonia, so you first have to get to Tallinn.

Haapsalu is one of the most popular Estonian spas. It is surrounded on three sides by the Baltic Sea. There is beautiful nature and ideal for a quiet holiday.

Most travelers come here in summer to bask in the clear waters, but even in winter and autumn there is something to do. One of the most popular areas of local recreation is mud treatment.

What else to do at a popular Estonian resort? Find the answer in our material.

Haapsalu on the map of Estonia

What to see in Haapsalu – the main attractions of the city

In this small resort town, everything is adapted for a comfortable holiday. Visitors note that here are immersed in an ancient medieval era. And besides, they get a great aesthetic pleasure.

Getting here from Tallinn is very easy. It is enough to take a bus, going straight to the resort. Approximate travel time – 3 hours. 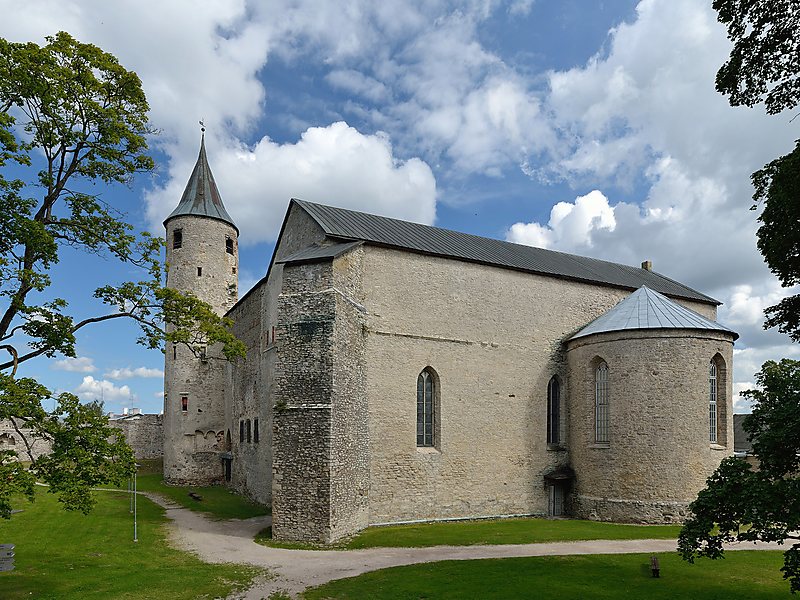 One of the main “visiting cards” of Estonia. The building was built in the 13th century and is a defensive construction. Its appearance resembles a castle from ancient legends.

Toom Niguliste Cathedral is the main decoration of the castle. It is considered a true masterpiece of Baltic architecture. It is in the building of the Cathedral today are collected chic exhibitions of the Middle Ages, which show tourists. They include church utensils, weapons of old warriors and documentation about the construction of the castle.

Tourists who come to see the Bishop’s Castle are invited to climb to the top of the bell tower building to admire a beautiful view of the city. It is absolutely free. By the way, worship services are still held here. Every parishioner can visit it. Everyone is welcome here.

READ
The sights of the city of Palma de Mallorca. 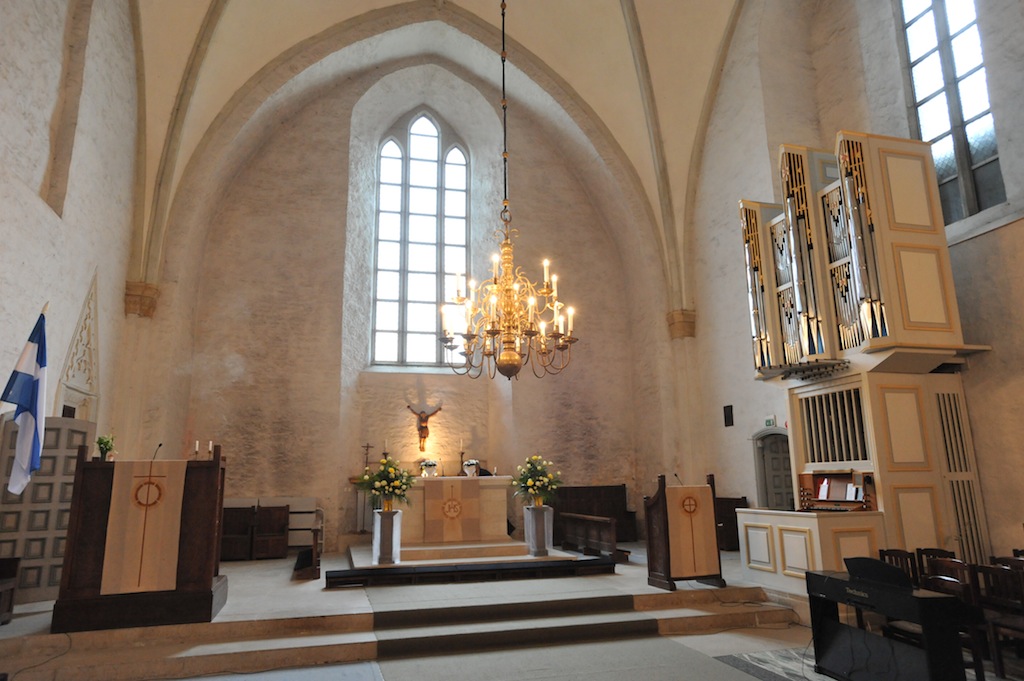 Another ancient building, built in the 13th century. It is considered one of the main religious sites in the Baltics.

St. Nicholas Cathedral was built for prayer purposes, but its walls also served as a shelter for civilians who were being raided by the enemy. A shelter for the population was provided in the attic of the building.

Around the 16th century, the building was completed. On the upper floors, in addition to divine services, there were baptisms or funerals.

Throughout its history, the cathedral has been destroyed several times, but each time it has been rebuilt. So, in the second half of the 19th century it acquired its final appearance, which we can see today. 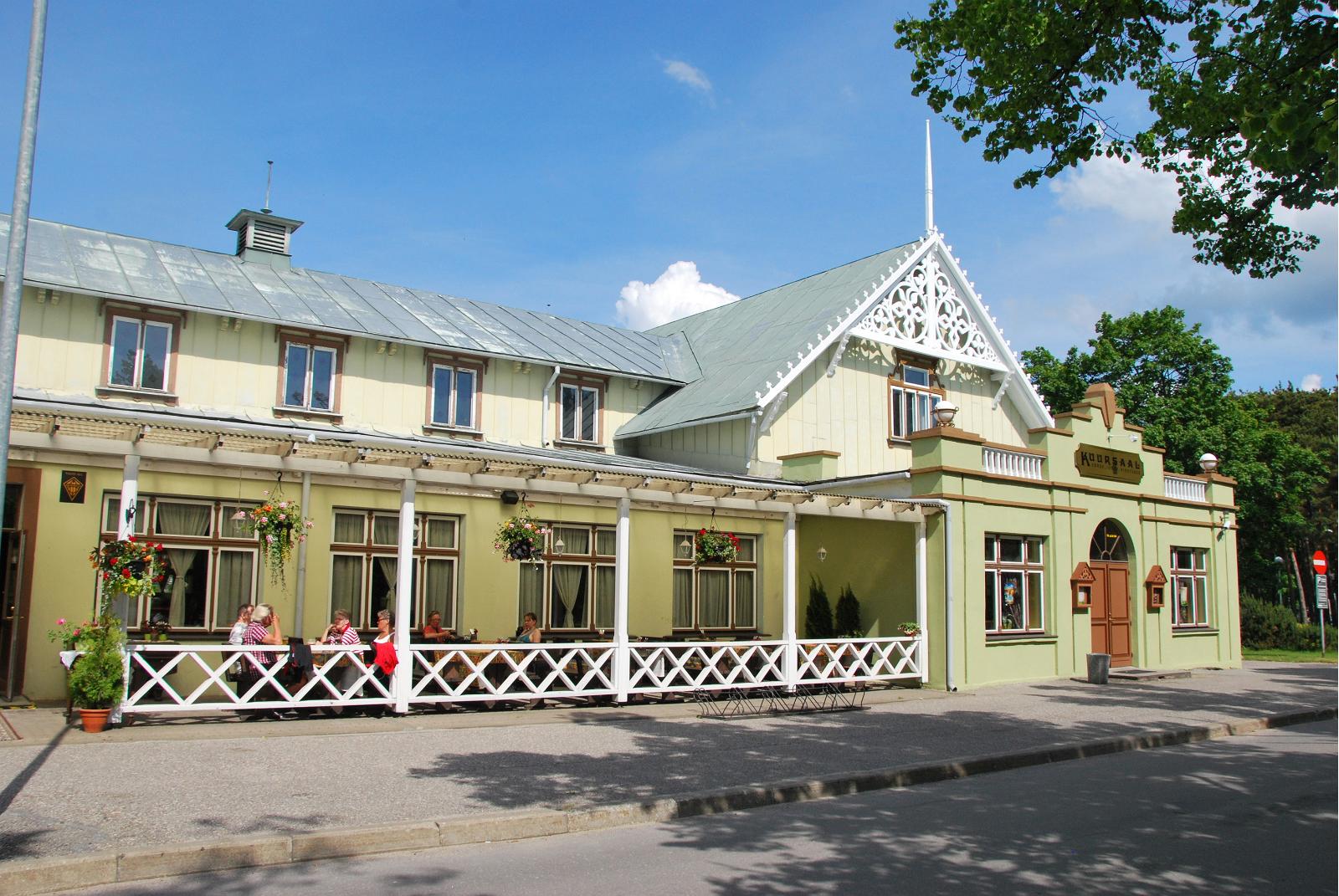 Kursaal is a small wooden 2-storey building. Its roof is decorated with beautiful carvings. It has a pitched roof. The kursaal was built in the 19th century.

It is a very beautiful place, where people often come to enjoy the nature and have a good meal. Yes, in the building of the historic kursaal there is a restaurant of Estonian cuisine, where the guest can taste the traditional delicacies of the region.

And there is also a brass band, whose music can be enjoyed completely free of charge. Next to the restaurant there is a bandstand. In the summertime it has tables where guests eat. 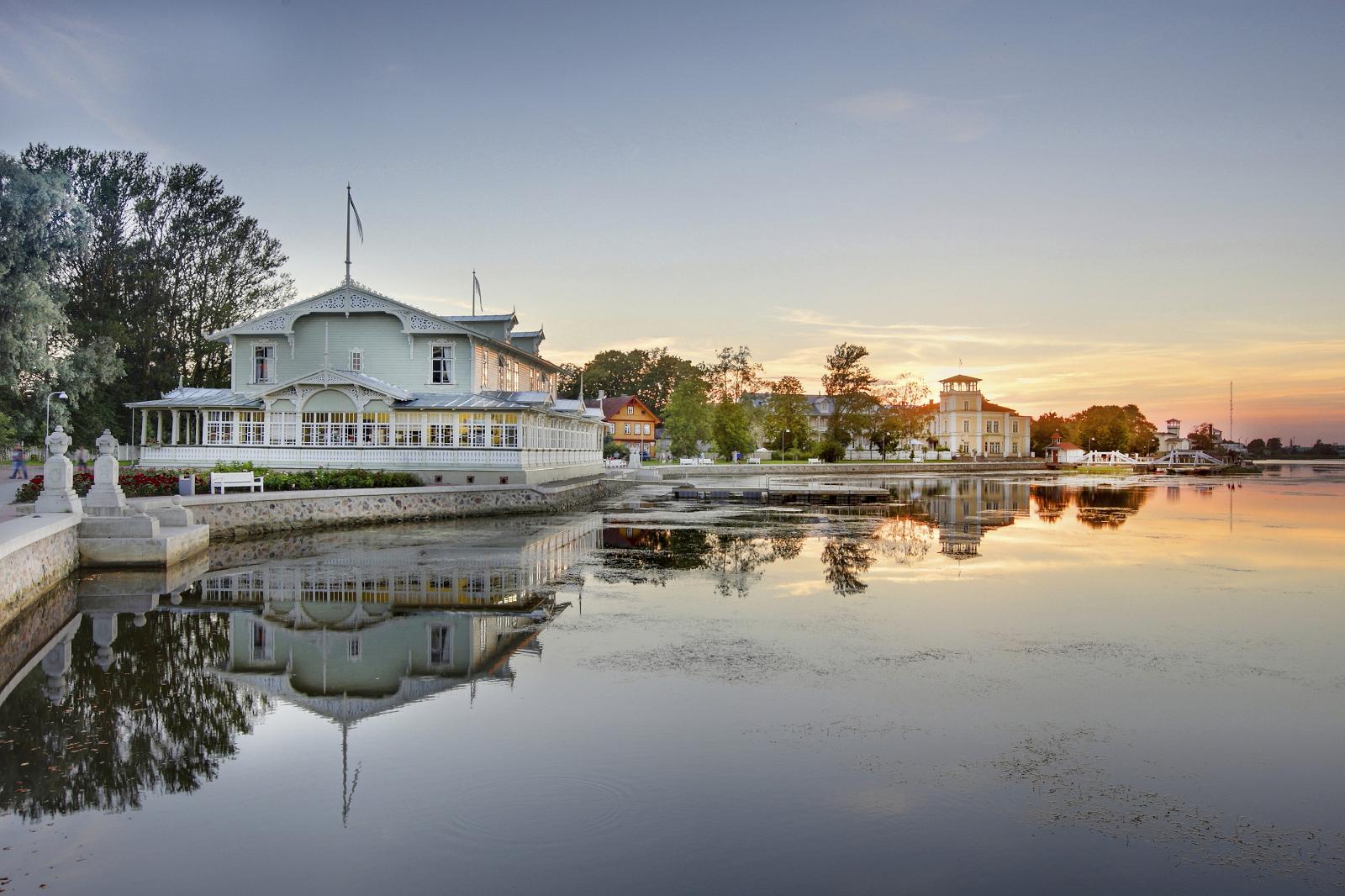 One of the main attractions of the city associated with leisure. The promenade is a promenade connecting one of the city’s beaches with the city.

Along the promenade line, through which this platform runs, there are stone benches on which you can sit down to enjoy the peaceful view of the Baltic Sea and listen to the sound of the surf. 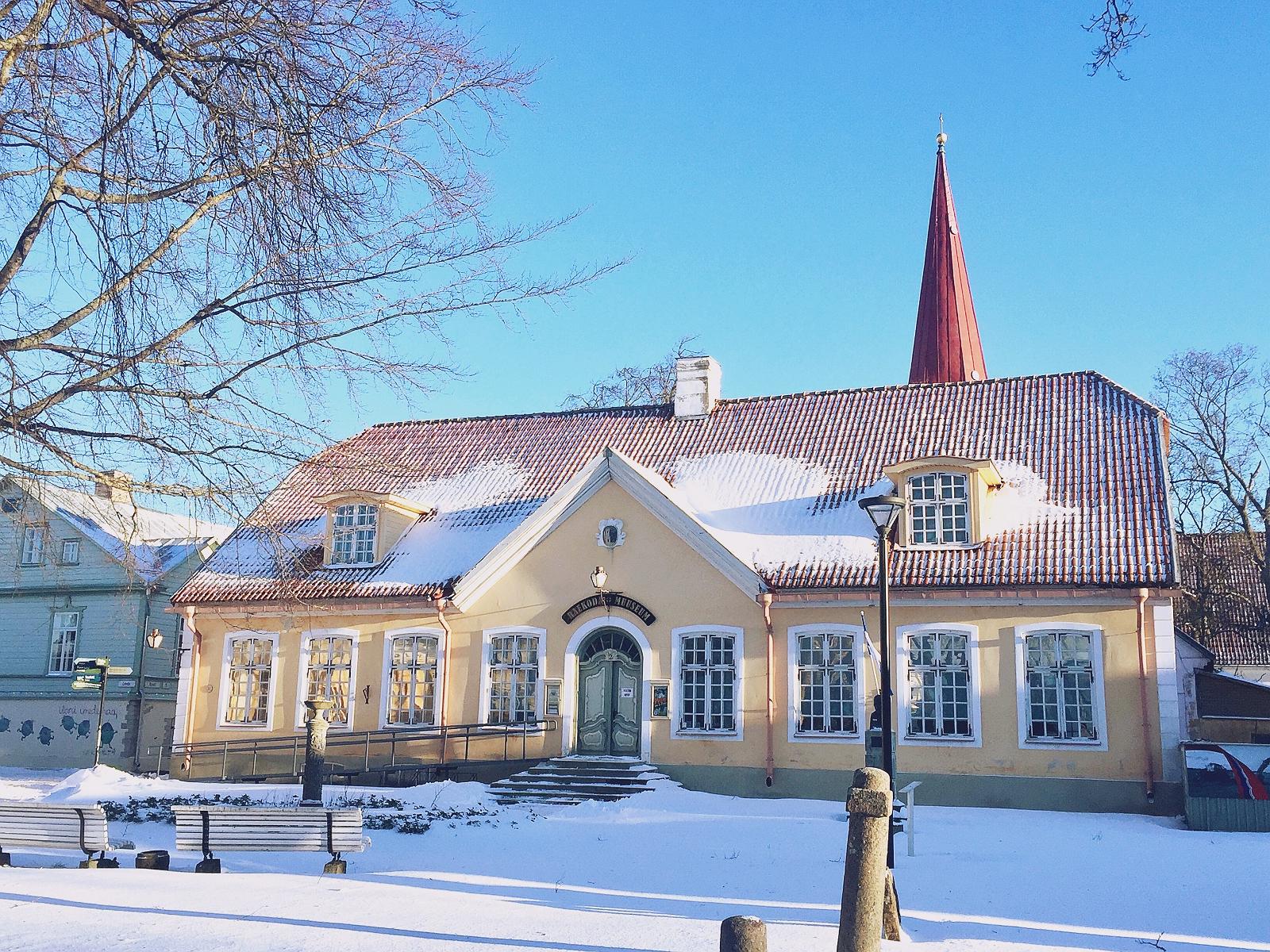 The local town hall is built in the classic baroque style. It is almost unremarkable in appearance, has a white shade of wall decoration and a red roof.

Today in the building of the town hall operates the city museum.

What to see in Haapsalu in 1 day

It is not always possible to fully explore the country or its individual cities. If you will be in Haapsalu just 1 day, we recommend to get acquainted with these objects: 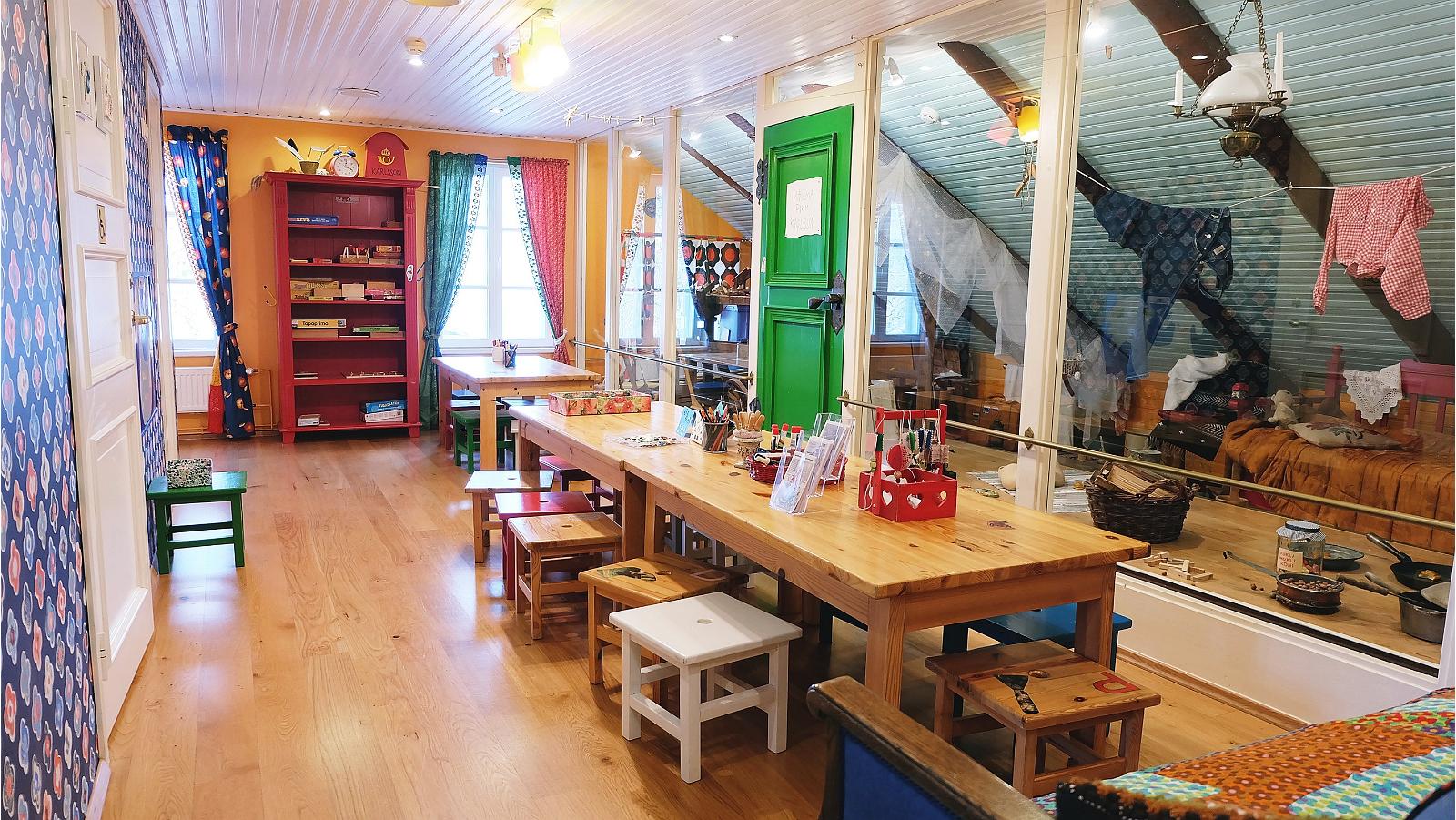 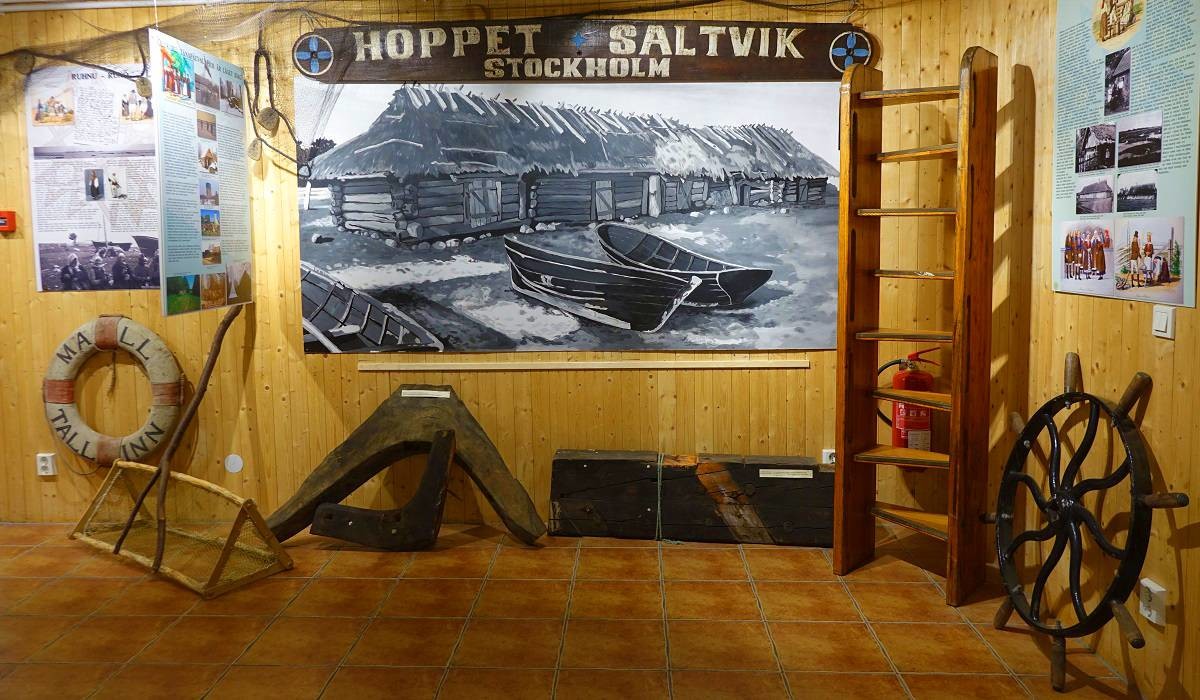 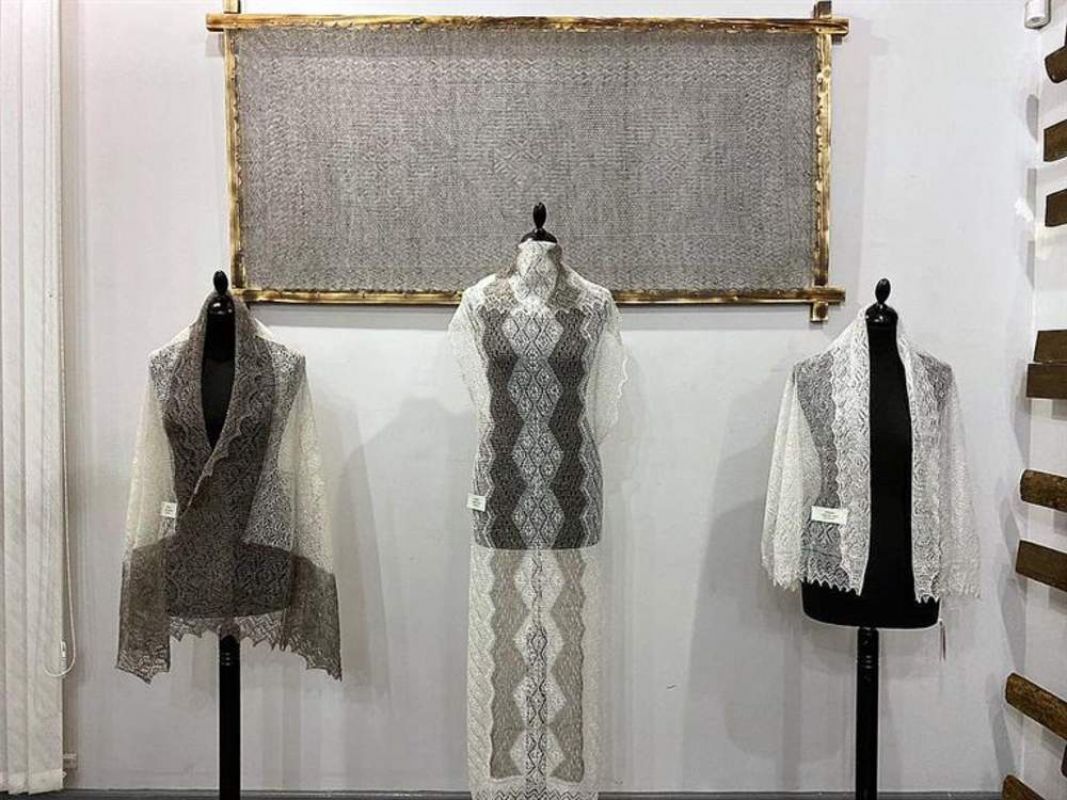 This is not a complete list of interesting places of this resort town, which may interest you. If going to museums does not seem interesting to you, we advise you to visit one of the spas in Haapsalu. The most popular type of spa procedures is bathing in the healing mud.

Even being in the local neighborhood, you can have fun and interesting time. First of all, we recommend visiting Matsalu National Park .

This is a very beautiful place, which is adjoined by small islands and the delta of the Kasari River of the same name. It is home to more than 300 species of animals and birds. Local nature is wild and mysterious. Tourist will be very interesting here. We recommend climbing the Matsalu Tower to have the best view of the park.

If you want to get the most out of your walk in the park, we recommend buying a 4-hour guided tour.

After enjoying the vastness of the park, we advise you to go to the ruins of Ungru Castle. It was once a chic aristocratic manor house with a large garden next to it.

READ
Seville is a hot Spanish fairy tale, a city in details.