Mount Hekla is located in the volcanic zone along the southern coast and is the most active volcano in Iceland with more than 20 eruptions since 874.

It is part of a 40 km long volcanic range. The most active part of this ridge is the Geklugiau Gorge, which is about 5.5 km long. The volcano resembles an inverted ship, its keel is a series of craters, 2 of which erupt most frequently.

The area around Hecla was once covered by forest. The forest and some of the grasses are quite resistant to ash and pumice, yet the combined effects of man and volcanic activity have made the soil prone to erosion.

There is a plan to revive the former birch and willow forest of Heckluskougar. Implementing the largest project of its kind in Europe will stabilize vast areas of volcanic ash and help reduce erosion.

How many times has Hecla erupted?

The infamous volcano has erupted at least 20 times since Iceland was settled in 874. The largest eruption occurred in 1104, suddenly releasing millions of tons of tephra. The volcano erupted four times in the 20th century, most recently in 2000.

Icelandic geologists believe that the next eruption will not have to wait long, so they are closely monitoring Gekla. On the mountain installed a variety of instruments that measure any geological changes. Half an hour before the last eruption, they were able to detect characteristic signs, and people were notified and evacuated in advance from nearby areas.

The word Hekla itself means “short hooded cloak,” which may be related to the clouds that often conceal the peak. After the 1104 eruption, Cistercian monks throughout Europe spread tales that the mountain was a “gateway to hell. It is also called the “Judas Prison” and the legend that witches gather there at Easter is still alive.

What to do near the volcano?

Hecla is a popular place for hiking. There is a trail leading to the top, and the road takes 3 to 4 hours. In the spring you can go skiing at the crater, and in the summer you can go climbing.

At the same time, all tourists are informed that the volcano can burst into flames without warning, so everyone decides for himself whether he wants to take such a risk.

Nearby is the Hecla Center, which provides tourists with information and advice, as well as organizing exhibitions and various art events and programs on the mountain.

What to see near Hecla?

There are other interesting places with natural wonders in the vicinity of the volcano, such as the Tjeursaourdalur Valley with several beautiful waterfalls and unique rock formations.

Nearby is the Stöng Viking farm, whose ruins were excavated centuries after being buried under lava flows in 1104. 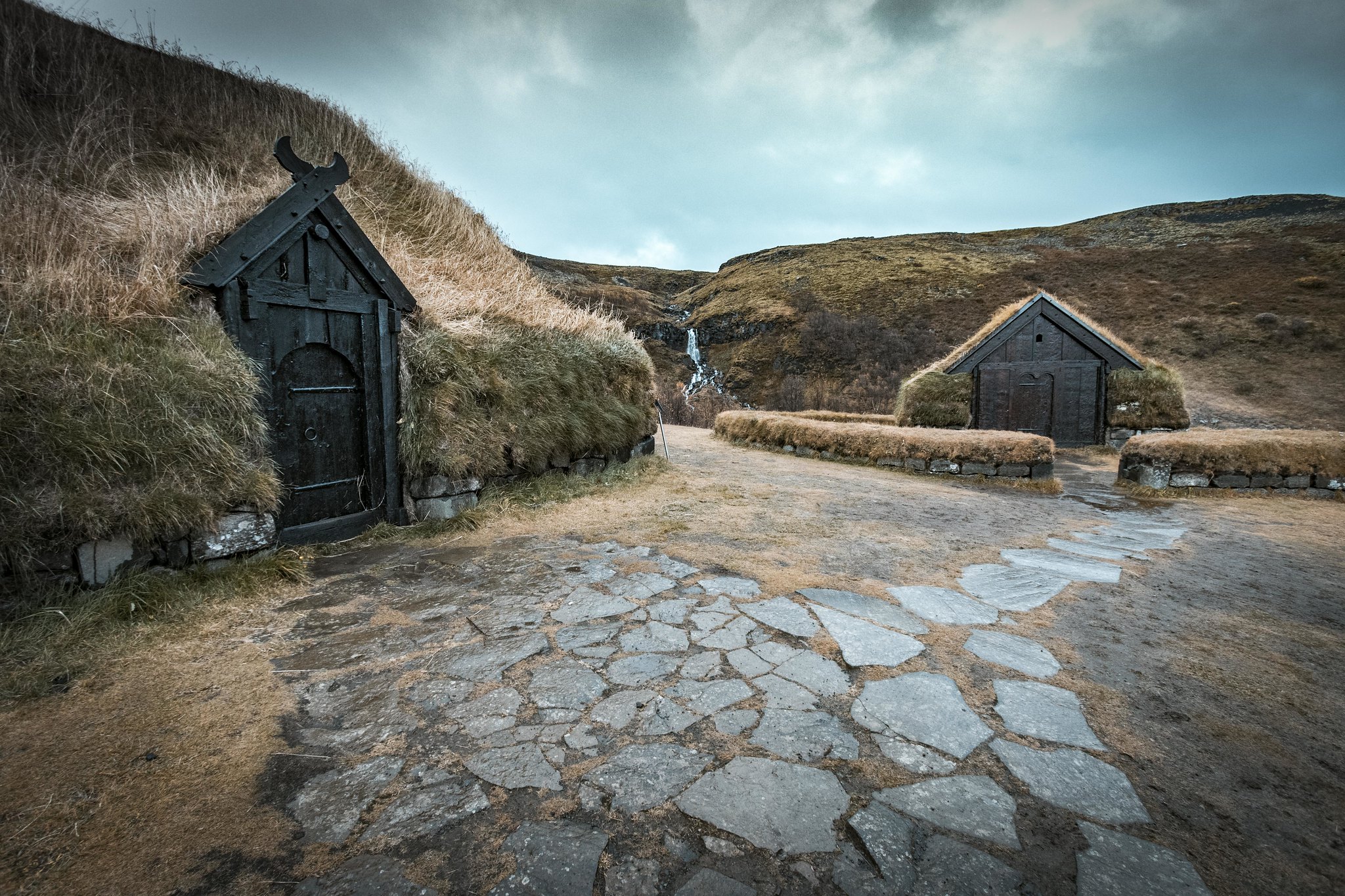 How to get to the volcano?

The staff at the Hecla Center at Leirubakki Farm can tell you how to get to the mountain. We recommend taking a 4WD vehicle because of the many steep slopes and deep ruts. The distance from the information center is 16 km.

Hecla is about 90 minutes from Reykjavik and rises over the southern part of Iceland on clear days. If you go on the Golden Ring Tourist Route, you won’t miss it.

Check out the detailed travel guide for this region. Find out what cities to visit and what places to see: The Beautiful South Coast 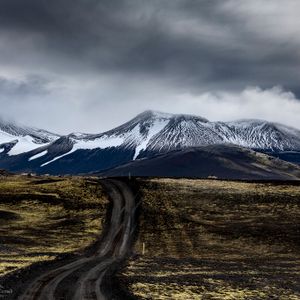 Tjøursaurdalur is a natural wonder in an oasis on the edge of the Central Highlands of Iceland.

Iceland’s uninhabited inner plateau is the perfect place to explore the unspoiled nature of the Landmannaløygar and Fjadlabak areas.

The Toursmörk Valley is located in the south of Iceland, between the glaciers Tindafjallajökull, Myrdarsjökull and Eyjafjallajökull and was named after the Scandinavian god Thor.

The Saga Center in the south of Iceland was opened in 1997 in the town of Hvolsvödlur.

Please cite the source when quoting material from this site, and respect the work of others. Thank you for understanding.

Hecla is one of the most famous and beautiful volcanoes in Iceland. It is located in the southern part of the country 50 kilometers from the Atlantic coast and 40 kilometers north of the famous Eyjafjallajökull volcano.

Volcano Hecla on the map

Hecla is a stratovolcano. Its height is 1491 meters. It looks like a large boat turned upside down with its keel upside down. 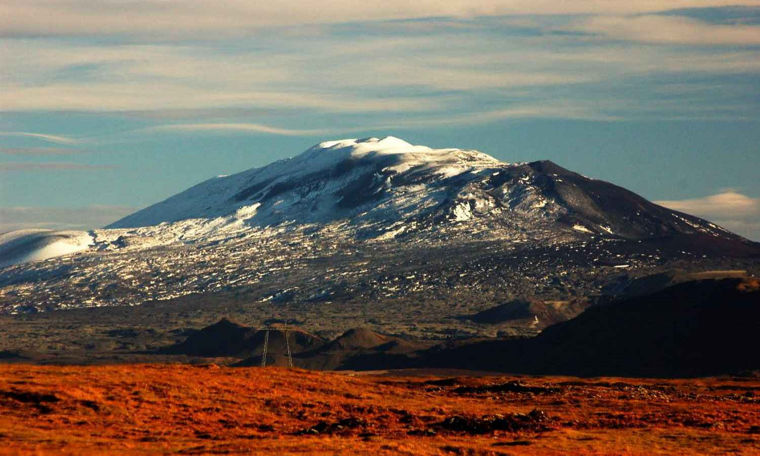 In Icelandic it means “cloak with a hood”. In Latin sources, the volcano is called Mons Casule (meaning “cloak mountain”). Most likely, this name is due to the abundant cloud cover, often observed over the peak. 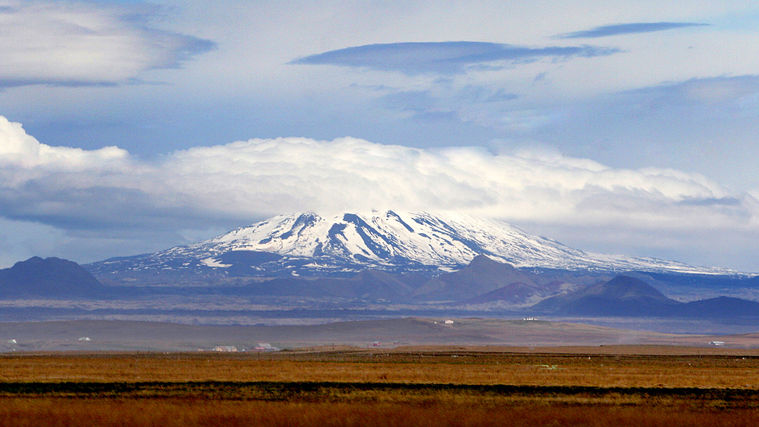 The volcano is part of a volcanic ridge about 40 km long. But the most active part is considered a fissure of 5.5 km long. It is called Heklugja (in the original Heklugja) and it is part of the Hecla. When the eruption begins, the whole crack opens and begins an unpredictable and crazy noise and light show with tongues of fire and clouds of ash.

This volcano is recognized as one of the most active in Iceland. It has erupted no less than 20 times since 874 until today. The last eruption was recorded in 2000. Volcanologists have proven that Hecla has been volcanically active for the past 6,600 years.

Analyzing the deposits of volcanic ash, scientists have concluded that in ancient times, the volcano has not once shown its harsh temper. For example, there were several large eruptions in 5050 BC, in 3900 BC, in 2310 BC and in 950 BC. Given present-day activity, it can be assumed that many smaller eruptions have occurred with enviable regularity over thousands of years. 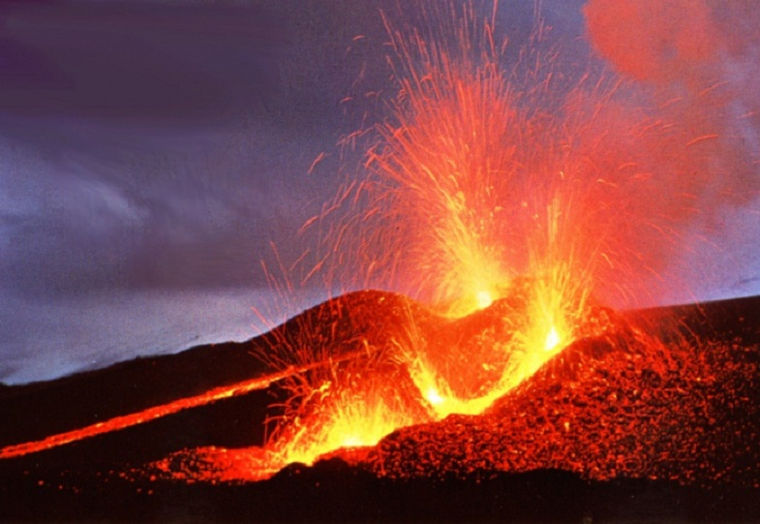 The most significant eruption of the Hecla volcano before our era is considered to have been in 950 B.C. (according to other sources 1159 B.C.). At that time the ash column rose to a height of about 7.3 kilometers, and its traces were later found in Ireland and Scotland. This eruption caused average Northern Hemisphere temperatures to drop by several degrees over the next few years.

It is not for nothing that in the Middle Ages the volcano Hecla was called the “Gates to Hell”. One monk once wrote “The notorious fiery cauldron of Sicily, which people call the chimney of the underworld… this cauldron is truly like a furnace next to this monstrous hell. Another monk in 1120 mentions Hecla as the prison of Judas.

The annalistic legend of Fleuti says that during the eruption of 1341 people saw large and small birds flying down from the mountains and mistook them for the souls of the dead. In the 16th century Caspar Pusser wrote that the “Gates of Hell” could be found in the “bottomless abyss of Hecla.” The belief that Hecla was the gateway to hell persisted until the 19th century. There is also a legend that witches gather on Hecla during Easter.

Hecla volcano differs from many volcanoes on the planet in its unpredictability. Each subsequent eruption is not like the previous one. One eruption may be short, just over a week, and another may last several months. For example, one eruption, which began on March 29, 1947, did not end until April 1948. The height of Hecla was 1,447 meters before the eruption, increasing to a maximum of 1,503 meters, and then decreasing to 1,491 meters. It is almost impossible to predict the eruption and its course. There is only a certain correlation: the more Hecla slumbers, the more powerful and catastrophic its awakening will be.

Strangely enough, such a seemingly hellish place attracts quite a few tourists. Hecla is a popular place for hiking. The main route goes to the top. The walk takes about 3 – 4 hours. When the slopes of the volcano are covered with snow, you can go skiing. In summer, when there is no snow, easy climbing routes are organized. 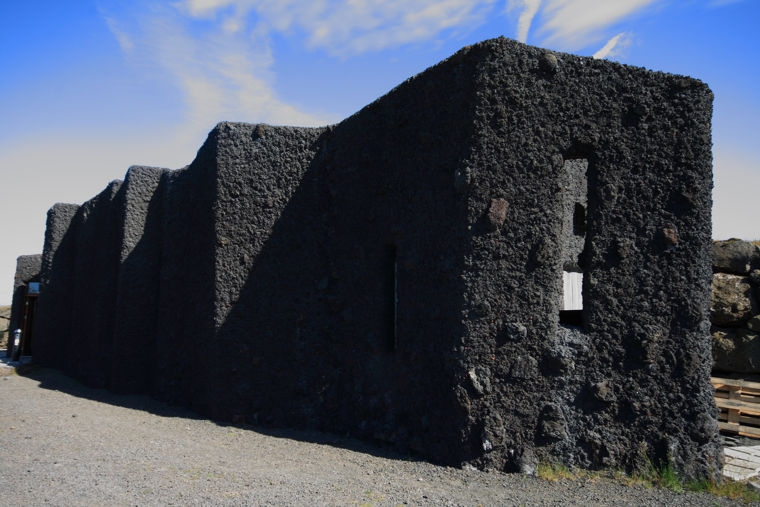 There is a modern multimedia exhibition about the volcano, its history and influence on human life in Iceland since the settlement of the island to the present day.

The Hecla Center is an active tourist information center, providing tourists with information about all the surroundings, including Mount Hecla, and organizing numerous trips to the mountain from Leirubacca.