Do not expect from Het Loo Peterhof or Versailles. The sumptuousness you will not find here, but despite this, look into the former royal residence. Especially if the weather disposes to walks in the park.

Het Loo (‘Forest Palace’) is located in the town of Apeldoorn. The building in the style of Dutch Baroque, was built between 1684 and 1686 years designed by two architects: Jacob Roman and Johan van Swieten. Not a long building at all, is it? It seems to me that a building like this would take at least ten years to build now. Take the example of the Museum of Contemporary Art in Amsterdam (http://www.stedelijk.nl/), the renovation of the old building and the construction of an extension to it dragged on for more than three years and nobody knows when it will end because the contractor has meanwhile gone bankrupt. Het Loo – just a fast construction, yes for those days

The palace was built for William III and Mary II (Mary Stuart, Queen of England). William was quite an outstanding ruler as he was both Prince of Orange, ruler of the Netherlands and King of England, Ireland and Scotland. That’s what a good marriage leads to

The palace was used for its intended purpose until the death of Queen Wilhelmina in 1962. Before her death in 1960, the queen declared that after her death the palace would go to the state. However, with one proviso – if the Netherlands decided to get rid of the monarchy, the palace must return to the royal family. From 1976 to 1982 the building was thoroughly repaired, and in 1984 a state museum was opened in which you can see the rooms with furniture, objects and paintings of the royal dynasty Oraneans-Nassau.

Architecturally, Het Loo resembles Versailles, but the Dutch Baroque is stricter, simpler, more ascetic – in a word, “the residence of a gentleman”. Moreover, the palace was built not as a palace, but as a country house where the royal family spent the summer for three hundred years. Nevertheless, the palace’s makings are the same as in Versailles: a garden with sprinkled paths and juniper bushes elegantly arranged in ornate curls, a palace square, hidden behind a simple grid, but decorated with a small flowerbed.

By the way, the gardens of Het Loo is called the “Dutch Versailles”. I have nothing to compare it with, so I will not comment. However, the palace website reports that there are actually more differences between the two than similarities. The symmetry, diverging gravel paths, fountains and statues remind inexorably of the French counterpart. Although, historians do not forget about Peterhof, comparing the patron of the garden Het Loo – Hercules, and Samson Peter I. In winter, of course, the park is a bit sad.

In the palace you can see the former stables, converted into a garage, a garden, the rooms of royalty who lived in the palace with the household items of the time. Unfortunately, it is not possible to take photos inside, but here, on the forum of lovers of kings, you can look at photos of the interiors.

The rooms are furnished with furniture that was preserved in the royal family. The fabrics on the walls and windows belong to the appropriate period. Quite an interesting excursion through time: from the interiors of the 17th century to the interiors of the 20th century. The interiors are not opulent, but pleasing to the eye. Simple plank floors (no parquet!) and unplastered painted ceilings (you can see that they are made of simple boards) surprise. Is it ascetic or economical?

In addition to the museum, the palace has a history of

The palace has a library (some very old folios can be seen in one of the rooms of the palace) and the Museum van de Kanselarij der Nederlandse Orden (Museum of the Knights of the Order).

View of the palace from the park

In the former stables, you can see many carriages, sleighs and cars belonging to the royal family. Some of them are still in use today when Queen Beatrix stays at Het Oude Loo. With cars, too, things are quite ascetic. A working stable with 88 horses is also available but we didn’t see the inhabitants there. You can take pictures there

Under a tree in the middle of the lawn there is a small poultry yard with turkeys and chickens:

An empty stable is sad.

And here the cars are already hidden

And there’s the dressage harness on display

And the children’s toy cars of Princesses Beatrix and Irene.

A little about the royal dynasty of the Netherlands, or rather those who have lived or could live in Het Loo.

The palace was built for William and Mary, but they had no children, so when William died in 1702, the Orange dynasty died with him.

William III was succeeded a decade later by William IV, who in 1747 was proclaimed ruler of the whole Dutch republic. This William IV died in 1751, leaving his three-year-old son William V on the throne. William V grew up fearfully indecisive. His indecisiveness softened slightly after his marriage to Wilhelmina of Prussia (Prussia supported Holland). But in 1795 France invaded Holland, and Wilhelm hastily retreated and never returned to Holland.

After 1795 the royal couple wandered around other European countries (especially spending much time in Prussia and England). In 1802 William V’s son William VI (what a variety of names, eh!) gave up the right to rule in exchange for several territories returned to Holland by Napoleon. He was married to his cousin Frederica Louise Wilhelmina, daughter of Frederick William II of Prussia (and here the variety of names catches your eye). Wilhelmina bore him six children, two of whom were stillborn. After her death, by the way, he married a simple countess out of spite of all the rules. The French were kicked out in 1813; the question of William VI’s reign was not even discussed – the Oraneans saw no other candidate. William returned from England to Holland and became ruler of the Dutch Republic. In 1815 William VI declared himself William I, apparently the number 6 did not suit him. As king of Britain and the Netherlands, William tried to create a common culture, but the north rebelled against the south and the king was recorded as a despot.

After him, his son William II inherited the throne. It was this William who in 1816 married Tsarevna Anna Pavlovna, daughter of Paul I (incidentally, her hand in marriage was requested by Napoleon, but he was refused). And this marriage was not happy. From the outset, Anna considered herself superior to her husband and even suspected him of stealing her jewelry to pay off his debts. William also had an affair (with both of them), and so Anne and William were apart until 1843. After becoming queen, Anne was not popular with the Dutch people – she kept her distance, adhered to etiquette, and liked formal ceremonies and rituals. The Dutch say that she was more of a Russian princess than a Dutch queen, although Anne spoke better Dutch than her husband (he was French-speaking). Nevertheless, Anna Pavlovna bore Wilhelm five children.

Anna’s firstborn son, William III, came to the throne in 1849. William III was unhappily married to his cousin Sophia of Wurttemberg (daughter of Catherine Pavlovna). William had three sons by this marriage, but all three died before his father. The Orange-Nassau dynasty was in danger of extinction.

He first wished to marry the French opera singer Eleonore d’Ambre, but the government refused, so he married Emma (Emma of Waldeck and Pyrmont). In 1879, 21-year-old Emma and 62-year-old William were married.

Ironically, the marriage was a happy one. Despite the groom’s age, a year later they had a daughter and heir to the throne, named, of course, Wilhelmina. But the threat of the extinction of the dynasty did not end there. Wilhelmina had two miscarriages and one stillborn child. After several unsuccessful attempts, it was not until 1909 that the Netherlands breathed a sigh of relief when Wilhelmina’s only daughter and heir to the throne, Juliana (who in turn gave birth to four daughters), was born.

Since Wilhelmina, women had ruled the country: Wilhelmina (1890-1948) – Juliana (1948-1980) – Beatrix (to this day). Beatrix reestablished the male line of succession in 1967, giving birth to her firstborn son, Prince William-Alexander. True, the prince has three daughters so far. Another queen?

Prince William-Alexander and his family 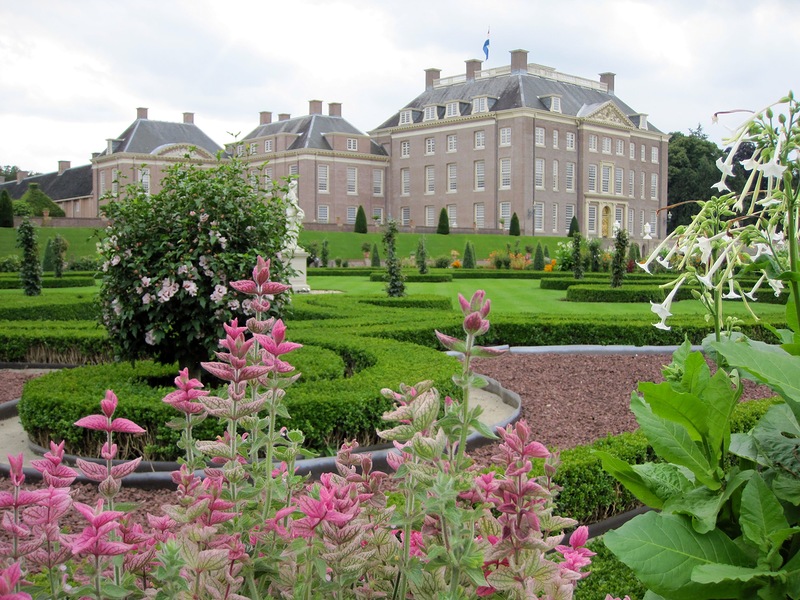 The Royal Palace Het Loo and its gardens 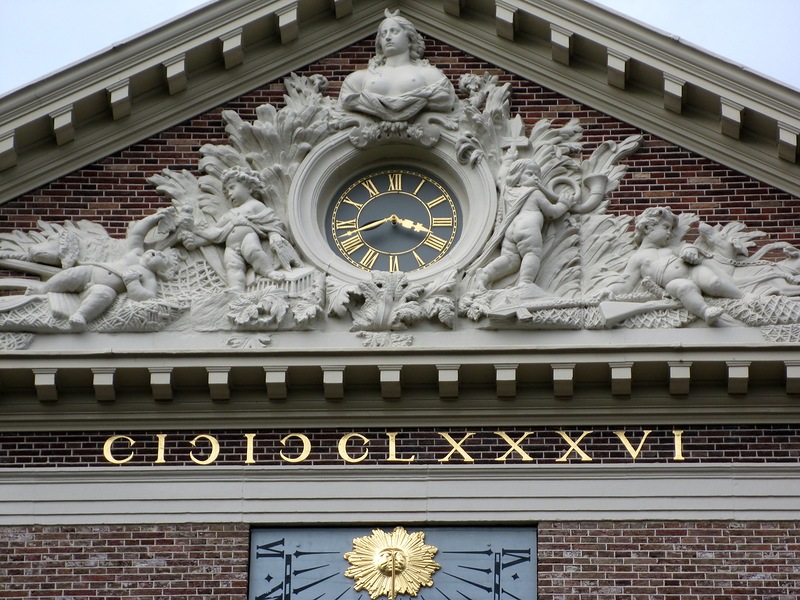 Het Loo (Dutch: Paleis Het Loo [ətˈloː]) was built in the 1680s by Staatshalter Wilhelm III as a summer palace for the Dutch royal family in Apeldoorn. The building of the palace and its appearance is deliberately austere, even one might say ascetic, without any particular frills. A regular park is laid out around it. 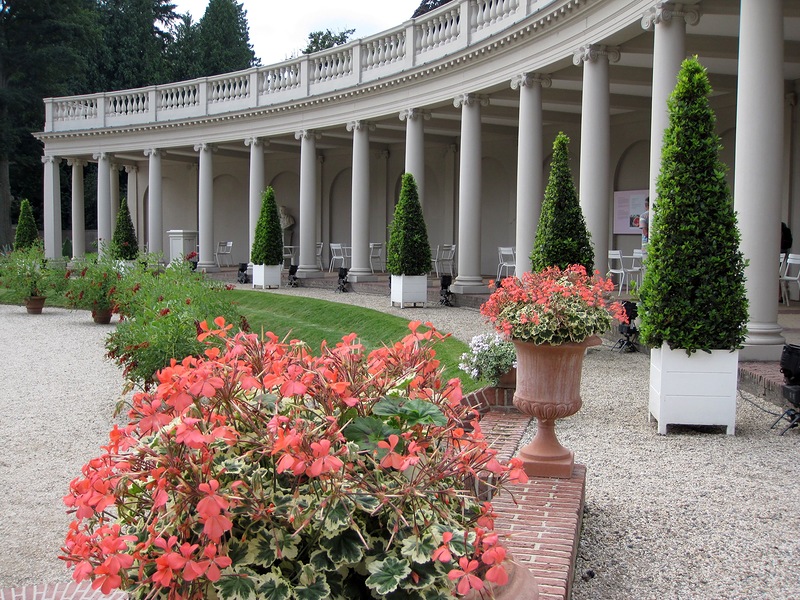 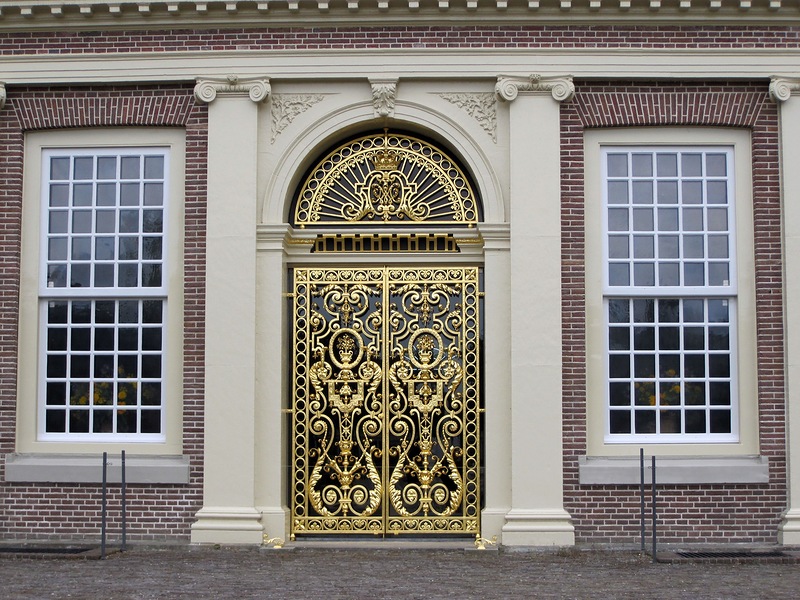 Originally the hunting lodge of the Dukes of Geldern was located here. When Prince William of Orange bought Het Loo in November 1684, he intended to build a magnificent hunting lodge here. Having concluded the first contract, by September 1685 the stonework had already been laid. The following year the wings of the palace were added, with enclosures and colonnades. Gardens were laid out around the walls of the palace. 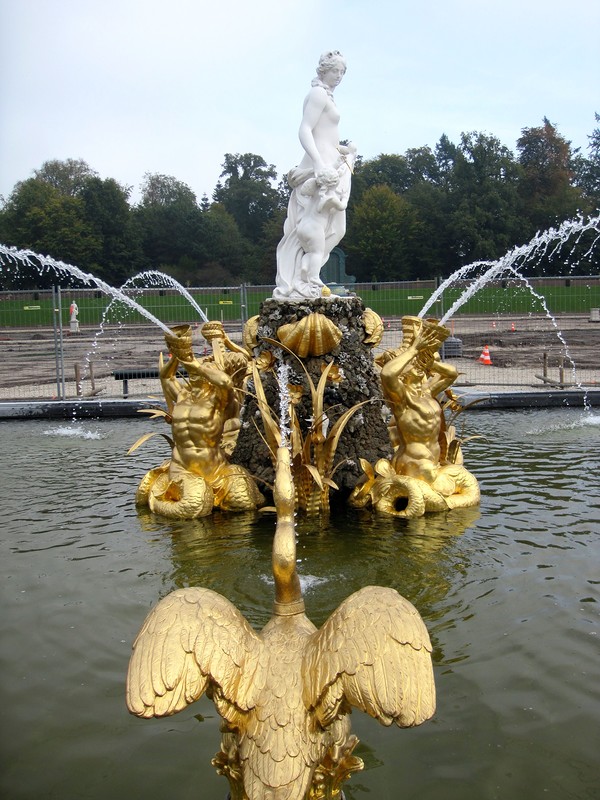 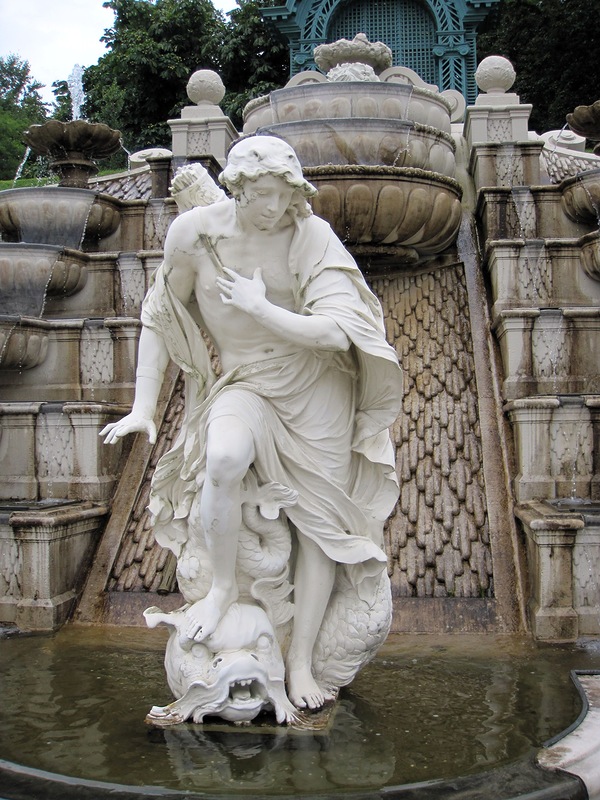 During the reign of Prince William until his death in 1702, the interiors and decoration of the palace were repeatedly altered and rebuilt. When William became King of England, he ordered the expansion of Het Loo Palace. Over the next four years, the colonnades were replaced by four pavilions, with new royal apartments, a dining room, a gallery and a chapel. After the king’s death, the palace was inherited by Willem IV (1711-1751), who then by his son, Willem V (1748-1806). All the monarchs used the palace as a summer residence. As early as the twentieth century, in 1960 Queen Wilhelmina decreed that upon her death the palace should go to the state. In 1962, the palace was fully restored. The palace now houses the Library dedicated to the House of Orange and the National Museum of the Dutch Chancellery (Museum van de Kanselarij der Nederlandse Orden). The first terrace is divided into two parts by the main palace building: the King’s garden and the Queen’s garden. The king’s garden is divided between a patterned parterre with topiary forms and a square large-scale bowling alley with a single linden tree in one corner. The Queen’s Garden includes an exquisite parterre formed of boxwoods and trimmed with green hornbeam, a gallery with turrets and windows. Along the walls are planted fruit trees: apple, cherry and pear trees. Around the perimeter of the garden are tubs of palms, ficuses and citrus trees. Fountains cascade with water year-round. Intricate gilded characters in the form of cherubs, seahorses, swans and dragons release jets of water.