Most of the holidays of Uzbekistan are either related to its history or to its main religion (Islam).

One of the most important holidays is considered Independence Day. It is traditionally celebrated on September 1, events are held throughout the country, in all 12 provinces. A bright show is prepared on the main square of the country “Mustakillik” – performances of the best national bands, as well as congratulations from the authorities and the President.

On Independence Day, the poor are often entitled to benefits. Fairs are held in the provinces, where it is customary to exhibit the products of folk crafts.

This day is not without competitions and national dishes, the most important of which is traditionally considered plov. It is made on the main square of the country, and it is also offered at all the fairs. Also at the restaurants you can try real kebab, manty with pumpkin, fine local wines and high fat dairy products. Of course, it is hard to imagine a meal without tandoor shashlik, kebab, Uygur-style langman.

Practically no holiday in Uzbekistan, except for some specialties, can do without tender lamb and tea. Tea is cooked here much and often. The stalls at the local fairs are literally bursting with lots of salads, spinach pies and chickpeas with mutton. In general, it is quite difficult to leave any celebration hungry.

They celebrate the New Year in Uzbekistan twice. The first – by the classical way for us, according to the Gregorian calendar on December 31 and January 1. The second – in spring.

The tradition of celebrating the New Year according to the Western style was instilled here with the Union and remains so. It is a secular holiday, so there are no strict rules on how it should be celebrated.

In Uzbekistan, you can find your own Santa Claus, here his name is Korbobo. He also has his own snow maiden – Korkiz. There is a donkey instead of a deer, but Santa Claus very rarely rides a donkey, the animal is designed to deliver gifts.

The main square of the country is filled with people, they put up a large Christmas tree, begin to sell gifts, sell masks and more. One of the classic New Year’s traditions there is a huge variety of fruits for every taste. The watermelon is obligatory and it is accepted to guess what will be the next year. If this fruit is ripe and sweet, the next year will be successful. To make the wish come true while the clock strikes 12 times, you should eat 12 grapes.

The second New Year is celebrated on March 21, the day of the vernal equinox. Historically, this holiday comes from ancient Iran, associated with the cult of Zarathustra and the tradition of worship of the Sun. The time of renewal of nature and the beginning of a new sowing cycle is very important for the country, where a lot of things are connected with agriculture in one way or another.

It is celebrated for 13 days from March 21. The most important day of Nowruz is considered to be the 21st. In contrast to the European tradition, here the main celebration is held not at night, but in the daytime, because the central motif is not related to the change of the actual date, but to the sun. Nowruz is mostly a family holiday, and it is customary to gather together.

The saying “As you meet, so shall you spend it” has a special meaning in this case. It is believed that how you live these 13 days, so you will live the rest of the year.

The main dish of Nowruz is sumalak, a special meal made on firewood from millet and sprouted grains. They symbolize life. After the end of the 13-day period, field work begins.

“Asrlar Sadosi” translates to “Echo of the Ages.” It has been held since 2008 and is one of the youngest and most colorful events of its kind. Since 2009, the festival has been patronized by UNESCO. It focuses on arts and crafts, folk traditions and customs, national music, cuisine and dance.

Annual event is held in May, lasts 2 days and is organized each time in a different city or the suburbs of major cities to show the merits of different areas.

It includes not only songs and dances, but also competitions, old-fashioned games and skits. All this takes place right out in the open air. Thousands of participants come here every year.

During the festival the streets turn into a huge Oriental bazaar, where you can buy silk fabrics, fine carpets, painted ceramics and rare spices. There is also plenty of fruit and crockery for cooking pilaf. A huge number of national dishes will not leave anyone indifferent.

“Sharq taronalari” – this is one of the largest international music competitions in Central Asia, which is held since 1997. It is held in Registan square, the most ancient city of the world Samarkand. “Melodies of the East” (so its name is translated) allows you to absorb the new and preserve the old. And it concerns both vocal and instrumental performances.

The geography of the event is constantly expanding. At first it was attended by representatives of 31 countries, today there are more than 50 of them.

The festival is held once every two years, from August 25 to 30.

The initiative to create the festival belonged to the former President Islam Karimov. He decided to create an award fund for the winners. 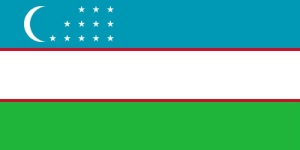 Uzbekistan is famous in the world thanks to many preserved on the territory of the country historical and architectural monuments. Notable in Samarkand are Registan grand square (15th-17th centuries) – three madrassahs with rich mosaic and carved decoration made of marble and ceramics; ensemble of memorial and cultural buildings Shahi Zinda (14th-15th centuries) with the most beautiful mausoleums, mosques; Bibi-Hanym complex (1399-1404), consisting of the Cathedral mosque Timuram madrassa Sarap-Mulk Hanim; Mausoleum Gur-Emir (1403-1404) – the tomb of Timur and the Timurids.

There are over 10 nature reserves on the territory of the country, the largest of which are Chatkal and Mirakli. Uzbekistan has many climatic and balneological resorts: Tashkent Mineral Waters, Chartak, Agalyk, Chimgan and others.

In the territory of contemporary Uzbekistan as early as the eighth century B.C. the first state formation was formed – Bactria, later emerged the states of Khorezm, Sogd and Parthia. This area of Central Asia became part of Alexander the Great’s empire in the fourth century B.C. It was conquered by King Cyrus II the Great of Persia in the sixth century B.C. In the 6th century the territory of modern Uzbekistan fell under the rule of the Turks, in the 7th-8th centuries it was conquered by the Arabs, who spread their culture and religion among the Uzbeks, but by the 10th century it returned to the Turks.

In the 13th century the region was conquered by the Mongols and remained part of the Mongol Empire until the end of the 15th century, and in the early 16th century it was conquered by Uzbek tribes, who founded the Bukhara and Khorezm (or Khiva) Khanates. Later, in the 18th century, was formed another Kokand Khanate. In the 19th century the territory of modern Uzbekistan began to be claimed by Russia, and in 1868 all three khanates were forced to recognize themselves as vassals of the Russian Empire.

After the Russian revolution of 1917, a national government was formed in Kokand, which was soon overthrown by the Communists, who proclaimed the Turkestan Autonomous Republic in April. Armed struggle between the Bolsheviks and Uzbek nationalists continued until 1922, when the Khorezm and Bukhara People’s Soviet Republics were formed.

In 1924, after the revision of borders in Soviet Central Asia, the Uzbek Soviet Socialist Republic was formed, which included part of the territories of Khorezm and Bukhara, as well as the territory of Turkestan Republic. In 1989 there were violent clashes between Uzbeks and Meskhetians, Muslim Georgians exiled by Stalin during the Soviet repression of Uzbekistan. After the collapse of the USSR, Uzbekistan declared independence in August 1991.

Most of the territory (about 3/4) is occupied by plains, mainly the Turan Depression, within which is the Kyzylkum Desert, one of the largest in the world.

The capital is Tashkent (2.340 million inhabitants).

The country’s population (33.5 million) is two-thirds Uzbek, with large populations of Russians, Tajiks, Kazakhs, Tatars, Karakalpaks, Koreans and representatives of other nations. The state language is Uzbek; most believers are Sunni Muslims, with some Christians. Uzbekistan includes 12 provinces and the autonomous Republic of Karakalpakstan. The monetary unit is the soum.

In total there are 11 holidays. Green color denotes festivals, memorial dates, etc., that are important for the country, but are not holidays in the literal sense of the word. The state holidays are marked in red.

New Year in Uzbekistan is celebrated twice a year. The first time by European style – on January 1, and the second – on March 21. Both of these days are days off. New Year’s Day on January 1 is more of a secular holiday, which has been celebrated since Soviet times with the p.

Defenders of the Homeland Day is celebrated in independent Uzbekistan to honor the creation of its own Armed Forces after the collapse of the Soviet Union. The holiday itself was set for January 14 by the decision of the Supreme Soviet of the republic, adopted on December 29, 1993. 14 January 1.

International Women’s Day on March 8 is widely celebrated in Uzbekistan, as well as in other countries – former Soviet republics. After the October Revolution of 1917 and the Bolsheviks coming to power in the republic, this holiday soon became the state and b.

At all times one of the most joyful events in people’s lives has been the arrival of spring. Different peoples have celebrated it in different ways. But all – as a holiday of the revival of nature, the triumph of life, the hopes for a bountiful harvest year. Translated from Farsi, Navruz means “to celebrate the spring.

March 2, 1999 in Uzbekistan a new holiday, more precisely, the new name of the holiday “Victory Day”, which is celebrated in the country on May 9. Since then it has been called “Day of Remembrance and Honors” (uzb. Xotira va qadrlash kuni).Remembrance – to the fallen. Honors.

Since 1994, every year on June 27th Uzbekistan celebrates the Day of Press and Media Workers. This professional holiday was established by the Decree of the President of the Republic of Uzbekistan I. Karimov on June 24, 1993. The decree stated.

Kurban Bairam, or the Festival of Sacrifice, revered by all Muslims, is also celebrated annually in Uzbekistan, where more than 90 percent of the population practices Islam. The date is not fixed, since this holiday is celebrated in accordance with the Muslim l.

Every year on September 1, Uzbekistan celebrates an important public holiday – Independence Day of the Republic of Uzbekistan (Uzbek O’zbekiston Respublikasi Mustaqilligi kuni).August 31, 1991 in Tashkent was held Extraordinary 7th session of the Supreme Soviet.

Each of us has our own Teacher and Mentor. These are the people without whom we would not have established ourselves as individuals, we would not have gained vital skills, knowledge and abilities. In Uzbekistan you can express gratitude to these outstanding people in their professional.

Do you have more information about the topic “Holidays of Uzbekistan”? Write to us