The city is located in the east of the island of Kyushu and seemed to me to be an extension of the capital of the eponymous prefecture Aita . Beppu is positioned as a city of onsen (Japanese for onsen) and ryokan (Japanese style hotel) and seems to be a resort city.

Yes, it’s on the beach, but you shouldn’t look for beaches here. Yes, there are a lot of traditional Japanese style hotels and a lot of ones where you can’t understand a word of English – the Japanese people’s holiday destination.

But somehow the town does not seem to be a resort town: there is a busy highway along the sea, the town has no promenade and restaurants – all the attributes which visually characterize any resort town. However, the guide has led here, so I use the remaining half-day to get acquainted with the city.

Beppu view from the TV Tower

As in every Japanese city there is a TV tower with an observation deck. The first thing you should do is go there. The impression is that it is not worth the time because the windows are dirty and you can’t take good pictures. The only useful thing: noted on a visual map of the city rising jets of steam. In one place very densely located. That’s where I’m going now – the area is called Kannawa and all these jets of steam are coming out of Jigoku, which is Hell in Japanese.

The hot springs in Beppu are called the “Boiling Underworld” or the “9 Circles of Hell. I stop a cab at my ryokan and tell the driver simply, “I’m going to Jigoku,” though to the uninitiated it would look like, “Go to Hell!”

The cab ride is about 1,800 yen. The central entrance to the first and prettiest circle of Hell is the ticket office, where you can buy a ticket for all 9 circles. Very convenient: the tickets are in the form of a book with tear-off stubs and pictures.

READ
Strait of Gibraltar, in detail depth and width

You leave one lap and enter the other, but the ticket stub is torn off. The best option is to go to Jigoku in the morning, like I did.

Of the nine circles, seven are within walking distance of each other. The last two must be reached by cab or bus. My impression: it is enough to visit the first three or four in detail, and mark the others just for a tick. You don’t have to go to the last two – it’s nothing special.

How they boil eggs in Jigoku

In one of the nine circles of hell, namely Umi Jigoku, eggs are boiled in a hot tub. The whites of the eggs take on the color of coffee and milk. It tastes like regular boiled eggs.

And so on, as you go along. Time enough for about 2 hours, given that you can sit and warm your feet in hot water (just not in the lake where the eggs cook).

The last two laps, where one takes a bus or cab from the main one – Chinoike Jigoku

As you can see – nothing special. Nearby is the last ticketed Jigoku: every half hour in a specially built of boulders grotto shoots upward for about two feet geyser. Spectators watch it from a special amphitheater, sitting on benches.

Much more interesting is this procedure – you get wrapped in sheets and buried in the hot black sand on the beach. The place is called Beach sand bath:

But I didn’t have time – my plane to Tokyo took off at 15:05 and the time was already 12:00, so leaving my traveling companion to try the black sand bath by myself I took a bus to the airport (travel time about 40 minutes). I wanted to visit the sex museum in Beppu, but I didn’t have time (Hinokan sex museum).

Well: I’m in Tokyo, in the midst of the stores, the glowing commercials, the restaurants, the people in dark suits rushing to get out of work, the orderliness of the seeming chaos: I’m in Ginza. It’s a neighborhood in Tokyo. Its Center. Tonight is my last night in Japan, and tomorrow I fly home to Moscow. I can’t really remember what time it is, but I’ll ask at the front desk what time my plane is. Maybe it is too early to draw conclusions and sum up my trip.

Maybe today I will be robbed, have my face ruined, sprayed with mud from under the wheels, taken to the police “pending clarification”… Are you laughing? Yeah, it’s funny to me. Because that just can’t happen in Japan.

I left with a very positive impression of the country, and most importantly, I really liked the people who live here. Responsive, polite, communicative… living in the present 21st century and at the same time honoring their traditions. It was very easy for me: I was at ease with all the issues that arose during the trip. And I got a lot of help from the locals. It was very convenient to have a mobile Internet connection, when I could look at my location on the map and direct the route I needed. And I regularly posted photos and comments on the Vinsky forum at …..

The trip took place. It happened the way I had planned it. There was no preparations for it. Everything was solved on the spot: Internet, hotels, tickets for trains, subway, etc.. Sightseeing, restaurants – all this was recommended to me by the Japanese on the spot…

The city of Beppu is located on the east coast of Kyushu Island, Oita Prefecture, Japan, between the bay of the same name and the steep mountains. The city has a population of 122,000 people. The total area is 125 square kilometers. It is a resort, but there are no beaches; the coast is only used as a port. The city is known as a resort with hot springs. An important characteristic of the local hot springs is their resource capacity. The volume of discharged water is second only to Yellowstone National Park in the United States. More than 130,000 tons of hot spring water erupts to the surface every day.

The climate here is mild and temperate. It can be classified as subtropical with lots of precipitation. The average temperature in January is +4 ° C. The weather is warm from May to October, but these are also the rainiest months, especially July. The warmest month is August and the driest is December. You can vacation at the hot springs all year round.

If you look at the city from above, you can see that it is covered by a cloud of steam. This is the result of hot springs gushing out of thousands of holes. Small geysers can be seen in almost every yard. The main attractions are associated with this natural feature:

More than 100 places for all tastes and budgets await guests. Here are a few examples of popular luxury hotels:

There are also hostels in town that cost much less. 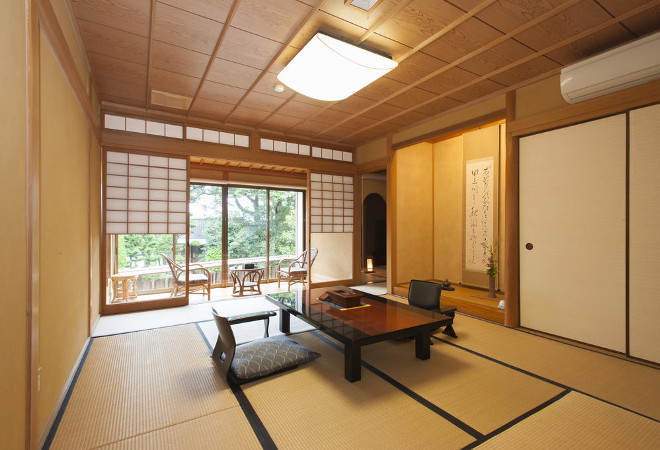 There are many sushi bars, cafes, and restaurants on the streets of Beppu. There are cafes that use hot steam from springs to cook food. Tourists have the opportunity to cook their own food. To do this you need to rent a steam chamber. Z0 minutes costs approximately $4. You can bring your own food or buy it here. It is cheaper to order a ready meal for $8.

Beppu has many small stores and several large department stores where you can buy clothes and visit a coffee shop Starbucks. Of souvenirs to remember your visit to Japan are popular bamboo products, as well as therapeutic mud, which are sold near the springs.

The city is not rich in events, but there is an annual music festival. You can visit the Bamboo Museum, which displays traditional products made from the plant.

From the port there is a ferry to Shikoku and Osaka.

How do I get to Beppu?

The nearest airport is in Oita. You can take a bus from the airport to Beppu Bus Station in 45 minutes for about $13.