Rules of conduct in India

Etiquette in India is based on two concepts – purity and humility. Greetings and cows, where to smile and where to make a sorrowful look, all the truth and nuances.

It is not customary to shake hands when meeting each other, but to put the palms together and put them to the head, while leaning the body forward. During this ritual, the Indians say “namaste”, which means “I bow to you as a divine creature”. Such a greeting is considered a sign of respect not only for an acquaintance, but also for a stranger.

It is said that this touch of the hands is related to hygiene. In such a case, it is impossible not to write about the right hand rule.

Indians do absolutely everything with the right hand: eating, pointing at something, touching and so on. The left hand is considered dirty and is only used for intimate hygiene. This rule is very strictly enforced throughout the vast territory of India.

When you come to India, be sure to follow the rules of choice of clothing, otherwise you can severely offend the person or attract attention.

Women should temporarily forget about the short skirts or shorts. The legs should always be closed. The same rule applies to the shoulders.

The only exception is the rest on the beach, because you are unlikely to swim dressed.

Before going to the temple you should wear light clothing made of light, natural fabrics. It’s better to find out in advance what the locals wear, so as not to suddenly find yourself in an awkward position.

For Indians, a man wearing shorts looks like a poor man of the lowest caste. Therefore, this article of clothing is worth neglecting. In some temples, men are forced to take off their pants and wear a long skirt, a lungi. It should be remembered that such attention to one’s closet should be shown only in the villages. In large metropolitan areas the norms of etiquette are a bit blurred. In small provinces, try not to wear too tight and open clothes, because you can be mistaken for a poor man.

READ
Seasons for holidays in Thailand by month, rainy season

By the way, resting on the beach, try not to react to the intrusive stares of the Indians. Many of them come to the beach, not only to walk, but also to look at the naked body of tourists. In the big cities there is no such attention. The local population is sympathetic to new trends in fashion.

It is also worth thinking about getting comfortable shoes. In the temples it’s still necessary to take it off, and in some places of interest, too. Having bought cheap sandals, you can safely go inside, not too upset if they steal them later. If you have a business meeting, you should dress conservatively in a strict suit.

When going to visit an Indian, do not forget to bring a gift. It’s not an obligatory gesture, but it will definitely be appreciated. Adults will love the fruit, but children will be happy to play with the new toys. You can even take a souvenir from your home country. Next, try not to be late, because the local population is very punctual. That’s why you will be expected on time. Of course, before you enter, take off your shoes.

Any self-respecting Indian will offer refreshments and drinks. Even an unexpected guest is welcomed with all honors.

All Indians eat with their hands, which is what they demand from tourists. Many people in this country have never even heard of forks. To keep all hygiene measures, wash your hands more often and trim your nails. If you eat soup, you can use a spoon, but everything else can be taken only with your hands.

Be sure to respect the rule of the right hand, the left hand is considered dirty.

It is worth remembering about the taste preferences of Indians. They do not eat pork and beef. The majority of the local population are generally regarded as vegetarians. That’s why you should be careful in your judgments.

When you have finished eating, leave some food on the plate. This is a sign that you are full. Leaving an empty plate shows the host that you are not yet full.

Any display of affection between members of the opposite sex on the street is considered a sign of bad taste. But if you can’t wait, do it with caution. It may seem strange that men hug and hold hands in a friendly way. But this is normal for Indians.

It is not forbidden in India to ask about personal matters. Most likely, this fate will apply to you as well. If you are not in a marital union, you may cause pity from the outside.

You should prepare for questions about family, work and even wages. There is no need to get angry, because in response you will learn a lot of interesting things about the life of an Indian.

You can not take photos in sacred places and airports. If you plan to take photos when you visit, prepare to pay a large amount for the entrance fee.

The most senior person in the company is greeted first. Only male persons are allowed to touch. Shaking hands is allowed only after the Indian has extended his hand to you. It is customary to say goodbye to everyone separately.

Rules of conduct in India

It is known that in every country there are not only cultural and historical moments, but also rules of conduct, some of which are unspoken and formed historically.

India in this aspect is very different from European countries, so foreign tourists need to know the main rules and laws of conduct to travel to India to leave only pleasant impressions.

These rules are the traditions and culture of India, so while respecting the people of the country it is necessary to adhere to the social norms they are accustomed to. 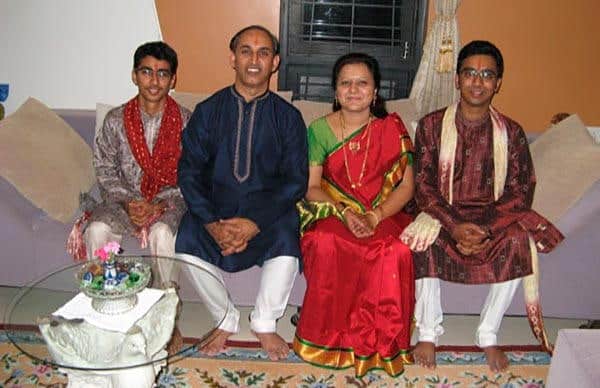 As you know, Indian women wear saris – long cloths, shawls, which are wrapped around the body. You, of course, do not have to dress like that (it will cause indignation or, conversely, ridicule of Indian women), but still you have to adhere to a special dress code, so as not to provoke the male population, who have not seen open legs.

Choose clothes according to the season: it can be both short sleeves and a warm sweater. Try not to wear open clothing: necklines, short skirts and shorts, sleeveless shirts – all this do not even take with you, you do not need it. Wearing something open, thereby you will offend the local resident, show them your disrespect. 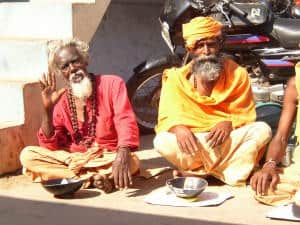 Women in India always wear their hair down, and they say they can only let their hair down in front of their family. If you have long hair, put it in a ponytail and hide it under a kerchief.

If you are a man, try not to wear too many white, orange and yellow colors in your clothes. Read more about men’s clothing in India.

If you happen to walk through the local market and find a beautiful piece of jewelry, do not rush to buy it. Try to find out what it means first – Indian jewelry indicates a woman’s social status, so putting on something that does not suit you will arouse disapproval of those around you.

Don’t show your feelings in public: the relationship between a man and a woman is a private matter. Even walking hand in hand may be perceived by the population as a lack of respect for their orders. Read more about Indian family customs and divorce.

If you want to take a picture of the local population, ask permission, you are unlikely to refuse. Try not to kill even insects in full view of the population. Moreover, when buying souvenirs do not be afraid to bargain – there is an opportunity to reduce the price by up to 10 times.

Interesting Facts 0
Traditions of Thailand Thailand is a country with an unusual culture and amazing traditions.

Interesting Facts 0
When does the rainy season start and end in Thailand? In order to plan

Interesting Facts 0
Rules of conduct in Thailand 2022: the bans and the dress code. To feel