The Hurghada Aquarium is unique in its kind – it is the first aquarium not only in Egypt, but also in the world, where an extensive collection of flora and fauna of the Red Sea. The aquarium was opened in 1989 and has become a true pride of the city. Tours are organized here daily.

Abdulhasan El Shazi Mosque is one of Hurghada’s most beautiful landmarks and the largest mosque in the city. It is often referred to as the central mosque of Hurghada and is seen as the main place to pray and praise Allah, not only by the locals but also by the faithful from the surrounding villages.

The water park called Titanic is the largest in Hurghada, it is also on the list of the largest water parks and water attraction centers in Egypt. This is a great place to entertain not only children but adults as well. Want to feel like a kid again, to be charged with positive emotions and have fun?

The Palace of a Thousand and One Nights in Hurghada

Palace “One Thousand and One Nights” is a real Egyptian Disneyland, where you can plunge into an oriental fairy tale. It looks like a beautiful palace on the outskirts of Hurghada in the Oriental style: large domes and miniature turrets, wide gates and bridges, lancet windows and colorful mosaics.

The Coptic Church in Hurghada

The Coptic Church is one of Hurghada’s main religious landmarks, a historical and architectural monument. It is located in Hurghada’s Old Town and it is impossible not to notice the temple – its architecture is both simple and impressive in its grandeur.

The Marine Biology Museum is not located in Hurghada itself, but on the northern outskirts of Hurghada. It is a major research station engaged in the study of underwater flora and fauna of the Red Sea. That is why the locals call it the Red Sea Museum.

Sheraton Street is the main thoroughfare of Hurghada, a bustling and lively place with constant traffic day and night. The street connects the Marina and Hurghada’s historic old town of El Dahar.

Umm Huwaitat is an abandoned town near Safaga. The “ghost town”, as it is often called, is completely deserted today. Here you can meet only rare tourists, and of the settlements of local residents were only the walls. Just recently, there was life boiling here and worked phosphate mines.

Egypt – The Land of the Ancient Pyramids awaits you

Hurghada 5* 6 nights from 51 594 rubles per person. “All Inclusive with a Flight

Hurghada is one of the first resorts of Egypt, which has not lost its popularity to this day. The main secret of Hurghada is a fairly democratic prices for holidays compared with other more modern resort areas. It offers recreation for every taste – from quiet family and ending with a fun youth. Among other things, you can vacation in Hurghada all year round, not only in summer, but also in winter.

Hurghada is located 500 km southeast of Cairo, the capital of Egypt. This geographical location is very advantageous – Hurghada is much closer to the main attractions of Egypt than the other resorts. But even if you are not planning to go on long excursions you will have plenty to do in Hurghada.

It is worth checking out the local attractions located in the city itself or its suburbs. The most interesting historical and architectural monuments are located in the old town of Hurghada – El Dahar. It is a very picturesque area with a real labyrinth of narrow streets and passages, an abundance of markets and souvenir shops, restaurants and eateries.

The main secret of Hurghada is quite democratic prices for recreation, if compared with other, more modern resort areas.

Among the religious monuments of the city worthy of attention Coptic (Egyptian Christian) Church – much of it resembles the Russian Orthodox churches, and the external architecture intricately combined the tradition of Christian architecture and Islamic elements. Want to see the temples of Islam? Then go to the Abdulhasan Elshazi Mosque – it is the largest mosque in Hurghada, where people come to pray and praise Allah and the residents of the surrounding villages.

The mosque is very beautiful by day – its snow-white minarets 40 meters high with ornate ornaments are visible from afar, and at night when they turn on a colorful illumination.

Want to get acquainted with the underwater world of the Red Sea? Of course, the best option – is diving with scuba or snorkeling. But if the weather is bad, or the sea is too cold, or you just don’t want to test yourself in extreme diving, go to the Museum of Marine Biology, which is a research center. Also noteworthy is the City Aquarium, located on the first floor of the Red Sea Life Hotel in the northern part of Hurghada. Here are collected not only representatives of marine fauna of the Red Sea, but also some rather rare species of fish from other seas and oceans of our planet.

Active recreation for the whole family offers a water park “Titanic” in the hotel with the same name – its territory is open to all comers.

Well, if you want to plunge into a real oriental fairy tale, and learn more about the history of Egypt and the traditions of this country, you should definitely go to the palace of “One Thousand and One Nights”. There are theatrical performances, traditional local rituals, elements of circus acts with camels and horses, the show of singing fountains.

Attractions in Hurghada worth visiting in 2022

Hurghada is a popular resort in Egypt, which attracts travelers not only with developed tourist services, but also with colorful sights. Without leaving the city, here you can meet sea creatures, see copies of Egyptian pyramids and dine with nomads. In the article you will see the sights of Hurghada, photos and description of which are able to surprise vacationers in Egypt. 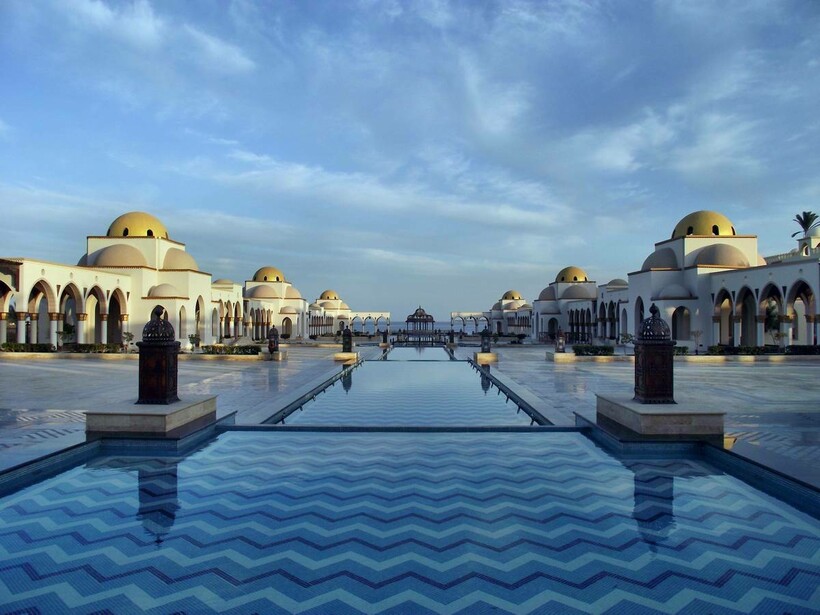 The “Grand Aquarium” of Hurghada is home to over 1200 species of animals and fish from the Red Sea and rivers of Egypt.

Twice a day there is a feeding of sea creatures, which you can see in Hurghada during the visit to the aquarium at 11:00 and 15:00. Fearless vacationers of Hurghada are offered to snorkel with sharks for $ 100 (7200 rubles). The aquarium also features:

The largest mosque of Hurghada is located at the port at the water’s edge. It is popular not only among locals, because it attracts believers from all parts of Hurghada, so on Muslim holidays prayers fill not only the hall but also the court yard. 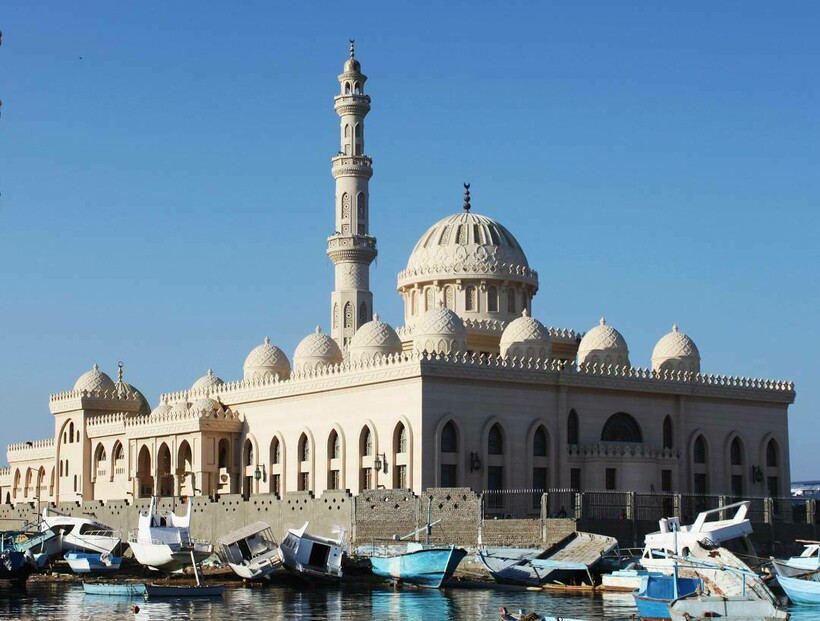 The attraction is located in such a convenient location that it is not difficult to see it on your own in Hurghada, but the entrance is only for Muslims. Tourists are only allowed to peek into the courtyard, with shoes off, subject to a dress code (shoulders and knees covered, women need to cover their heads).

The islands Big and Small Giftoon are the sights of Hurghada in Egypt, photos and descriptions of which fascinate hundreds of fans of natural beauty and photos on their background. Islands with snow-white sand and turquoise water near the shore are located right in front of Hurghada. 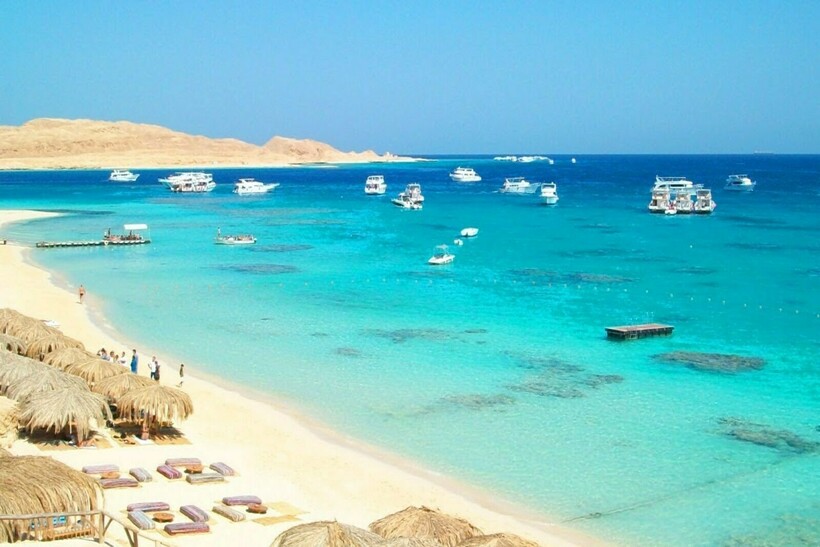 They come here to find themselves in “a corner of paradise,” to enjoy the sea scenery and to sunbathe. Diving near the islands is also possible: the colorful coral reef with the colorful fish grows nearby.

If you are interested in Hurghada attractions and excursions with a religious bias, it is worth checking out the functioning Orthodox Church of Egypt, located in the Old City. The church building was built in the classical Catholic style, because it was for the Catholics of Hurghada originally built this religious facility, and later it was transferred to the Copts – Egyptians who practice Christianity. 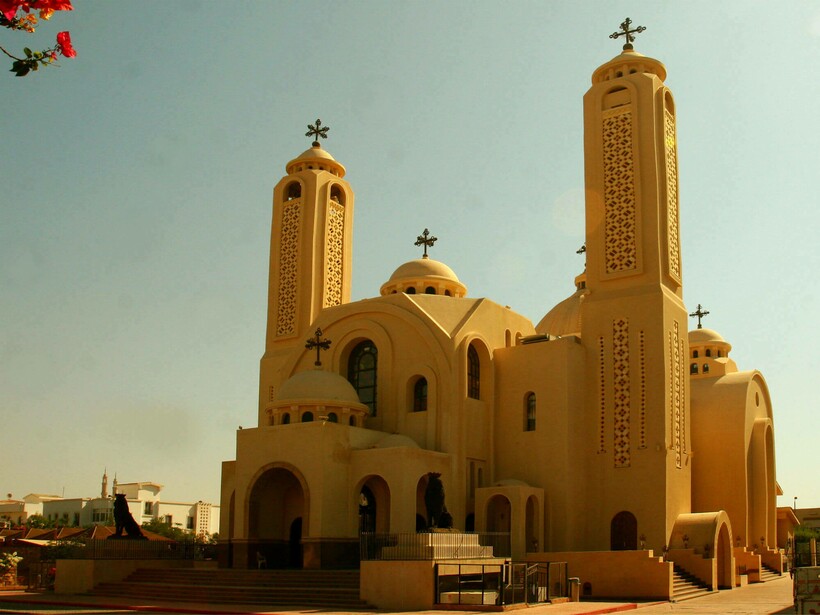 Entrance to the attraction is free for tourists. To visit the church in Hurghada, women do not have to be in a skirt and with a headscarf.

A huge exposition of sand sculptures in the open air in the city of Hurghada (Egypt): the sights, photos and description of which are associated with the country, are collected in one place. Here and the pyramids, and sphinxes, and the gods of Egypt, and the beauties Cleopatra and Nefertiti. Among the figures you can find other historical figures, movie and superheroes, cartoon characters, including Smeshariki and Winnie the Pooh. 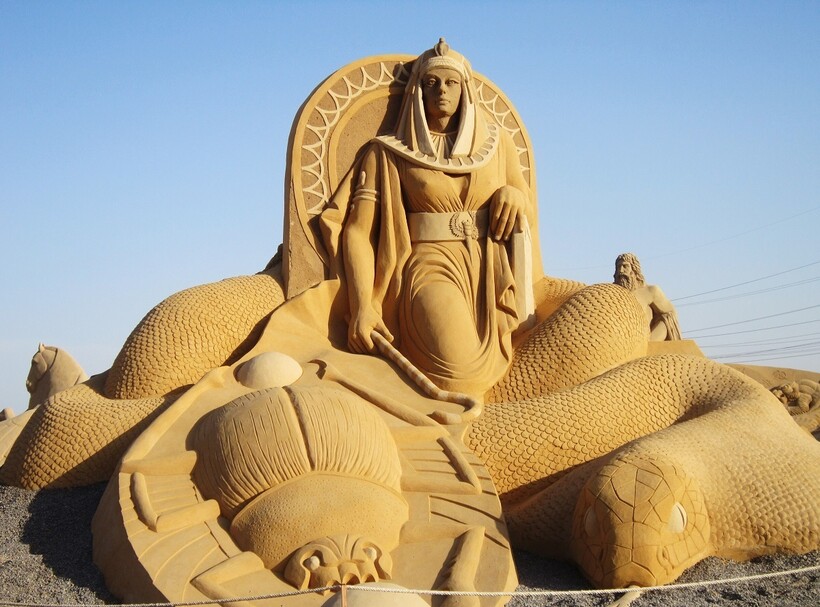 Due to the fact that the Hurghada attraction is located in the scorching sun of Egypt, it is better to come here in the evening.

In the entertainment complex Mini Egypt in the resort area of Makadi Bay you can get acquainted with all the iconic buildings of Egypt in one day – all landmarks in Hurghada are in 1:25 scale, which will please tourists who have not seen the originals.

Among the exhibits are scaled-down copies:

The Old City of El Dahar

El Dahar old town with its winding streets and oriental bazaar is another place in Hurghada you can see on your own. Tourists from Hurghada come here for shopping: artisans offer products made of leather, camel hair of their own production. Here you can also buy fruit, seafood, spices, tea and coffee. 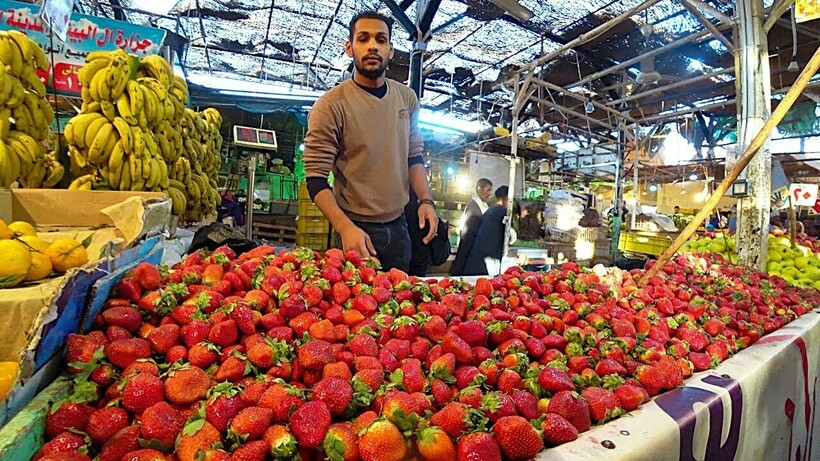 In the old town of Hurghada people like to haggle and if you learn the names of Arabic numerals (or write them down on a cheat sheet) you will find that the prices are lower than in dollars. The bazaar is attractive not only because of its oriental flavor, but also because of the freshest dishes cooked in front of guests from the products of the market range.

When you choose a jeep and ATV safari from Hurghada to the desert, stop by a Bedouin village to experience the nomadic way of life. This is one of Hurghada’s must-see tourist attractions when visiting Egypt. 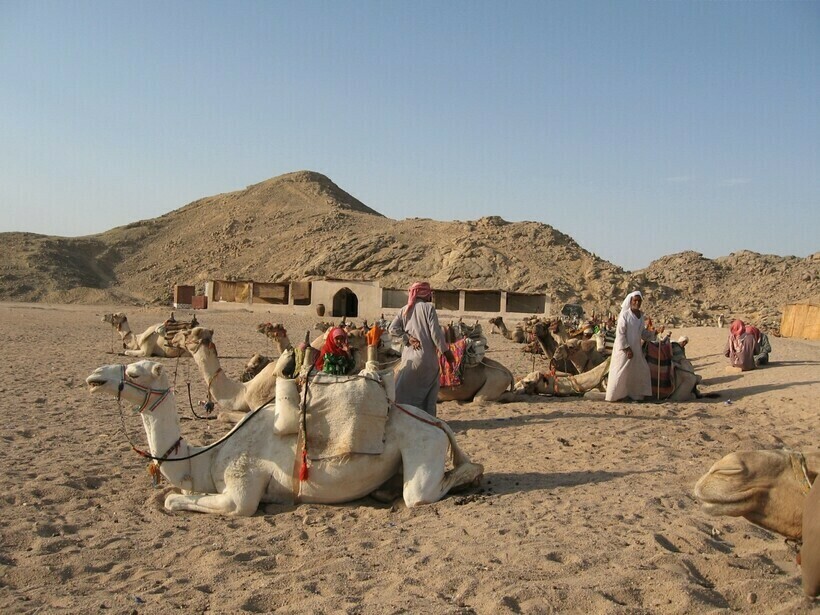 It offers camel rides, a master class on making national flatbread, which tastes like Armenian pita bread, and feeding the inhabitants of the mini-zoo. At sunset you can enjoy a hearty dinner and an entertainment show afterwards.