Image Theater of Light and Shadows

Prague is one of the most beautiful cities in Europe, and its every street literally breathes with the charm of antiquity… And every building you pass by, has its own unique, unlike any other, history. For example, a beautiful in its classic severity house meets guests with an interesting forged sign, depicting the wings of a bird, or wind-blown sails, with the inscription “Black Image Theater”. And the question immediately arises…

What could that mean? 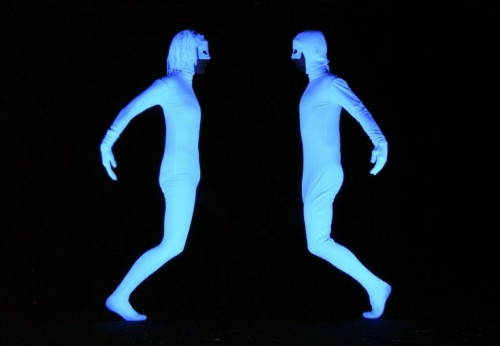 It turns out that Black Theater is nothing but a new and unusual kind of theater art, based on the play of light and shadow, with the addition of vivid color effects. The black stage, actors in black costumes, props that “come to life”. There are no words, just music, pantomime and acting plastique. Perhaps due to the fact that there is no language barrier for drama or opera the Image Theater has become surprisingly popular among tourists from all over the world and tickets to its performances are booked in advance.

Where did it all begin? 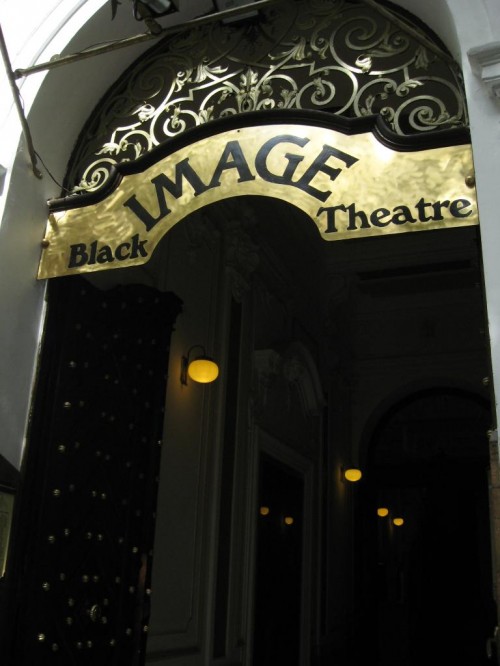 The history of the Image Theater, unlike the history of Romanesque and Gothic castles in Prague, is a little over 20 years old, but without a doubt it deserves special attention. In 1989, personalities known in the Czech theatrical world, Alexander Čigář and Eva Asterová, decided to leave the stage of the traditional theater and show their vision of art. They have created a small private theater that embodies the idea of a harmonious synthesis of shadow theater, music, dance and pantomime in order to provide the audience with aesthetic pleasure. 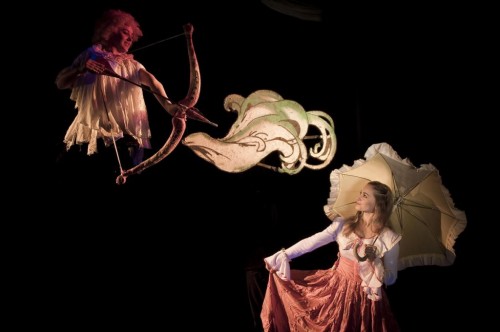 Already in the first performance, held in 1990, in spite of all the difficulties, was felt the freedom of interpretation of the genres of pantomime and dance, the originality of the themes and scenes, the presence of the so-called “liberating humor. A tour of Italy the following season was critical to the theater’s success. Returning home after the tour, the management was concerned about the problem of permanent premises where the company could rehearse. A spacious location on rue de Paris proved very convenient. And then – numerous performances in Germany, Greece, Belgium, Hungary, Korea and other countries, public events held jointly with the companies Nokia, Microsoft, Volkswagen, the involvement of new actors and artists, more than 7000 performances!

The most famous performances 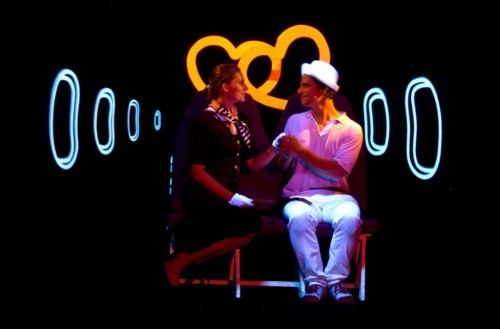 A very spectacular performance was Afrikania, a story of an exotic holiday of a couple in the midst of a magnificent landscape of the black continent. Especially impressive were the unconventional costumes and unusual choreography.

Another performance popular with visitors to the Czech Republic was Black Box, a kind of detective story about crimes, criminals and those who pursue them. The use of moving objects and fluorescent lamps as special effects helps to illustrate human thoughts, dreams, and desires.

Closer in content performances of “Alice in Wonderland” and “The Adventures of Baron Munchausen” in the new interpretation caused a great resonance in society. But before drawing conclusions it is worth seeing the play and appreciating the actors’ performance!

The building is located in the old part of the city, at the intersection of popular tourist routes. If you decide to visit one of its unusual performances, feel free to take the streetcar number 17 or 18 to the Old Town stop. In case you want to take a walk, you can choose the famous Jewish Quarter Josefov as a reference point. From any point of it you can get in 15 minutes to the specified address: 4 Parizská Street. And the locals are usually very friendly and will easily tell you how to get to the Black Theater. For visual understanding, take a look at the map.

The cost of tickets for the performances is 480 crowns. You can order them by contacting the administration in advance or by ordering online. However, it is worth emphasizing some nuances. Firstly, the performance starts every evening at 8 p.m. sharp and you can enter the hall a half hour before. Secondly, there is no numbering of seats in the auditorium, so the “sweetest” seats in the parterre are taken by those who came before the others. Third, there are no intermissions, so you must be patient for the hour and a half the theater usually lasts.

Hello friends. This story is for art lovers, fans of visual effects and just curious people. The Theatre of Shadows in Prague was created by a team of young artists who lacked the usual theatrical means to express the romantic, fatalmagoric, funny and a little bit crazy world in which you and I live.

The action created by the fusion of plastic and visual effects immediately won the sympathy of the audience. And the artists began to invent and create new worlds that fascinate with their expression. We recommend everyone who goes to Prague to visit this theater. The only disadvantage – you don’t want to leave it at all.

This video shows the best fragments from various performances:

The Theater of Shadows has several names: the official name (it appears on the city map) is IMAGE theater. Another one is IMAGE Theater of Shadows and Light. It is popularly called the Black Theater. Because the background of the productions is black and the room is dark. In fact, the technique was first used by K. S. Stanislavsky in “The Blue Bird.

Another thing is how to develop a performance on the basis of a well-known technique. Now shadow theaters are gaining popularity. They exist in many countries. Games with light are fascinating; remember yourself as a child, when we used to create bunnies, cockerels, barking dogs and birds on the wall with a light beam and our fingers. Many theaters continue this trend (“black and white”) creating shadow paintings. But the Prague theater is different from others – brightness, color, expression and characteristic only for him language of dance.

Such theaters on the verge of several arts are a new art direction, which is gaining popularity among the discriminating European public. The performances include several important components that are not characteristic of conventional performances.

There are no words here, so there is no language barrier.

There are other ways of communication between the actor and the audience.

The play of the actors of the shadow theater is a modern pantomime.

Imagine: a completely black stage, expressive plastics… Light picks up sections of space, but its opposite – shadow – fights it. Mimes easily and suddenly hover and float above the stage, violating the laws of gravity. This leaves a strong impression on the unprepared audience, making them believe in the unbelievable. The actors literally float above the stage. The sense of magic is enhanced by the music. 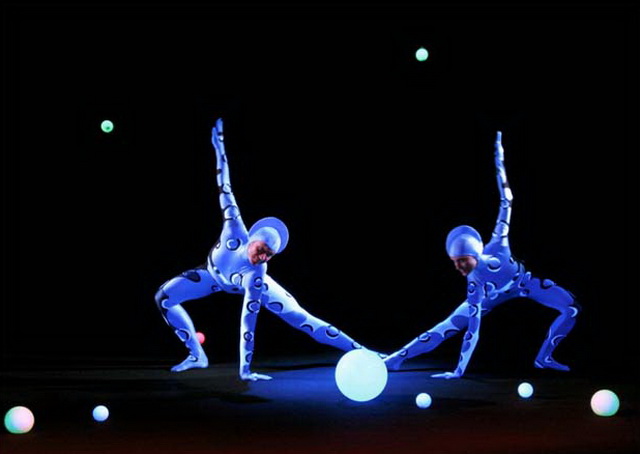 Who invented it all?

There are many similar theaters in Prague, but the most famous and favorite is the Image or Black Theatre Image. It was founded in 1989 by Aleksandr Čigář and Eva Asterová. The artists are professionals who know almost everything about the laws of the stage, and their search for self-realization led them to create their own special theater, unlike anything they had seen before.

The first performance of Image took place in 1990. And already in a year the troupe went on tour to Italy. Thus was laid the foundation of the new direction of the ancient art of theater. Soon a new permanent space for rehearsals and productions was found, and the geography of tours became a dozen more countries.

Success and demand gave the strength to implement more and more neuroyat ideas. The number of productions kept increasing. Now in the repertoire of the theater seven peculiar plays.

The most spectacular performances are Afrikania and Black Box.

The first tells the story of a couple’s vacation on a distant continent. Sea of adventure, seasoned with dangerous encounters with exotic animals. Unusual costumes, modern choreography and visual effects. It’s worth seeing.

Fans of criminal romance and detective stories will enjoy a completely different show – Black Box. During this action we can look for a while (or even get inside). the head of the criminal, learn his secrets, thoughts and desires.

How to get to the Theater of Shadows

The Image Theater building is quite easy to find, it is located in the famous tourist area near the Charles Bridge.

Take the subway to Můstek station, and then walk in the direction of the promenade. 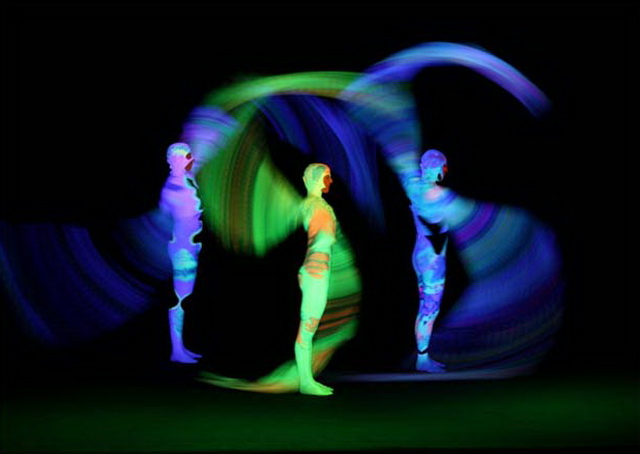 How much does it cost

The ticket to the theater costs 480 CZK.

Important: The theater does not have numbered seats. So if you want to get a “tastier” seat, come early. The entire performance lasts about an hour and a half. There is no intermission.

You can order tickets on the website of the Image, and buy them in advance at the ticket office. Plan your visit to the theater in advance and reserve tickets. The theater is popular and there may not be enough seats for everyone.

The theater is located in the historical part of Prague. If you want to have a lot to do and you do not have enough time, we recommend you to use the services of a professional Russian-speaking guide. He will show you around the sights, and help you with buying tickets to the Theater of Shadows.

You can book a tour here

Do not forget our blog. Subscribe to updates, share useful information with your friends. Get the most out of traveling virtual and real. See you soon!