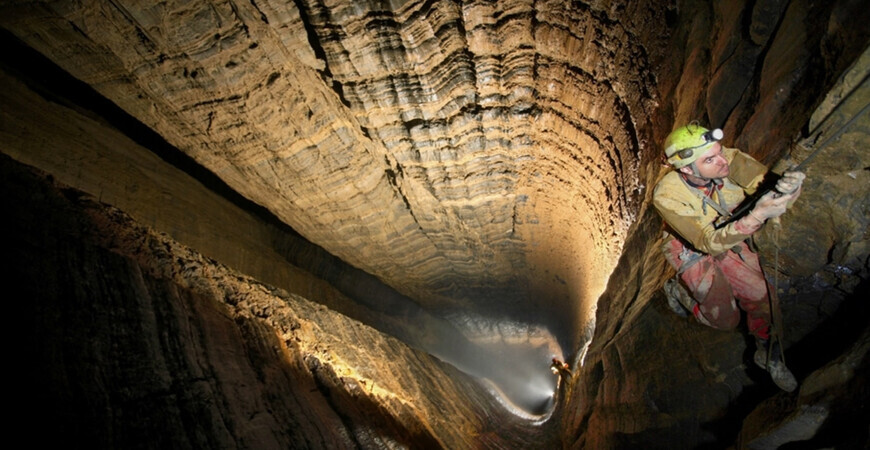 Not long ago the Krubera Cave was considered the deepest not only on the territory of Russia, but also in the whole world. It is hidden in the mountain range with the beautiful name Arabika in Abkhazia. Its second popular name is Crow Cave. At the moment, its explored depth is 2,199 meters. Speleologists claim that this is not the limit. The cave belongs to the karst type and is fully vertical.

Scheme of the cave Kruber-Voronya

The central entrance to the Crow Cave is hidden in the area of Orto Balagan. The altitude of the mountains here is almost 2260 meters above sea level. The underground cavity belongs to the karst group. Caves of this type are the deepest; they are formed as a result of dissolution of rocks (limestone, marble, gypsum, chalk, dolomite) in water. Kruber Cave is formed in limestone. Its structure consists of consecutive wells, which are connected by crossings of different sizes and passages. At a depth of about 200 meters underground diverges into two branches: the main (maximum mark – 2199 meters) and Nekuybyshevskoye (maximum depth is 1679 meters). The name of the second branch came from the fact that they tried to find a connection with the neighboring Kuibyshevskaya cave. At 1300 meters, the main branch begins to branch out, forming a multitude of holes. More than 8 tunnels (i.e., siphons) are open here, they are located at different levels. Water flows through each of them. According to the latest data, the total length of the passages is more than 16 km.

Most likely, the karst water discharge becomes possible with the participation of the rivers Agepsta and Reprua. They fill up in the cave and appear on the surface near the mountains. It is noteworthy that the Reproia is one of the shortest rivers in the world, its length does not exceed 18 meters and width is 10 meters.

History of the discovery

The Raven Cave was first discovered by a team from the Georgian Bagrationi Geographic Institute in 1960. Then they descended only 95 meters. At that time the cave was given its main name after the founder of the national karstology, Alexander Alexandrovich Kruber. It was he, as a professor of Moscow State University, who first began to study the massif in Gagra in the early XX century. Then the discovery was forgotten for several years.

In 1968 the team from Krasnoyarsk has descended to 210 meters. Then the cave was called the Siberian. Now this name is practically never used. And again the silence. Only in the 1980s, the Kiev speleologists undertook a survey of the cave. They found themselves at a depth of 340 meters. During this period, there was another name, which became widespread – Cave Raven.

The Georgian-Abkhazian war in the early 90s cut off Abkhazia from free visits. Speleologists were able to return to these places only before the new millennium.

Krubera Cave – the deepest in the world

Until 2017, the Krubera Voronja Cave was indeed considered the deepest cave in the world. Records have been set one after another since 1999. Then the Kiev team was able to descend to 700 meters in one expedition. Exactly one year later they increased the distance to 1,410 meters. At the end of January 2001, members of the UCA (stands for “Ukrainian Caving Association”) and some participants from Moscow were able to achieve a world record of 1710 meters. Prior to that, the French Pierre Saint Martin and Jean Bernard with a depth of 1600 meters were considered the absolute record holders.

Over the next decade, several competing expeditions moved lower and lower. In 2004 speleologists penetrated to a depth of 2080 meters. In 2005 the CAVEX team discovered new, previously unexplored sections of the cave. The group had to work in the most extreme conditions, requiring diving into icy water. One of the participants tragically died. Then they were able to reach 2140 meters.

On August 10, 2013 Ukrainian Gennady Sumokhin (USA member) set a new world record for the depth of descent under the ground. He descended to 2,199 meters.

A long-time rival of the Kruber Cave for the title of “the deepest cave in the world” is the Verevkin Cave. It was discovered in the same region of Arabica and around the same time. Research work went on in parallel at both sites. In 2017, the expedition was able to descend to 2,204 meters in Verevkin Cave and thus broke the record of Kruber Cave. Another year later, the figure was increased to 2,212 meters when speleologists were able to measure the depth of the lake at the bottom of the cave. As a result, this depth was below the deepest mark in the Black Sea.

How to get to the cave Krubera

The cave is located 15 km from Gagra. It is more convenient to get to the mountains by car or take a cab. However, there are no excursions to the cave Krubera. It is not a tourist place. It is not possible for ordinary people to get inside on their own. Visiting the dungeon is possible only together with the expedition group (with the obligatory presence of climbing equipment and the necessary level of training).

Raven Cave is a true legend in the world of speleology. Experts from different countries dream to visit it. The works continue. Apparently, in the near future new depths will be conquered.

The Krubera-Voronja cave is the deepest cave in the world. 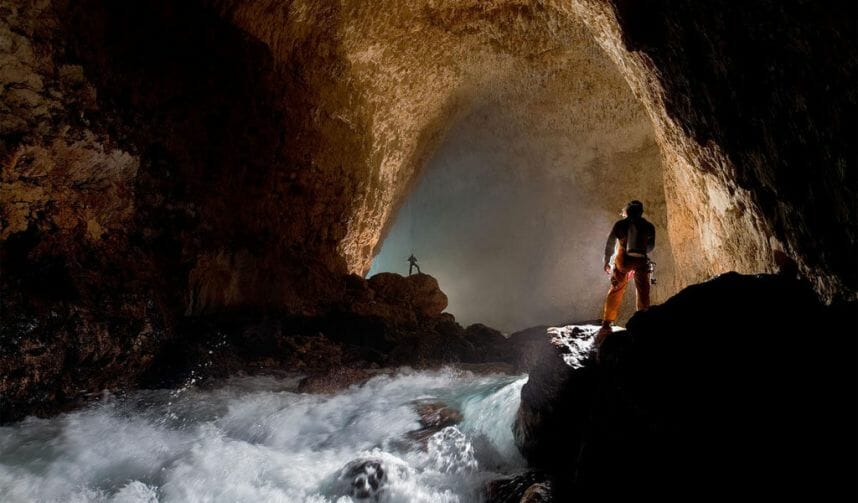 The Krubera-Voronya Cave located high in the Greater Caucasus Mountains in Abkhazia is the deepest cave in the world. Today its depth is 2200 meters. The cave has a rich history and is of great value to speleologists.

* Remember that under Georgian law Abkhazia and South Ossetia are considered occupied territories. Accordingly, visiting these territories from the Russian side, you are breaking the law.

The history of the cave begins in 1960, when it was discovered and studied to a depth of 95 meters by a group of enthusiastic speleologists of the Institute of Geography named after Bagrationi. Immediately after the discovery of the cave, it is assigned the name of Kruber, the founder of the national karst science. By the way, if you like caves, you may also be interested in the mountains? We invite you to the Georgian resort of Sairme, it has a beautiful mild climate all year round. 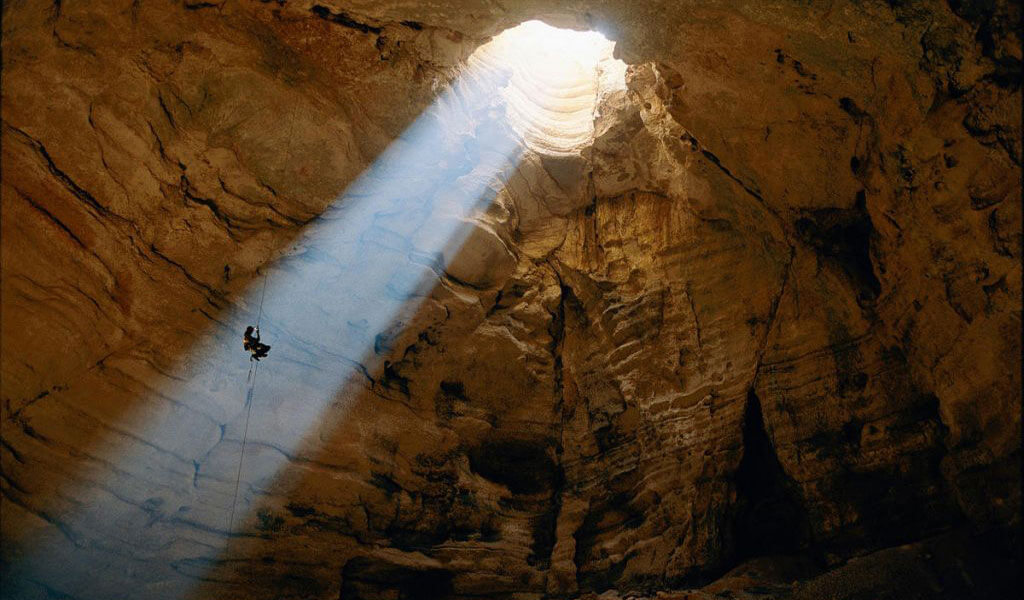 The second time the cave was explored in 1968 by an expedition of speleologists from Krasnoyarsk. The explored length of the cave increased to 210 meters. They gave the cave its second name – Sibirskaya.

In the 1980s the cave was studied by speleologists from Kiev. After that expedition the depth of the cave was 340 meters. Scientists have given the cave another name: Raven. After that the cave became known as Krubera-Voronya.

Aggravation of the armed conflict in Abkhazia in 1992-1993 long suspended the study of the cave. The research was resumed more than 20 years later, in 1999. That year cave explorers from Kiev made a breakthrough deep into the cave at 700 meters. 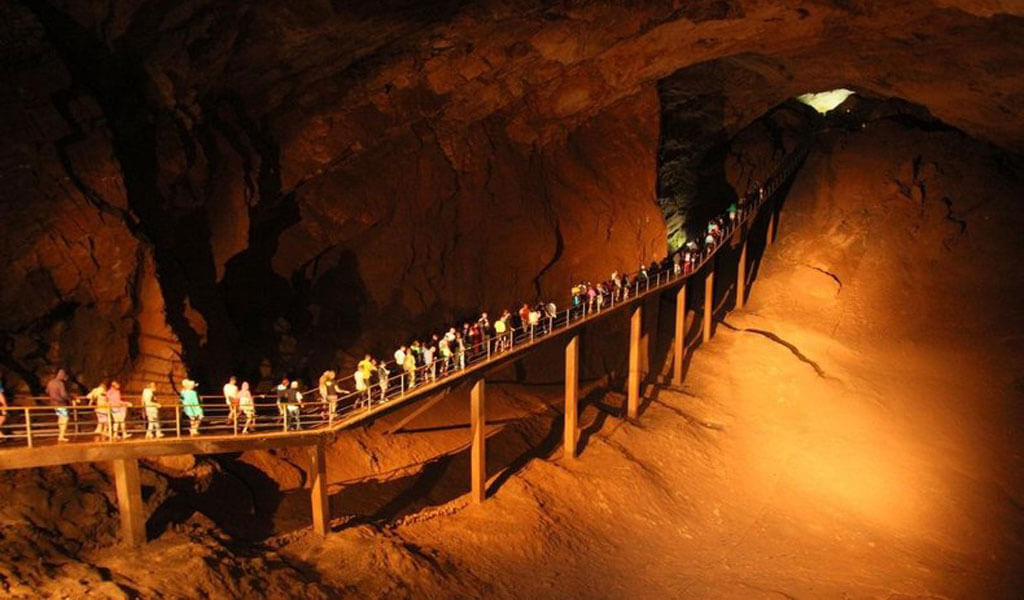 READ
Where is the highest mountain pass in the world?

The entrance to the cave opens on Mount Arabica in the north of the Berchil ridge. The distance above sea level is 2250 meters. The cave has karstic origin of subvertical type. It consists of a string of wells connected with each other by climbing. The depth of the largest plumb line is 152 meters. 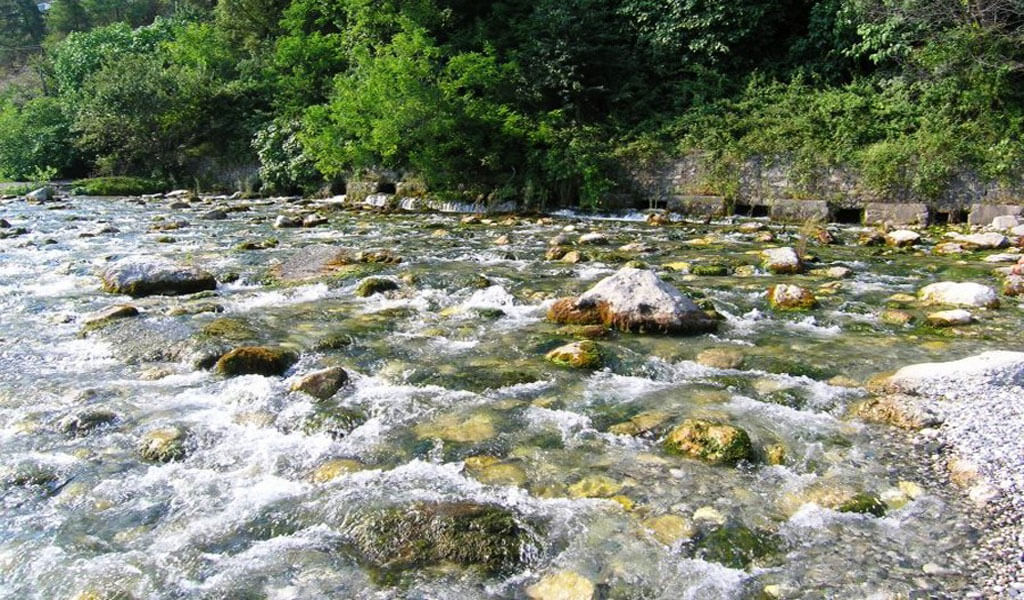 The cave consists of two large branches: Nekuybyshevskaya (length about 1700 meters) and Main (length reaches 2200 meters). At a depth of 1300 meters the main branch diverges into a huge number of small branches. 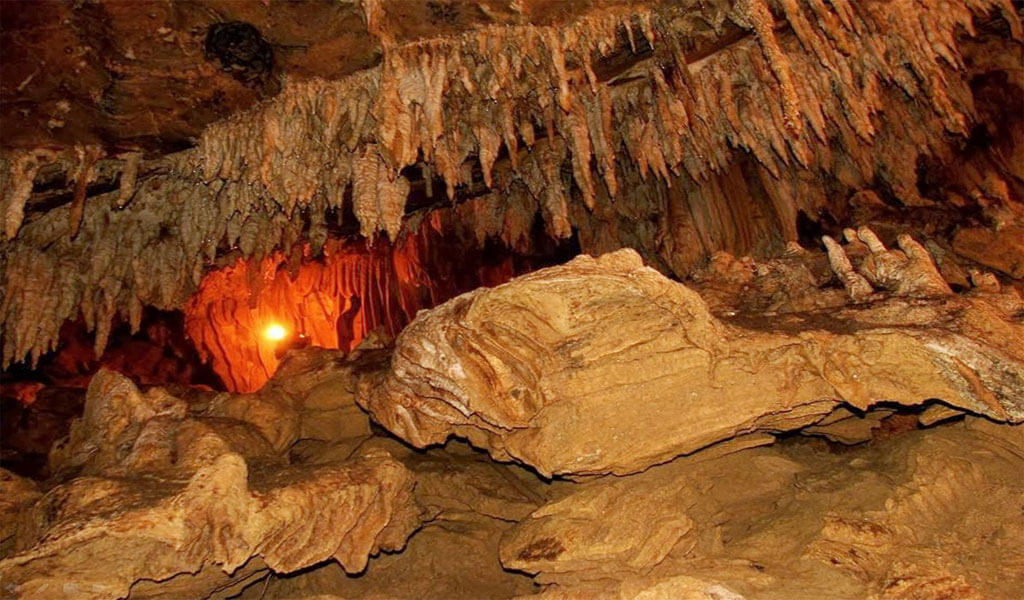 In the deepest part of the cave (1400-2150 meters) there are 8 underground tunnels, through which the water flows. The cave runs through a thickness of limestone, which, starting from a depth of 1600 meters, and below has a black color.

The total length of the passages of the cave Krubera-Vorona exceeds 16 km.

The cave is not equipped with paths for tourists. To get into the cave is possible only with a group of speleologists. Expeditions are organized 2-3 times a year for study of the cave.

The nearest city to the cave is Gagra. The distance to it is 15 km to the south-west. To get into the cave on your own you can not. You can do it only on a tour with an expedition group, if you have specialized equipment and experience in mountaineering. 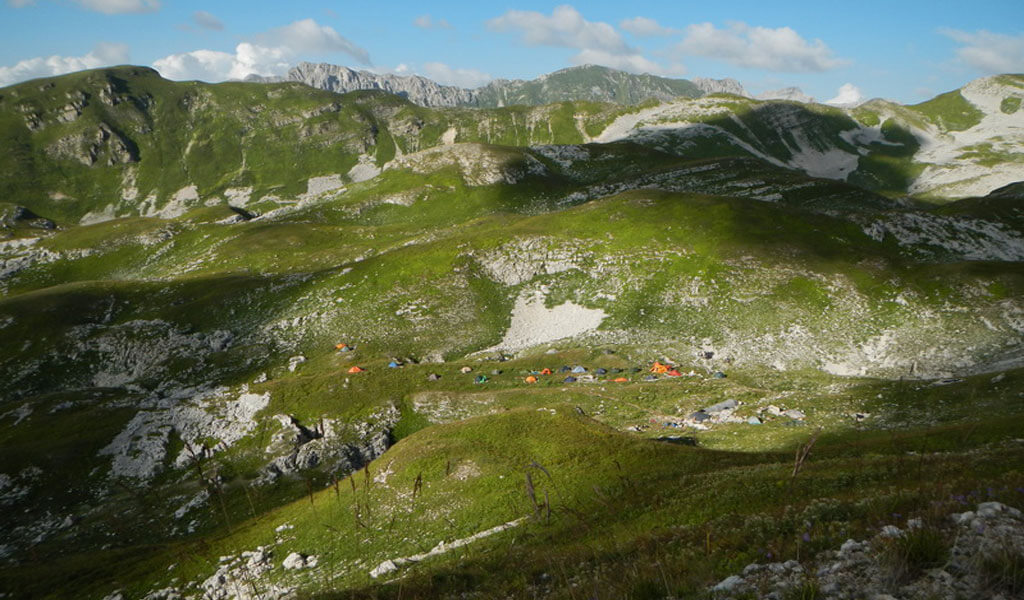 The Krubera-Voronja cave is of great interest to speleologists as the deepest cave in the world. Speleologists argue that 2200 meters is not the limit for the cave, there is a possibility of conquering even greater depths.

READ
La Plata River, the widest river in the world

Remember that under Georgian law Abkhazia and South Ossetia are considered occupied territories. Accordingly, visiting these territories from the Russian side, you violate the law. This leads to a fine of 400-800 GEL and other trouble.