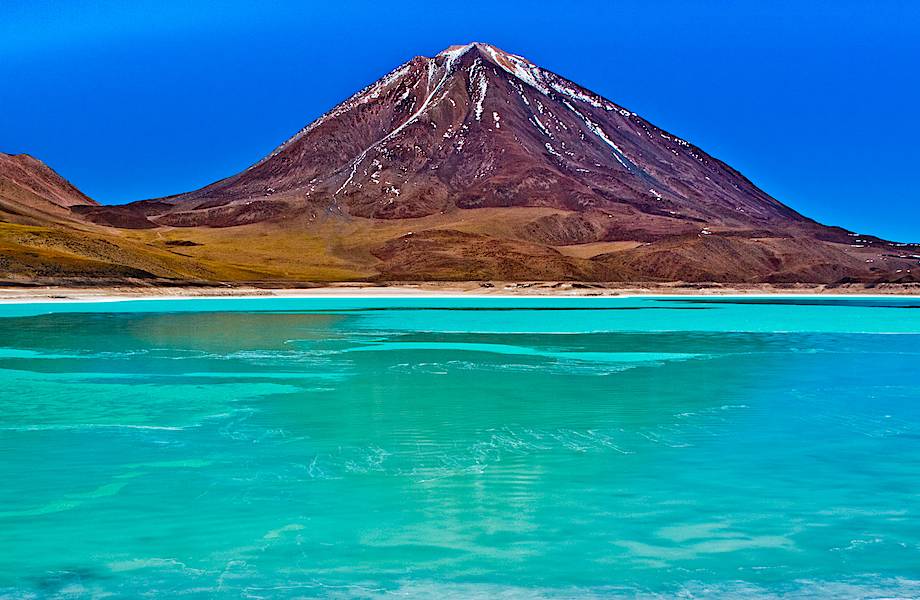 Today TravelAsk invites you to walk around the most amazing lakes. And they are amazing because they are very high up in the mountains and hidden from human eyes. This means that they have preserved a unique ecosystem, and few tourists have been able to enjoy their beauty. So, the top 5 most high-altitude lakes of our planet.

These two lakes are located 4,300 meters above sea level at the foot of the volcano Licancabur, which is located in Bolivia. By the way, there is also a small lake in its crater.

The lakes are stunningly beautiful: the water in them is emerald in color. The fact is that they have a lot of different sediments, including copper, arsenic, calcium and lead. But despite this, the water is inhabited by bacteria and plankton. Laguna Verde is a larger lake and always consistently emerald in color; Laguna Blanca is much smaller. The latter has its own peculiarities: it is capable of changing color. Usually its water is milky in color, but sometimes it also becomes emerald. The matter is that it contains much less substances than the former, but if one blows in the wind, the color changes, as at the bottom there are numerous deposits of copper. 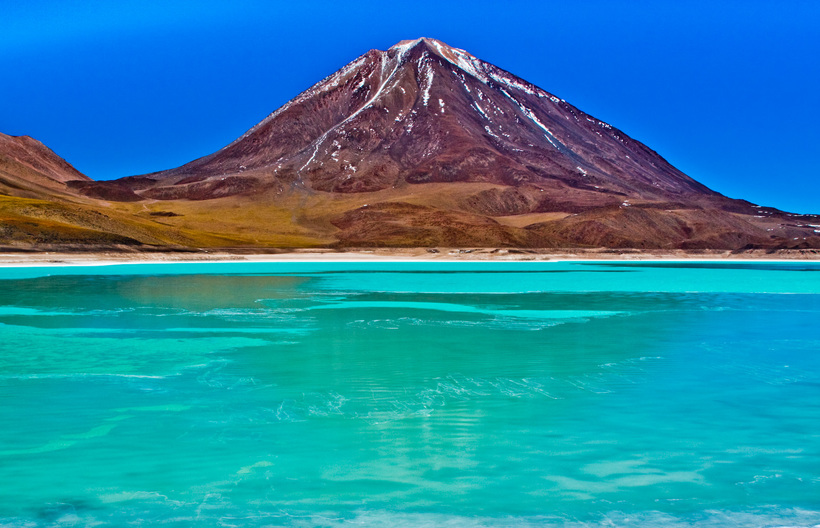 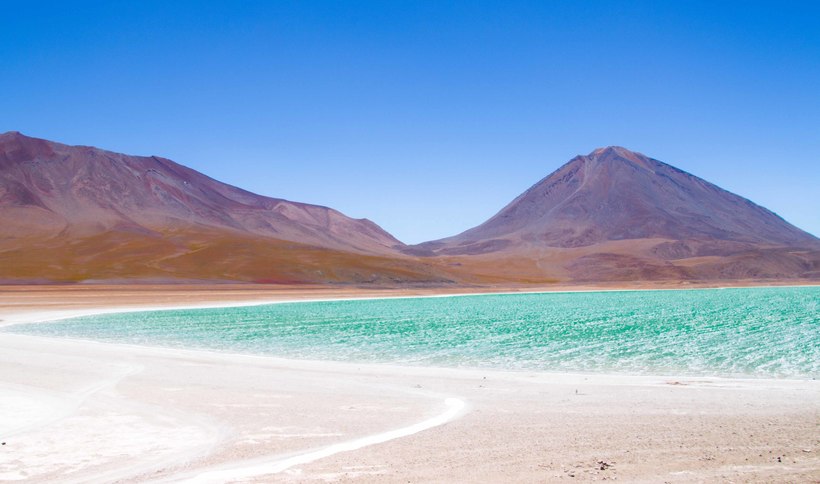 In addition, the area near Lycancabur is one of the driest places on the planet, rainfall is very rare here, so there is no vegetation. That’s why the scenery here is quite impressive: clay-colored soil, emerald water and majestically towering volcano surrounded by other no less picturesque mountains. And all this beauty is complemented by the flamingos that inhabit these places. 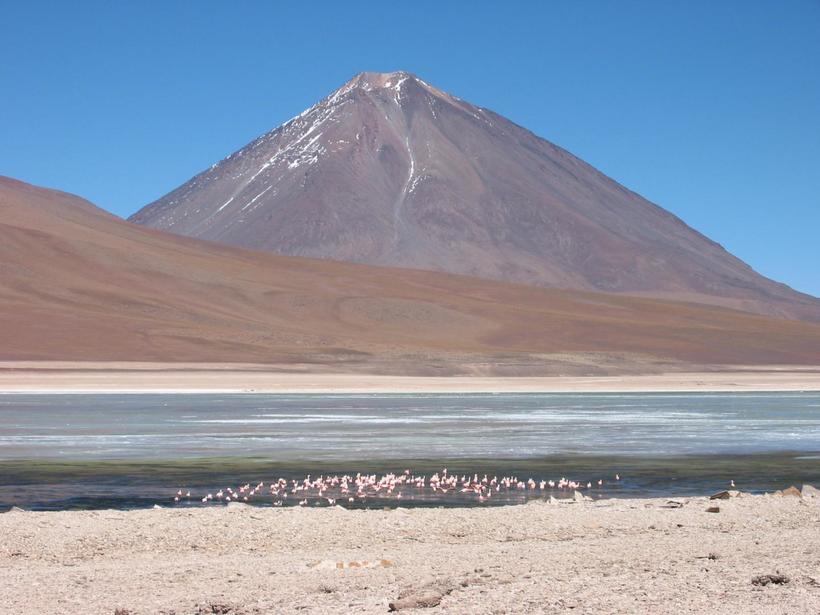 No wonder the lakes are popular with tourists.

This amazing body of water is located in Chile at an altitude of 4,570 meters and its area is more than 21 square kilometers. It has preserved pristine nature with its rare inhabitants, many of which are almost impossible to find in the foothills of the Andes. 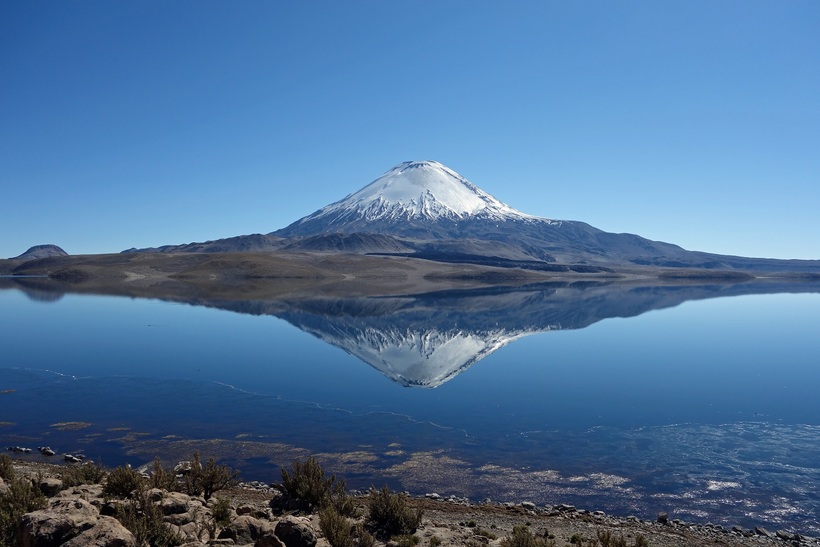 Besides, there are old buildings on the banks of the Chungara: people used to live here once. Therefore, the reservoirs attract not only climbers who want to conquer the local peaks, but also history buffs. 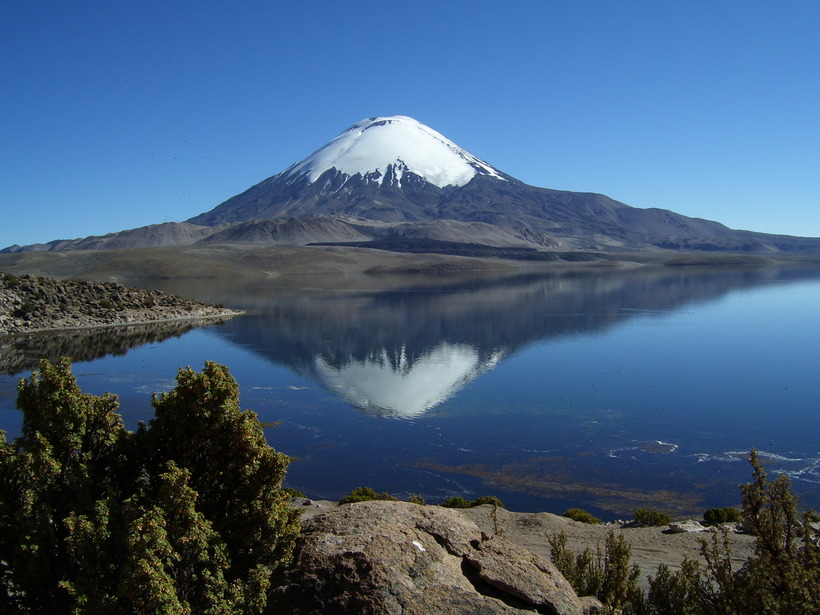 And look at Sahama, a snow-covered extinct volcano, next to which Chungara is located.

This body of water is located in India, in the state of Sikkim, 5,148 meters above sea level. It was named by Buddhists after the teacher Padmasambhava, better known as Guru Rinpoche. He is the founder of Buddhism in Tibet. The preacher visited the lake in the 8th century and since then it is considered sacred and thousands of pilgrims come here every year for ablutions. It is believed that the water here is curative.

The lake is unusual: in winter it freezes, but not all of it, a small part of the reservoir remains untouched by ice and frost. Buddhists believe that during the pilgrimage, the teacher Padmasambhava put his hands on this place, and therefore it is not covered with ice. By the way, it is not so easy for ordinary tourists to get here: you need a special permit from the Ministry of Home Affairs of Delhi.

These are five lakes with crystal water, surrounded by mountains. They are located in the highest mountainous country, Nepal. The reservoirs are located at an altitude of 5,494 meters above world ocean level. Hindu pilgrims come here regularly. In general, these places are mysterious and fabulous: Nepal is Nepal. For example, so high unprepared person will be difficult to breathe, but, despite this, not far from the lake is quite a lot of villages. People here live a secluded and peaceful life in harmony with the wildlife. If you ever manage to visit these amazing places, pay attention to these settlements, they are wonderful with their colorful life and special history.

The record-breaker of our top list can be seen while climbing the highest volcano on the planet – Ojos del Salado. The volcano is located near the border between Chile and Argentina. By the way, we already told you about it here . The lake is “sheltered” at an altitude of 6,390 meters above sea level. The reservoir is only 100 meters in diameter and 10 meters deep, but it is the highest-lying source of fresh water on Earth.

High up in the mountains of Bolivia there is a wonderful corner of nature. It attracts not only tourists but also beautiful and graceful birds – pink flamingos. This is Laguna Verde (Spanish for “green lake”). It is located just 3 kilometers from the Chilean border in the Edward Avaroa National Park in the southwestern part of the country. 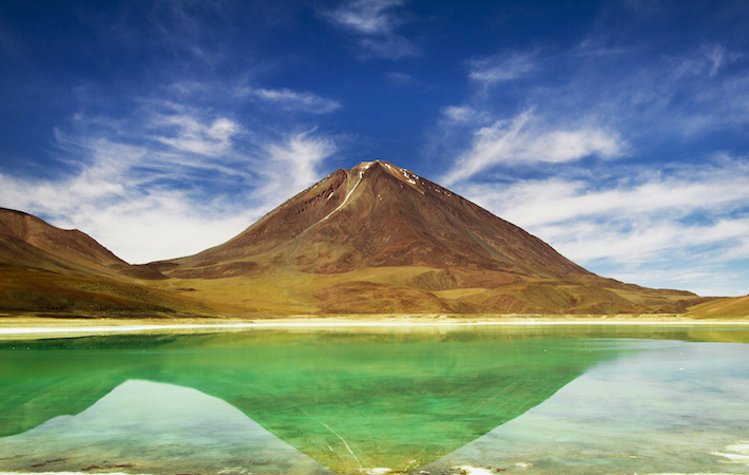 Laguna Verde on the map

As has become clear, the lagoon owes its name to the color of the lake water. Usually it is blue-green, but there are times when the color can change from gray to yellow. The water in the lake is salty and very rich in minerals and chemical compounds of sulfur, arsenic, magnesium, calcium, and lead. Despite the fact that almost half of the Mendeleev Table is dissolved in the lake, you can swim in it. 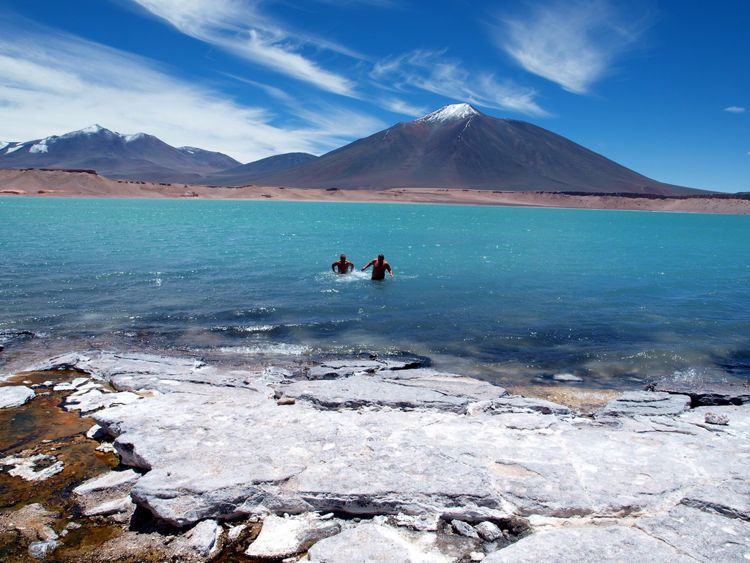 Laguna Verde is surrounded by several volcanoes. The most beautiful and highest of them is Likancabur, 5,920 meters above sea level (although the altitude data is a little different) and has been dormant for over 500 years. And the lagoon itself lies at an altitude of about 4,300 meters. Vegetation at such an altitude is extremely sparse, but this does not mean that the pictures here will not turn out. On the contrary, the bright green water of the lake against the background of the volcano looks very impressive. Likankabur volcano is shaped almost a perfect cone, like the famous Japanese Fujiyama. By the way, just like on Fujiyama, there are ancient buildings on top of Likankabur. Only in this case, the structures belonged to the Inca Indians.

The surrounding scenery is somewhat similar to the views of Afghanistan’s Bande Amir Lakes. The same beautiful water against the background of equally beautiful mountains. The lake shores here are composed of dark volcanic rocks and white salt deposits, creating a striking contrast to the emerald waters. 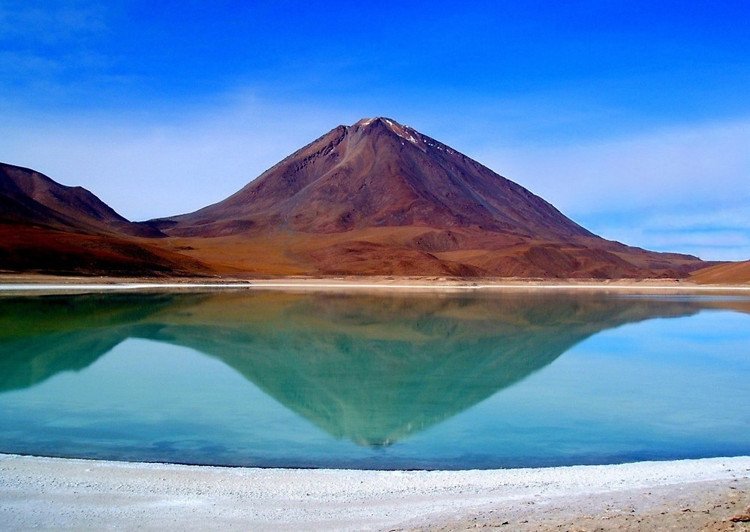 Laguna Verde is also notable for the fact that it has geothermal springs. The temperature of the water in them exceeds 40 C o .

Some of the most delightful birds of our planet – pink flamingos often fly here. They bring even more charm to the lagoon. Travelers visit these places not only to see and capture the amazing scenery, but also to admire the flamingos. 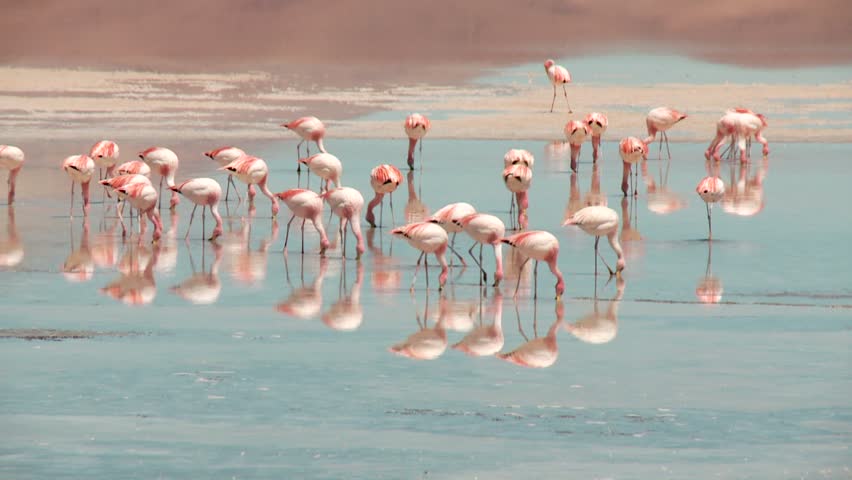 It’s worth noting that you can’t have a beach vacation like on Mactan Island or Bora Bora. But to spend time thinking or just contemplating the beauty is quite possible. Don’t forget to bring warm clothes, because the temperature here may not always be comfortable, and strong winds are the norm. The best time to visit Laguna Verde is considered the season from April to September.

Just a mile and a half east of Laguna Verde is Laguna Blanca (translated as White Lake). It is almost twice as big (area about 11 km2 ), and the color of its water is closer to the white of the Uyuni salt marsh in Bolivia.