Natron – a deadly lake in Tanzania

Lake Natron is one of the most famous natural attractions in Tanzania. It is famous for the fact that the water in the lake has a bright red color, and the birds that once flew over the place, turn into salt stones. The existence of this unusual body of water has become known to the masses relatively recently: a few years ago, photos of Lake Natron in Tanzania were published in a British magazine. 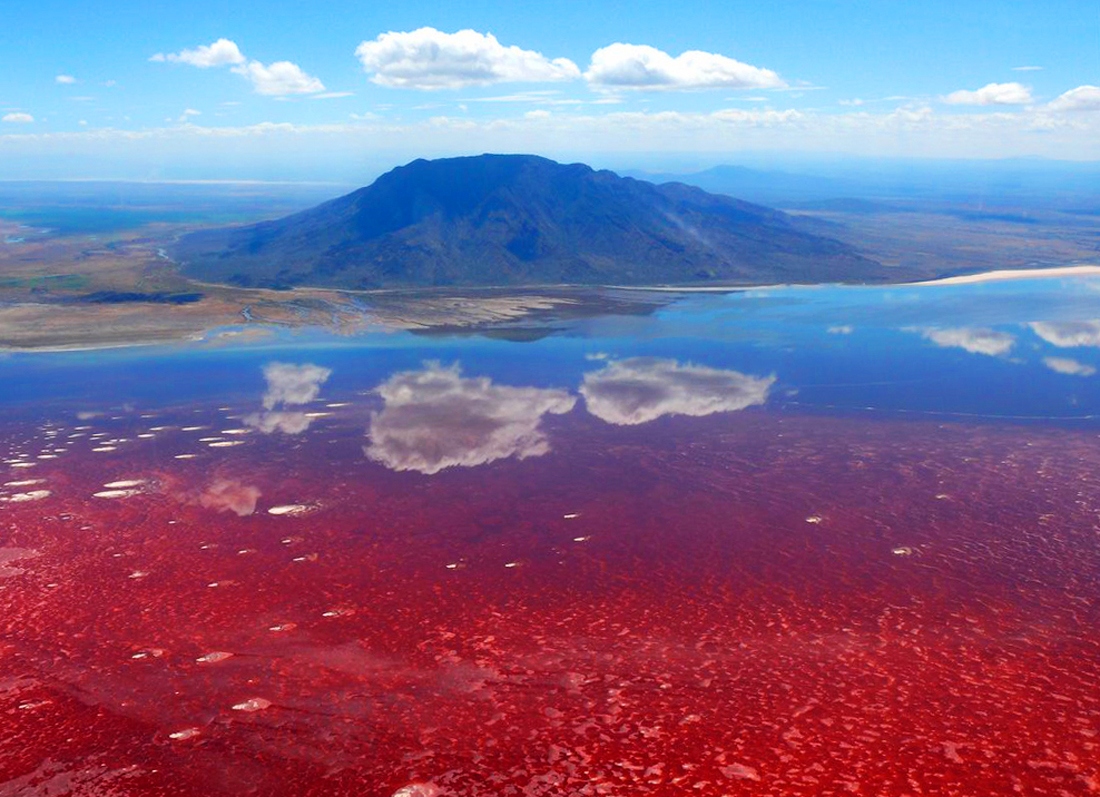 Natron is the most salty and alkaline body of water not only in East Africa, but also in the world. Its distinctive murky red color is just a thick crust of salt which covers the lake. Because of the global ecological changes now taking place in the world, there is a great threat in the near future that the unique composition of the Natrona could be affected by an imbalance of salt. And this could lead to the extinction of the unique microorganisms living in the reservoir. 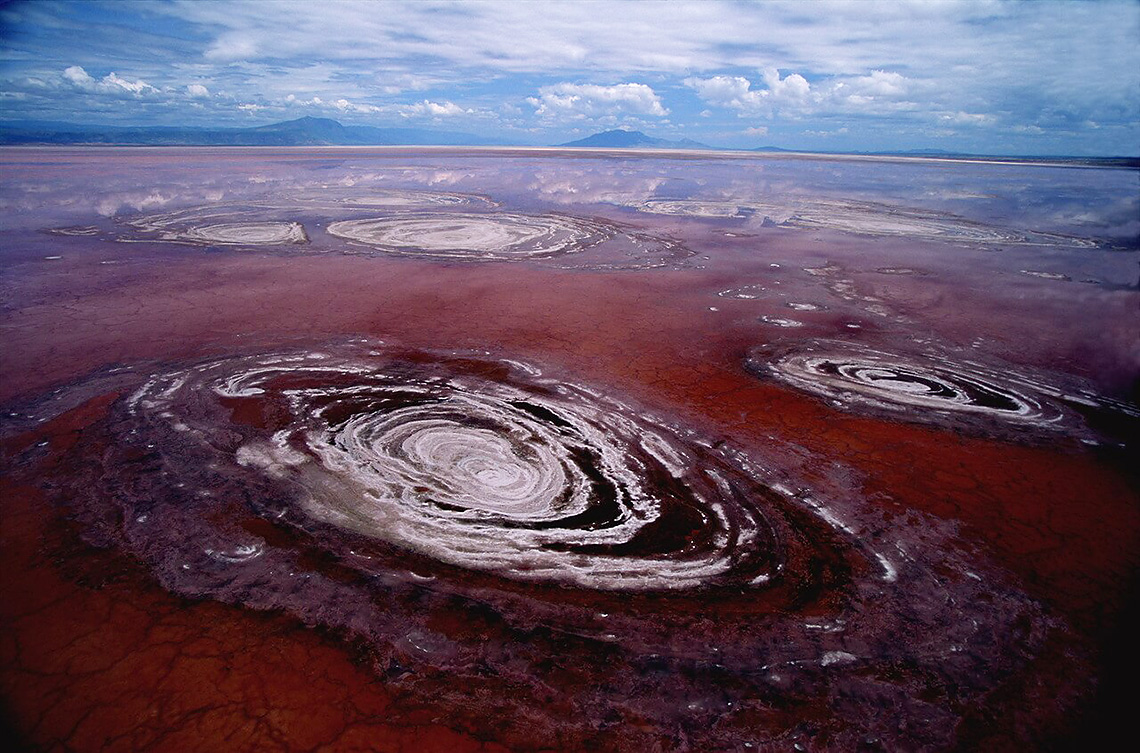 The lake is located near the Tanzanian border with Kenya, and covers an area of just under 1,040 square meters. It reaches no more than 57 km in length and about 21 km in width. During the warmest months, the water temperature in the reservoir can exceed 50-60 °C. The average depth of the Natrona is 1.5 meters, and in the deepest parts – 3 meters. A tributary of the lake is the Evaso Ngiro River, which originates in northern Kenya. You can book a safari to Natron through a local operator Altezza Travel, whose office is located directly in Tanzania. 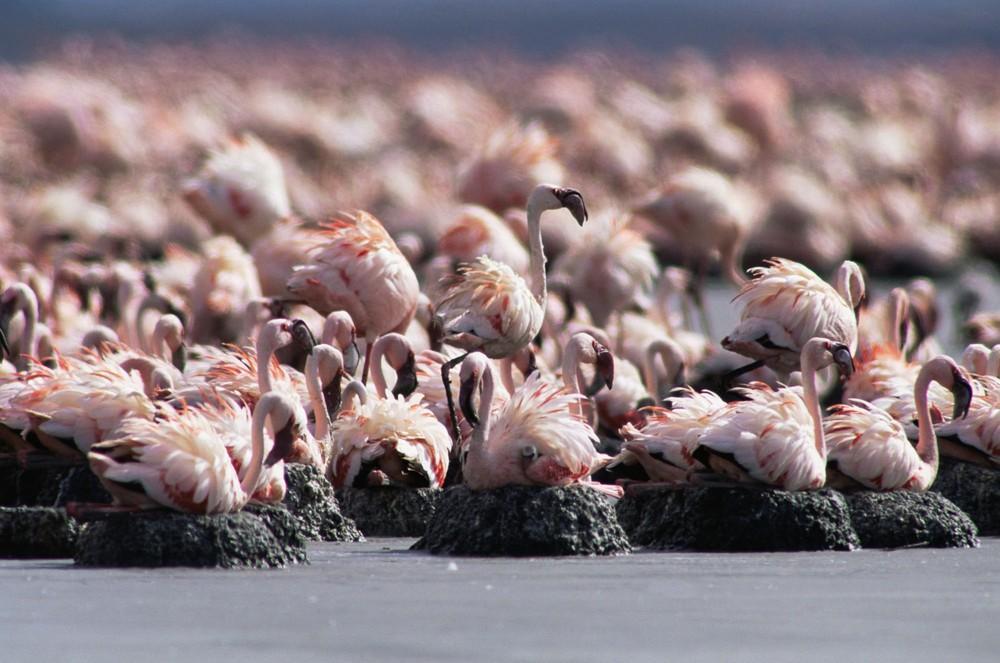 Lake Natron is home to only 3 species of microorganisms and is also the birthplace of 75% of the flamingos living on Earth. For the “children of the sunset,” it is an ideal place – because of the high salt balance, raptors and other birds try to stay away from the lake. By the way, in order to see flamingos in Tanzania, it is better to fly to Natrona in summer, which is the breeding season of the birds.

In the lake itself can live only one species of fish – alkali telapia. Over many millennia, they have adapted to the harsh and dangerous conditions, and today the Natron is the only place in the world where this species lives.

Today scientists from all over the world are against the construction of a potash plant (later used to make washing powder) near the lake – this unfavorable proximity can badly affect the salt balance in the reservoir and the imminent extinction of small flamingos in Africa. But the natives of Tanzania have a different truth: the factory could provide housing and employment for more than 1,000 people. 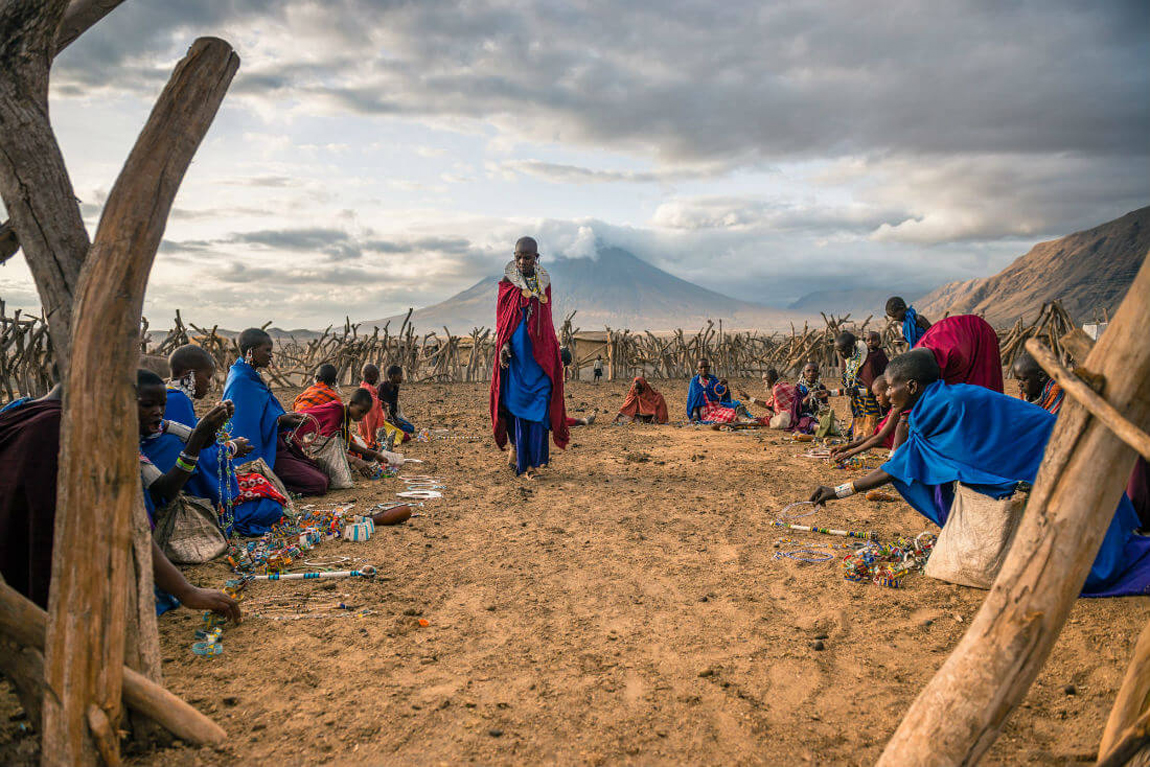 By the way, the only people who live in these places are members of the ancient Salai tribe. They consider the lake a manifestation of divine power, and all their life they roam along the shores of the salty body of water.

For many scientists, Natron in Tanzania is still a mystery. And if everything is clear with the color (due to the high amount of salts a red-pink crust is formed), then another phenomenon (Lake Natron turns animals into stones) can not be explained by everyone. 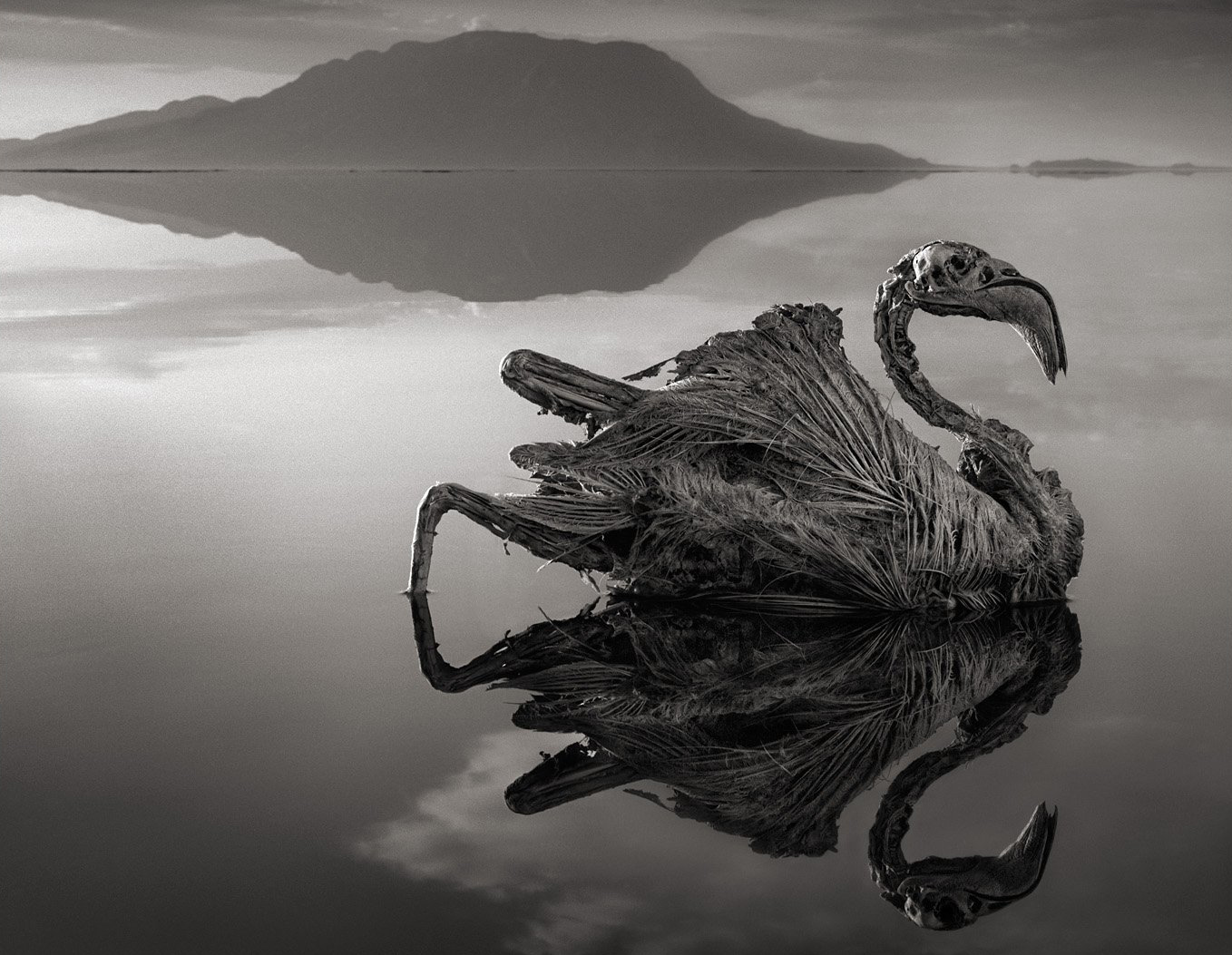 The cemetery of birds became known thanks to the naturalist photographer Nick Brandt, who first published pictures of frozen birds in his magazine “On a Torn Earth. At first he was accused of being a staged photo shoot, but after some time, researchers still confirmed the veracity of the photos. After that, photos of Lake Natron began to spread rapidly, and Tanzania became quite popular tourist destination.

Many scientists explain the phenomenon of stone birds near Lake Natron in Tanzania as follows: due to the fact that the water temperature in some places reaches over 60 °C and the water is very salty and alkaline, the birds getting into the lake do not decompose but freeze forever. 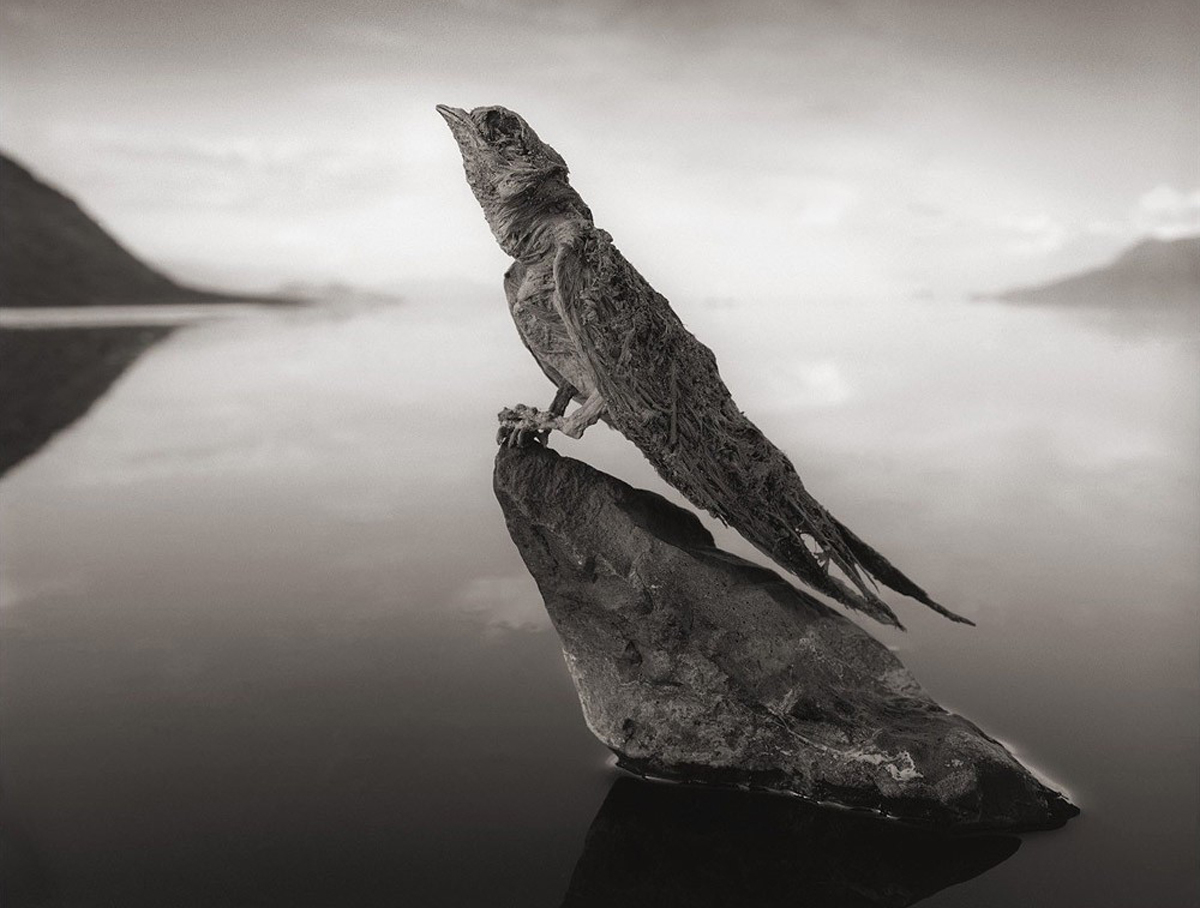 The only thing that biologists have not yet found an explanation for is why the birds fly into the water. The most popular version: due to increased reflectivity, the birds lose their orientation and, mistaking the water for the sky, fly down at full speed. Although there are other opinions: for example, some researchers believe that all the birds died of their own death, and were covered with salt afterwards. However, the photographer Nick Brandt, who has been in these places more than once, refutes this assumption.

But be that as it may, the lake killer Natrona and dangerous for people: it is not only not worth it to bathe, but even touch the water, because you can just simply burn. In addition, to the end it is not known what effect the hot alkaline water can have on the human body – scientists are not in a hurry with the experiments and conclusions. 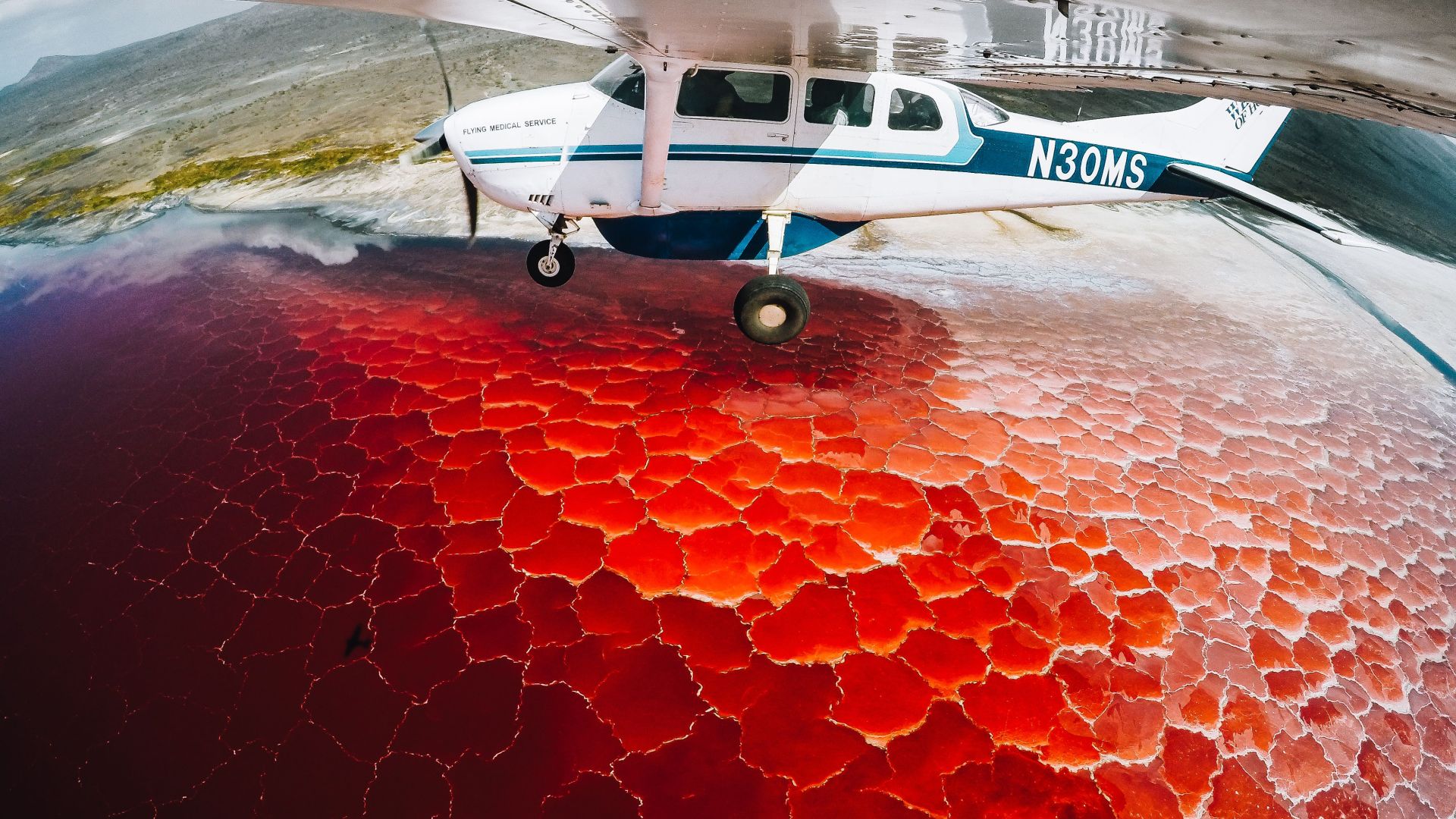 Depending on the season, Lake Natron may look different: in summer it dries up, and the ground, where there used to be water, is covered with huge cracks with salt. Seasonal downpours in this part of Tanzania begin in August and September and last until December. The color of the water changes depending on the bacteria that become active during certain months of the year.

How to get to the lake from Arusha 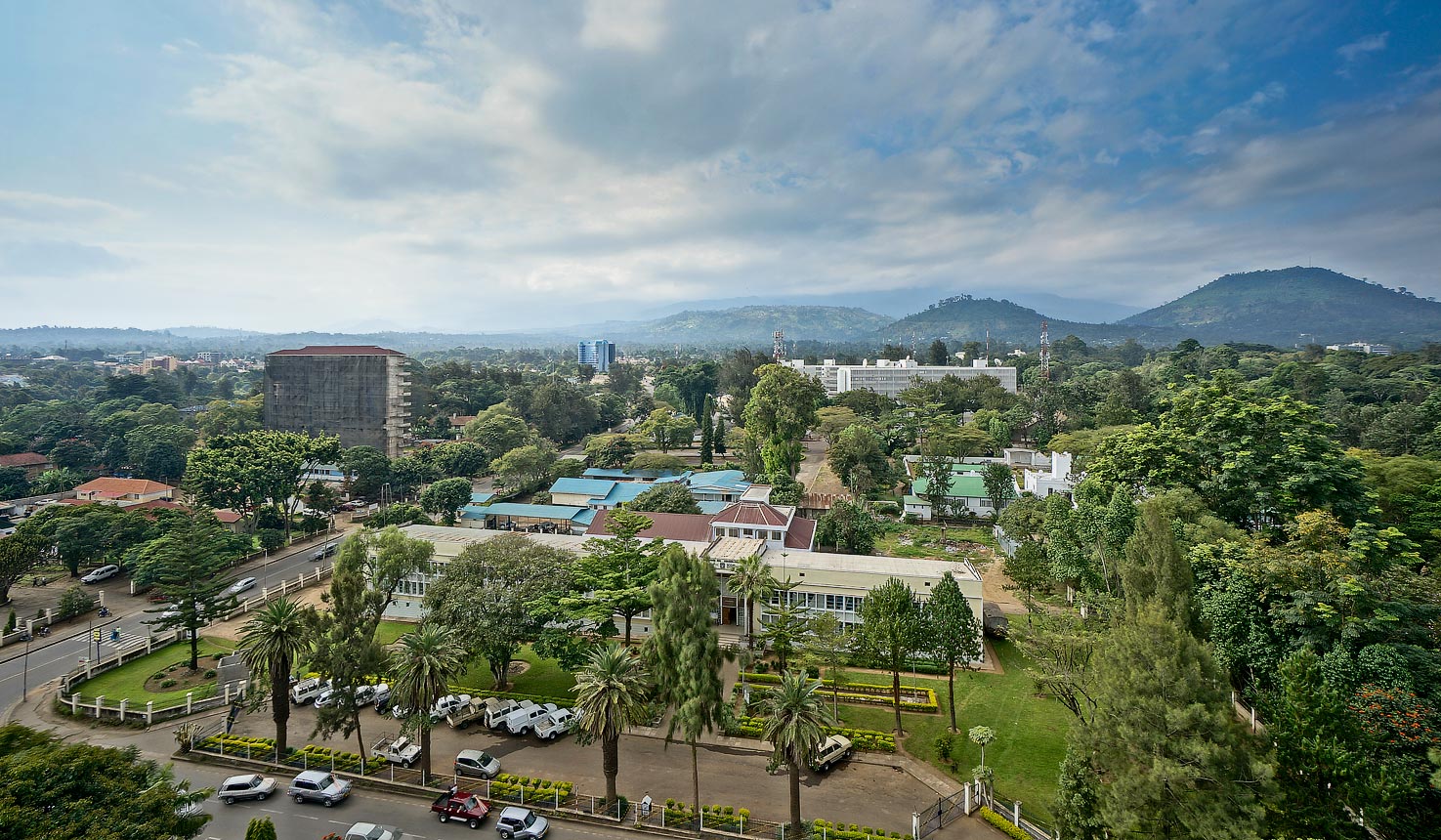 The nearest town in Tanzania is Arusha 240 km from the lake. You can get from there to the unique attraction by local bus, which will take four and a half hours. There are no trains in these parts at all, and there are no separate excursions to the lake. However, you can buy a tour of the volcano Ol Doinho-Lengai, which also includes a visit to Natrona. There are many campsites at the foot of the volcano.

READ
Kilimanjaro is the highest mountain in Africa. Tanzania

Arusha can be reached from: Kenya’s Nairobi (4 hours), Dodoma (6 hours) in Tanzania and Dar es Salaam (travel time is 9 hours). The nearest airport is 50 km from Arusha.

Getting to Arusha and beyond is quite difficult and expensive, and this should be taken into account when planning a trip. But as many tourists say, Lake Natron is so unique and unusual that it is definitely worth the money and effort.

Updated: May 3, 2021 Lake Tonle Sap is located on the Indochinese Peninsula, in the very…

Updated: 8 Jul, 2021 Tanzania has almost no other attractions other than national…

Updated: July 8, 2021 An abundance of diverse tourist recreation is known for the coral island of Pemba, which… 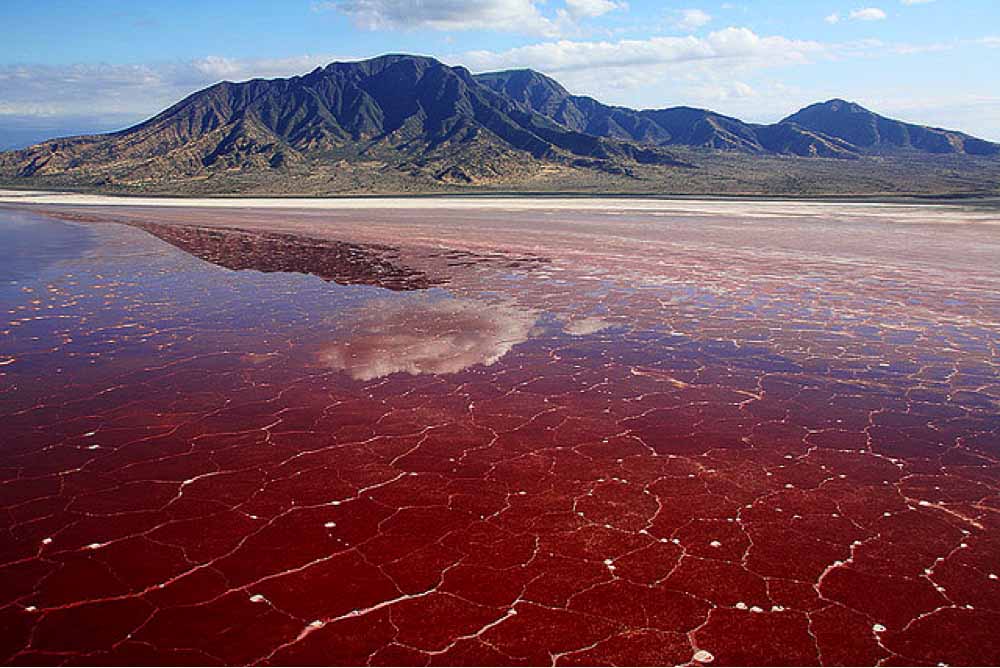 Lake Natron is a salt lake located in Africa’s vast Great Rift Valley, in northern Tanzania, near the Kenyan border and just northeast of the Ngorongoro Crater. Hidden between volcanic hills and deep craters, Lake Natron is located at the lowest point of the rift valley, 600 meters above sea level, and is perhaps the most alkaline body of water in the world. 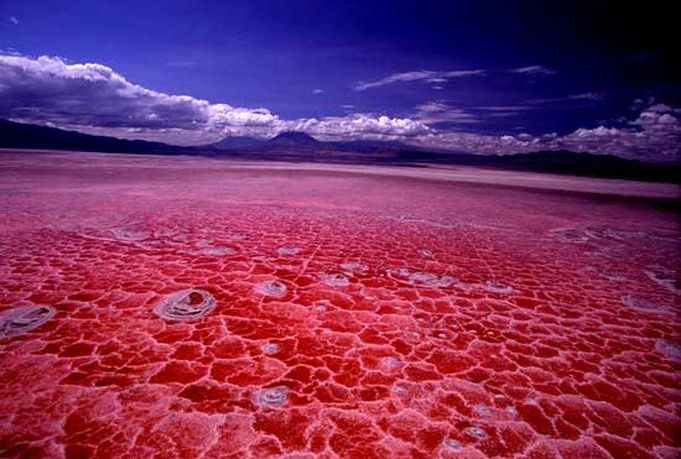 The climate around the lake’s location is harsh – it’s hot, often very dry and dusty, which is not conducive to tourist travel. But those who dare to travel to Lake Natron are rewarded with stunning views in Tanzania.

1. The main distinguishing feature of the lake is its highly unusual bright red water color. But this is not always how it looks. 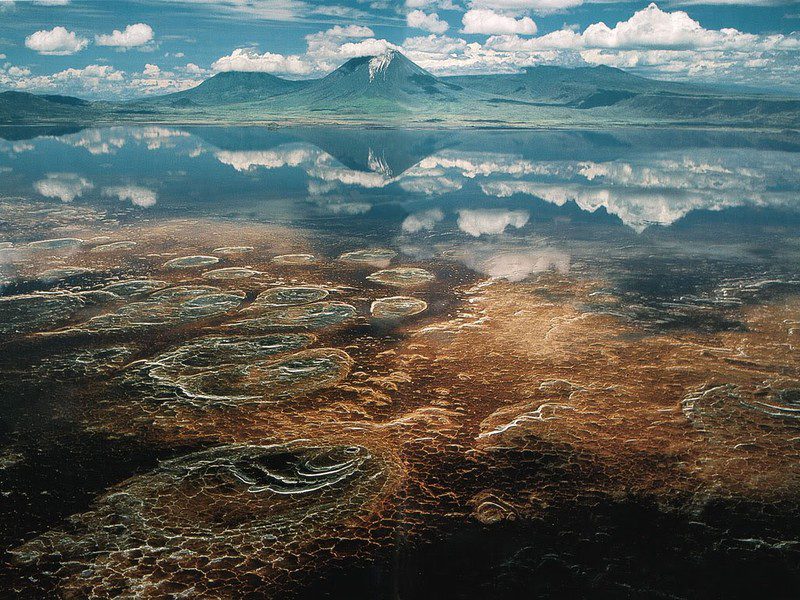 2. Lake Natron in Tanzania is quite shallow (its depth is not more than 3 meters) and changes the shoreline depending on the water level, which changes due to strong evaporation, leaving concentrations of salts and other minerals, especially sodium carbonate (or, actually, natron). 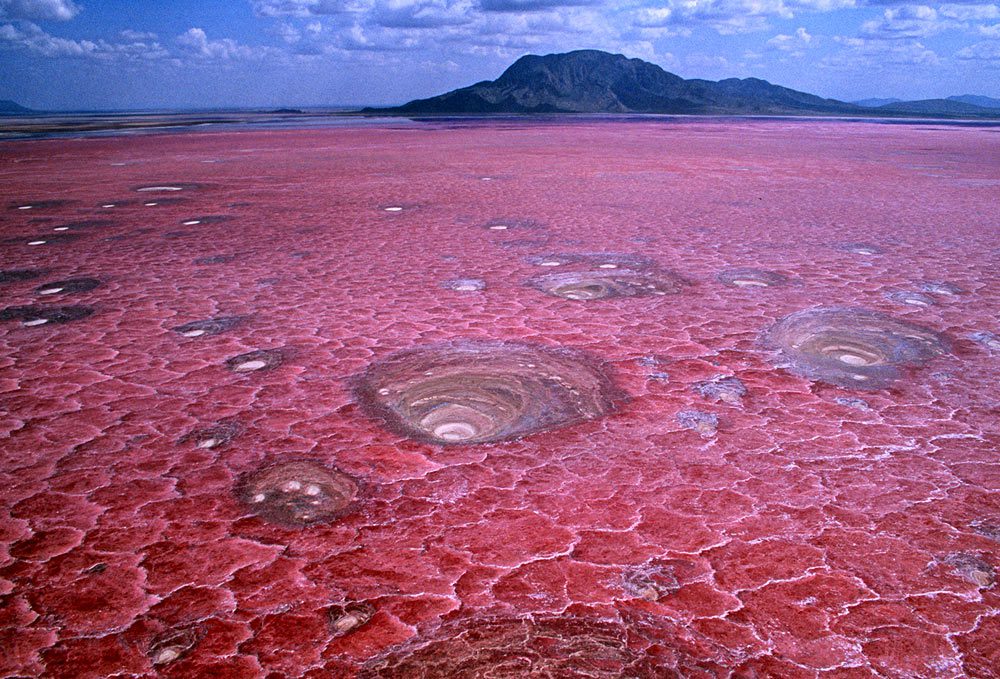 3. Lake Natron in Tanzania is fed by the Iwaso Nyiro River (“Brown Water River” in the Samburu language) and mineral-rich hot springs.

4. As the lake evaporates heavily, a crust of alkaline salt forms on its surface, which is also often colored red or pink by the microorganisms that live in the lake.

5 As water evaporates during the dry season, the salinity of the lake increases to the point where the salt-loving microorganisms that inhabit it begin to proliferate wildly. 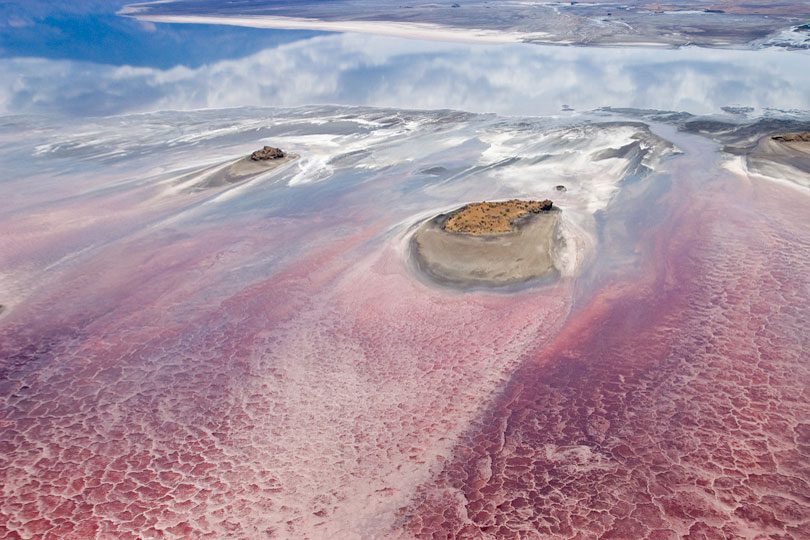 These organisms living in conditions of high salinity – halophilic cyanobacteria – have the ability to photosynthesize, just like plants. During photosynthesis, a red pigment is released, which gives bright red color to deep water and orange to shallower water.

7. The high water temperature (up to 41°C) and the high and very diverse salt content of the lake is not conducive to the development of wildlife in the lake. However, the lake is a habitat for millions of flamingos as well as a home for algae, invertebrates, and even fish at the edges where the water is less salty – alkaline telapia. 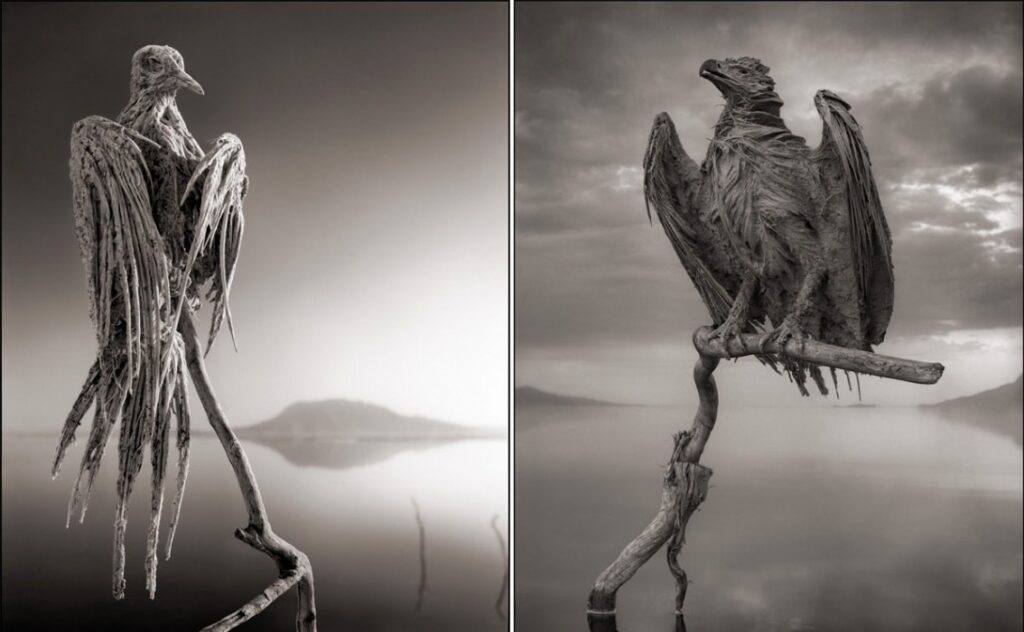 8. Natron is East Africa’s only breeding ground for the endangered lesser flamingo. The lake is a safe breeding ground because its poisonous alkaline environment is a barrier to predators trying to get close to nests located on seasonally formed evaporating islands.

9. Flamingos congregate on the region’s salt lakes, where they feed on spirulina (blue-green algae with red pigments).