Lake Pichola, a beautiful lake surrounded by magnificent scenery, lies at the foot of the Aravalli Mountains in southern Rajasthan. There are royal palaces on the islands and on the shore. The chief city of the area is Udaipur, also called the City of Lakes. Here in 1559, on the advice of the hermit Maharana, Udai Singh II built his residence.

After his stronghold at Chittorgarh was plundered by invading Moguls in 1568, he moved his capital here. Among the attractions are a palace and a museum. The summer palace of Sad Jangarh stands on a hill above the lake. The ruler’s family spent the monsoon season here. The complex also includes several smaller palaces and temples, as well as picturesque streets, fountains and gardens.

After Maharana Uday Singh II founded the city, the village of Pichola was submerged, which gave its name to the lake. The lake is now 4 km long and 3 km wide, but remains shallow and dries up during severe droughts.

The most famous attraction of Pichola are the palaces on the islands, in particular Jag Niwas, now converted into a hotel. It was built of marble in the 1740s. The beautiful snow-white building seems to float on the crystal clear waters of the lake. Jag Mandir is a red sandstone complex with cool courtyards and a small museum located on the island of the same name. It was the refuge of Shah Jahan – they say it was this palace that gave the Shah the idea of erecting the Taj Mahal.

The lake is said to be home to several crocodiles, which are believed to stay near uninhabited areas of the shore (so do not swim here or wade in the lake).

READ
Lake Issyk-Kul in Kyrgyzstan, How to get there from Moscow

The world-famous Lake Palace Hotel on Jagniwas Island covers about 15,000 square meters. It was a luxurious palace built by Maharana Jagat Singh II in 1754. The building, which was once a royal summer palace, was greatly expanded and converted to the Lake Palace Hotel in 1960 by Maharana Bhagavad Singh. Now it is owned by the Taj Company of India. It is one of the most luxurious hotels in the world, with magnificent courtyards, lotus ponds and a pool in the shade of a mango tree. Udaipur appeared on the international tourist map largely because of this hotel. You may also remember it from the classic Bond film, Octopussy, which also stars Shiv Niwas Palace and Monsoon Palace . Taj Lake Palace does not receive casual visitors: those who are not hotel guests can enjoy its magic only outside the tourist season (for example in May and June) . During this period it is sometimes possible to book a table for lunch or dinner at the hotel.

The palace on Jagmandir Island, about 800 meters south of Jagniwas, was built by Maharana Karan Singh in 1620 and later completed by his successor Maharana Jagat Singh. After that it remained virtually unchanged until the last few years, when it was partially turned into another (small) hotel. At night, illuminated, it looks more romantic than the Lake Palace. On the island is richly decorated with 17th century tower of blue stone, Gol Mahal, and next to the entrance to it lined up a huge stone elephants. In the tower is a small exhibition devoted to the history of Jagmandir, from here there is a beautiful view of the lake, and there is a garden nearby. In addition to the seven hotel rooms, the island has a restaurant, bar, and spa that are open to all.

Because there was little rain during the monsoon, Lake Pichola had become shallow and all the “beauties” came to the surface. It is not always nice to walk along the shore because of this.

We continue our journey. After enjoying the wonderful views of Lake Pichola, we took the boats to the second island to the Jag Mandir Palace with its beautiful garden. 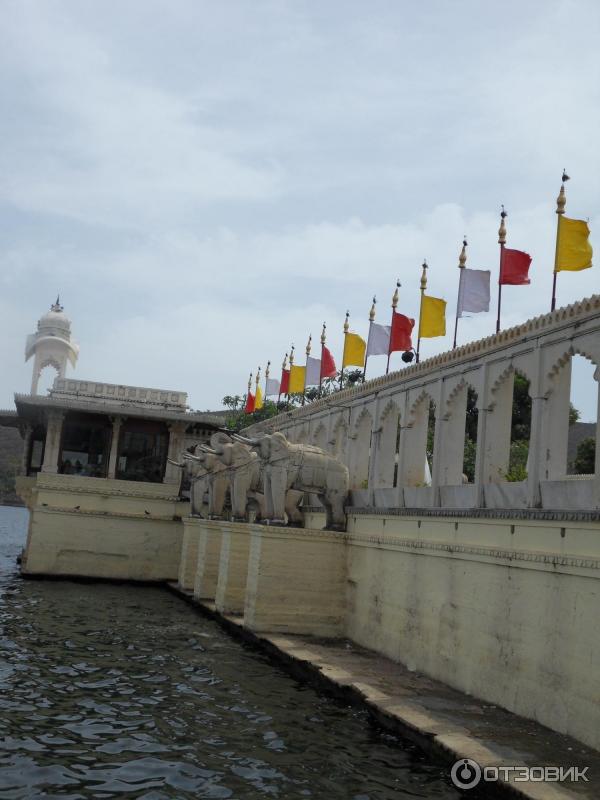 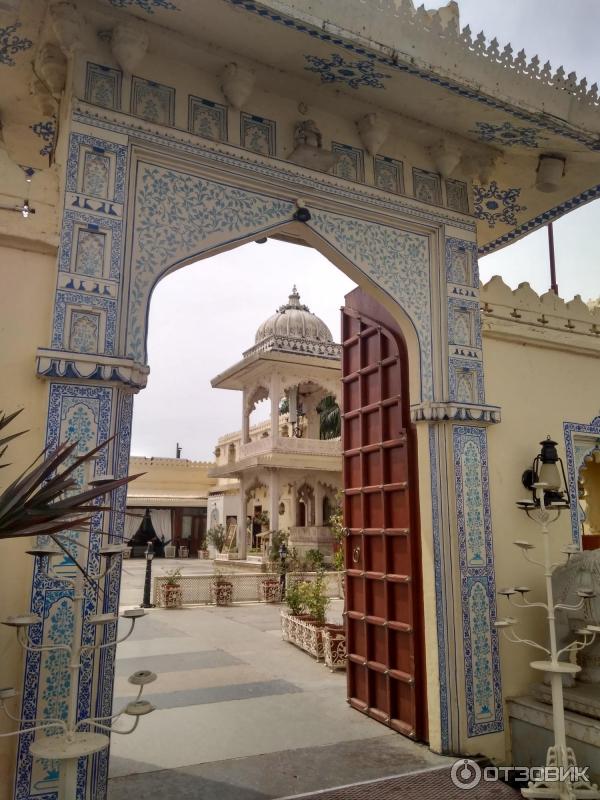 Our boat docked at the steps and the beautifully painted gates and stone elephants lined up to the left of the entrance. Climbing the steps, we found ourselves in a courtyard, with columns on two sides and a palace on the other sides. A beautiful garden, many fountains, carved arbors. You can sit on the benches and admire the lake. 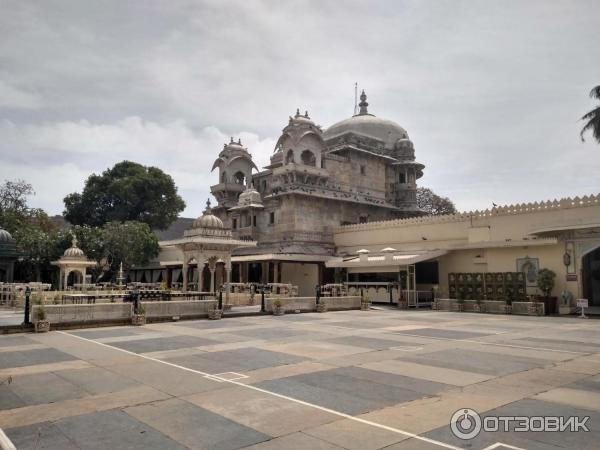 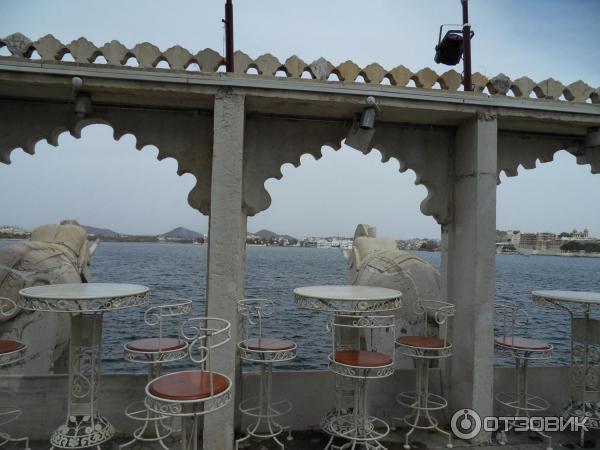 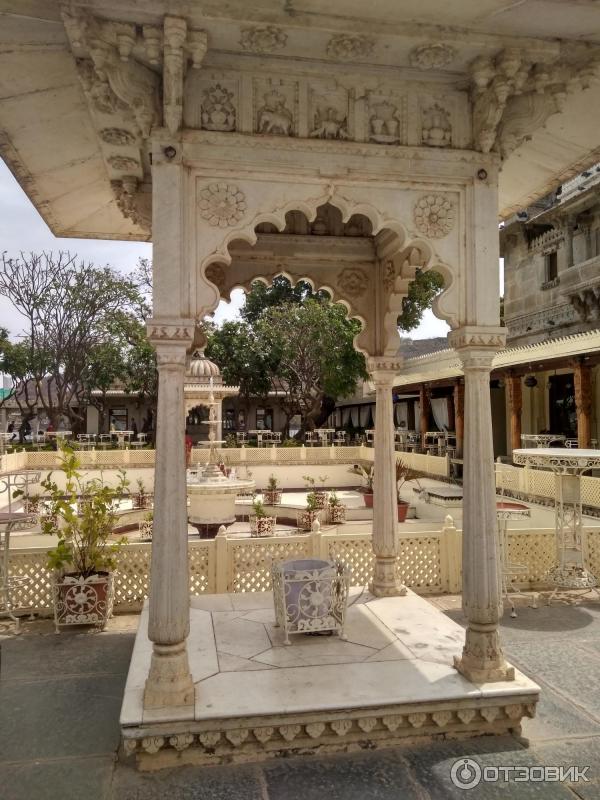 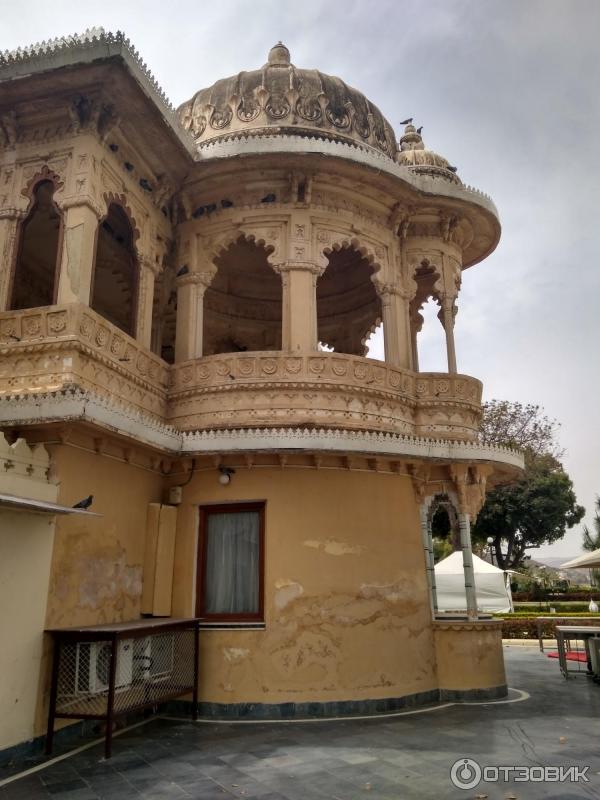 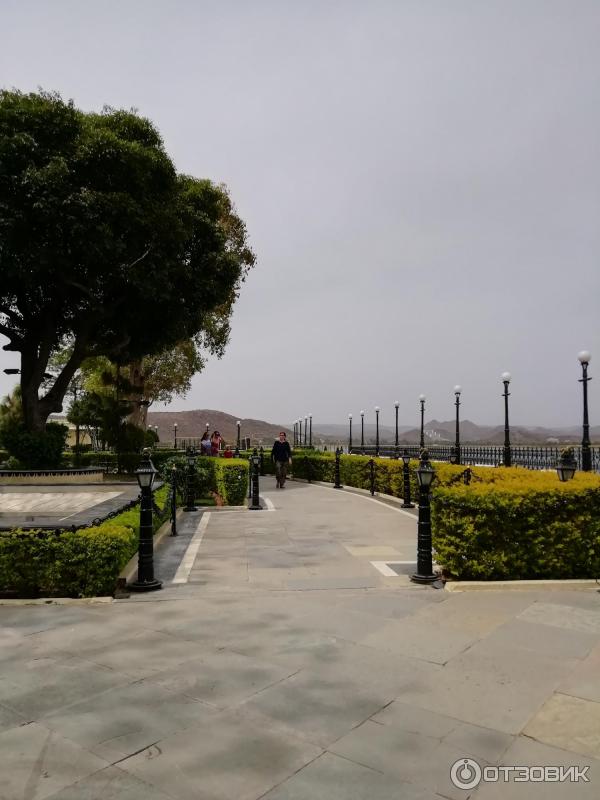 After walking around the island, which is also called the Lake Garden Palace, we got into boats and after admiring the lake, we docked at the City Palace. 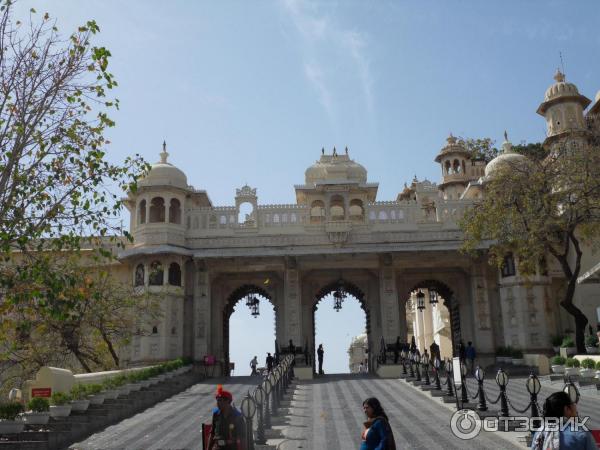 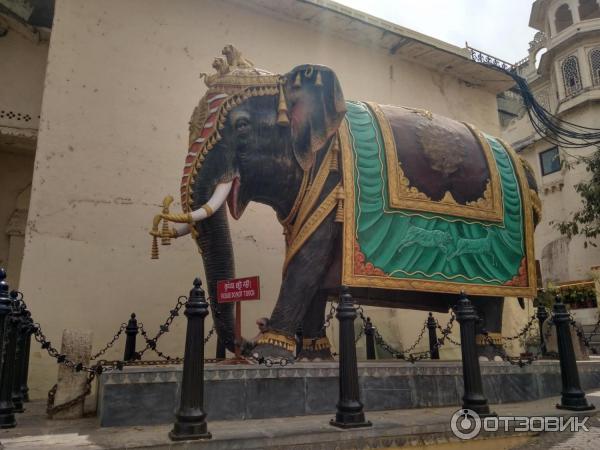 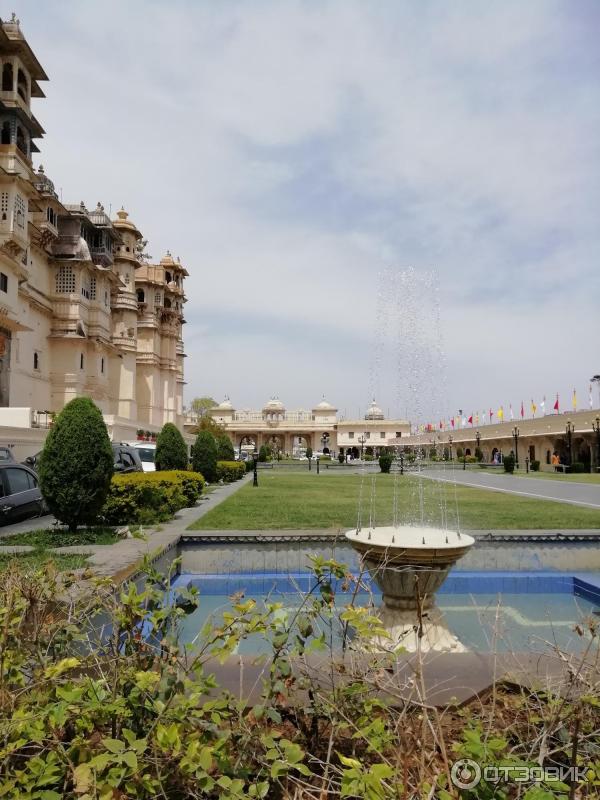 The palace complex consists of 11 buildings, 7 entrance gates, a museum and a variety of buildings. The buildings are connected by courtyards and intricate network of passages, where you can wander in a circle for hours, sometimes getting into such narrow passages that two people can not fit there. 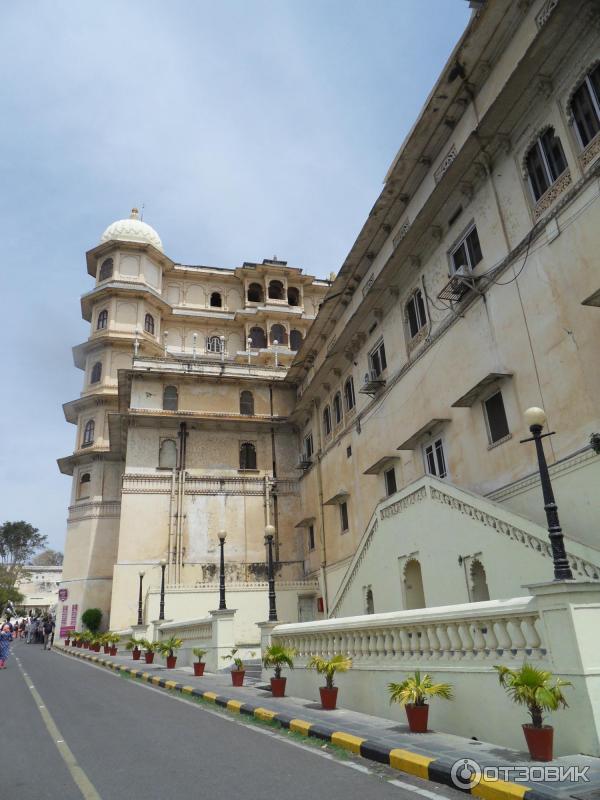 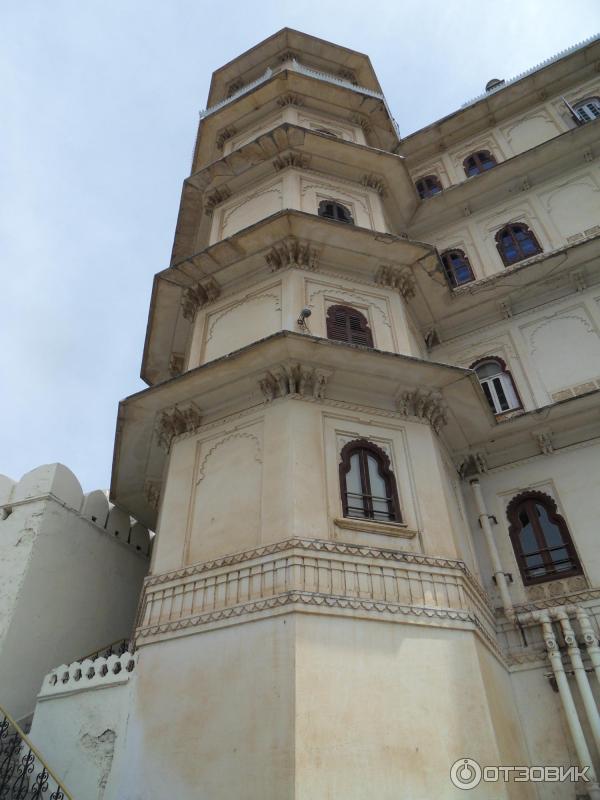 The palace was begun in 1568 by Maharaja Uday Singh. The occasion was the prediction that a structure built on this site would not be conquered by anyone. The construction lasted about three hundred years, during which eleven luxurious buildings were erected. 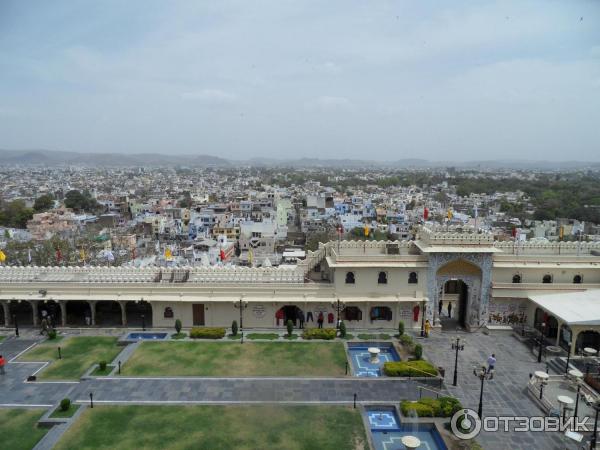 The total area of the complex is more than two hectares. The building is made of white marble in the Rajpur-Moghul style. Its impressive interior includes decorated staircases, antique furniture, inlaid mirrors and various works of art. 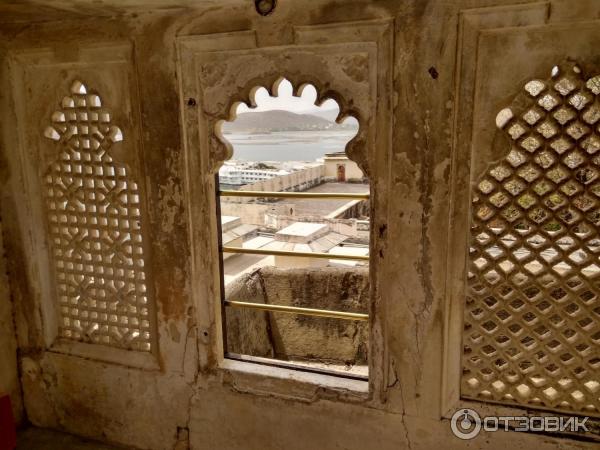 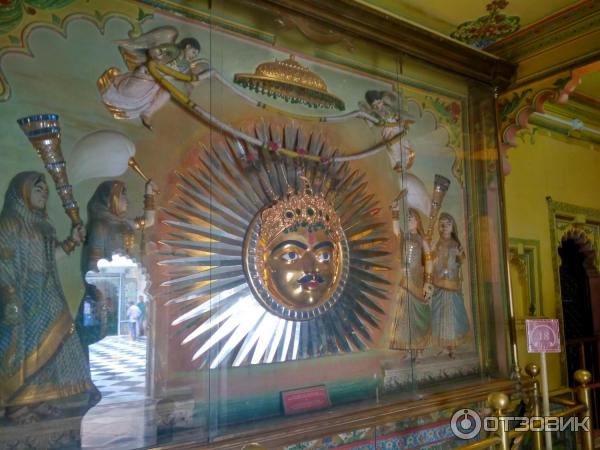 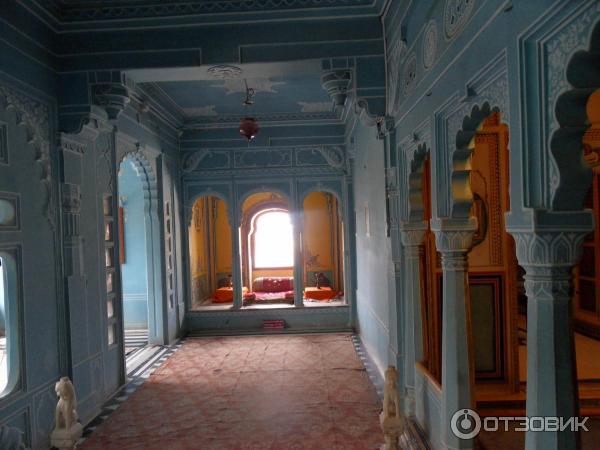 The palace is especially memorable for its varied courtyards, each of which was not repeated and were decorated in different styles and in different years. One of them is a palace-garden Badi Mahal. You can see here exotic plants and swimming pools. It was ordered to be built in 1669 by Omar Singh. Along the perimeter of the courtyard are 104 carved columns, made in the Mughal style. 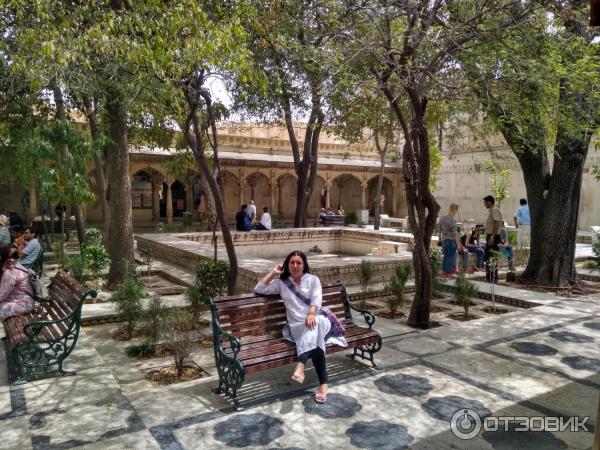 And the most famous of them is the hall with three peacocks. The design of the courtyard consists of three peacocks representing the three seasons – summer, winter and monsoon – and is made in relief of colored glass mosaic in the 18th century. These peacocks are built into the niches of the walls in a particular order of 5,000 pieces of glass that glow gold, green, and blue. 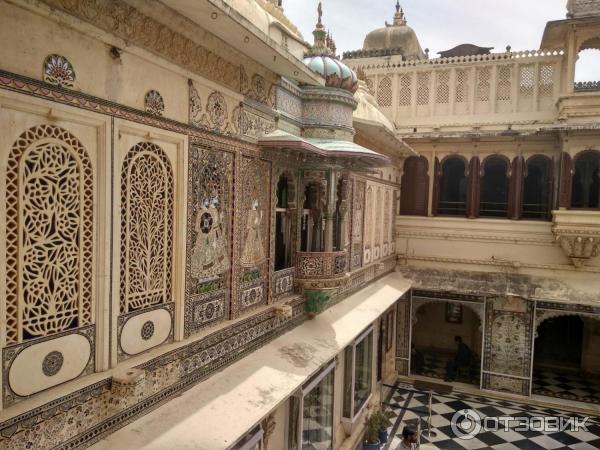 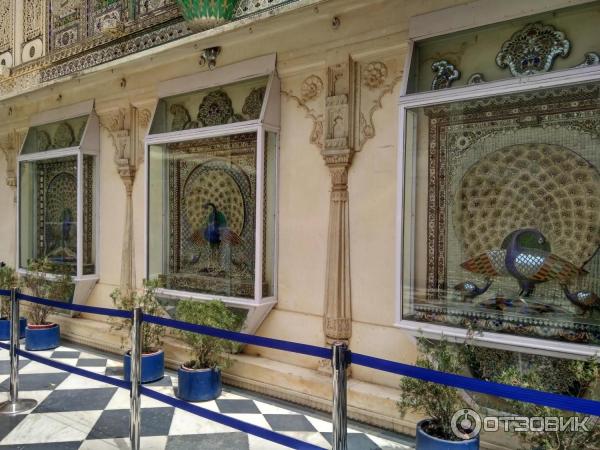 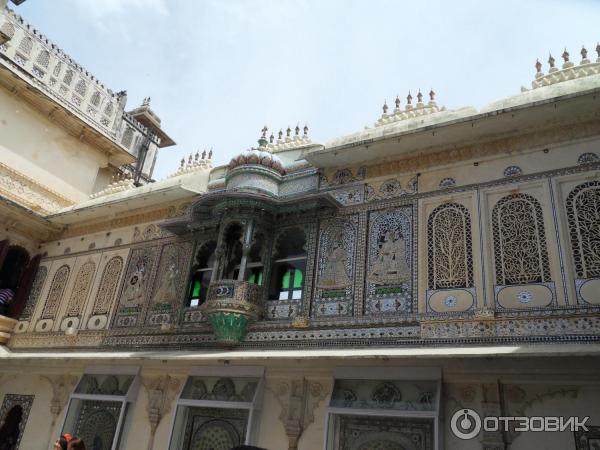 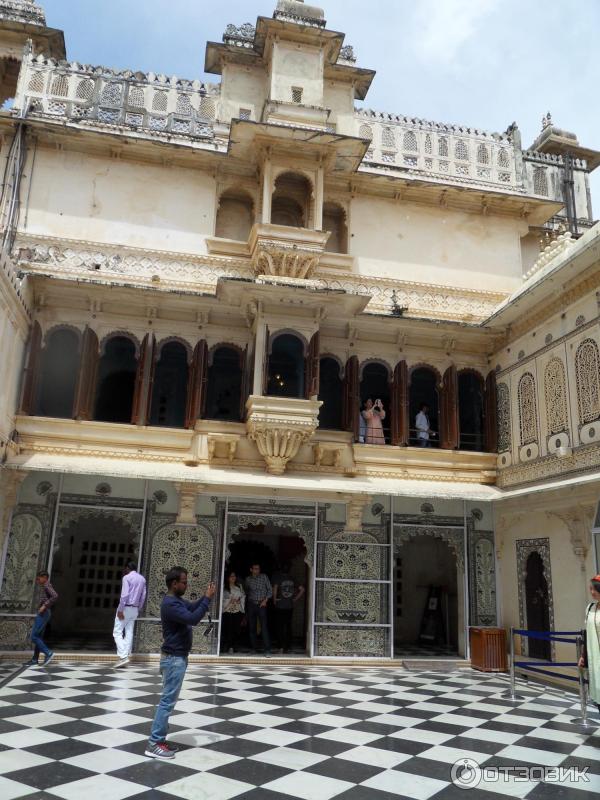 I remembered the palace with a great number of people, we have never gone anywhere in such a crowd, the variety of room designs – mirrors, blue, similar to our Gzhel, openwork stone carvings, abundant wall paintings and gorgeous views from arbors, windows and platforms. 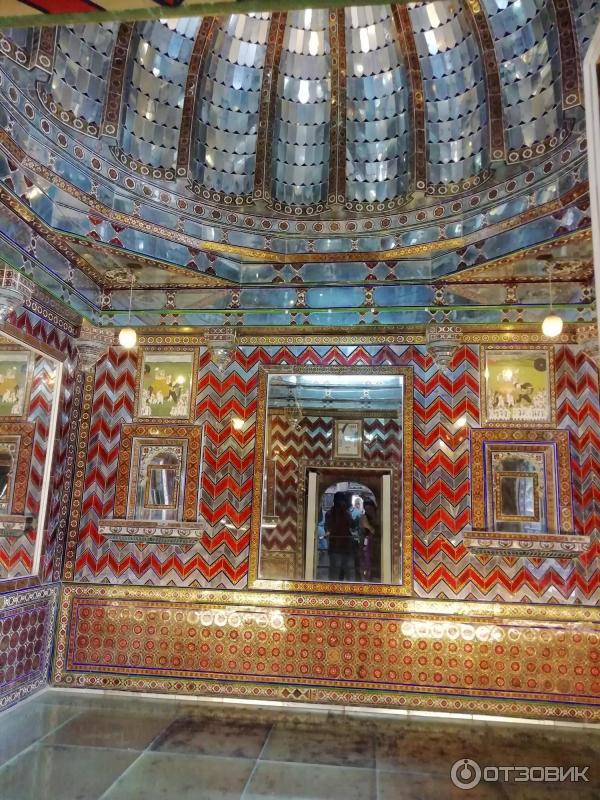 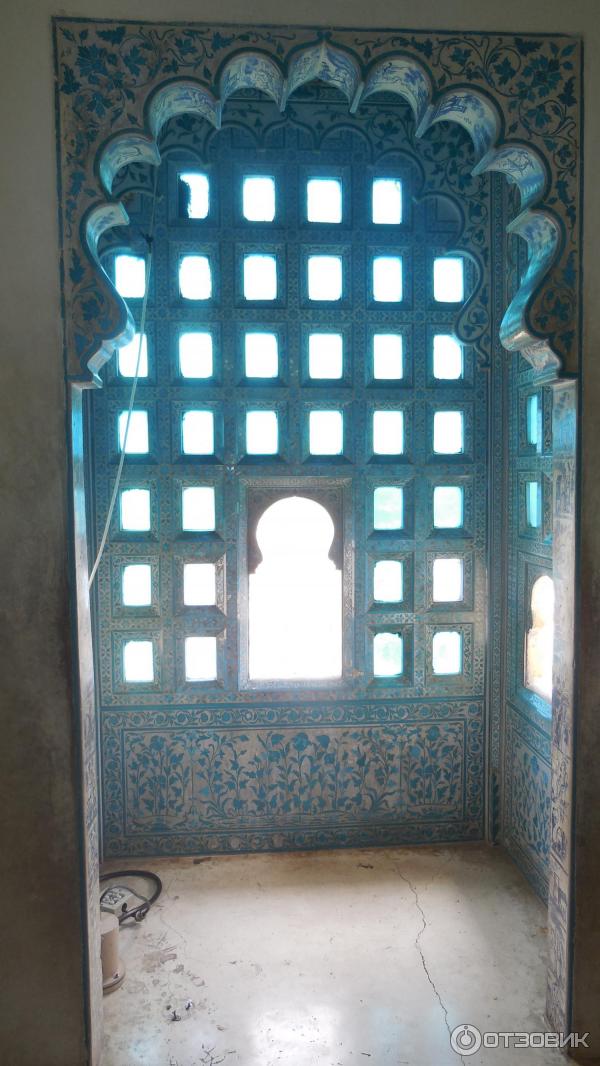 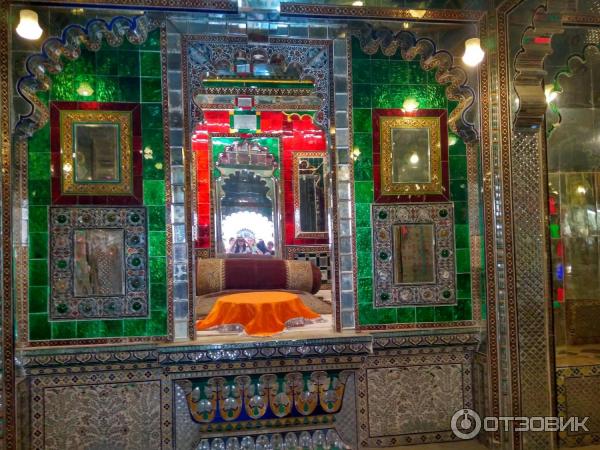 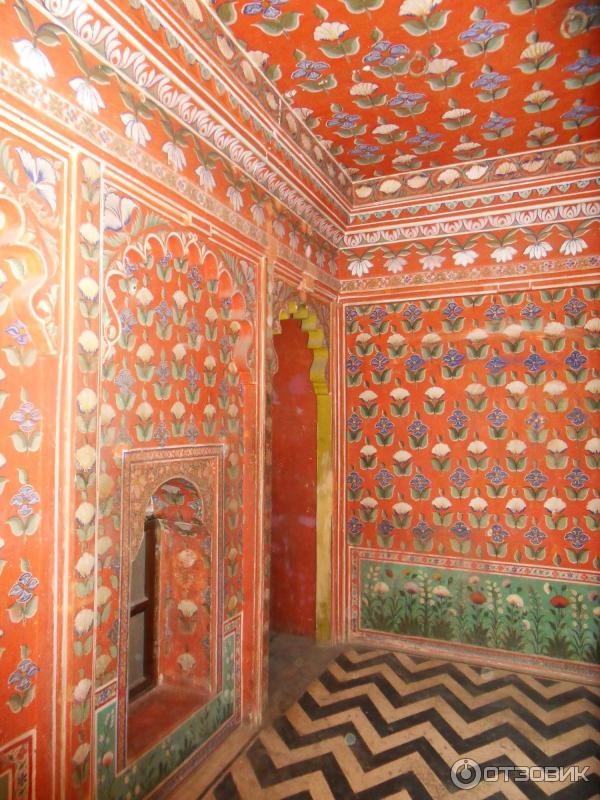 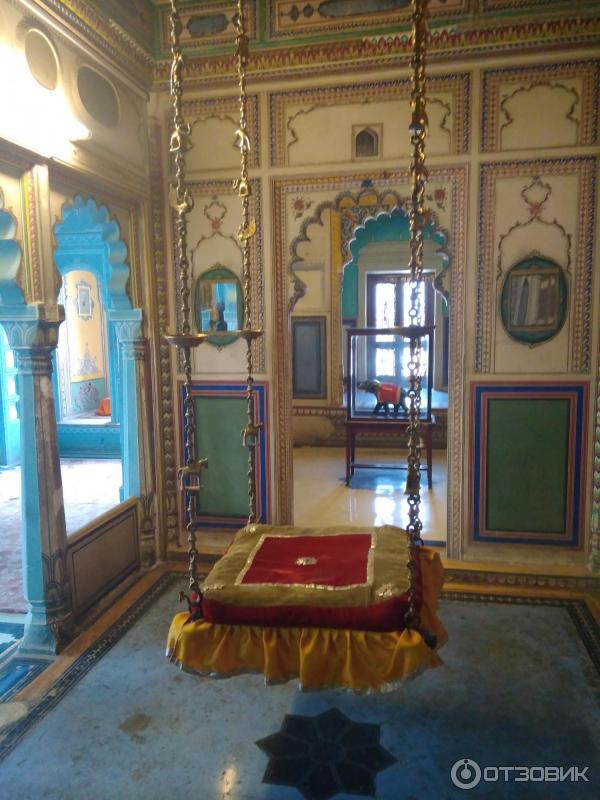 Then we had some free time and a colorful Rajasthan concert in the evening. We ate at a cafe and went for a walk through the streets of Udaipur.

And now we were all assembled and ready to see some real Rajasthan dancing. After buying tickets for the Dharohar Folk Dance show, and there was a very long line, we found ourselves in the beautiful courtyard of Bagore Ki Haveli Mansion, an impressive historical and cultural monument. It was built in the 18th century as the residence of the former prime minister. And we were whirled around in the maelstrom of folkloric Rajasthan. The time flew by very quickly, how easy it all looked from the outside, but you understand that it is a colossal work. We saw a variety of dances, a performance of the artist with puppets, dances on religious themes and all this was accompanied by an interesting story and involving us, the audience, in this whirl from the presenter.

And in the evening of March 26, we had a train departure for Udaipur-Delhi. And in the morning, after breakfast, we loaded our bags into rickshaws, which took us to our bus and we went to see Monsun Palace.