Lechugia Cave in Carlsbad Caverns Park in the United States

Lechugia Cave – located in Carlsbad Caverns National Park, is one of the longest caves in the world at 222.5 miles.

I wonder what will be the reaction of a person who has learned that space aliens live not on distant stars, but in our neighborhood, on our planet. What if the aliens are not at all what we imagine? Maybe they live in caves and do not look like “green men” with bare skulls. In the U.S. desert, there is an amazing creation of nature – Lechuguilla Cave. Of course, people have long been familiar with similar geological formations, but Lechuguilla is unique in many ways.

The cave was discovered quite a long time ago, but until recently, it did not represent much interest. Lechuguilla was practically never explored. At the end of the last century, scientists discovered new passages in the cave. It was a significant event in science, because the underground cavity, previously not interesting to anyone, unexpectedly brought a lot of surprises. The lechuguilla has turned out to be much larger than it was thought up to that time. The palm of the “deepest cave on the continent” now belongs to it. In figures it looks, according to some sources, as 500 meters down from the surface of the desert. The length of the underground tunnels and halls is also impressive – about 150 kilometers.

The cave ecosystem itself is unique. The fact is that the underground formation, practically isolated from the penetration of organic matter, sunlight and everything else that supports life on the planet. This fact means that a special habitat exists and develops in the cave, largely different from others. Previously, it was thought that life could not exist in a cave. This was due to the harsh, virtually unsuitable conditions for living organisms. Having conducted research, it turned out that microorganisms, of which there are many in Lechuguilla, feel perfectly well under the extreme conditions, despite the abnormal amount of hydrogen sulfide.

Lechuguilla Cave is, as of June 2013, the seventh longest, 138.3 miles, explored cave in the world of the deepest in the continental United States. It is best known for its unusual geology, rare formations, and perfect condition.

The cave has its own lakes with perfectly clear water. Despite the purity of the water, it is unfit for most inhabitants, but nevertheless the reservoirs of the underground realm of Lechugia are quite habitable. The nutrition of the aboriginal bacteria living in the underground lakes is very peculiar. Since there are no organic substances in the water bodies, the microorganisms feed on chemical elements such as manganese. The walls of the cave are also quite “edible. Researchers have found that some “micro-dwellers of the dungeon”, literally eat the vaults of the cave. For them, the chemical compounds are food – a necessary source of energy. Aren’t they aliens?

It is noteworthy that the “cave aliens” became interested in scientists far from studying the Earth’s cavities. Employees of the space agency NASA work in the amazing cave. It may seem strange, but there is a reason for that. If you do not go into details, the bottom line is the following – the researchers believe that the cave, can bring some clarity to the question of the probability of life on other planets.

More scientists hope for “help” of the cave, in the field of medicine. Speaking in simple terms without scientific terms, the idea is that the struggle for survival forces microorganisms to destroy “neighbors” interfering with life. There is an opinion that this can help in the treatment of serious diseases, such as oncology. The results of the experiments, to a certain extent, gave positive results, but it is too early to draw any conclusions.

In addition, Lechugia is impressive in its natural beauty, which is difficult to describe in words. There are no tourist routes to the cave, only a certain circle of explorers are allowed, which is quite reasonable. The ecosystem of the cave is phenomenal, so it requires careful attitude. 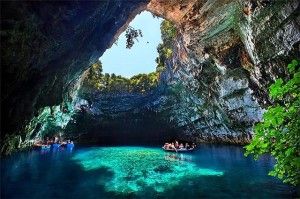 In New Mexico, in the Guadalupe Mountains of Carlsbad Caverns National Park, there is a unique cave called Lechugia. It is striking in size, but its uniqueness lies in the origin and variety of mineral formations.

The cave is named after the name of the canyon in which it is located. The canyon, in turn, got its name from a species of agave that grows throughout the area, Agave lechuguilla.

Lechuguilla is one of the longest caves in the world, 222.5 km, the 5th longest in the world and 3rd in the United States, and the deepest on the continent, 489 m.

History of the discovery of Lechugia

The cave was originally called the “Longing Hole.” Its entrance began as a 25-meter well, transitioning into small passages with a total length of 120 m. In 1914, guano was mined at the entrance to the mine. There was nothing remarkable in the cave, and tourists were not interested in it.

In the middle of the 20th century, speleologists began to pay attention to the howling of the wind, coming from under the blockages at the bottom of the well. The management of the park allowed to excavate and find out the origin of the noise. In 1986, they dug a hole and entered another, unknown part of the cave.

The discovered space, unusual and diverse crystal formations amazed speleologists. The cave acquired a second life and a new name.

Lechugia is rightly considered one of the most beautiful caves on the planet. Explorers of the new part of Lechugia made many unexpected findings and discoveries.

Maps were made of the discovered passages, their length turned out to be more than 190 km. The temperature inside the cave was about 20°C with humidity of 100%.

The big surprise was the origin of Lechugia. Most underground caves are formed by water, but Lechugia was formed under the influence of sulfuric acid, which corroded the limestone. By destroying the cave and eating away huge cavities in it, the acid left behind gypsum deposits. The corridors of Lechugia are also decorated with formations of bright yellow sulfur.

The gypsum turned the cave into a fantasy world. The fragile gypsum crystals are woven into the finest lace that covers kilometers of underground passages. The gypsum formations folded into the most incredible figures.

The most impressive and valuable sights of the cave are considered to be:

– The “ballroom with chandeliers”. It is located at a depth of 1.5 km and is decorated with huge crystals hanging from the cave canvas. The “chandeliers” are dazzling white in color and sparkle as if they were made of precious stones. They reach a height of six meters.

– “Brush” is an unusual crystal, shaped like an ordinary bottle-washing brush. The bizarre appearance and delicate workings of the water over the years are astounding.

– Giant plaques in the form of long hair and huge beards, straws composed of soda and reaching up to 5 m in length, hydromagnesite spheres.

– Pearls. In Lechugia there are deposits of real pearls, created without the participation of oysters, but in exactly the same way. Pearls are located in the recesses, filled with water. The drops that fall from the ceiling of the cave form puddles with a lot of calcium, which gradually merge into round pearls.

Another discovery for scientists was the discovery of extremophile bacteria on the walls of Lechugia, which feed on the rock and create new landforms. It turned out that they do not need light at all for normal life activity.

The researchers hope to make more discoveries in the cave and keep it in its original form as long as possible. But gypsum is a very fragile material, and such unusual creations of nature begs to be touched and studied up close. In addition, the cave can be a gas leak, collapse or explosion. For these reasons, Lechugia is closed to tourists, moreover, the exact location of its entrance is hidden so as not to attract attention.

The unique cave has no analogues in the world. Today the greatest danger to it are curious tourists and commercial interests of companies engaged in oil and gas development on the territories adjacent to the park.

Tour operator in Hungary will help as quickly as possible to make a trip and visit this wonderful country, where you can enjoy the famous Tokaj and cuisine of Hungary.