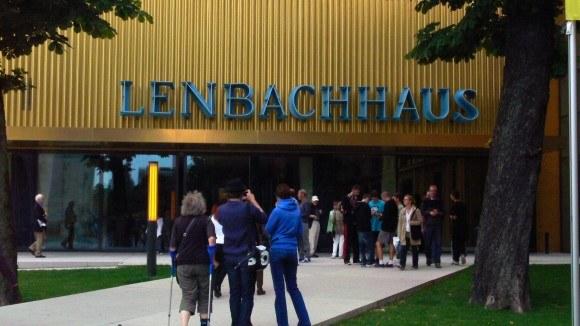 In the second half of the 19th century the famous painter Franz Seraph Lenbach lived and worked in Munich. He was not just a brilliant representative of the Munich school of painting, but clearly dominated the artists and the entire cultural life of Munich, one of the cultural capitals of Europe. Lenbach, a fine portrait painter, was recognized and highly sought after by Germany’s high society. His paintings, realistic, based on the old traditions, met the main requirements of the eminent customers – to show grandeur and monumentality. Favored by the authorities, in 1882 he received the right to be called von Lenbach, and in 1887 – 1891 the architect Gabriel von Seidl built on his behalf a huge villa with a garden. 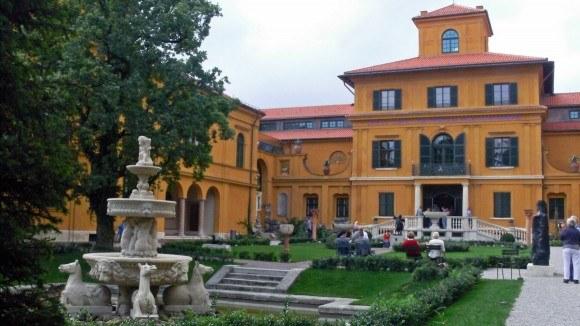 In 1927 – 1929, then in 1969 – 1972, the villa was rebuilt. In the period from 2009 to 2013, major repairs and reconstruction of the villa, which was carried out on the project of British architectural firm Forster & Partners. The old villa was built into a large building, which bears a clear functional load – the placement of exhibitions of paintings, sculptures and other works of art.

All of the above names are also well represented in the exhibition of the New Pinakothek. Thus these two nearby galleries perfectly complement each other. 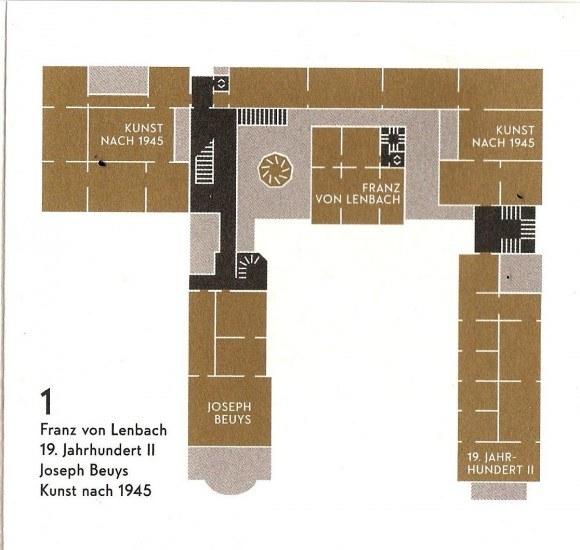 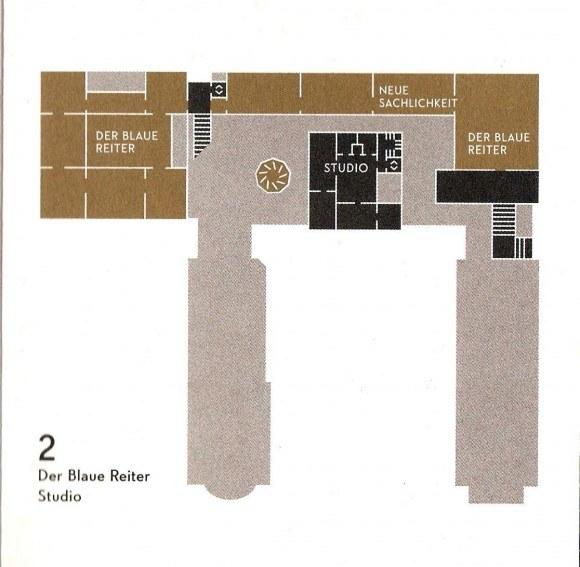 But the best-known of all is the Lenbachhaus, whose halls contain the largest collection of paintings by the members of the “Der Blaue Reiter” (The Blue Rider): Vasil Kandinsky, Franz Marc, Alexey Yavlensky, Gabriela Münther, August Maquet, Marianne Verevkina, Paul Klee, Moses Kogan, Alfred Kubin. 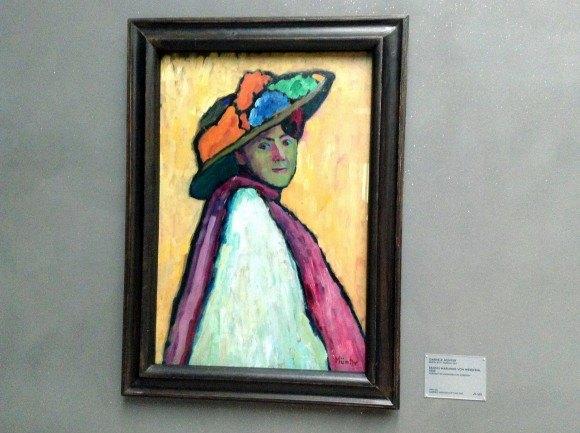 Expressionist artists, along with dancers and composers, created this association in 1911 in Munich with the aim of liberating themselves from the fossilized tradition in painting and achieving equality of all forms of art. Its theorist was W. Kandinsky, who is rightly called the “father of abstractionism” by many art historians. 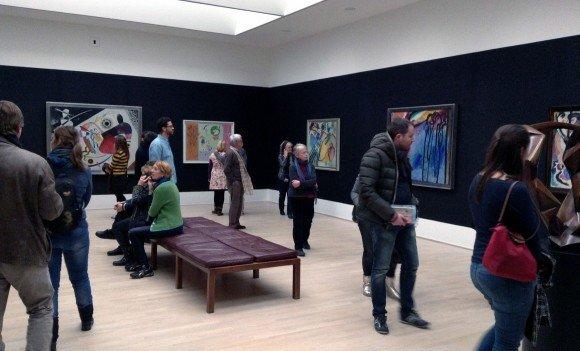 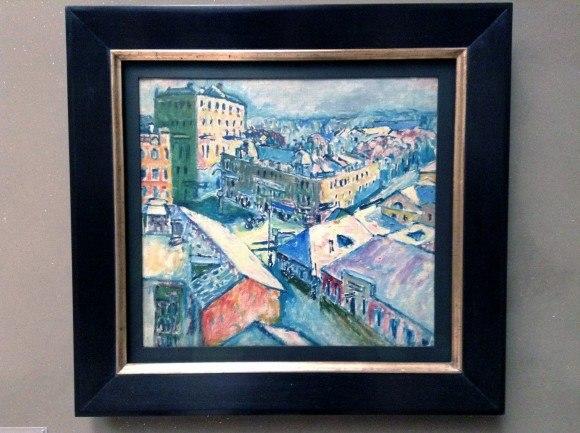 On the second floor of the gallery one can also see works of Christian Schade and Rudolf Schlichter of the New Objectivity movement. Works by W. Kandinsky during the period when he collaborated with the “New Material” are also on display here. 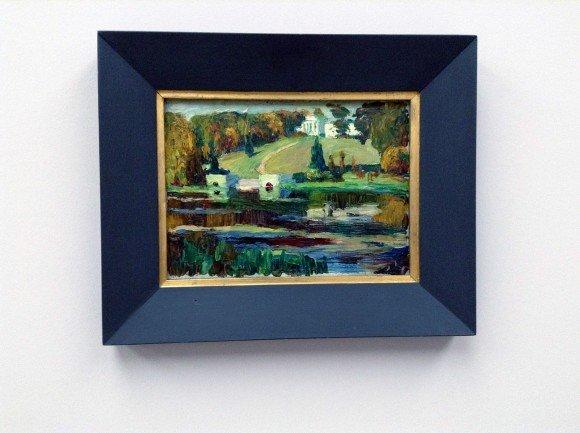 The most contemporary art is presented in the halls under the title “art after 1945”.

A separate hall on the first floor is dedicated to the memory of Joseph Beuys, the German artist, one of the main theorists of postmodernism, the founder of “fluxus”, a specific kind of performance art. 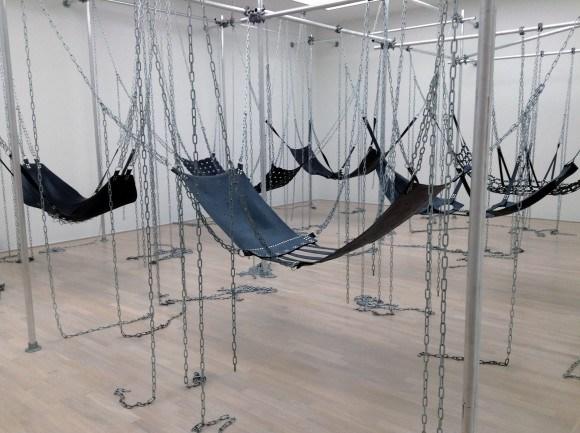 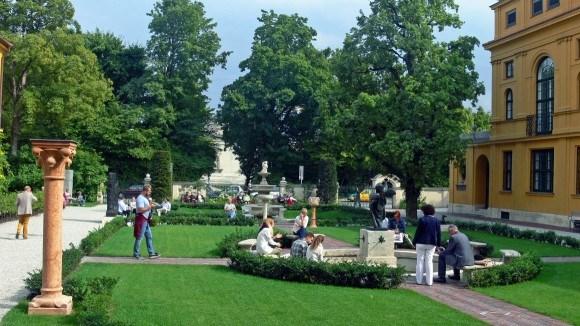 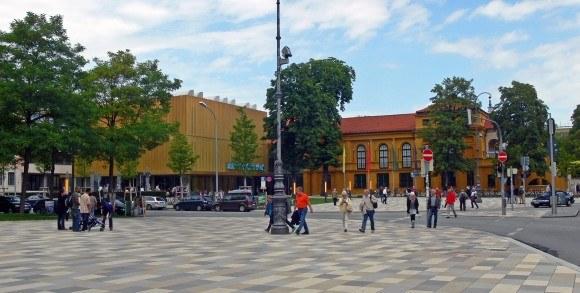 To get to the Lenbachhaus, take the U-bahn to the station “Königsplatz” of the U2 line, go upstairs to the intersection of Briennerstraße and Luisenstraße to the Propylheum, then cross the street.

Blue rider on a blue horse

The most Russian gallery in Müchnen is the Lenbachhaus. It is famous for its huge collection of paintings by Kandinsky, canvases by Yavlensky and Verevkina. The luxurious, bright yellow Lenbach villa is located near the Königsplatz subway exit.

The Russian artist Wassily Kandinsky lived in Munich for more than 20 years. A pioneer by nature, he was looking for a new form of artistic expression, a new understanding of color. The result of this search was the creation of the “Blue Rider” art group, which included the expressionist painters Alexei Yavlensky, Marianne Verevkina, Franz Marc, August Mack, Gabriele Münter and Paul Klee.

It is believed that Kandinsky and Franz Marc came up with the name of the group together. Both preferred the color blue, only Kandinsky liked to paint riders and Marc liked to paint horses.

Franz Marc’s blue horse became the manifesto of a new direction of painting, declaring freedom from the petrified traditions of the classics and the equality of all the arts.

Our child is fascinated by the painting.

In fact, this trend emerged at the junction of French Fauvism (Henri Matisse), Cubism and Expressionism, one of the founders of which was the Norwegian painter Edvard Munch. This alliance was fragile and controversial, and it is no accident that the Blue Rider group did not exist for very long. The artists were very different and complicated.)

Now, as in a good album of paintings, I have the best (but not always known) of those artists, which we all know well, and those with whom, perhaps, you are getting acquainted right now. First the paintings, then the captions (if the author is known)

Albert Burkart, Children on a Balcony, 1910.

Also some kind of modernist))

Gabrielle Müntner is an artist much loved by Bavarians. She was Kandinsky’s common-law wife for many years until he left her and went to Russia in 1917 (from where, of course, he also left later)

There are so many Kandinsky’s in the museum, and the titles of his paintings add so little to the content, that I won’t sign some. Most are called “Improvisation” and are distinguished by ordinal numbers. Just consider.

The painting is called “Orientalisches,” but it’s Russia, it’s obvious) 1909u/.

A room with paintings by Kandinsky.

And this is our little girl watching Kandinsky.

Grand artist, one of the founders of the European avant-garde.

I look at this work by Klee and… am I the only one who thinks he has pixelized nature?

No matter how primitive or intricate the art of the early modernists, avant-gardists, and all sorts of other “ists,” what is talented is not even the content, but the color and the state of mind. You feel how this painting fills you with juicy energy and emotion. Which is why if you’re on your way to Munich, don’t pass by the Lenbach Gallery.