Lebenstein Castle or properly Fort Lebenstein is a famous castle in the Netherlands, a fame associated with the scholar Hugo Grotius, who escaped from the castle in 1621.

Near the town of Woodrihem, at the confluence of the Maas and Waal rivers, stands Liebenstein Castle, which was built in 1358. The name of the founder is not known. Legend attributes the construction to Dirk Löf van Horn.

Another version says that it was built as a fortress by local pirates. Reliably it is known only that in the XIV century Liebenstein was a small fortress tower, and only later a complex of fortifications grew around it.

History of the castle

In the Middle Ages, the castle performed military functions as well as a weapons depot and a prison. During the Dutch Revolution, the castle was seized by the Spaniards, but in 1572 it passed into the hands of the Republic and began to function exclusively as a prison. And 50 years later (in 1609), one of the most interesting stories in Dutch history happened here.

Hugo Grotius, at one time mayor of Rotterdam, is now known as one of the most distinguished jurists of the Netherlands. Modern international and maritime law is based largely on his ideas. However, as often happens during religious and political confrontations, at some point he found himself on the wrong side.

In 1609, the Dutch rebels concluded an armistice with Spain and the question arose of how to proceed. Prince Moritz of Orange, de facto ruler of the country during those years, saw the only way out as continuing the war with the Spaniards, while Hugo Grotius insisted on a permanent peace. In the end, Moritz prevailed and ordered Grotius to be imprisoned in Liebenstein for life.

In the end the castle became not a simple prison, but a political one, where religious and public figures undesirable to the Orange were imprisoned. And, strange as it may seem today, they were imprisoned with their families. So, together with Hugo Grotius, his wife and daughter were in prison, as they had no other accommodation after the confiscation.

In those years the castle was not in the best condition – for almost three centuries it turned into a dark, damp place, blown about by winds from all sides. Needless to say, the guards in the prison were constantly changing because their predecessors often died. It seemed that Hugo’s days were numbered, but his wife Maria found a way out.

Prisoners in the prison were allowed to write and do research. To this end, the necessary books and supplies were regularly brought to the castle in large chests. My wife noticed that the trunks were not checked after they had been emptied and sent back. It was then that a brilliant idea occurred to her.

On March 22, 1621, Hugo Grotius, who had spent hours lying motionless, hid in one of the chests. At half past nine in the morning, the guards carried the chests out of the castle and loaded them into boats to take them to the nearby town of Gorinchem. A little later, his wife and daughter left the castle, accompanied by their maid (prisoners’ families were free to leave the prison at any time).

Grotius successfully made his way to Gorinham, from where he fled to Paris, where he lived for the rest of his days. The story is still immensely popular in the Netherlands today.

During World War I, the castle, which was in a terrible state, was used as a camp for mobilized soldiers.

In 1951 Liebenstein was restored and opened as a museum.

What is interesting about the castle now?

The castle is not only interesting because of its history of escape: some of its rooms are decorated in authentic medieval style. Slides and short films, shown in the castle, tell about life in the castle in the XIV-XV centuries.

At the end of 2012, it seemed that the museum would have to close due to financial difficulties, which could not be resolved despite the thousands of visitors who visit Liebenstein every year. Nevertheless, the castle is open to all comers and its popularity gives reason to hope that all financial problems will be a thing of the past.

The castle now houses a hotel and a restaurant in addition to the museum.

On the map and practical information

You can visit Liebenstein Castle as part of the many popular river tours on the Rhine, Maas and Waal. 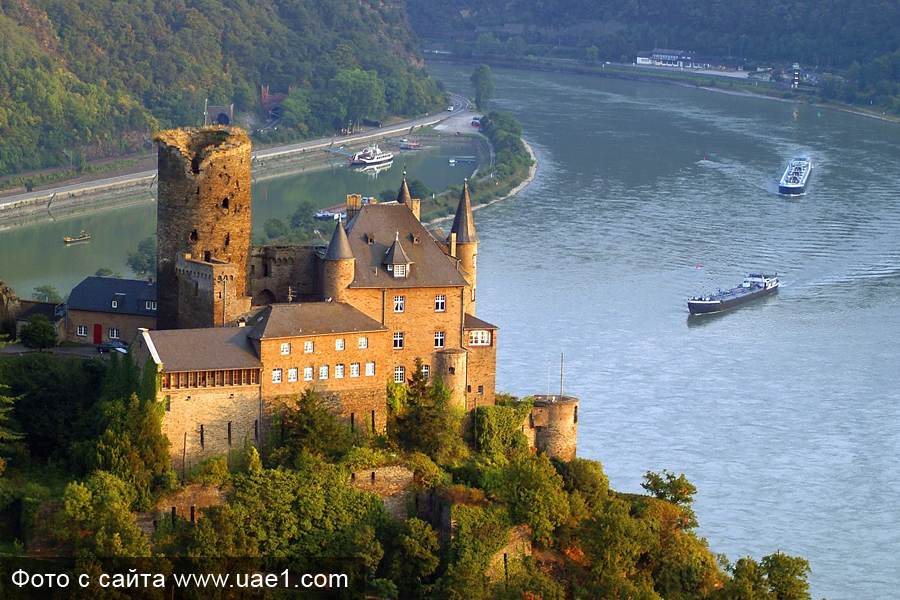 The castle is slightly higher than its neighbor, the Castle of Sterrenberg. The distance between their main towers is only 200 meters and they have been separated for centuries by a wall of hostility.

For a long time Liebenstein Castle was the property of several different owners at the same time and they were all united by very distant kinship. Each of them wanted to have their own room inside the inner castle square. Thus four more residential towers were created, which do not look belligerent at all. On the contrary, they are bright and ornate. 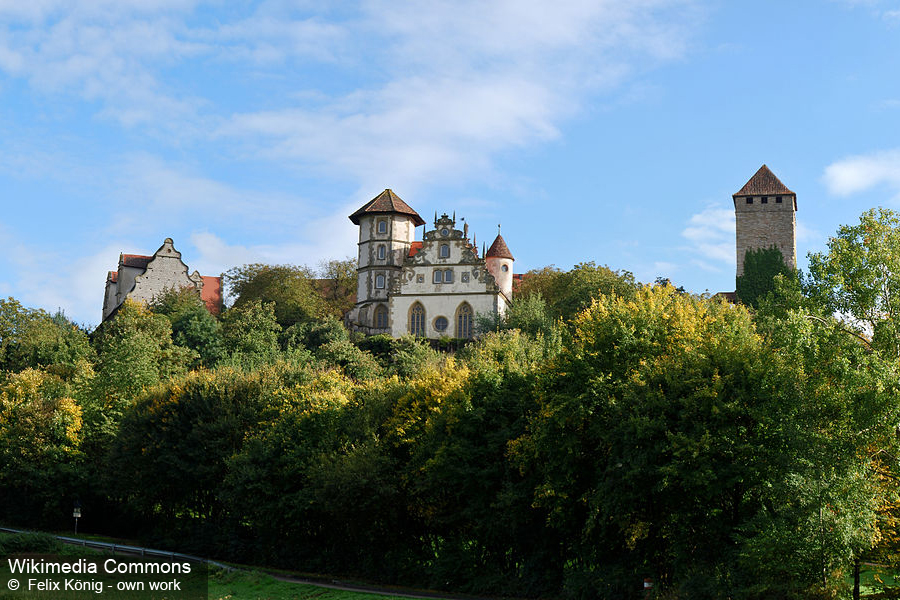 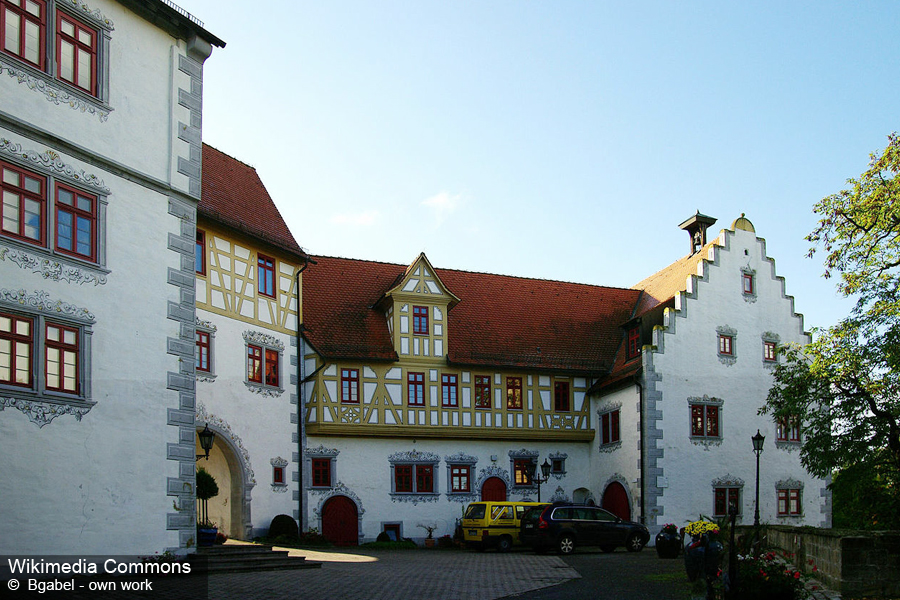 The history of the castle begins in the 13th century, when Albert von Leeuwenstein – son of Emperor Rudolf of Habsburg, due to a dispute with relatives of the owners of the castle Sterenberg, decided to build his own castle, which was named Liebenstein, named after its founder.

Over the next century the castle changed owners, it was seized by Boppard townsfolk who arranged a lynching, but the castle was unscathed. Nevertheless, the owners surrounded the castle with a high stone wall.

In 1369, one of Liebenstein’s co-owners, Giselbert Brömser, defended the castle against an attack by the Counts of Katzenellenboren. The castle thus passed into the possession of the Archbishop of Trier. At the end of the 14th century, the Wall of Enmity was erected, as a result of a quarrel between the tenants of the castle, which is now covered by various legends.

In 1637, the death of the last Liebenstein heir, the House of Nassau-Saarbrücken, and Emperor Ferdinand II, lead to a dispute over the ownership of Liebenstein Castle. It ended in 1648 and the castle was given to Mr. von Waldenburg. 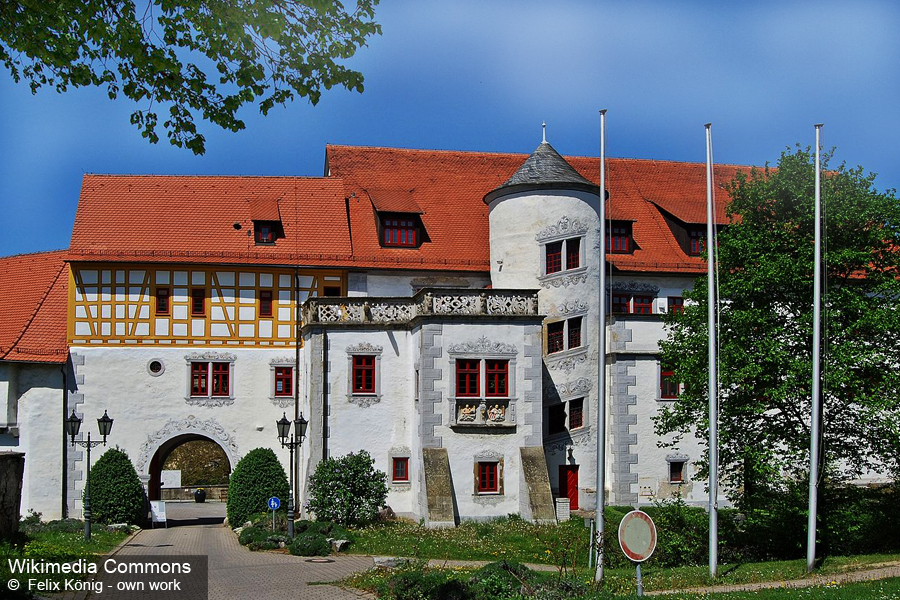 Living quarters of the castle Liebenstein looks so peaceful and comfortable, but there was a lot of passions, enmity and tragic love, which gave rise to a lot of legends. Here is one of them.

The fact is that both brothers, the first owners of Castle Stirngberg, fell in love with the same girl. Finally, the girl chose the younger brother and the wedding decided to play in the new fortress, which the old count decided to build especially for the newlyweds as a wedding gift.

And so it was that Liebenstein began to grow rapidly beside Sterrenberg. Sternenberg was to be inherited by his older brother Heinrich. Everyone was looking forward to a speedy wedding, but fate decided otherwise.

On the banks of the Rhine, the monk Bernard of Clairvaux appeared with fiery speeches calling on Christians in a new crusade to the Holy Land. And Conrad went on the march. Three years passed.

The faithful bride was waiting for her knight. One day she saw a ship sailing down the Rhine from her room window, and on it a knight in shining armor. It was Conrad, in glory, returning from Palestine. But he had not returned alone. Far from home he forgot about his bride, and married a beautiful Greek woman.

The older brother could not forgive the betrayal and challenged the younger brother to a duel. Just as they were about to cross their blades, a familiar voice called out to them: “In the name of God, stop! To you, Knight Conrad, I forgive your treason. And for you, Knight Heinrich, I will pray in the monastery!” Such was the decision of the girl they both loved.

READ
Konošpīte Castle, where it is and its history

The brothers lowered their swords, but their hearts remained hostile to each other. And soon a wall grew between Sterrenberg and Liebenstein.

At present there is a small hotel in the castle where you can enjoy the medieval atmosphere and be transported to times of kings and knights. The rooms are all situated in the rooms of Liebenstein Castle and are decorated in a medieval style, the rooms have four-poster beds and fireplaces and offer a magnificent view over the River Rhine.