Linderhof Castle, a true masterpiece of Bavarian architecture created by the Romantic King Ludwig II, attracts tourists from all over the world.

The amazing Linderhof Castle in Bavaria is situated in the German Graswangthal Valley and is 10 km away from the alpine village of Oberammergau, the largest tourist center in the area. If you are planning a sightseeing trip to see Bavarian architecture, this is more than a good choice. Neuschwanstein and Linderhof castles as well as Hohenschwangau residence are only 20 km away from each other.

The castle is built in the protected area of the Ammergebirge in a picturesque park and gets its name from the royal hunting pavilion, once bought by the Bavarian monarch Maximilian II from the nearby Abbey of Ettal.

History of the Linderhof

For a long time, Bavaria’s rulers preferred to reside primarily in Munich, and the future Linderhof castle was merely a forgotten hunting lodge. But King Ludwig II – a visionary who identified with the noble knights of German legend – decided to rebuild it completely in 1869. Rumor has it that the monarch was involved in the design of the new estate along with the famous architect Dahlmann.

Interesting fact: it is believed that once there was a house of a peasant Leander, from which the palace later got its name. Tourists are even shown more than three centuries old linden, allegedly preserved from that time.

When building the palace, Versailles – the famous residence of the rulers of France – was taken as an example. Construction lasted until 1886 and included the following architectural modifications to the structure:

If you look closely at the Linderhof Castle, the photos show that it is a stone structure. However, originally the structure was wooden. Gradually the west, east and south wings were added to it and a new staircase was completed.

Linderhof is considered the only dream residence of a Bavarian dream king completed during his lifetime. In terms of modern money the construction of the castle cost more than 4 million EUR.

The Baroque and Rococo interior of the castle is lavish with an abundance of mirrored surfaces, paintings by famous artists, tapestries and embroidered decorative panels. In the main building of the white Linderhof Castle, ten magnificently decorated halls await you, with many objects of art available for touristic viewing. The largest are considered to be:

All these rooms are passageways and share the four offices of the Bavarian king, fashioned in blue, pink, yellow and purple and bearing their respective names.

The visitors’ attention is well deserved:

Interestingly enough, the table at the Linderhof was always set for four people. The King seriously thought he was dining with imaginary friends: the French monarch Louis XIV, Queen Marie Antoinette and Madame de Pompadour.

To understand how to get to Linderhof Castle in Germany, you don’t have to make a huge effort. All you have to do is buy a train ticket to Oberammergau. Directly from the station to the castle there is a regular bus number 9622.

If you want to get to Linderhof Castle by car, find highway A95 on the map. Follow it to the junction with the B2. At the Oberau take the B23 (Ettaler Straße). After Ettal, turn left onto the road St2060 and at the castle turn right to get to the main palace.

Total cost for the tour of the palace and the park area is 8,5 EUR, for seniors and students – 7,5 EUR. A stroll through just the park buildings costs 5 and 4 EUR, while a tour of just the main building costs 7.5 and 6.5 EUR respectively. A combined ticket (not only to the castle, but also the residences of Neuschwanstein and Herrenchiemsee) costs 20 EUR and is valid for six months.

It is forbidden to walk around the palace on your own: you can visit it only as part of a guided tour. Photographs inside the palace are not allowed.

Linderhof Castle is located at: Linderhof 12, 82488 Ettal. All additional information can be found at http://www.schlosslinderhof.de/.

After a tour of the castle’s interior apartments, most guides will show you the famous park pavilions. Among them:

Linderhof – the beloved castle of the “fairytale king” of Bavaria

Linderhof Castle is one of the three famous German castles nestled in the picturesque mountains of Bavaria. It is the smallest and “domestic” residence of King Louis II, the main highlights being the Grotto of Venus and the English garden. 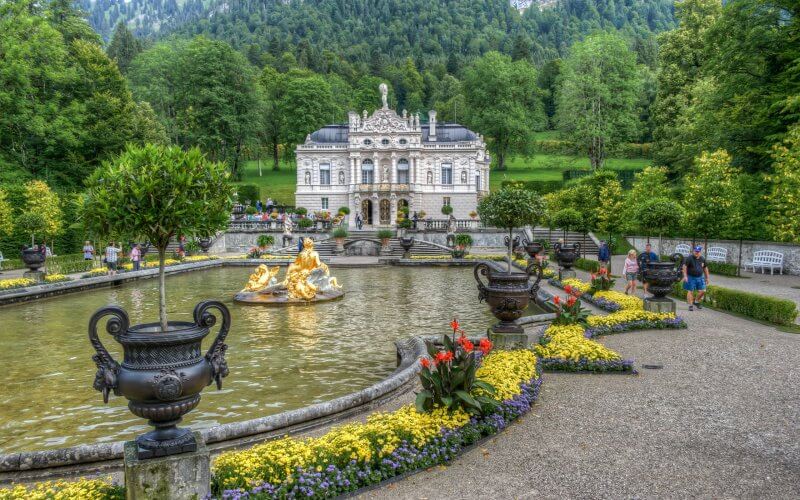 Linderhof Castle is located in Upper Bavaria, Germany, and is one of the many residences of King Louis II. The attraction is located 30 km from Garmisch-Partenkirchen and 8 km from the small village of Oberammergau.

The location of the castle is very convenient for tourists: 20 km away are the famous Neuschwanstein and Hohenschwanagau.

Linderhof Castle in Germany is famous not only for its luxurious interiors, but also for the large garden, which is located in the mountains. Ludwig himself often called it the “Residence of the Swan Prince” and members of the royal family called it the “Temple of the Sun”. The symbol of Linderhof castle in Bavaria is the peacock, whose statues can be found in many of the rooms.

Maximilian of Bavaria (father of Louis II), who loved to travel, once visited Upper Bavaria and saw a small hunting lodge in the mountains. As the king was very fond of hunting, he bought this small building and the surrounding area. 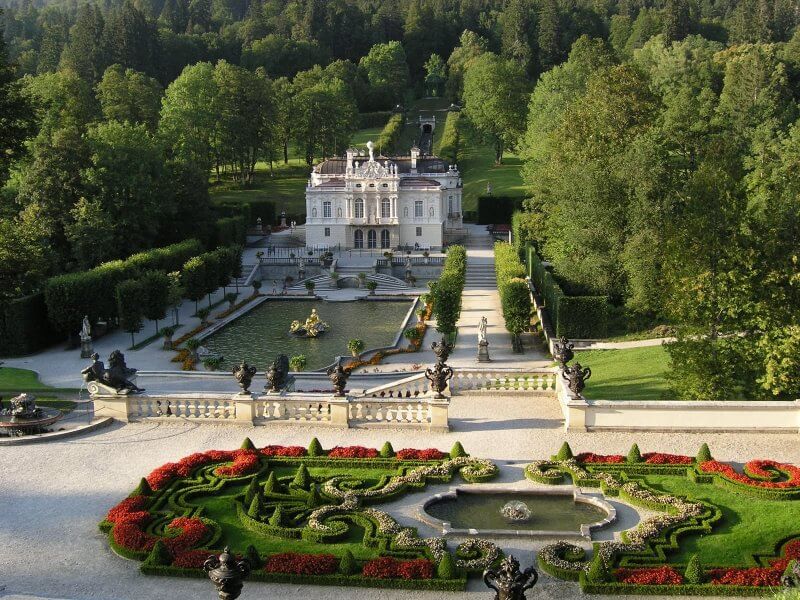 Almost 15 years later, Maximilian’s son Louis II decided to build a castle for himself in Germany, replicating Versailles (the king himself drew sketches of the future interiors). The place for the future residence was very picturesque: the mountains, pine forests and several small mountain lakes nearby.

However, at the initial stage of construction it became clear that there wasn’t enough space for such a grandiose idea. As a result, the construction of the Versailles continued in Herrenkemse (Germany). And in Upper Bavaria it was decided to build a small secluded palace, where the king could come with his family.

The king’s residence in Bavaria was built over 15 years. Local wood was used for the interiors and furniture, and the walls and ceilings of the castle were also built entirely of wood and plastered.

Linderhof Castle in Germany is built in the rare Bavarian neo-Rococo style, and seems quite small compared to the famous Neuschwanstein and Hohenschwanagau. The attraction consists of only two floors and five rooms, which were built exclusively for Louis II. There are no guest chambers or an office where the king could receive guests. 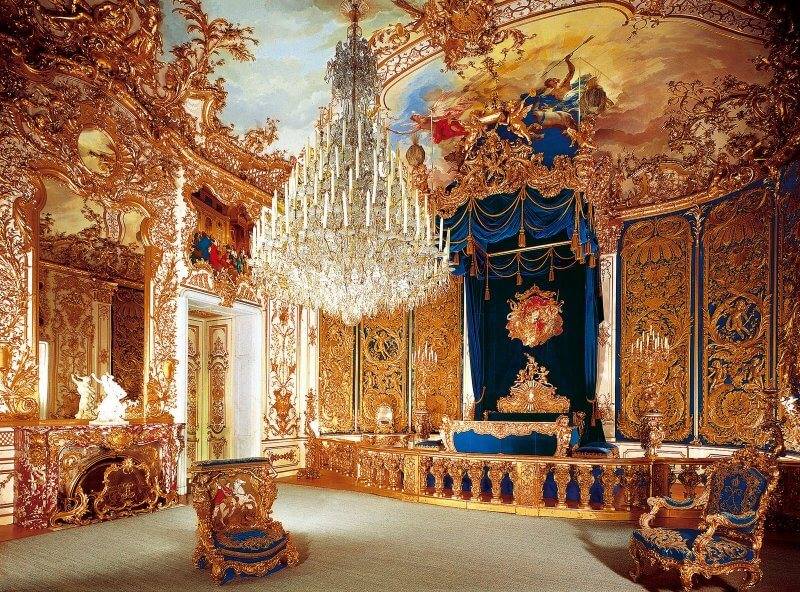 The bedroom of the “King of the Night”.

Because Linderhof Castle in Bavaria was intended exclusively for the king and his family, there are not many rooms and bedrooms here at all:

The king was very proud of the fact that he came from the Bourbon dynasty, so in all the rooms you can see many coats of arms of this family and lilies (their symbol). But there are no pictures of swans (the symbol of Louis himself) in the castle of Bavaria, because the king believed that his greatness and power should be “told” by another residence – the White Swan Castle.

Because Louis originally wanted to build the Linderhof palace in Bavaria in the likeness of Versailles, much attention was paid to the gardens and the entire near palace grounds. On an area of 50 hectares, the best gardeners in France, England and Germany planted flowerbeds and created a picturesque English garden.

Walking around the park, you can see about 20 fountains, 35 sculptures and several unusual pavilions. In addition, in the grounds of the gardens can be found: 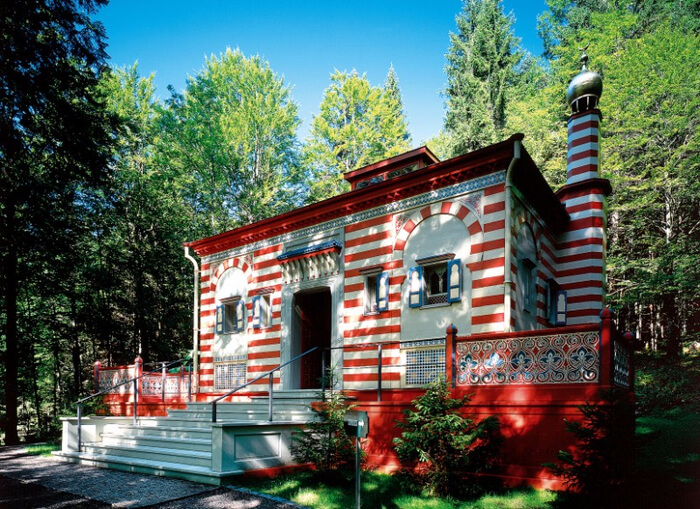 Like his father, Louis loved opera and admired the works of Richard Wagner (he was a frequent visitor to Bavaria), for listening to whose works the Grotto of Venus was erected – the symbol and main attraction of the Linderhof castle. The acoustics in this small, underground room were terrific, and the king loved to spend his free time here. 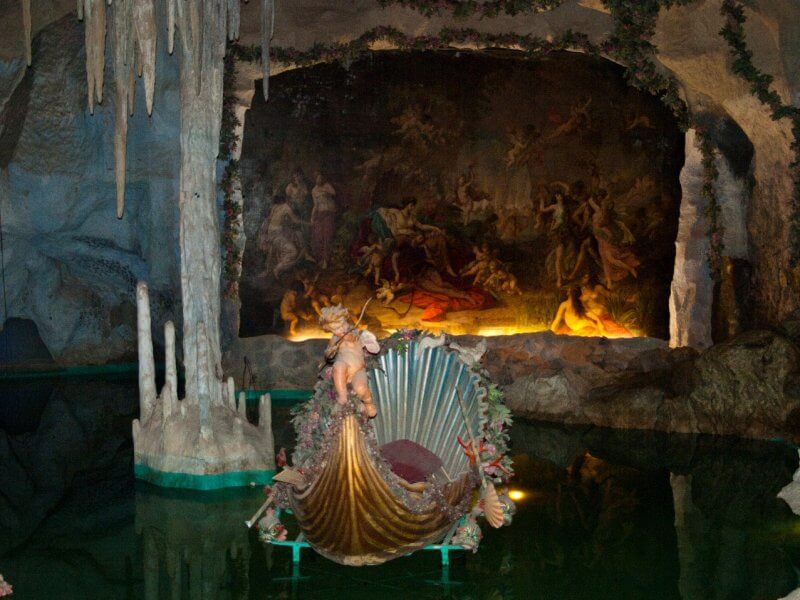 It is interesting that in this grotto for the first time in Germany were used those devices that are used today in theatrical productions: lamps that change color, sound equipment and smoke machines. 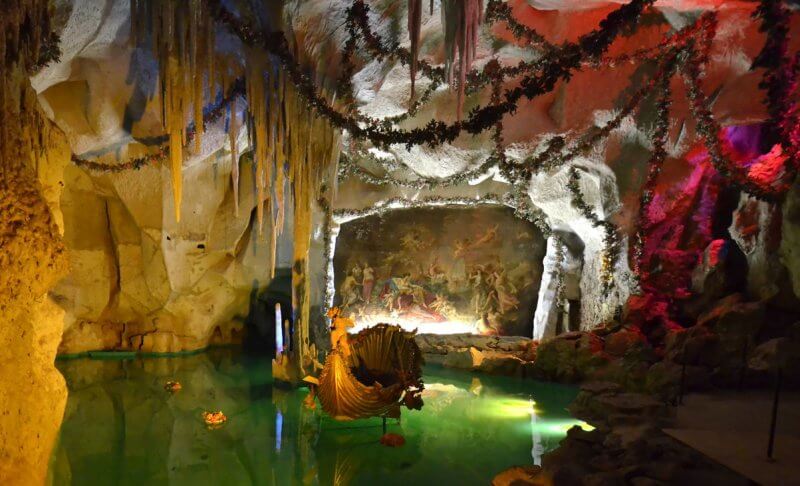 In the central part of the grotto is a fountain and a small lake. These two sets were perfect for the production of Tannhäuser, which Ludovico was very fond of.

How to get there from Munich

Linderhof Castle and Munich are 96 km apart. Unfortunately, it is not possible to reach your destination without a transfer. There are 3 options: 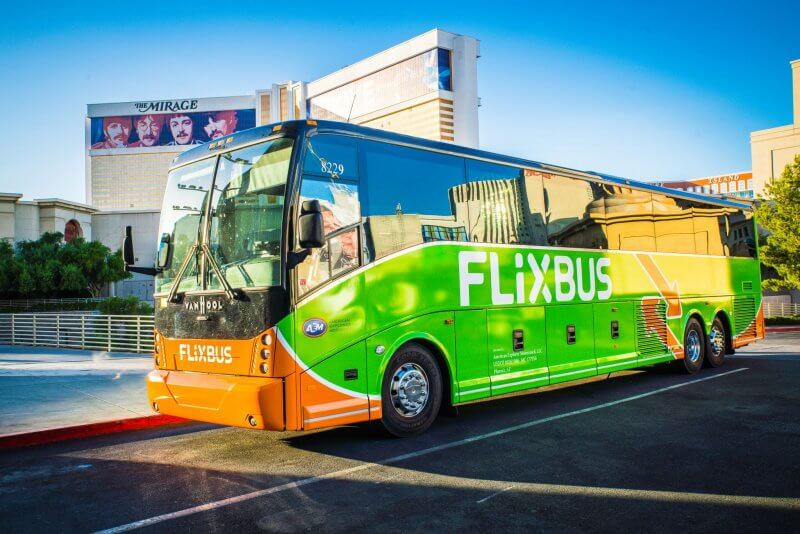 Thus, answering the question of how to get to the Linderhof Castle from Munich, with regret, we can say: quickly and comfortably get to the attractions will only be possible only by cab – other options are cheaper, but you will need to make at least one change.

Buy tickets for the train you can either at the ticket office of the railway station, or in special machines that are at the stations in Germany. By the way, buying tickets from vending machines is more profitable – you can save 2 euros.

You can buy Flixbus tickets on the official website: www.flixbus.de. Here you can also keep track of new promotions (they are very frequent) and company news.

Admission is free up to 18 years of age.

The cost of a general ticket (Linderhof Castle + Neuschwanstein + Hohenschwanagau) is 24 euros. This ticket is valid for 5 months after purchase and can be purchased at any of the above-mentioned castles in Germany or online. 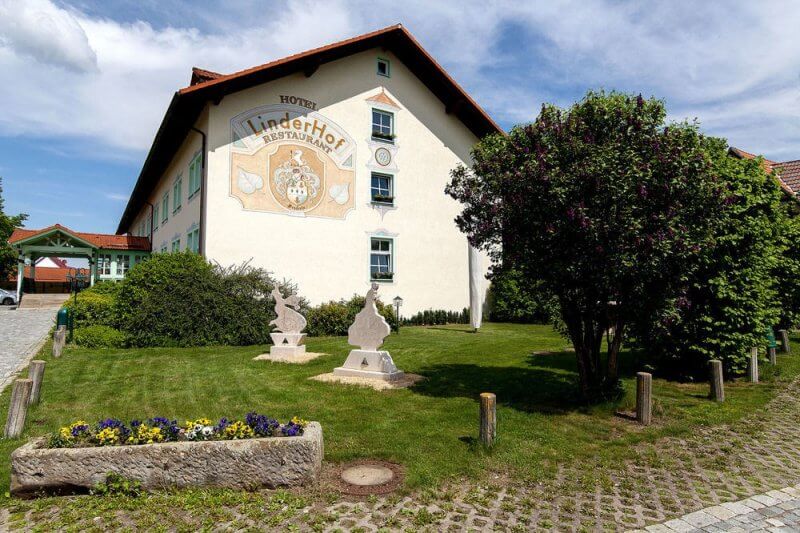 Linderhof Castle in Bavaria, Germany is the smallest but the most original and original residence of Louis II.

Updated: 11 Jan, 2020 The Castle of the Moors is a Medieval construction, built on top of the…

Updated: 15 Apr, 2020 A small picturesque town Guimaraes (Portugal) is a place where people rush to go from…

Updated: 26 Aug, 2021 Sintra (Portugal) is a mountainous town in the west of the country…

Updated: 19 June, 2019 Schloss Hohenschwangau, whose name translates from German as…