Guided tour and excursions to the castles of Loire Valley

Tour in a group or individually with a licensed guide.

in a group starting at the Opéra Garnier

in groups starting from the hotel in Paris

individually from 1 to 4 persons

individually from 5 to 8 persons

In group: Monday and Thursday from 08.00. On other days to be specified.

individually, according to your desire.

One day trip to the Loire valley which will allow you to get acquainted with the life of the kings of France and see with your own eyes the most beautiful royal castles, which are located not far from the banks of the longest river in France, the Loire. You will visit 3 castles which are attractive not only because of their beauty, but also because of the small period of history when the French kings lived in the Loire valley. The dawn of the palaces you will see is at the beginning of the XV century, during the reign of Charles VII and ends at the end of the XVI century, when the French King Henry IV, transferred the residence to Paris. Thanks to this small period, medieval castles are rebuilt into elegant palaces and become the official residences of French kings. You will visit Charles VIII, Francis I, who contributed much to the architecture of the palaces.

READ
The most beautiful places on the planet earth

The Royal Château of Amboise, standing majestically above the river Loire. It was the birthplace of Charles VIII, Francis I, Henry II and contains the tomb of Leonardo da Vinci who lived here from 1516 to 1519. From this beautiful place you will go to another castle. 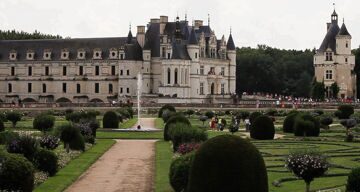 The most visited in the Loire Valley, Chenonceau. The palace standing on the Cher river fascinates with its beauty built in the XVI century and still preserving the spirit of the time when Diana de Poitiers, Catherine de Medici, Louise of Lorraine lived here. And as it is called nowadays, the women’s castle. The interior decoration of the palace combined with the gardens will make this tour unforgettable.

The last castle of the day will be the largest palace in the Loire Valley, Chambord. It rises majestically in the largest nature reserve in Europe. The palace was built for himself by Francis I and amazed all his guests with its grandeur. Many philosophers and writers have admired this wonder. And we hope that you will not be left indifferent to a small piece of France.

Chateaux of the Loire (France) – one of the world’s main tourist destinations.Looking at the map of the Loire castles, you will understand what the secret of such popularity – on the territory of about 200 square kilometers there are more than seven dozen beautiful architectural ensembles that were built in the Middle Ages and Renaissance. 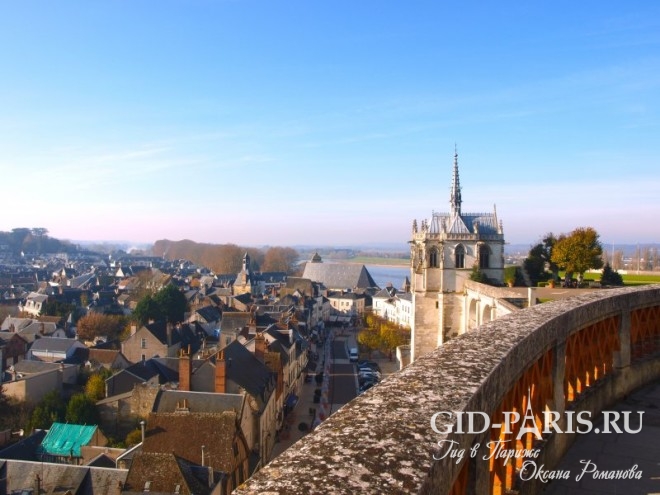 Tickets are payable additionally on the spot.

Starting point of the tour: from the client’s hotel, service: guide service + car with licensed driver.

When ordering group tours, with a rental bus or guide with a private car for a group of more than 5 people, the cost is calculated individually. All prices are discussed in advance.

When visiting Paris, the Chateaux of the Loire can be seen on a day trip. Leaving the suburbs of Paris you will go to the center of France, where you will enjoy a fascinating history, traditional French cuisine and wine tasting in the local cellars.

The history of the Loire castles will tell you about the most important historical events in France, about incredible intrigues, plots, secrets and everyday life of their illustrious owners.

French monarchs and their entourage took a fancy to this picturesque region and gave the world a number of pearls of architectural art. The castles of the Loire Valley will amaze you with their grandeur and uniqueness:

Excursion from Paris to the castles of the Loire will open for you a curtain of medieval France and I, your guide Oksana Romanova, will accompany you in this extraordinary world of fabulous buildings and vivid impressions!

The Loire Chateaux on the Map of France

This original architectural ensemble is unlike other Chateaux of the Loire Valley. It is erected as a bridge over the river Cher and from the beginning of the 16th century to the end of the 19th century, was given to women – spouses and minions of kings, dukes, intendants, bankers.

READ
The most famous cemeteries in the world

In memory of its beautiful mistresses Chenonceau is called the “Ladies’ Chateau”.

A long driveway framed by ancient plane trees and leads to the medieval donjon. Nearby are the gardens of famous rivals, Diana de Poitiers and Catherine de Medici.

On the ancient farm the servants of the historic residence grow over two hundred rose bushes and many ornamental plants, which decorate the inner chambers all year round.

The proud royal fortress acquired its current appearance at the end of the 15th century. It was Charles VIII who invited Italian masters to make a grand reorganization and decoration.

The Chapel of St. Hubert houses the ashes of the famous Leonardo da Vinci. Francis II rescued his life from conspirators and the finance minister Nicolas Fouquet and the Arab emir Abd al-Qadir languished in captivity at various times within the walls of this medieval fortress.

Chateaux of the Loire in France keep the memory of different eras. In Amboise you can visit the chambers of Henry II and Catherine de Medici of the mid-16th century and climb the tiny winding staircase and find yourself in the 19th century in the apartments belonging to Louis Philippe, Duke of Orleans of France.

When visiting the castles of the Loire (France) should pay attention to a small structure of pink bricks and white stone, 400 meters from the royal residence of Amboise. Francis I spent his young years here.

In 1516, he invited Leonardo da Vinci to France. In cozy Clos Lucé in France the famous painter and engineer lived the last three years of his life. It is now home to his house-museum.

The halls reproduce the interiors that surrounded him, and in the basement you’ll see models of the great genius’ inventions based on his drawings.

In the picturesque English-style park, the mechanical machines of the phenomenal scientist are on display, arousing the keen interest of children and adults alike.

READ
12 flooded cities in the world, description and photos

The castles of the Loire in France are unique and beautiful. Chaumont, occupied perhaps the most picturesque place on the Loire. There is a magnificent panorama from the high promontory above the river. “The Castle of the Rivalries” – the queen and beautiful favorite of Henry II, Diane de Poitiers.

Catherine de Medici, acquired it in 1560, but after the tragic death of her husband, she gives Chaumont to Diana in exchange for the long coveted palace of Chenonceau.

At the turn of the 19th and 20th centuries, Chaumont belonged to the extravagant Princess Brolly. It was transformed into a model of a comfortable mansion, complete with all the innovations of the day: plumbing and electricity!

Blois was a favorite residence of Louis XII and Francis I. Not all the castles of the Loire Valley had such affection for monarchs. Once a gloomy fortress, it became a royal palace during the reign of Louis XII.

At the end of the 16th century it became the center of bloody events and palace intrigues and after the French Revolution it was badly damaged and “revived” only in the 19th century thanks to the care of Louis-Philippe, Duke of Orleans, who ruled the country, who allocated funds for its restoration and new furnishing.

The castles of the Loire (France) reflect the power and ambition of their founders. Chambord embodied the dreams of the young Francis I of the greatness of France. The imagination with which its roofs, staircases and terraces were decorated is astonishing and delightful. One of the masterpieces of this grandiose structure is the double spiral staircase, designed by Leonardo da Vinci. It allows those descending and ascending it to avoid meeting each other.

King Charles V of Spain, who visited Chambord in 1539, called it “the supreme work of human genius”. The snow-white silhouette of this stunning stone masterpiece set against the vast green park is one of the most striking examples of luxury Renaissance architecture.