The 7 Secret Places of Madrid 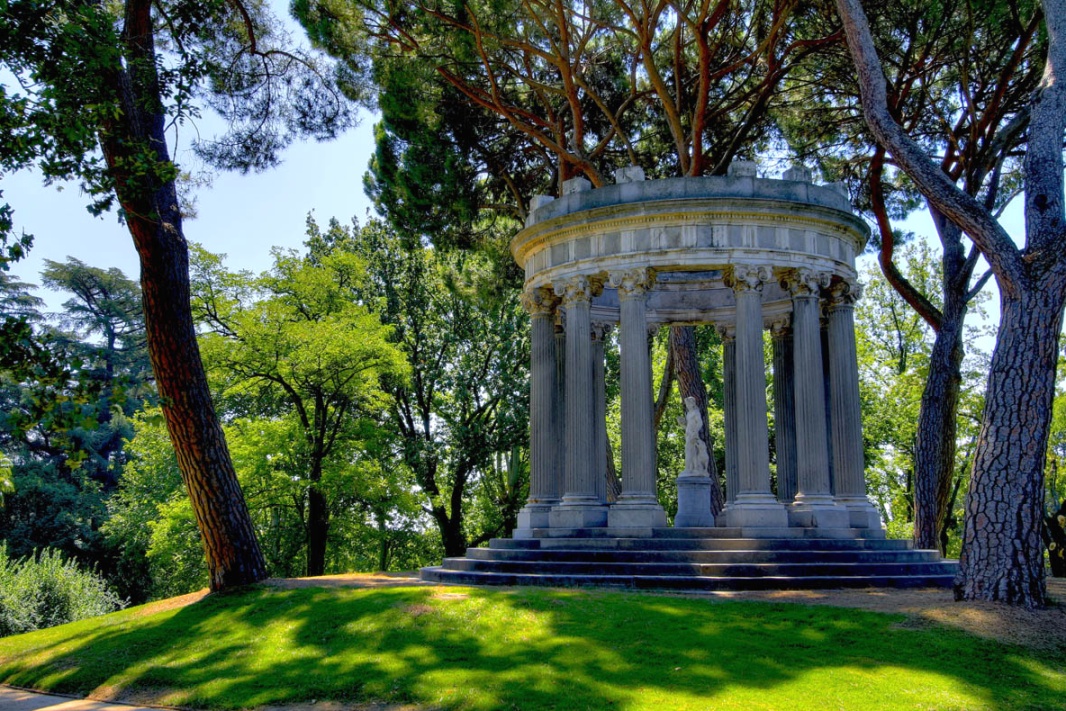 Madrid is a city with many secrets and mysteries that even the best guidebooks don’t always explain. The best way to get to know Spain’s capital in detail is to visit the most interesting places in the city and learn about its history on your own. 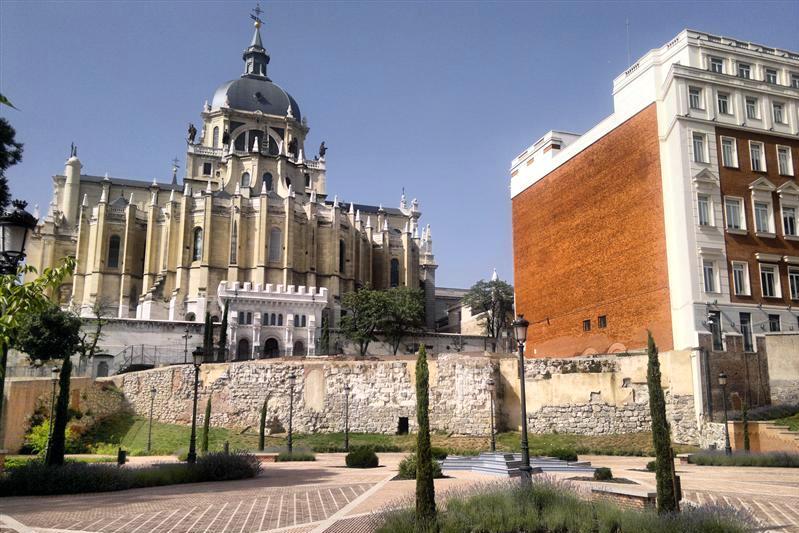 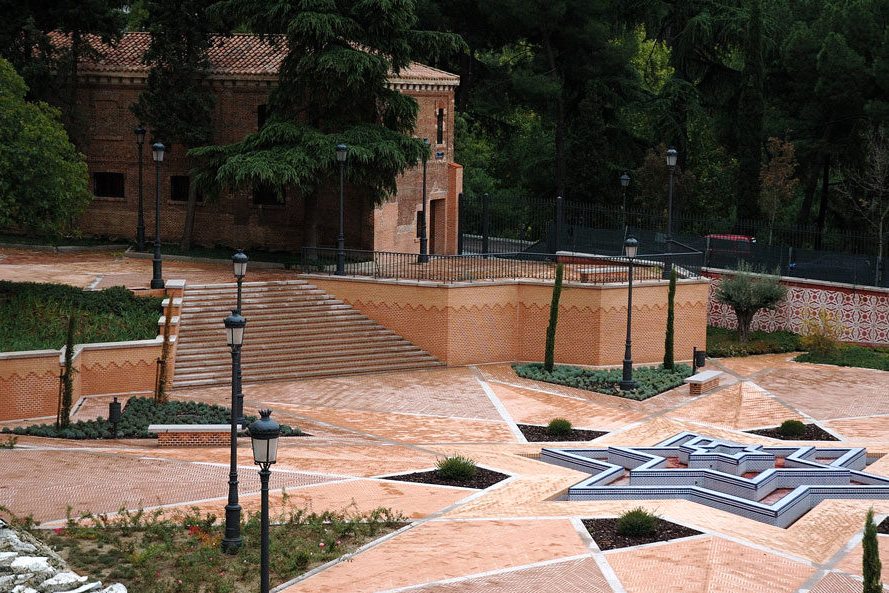 Relive history in the Spanish capital in the truest sense of the word. Strolling around Almudena Cathedral from the south and descending, you can admire the oldest fortification in the city – the Arabian Wall of the IX century. It surrounded the fortress erected around 860-880 by Emir Mohammed I to protect Toledo, then the political center.

Step into the park, named after the emir, and immerse yourself in the atmosphere of Spain’s Muslim past.

How to get there: metro station Opera.

2. A house with a centuries-old history 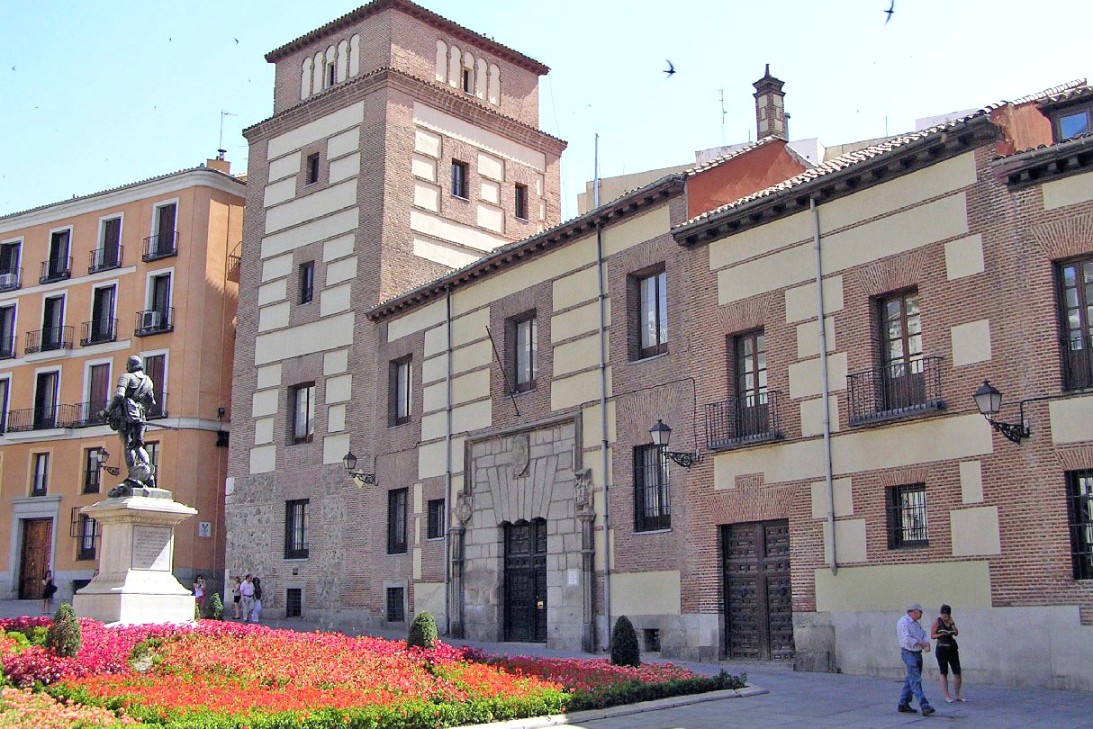 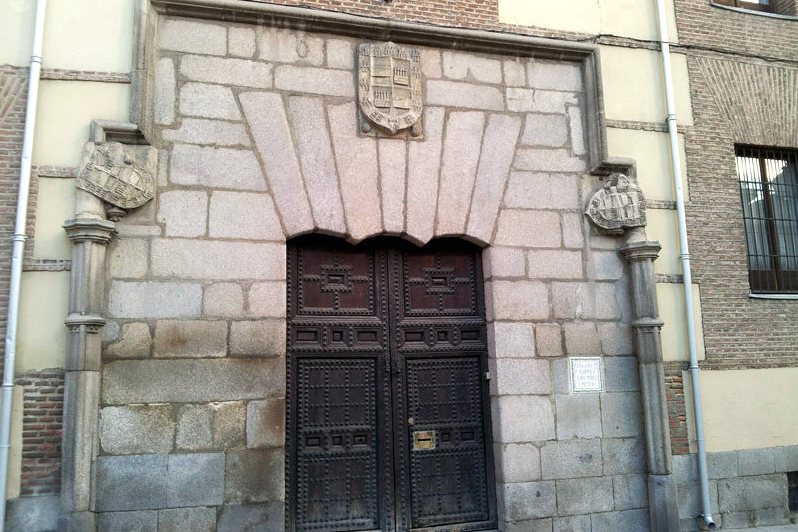 Walking around the center of Madrid tourists usually focus their attention on the Puerta del Sol and Plaza Mayor, but the ancient Plaza de la Villa often falls out of sight. It is a Late Medieval jewel, created in the 14th century by order of Alfonso XI of that time.

Although it was still a long way off (about 100 years) before Madrid was declared the capital, the city gradually grew around the Arab fortress, which was located on the site of the current Royal Palace. In the old Plaza de Villa, the town hall (later rebuilt) and the Moorish-style buildings, the tower and the Luhanes house, appeared.

These buildings date from the XV century and claim to be the oldest in Madrid. They were originally the residence of the royal accountant Gonzalo Garcia, and then they were bought by the royal servant Pedro Luján.

The house has been used in different ways over the years. In the nineteenth century the tower was the tallest building in the capital, so a telegraph station was located there to communicate with the city of Aranjuez. Nowadays, it is the seat of the Royal Academy of Moral and Political Sciences and the Royal Economic Society.

READ
What to see in Sergiev Posad in 1 day

The house still has two ancient portals. The main entrance is on the side of the square and is decorated with the coat of arms of the Lujánes family. The side entrance has an original horseshoe shape and looks out on Calle del Codo (Calle de los Locos).

How to get there: Metro station Vodafone Sol. From Puerta del Sol, take Calle Mayor in the direction of the Royal Palace; the Lujanez house is on the left hand side.

3. Statue of the Venus of Madrid 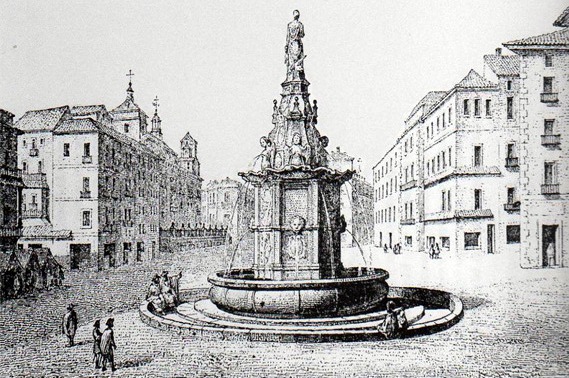 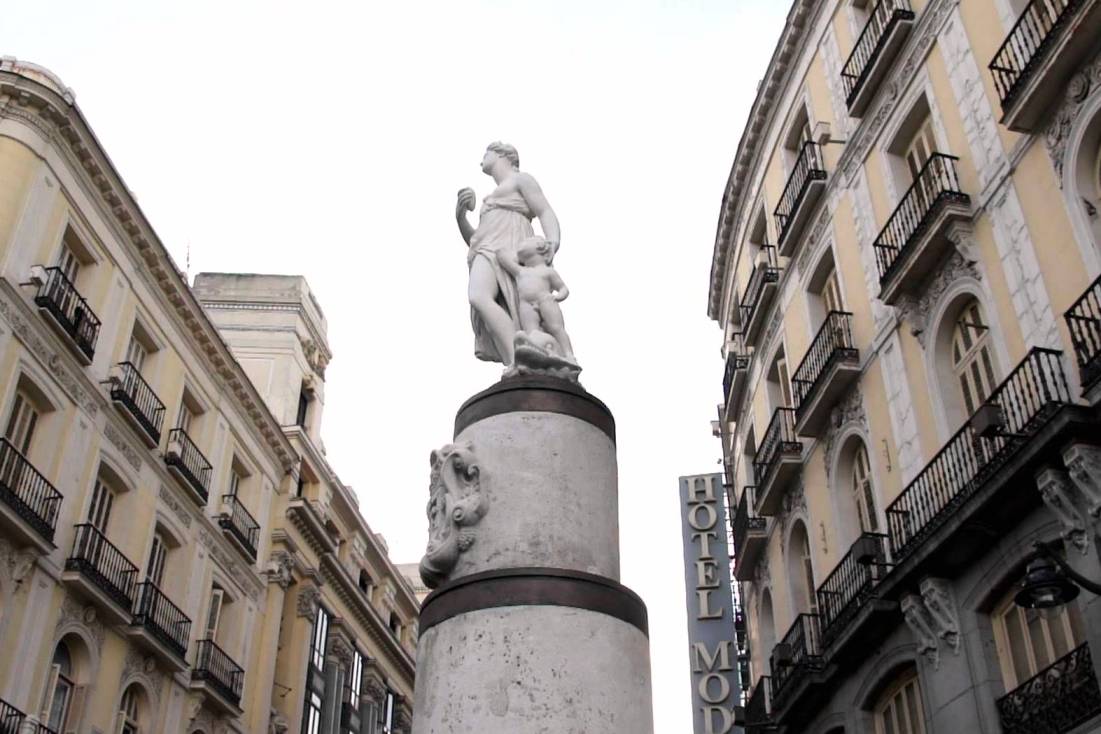 Once in the heart of Madrid – Puerta del Sol (“Gate of the Sun”), pay attention to the sign on the Post House. It shows a fountain, but it doesn’t look like a modern one at all. Before 1838, there was a much larger and more beautiful fountain on the square, with a statue of a woman in the center, called Mariblanca, or the goddess Venus, by the locals. Now it can be seen in the western part of the square, or rather not her, but only a copy. Where did the original go?

The statue came to Madrid from Italy in 1625 and took its place of honor on the central square. However, two centuries later, Mariblanca “aged” – the appearance has significantly deteriorated. At first it was moved several times

The statue was removed to different parts of the city and then removed altogether. The divine figure came back into the limelight only in 1969, when it was installed to decorate Recoletos Boulevard, but careless revelers smashed the statue. Masters managed to restore it and, so that nothing else happened to it, put it in the building of the City Hall. The current snow-white copy appeared in the city center only in 1986.

How to get there: Metro station Vodafone Sol. 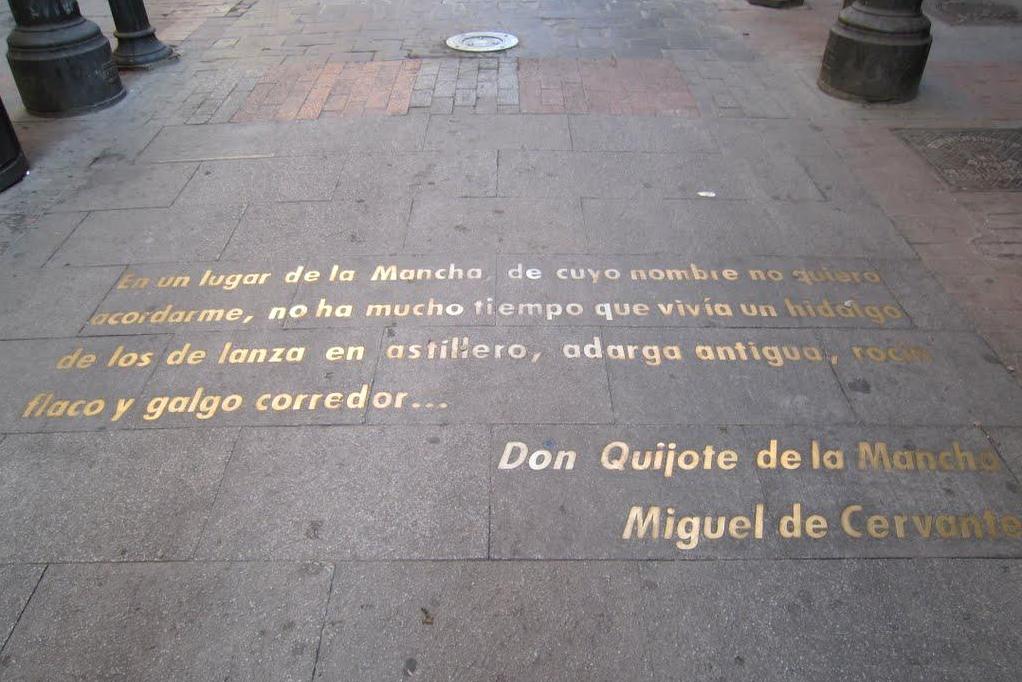 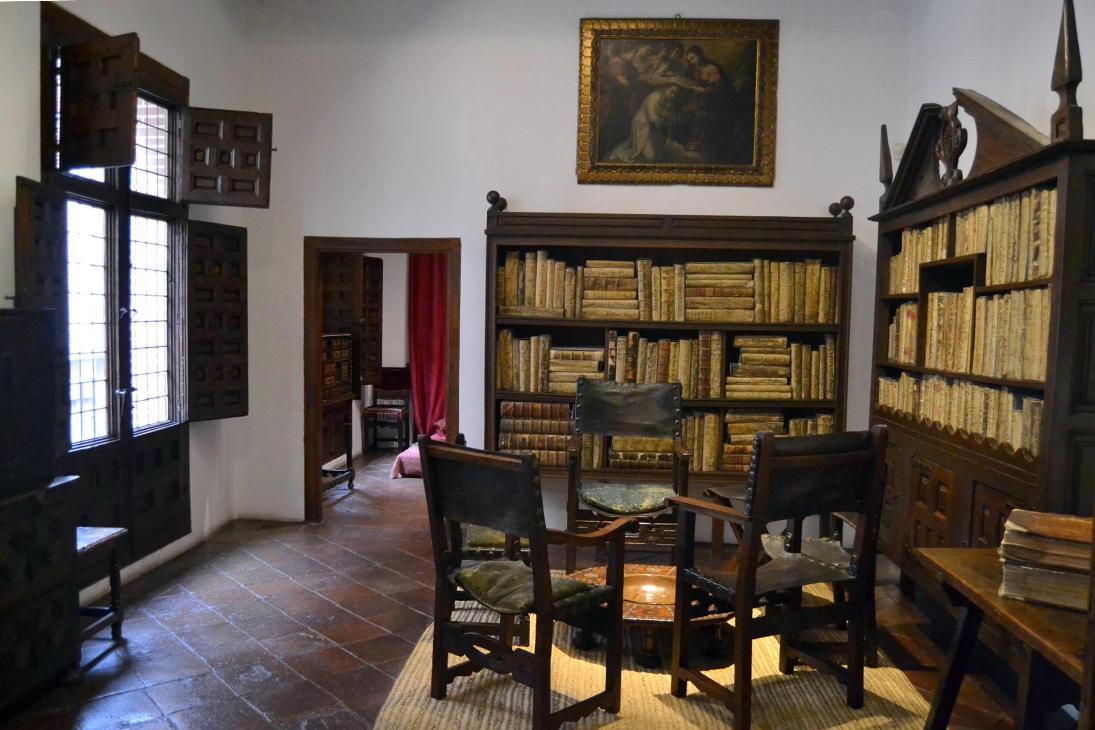 4. The streets of the Literary Quarter

Discover the secrets of great Spanish writers like Miguel de Cervantes, Lope de Vega, Francisco de Quevedo and Tirso de Molina by getting lost in the intricate streets of the Literary Quarter, or Barrio de las Letras. These figures of the Golden Age of Spanish literature lived in the area between Cruz Street, Carrera de San Jerónimo, Prado Boulevard and Atocha Street.

As you stroll along the streets, pay attention to your feet – right on the sidewalk, gilded beeches record the texts of great works and interesting sayings, and plaques on the walls of houses remind you of who lived in them.

As you know, Cervantes and Lope de Vega have always been in an unspoken literary rivalry, and ironically, the latter’s house is on Cervantes Street. Lope de Vega bought the two-story mansion in 1610 and lived there until his death, until 1635. Today it is the great writer’s house-museum and as you cross the threshold you are transported to the Spain of the “golden era”.

How to get there: The Lope de Vega House Museum is located at 11 Cervantes Street. Subway station Antón Martín. 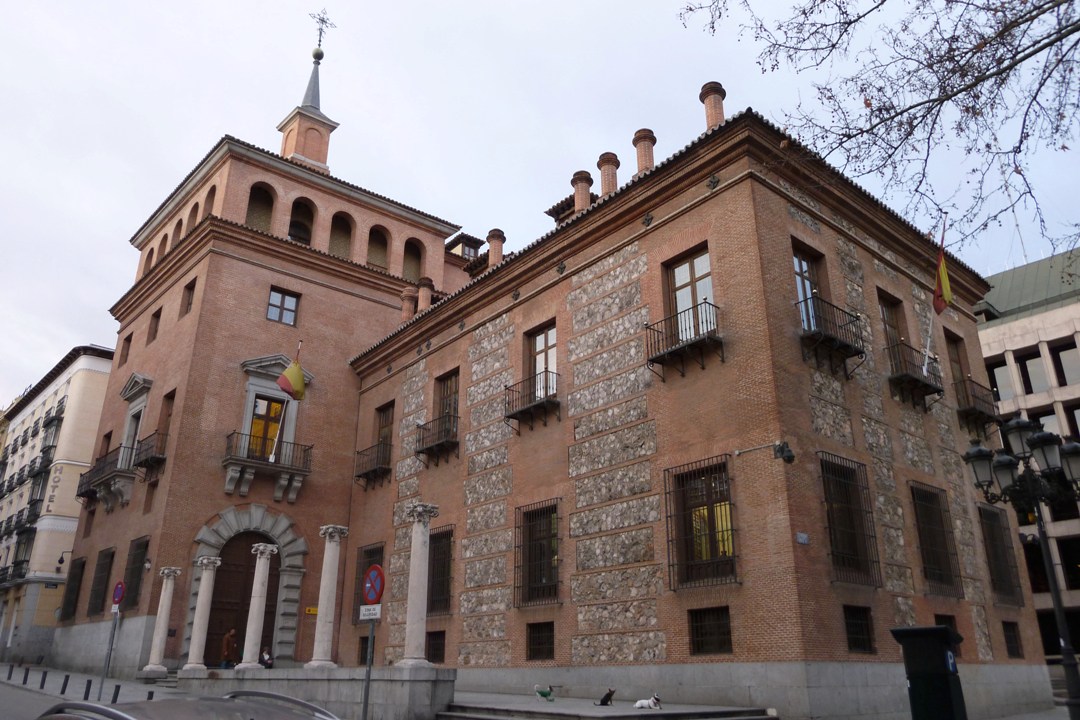 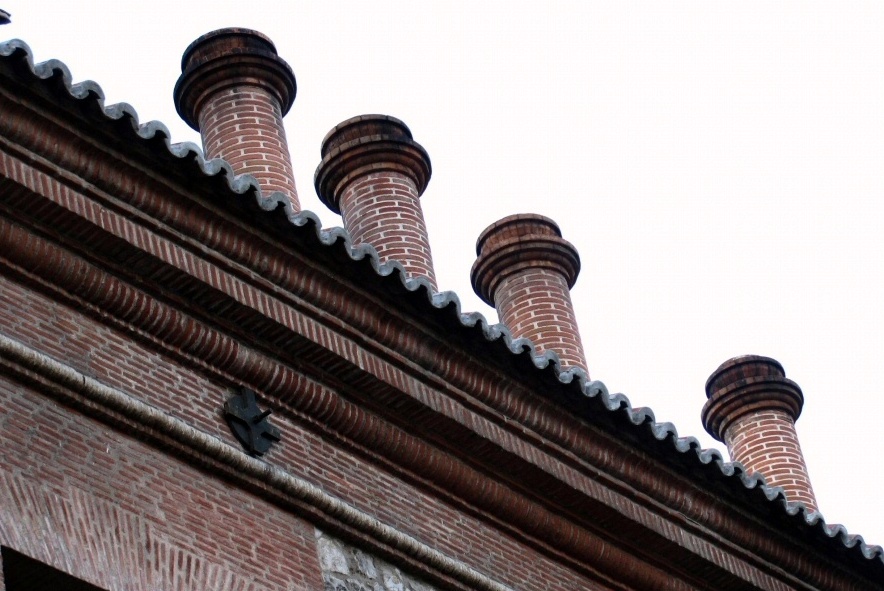 The mystical Madrid can be experienced by turning off Gran Vía in front of the San José Church. On the Plaza del Rey the “House of the Seven Chimneys” (16th century) has been preserved and is associated with many mysterious and sinister legends.

One of them says that in the house lived Captain Zapata and his wife Elena, who had a love affair with Prince Philip II (who later became the most powerful monarch) shortly before their marriage. The family happiness of the newly formed family was short-lived. The captain died in the war in Flanders, and the woman was soon found dead in the bedroom. The cause of death was never discovered, and the body disappeared without a trace. It is said that the woman’s ghost has been walking on the roof among the seven chimneys ever since.

But it seems that no legends do not scare Spaniards, on the contrary, such architectural works are especially revered. In 1995, the “House of the Seven Chimneys” was included in the list of Spanish Cultural Heritage. Also today it is the seat of the Ministry of Culture of the country. 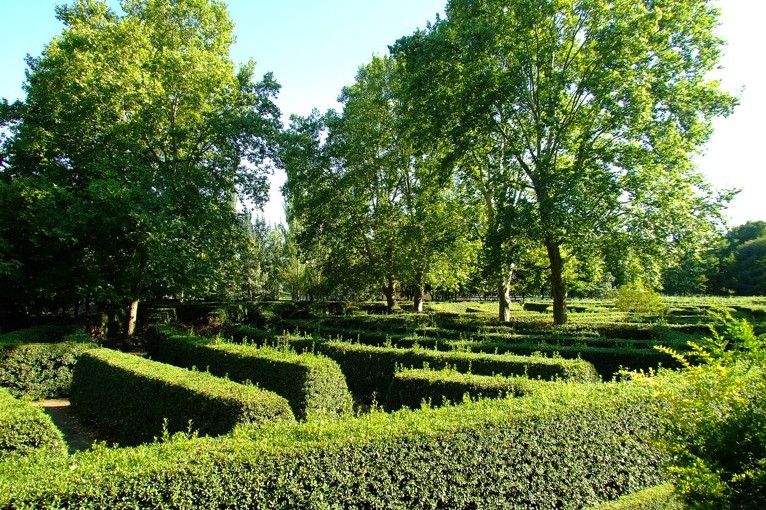 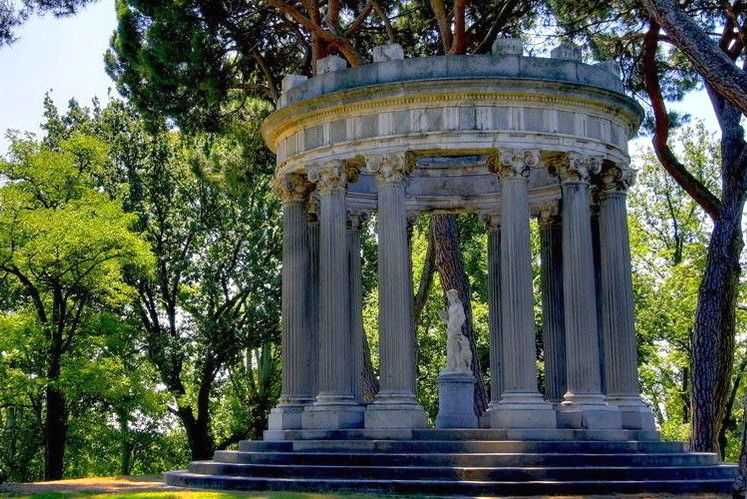 6. A whim brought to life

Many are familiar with Retiro Park, every day not only tourists but also locals come there to get some fresh air and take a ride on the boats. But to be alone and be alone with nature, you should go to not so well-publicized park “Capricho” (El Capricho).

The Duchess of Osuna called this place “green paradise” in 1784. As described by her contemporaries, she was a very intelligent and educated woman. In the ennobling of 14 hectares of land, she invested not only her whole soul, but also a lot of money to fulfill every whim. And the whims are really a lot: beautiful squares, buildings and fountains are adjacent to lush forests, creating an indescribable joy and peace.

How to get there: El Capricho metro station. 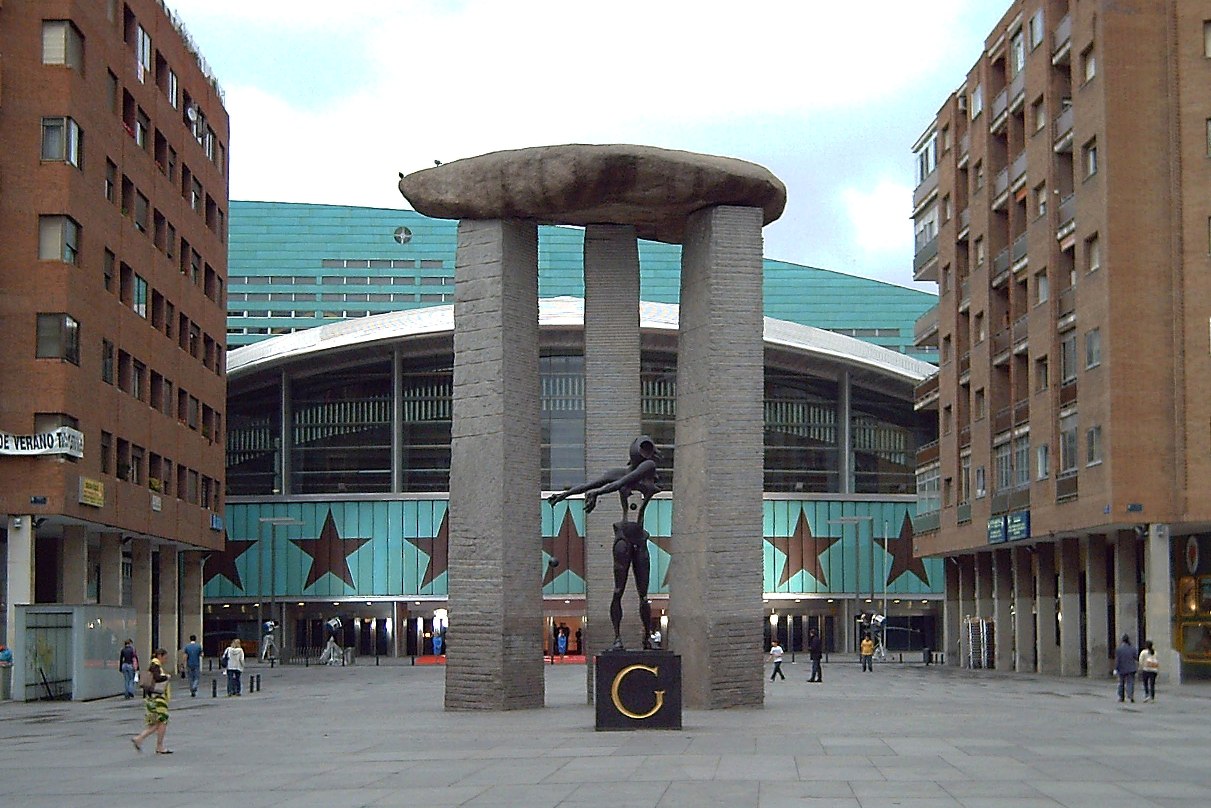 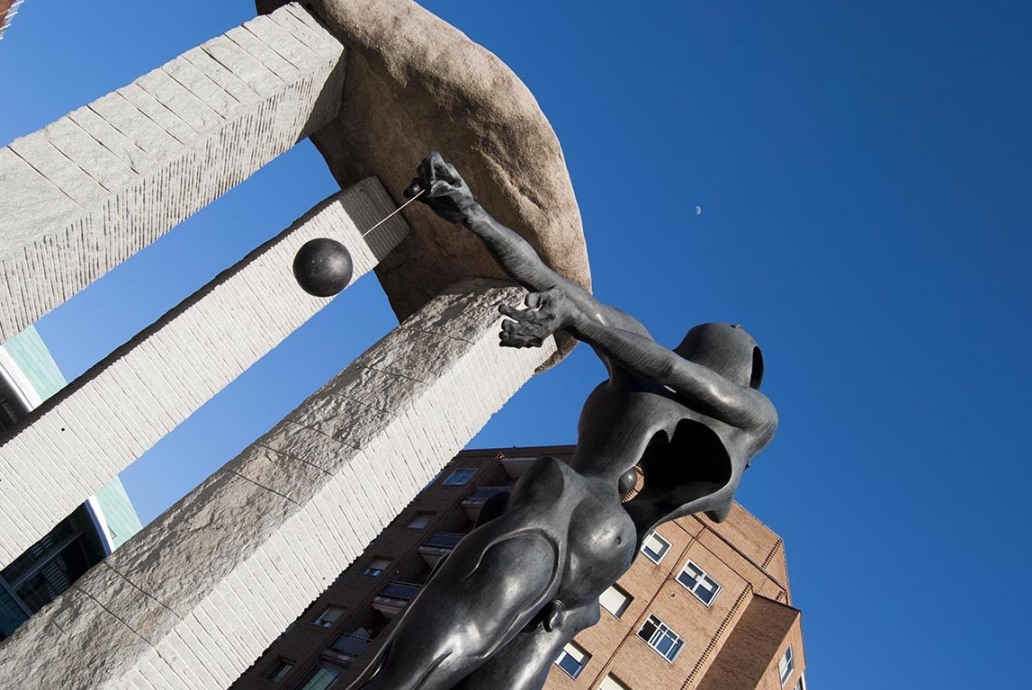 The name of Salvador Dali, a Catalan by birth, is known to all. But that he perpetuated his memory including in the Spanish capital, few are known. In the Salamanca area there is a huge square dedicated to the great genius, and there is a work of his hands – the composition “Dalí’s Dolmen”, symbolizing the evolution of man. The figure in front of the dolmen is called “Dedication of Newton” and indicates the importance of scientific discoveries in this evolution. Not forgotten is Gala, Dali’s main inspiration. Her name is immortalized in large gold letters on the pedestal.

The appearance of this monument in 1986 was made possible by Mayor Enrique Tierno Galván, who in the post-Franco period contributed much to the development of Madrid. The square itself is also originally designed. You can enjoy its unusual views from the terrace of one of the cafes.

Getting there: Metro station Goya.

Service center for life and business “Spain in Russian” is your guide in the world of individual tourism. Organization of tours, routs, trips, tickets for various events, excursions with the best guides, organization of holidays. Services for discerning customers.

City of secrets and mysteries is revealed only to those who risk to look into its soul on their own, without relying on any guidebooks or tours. Only if you take a leisurely stroll through the capital of the Spanish kings can you discover some truly surprising things, which will lead you not only to the Catholic history of the country, but also to its Muslim past.

Behind Almudena Cathedral, or St. Mary’s Cathedral, on the south side of the cathedral, rises an ancient 9th century structure. The Arab wall that once surrounded the fortress, built in the eight hundred and sixties, is now a treasure of the city. Here you can walk in the park of Mohammed I, the founder of the fortress. In this way, you can get to know the Muslim part of Madrid’s history.

Built in the 14th century, this square is often overlooked by tourists. In this square you can find the oldest buildings in the capital: the tower and Luhanes house, both dating back to the XV century. Once upon a time an accountant and then a servant of the king named Pedro Luhan lived here. Later, because the building was the tallest structure in Madrid, it was used as a telegraph tower and today it is the residence of several royal organizations.

On the Puerta del Sol, or more precisely on the west side, is a stone replica of a statue of the goddess Venus that once stood there and adorned a huge fountain. The stone statue was transported to the heart of Spain from neighboring Italy in the year one thousand six hundred and twenty-five. After two centuries, the statue “walked” the city, adorning a different angle of Madrid, but at some time it simply removed, as she needed a thorough restoration. In 1969, the beauty was brought back. This time it was installed on Rocoletos Boulevard, where it was soon partially destroyed by vacationers. But, skilful craftsmen managed to restore it completely, and so that what happened was not repeated, the Venus was moved to the City Hall, and its copy in one thousand nine hundred and eighty-sixth installed on the Puerta del Sol.

Cervantes, Lope de Vega and many other famous Spanish personalities lived in the Barrio de las Letras. Today, as you stroll through the Literary Quarter, you can find famous sayings and pieces of great people’s works under your feet. In addition, there is an opportunity to visit the houses-museums of these writers of the “golden era” of Spain.

A mansion with ghosts

After strolling along the main street of the city, Gran Via, turn to the Plaza del Rey. Here the sixteenth century “House of the Seven Chimneys” still stands. There are many mysteries and terrible legends associated with this house.

One such legend is the story of a woman named Helena, whose ghost still roams the roof of the mansion at night. The girl was once married to Captain Zapata, who was rumored to be the lover of the future monarch Philip II. During the war in Flanders, Sapat died and Helena was left a widow. However, Helena was soon found dead in her bedroom. The circumstances of her death remained unclear, and the girl’s body was missing altogether. In 1955, this building was included in the list of the Cultural Heritage of Spain. It is now the seat of the Ministry of Culture.