Marble Cave – the most beautiful cave in the Crimea 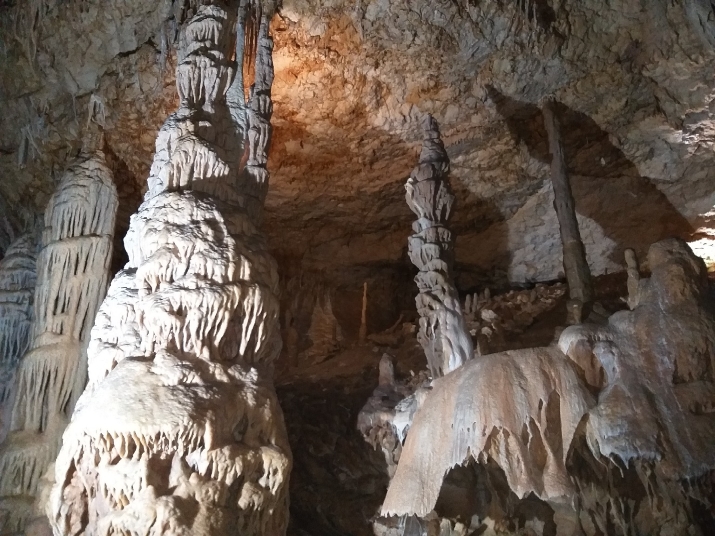 Marble Cave – the main attraction of the mountain Chater-Dag. The cave is located at the lower plateau of the massif. It is a part of the complex of 3 equipped caves on the Chater-Dag. Marble Cave in the Crimea is considered to be one of the most beautiful in the world. I recommend to visit it! 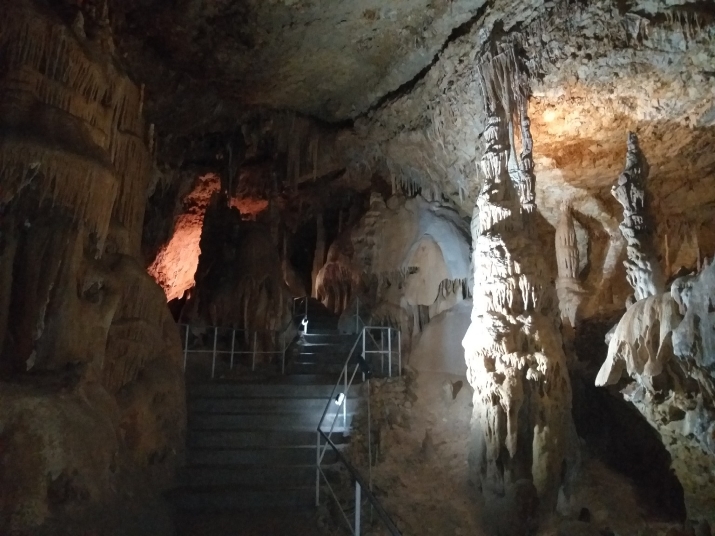 Marble Cave on the Chater-Dag was discovered in 1987. Already in 2 years it was opened for tourists. The history of the discovery of the cave is unlike the traditional stories about caving expeditions. The cave was discovered by a shepherd who was looking for a lost sheep on the slopes. Although its official discovery is considered an expedition of the Simferopol speleologists.

The cave was named “Marble Cave” when it was found that about 90% of its surface – marble-like limestone. Its entrance is located at an altitude of 920 meters. The cave emerged millions of years ago due to the erosion of the rocks. 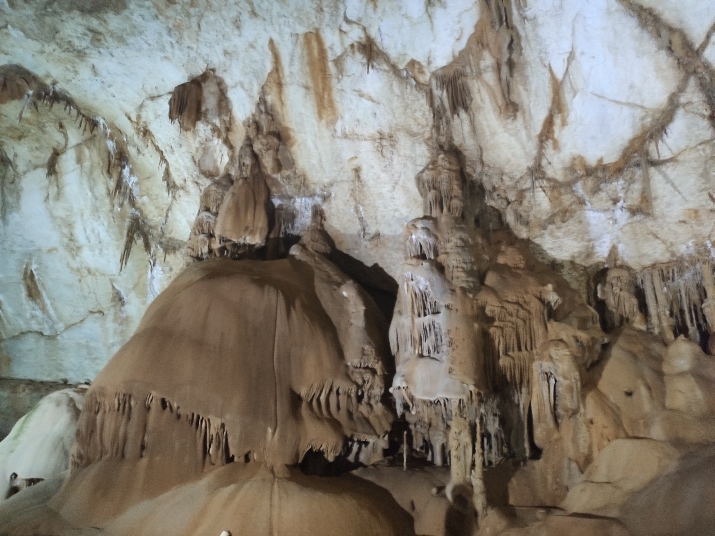 Marble Cave in the Crimea consists of several halls, located in different levels. The upper level includes the following halls: 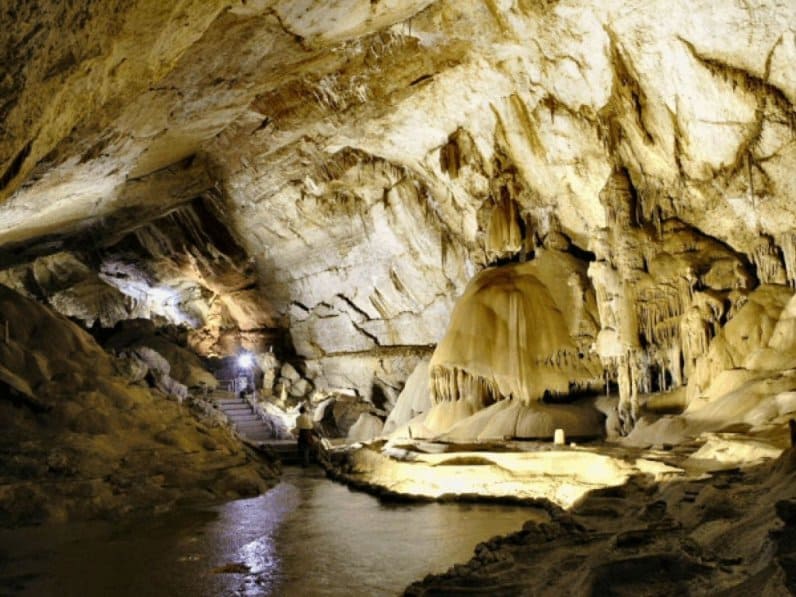 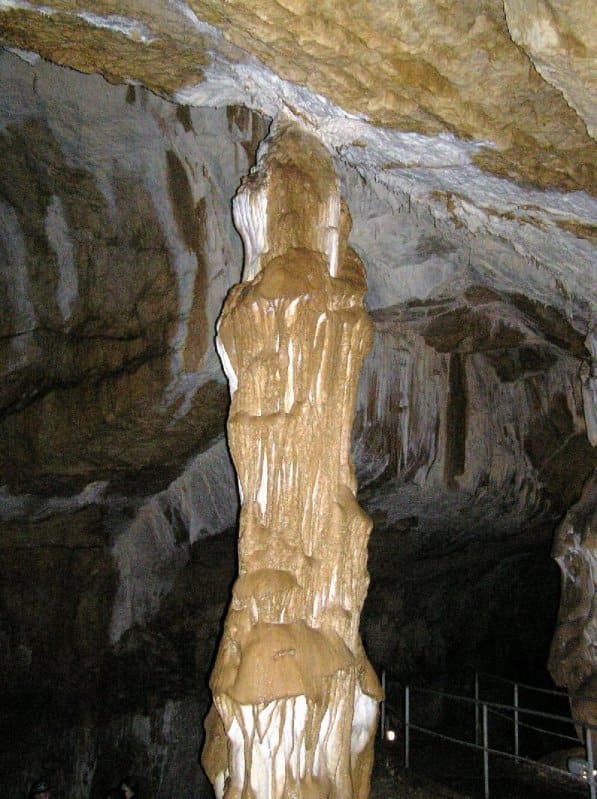 Returning back to the Fairy Tale Gallery, you can get to the lower level, where the following halls, which have become guided halls since 2006, are located: 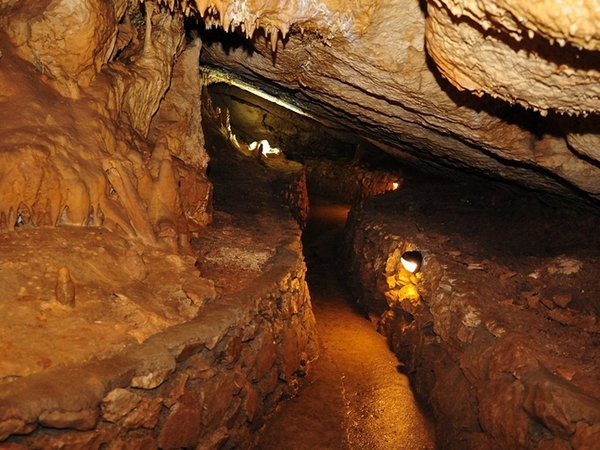 The following halls of the lower floor are not yet available to tourists: Hall of Chocolate, Balcony, Helictus. 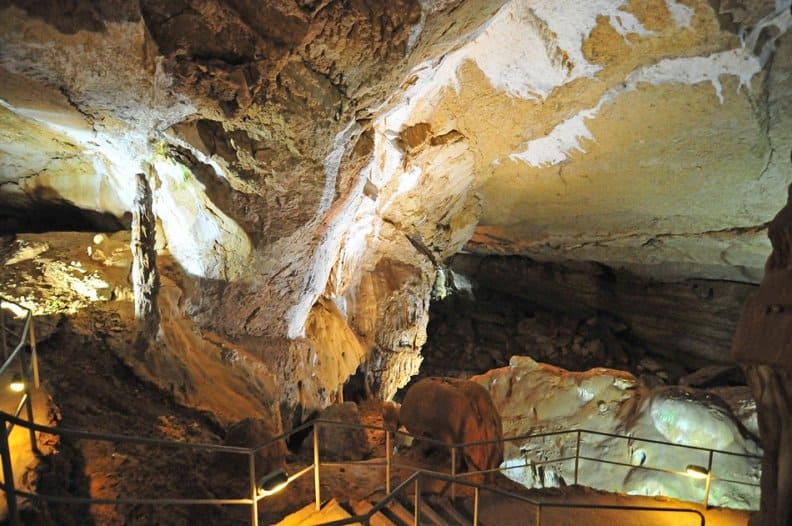 The temperature inside is a constant 9 degrees, so take warm clothes with you, especially in summer. It is better to take pants and socks. The cave operates rental jackets. 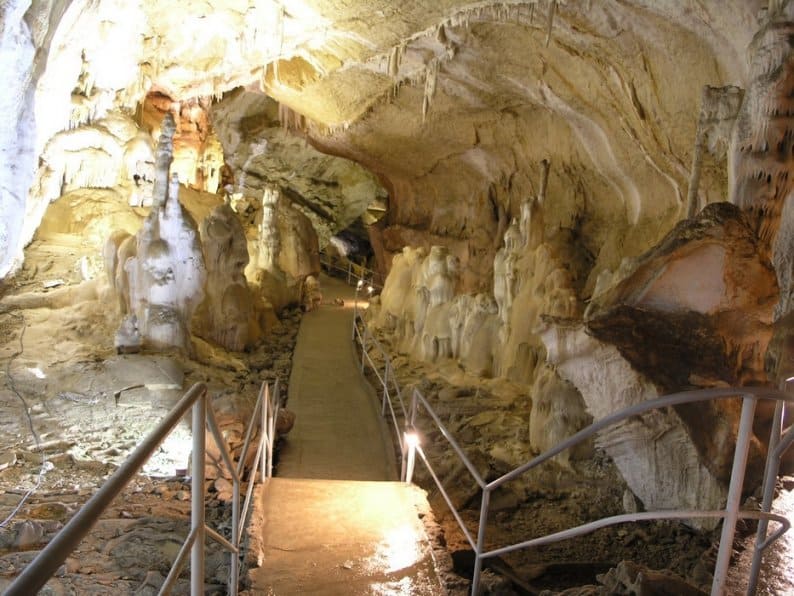 Marble Cave in the Crimea: how to get there

You can get here on foot: from Perevalnoye along the Ishachya path or through the village of Marble. You can also get here by sightseeing bus or by car. To get there you should turn from the highway Simferopol-Alushta to Zarechny, following the sign to the village of Marmara.

From there you go 8 km by the village road to the lower plateau. Near the cave is equipped with parking lot and laid asphalt, but the country road is clearly not for sedans. Nearby is the Emine-Bair-Khosar and Emine-Bair-Koba complex. 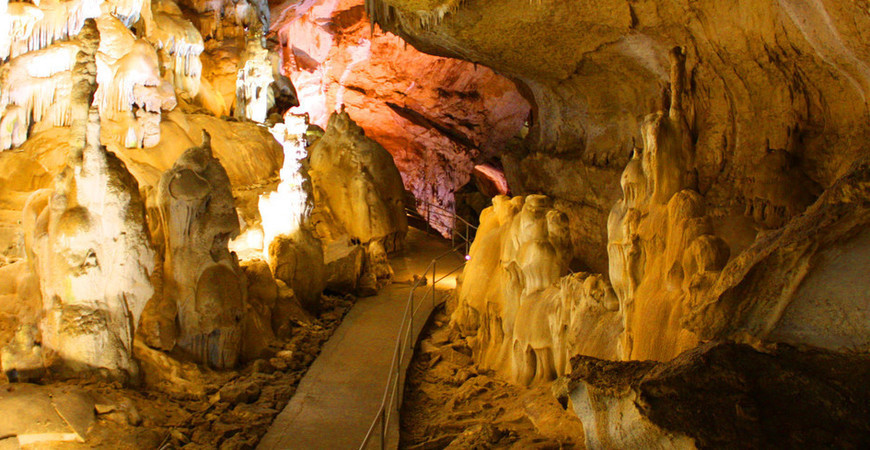 Marble Cave is one of the most mysterious places not only in Simferopol, but all over the Crimean Peninsula. It is the largest cave in the resort peninsula and the most popular mountain cave, which fascinates tourists with its amazing views.

The Marble Cave is situated at an altitude of 920 meters in the mountain massif Chater-Dag. About 10 years ago it was fully equipped for excursions, and now this place is an integral part of the modern tourist route in Simferopol.

Visiting the cave can only be done as part of a tour group, a personal visit is not possible. The cost of a tour in the Marble Cave in Simferopol may vary depending on the choice of route:

For children from 5 to 12 years old there is a 50% discount. Children under 5 years old can go to the Marble Cave for free.

History of the cave

In 1992, the Marble Cave was accepted into the International Association of Equipped Caves and became one of the most visited caves in all of Europe. Such a leap in the development of tourism and exploration of the caves contributed to the opening of the speleological center “Onyx Tour” with excursion routes. In 1989, after lighting and organization of walking paths, the Marble Cave was opened to the public.

The Marble Cave is unique in its kind, which is why thousands of tourists visit it every year. The “trick” of this cave is that it has managed to be preserved in its original form, after years and centuries of existence. According to scientists, the cave needs a thorough care, so they take into account all its peculiarities.

The cave is equipped with several excursion halls. In the first, the largest hall, called “Cave-in”, you can observe the structures made of stone, preserved for a million years. The length of this hall is about 250 meters. Other popular halls are the “Palace Hall” with columns and the “Clay Hall”, the height of the ceilings of which is gradually decreasing. “The Tiger Walk” is the oldest part of Marble Cave, discovered only a year later than the cave itself.

In the Marble Cave in Simferopol there are also relatively new routes – for example, “Melodies of Chatyr Dag”, accompanied by music. It is also worth visiting the following halls in the Marble Cave:

Also in the Marble Cave you will be introduced to the Stalactite Forest, which is a multitude of calcite tubes that form an entire “grove”.

According to tourists, it is impossible to visit all the halls at once, so before the tour you will be offered several different routes. The length of the cave reaches two kilometers and a width of 63 meters.

The temperature in the cave is about 9 degrees, and humidity in the cave reaches 98-100 percent. For those who find this climate cold and unpleasant, at the entrance are issued jackets.

Concerts in the Marble Cave

An amazing fact is that in the Marble Cave in Simferopol are often held symphonic concerts. Attend such concerts are very active – true connoisseurs of music know that the acoustics of any hall can not compare to the cave in terms of sound characteristics. In such a location, classical music sounds most natural, powerful and epic. You can find the schedule and announcements of the upcoming concerts on the website of the speleological center “Onyx-Tour”.

Why is it worth visiting

Marble Cave in Simferopol – a mysterious and extraordinary place. Here you can see and feel the stone rocks, which originated about a million years ago, and appreciate the power of natural wonders that can create from the stone “woods” or majestic columns.

A walk through the Marble Cave will be fascinating and useful for both you and your child, who during the tour will learn many interesting facts about nature, the surrounding world and speleology.

How to get to Marble Cave

Excursion to the Marble Cave can be purchased in some tourist bureaus of Simferopol, Alushta or Yalta, that is, in advance. Typically, the cost of such a trip includes transfer from your hotel to the cave and back. On a private car to the cave is easy to reach the navigator, and near the entrance to the Marble Cave provides parking.

You can also get to the cave by trolleybus or shuttle bus. From the village of Marble Cave, which you can get by public transportation, you need to walk 8 kilometers along the stony road along the power lines or you can go to Krasnolesye village and take the same route.