Mescaltitan – City on the Water (The Venice of Mexico)

The island of Mescaltitan (originally Mexcaltitan) in Mexico is known as “La Venecia Mexicana”. This small round island is located away from the traditional tourist routes, but is of some interest to travelers.

The island lies in the bay of Laguna Grande de Mexcaltitan in eastern Mexico, 11 kilometers off the coast of the Pacific Ocean in the municipality of Santiago Izquintla in the state of Nayarit.

There is a village of the same name on the island. It is commonly referred to as the city on the water. According to the 2010 census, there were 818 people living here.

The village has its own church, small stores, billiard room, museum, school, hospital and administration. The houses are located up to the water. Sometimes they even overhang the water and are supported by piles. 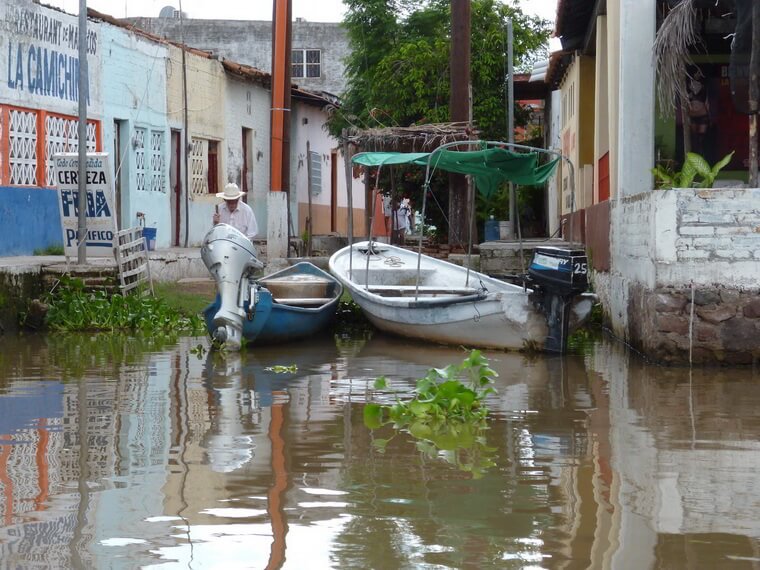 During the rainy season, for months, the lagoon’s waters rise and flood the streets. Then the locals are forced to move through the streets of the island only by boat. Hence the unofficial name “Venice of Mexico”. 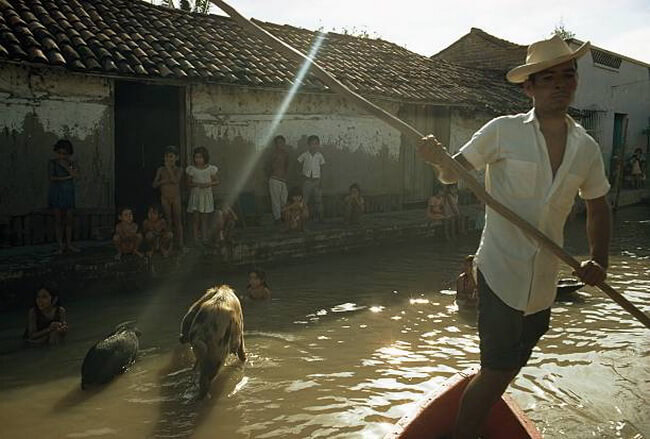 During the rainy season, the streets of Mescaltitan look like this

In addition, parallel to the coastline of the island runs a single ring road, which, incidentally, is called Venice (in the original Venecia).

The island is almost circular in shape and has a maximum size of just under 400 meters. 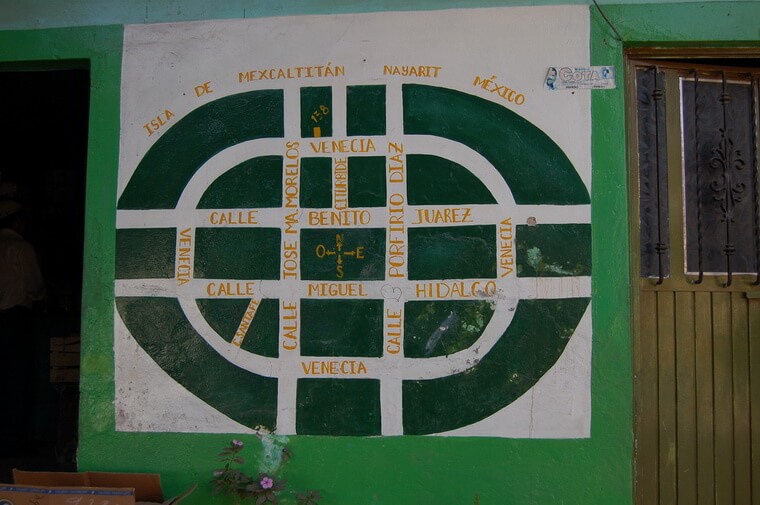 Diagram of the island of Mescaltitan

The history and legend of the island

There is little historical information about the island. Usually, the history of Meskaltitan Island is associated with an ancient legend.

The island and the village located on it are considered the birthplace of the Aztecs, the legendary city of Aztlan. Legend has it that it was from here that the first Aztecs went on their long pilgrimage to found the city of Tenochtitlan (modern-day Mexico City) in 1091. And they did not get there until several centuries later. Tenochtitlan was founded only in 1325, and after the Spanish conquest it was called Mexico City.

One of the first historians who believed that Aztlán was connected with the island of Mescaltitan was Alfredo Chavero. He suggested as early as the late 19th century that the island was the foundation of the Aztec civilization.

In addition, one of the geographical maps of 1579 indicates that Aztlan is located on the island of Mescaltitan. But perhaps this is just an assumption of the ancient cartographers.

The name Meskaltitan has several meanings. One is “home of the moon” and the other is “land of herons”.

An interesting fact – A century ago, some foreigners shot herons here. Their feathers were used at the time as an adornment of fashionable women’s hats. Naturally, the locals did not like it, and there was friction with the outsiders.

These days, the Mexican town on the water is a fishing and tourist island. The locals mostly fish and shrimp in the nearby wetlands. They go fishing in small boats in the evening to return at dawn with their catch. During the day, the shrimp are dried on raised sidewalks. 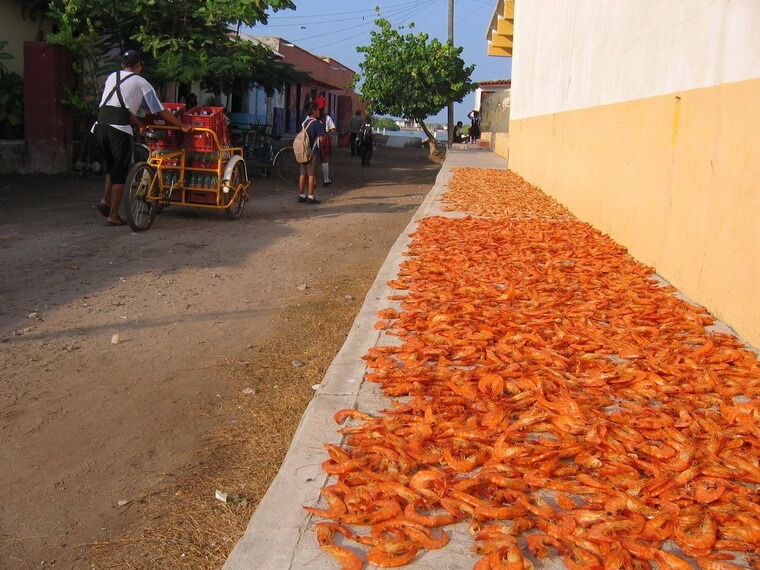 This is how the shrimp are dried.

In addition, such high sidewalks protect houses from flooding during the rising waters. 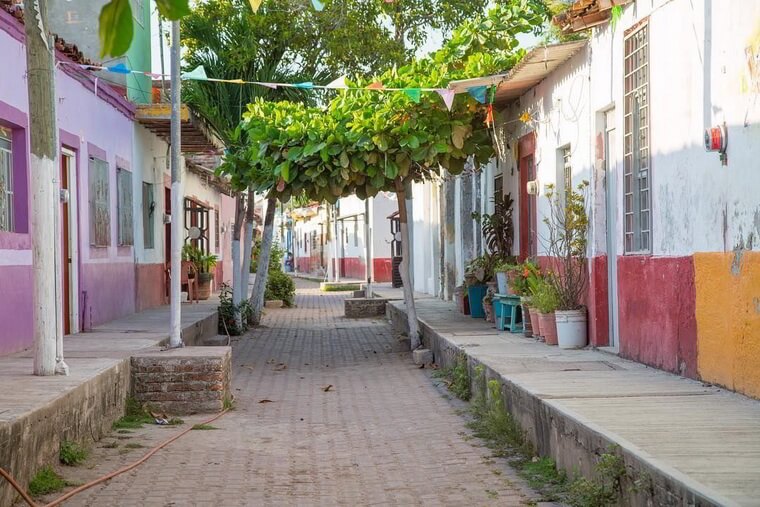 High sidewalks in the village of Meskaltitan

The only hotel on the island is the Hotel Ruta Azteca. The canoe trip around the island takes about 30 minutes and provides great views for photos. Despite the modest size of the island, it has its own soccer field (in the northeastern part of the island). It is remarkable because it is often submerged in water, and the local children race a ball almost knee-deep in water. This is practically a new sport – “water soccer.

We recommend reading about the interesting stadium Henningsver in Norway. It is located on a small island among the rocks.

An unusual race of the island of Meskaltitan

Every year on June 29, the villagers organize an unusual holiday and regatta. On this day, the village streets are decorated with paper flags.

The apotheosis of the holiday is the race of two canoes, which are also generously decorated. A statue of St. Peter is mounted on one and a statue of St. Paul on the other. All the other boats are filled with spectators. 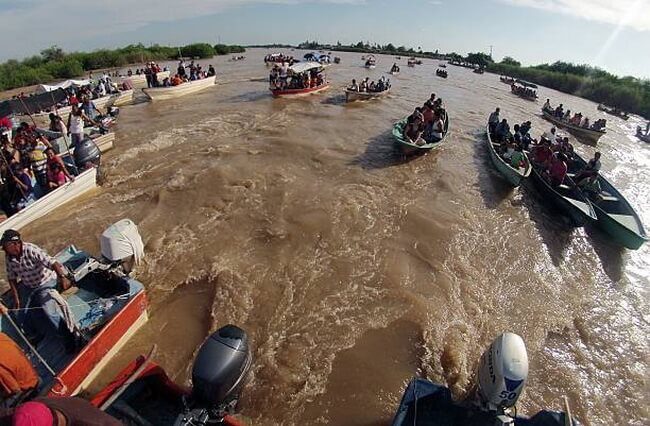 The competition is actually between the two family clans of the island. The Ortiz family is responsible for the St. Peter canoe, the Galindo family for the St. Paul canoe.

Statues of the two saints are taken from the local church and are ceremoniously placed on the boats.

A priest is present in each canoe, in addition to the athletes and the statue of the saint, to ensure a fair competition.

The race begins from the middle of the lagoon after a short religious service in which priests bless the lake and pray for abundant catches of shrimp and fish over the next year. The canoes with spectators then part and the race begins.

It is worth noting that nowadays canoes take turns to win. That is, it is predetermined whose family will win the race.

This is done to prevent violence during the race. Previously, during the races, there were occasional violent clashes between the two teams, which only overshadowed the festivities.

After the safe conclusion of the regatta, the festivities on land continue until deep into the night. 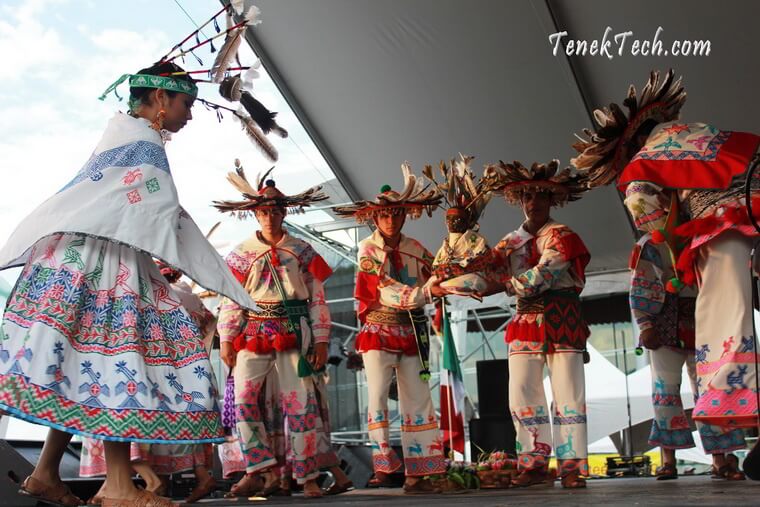 The island can be reached by boat from the pier of La Batanga (Embarcadero la Batanga). It is located 3 kilometers south of the island. You can reach the pier by road No78.

The second way is from a small pier 500 meters west of the island. It can be reached by taking the country road south of the road Nayarit El Tamarindo Santa Cruz. 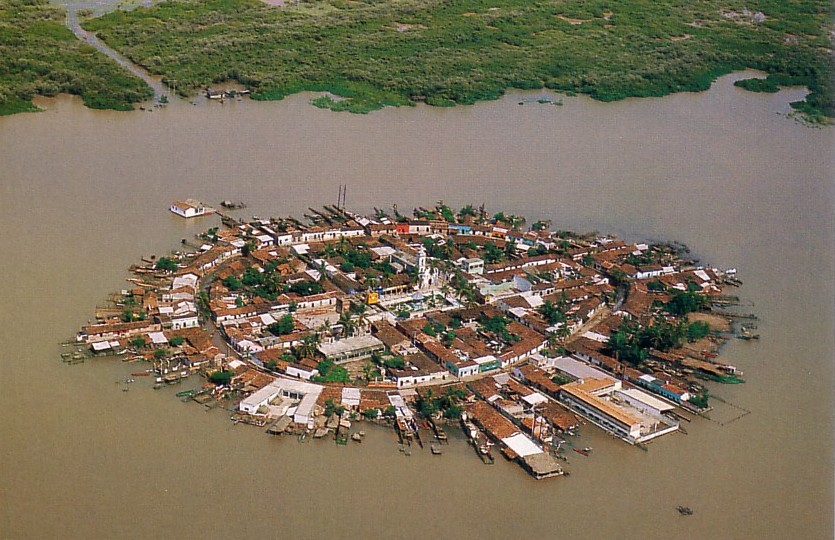 Mexcaltitán (Spanish: Mexcaltitán, full name Mexcaltitán de Uribe) is a village in Mexico, state of Nayarit, municipality of Santiago Izquintla, located on the island of the same name.

Mexcaltitán is not just a picturesque island town with a population of 2,000. Archaeological excavations have shown that Mescaltitan may have been the site of the legendary ancient city of Aztlán (“land of the herons”), from which the Aztecs, who called themselves “meshika” (May-Kshee-kah), traveled south to the Valley of Mexico in 1091. 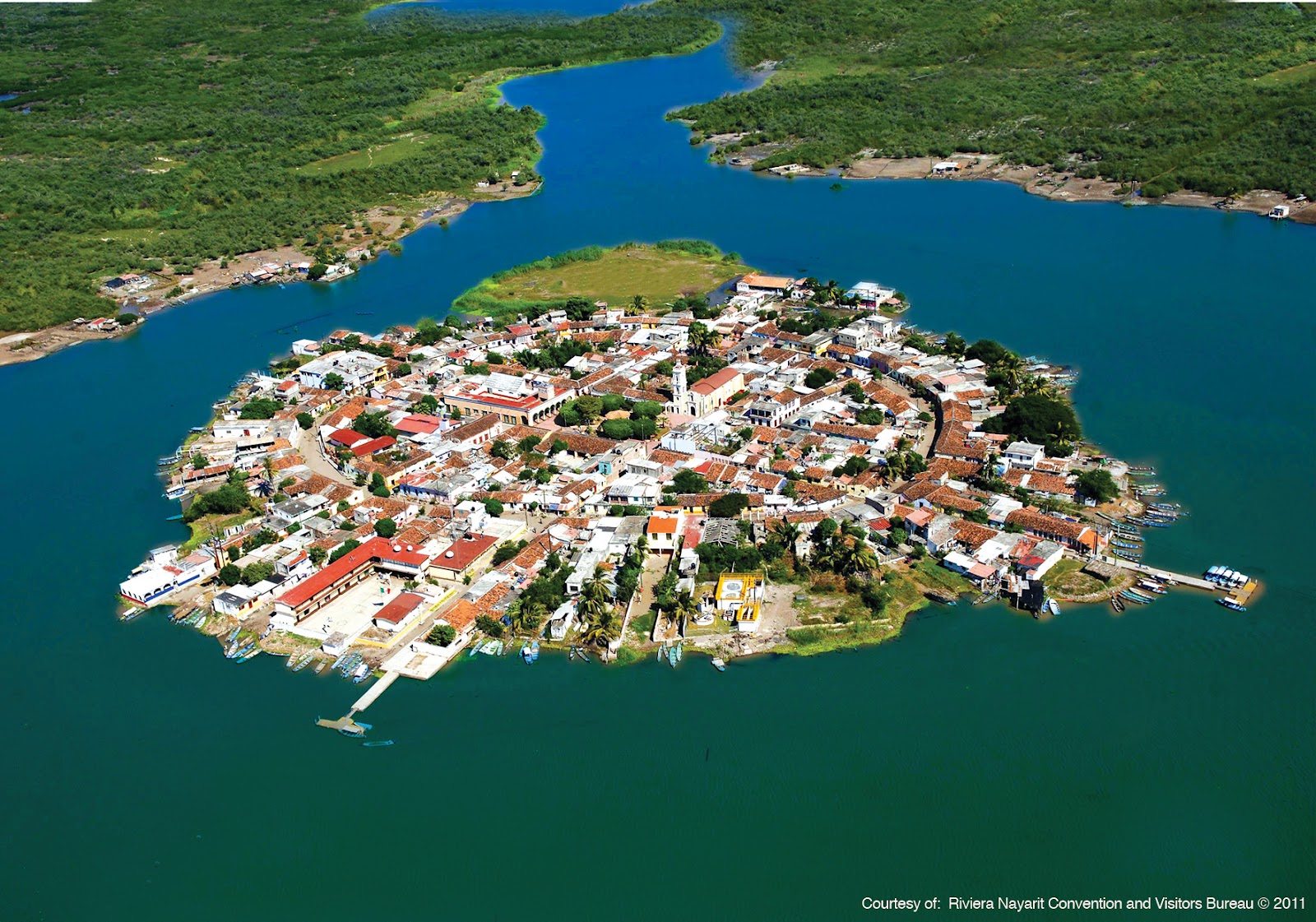 Every year on June 28 and 29 the town hosts a grand carnival in honor of Saints Peter and Paul. During the festival, residents of Mescaltitan and the surrounding villages dress up in costumes made from jaguar skins and decorate their hair with brightly colored feathers, continuing the traditions of their ancestors. The beginning of the shrimping season is celebrated by the townspeople with a large regatta of ships decorated with images of St. Peter and St. Paul. 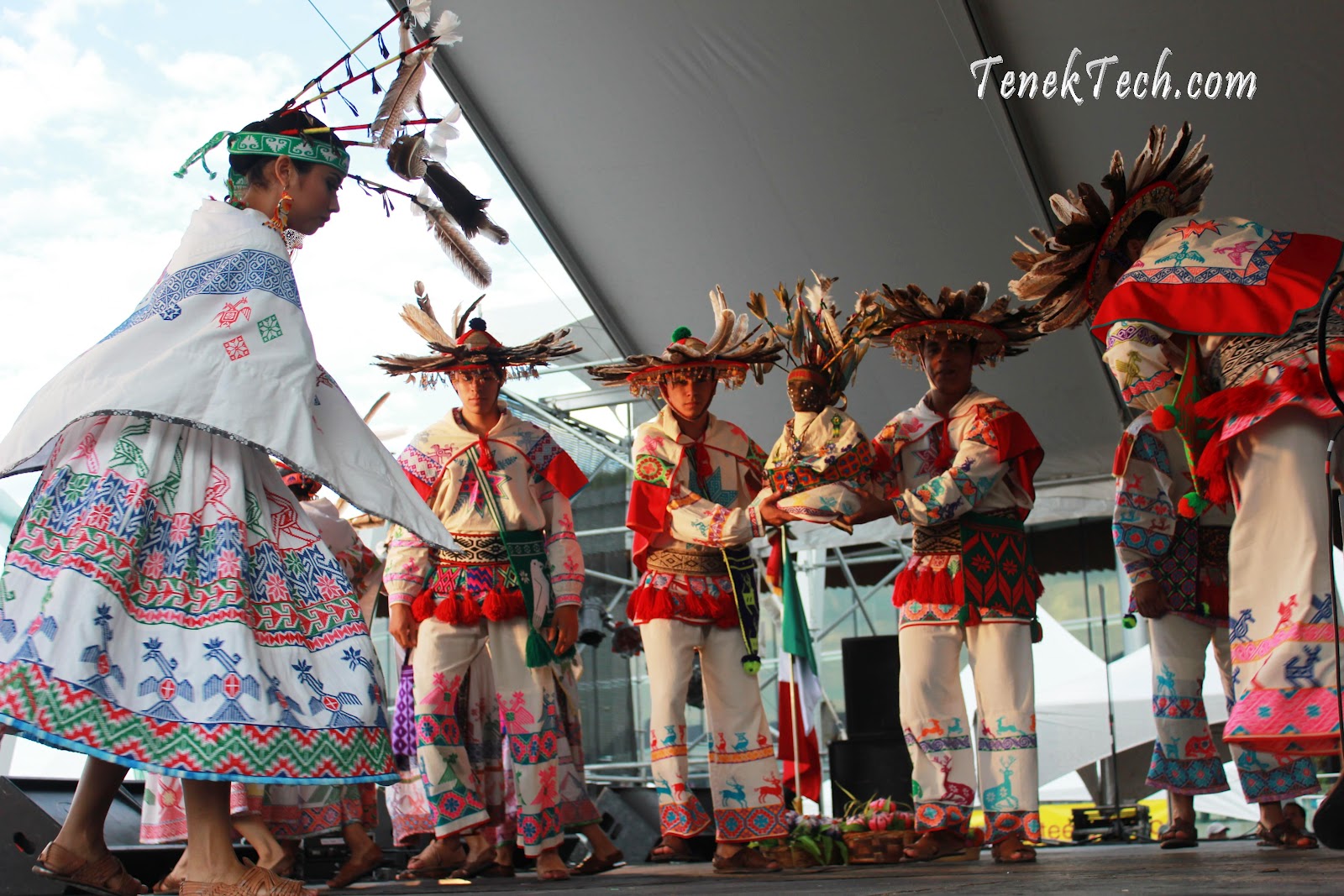 According to the version, which has not received sufficient scientific evidence, Meccaltitan is the legendary Aztlán, the ancestral home of the Aztecs, from where they set out in 1091 in search of a better place to live and settled in a thousand and a half kilometers – in Tenochtitlan (modern Mexico City).

According to one legend, the Aztecs camped on the island during their long journey to the Promised Land. However, no Aztec artifacts have been discovered during excavations on the island. 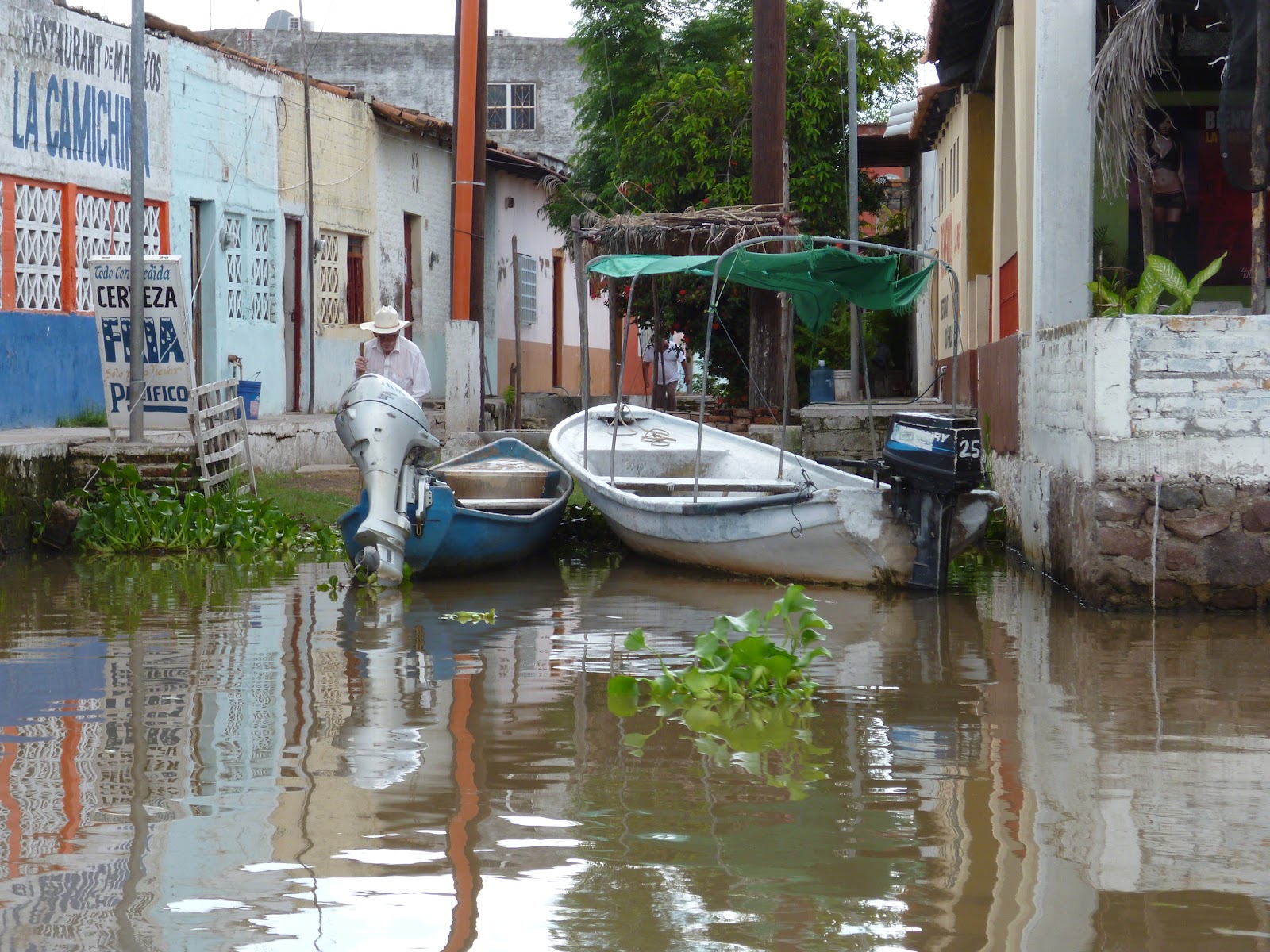 Mexcaltitán de Uribe is a small town in the Mexican state of Nayarit, on an island of the same name off the Pacific coast of Mexico. It is said to be the birthplace of the Aztec civilization. 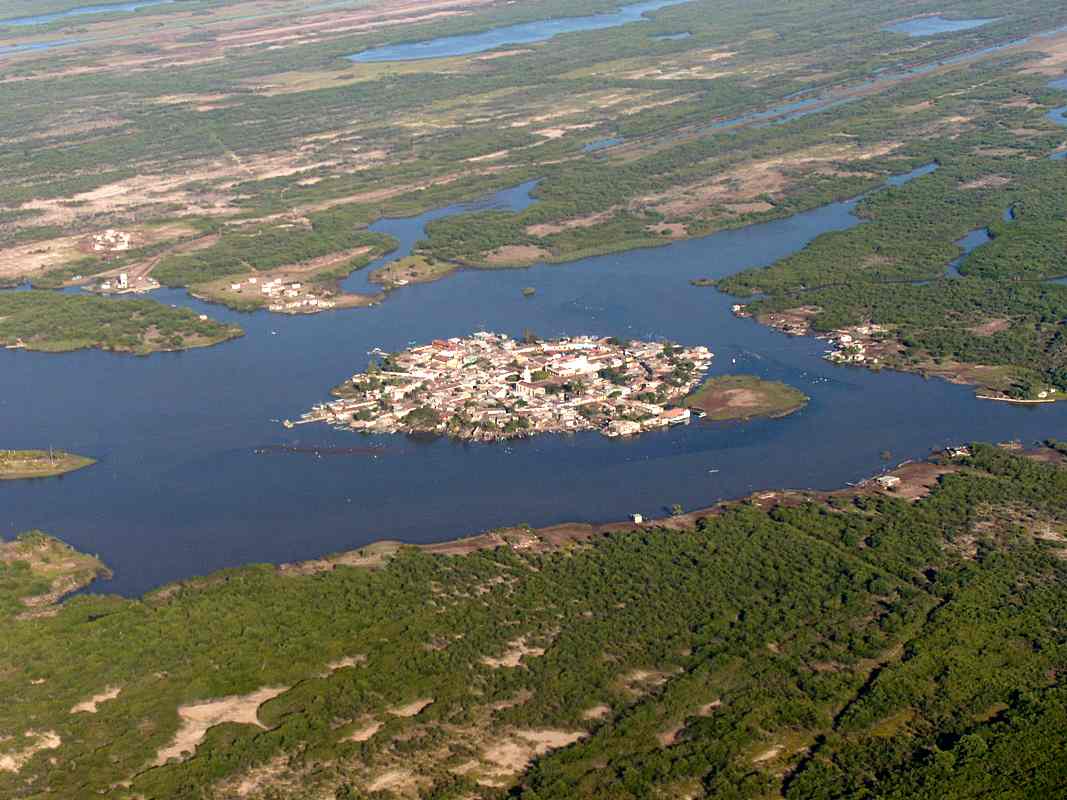 The island is less than 400 meters in diameter. 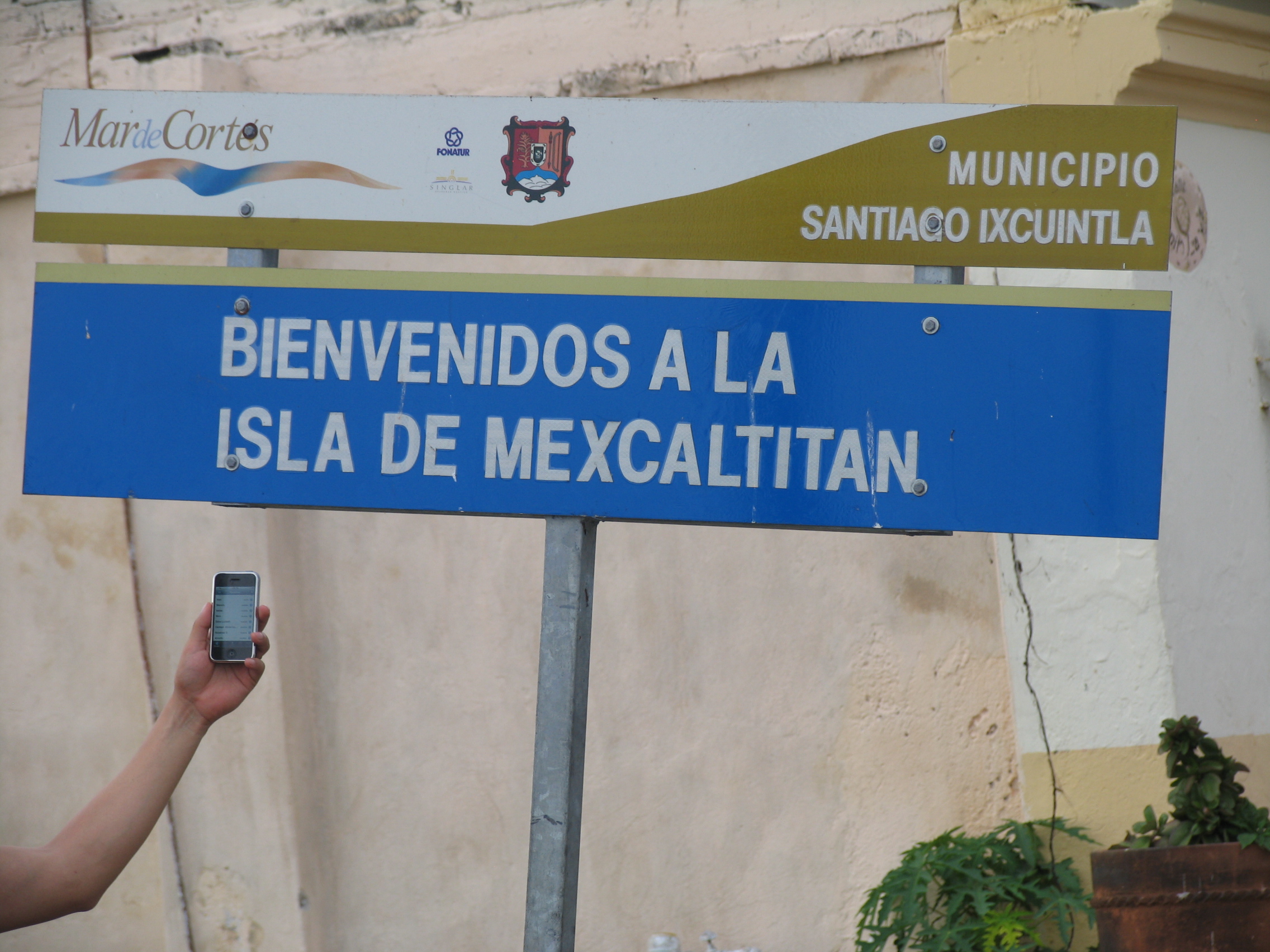 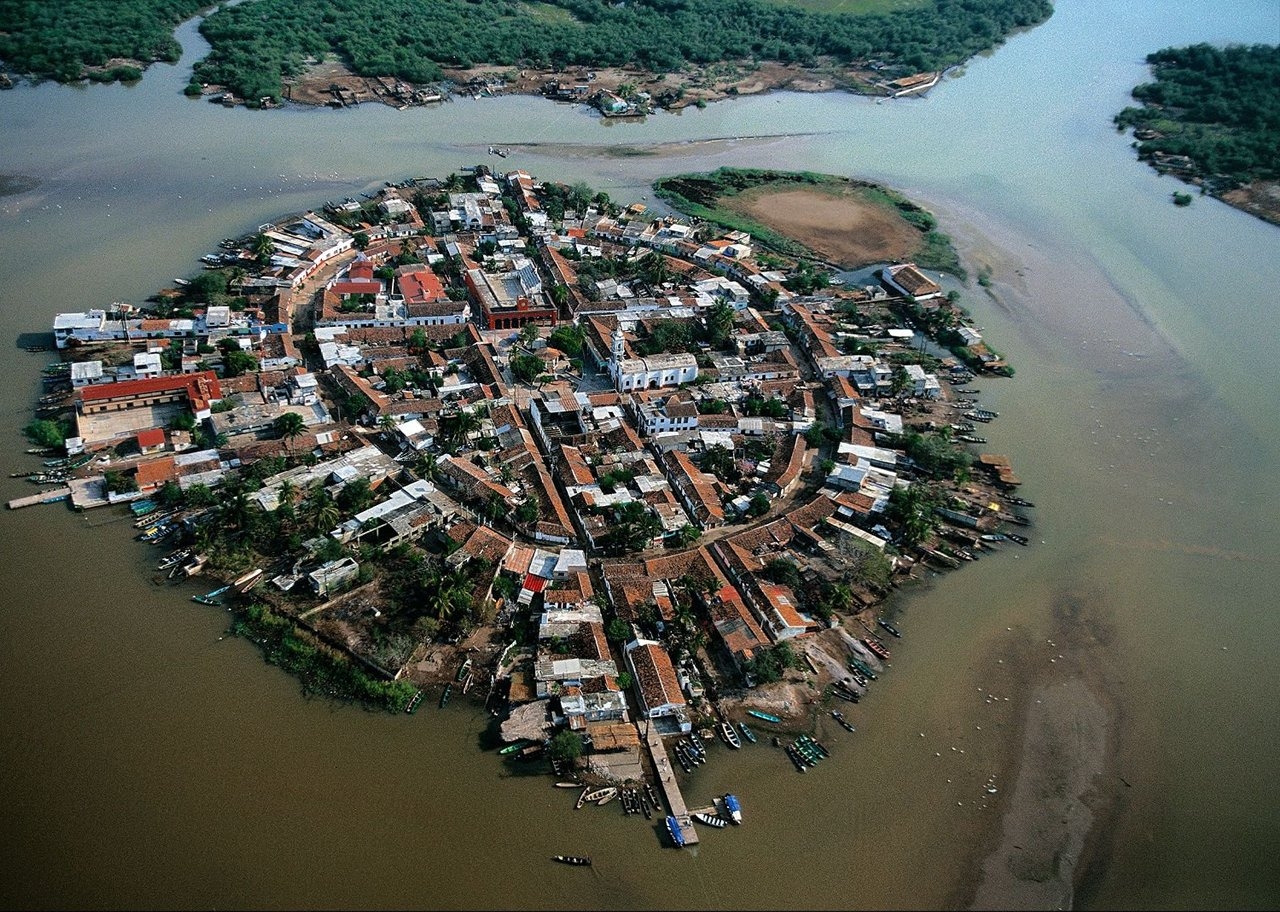 Mescaltitan is located in a swampy area. It is surrounded by numerous canals formed by mangroves. 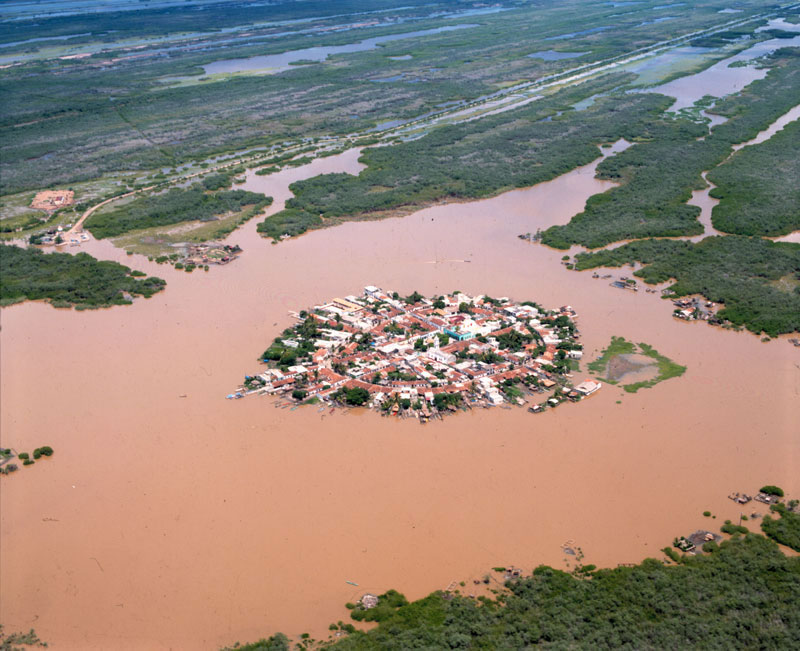 The rainy season lasts from August to September. During this time, the streets of the town turn into canals.

According to one version, Mescaltitan is located on the site of the ancient city of Aztlán, which was the cradle of the Aztec civilization. It was from here that they migrated south in 1091 and founded the settlement of Tenochtitlan (present-day Mexico City). 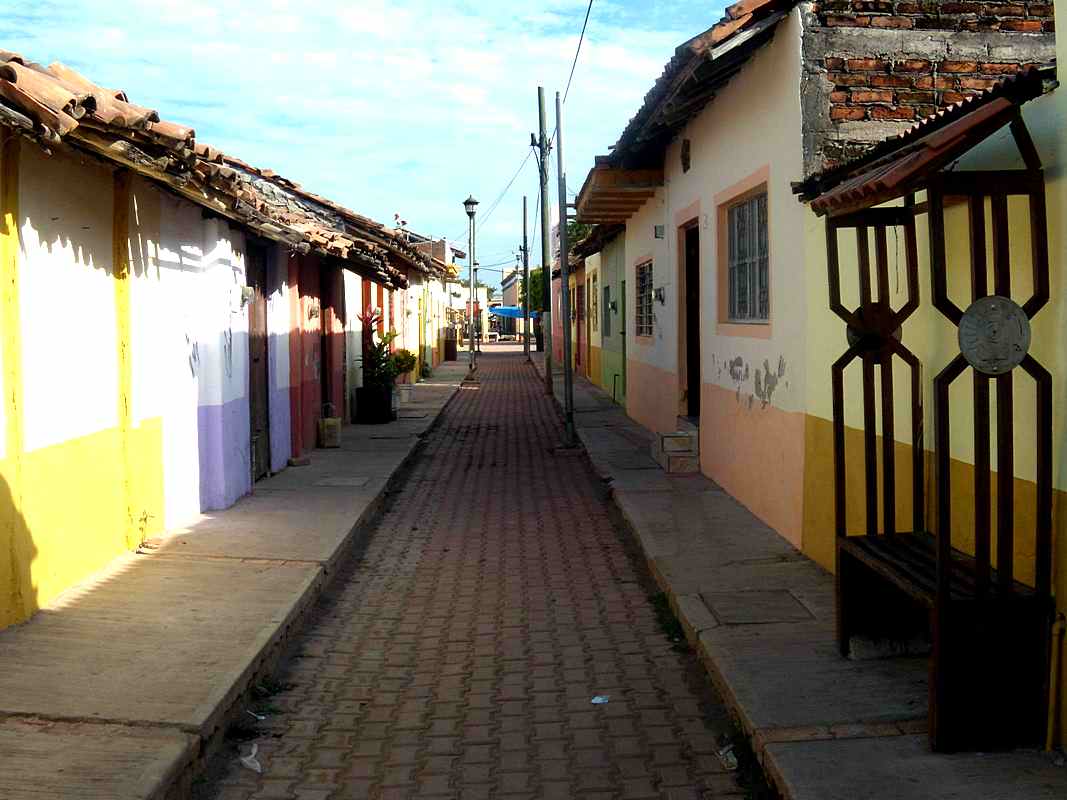 Legend has it that the Aztecs settled on the island for the night during their long journey.

Nowadays, all the inhabitants of Mescaltitan fish for shrimp.

During the rainy season, the streets of the city are flooded, and residents move through the streets by boat.

It is noteworthy that there is no crime in the town, nor is there any tourist infrastructure. 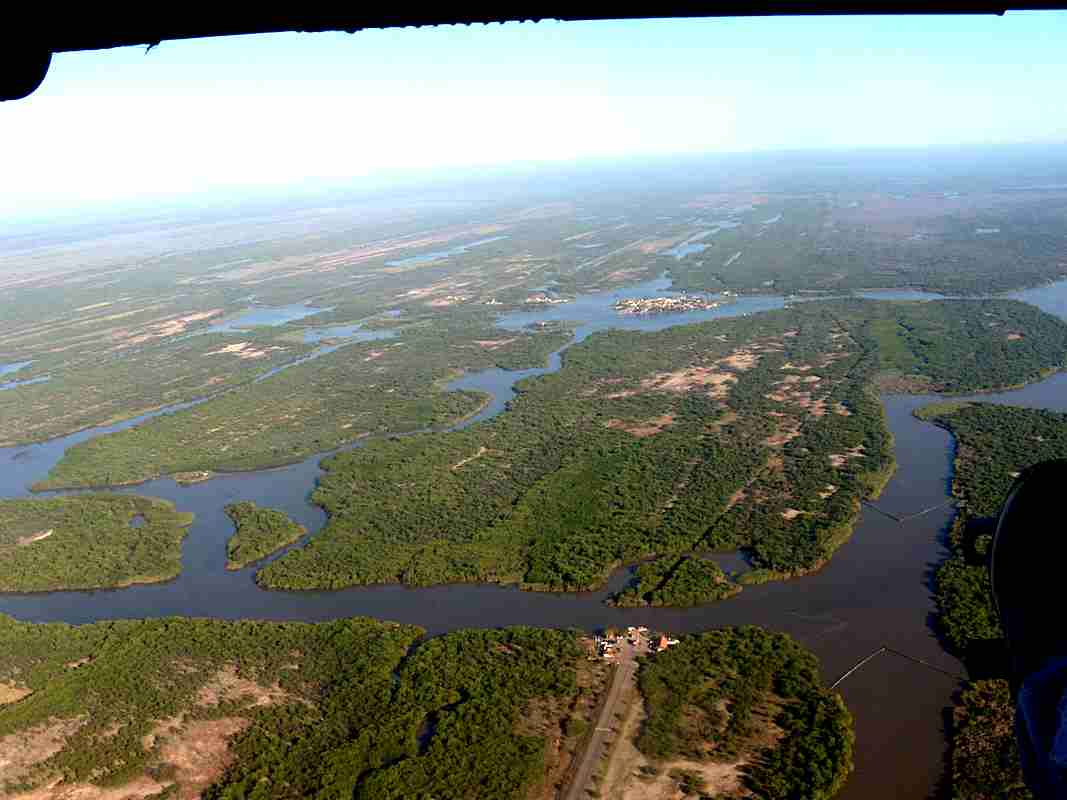 Mescaltitan is located about 32 km northwest of Santiago Ixcuintla, which can be reached by taking the country road from San Blas or Highway 15, turning 60 km north of Tepic. After the turn about 8 km you will see the town of Santiago Incuintla with a small hill on your right. 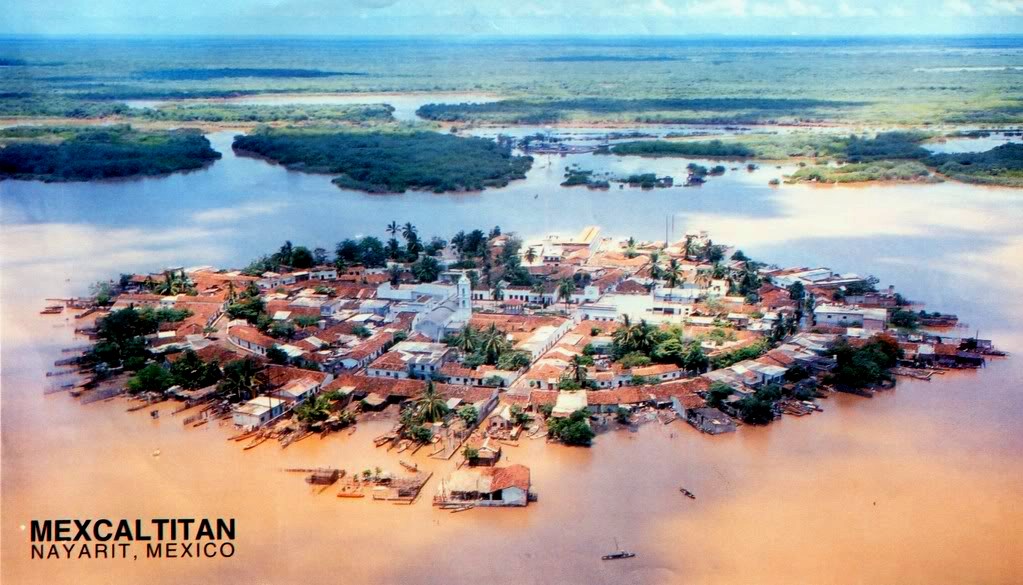 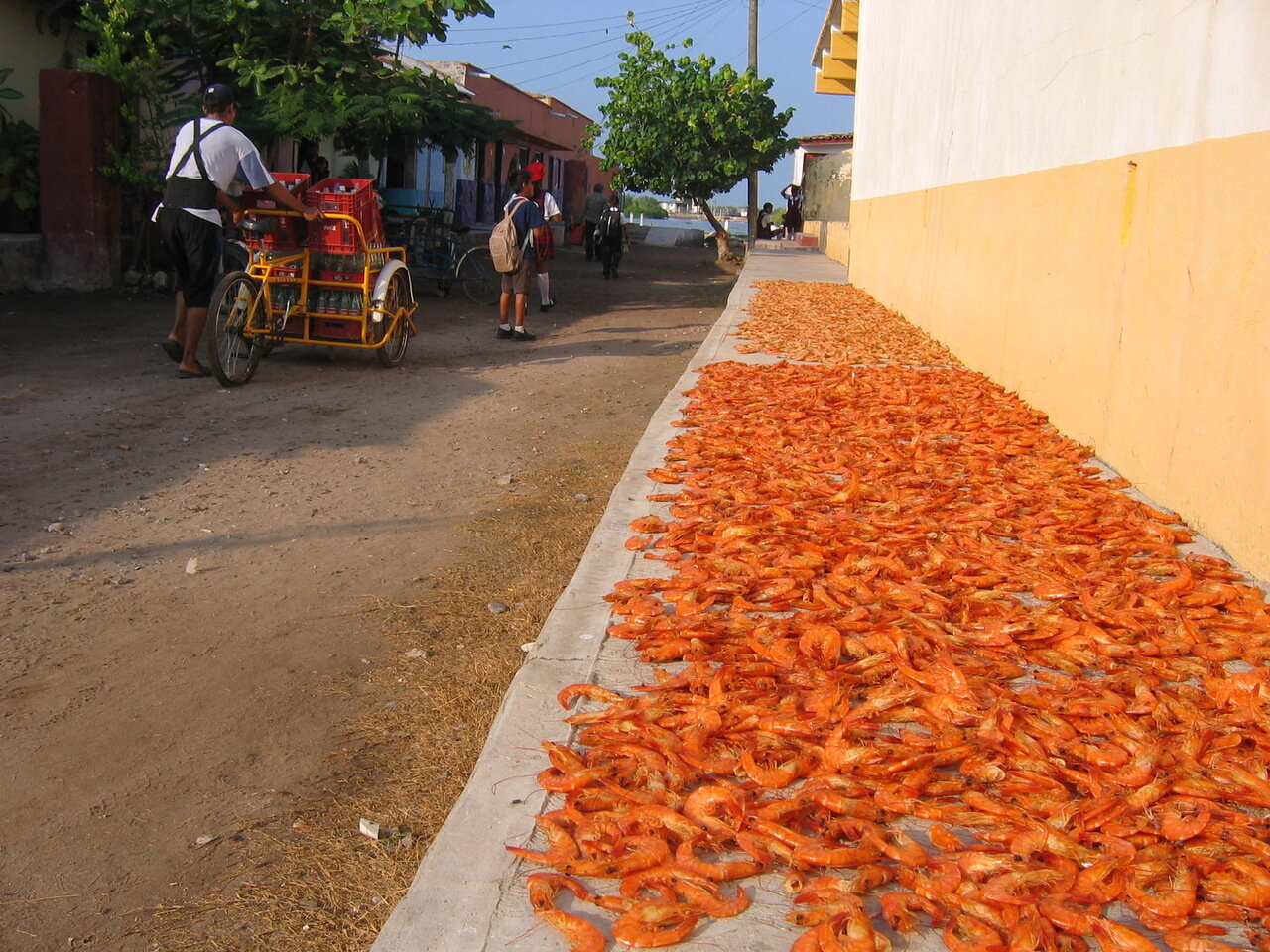 After passing the hill, turn right and you will find yourself on Calle 20 Novembre, the main street of the city, passing through the central square. The main road that leads to the west runs through the street. Follow this road for 8 more kilometers until the sign says “Turn to Mescaltitan”. Here turn right and drive forward past the Aztlan base (the site of the experimental missile center of Meskaltitan). Then you enter a maze of scenic lagoons with mangroves that are home to colorful singing waterfowl. After a 24 km bend you will reach the pier, from which you can paddle to Meskaltitan.

READ
The Bacalar Lagoon is a tourist and pirate's paradise. 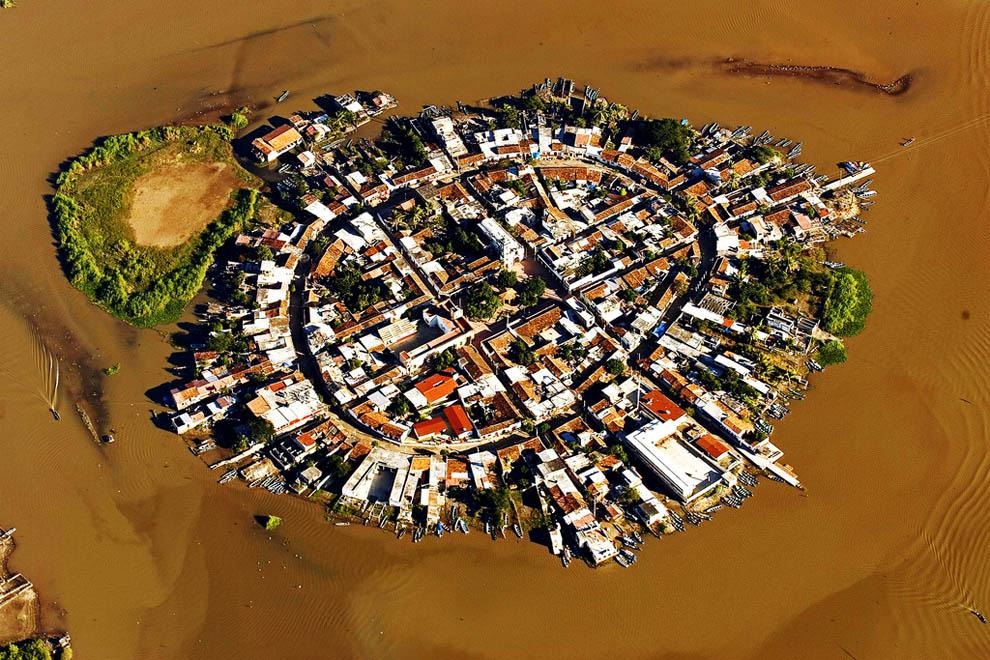 Note: Meskaltitan can also be reached from the northeast by taking Highway 15 (219 km) from Masatlan south. At the “turnoff to Meskaltitan” sign near the gas station 6.5 km south of the village of Chilapa. The road was originally tiled, but the other half of it is now graveled, passing through a marshy area. Here you will see Mexican lotus flowers and flocks of white herons and cormorants. After traveling 45 km this way you will finally reach the pier of La Ticha. 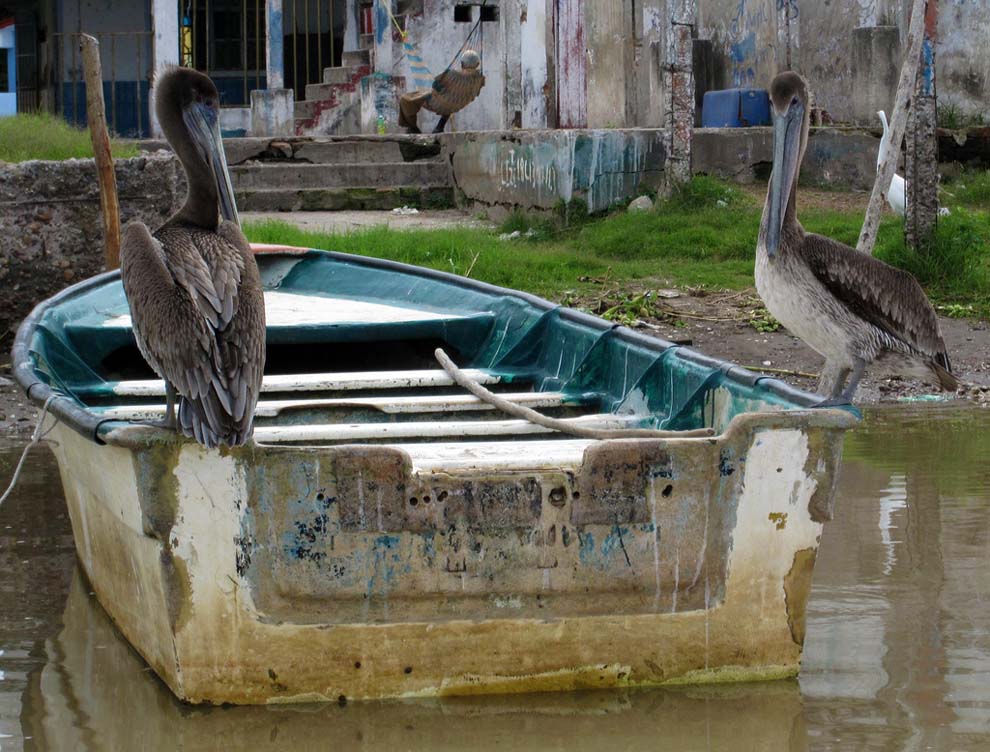 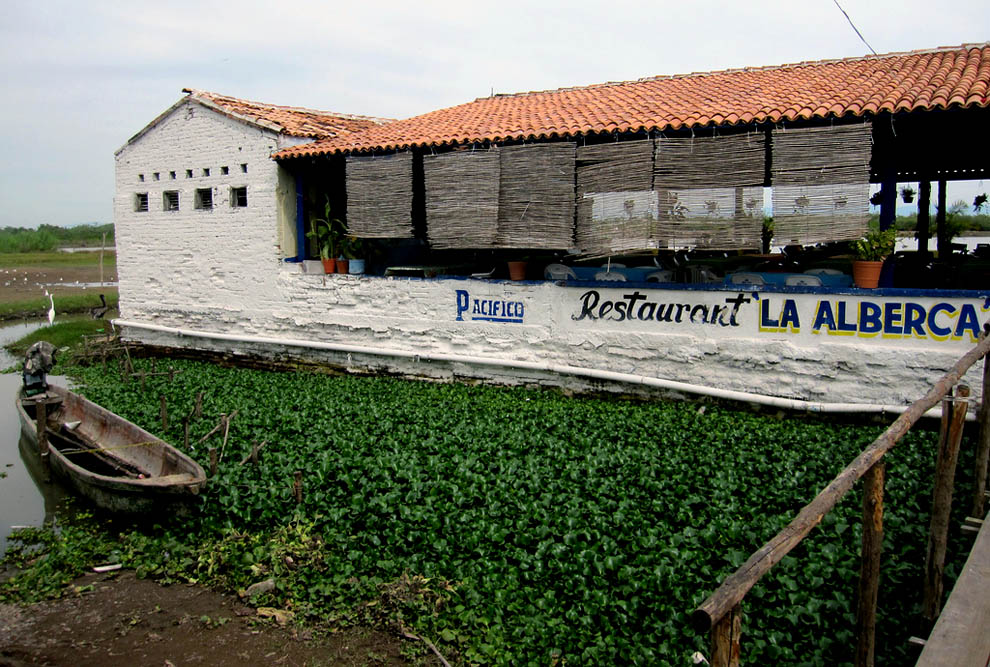 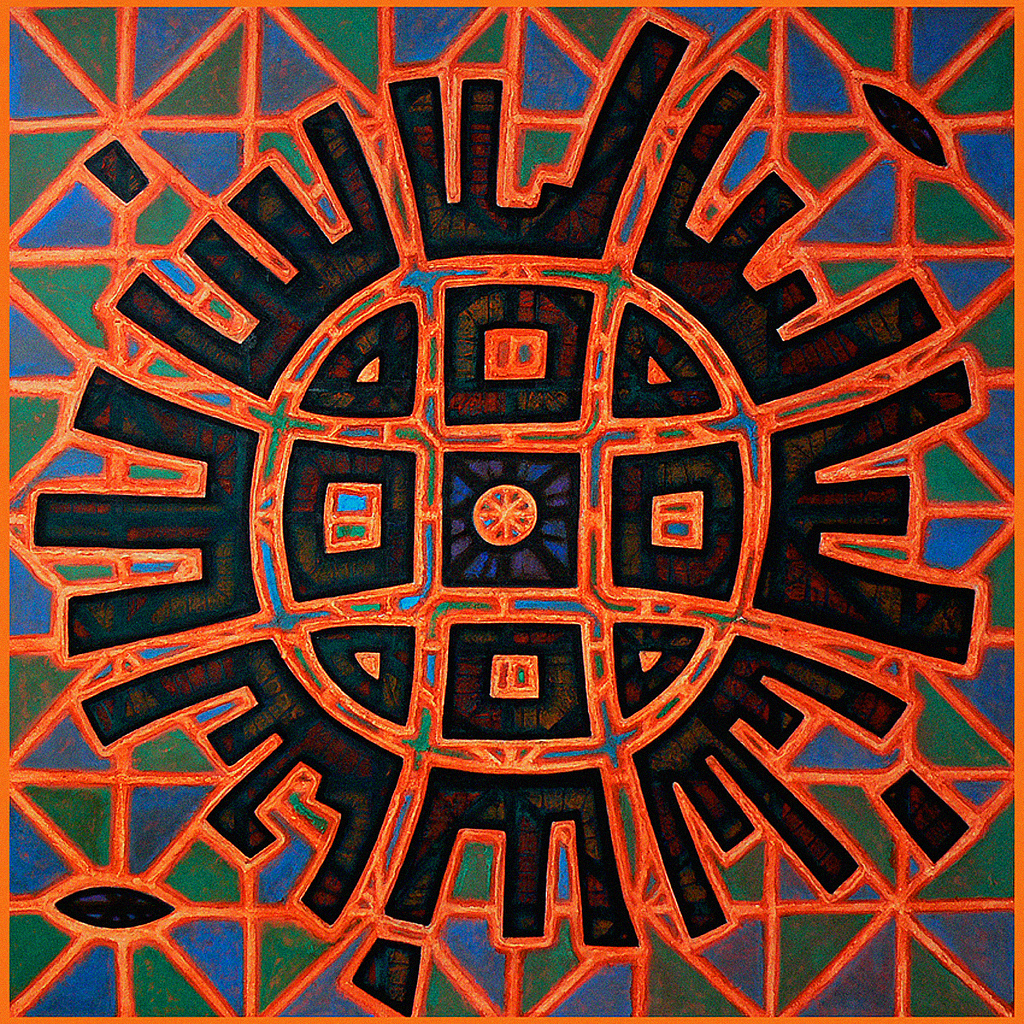 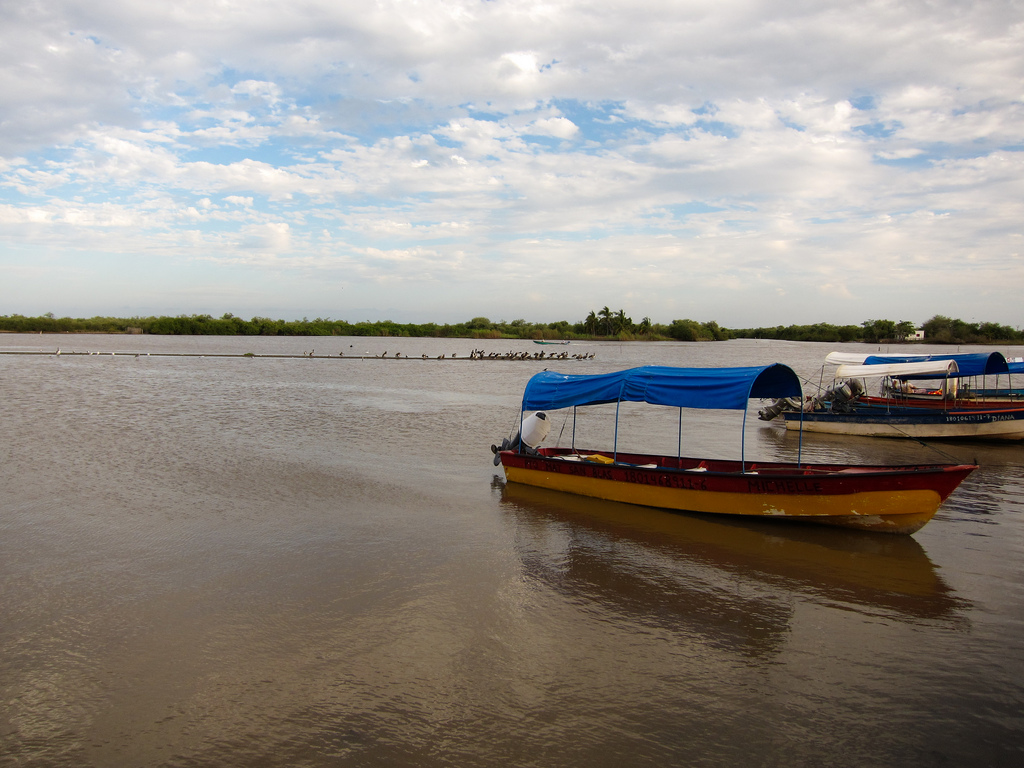 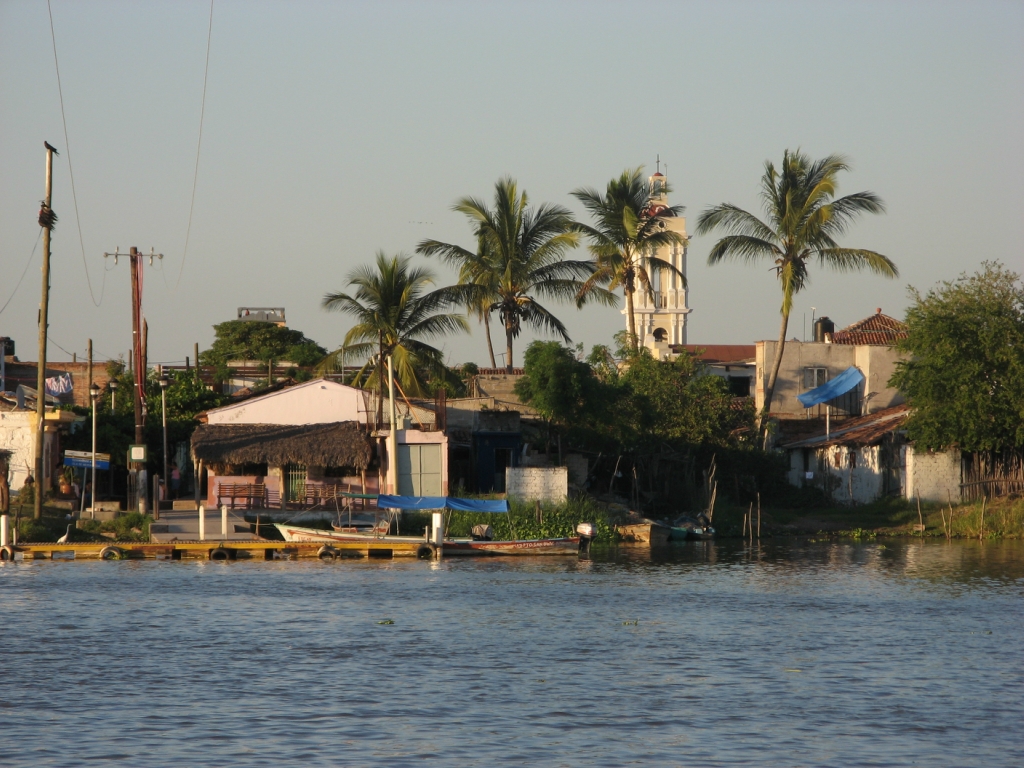 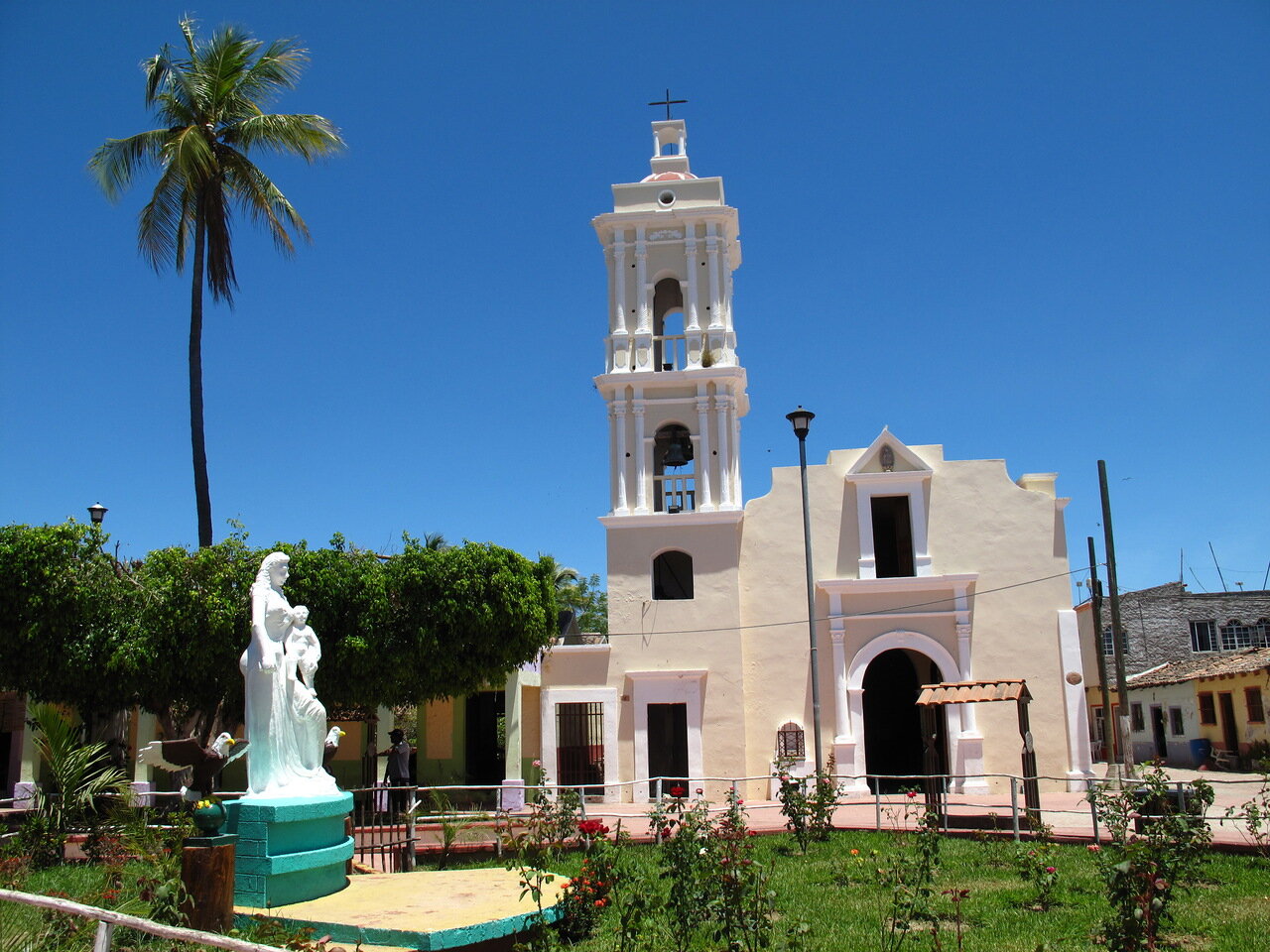 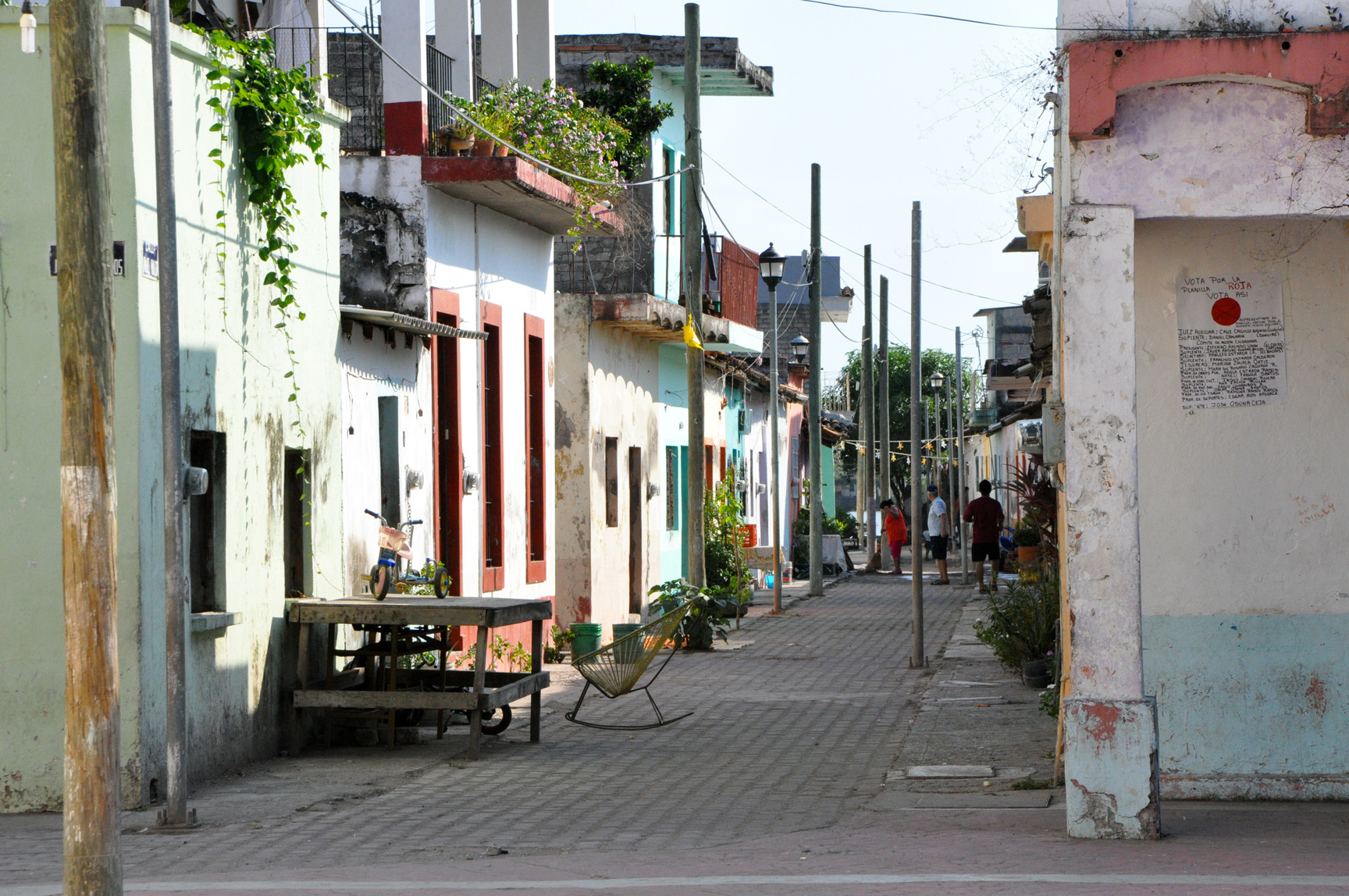 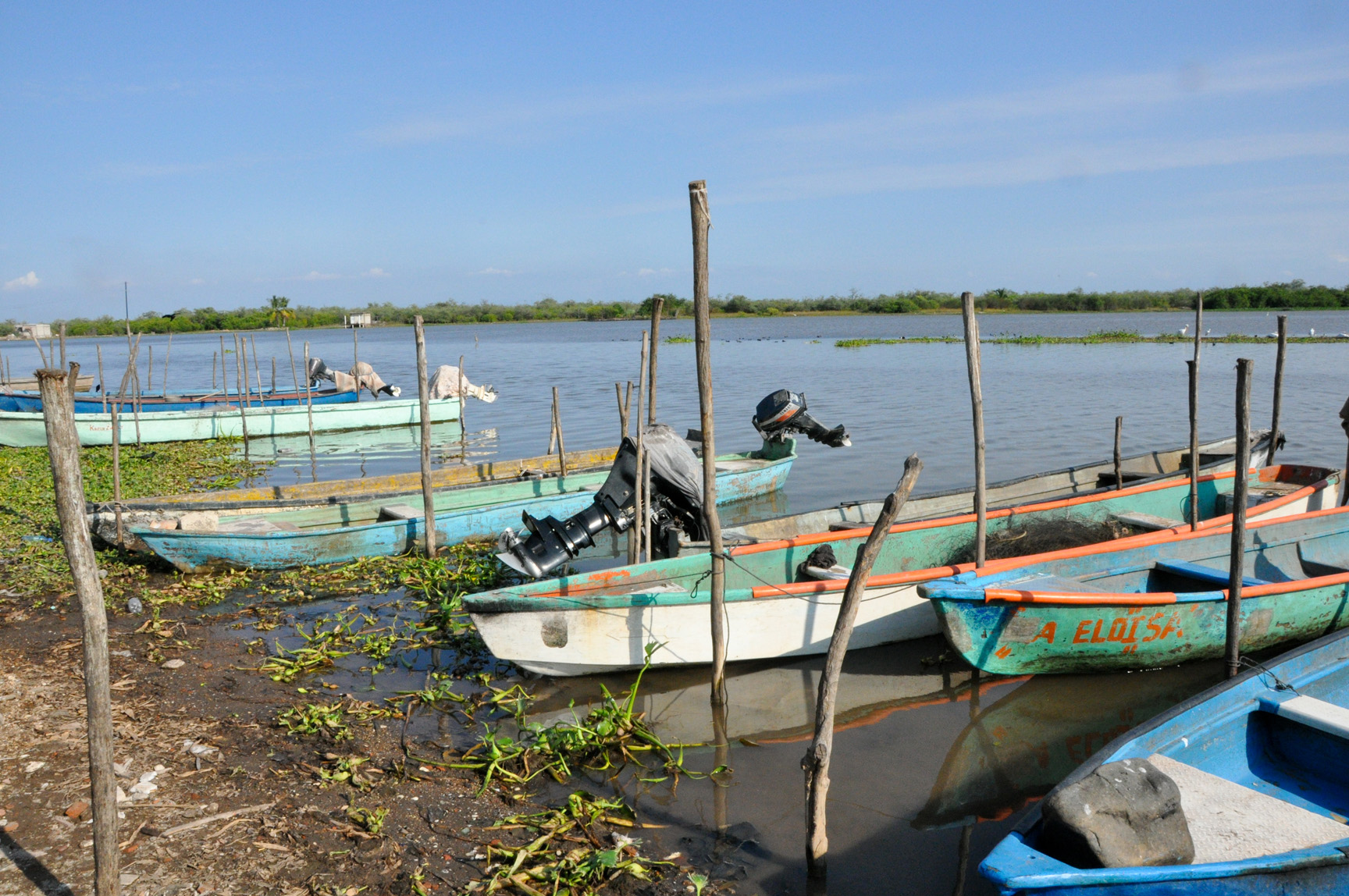 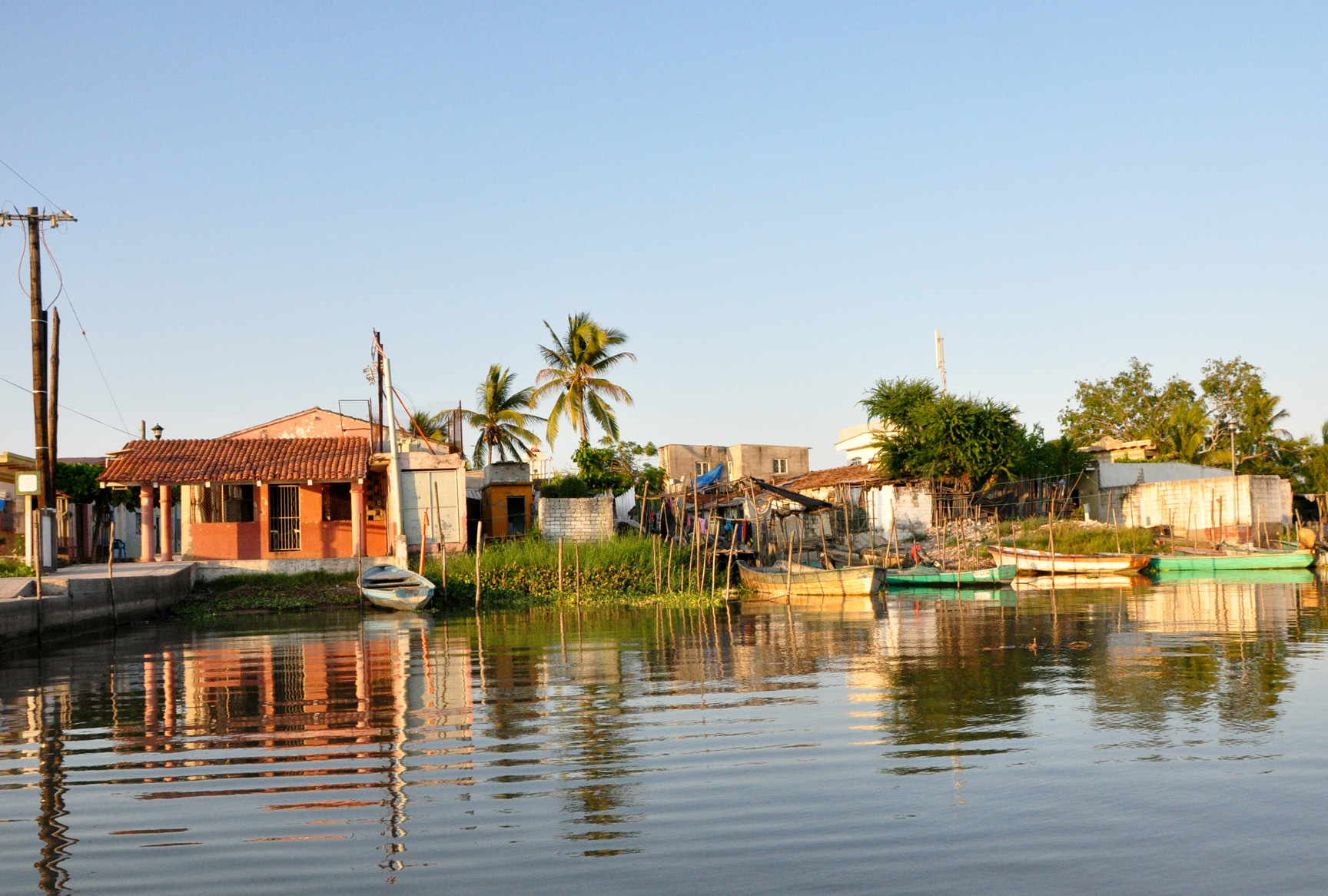 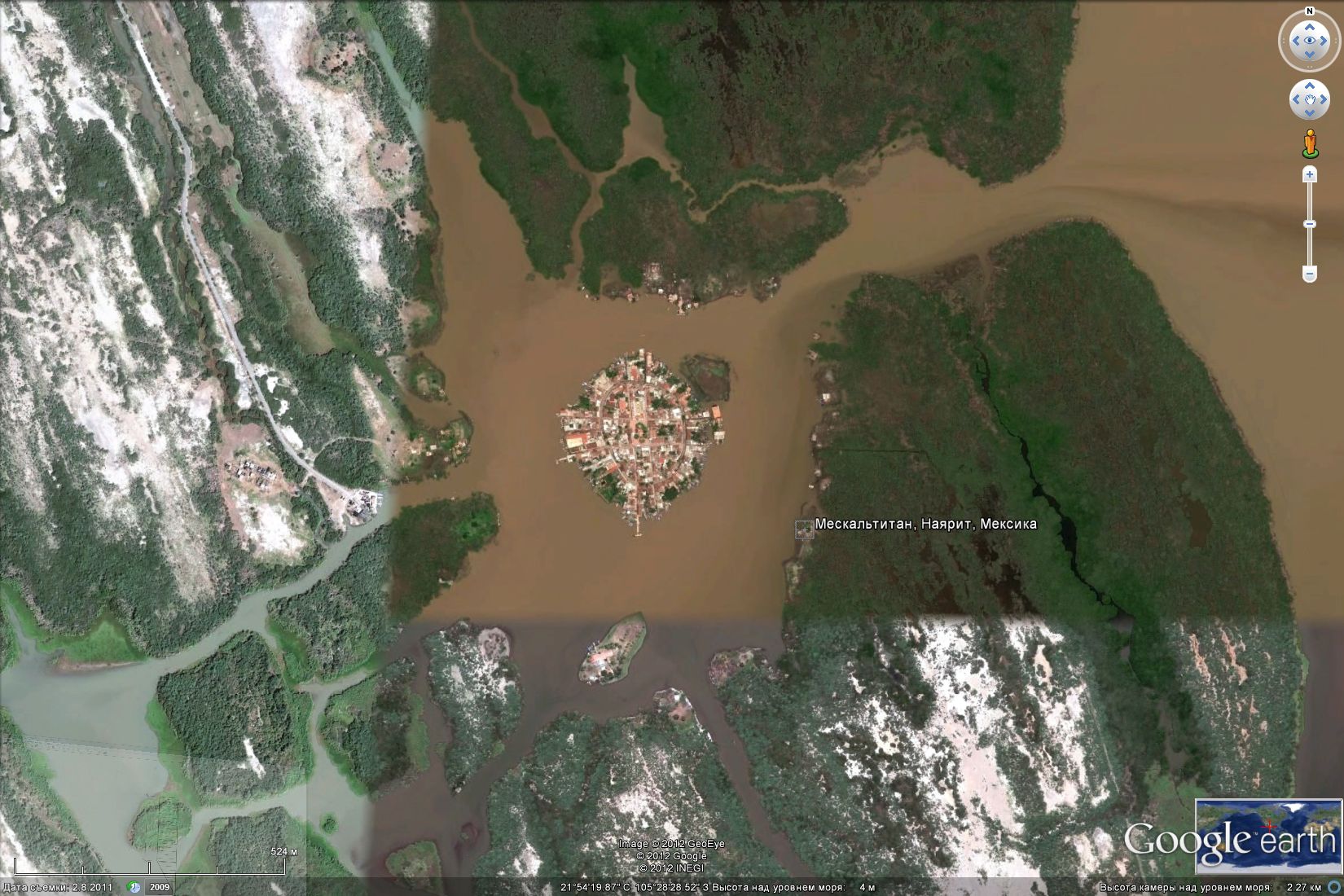 You can also see the star cities on the water: the Naarden City and the Bourtange Star Fortress.