Myanmar is a charming country in Asia, located in one of the most beautiful places of the Indochina Peninsula. In the republic, nature has created an amazing landscape that combines beaches, mountains, and jungle. Summer which is all year round in the republic, the unique nature which fascinates, the unique climatic conditions in a combination to a coastal strip of beaches – all this makes the resorts of Myanmar attractive. There are a lot of beaches for recreation in the country. The choice is quite extensive, so the resorts are mostly located along the coast. The most famous resort locations in Myanmar are: Mandalay, Ngapali, Yangon, Inle Lake, Ngwe Saung.

Myanmar is a beautiful, mysterious country in Asia, and the combination of natural, cultural, historical and national features, makes the republic itself an attraction in its own right. In the capital and its environs, there are plenty of attractions. The main interest are pagodas: “Yele Paya”, “Shvemodo,” “Shvemokto,” “Settaya Paya”, “Pyagyi” and “Bebe Paya”, as well as the statue of the reclining Buddha, a height of 55 meters. Unusual is the historic town of Pagan. Not far from it is Popa-Daung-Kalat – a sacred mountain, on top of which a monastery is built. Mrauk-U is an ancient city, notable both in itself and the temple “Shittaun”. Inle Lake – known as the “lake of floating gardens.

Myanmar, as an exotic country of interest for tourist travel and seaside vacations, has a variety of hotels to accommodate tourists in sufficient numbers. Depending on the preferences and desires, as well as financial situation, guests of the republic are offered rooms in hotels of different levels of comfort. Typically, most hotels are concentrated in administrative centers of the state and resort areas. “Nikko Royal Lake, Guest Care Hotel, Bayview Beach Resort, Grand Plaza Park Royal, Sedona Hotel Mandalay, Hotel Savoy, Ngapali Beach Hotel, Sandoway Resort, Aureum Palace Spa & Resort – hotels, which will hospitably welcome and provide comfortable accommodation and service to guests of the republic.

As a rule, in a country like Myanmar, there is always something to see and where to go to spend time. Vacationers at the resorts of the republic, at hotels, and not only, are always offered a wide range of leisure activities. Since most of the resort areas are located in the coastal zones, you can always spend time at the water attractions and all kinds of marine entertainment. In addition, visitors to restaurants, cafes and bars, culinary masters will offer to enjoy the local cuisine and drinks. The main leisure in Myanmar is a fascinating journey through a country full of exoticism, and there is always something to see, if only there is enough time for everything.

READ
Dominica, Commonwealth of Dominica, State in the West Indies

Myanmar has historical, cultural, national, natural and archaeological treasures. Much of this can be seen by visiting the country’s museums. Any of the museums are, without a doubt, interesting for their exhibits. “The National Museum is located in Yangon. There will also be curious to look at the “Jewel Museum and Market”.

Bagan will enrich the experience of visitors to the “Archaeological Museum”, and in the city of Mandalay, at least, the “Royal Palace” will arouse admiration. Besides that, many architectural and religious constructions, as well as natural treasures of Myanmar, are of museum value in its essence.

Transportation in Myanmar is available in all forms, including exotic ones. To move around the city, the local population uses bicycle rickshaws. Bus service is quite popular, well-developed, and not expensive in cost. Rail services are available throughout the country. Trains, along with buses, are one of the affordable and versatile ways to get around Myanmar. Mingaladon Airport in Yangon City, the only international air port. There are a total of nine airports in the country that serve domestic air travel. Thanks to navigable rivers, water transportation in Myanmar is quite convenient and well developed.

Myanmar is not a wealthy country in Asia, with a fairly low standard of living. Agriculture is the main branch of economy. Infrastructure of the state is underdeveloped. Railway service is outdated and requires modernization, and there are few paved roads. The economy of the state is underdeveloped. Its significant sector is the extraction and sale of precious stones, which are unique in their qualities and characteristics. Tourist business is a perspective sector of Myanmar’s economy, and the government is trying to develop it. The country is also developing water and air international connections.

Myanmar (Burma) is the country located on the Indochina peninsula. The republic is divided into seven regions and seven states. The capital is the city of Nay Pyi Taw. The city is relatively young as the “capital of the country,” since it was named the capital not so long ago, in 2006. Previously, the “main city” in Myanmar was Rangoon (Yangon). It is quite a large city located near the coast.

Pyinmana, another city of the republic. It was also considered as a potential successor to the capital.

The most significant and major cities in the state are as follows: Mandalay, Pegu, Bagan, Moulmein, Mounyua, Taungji, Basin, Akyab, Pyi, Myitkina, Loiko, Paan, Enanjaung, Akyab, Hakha, Heho and some others.

All about beach vacations in Myanmar

It is every person’s dream to have a good vacation. To realize the dream, you only need to choose the desired country. One such famous country where it is always warm is Myanmar. In winter it is very comfortable, the air temperature stays at +15 degrees. In summer, the heat can reach up to +41. All about beach holidays in Myanmar in 2022 we will tell in this article.

READ
Djibouti - the Republic of Djibouti state in East Africa

What do you need to know?

For those who first encounter such a word as Myanmar, it is worth noting that this is a state that recently had the name Burma. It is with the word Burma that tourists associate positive experiences and unforgettable beach vacations. 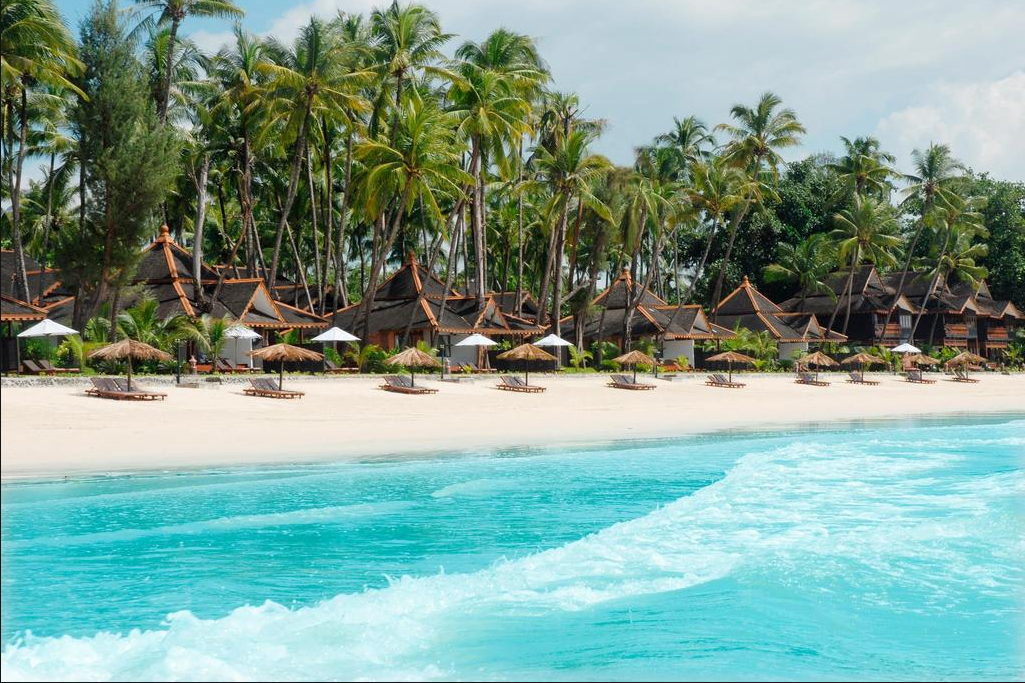 The state of Myanmar is located in northwest Indochina in Southeast Asia. Nearby are such countries as China, Laos, India and Thailand. The shores of the state are washed by the Andaman Sea and the Bay of Bengal. The size of the coastline has up to 2 thousand kilometers, this factor allows you to organize here an unforgettable vacation for tourists.

The country has a diverse topography, because one part is covered with mountains, and another – plains. But country’s peculiarity is that more than 65% of its territory is covered by tropical forests. This geographic location does not allow an increase in urban density. Most of the population lives in the coastal zone, which allows them to engage in fishing and tourism.

Myanmar on the map:

Nature in Myanmar is very diverse, as the large number of rivers and lakes make the soil fertile. There are places deep in the rainforest where nature is still untouched. Therefore, the vacation spot can be called not only exotic, but also extreme.

You can get to Myanmar by air or by land. Until 2013, Burma was only possible to get to Burma by plane, but after the borders with China, Thailand and India opened, tourists have many options and ways to get to Myanmar.

The air route remains the most convenient way for tourists who want to vacation in Myanmar in 2022. At the same time the ticket price is quite low, so from Bangkok to Yangon you can get for $25.

From Russia it is best to fly to Bangkok, Singapore, or Kuala Lumpur and then take a direct flight to your vacation spot. There are usually no flight delays, which allows for proper trip planning.

If you pave the way through India or China, the tourist will have to spend a lot more money, and get on a direct flight will be more difficult.

Before planning a tour to Myanmar, you need to apply for a visa. This can be done in several ways:

Getting a visa is a very simple action, because you do not have to collect a lot of documents, the only thing worth noting is that in the column “profession” you should not write “journalist”, because for people with this type of activity you have to fill out a lot of additional documents.

Traditionally, there are three seasons in Myanmar:

Budget holidays can be made during the rains. There are very few tourists during this season. If you do not seek to spend your vacation at the beach, you can freely visit Burma during this period. It compensates for the beach holiday full of excursions. Tourists will not be bored, sitting in a hotel room and contemplating the pouring rain outside the window.

This country has a large number of religious buildings. The unofficial name of Myanmar is “the country of a thousand pagodas”. Therefore, lovers of architecture and temples should definitely go to the city of Bagan. 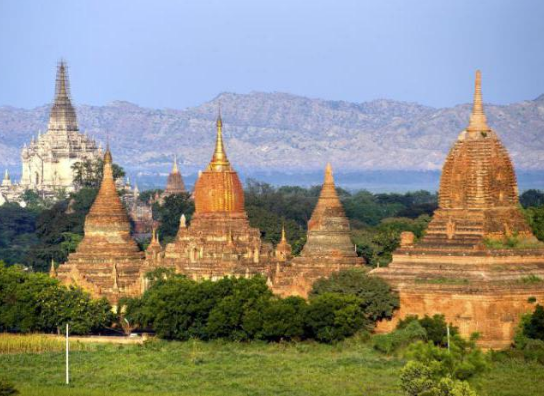 Beach recreation in Myanmar is unusual. Burma has a unique coastline. Especially here will be interesting to those who are fond of diving.

The underwater reefs, colorful ocean flora and fauna will not leave you indifferent. A fabulous soft sand on the beach, clear water, comfortable hotels and private hotels, unusual souvenirs will give you an unforgettable holiday. 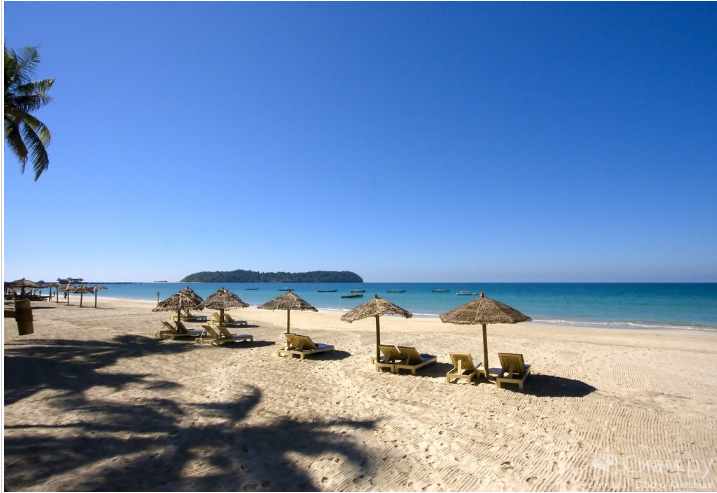 Just do not forget that Myanmar is the second country after opium production. Be vigilant and do not look for unnecessary adventures.

This country attracts with its exotic luxury and mystique. There is a wide variety of entertainment. Go on a cruise on the Ierawadi River or in the air in a balloon, swim in the mountain lake Inle. The beaches of the Adaman Sea and the Bay of Bengal welcome you with their arms around the sea. 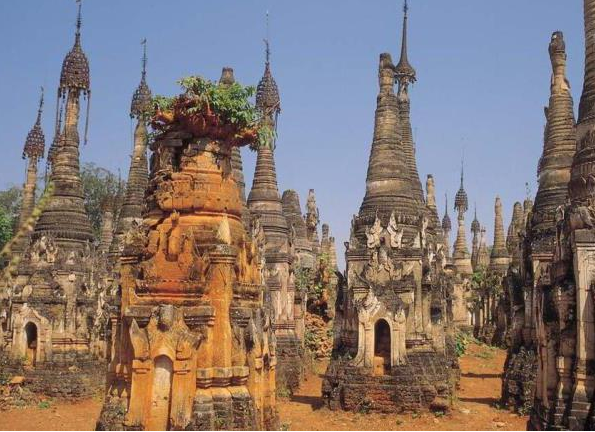 If you – a fan of stories about Mowgli, have long dreamed of seeing the ancient abandoned city in the jungle thickets, then interesting and guided tours through the dead city you will love.

There is virtually no difference in cuisine in Myanmar, compared to the southeastern. Traditional rice and noodles reign in all cities. But even these dishes have their own characteristics.

Through the influence of the culture of neighboring countries in restaurants and cafes you can find Indian, Thai and Japanese cuisine. In Myanmar are very popular dishes such as mohinga (rice noodle soup with fish, garlic and lemon grass). Very often you can find in restaurants serving “sets”, when together with rice various spices, curries, fresh vegetables and so on are served.

You should definitely try folk sweet dishes, such as sweets made of rice flour similar to mannik. Such pastries can be found not only in cafes or restaurants, but also in local bakeries.

If a tourist comes from Russia or Europe, you should switch to the local cuisine very slowly and carefully, because it differs significantly from the traditional Slavic food.

Restaurants and cafes around the country a sufficient number, so you need to focus on where a lot of people. In such places, as a rule, the food is inexpensive and tasty. 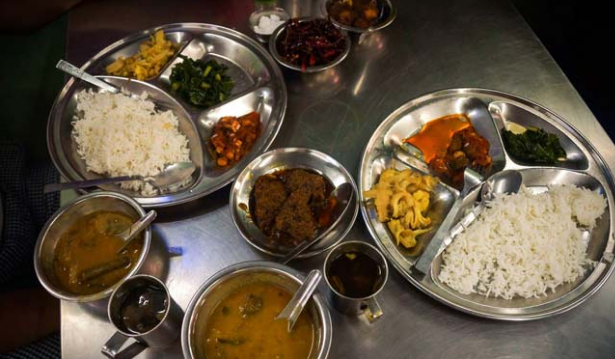 Is there anything to be afraid of?

On the streets you can meet very kind people who have a positive attitude to the tourists. This behavior was formed under the influence of the Buddhist worldview.

There are very strict penalties for crimes against foreigners in Myanmar, so the fear of the law among the locals is quite high. Still, before choosing a place to stay, you should definitely focus on the following factors: